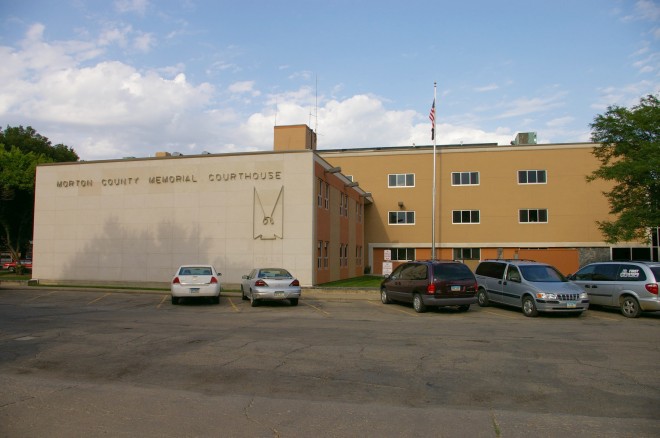 Morton County is named for Oliver Hazard Perry Throck  Morton (1823-1877), who was governor of Indiana during the Civil War and a United States Senator. 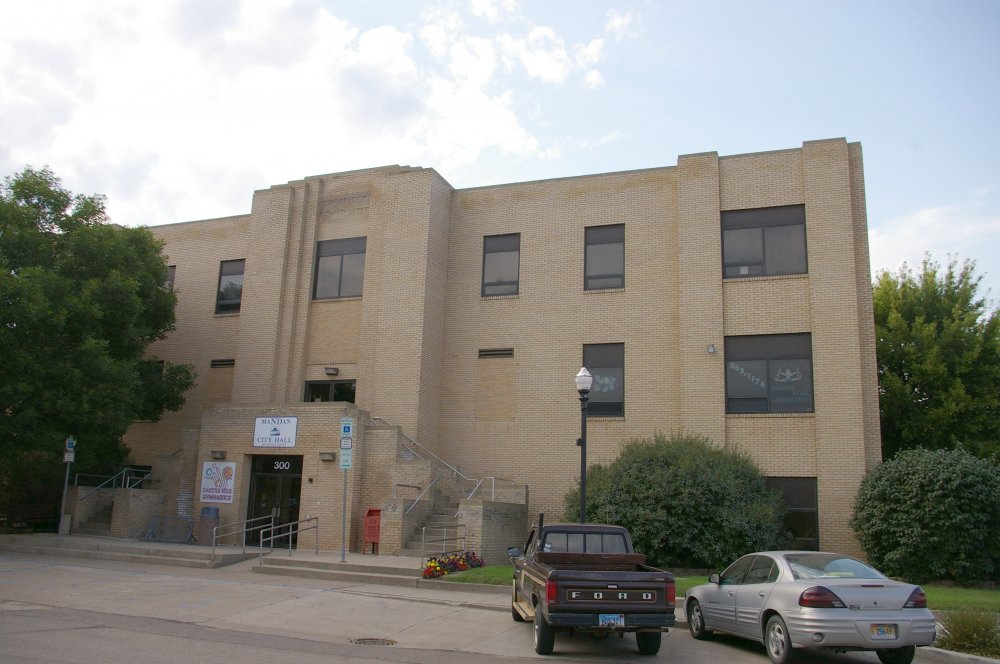 Description:  The building faces south and is a three story buff colored brick, concrete and limestone structure. The building is located on landscaped grounds in the center of Mandan on the west side of the courthouse. The south front has a projecting center section with arched entrance on the first story. The roof line is flat. The building is named as the World War Memorial Building and houses the Mandan City offices. 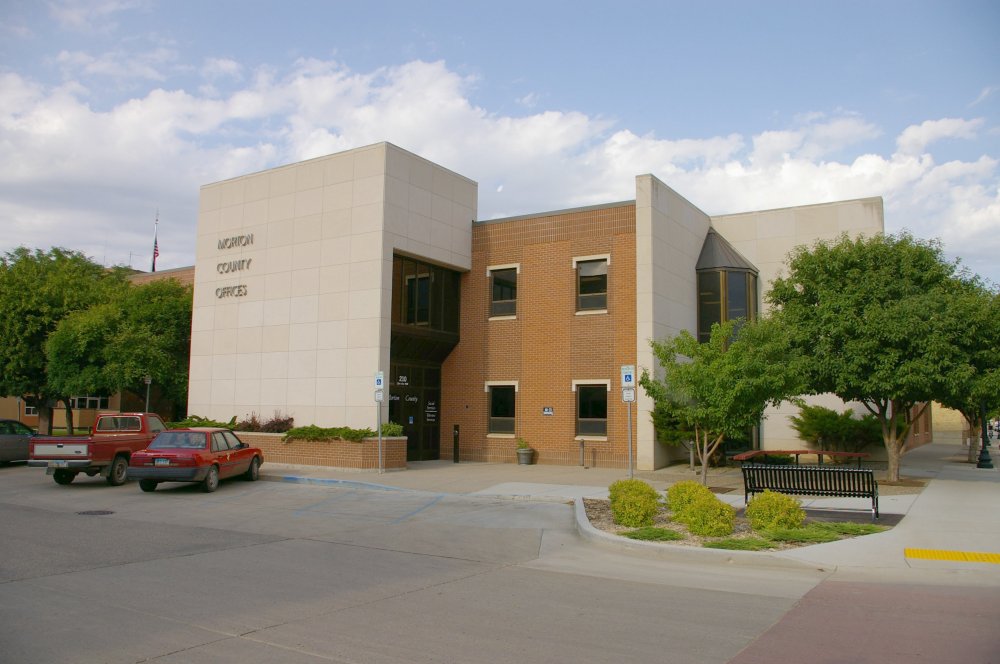 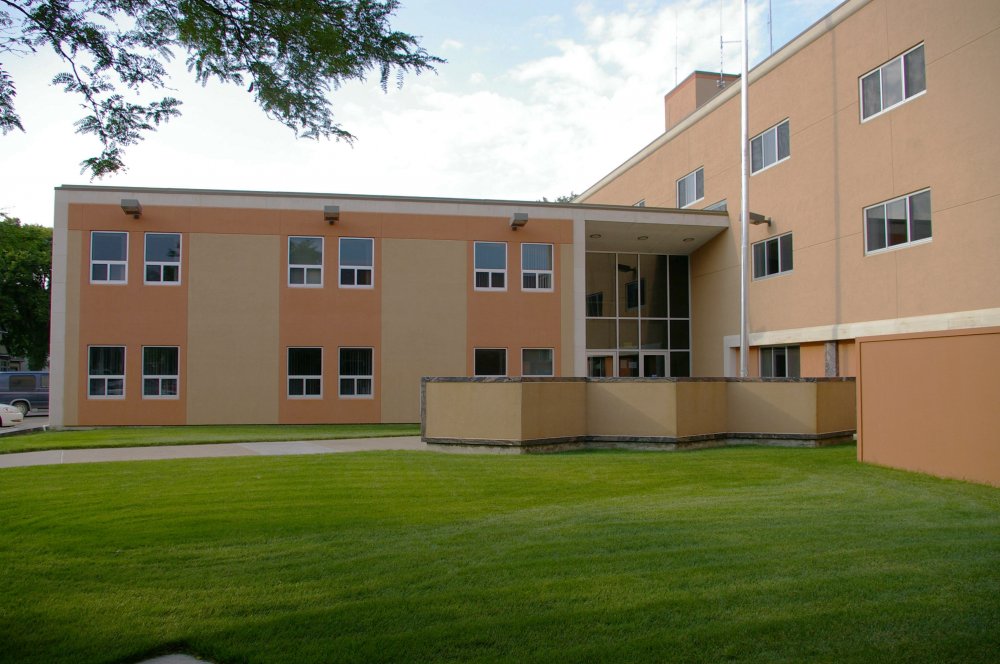 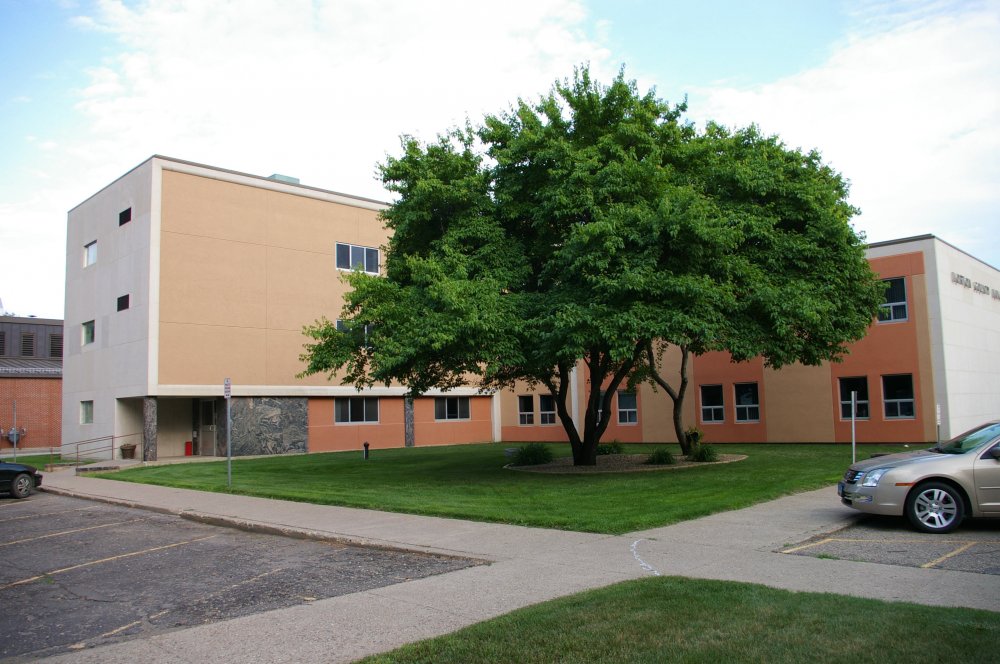 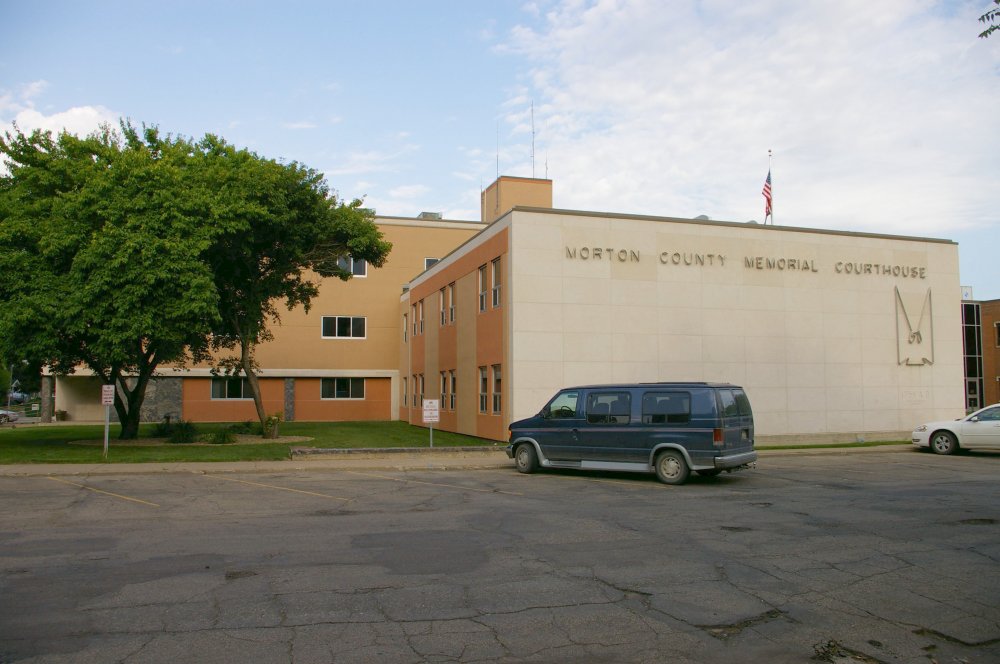 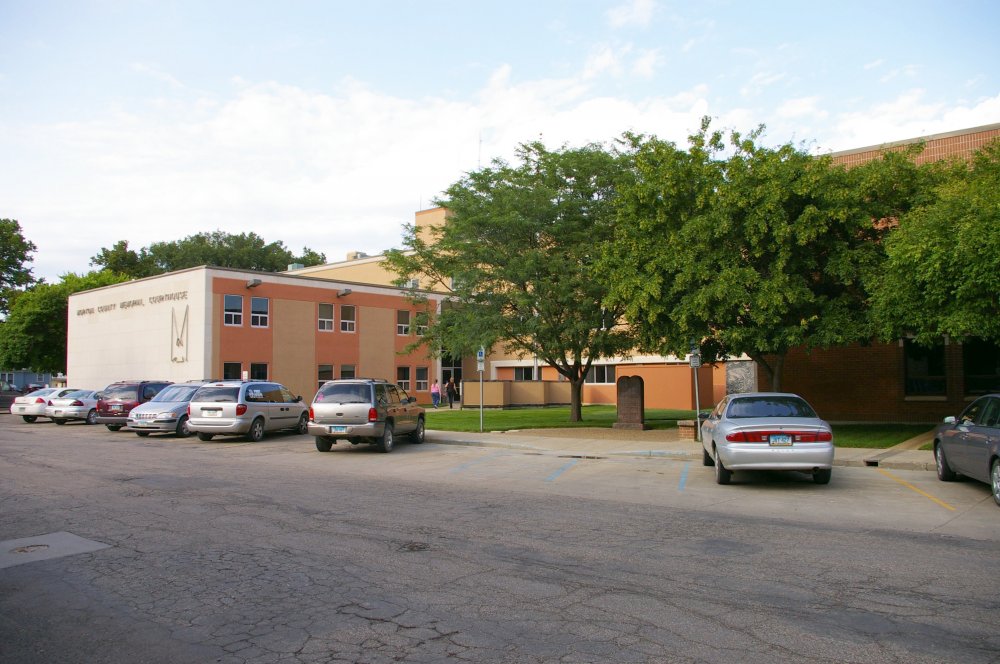 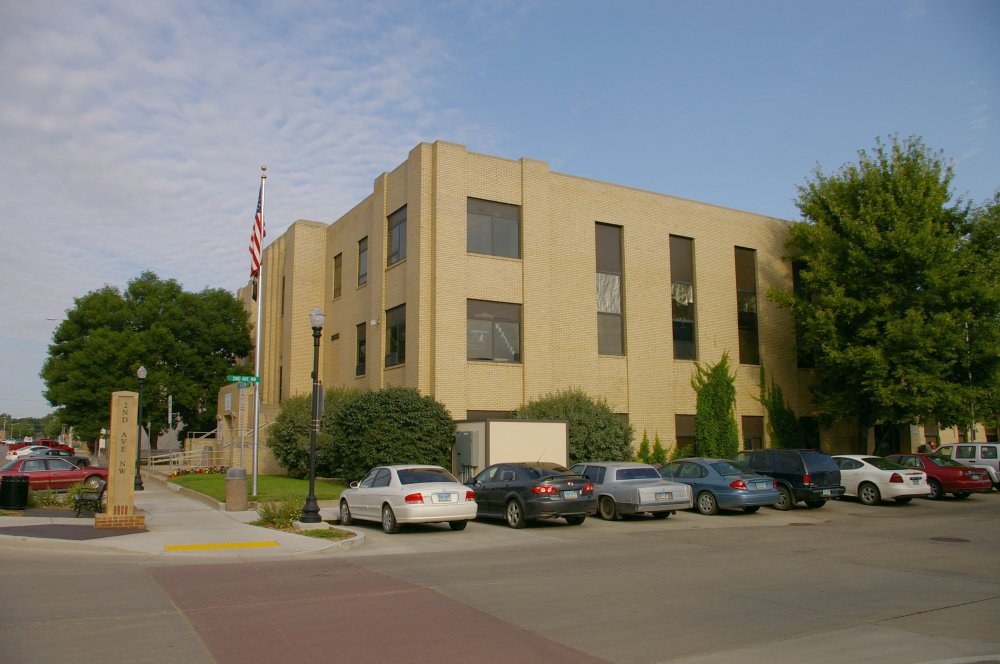