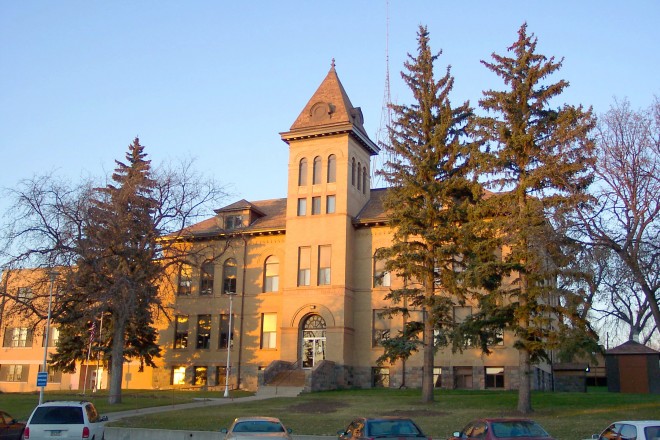 McLean County is named for John A McLean of Bismarck (1849–1916), a pominent merchant and the first mayor of Bismarck. 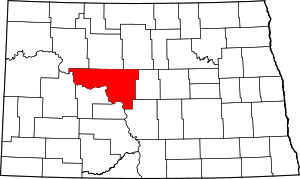 Description:  The building faced south and was a two story buff colored brick and concrete structure. The building was located on landscaped grounds on the north side of the center of Washburn. The south front had a high central square brick tower rising from the entrance to the gabled roof. The second part of the building was constructed in 1917. The architect was Hancock Brothers and the contractor was Andrew Person. In 1963, a modern addition was built on the west side. The jail was constructed by Pauley Jail Construction Company. The building was razed in 2013. 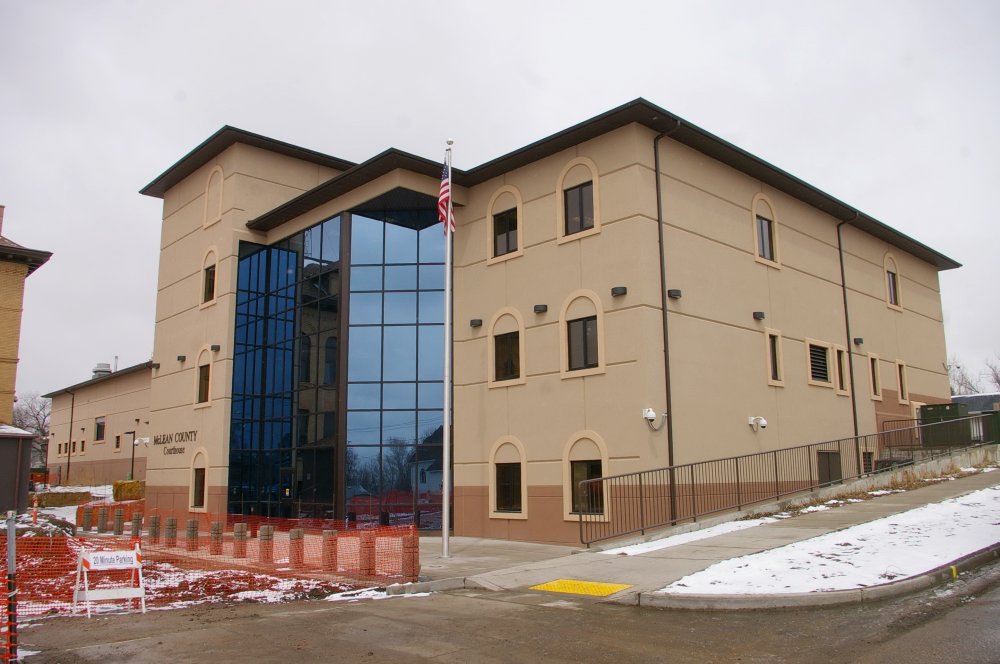 Description:  The building faces south and is a four story buff colored brick, concrete and glass structure. The building is located on landscaped grounds on a slight slope on the north side of the center of Washburn. The south front has a large central glass section. On the west side is a four story section. The windows are small with surrounding trim. The roof line is flat. The courtroom is located on the third story. The building houses the County District Court of the South Central Judicial District. On the west side of the building is the County Law Enforsement Center. 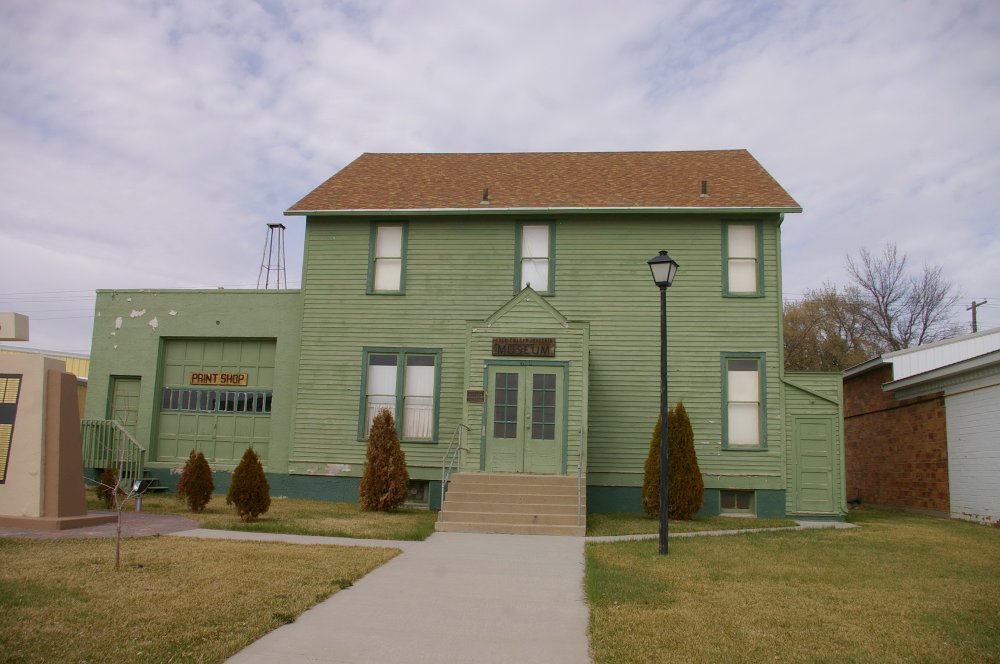 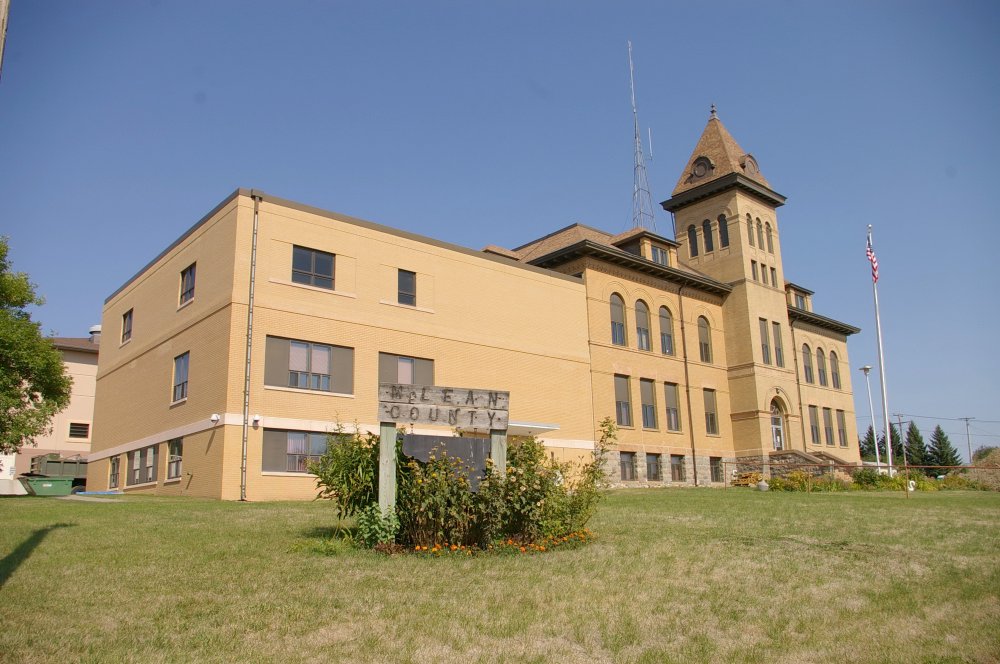 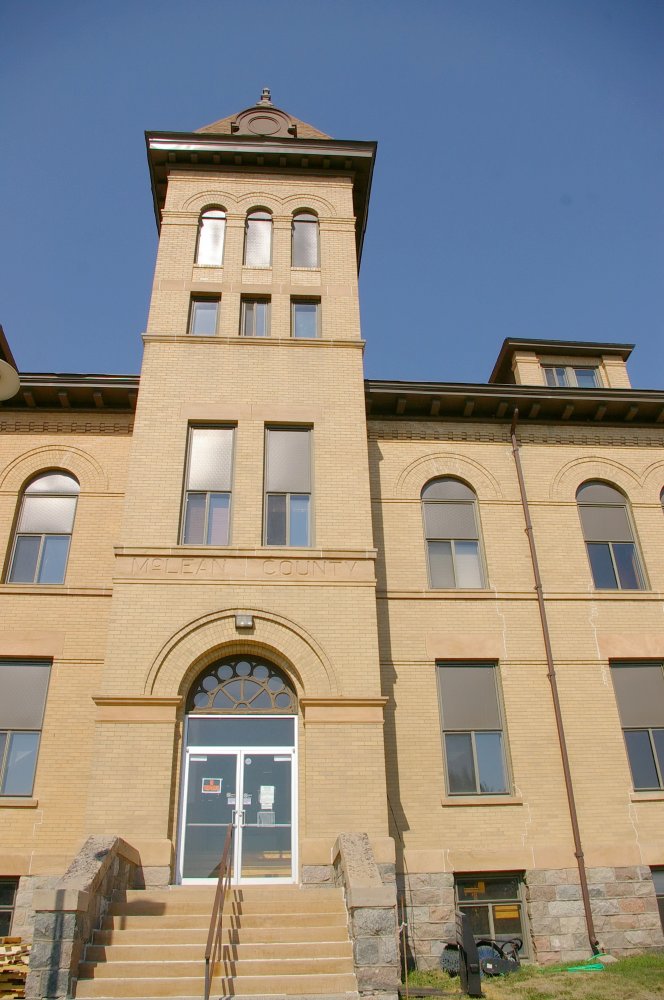 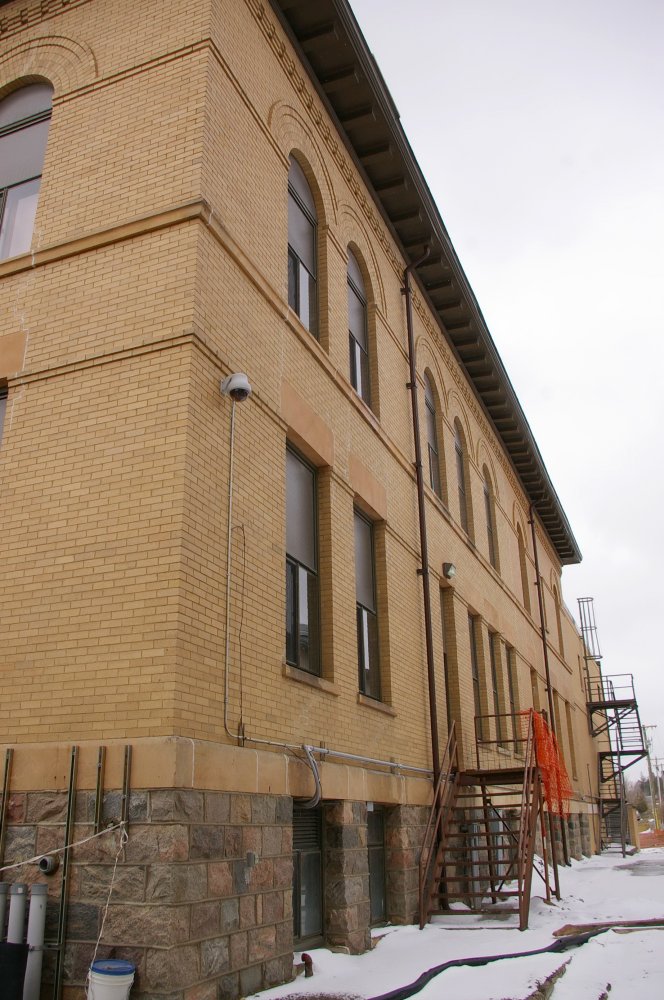 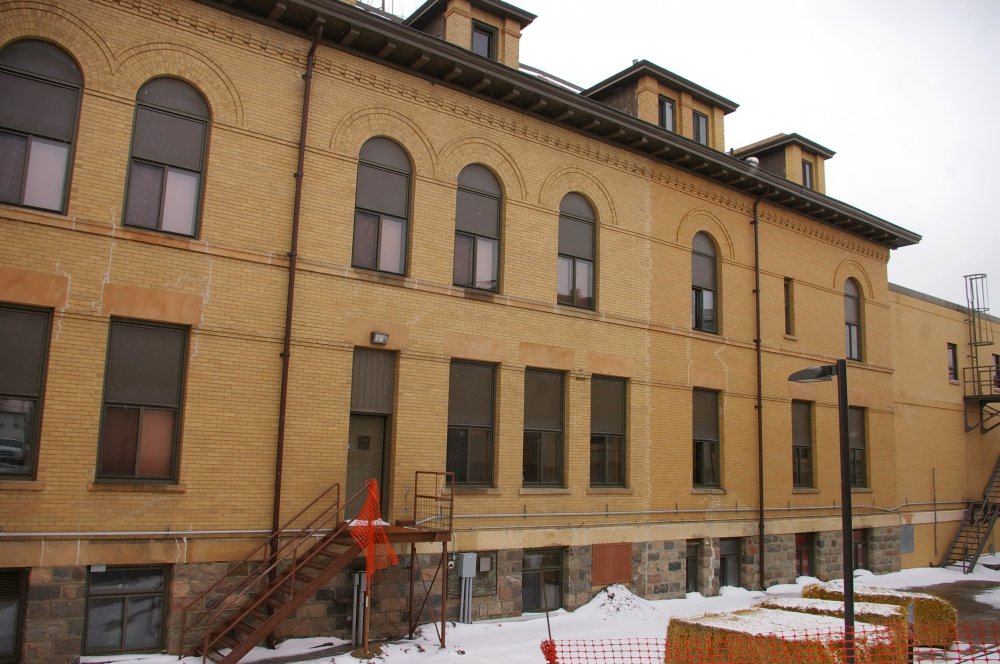 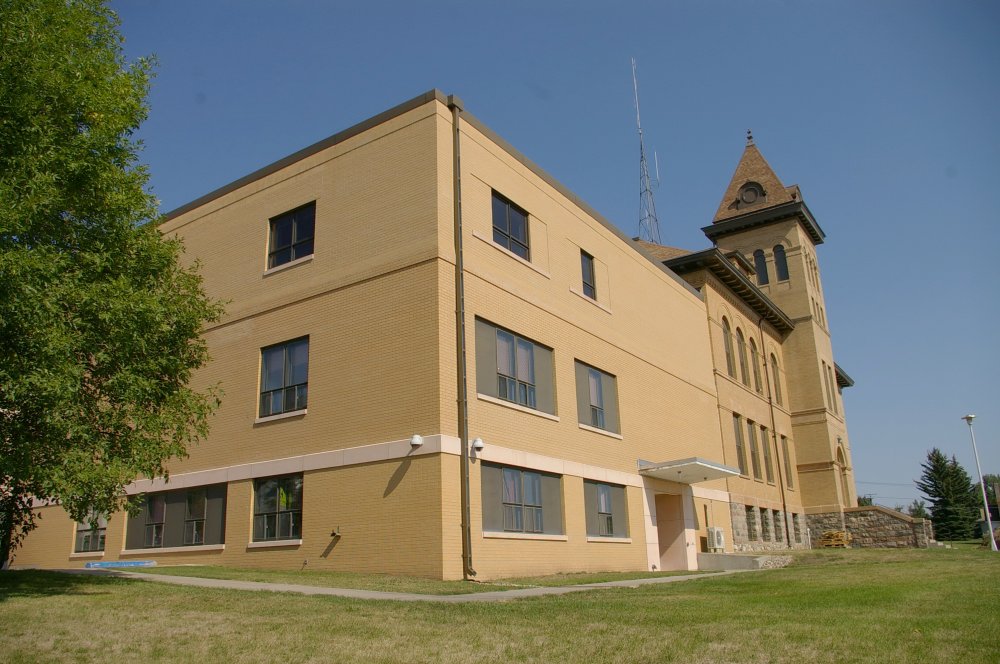 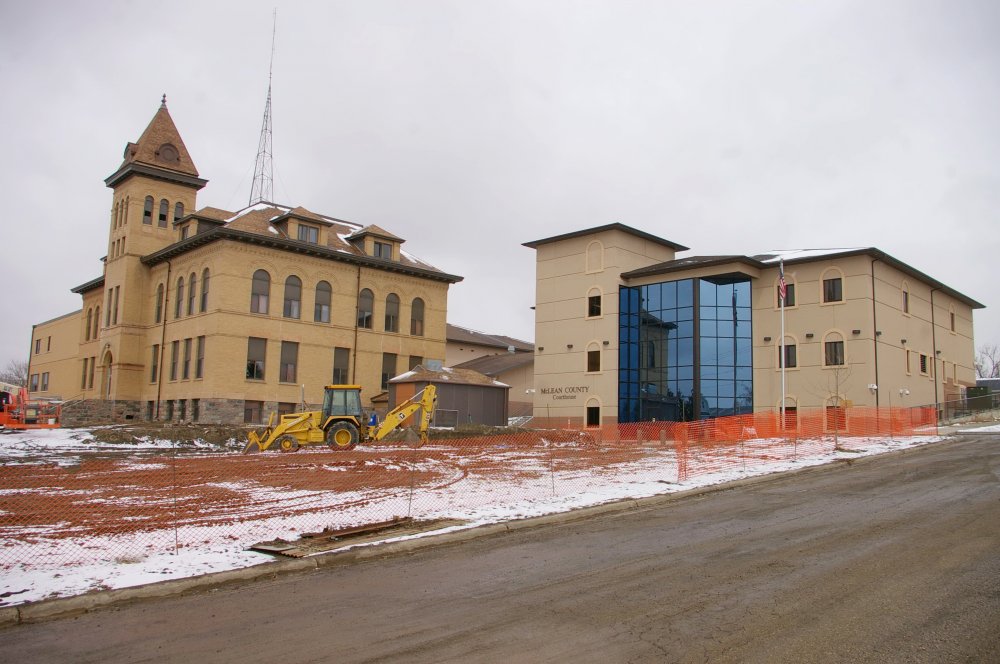 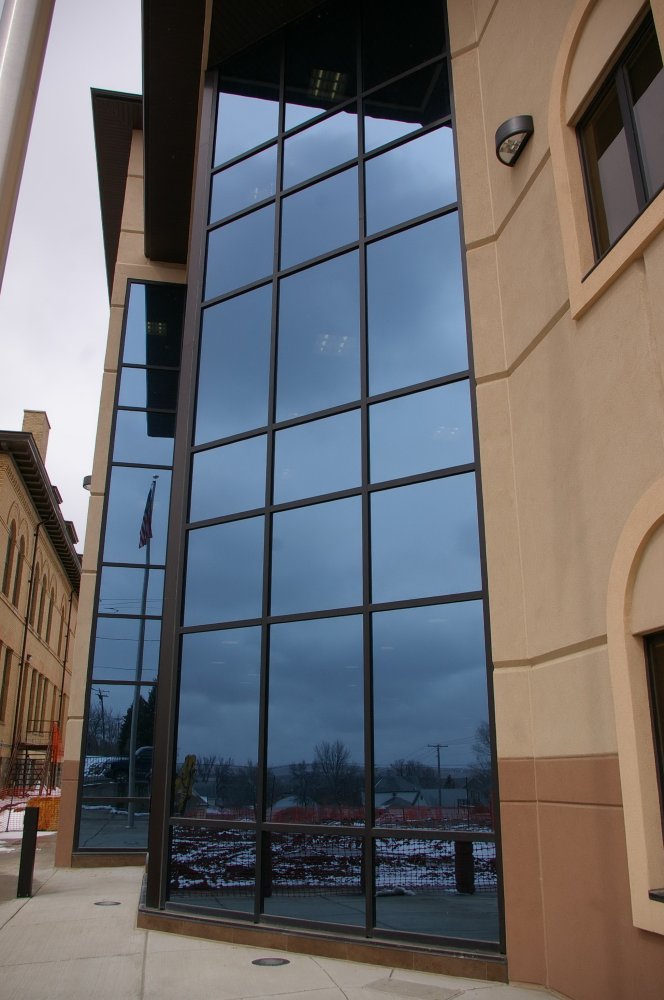 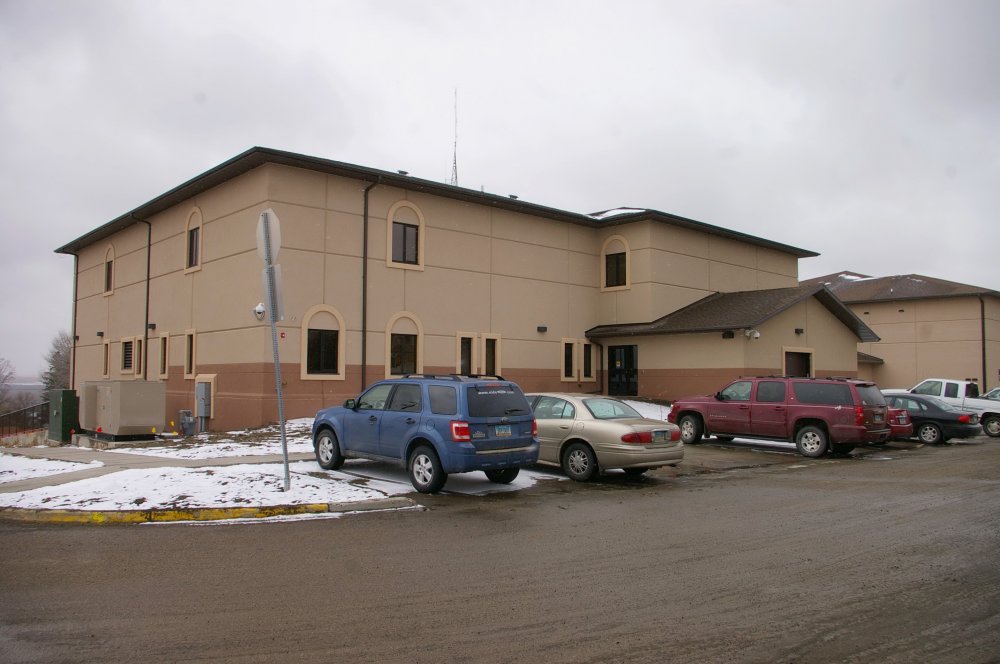 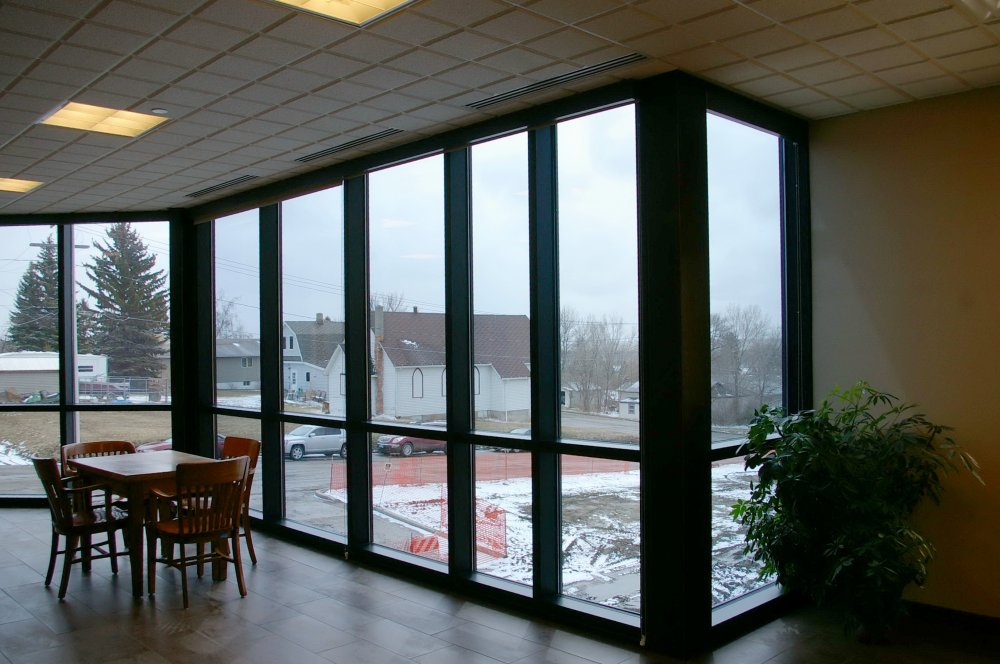 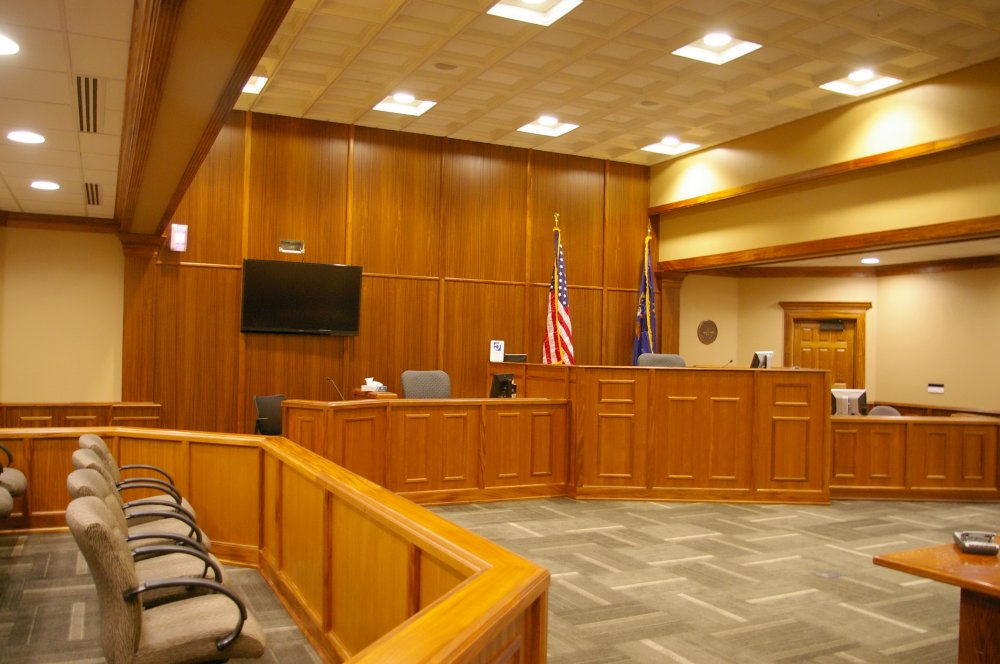