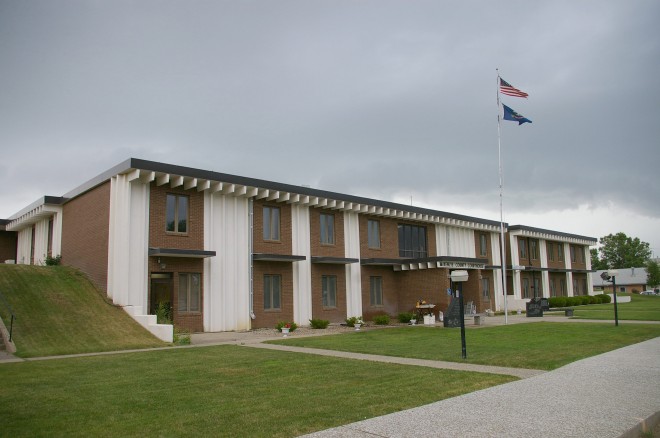 McKenzie County is named for Alexander McKenzie of  Bismarck,  North Dakota ( 1851-1922 ), credited with helping to engineer the removal of the capital of the Dakota Territory from Yankton, South Dakota to Bismarck, and a political leader.

Description:  The building faces east and is a two story red-brown colored brick structure. The building is located on landscaped grounds in the center of Watford City. . Along the east front are white colored vertical dividers. The east front has a small portico of red colored brick. The roof line is flat. The building houses the County District Court of the Northwest Judicial District. The building was enlarged in 2015. The architect was ICON and the contractor was Construction Engineers. 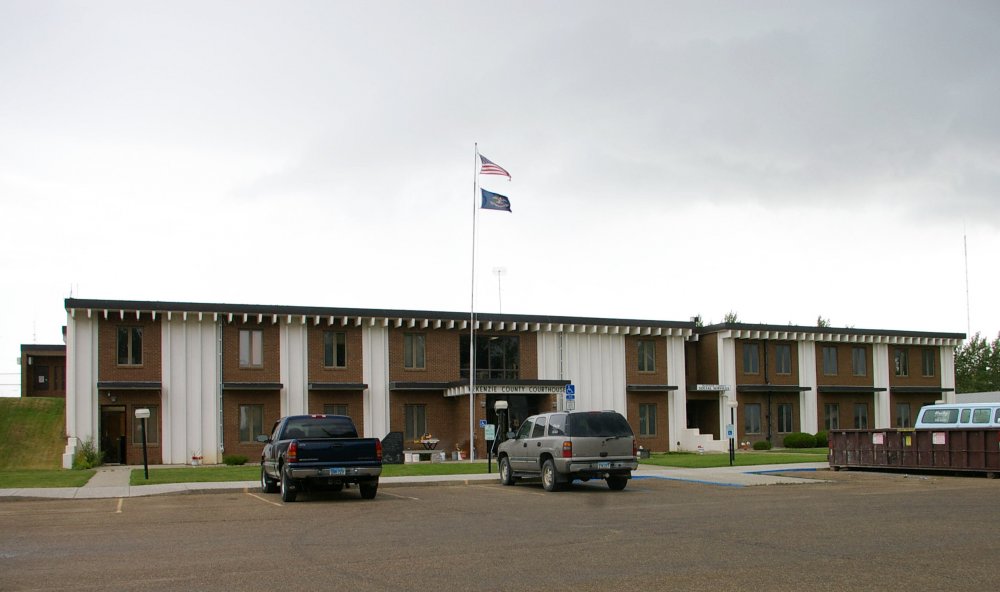 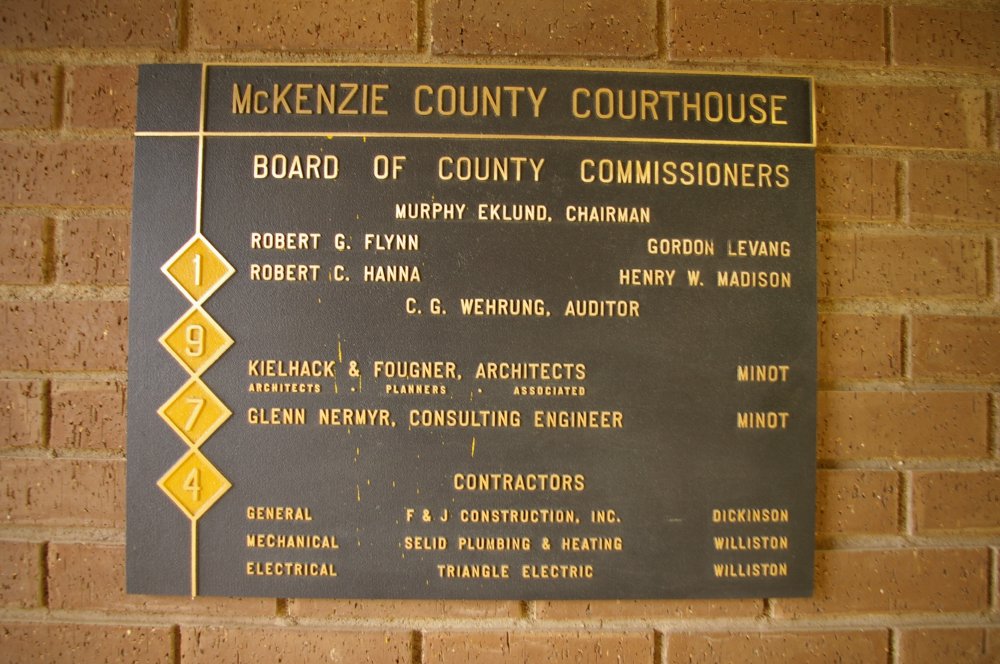