McIntosh County is named for Edward H McIntosh (1822-1901) of Plankinton, South Dakota, a member of the territorial Council.

Description:  The building faces south and is a three story light brown colored brick and concrete structure. The rectangular shaped building is located on landscaped grounds in the center of Ashley. The building has a raised basement and has a white colored octagonal dome on the center of the roof. The basement is dark brown colored brick. The building features flat facade cornice and metal entablature supported by simple brick pilasters with stone caps. The south front facade pavilion has single Doric columns flanked by brick pilasters, and an entrance surround with loaf pattern and false keystone enrichment. The stubby dome tower has three rectangular windows on each of its eight faces, and is surmounted with a rib-vaulted dome with bull’s-eye windows on the cardinal directions and a sphere finial. In the interior is a rotunda under the dome, richly decorated rotunda with skylight, terrazzo floors, marble wainscoting on second floor halls and stairways. On the third story is the County District Court courtroom with coffered ceiling, oak furnishings, and a mural behind the judge’s station. In the basement are the jail cells. The building houses the County District Court of the Southeast Judicial District.

History:  The county was created in 1883 and Hoskins was named as county seat. In 1888, the county seat was moved to Ashley. The first courthouse was a two story frame structure built in 1895. The second and present courthouse was constructed in 1920 to 1921. 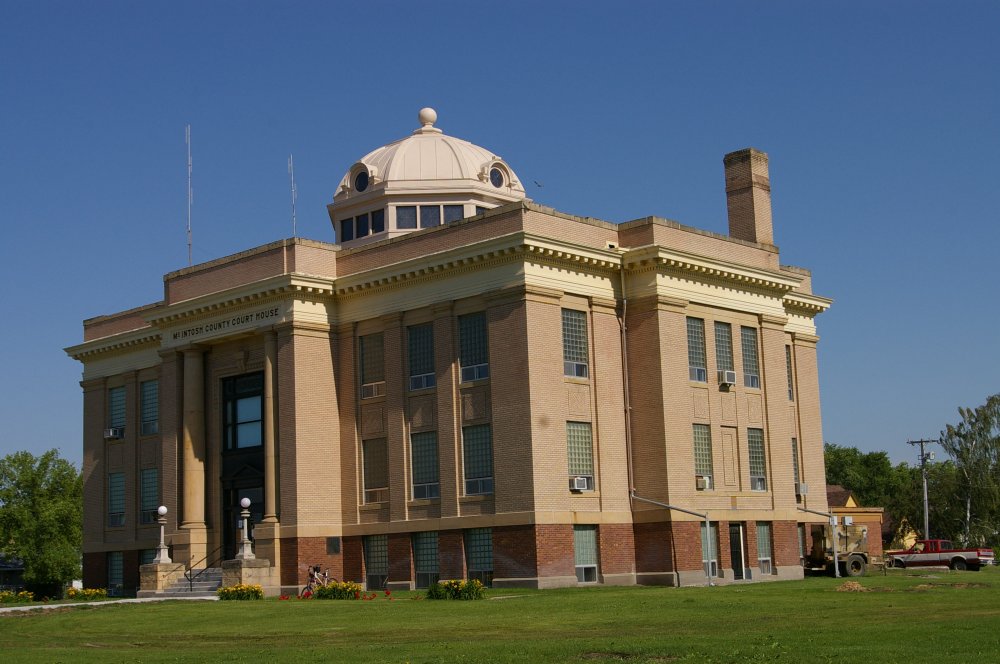 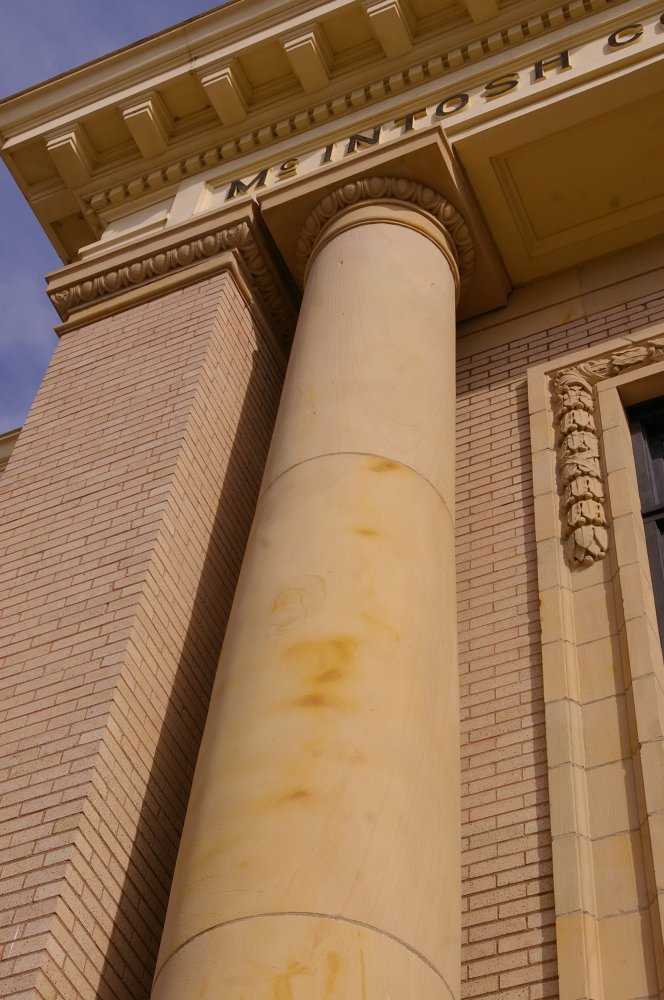 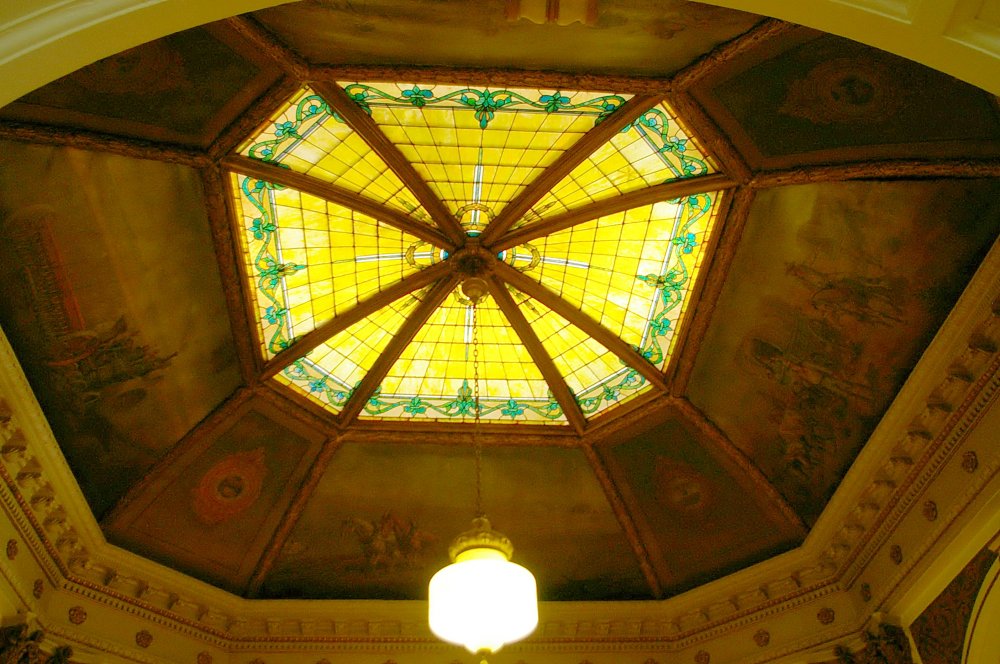 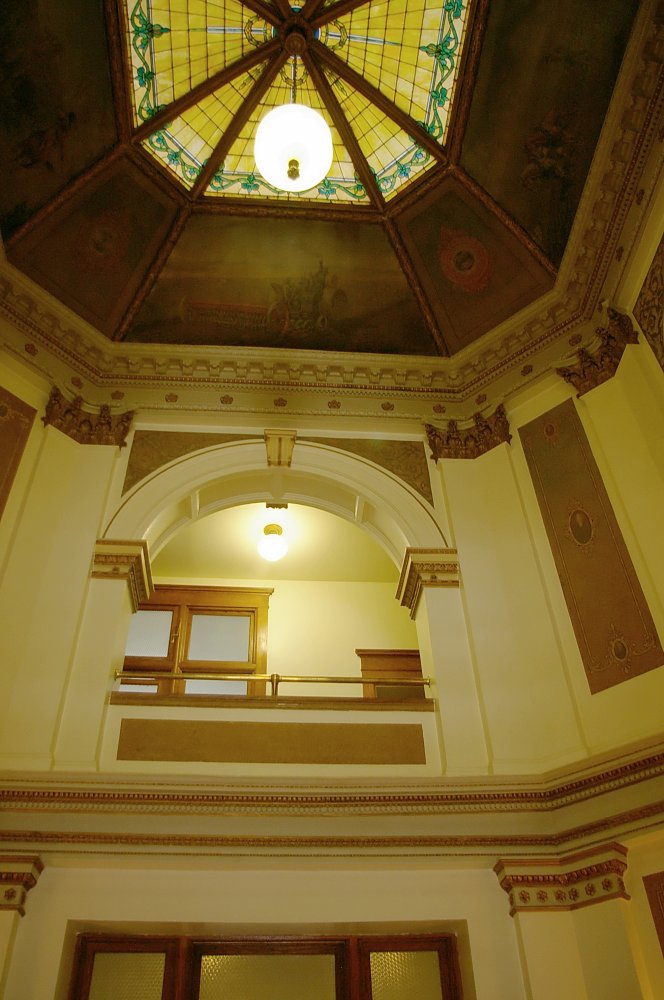 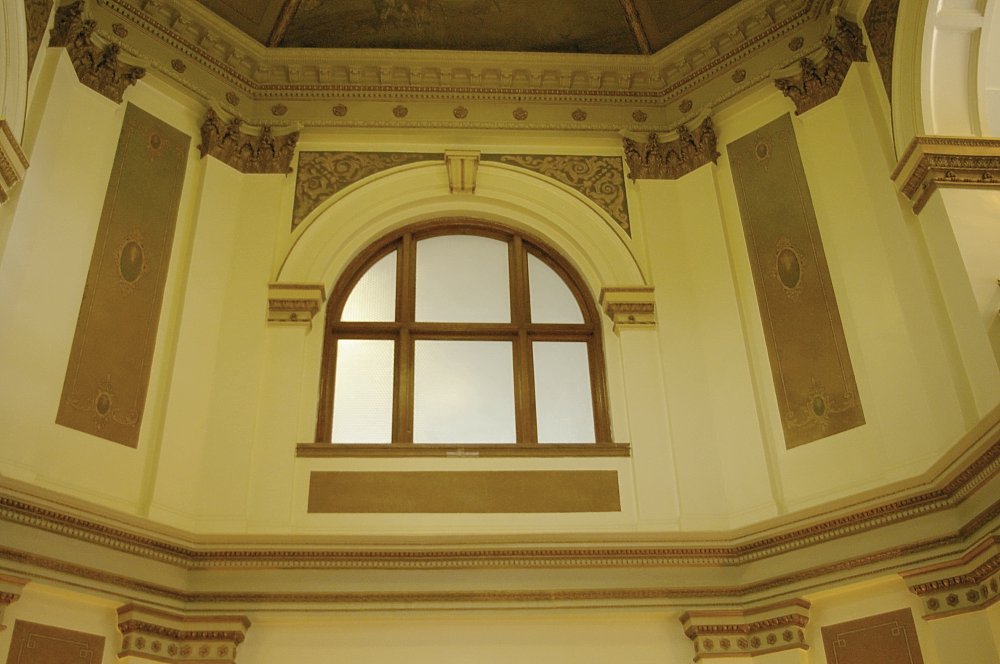 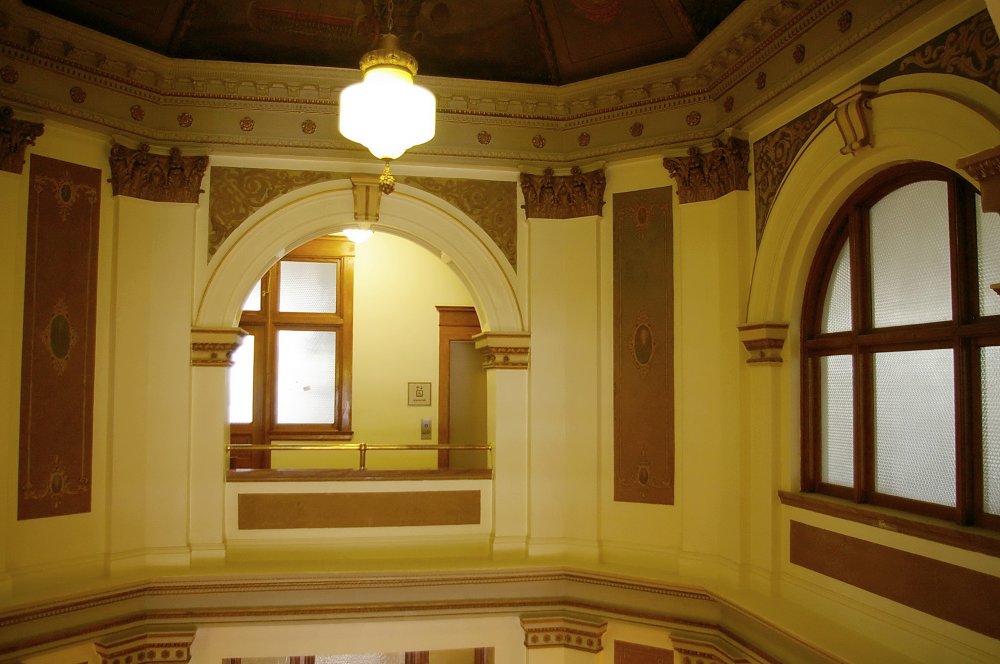 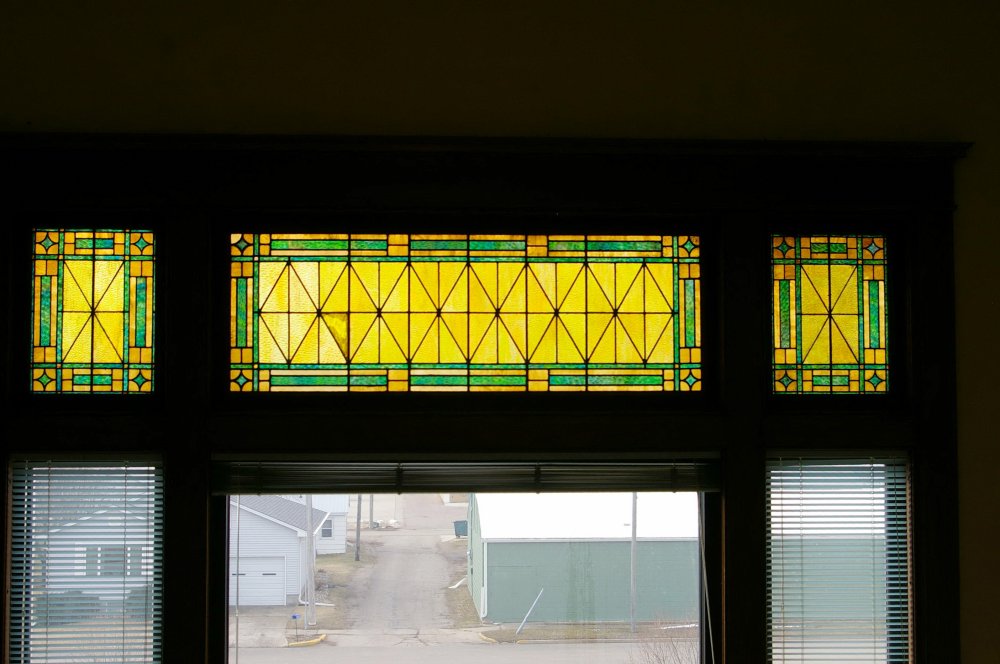 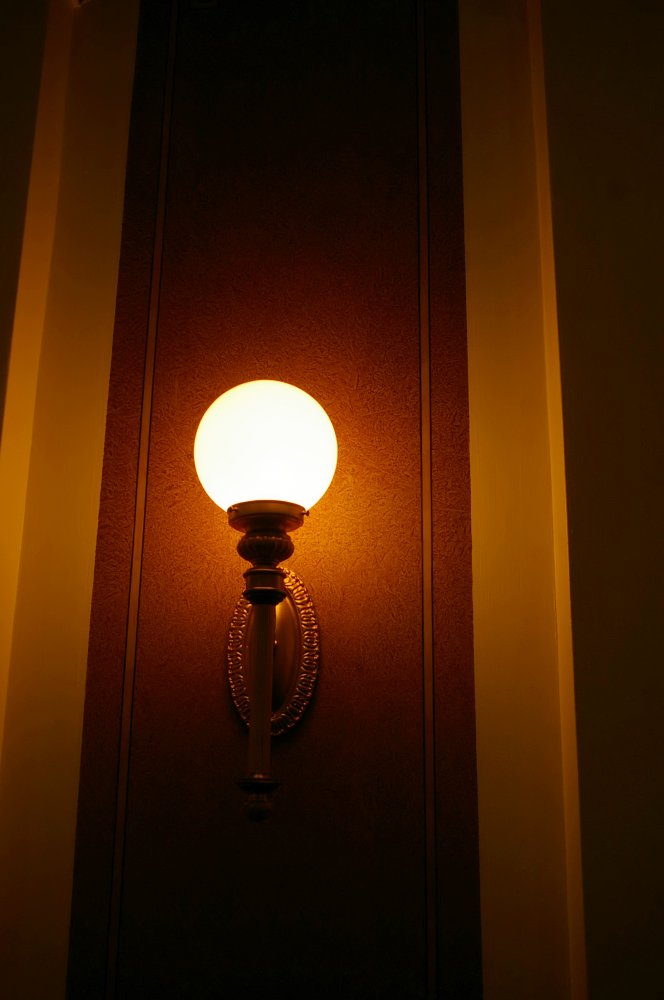 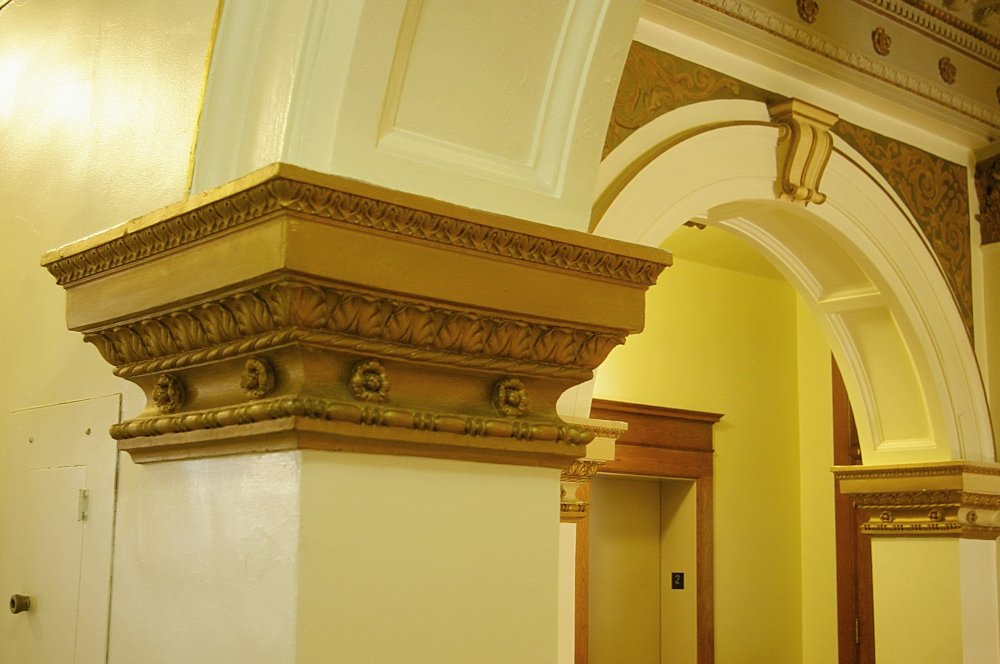