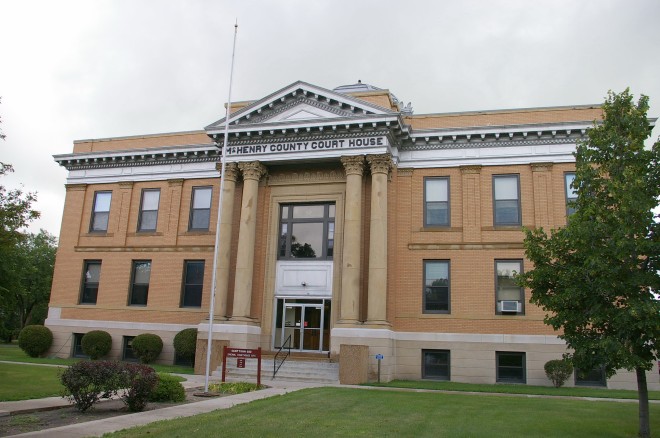 Description:  The building faces west and is a three story light red colored brick and concrete structure. The building is located on landscaped grounds in the center of Towner. The building has a raised basement. The west front of the rectangular shaped building has four large stone columns supporting the Greek style portico. Paired and single pilasters with Corinthian capitols meet the pressed metal frieze and cornices. On the center of the roof is a stubby metal-covered silver colored dome with antefixae around the lower perimeter sits atop a short tower with alternating double and single rectangular windows. Silver colored trim surrounds the extended flat roof line. In the interior is a rotunda beneath the dome. The interior of the courthouse on the second and third stories is simple but retains virtually complete integrity, including original woodwork and furniture in the County District Court courtroom located on the third story. The building houses the County District Court of the Northeast Judicial District. 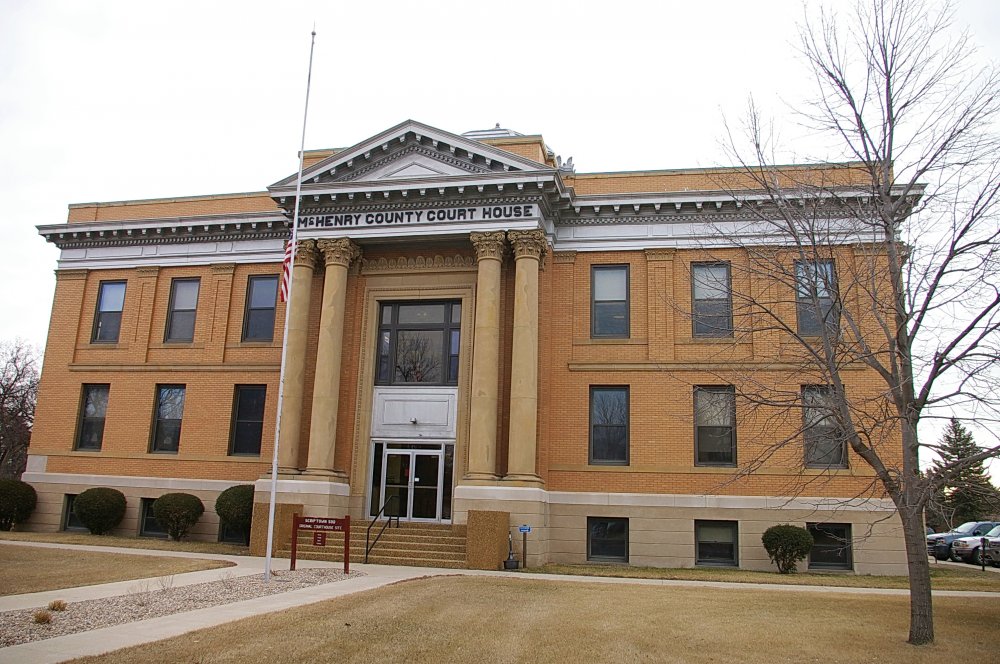 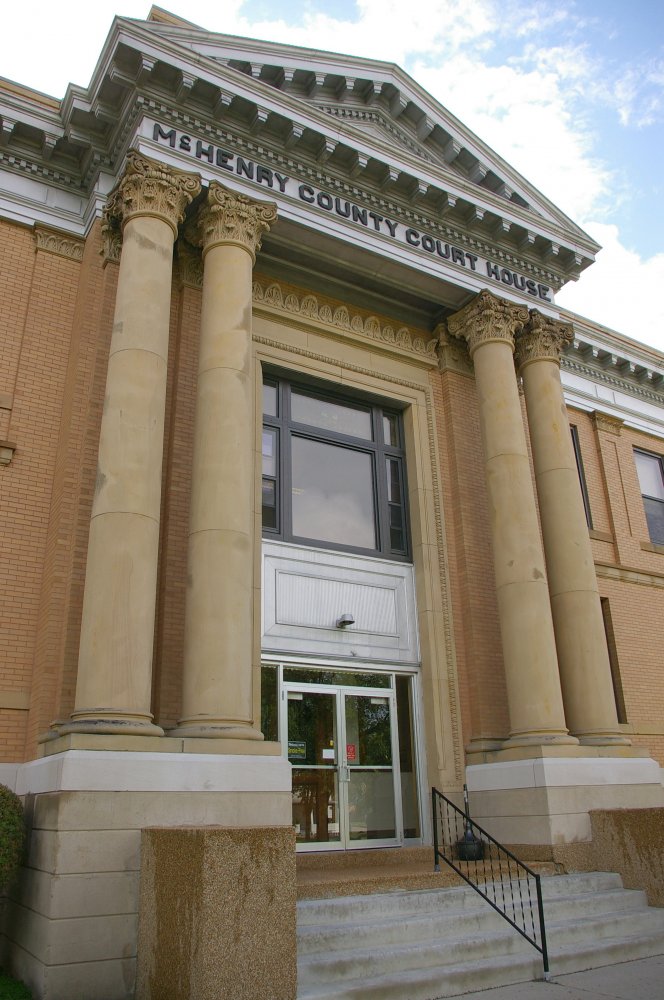 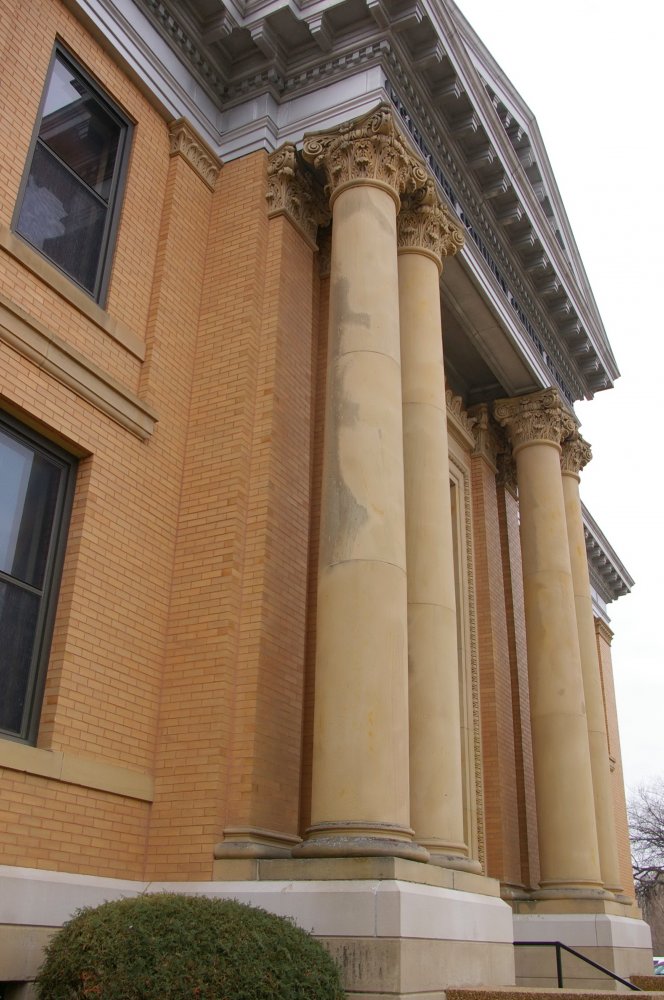 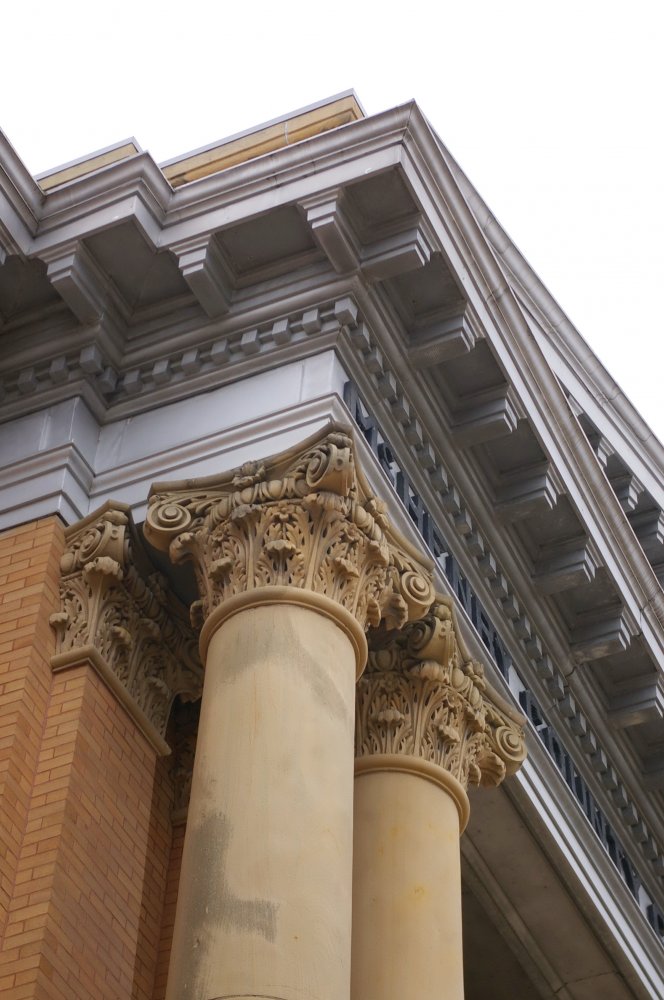 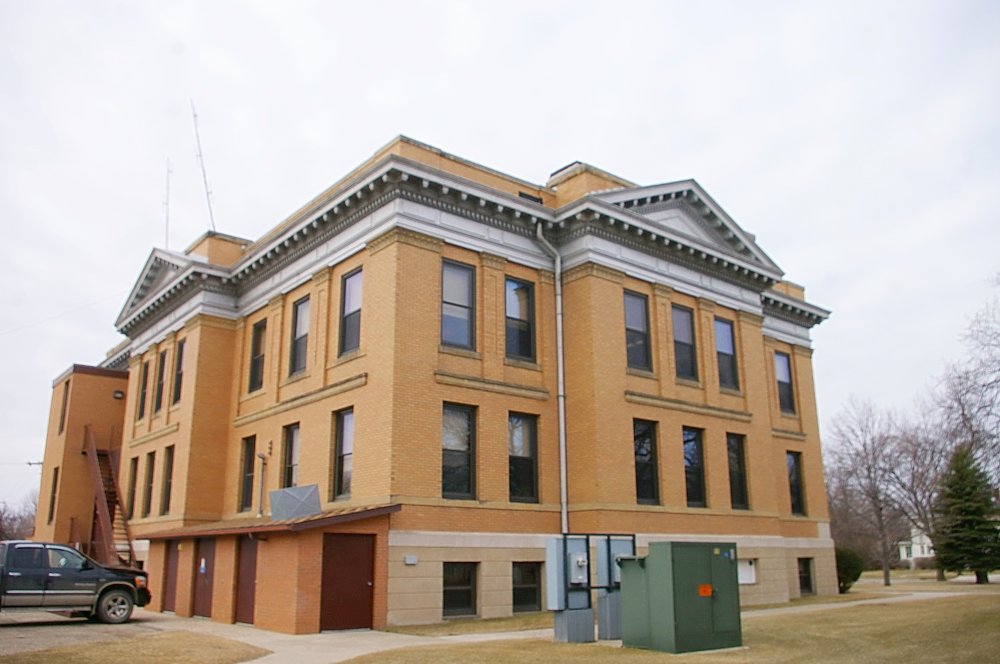 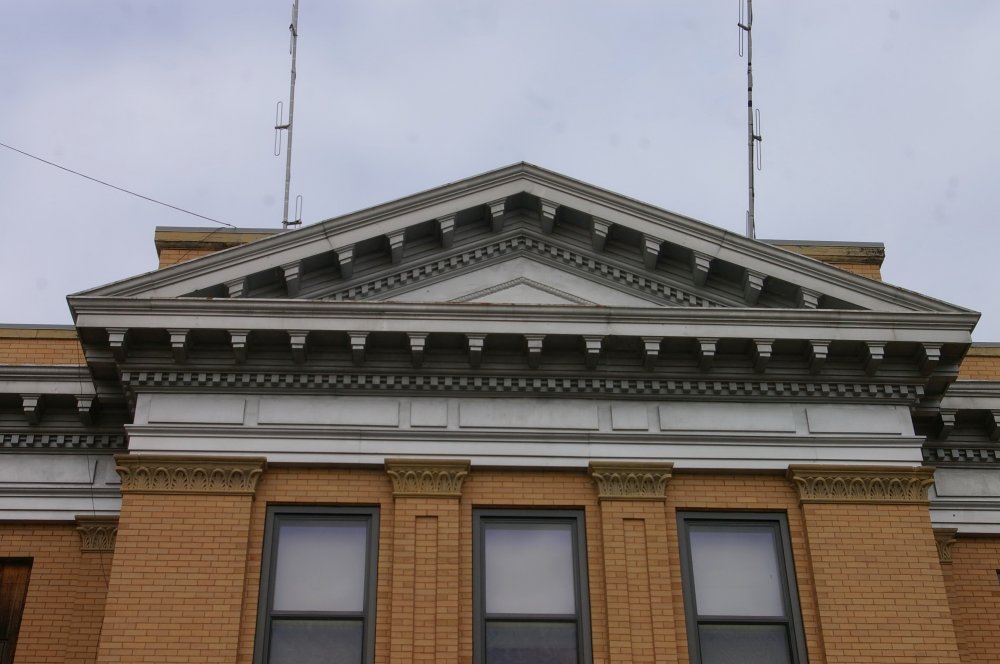 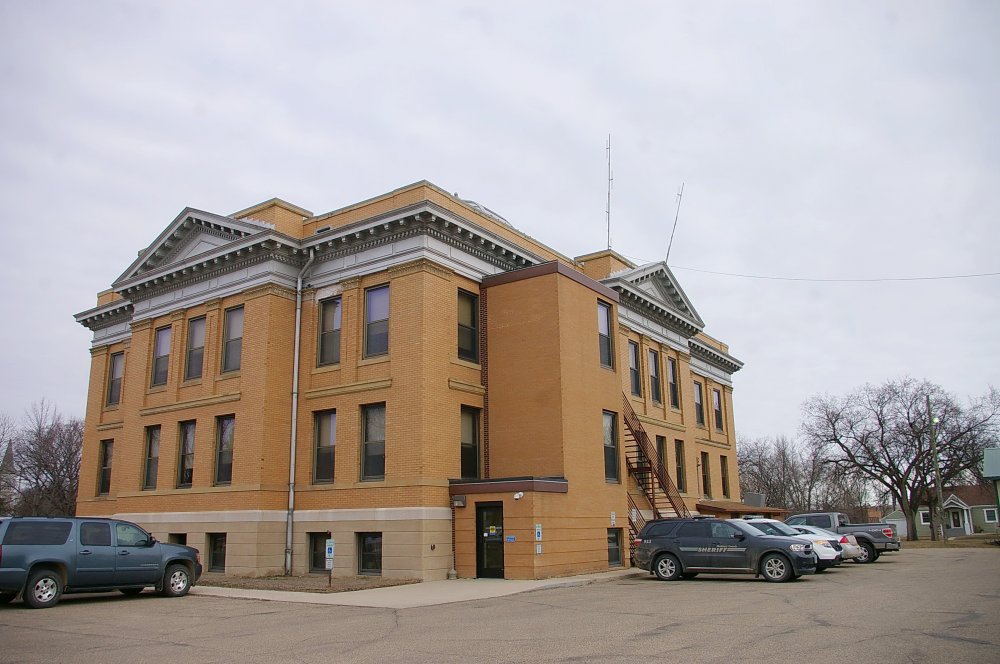 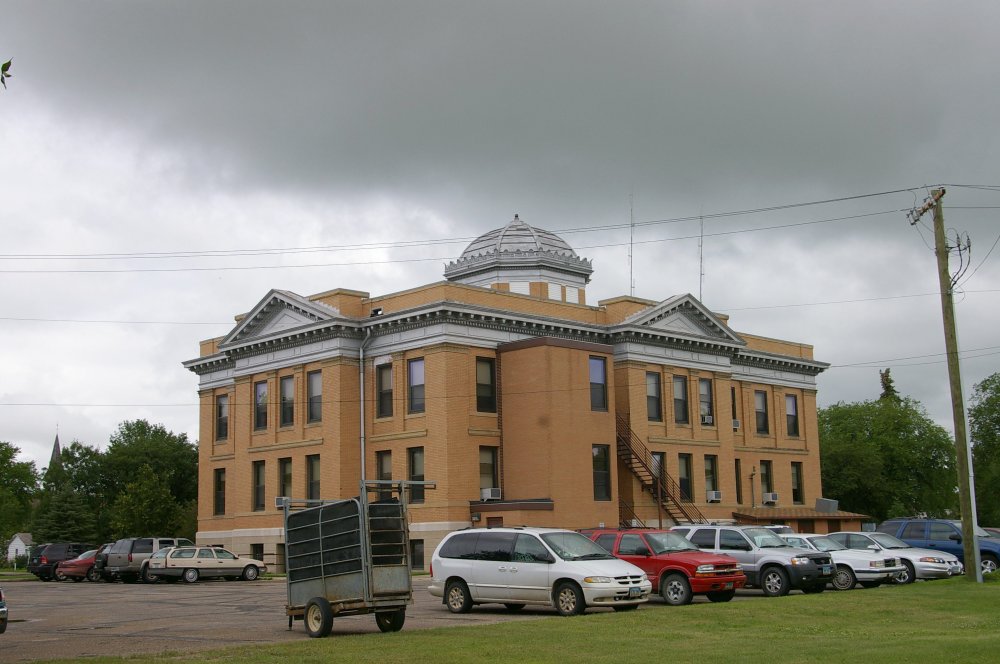 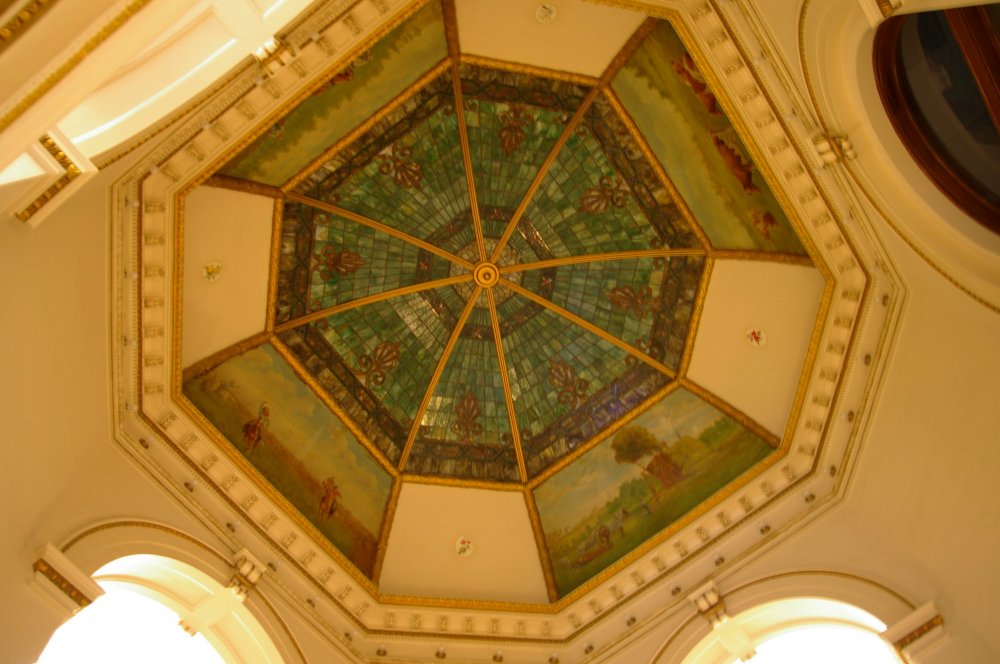 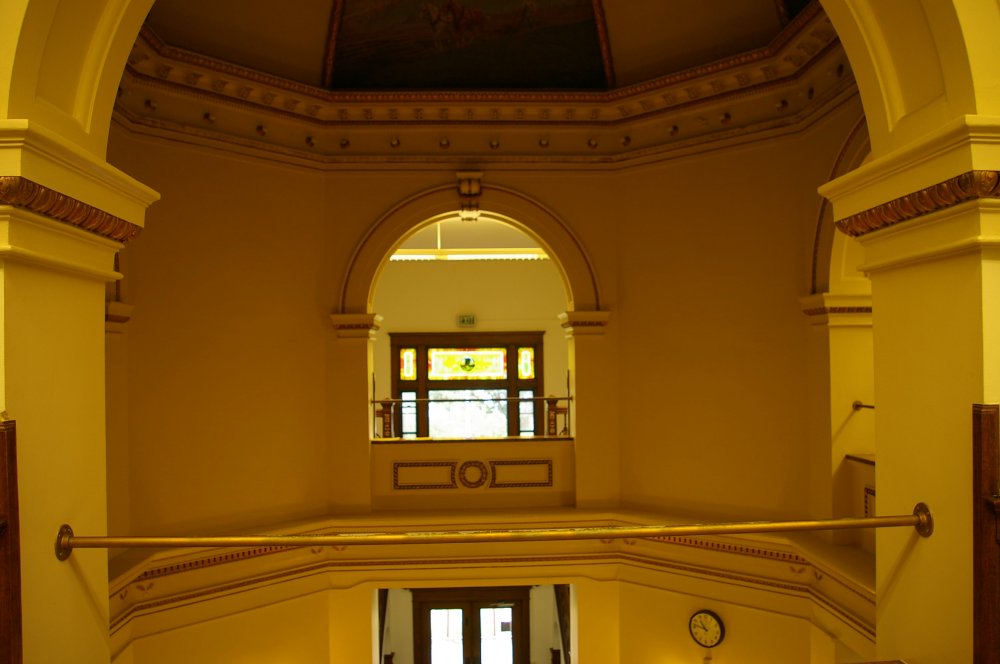 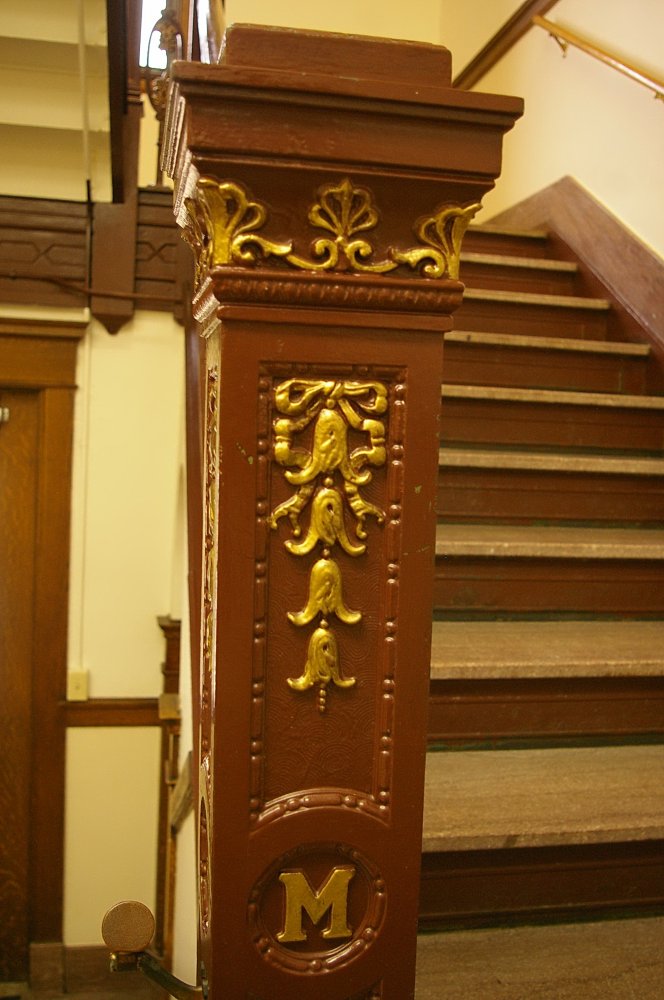 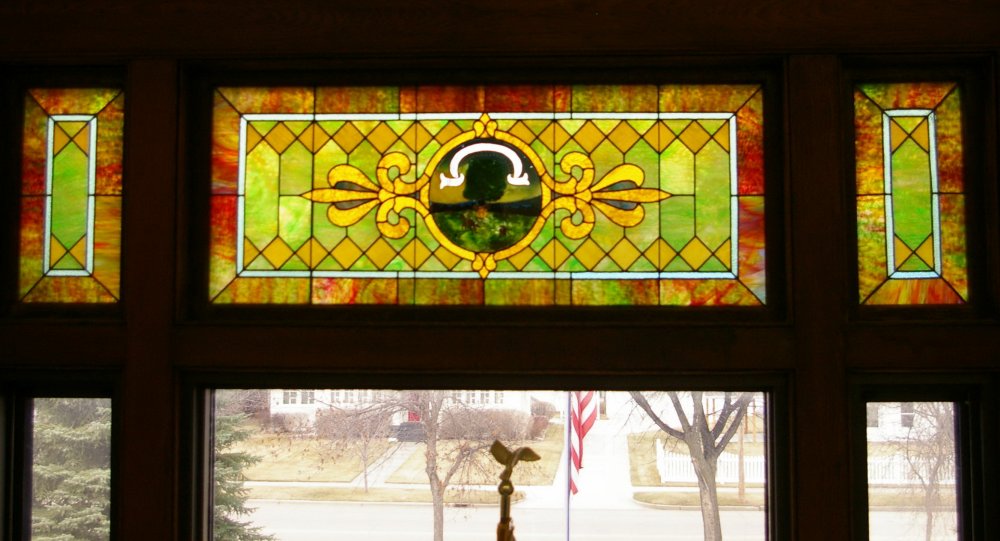 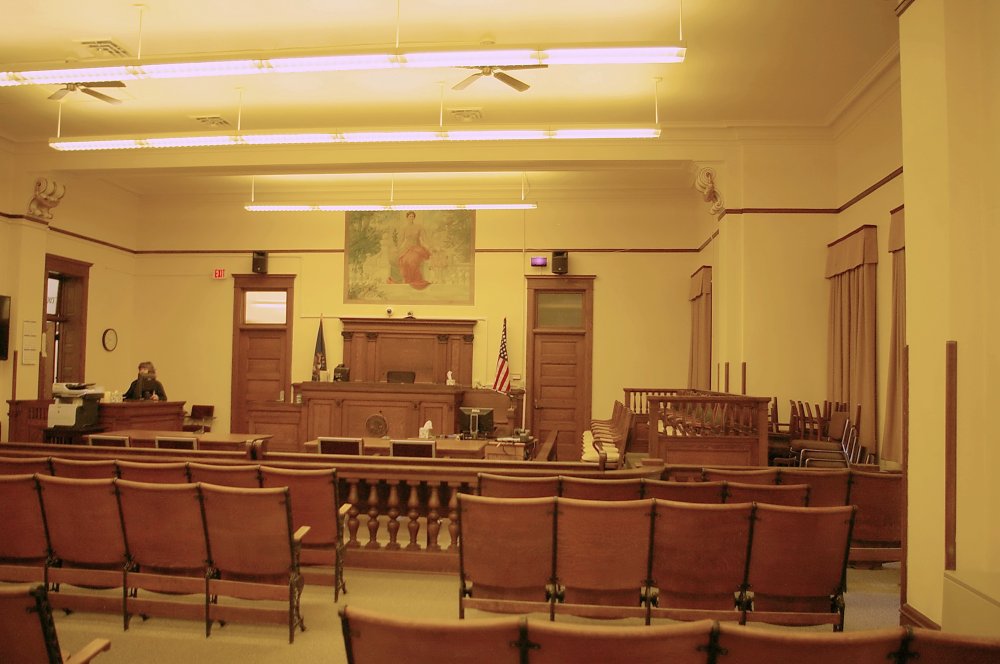 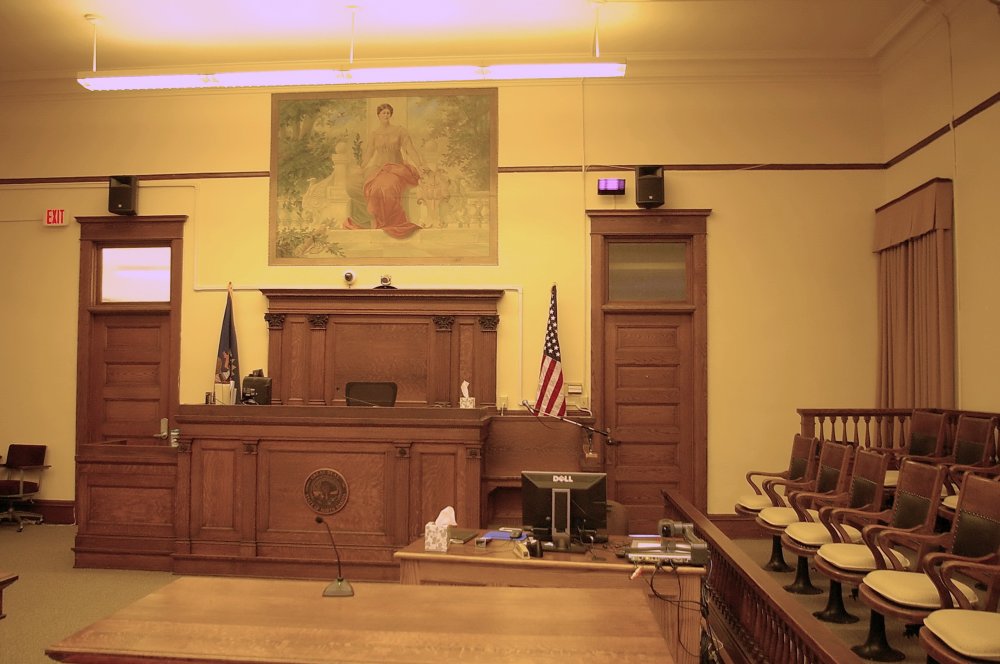 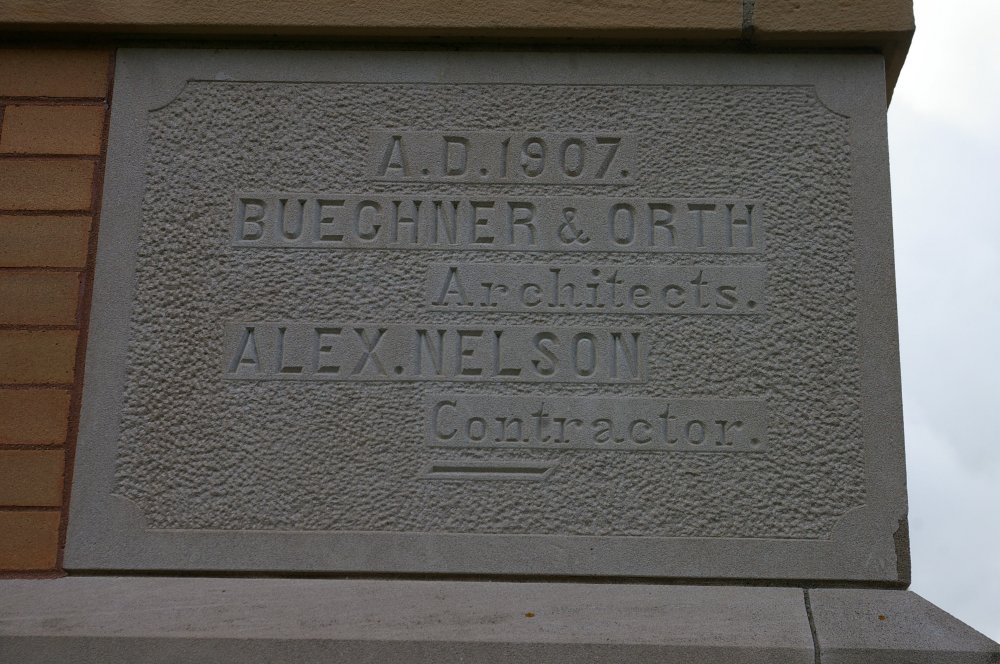