Logan County is named for John A Logan, who was a Civil War general and United States Senator from Illinois, and who lived from 1826 to 1886. 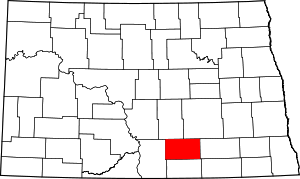 See:  The other Federalist Revival style courthouse in North Dakota is located in Golden Valley County.