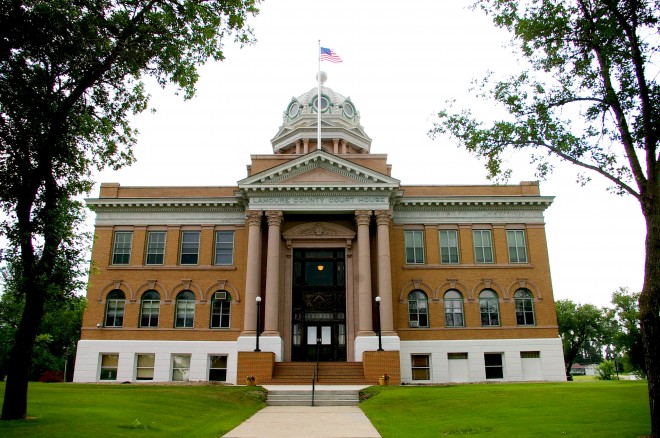 LaMoure County is named for Judson LaMoure of Pembina, North Dakota (1839-1918), who served the first of many terms in the Dakota and North Dakota legislature.

Description:  The building faces south and  is a is a three story dark colored brick and concrete structure. The rectangular shaped building is located on spacious landscaped grounds on the north side of the center of LaMoure. The building has a raised basement and has an octagonal central dome on the roof. Second floor windows are hooded with a corbeled arch surround with exaggerated keystone; second floor windows are lentiled between single pilasters. The front facade features paired Corinthian columns behind which are paired stone pilasters, and a two-story entrance surround with ornate hood. Original leaded glass, woodwork, and hardware remain in the front entrance. The metal-covered dome has a bull’s-eye window on each vault plane, exaggerated ribbing, and a ball finial. In the interior the front entrance, stairwell, and second floor hallways have a gray colored marble wainscoting. A mural decorates the area immediately above the window on the third floor landing, and another mural exists in one room of the Auditor’s office. The County District Court courtroom located on the east side of the third story contains extensive stenciling on walls just below a deeply coffered and highly enriched ceiling. There is wainscoting in the courtroom. The building houses the County District Court of the Southeast Judicial District.

History:  The county was created in 1873 and Grand Rapids was selected as the county seat in 1881 when the county was organized. The first courthouse was built in Grand Rapids in 1881. The building is located at the LaMoure Memorial Park at Grand Rapids. When the county seat was moved to LaMoure in 1886, the court was housed in the City Hall and a bank building. After a fire in 1894, the court was housed in the Lloyd Bank building. The second and present courthouse was constructed in 1908 to 1909 at a cost of $100,000. 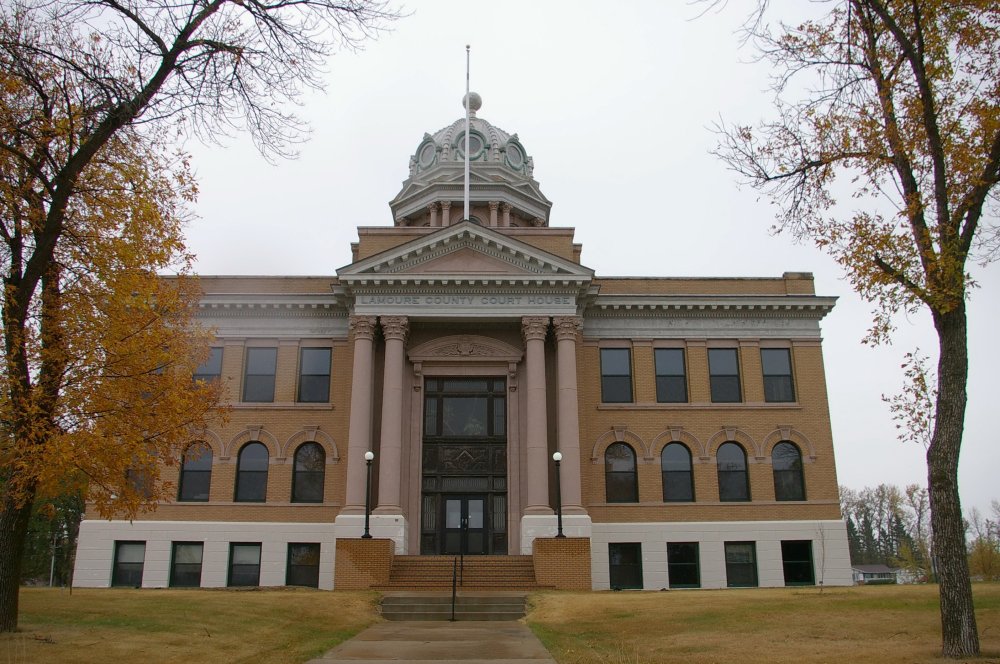 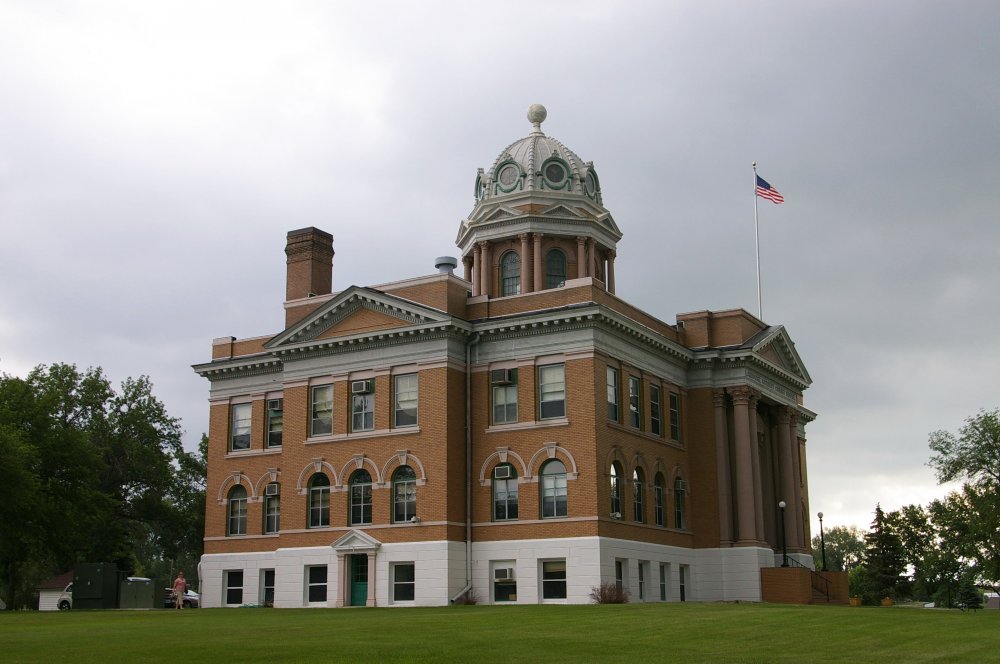 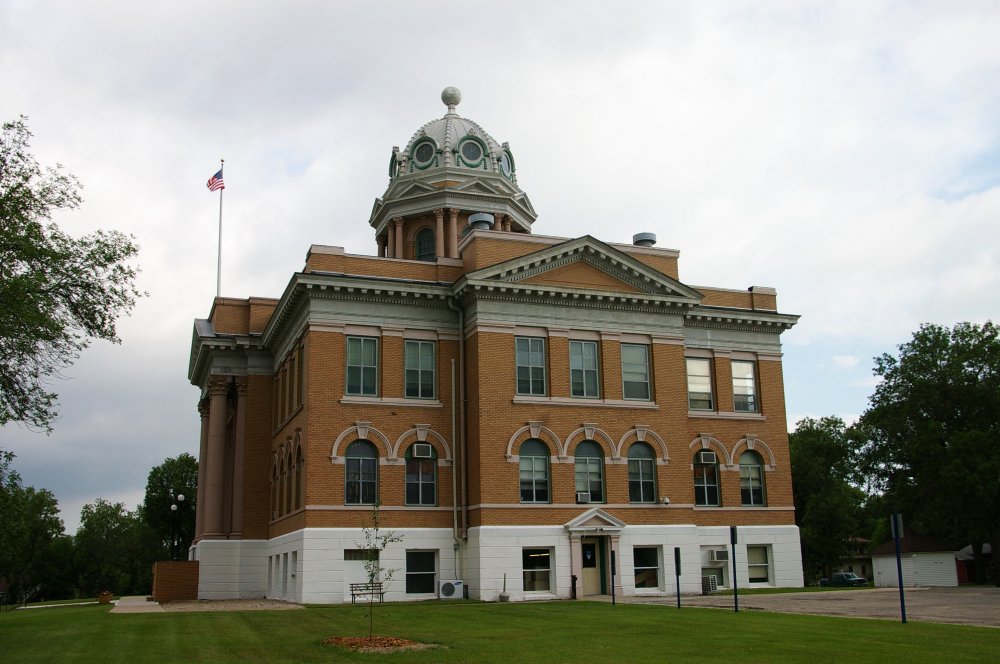 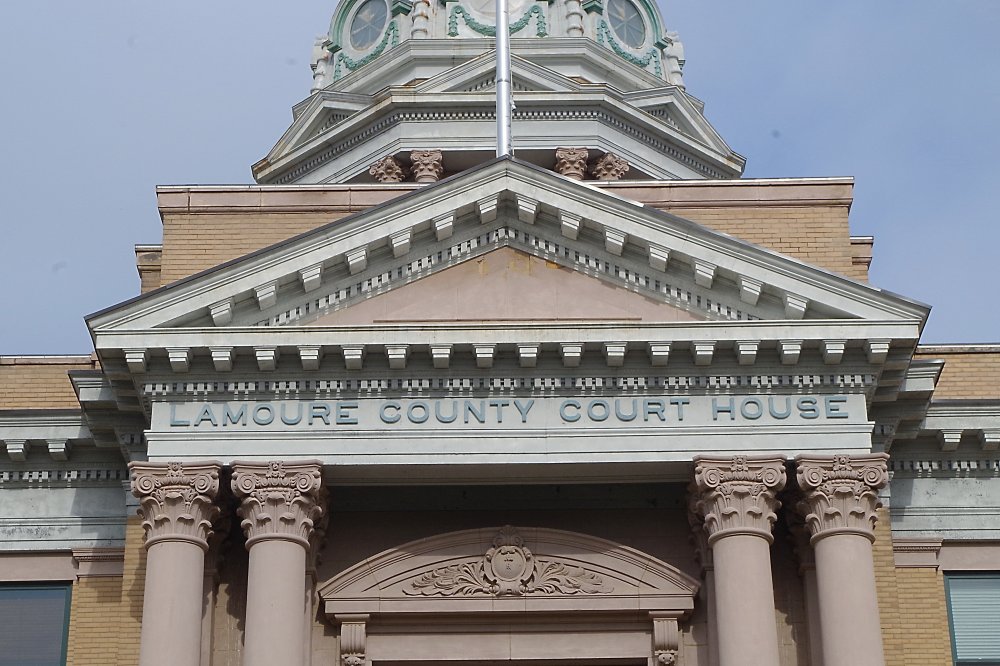 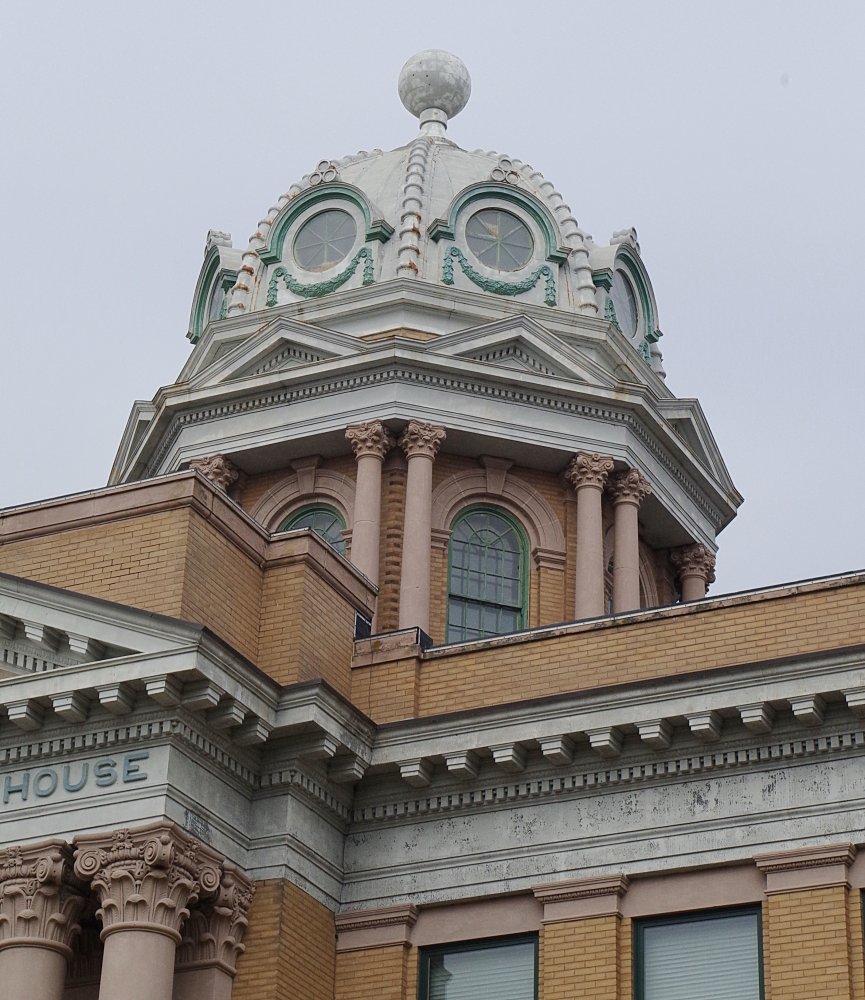 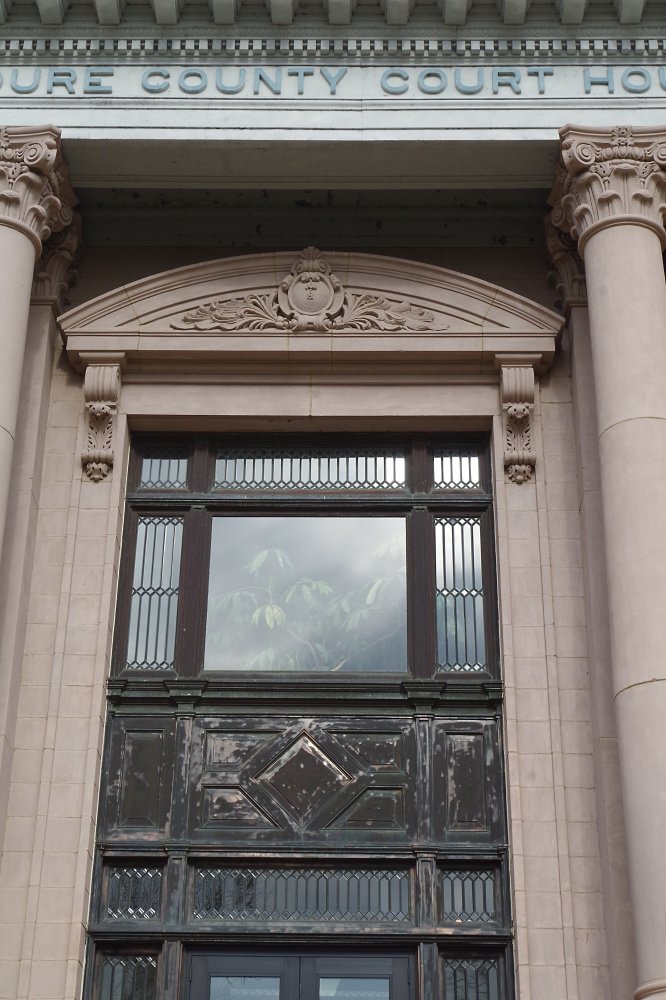 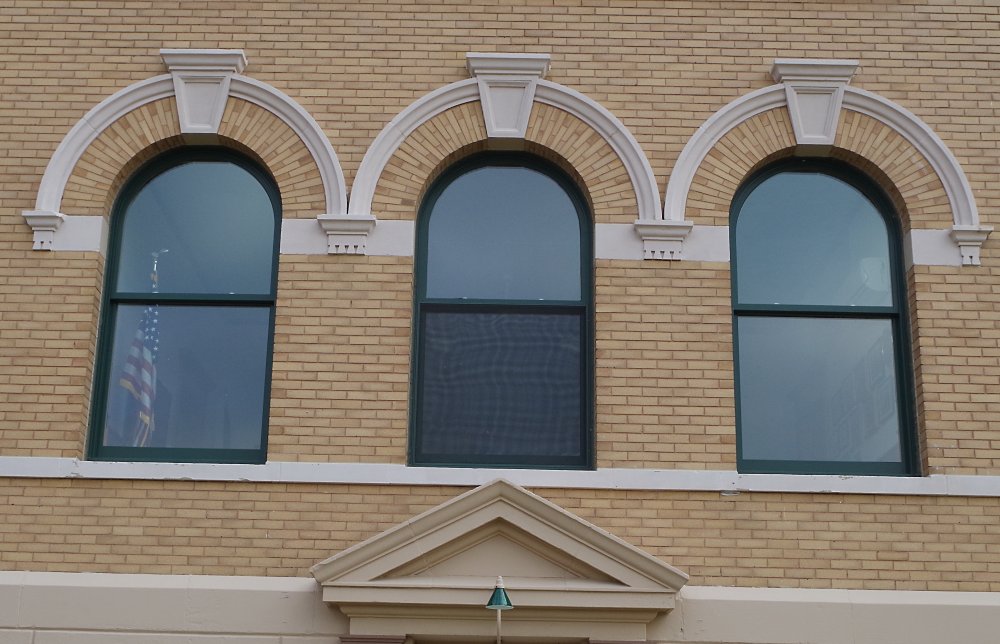 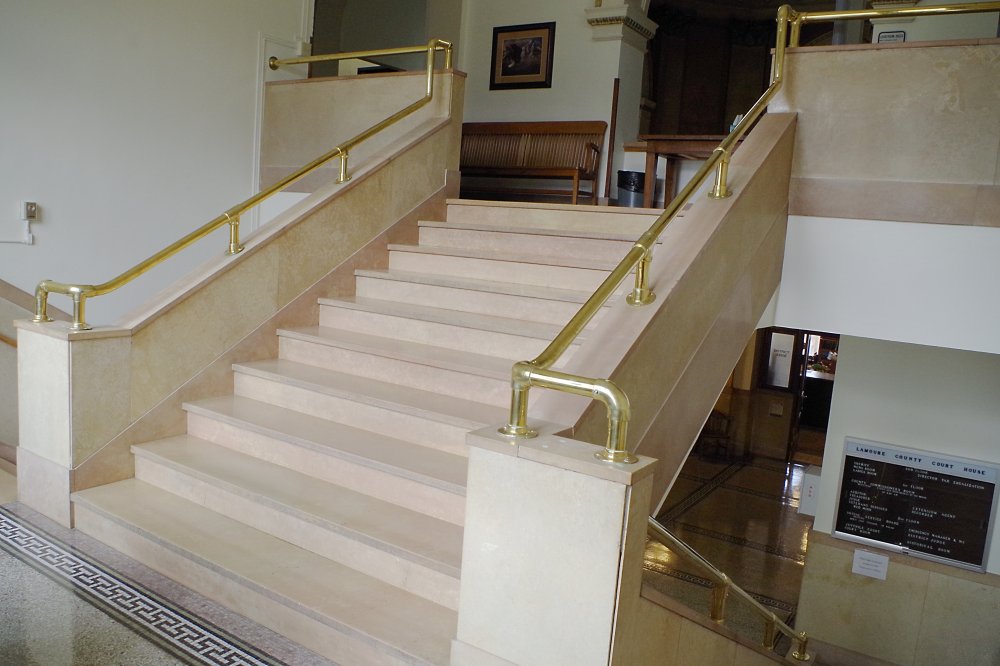 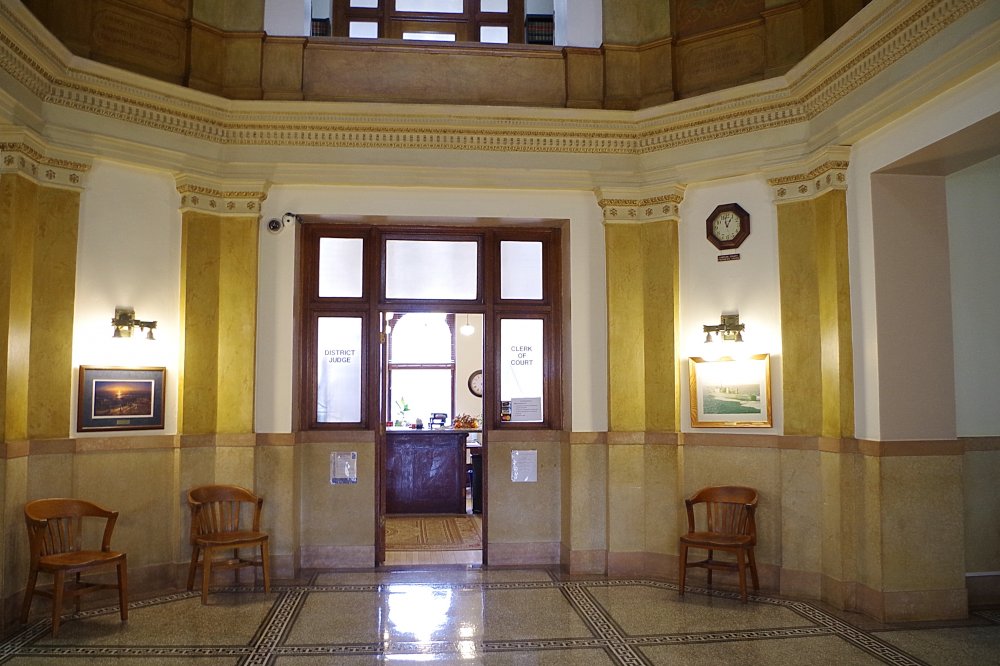 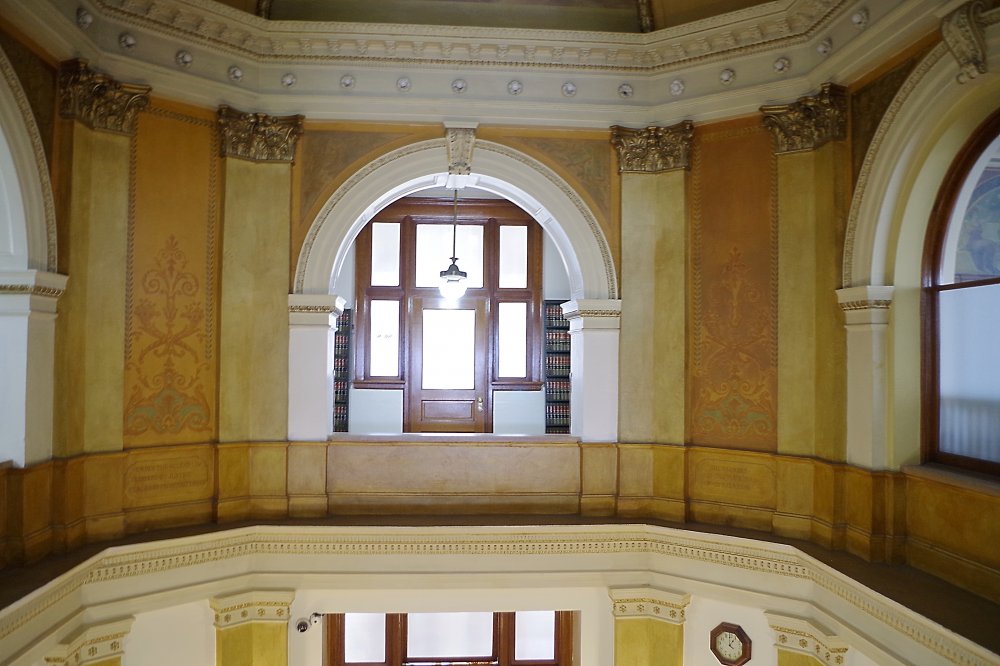 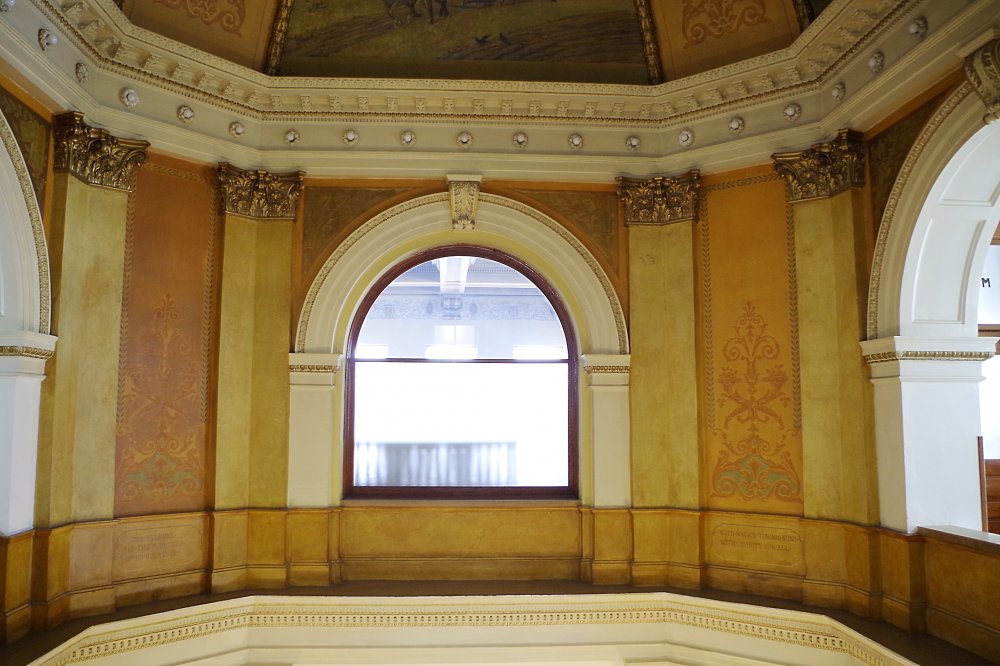 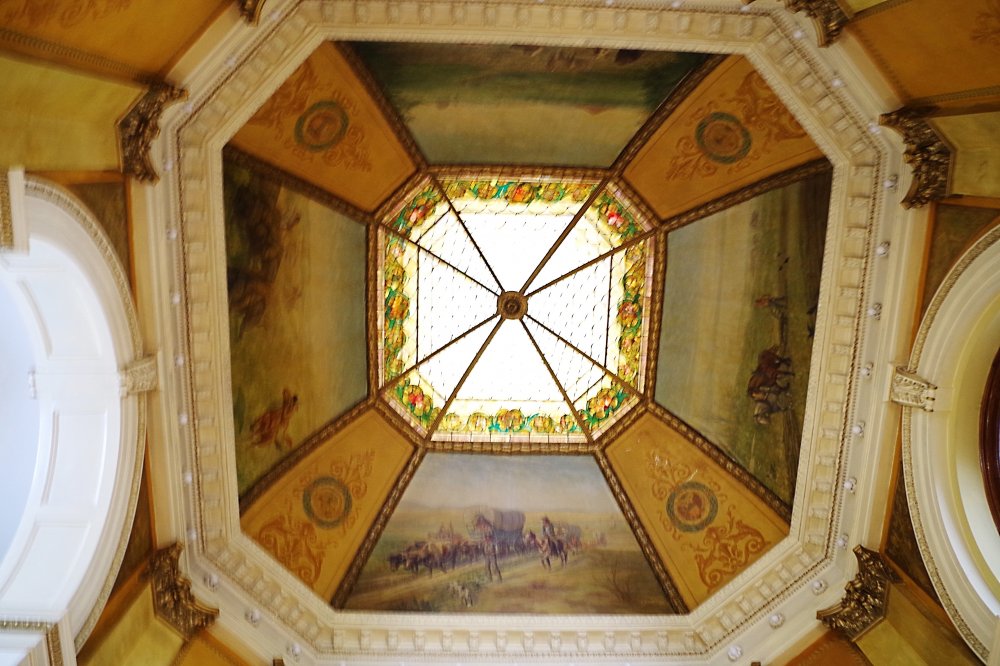 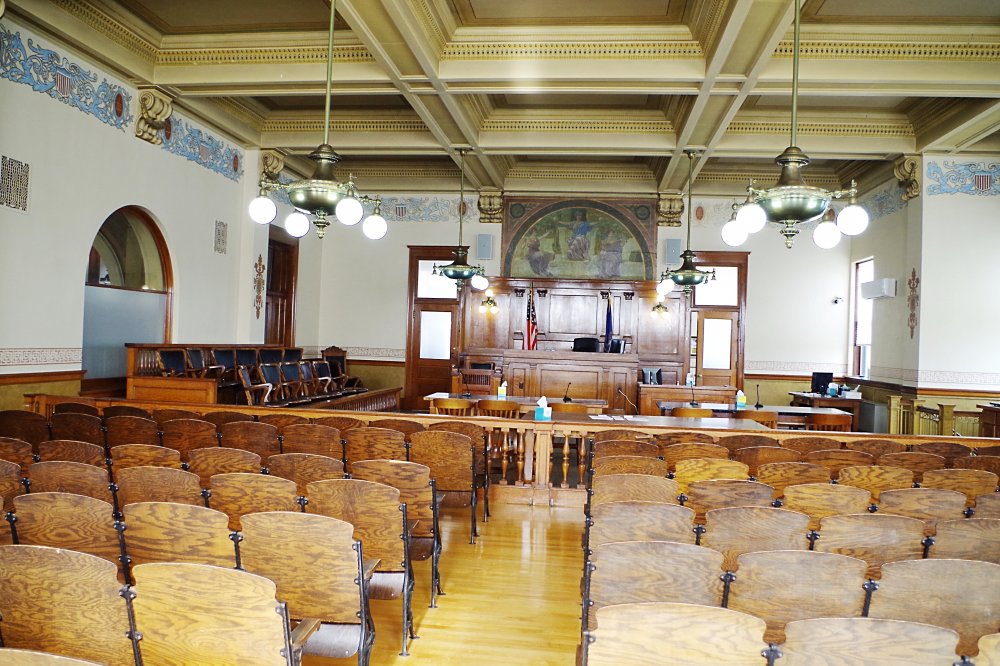