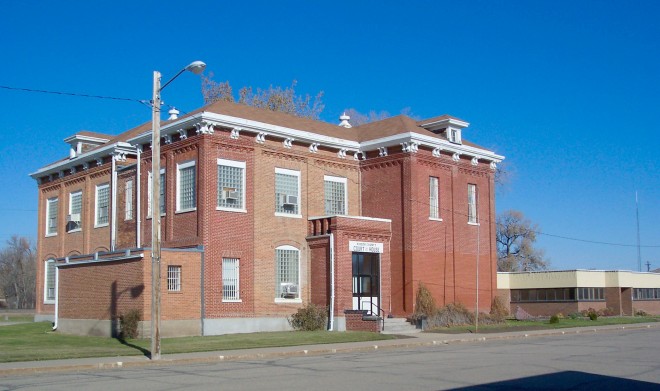 Description:  The building faces south and is a two story red colored brick structure. The building is located on landscaped grounds in the center of Steele.  The exterior exhibits several of its historic design features brackets, original arches over windows, the front door with transom and sidelights, brick piers and corbelling at the cornice. The building has a protruding brick entrance on the south side. The roof is hipped with two dormers. The interior retains many more of its character-giving features. Oak is liberally used in the baseboards, wainscoting, and stairs. The ceilings retain their original height and pressed metal. Transoms light offices on the main story. The prominent stairway ascends to the second story without enclosure. The County District Court courtroom has the historic electrical light fixtures. The building houses the County District Court of the Southeast Judicial District. In 1913, the third story was removed and an addition was constructed on the east side. The architect was Hancock Brothers and the contractor was George M Canning. An addition was constructed in 1981.

Note:  The courthouse has served as a courthouse longer than any other in North Dakota. The building was constructed by Wilbur F Steele for use as a hotel and then for use as the State Capitol. The building became the Court House on April 21, 1885. The oldest former courthouse is lovated in Stutsman County. 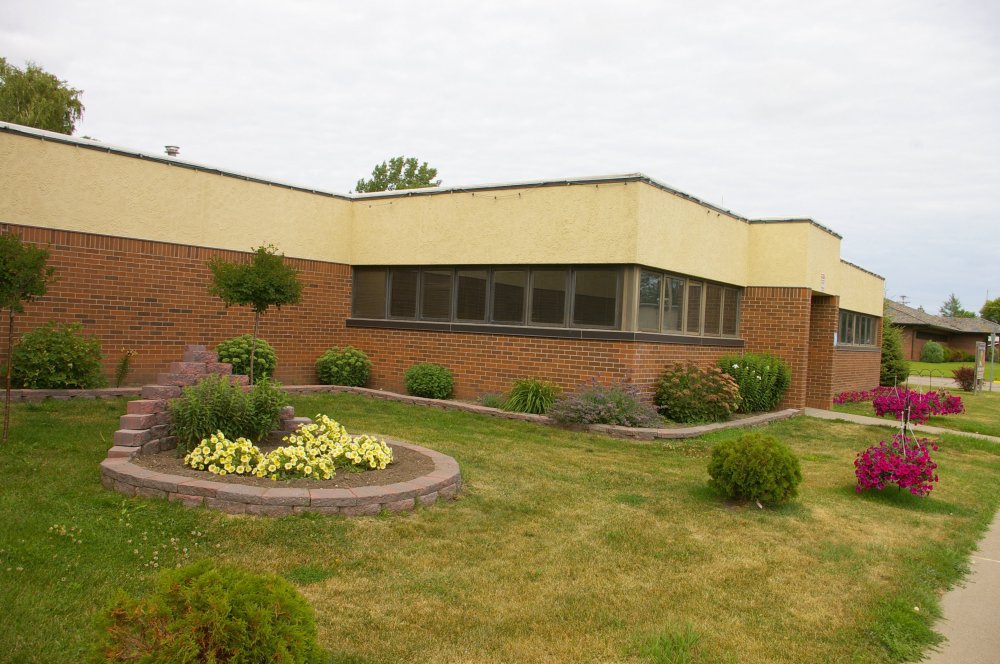 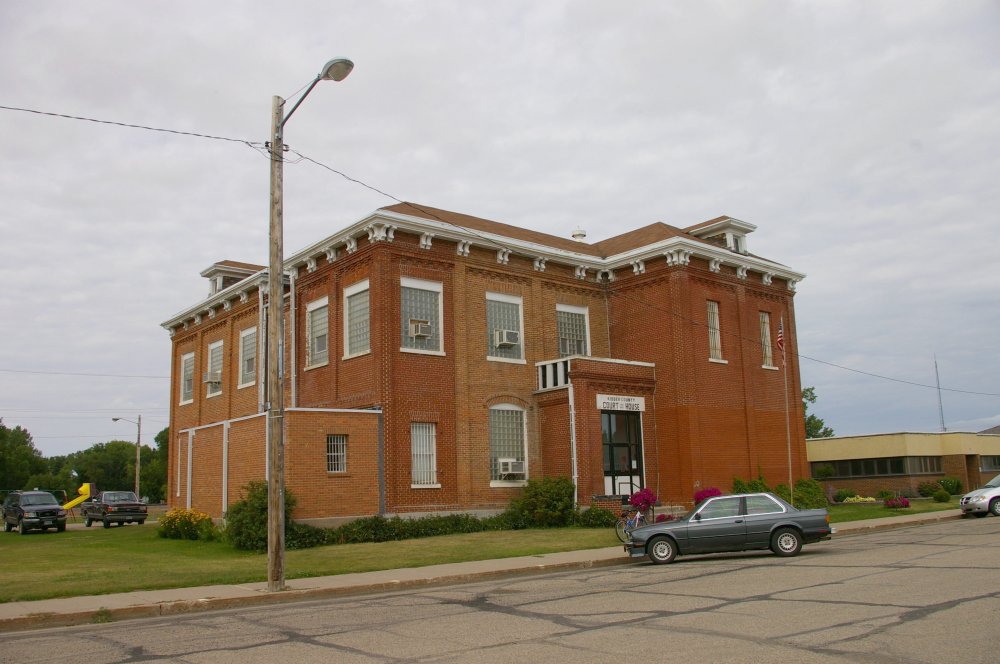 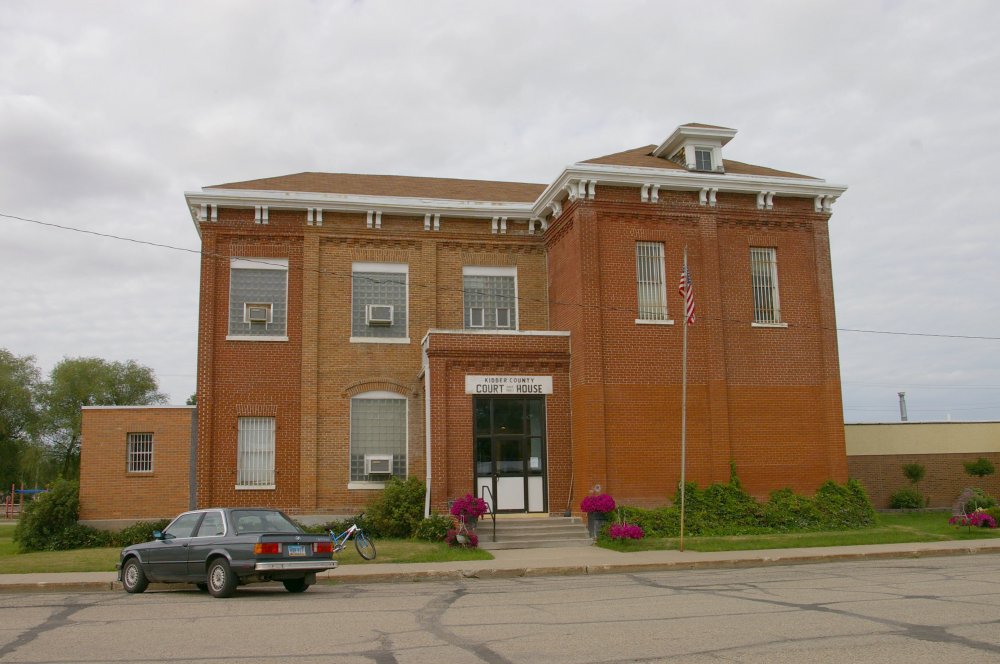 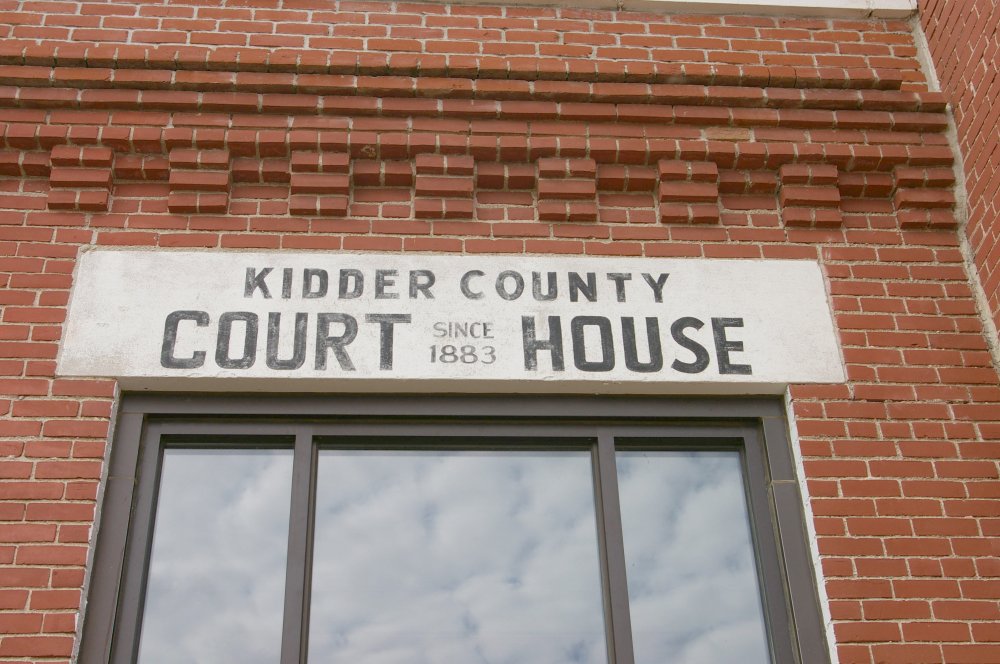 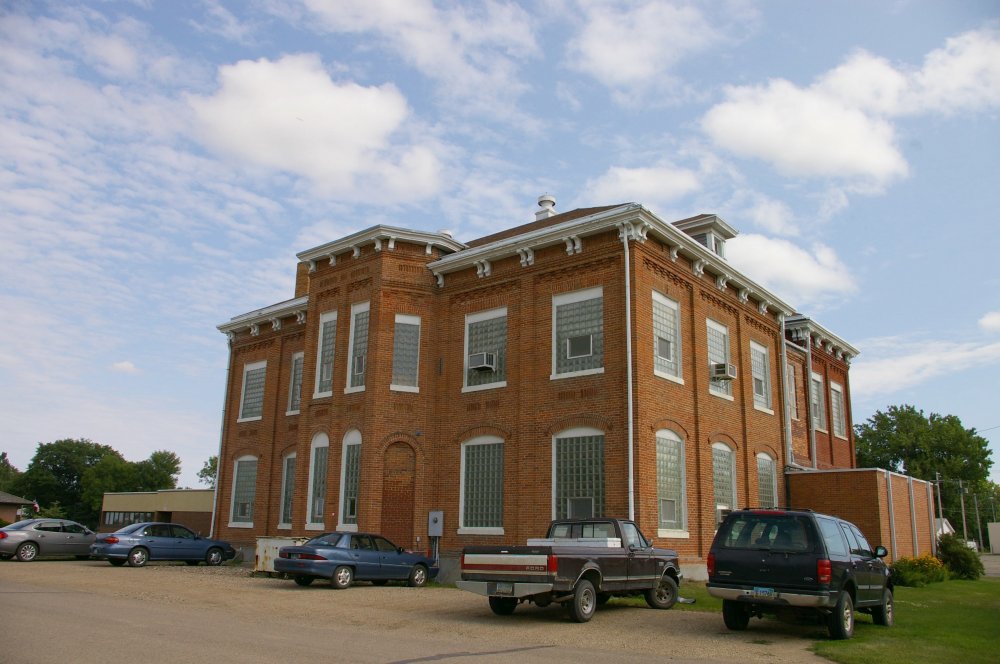 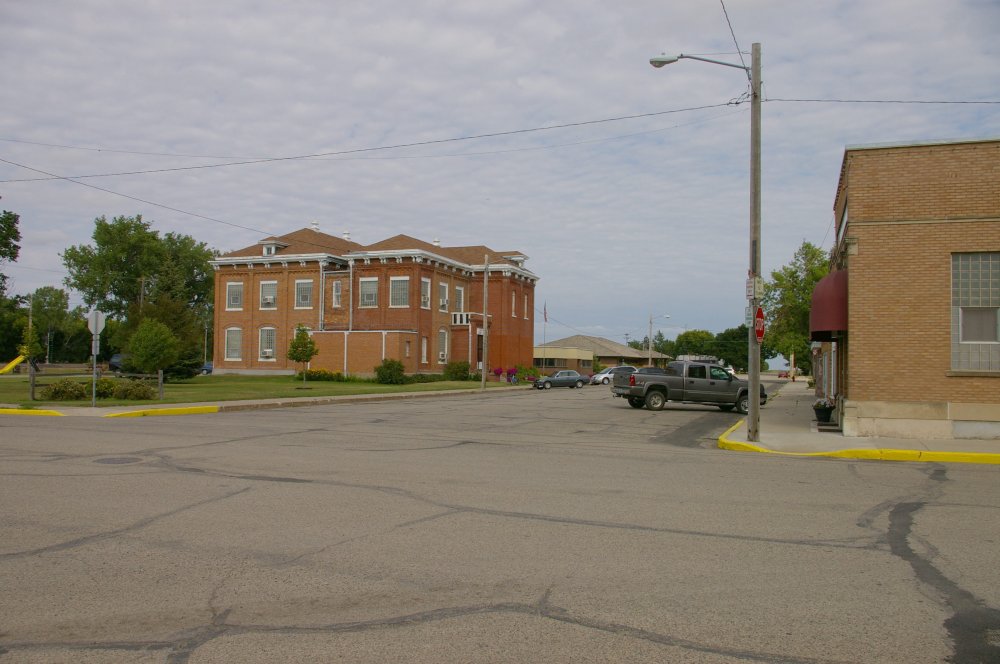 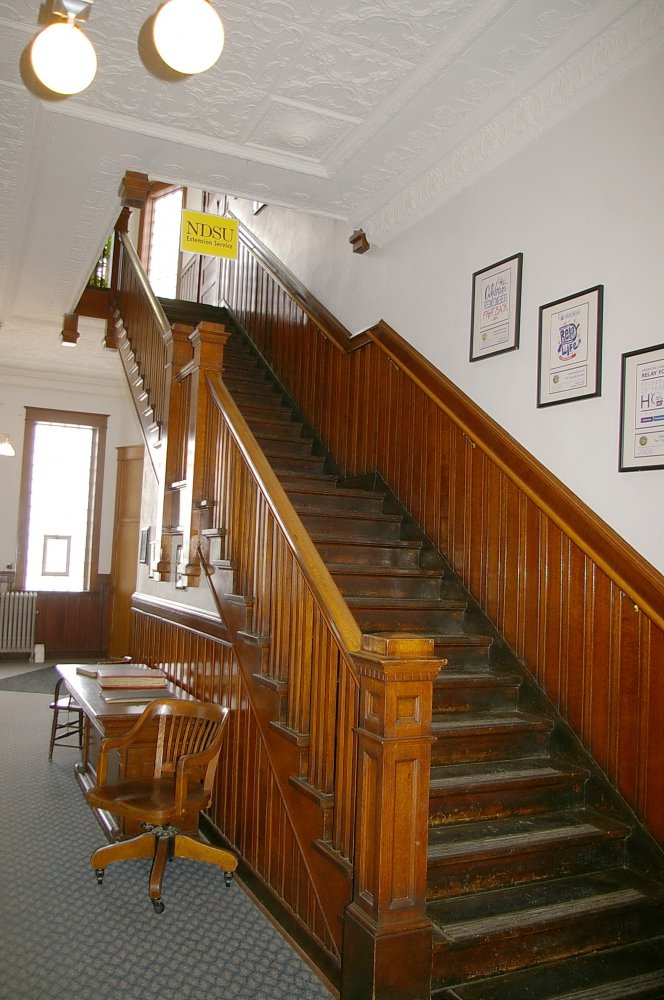 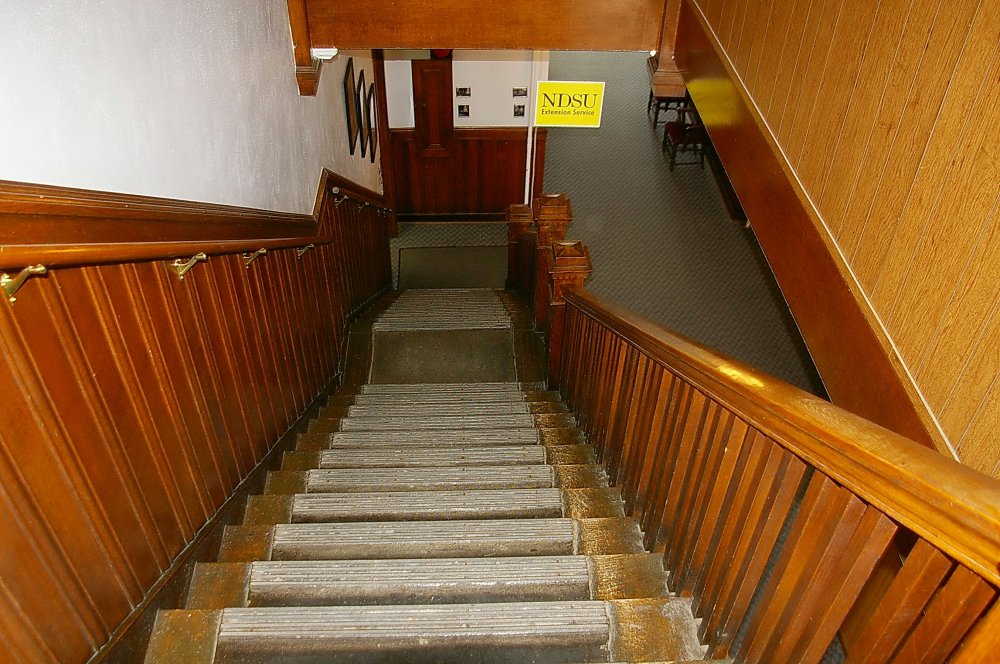 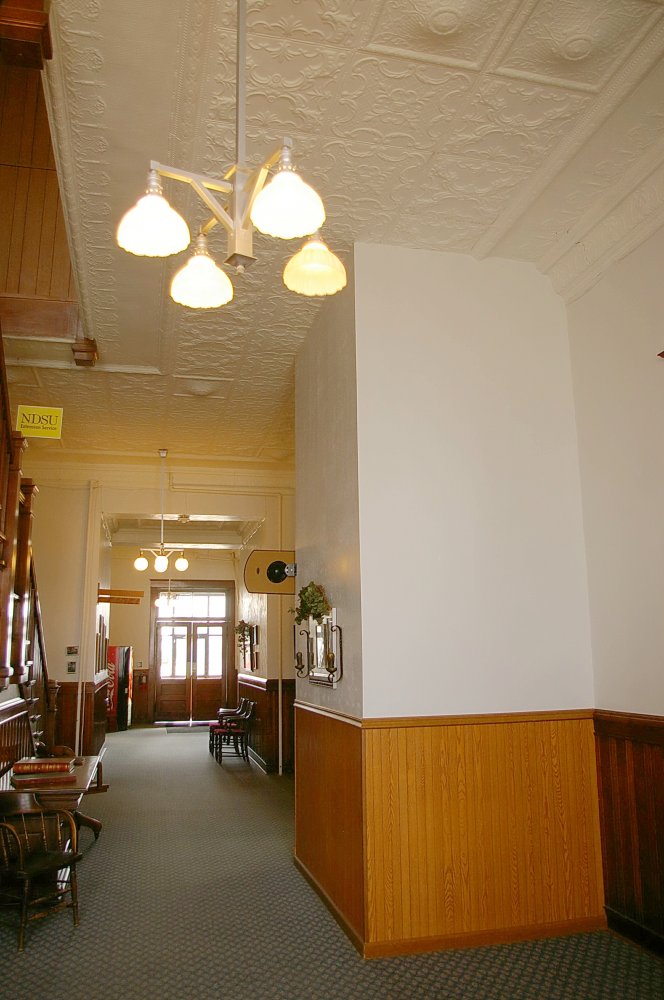 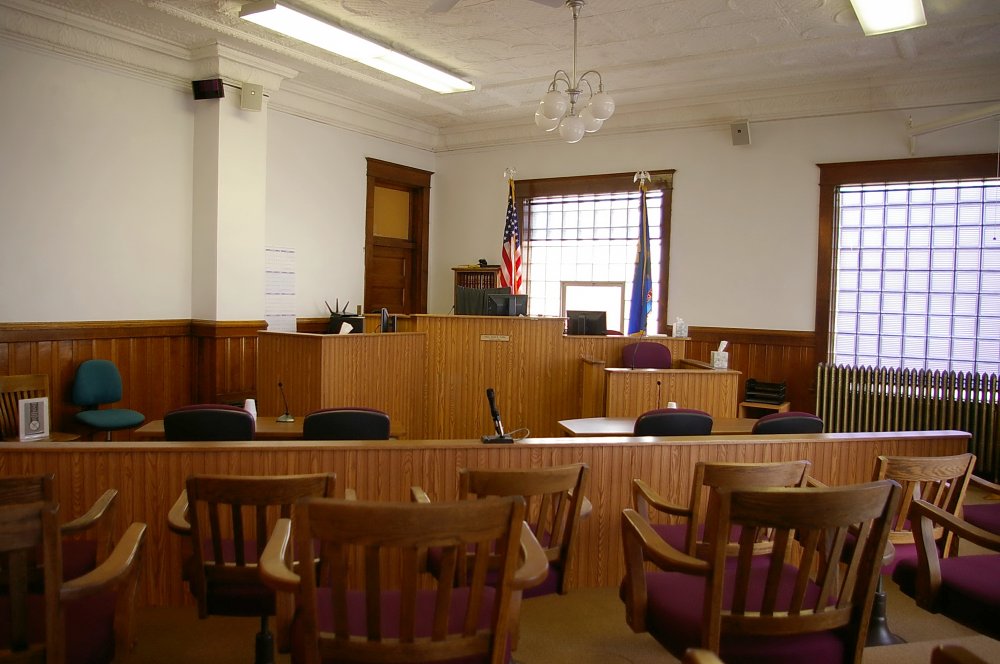