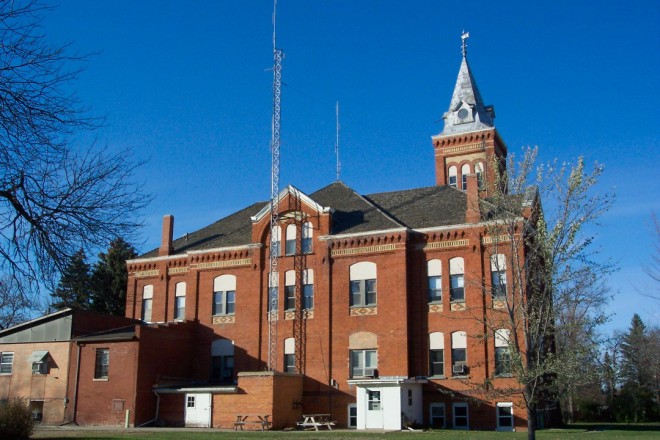 Description:  The building faces north and is a two story dark red colored brick and stone structure. The building is located on spacious grounds in the center of Cooperstown. The building is 91 feet by 48 feet. There is a stone foundation and the stair tower in the northeast corner has a pyramidal roof surmounted by an ornate weathervane. Below the second story windows are rectangular recessions of white colored brick centered with lozenge shaped patterns of black colored brick. The building has a brick chimney. The first story hallway in the interior has a ten foot ceiling of ornamental stamped metal. The covering also extends down the walls to the wainscoting, which, along with the hall doors, was grained at the time of construction in imitation of oak and black walnut. The oak floor of the hallway was later covered with vinyl tile, but in a reversal of the process, the original inlaid tile in some of the adjoining offices has been replaced by hardwood flooring. The courtroom is located on the second story. The original predominance of highly varnished wood, is still maintained in the seventy-eight captain’s chairs used as public seating; louvered interior shutters for the fourteen windows; a lawyer’s railing with turned balusters and crested, cross-rail gates; a paneled judge’s bench; and five panel doors with grooved casings and corner blocks.  An addition was constructed by Wells-Denbrook of Grand Forks on the southwest corner in 1960.

Note:  The courthouse is one of North Dakota’s oldest public buildings.  A J Codding of Valley City was responsible for the plaster work. Sand for mortar was brought in from Bald Hill Creek southeast of town, and brick was imported from Brainerd, Minnesota. Vault doors for the completed building were obtained from the Detroit Safe Company, and the S I Pope Company, Chicago, installed the steam heating system.

Description:  The building faces south and is a one story gray colored brick and concrete structure. The building is located on spacious landscaped grounds in the center of Cooperstown. The front of the building has a central section with vertical dividers between the glass windows. And rising to a peaked roof. On the east and west sides are lower wings. The rood is hipped. The building houses the County District Court of the Southeast Judicial District. 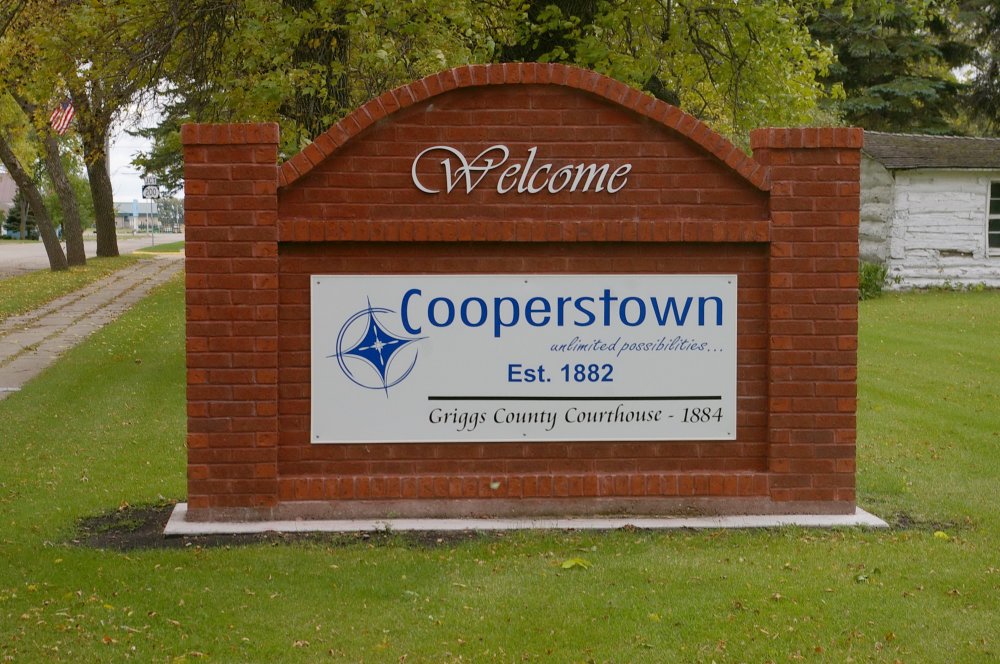 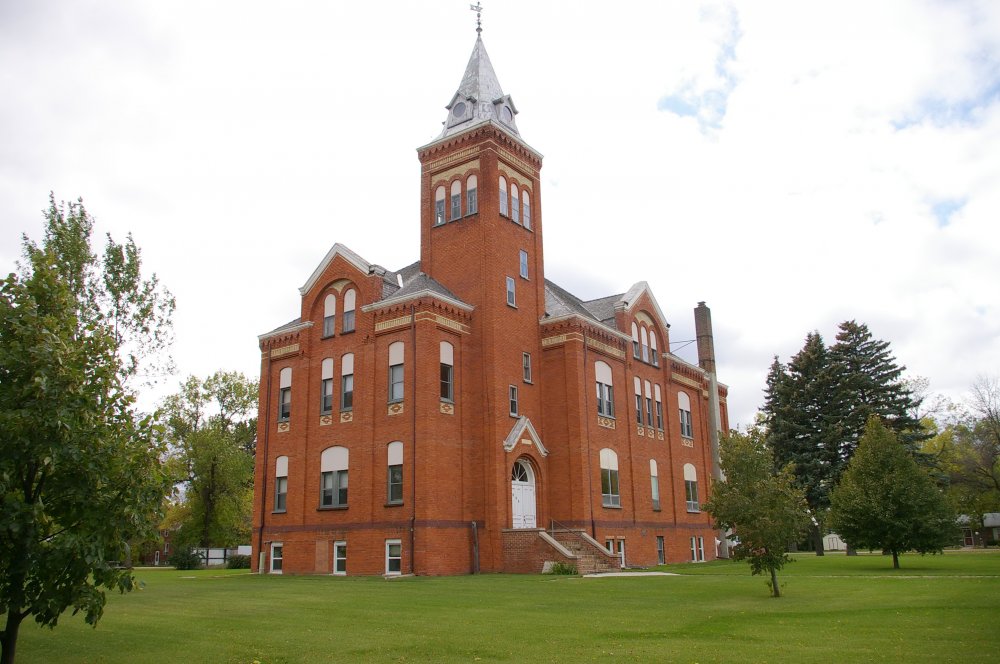 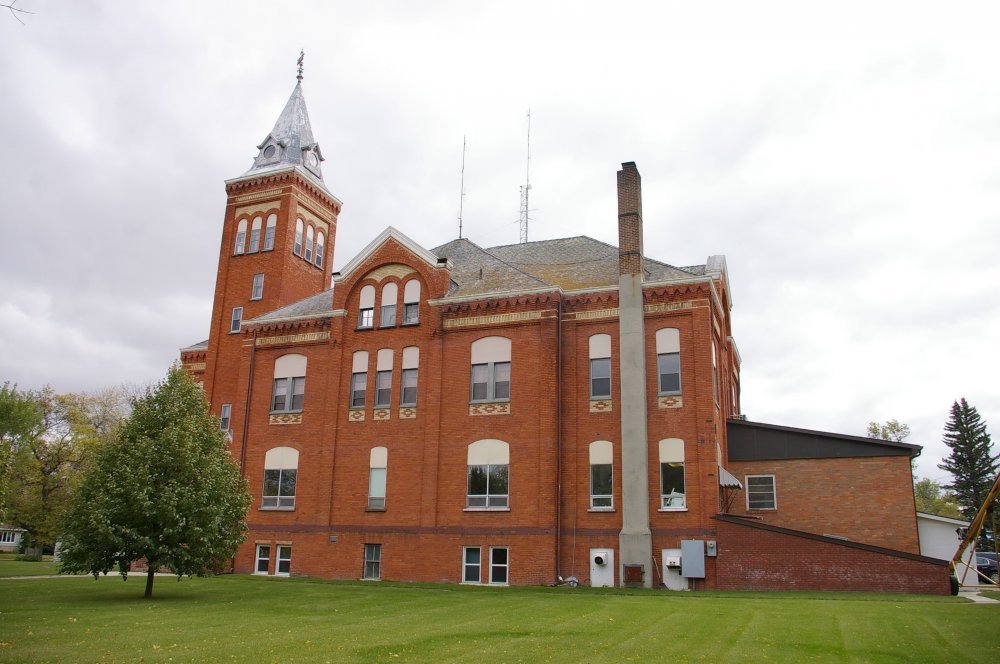 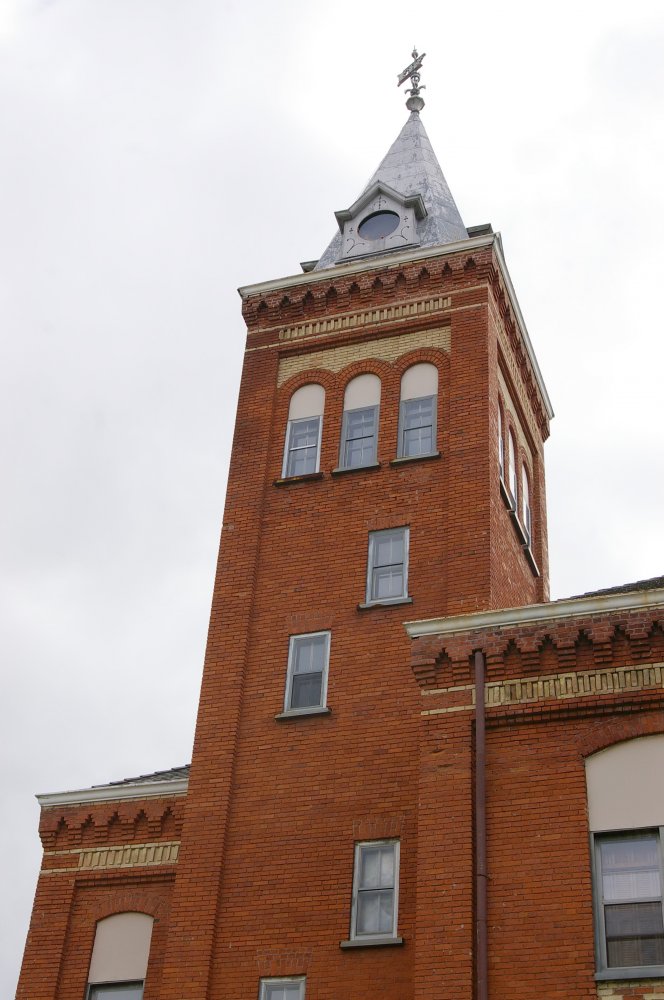 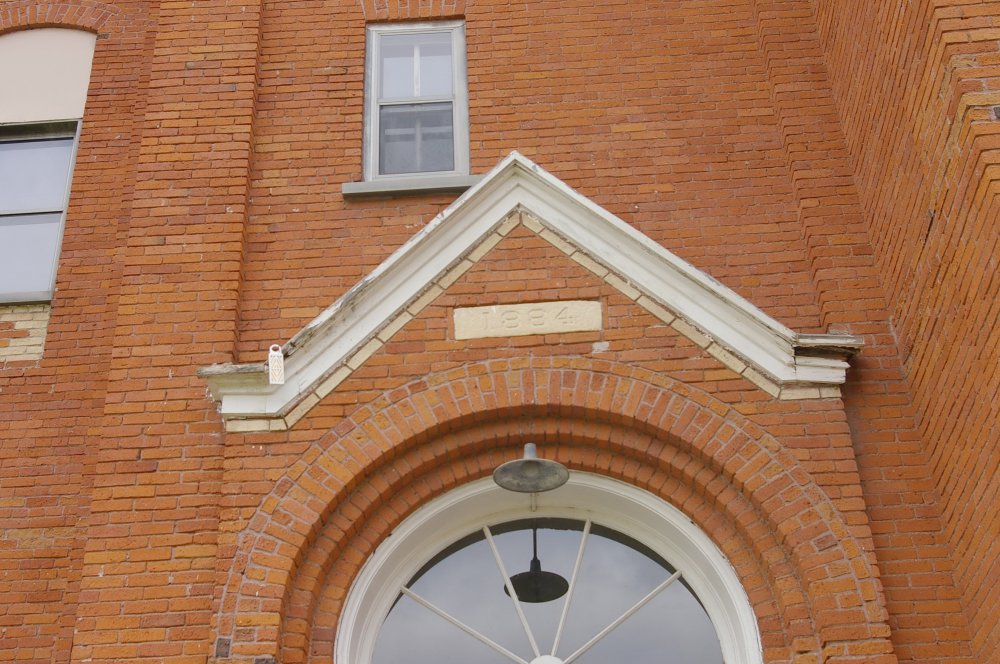 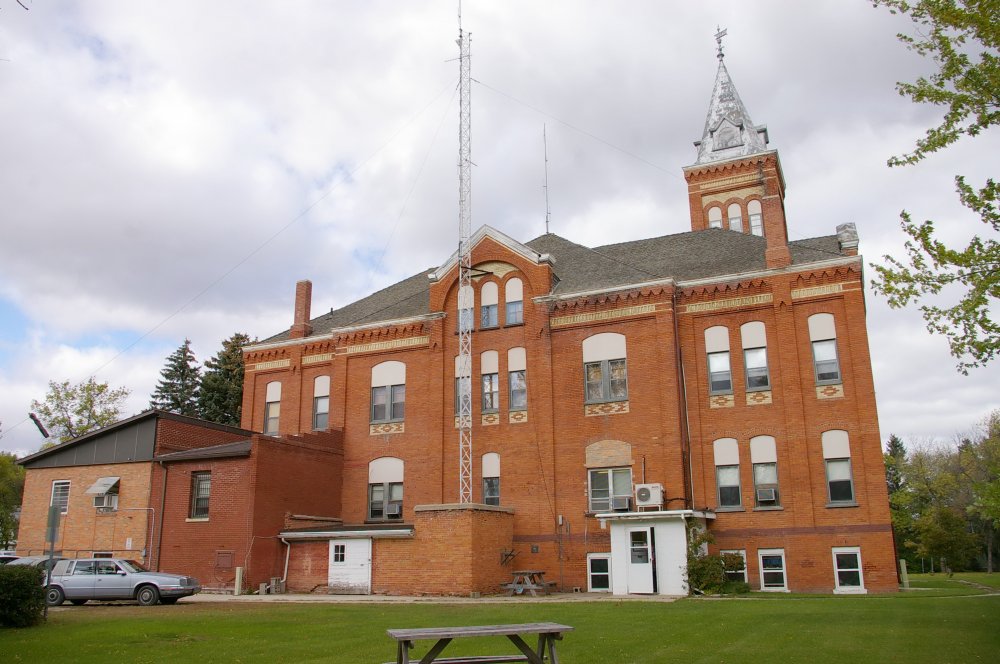 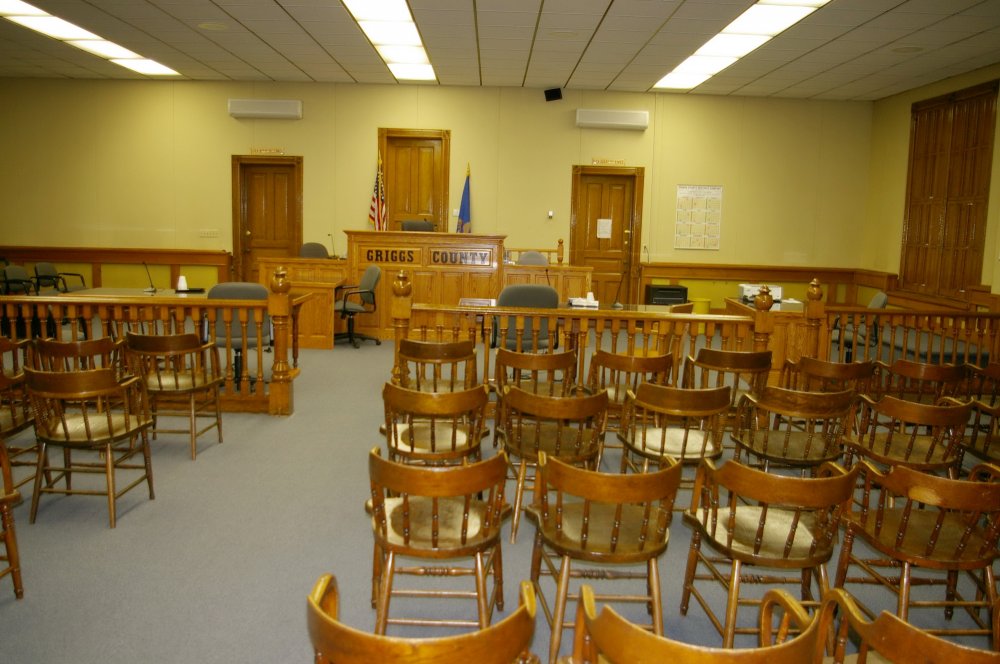 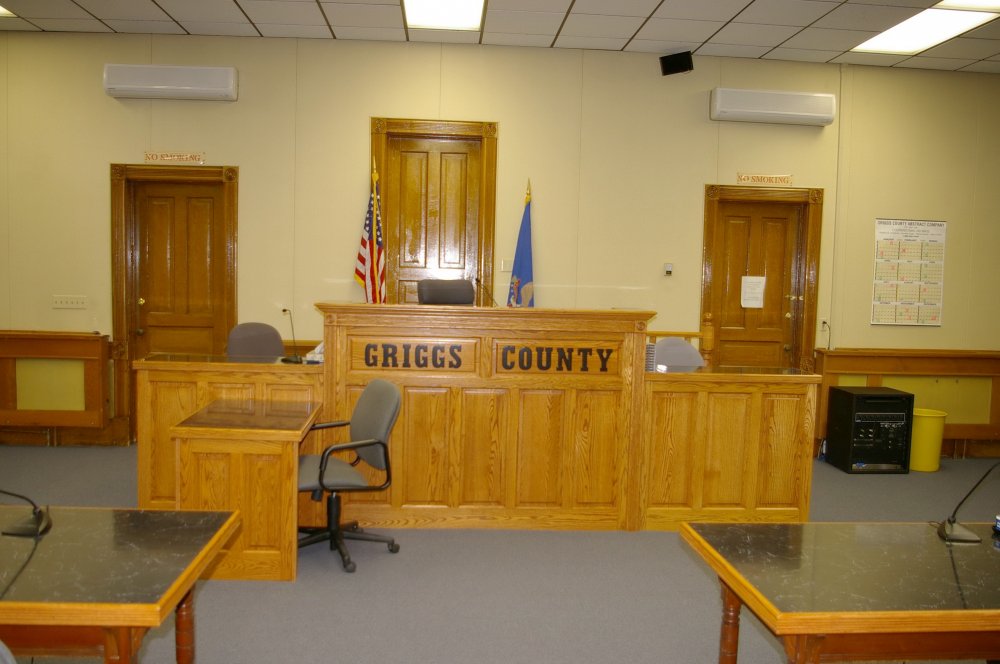 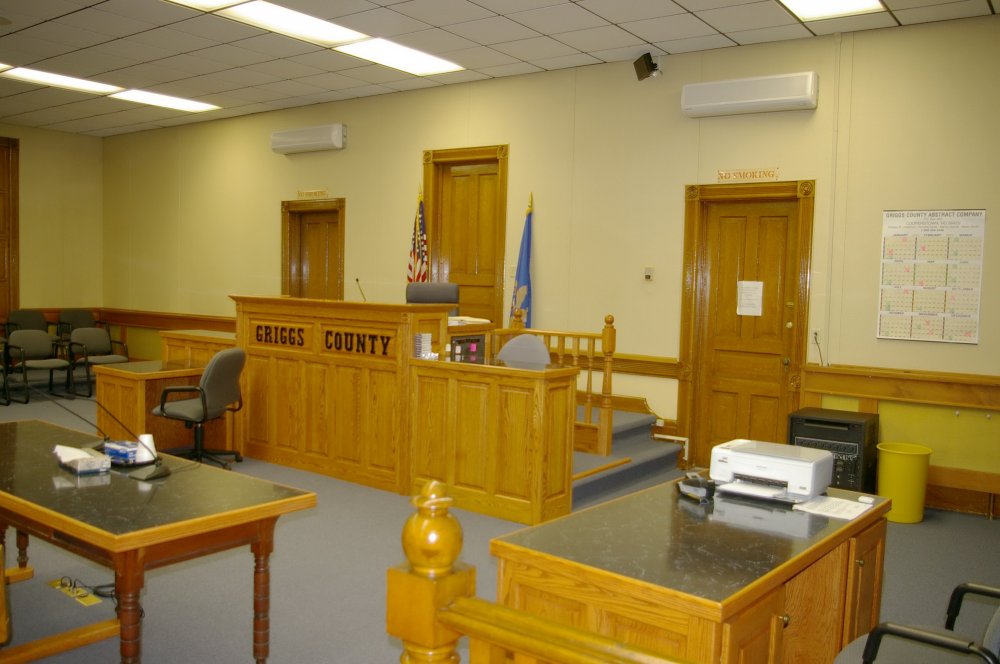 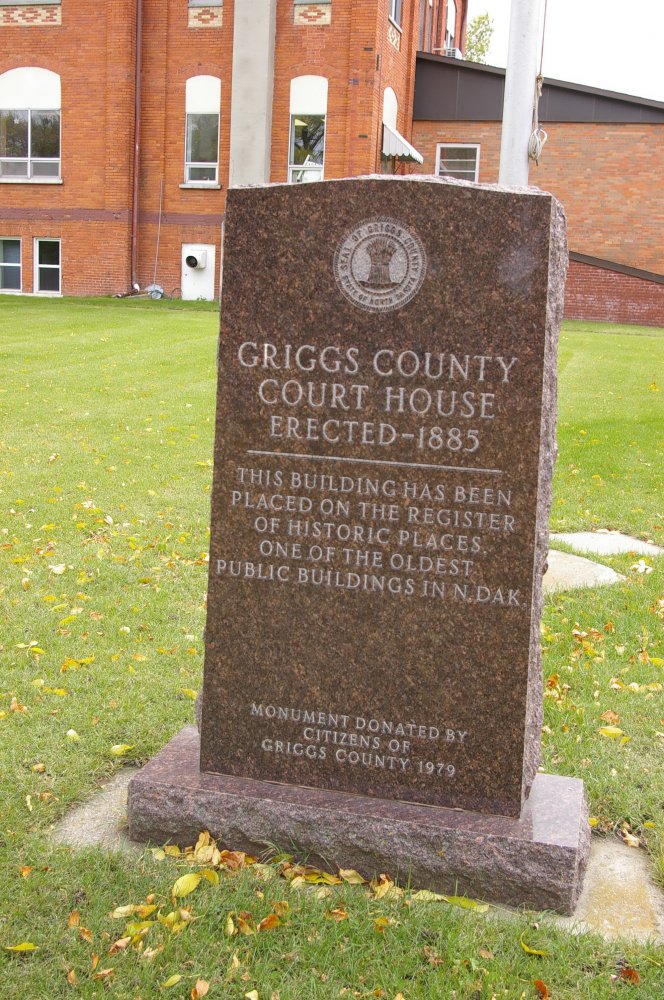