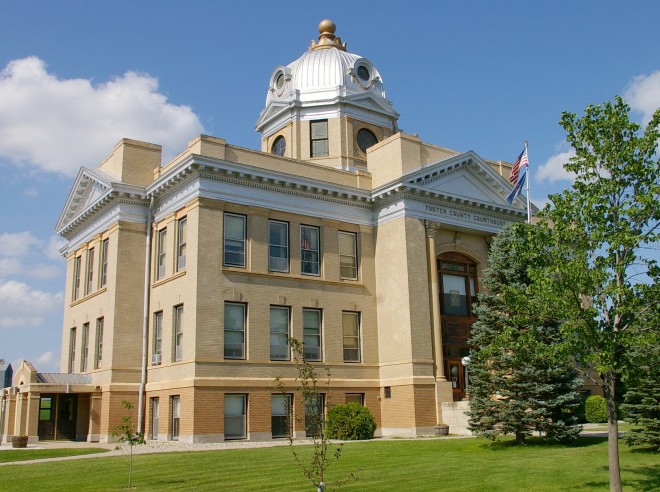 Foster County is named for either James S Foster of Mitchell, South Dakota (1828-1870) or his brother George I Foster of Fargo, North Dakota (1837-1912),  both who were prominent in territorial affairs.

Description:  The building faces south and is a three story buff colored brick and concrete structure. The building is located on landscaped grounds on the north side of the center of Carrington. The building has a raised basement. The south entrance section projects from the main building, combines single columns, flanking brick pilasters, and a simple arched entry surrounded on the front facade and rises to a pediment. The basement has brown colored brick. Rectangular windows throughout the building have keystoned flat arches on the second floor and simple stone lentils between single brick pilasters on the third floor. The building has a large octagonal dome with silver colored roof on the center of the roof. Bull’s-eye apertures pierce the cardinal points of the dome itself, which is topped with a crown and ball finial. The interior features a gray-brown colored marble wainscoting in the front entry. The County District Court courtroom with richly decorated coffered ceiling and wall stenciling is located on the west side of the third story..The building houses the County District Court of the Southeast Judicial District. On the north side of the courthouse is the two story buff colored brick Sheriff Residence. 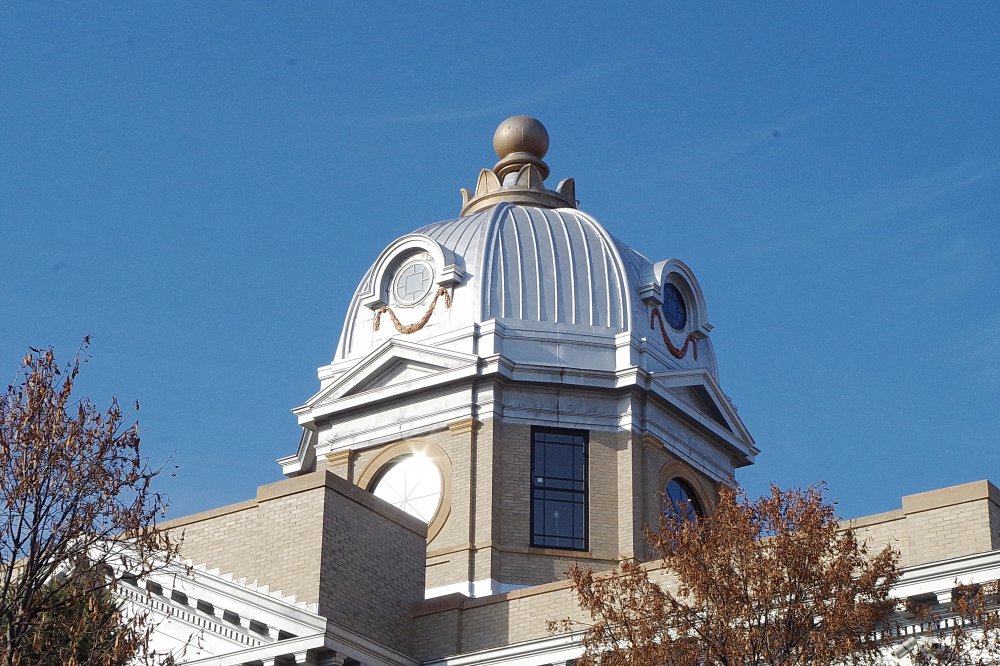