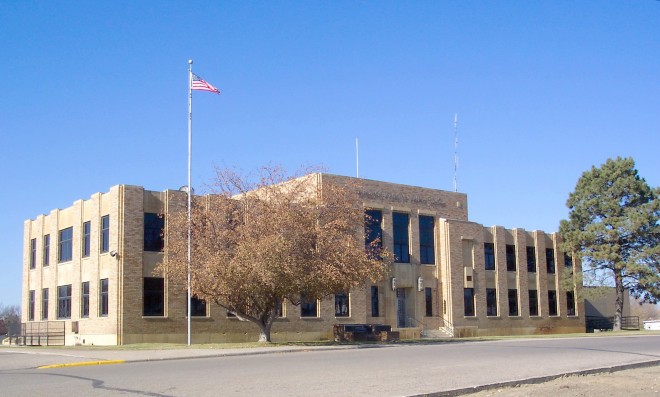 Emmons County is named for James Emmons ( 1845-1919 ), a steamboat operator and early Bismarck merchant and  entrepreneur. 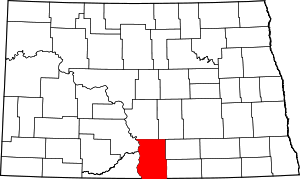 Description:  The building faces east and is two story buff colored brick and concrete structure. The building is located on landscaped grounds on the west side of the center of Linton. The building is supported by structural steel  having a higher center portion with the entrance on the east side. The brickwork forms vertical dividers between the windows. Ruff ledge Mankato stone forms the trim of the original building. The roof line is flat. Thirteen carved stone spandrels bear figures which portray an evolution of county history. The County District Court courtroom retains some elements of its original decor, particularly the horizontal metal bands which encircle the room. A dropped ceiling and contemporary lighting replaced the original ceiling fixtures after 1982. Window changes, the north addition, and the courtroom’s dropped ceiling stand as the major alterations to the building. The building houses the County District Court of the South Central Judicial District. The building was a Works Project Administration project. A one story addition was constructed in 1983 on the west side.

Note:  The courthouse was chosen as North Dakota’s first project for a Works program grant possibly because the added complication of a bond issue election was eliminated by adequate on-hand money in the county building fund. As a test case, the project was able to assume a sufficient magnitude to have a measurable impact on the local economy and unemployment without the need to persuade voters of the program’s value before beginning.

History:  The county was created in 1879 and Williamsport was selected as the county seat in 1883 when the county was organized. The first courthouse was a Paterson lean-to erected in 1884. The county seat was moved to Linton in 1899. The Patterson lean-to was moved and continued to be used until the second courthouse, a two story frame structure, was designed by M E Beebe and built by Edward Forte and N U Ostrum in 1899 to 1901. The third and present courthouse was constructed in 1933 to 1934. 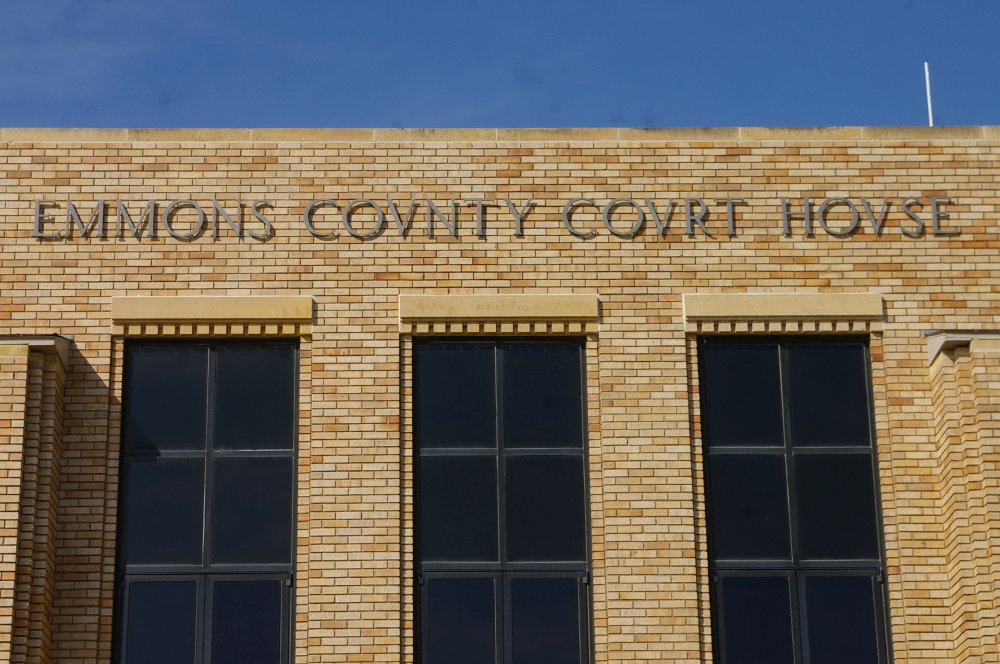 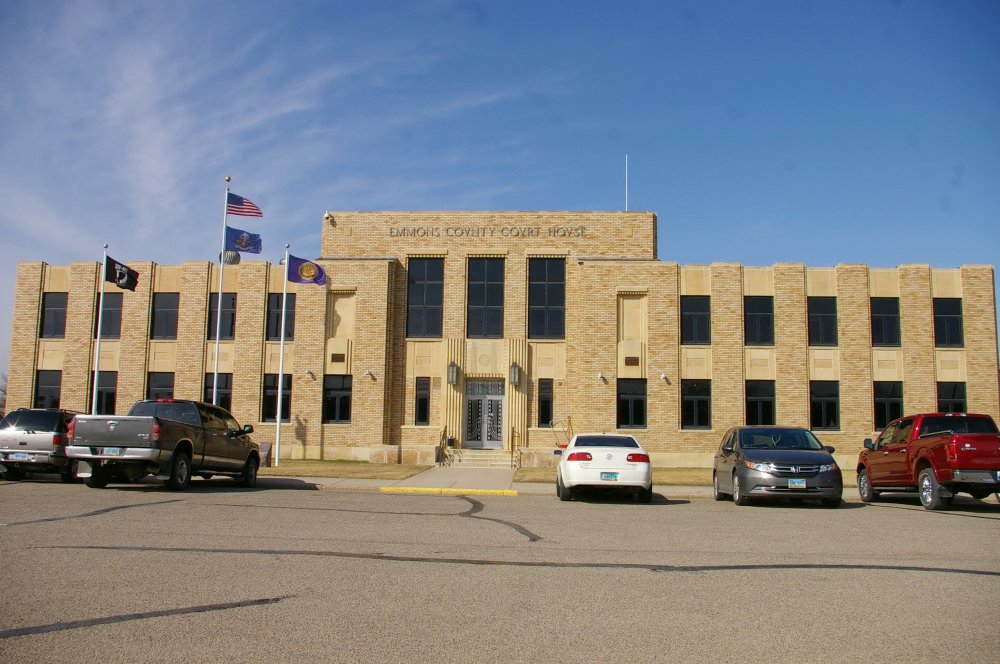 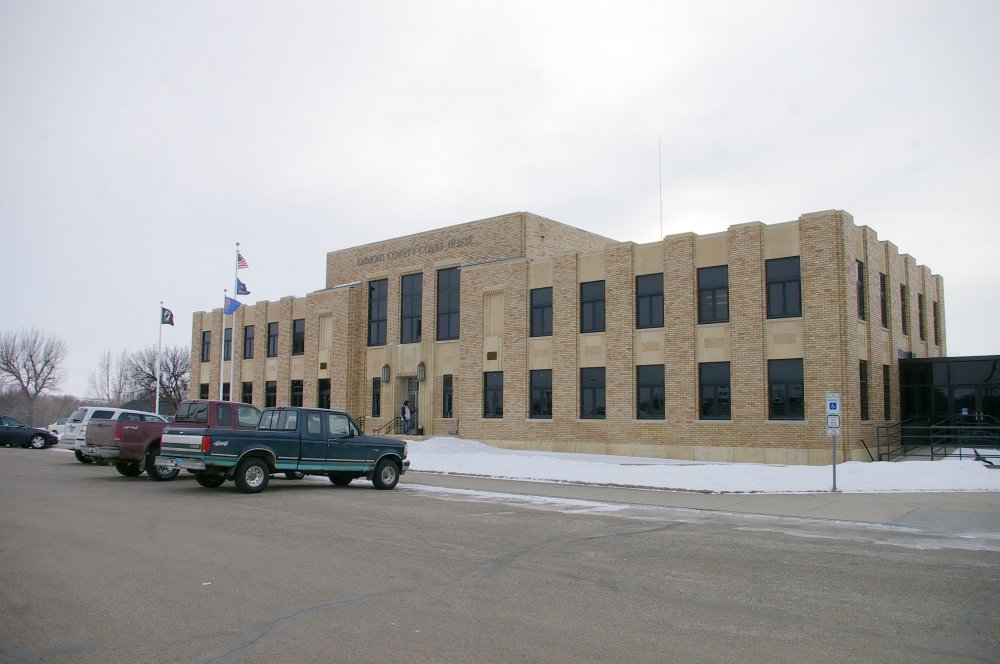 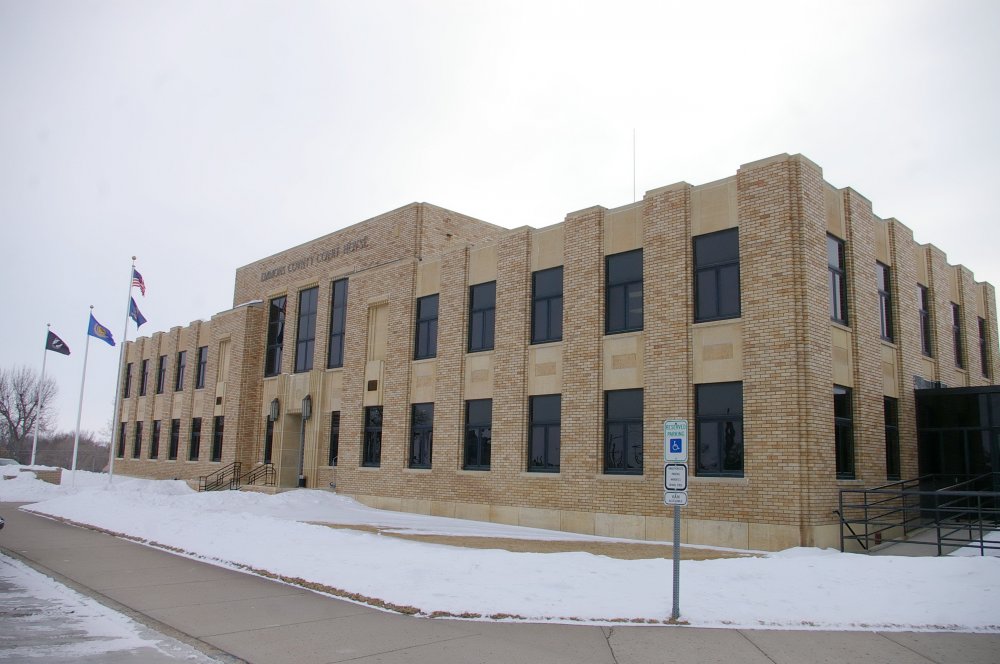 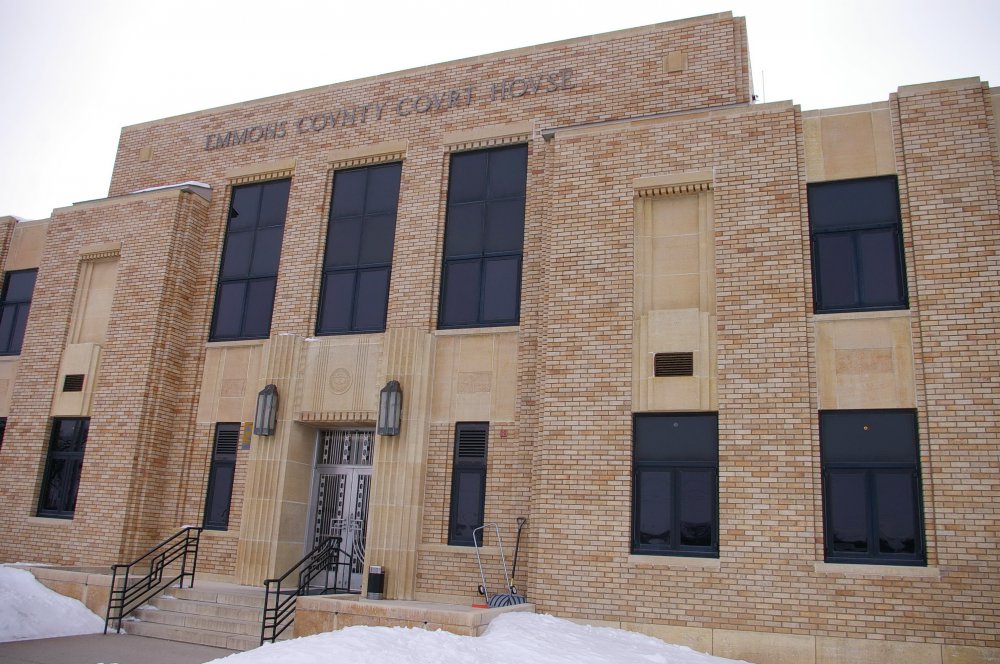 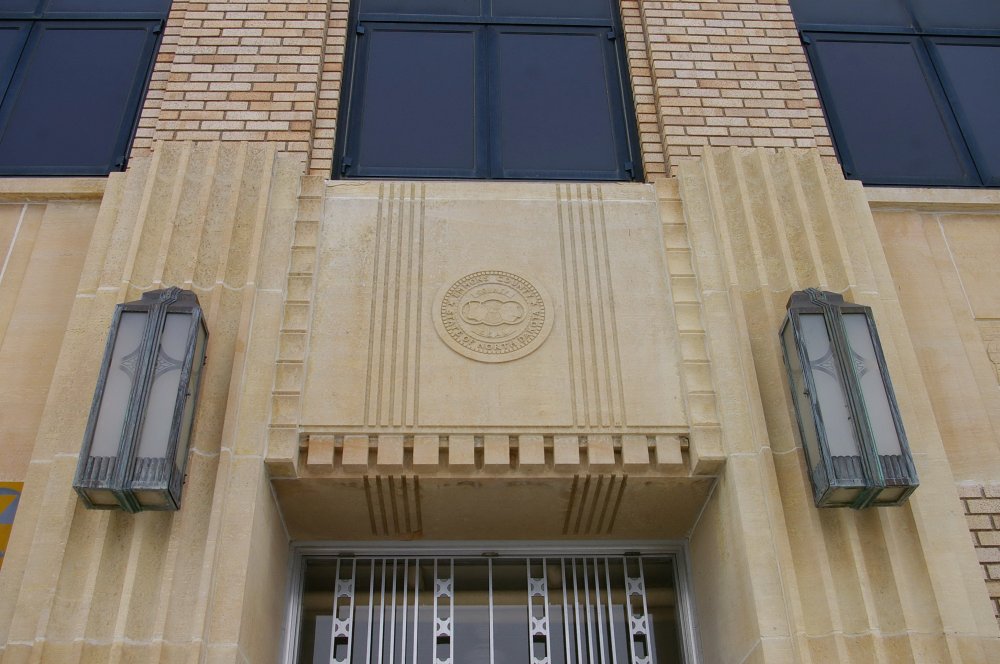 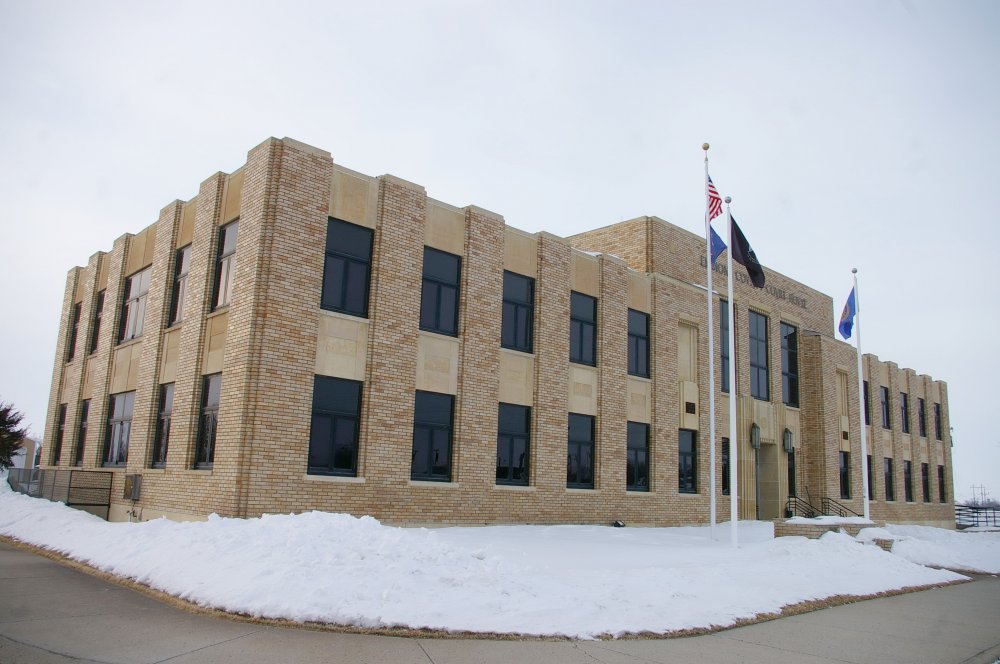 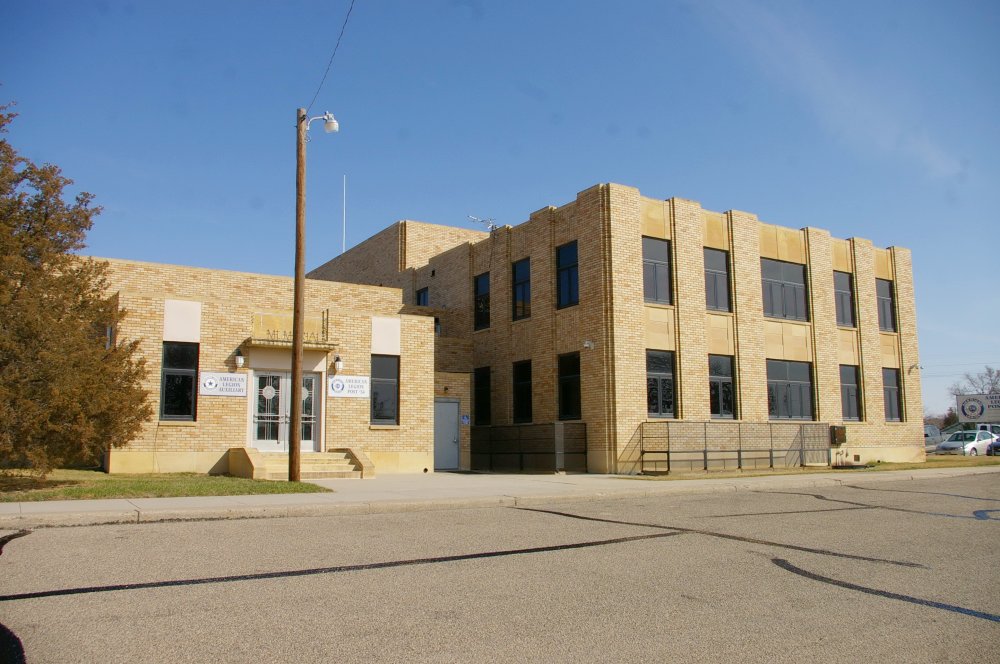 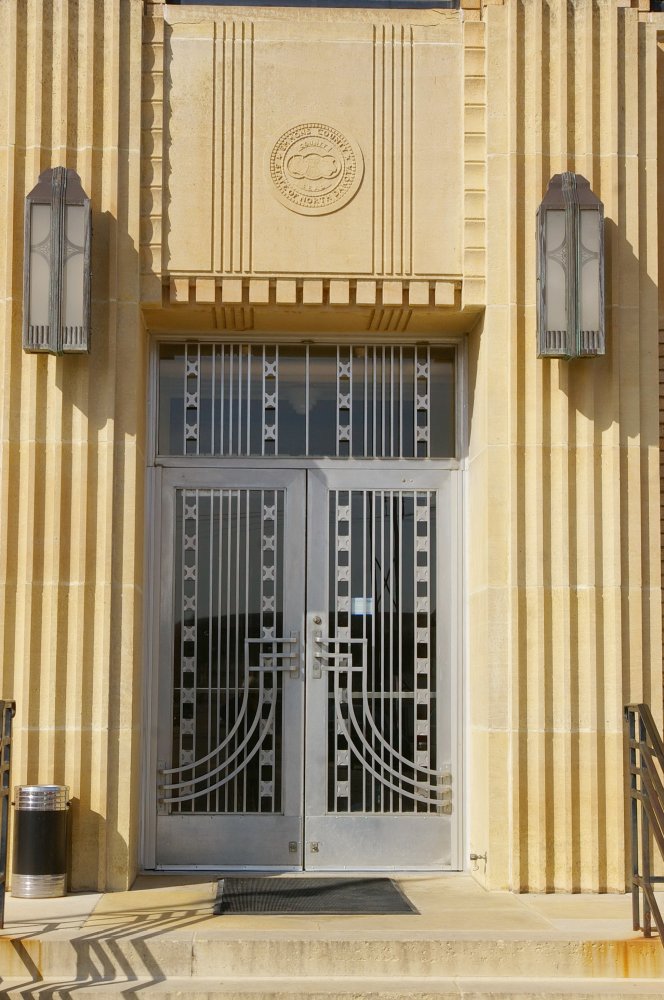 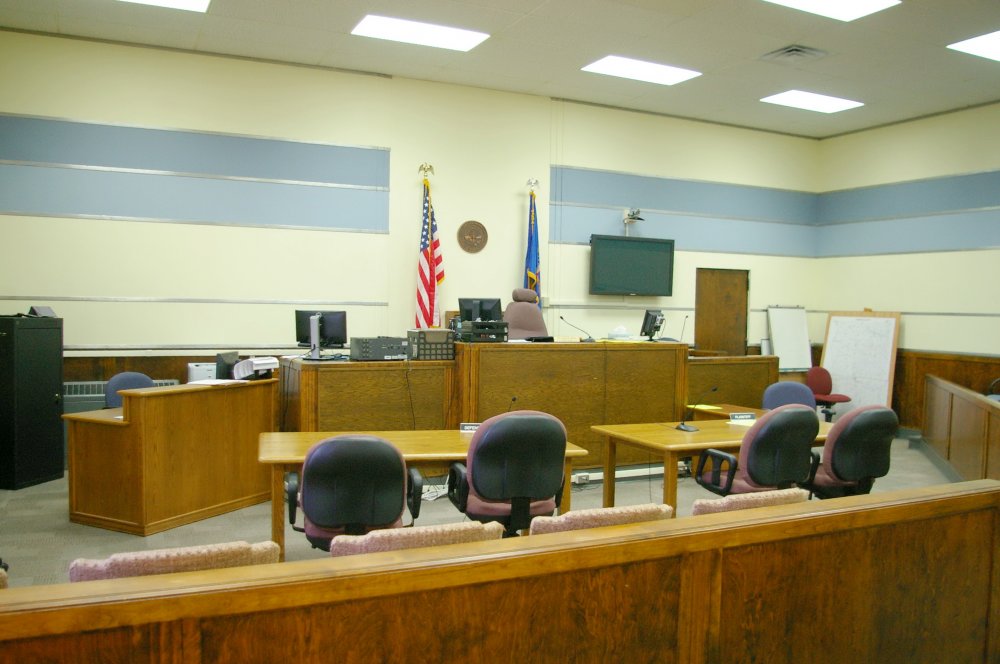