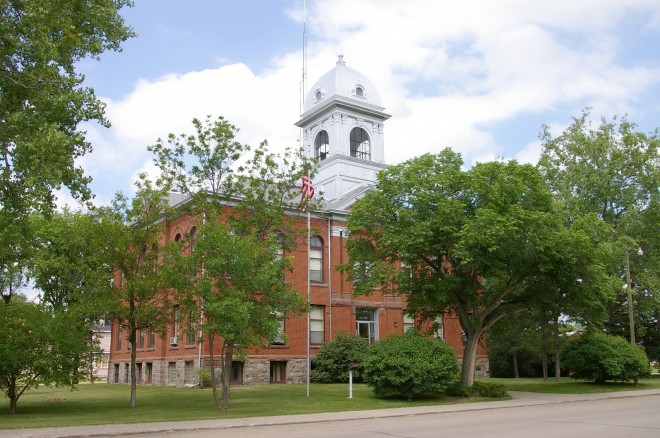 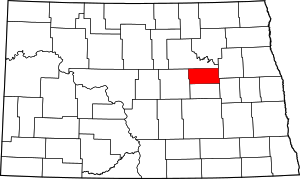 Description:  The building faces south and is a three story red colored brick structure. The building is located on landscaped grounds in the center of New Rockford. The building has a raised basement of course stone. The south front has a central entrance rising to a pediment at the roof line. Each story has a consistent and distinct fenestration system which is the original to the building. On the center of the roof is a square white colored wood tower with multipained windows. The building has a hipped roof with four small dormer gables, one on each side. Internally, the courthouse has much of its historic appearance. The ceiling has metal panels. A high wainscot of oak flanks the hallways and an open stairway with oak railing ascends to the third story County District Court courtroom located on the east side. The courtroom has simple wooden benches for viewers, historic lighting fixtures, and ample natural light from the four-paned windows. The building houses the County District Court of the Southeast Judicial District.

History:  The county was created in 1885 and New Rockford was selected as the county seat. The first courthouse erected after 1885 was located on the west side of Chicago Street. The second and present courthouse was built in 1899 to 1900 and the foreman during construction was H W Clark of New Rockford. 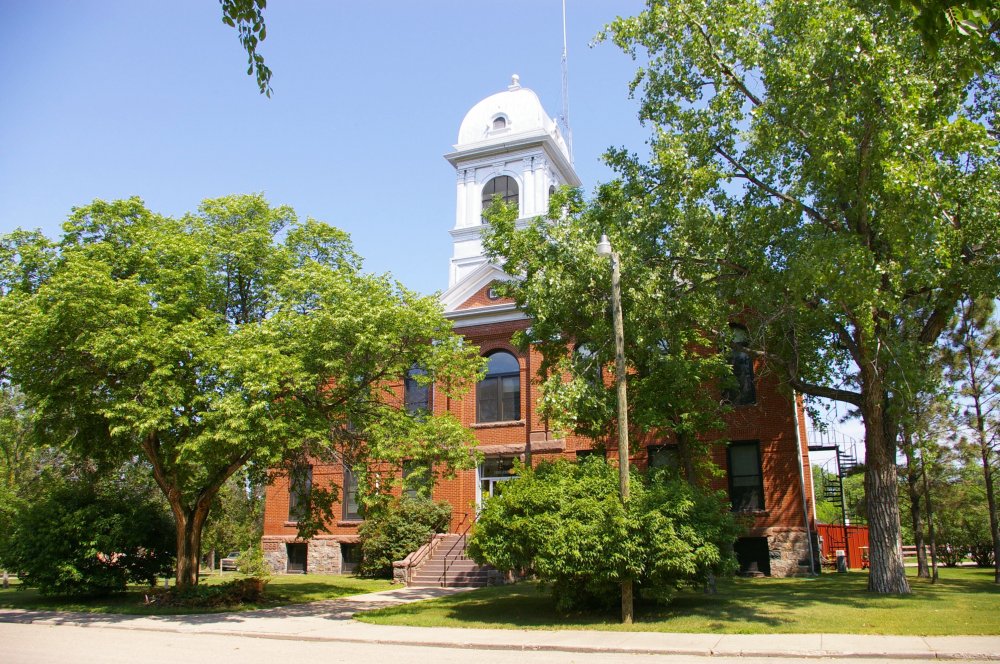 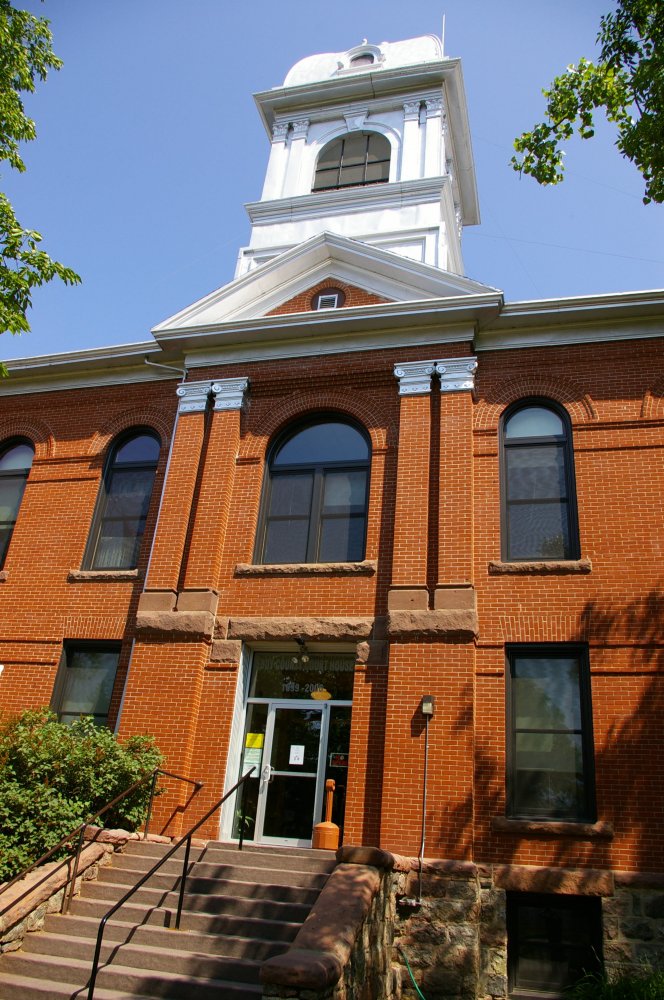 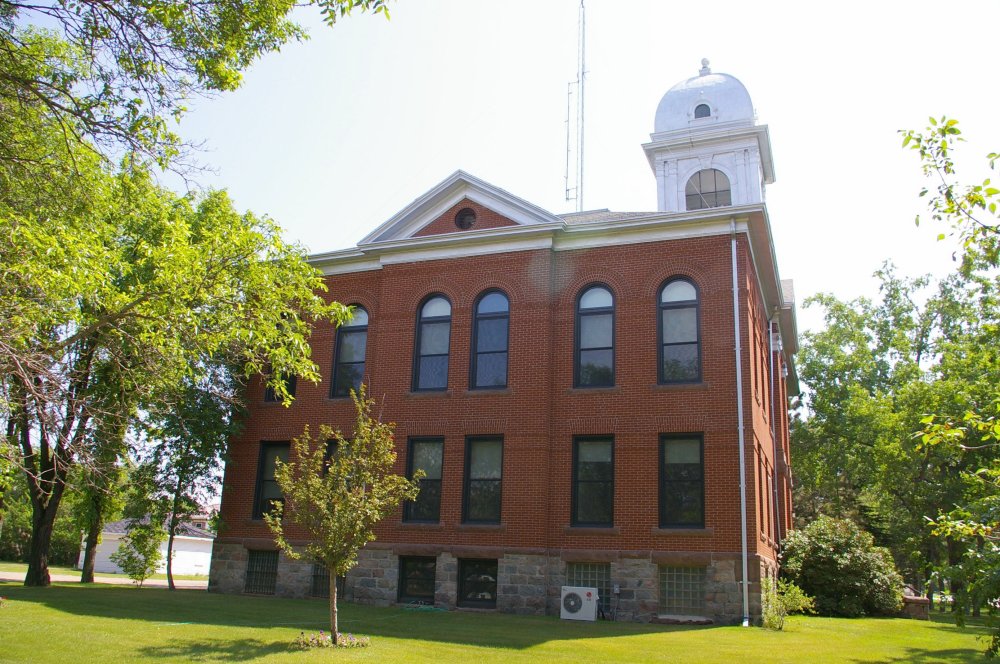 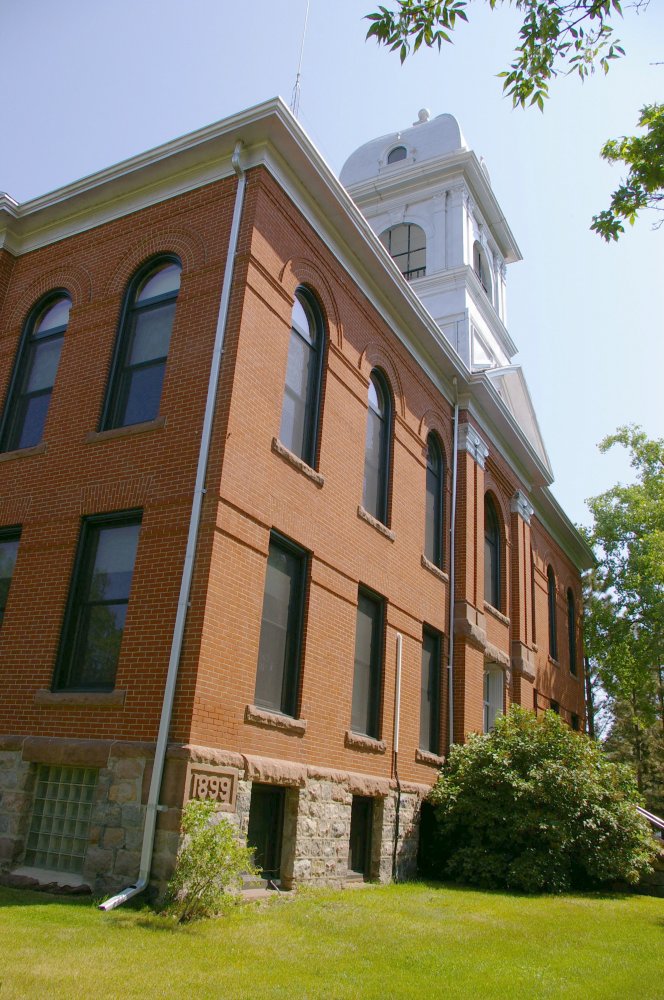 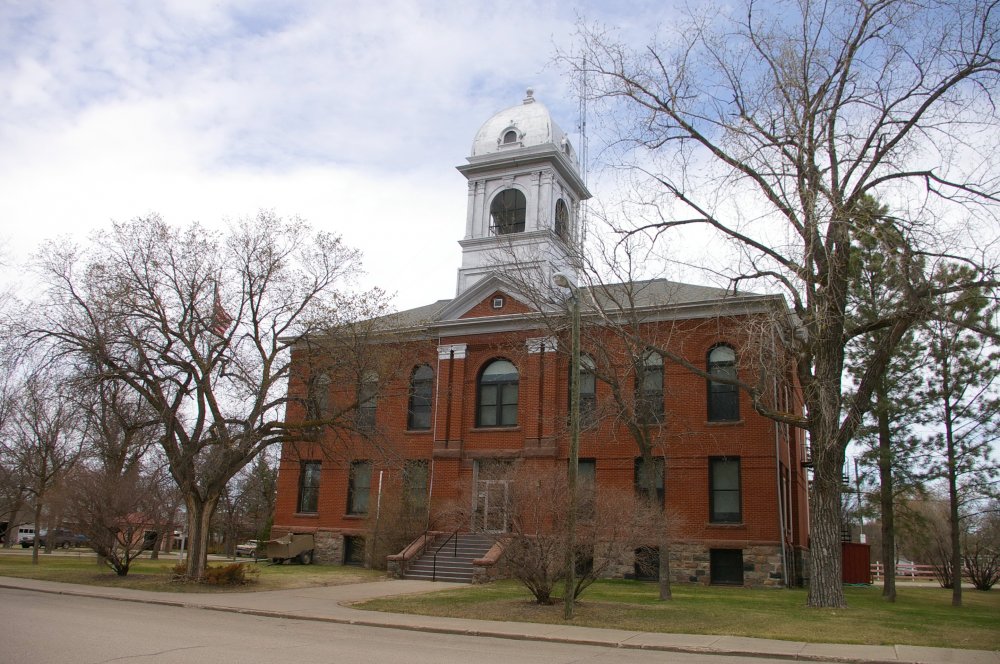 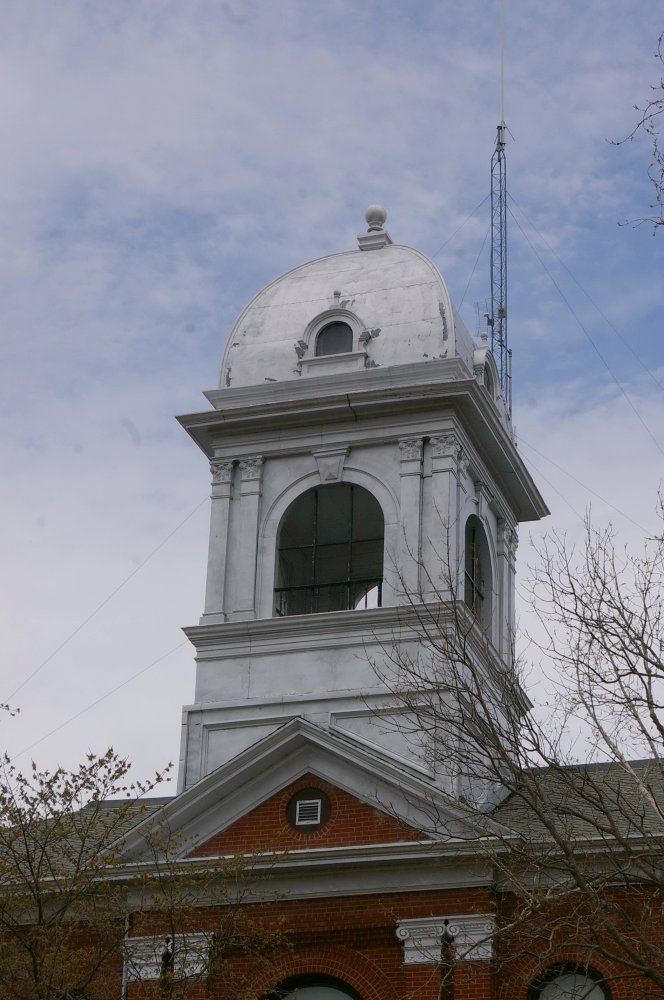 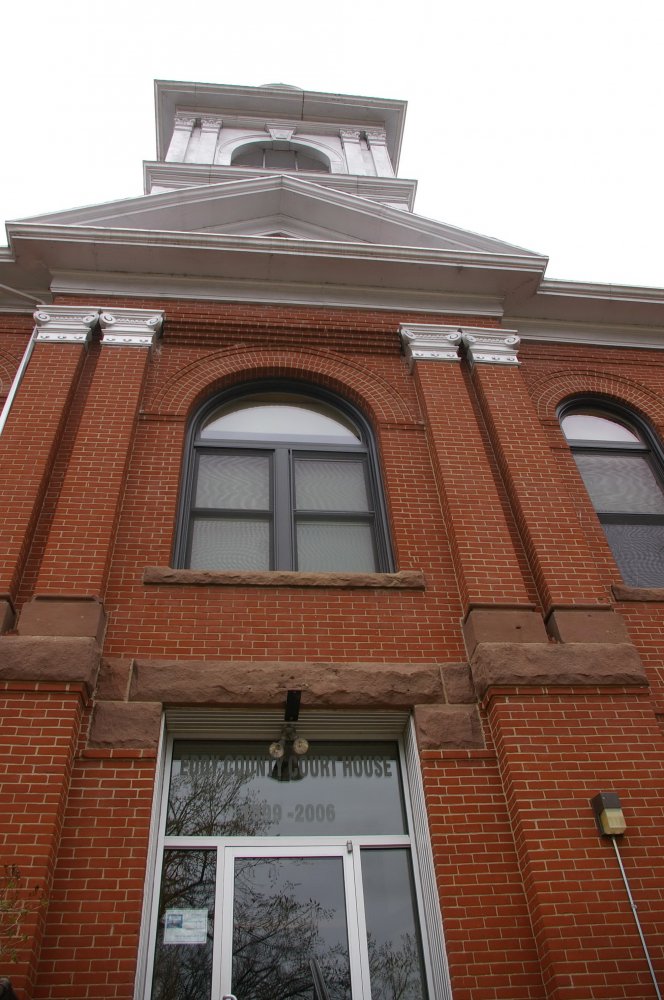 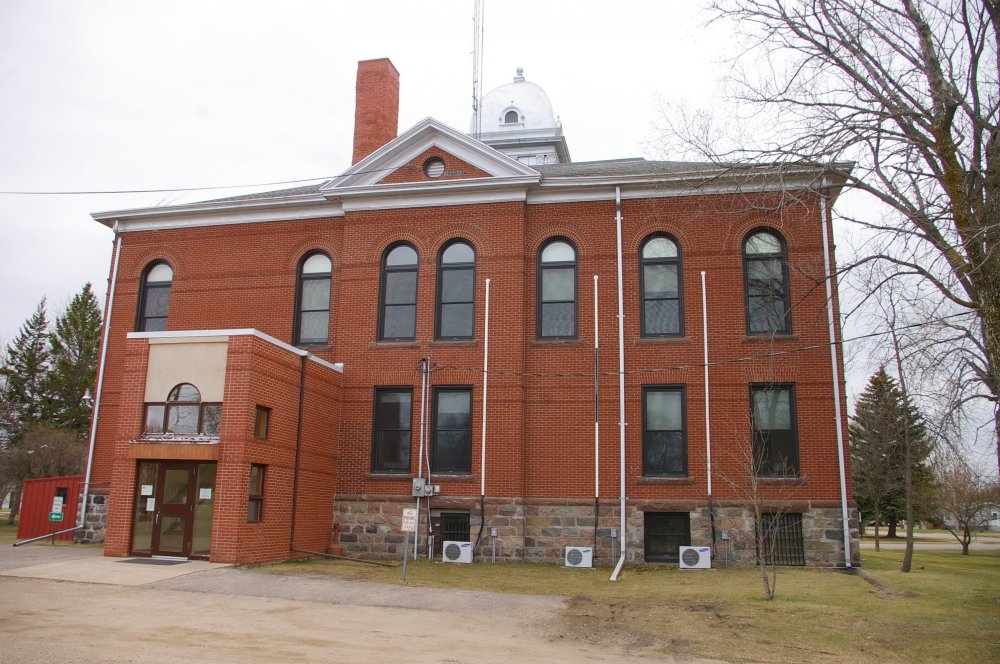 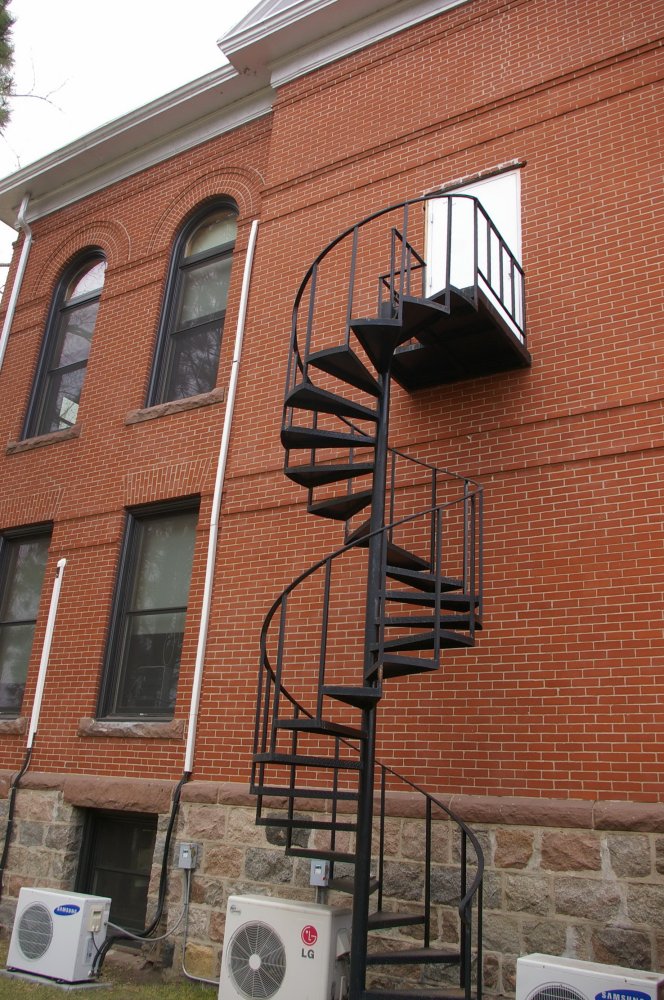 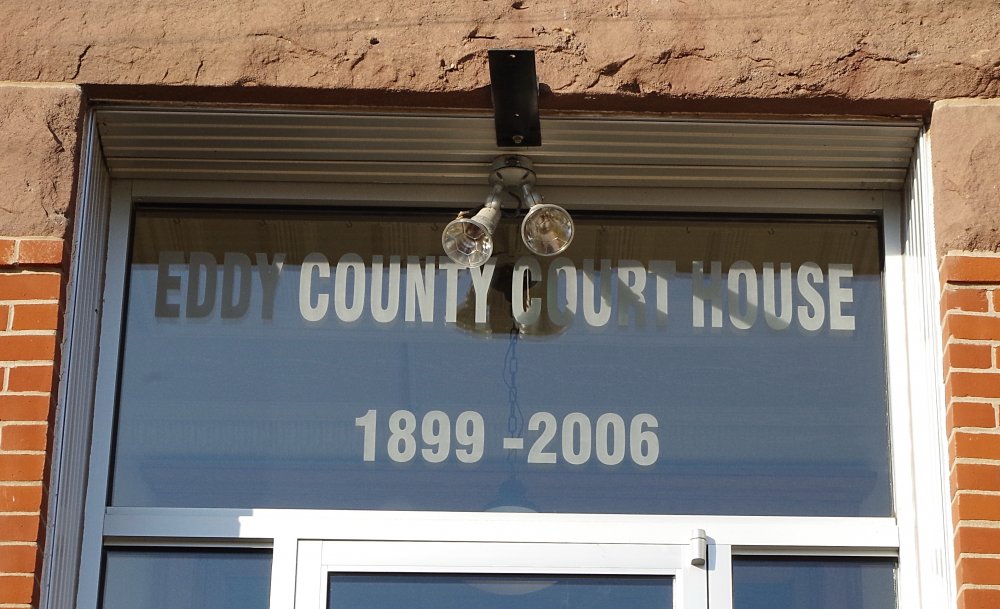 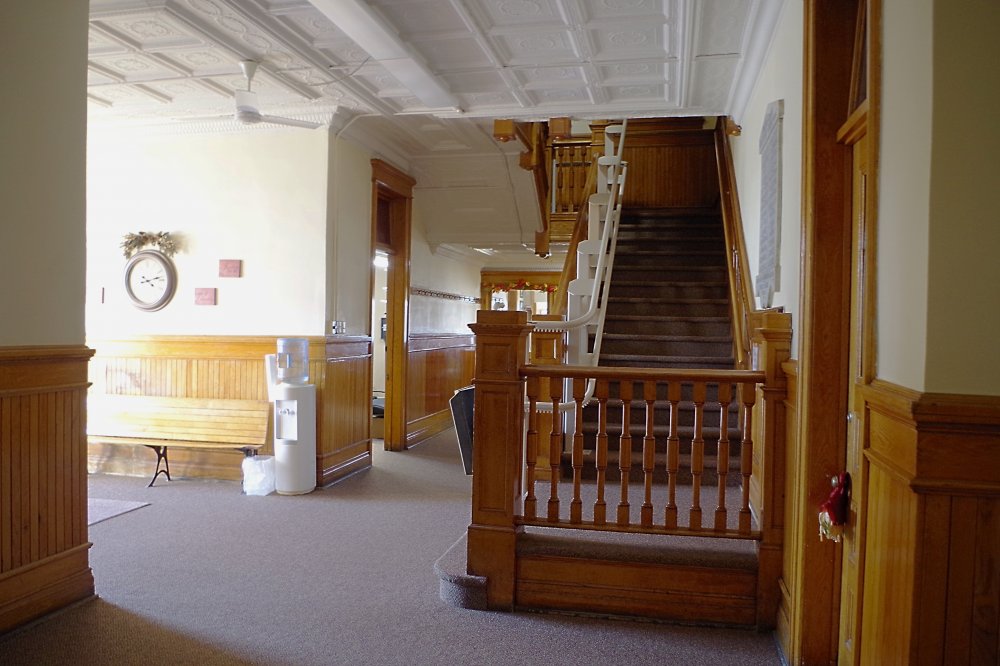 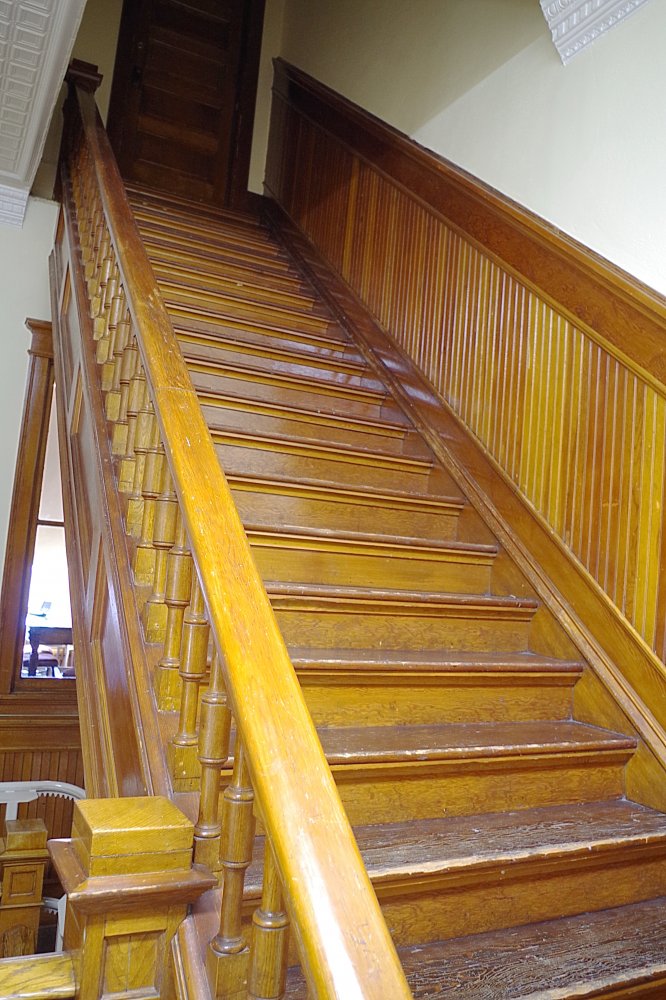 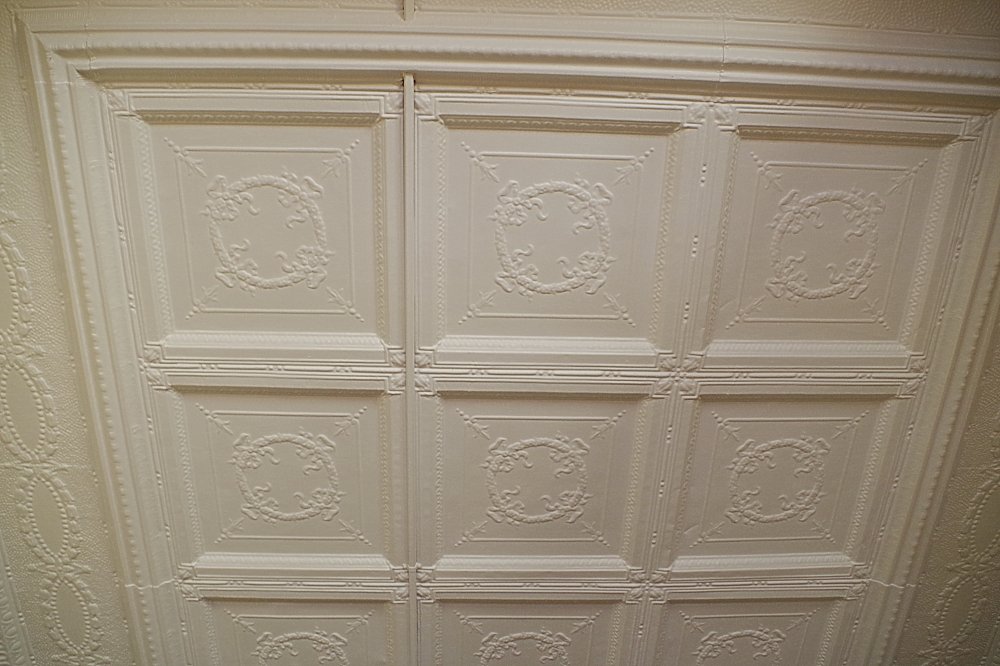 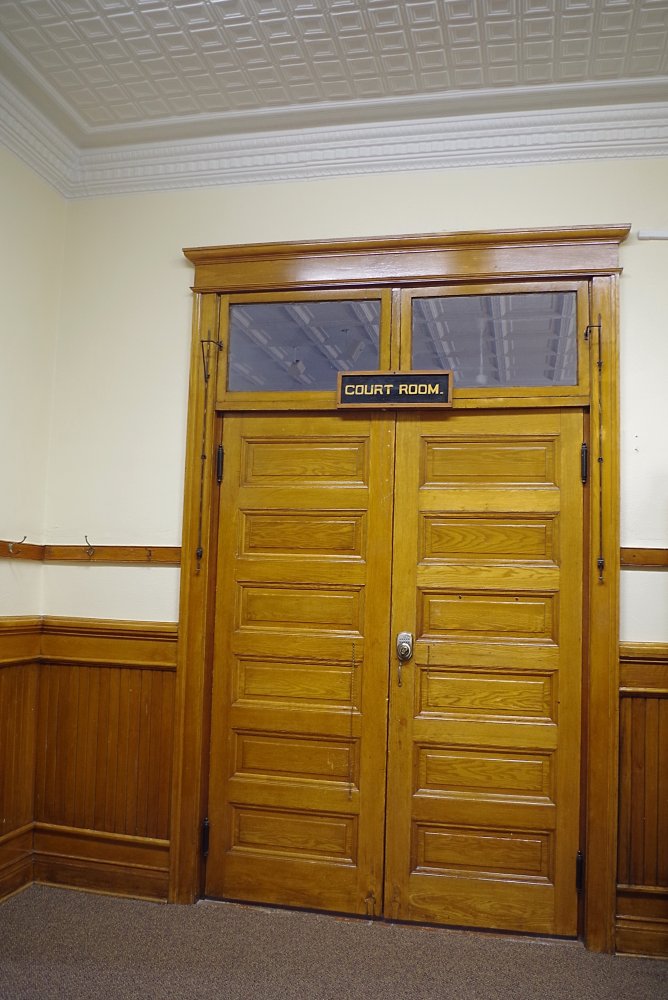 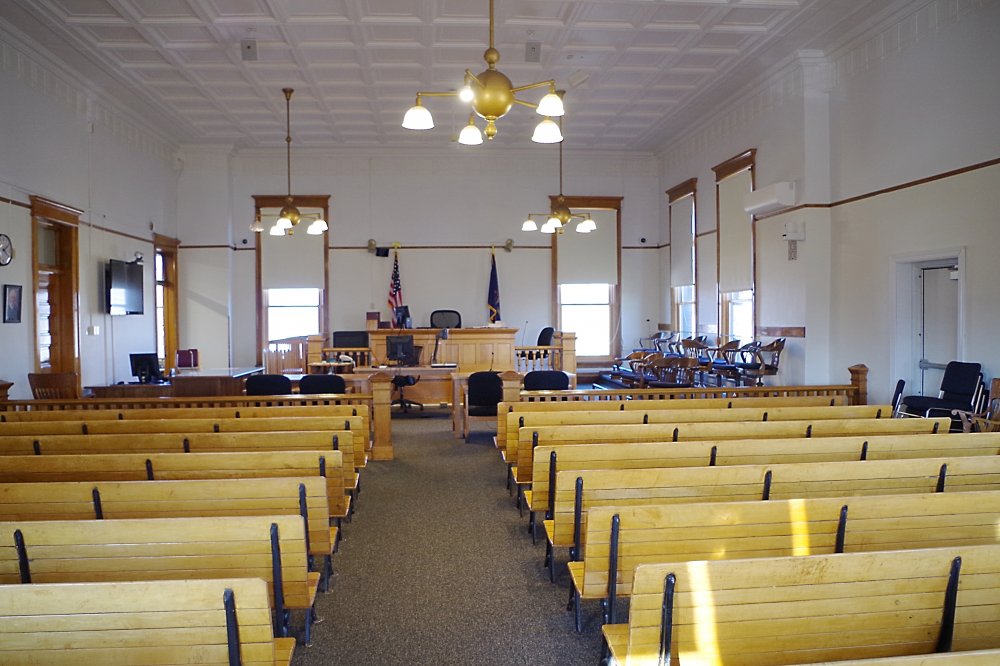 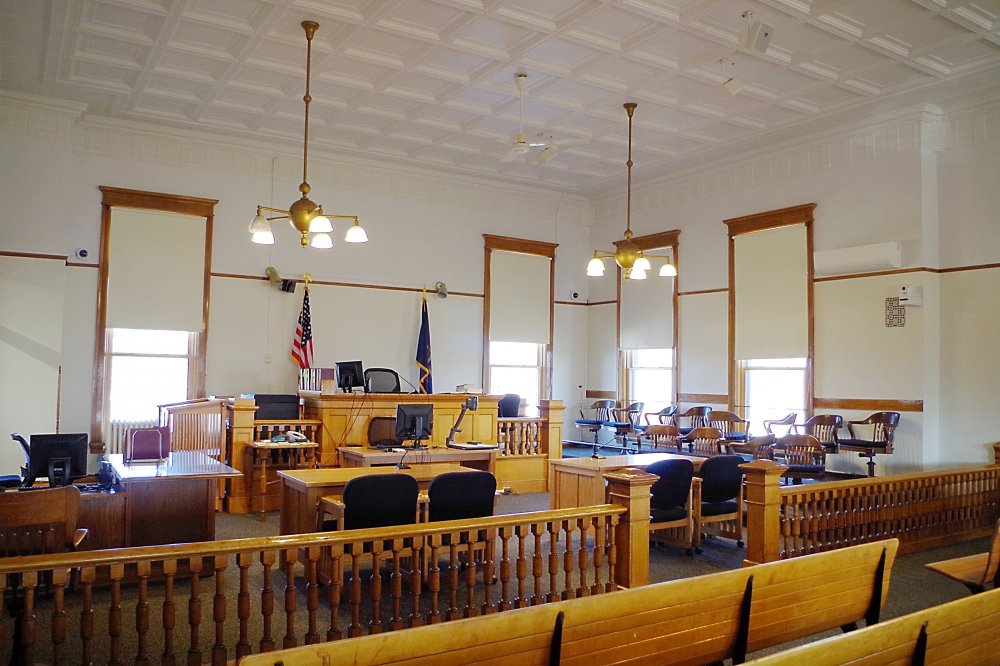 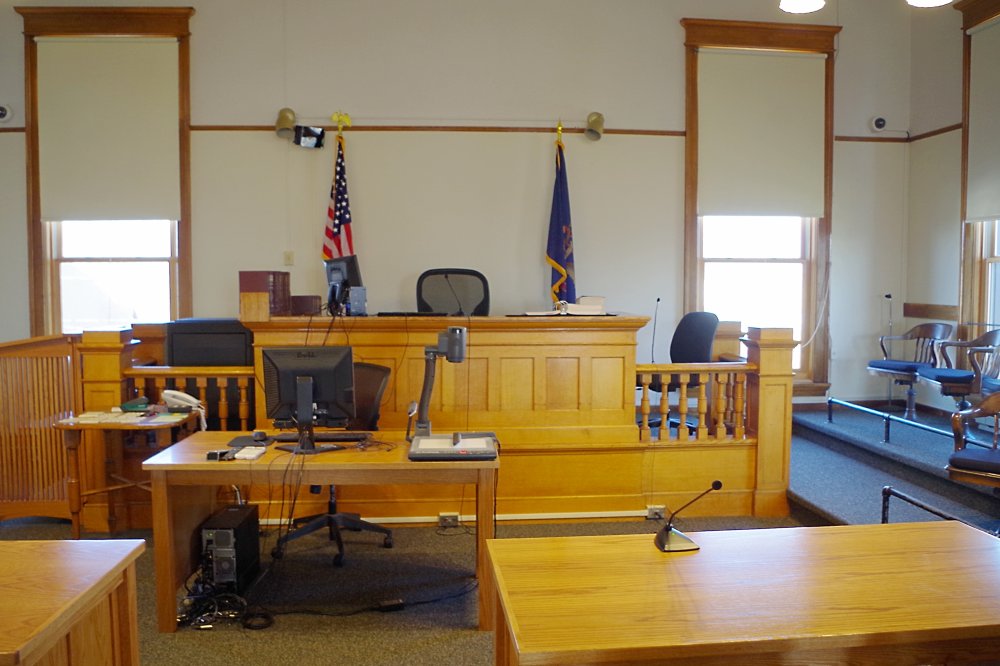 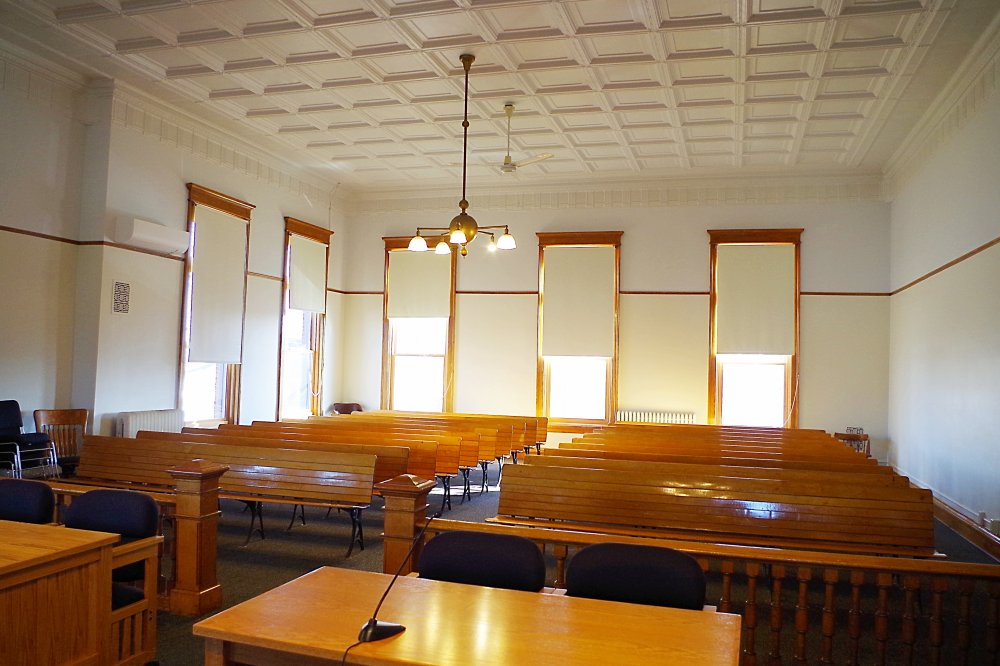 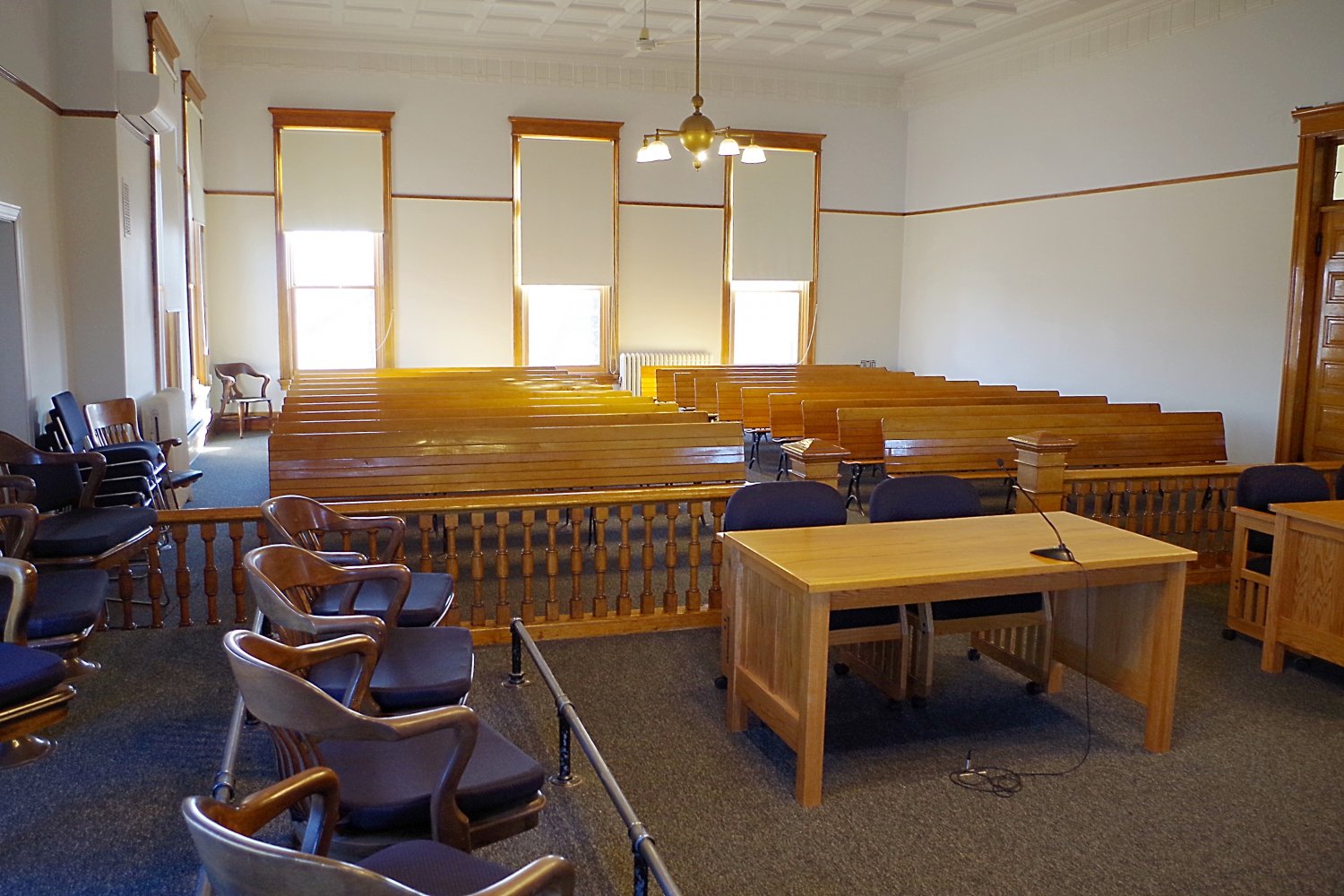 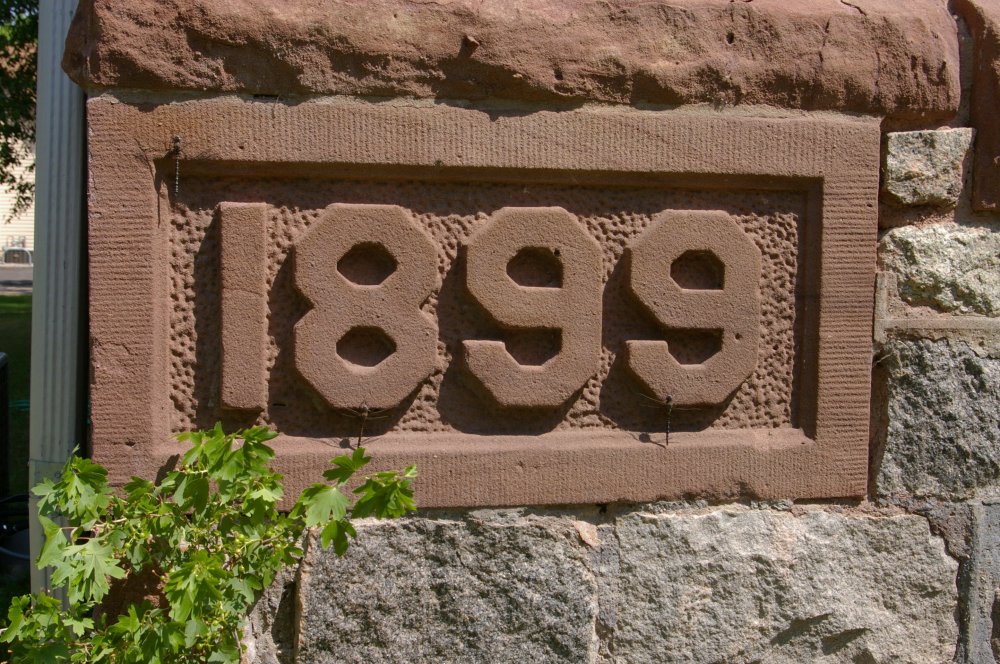 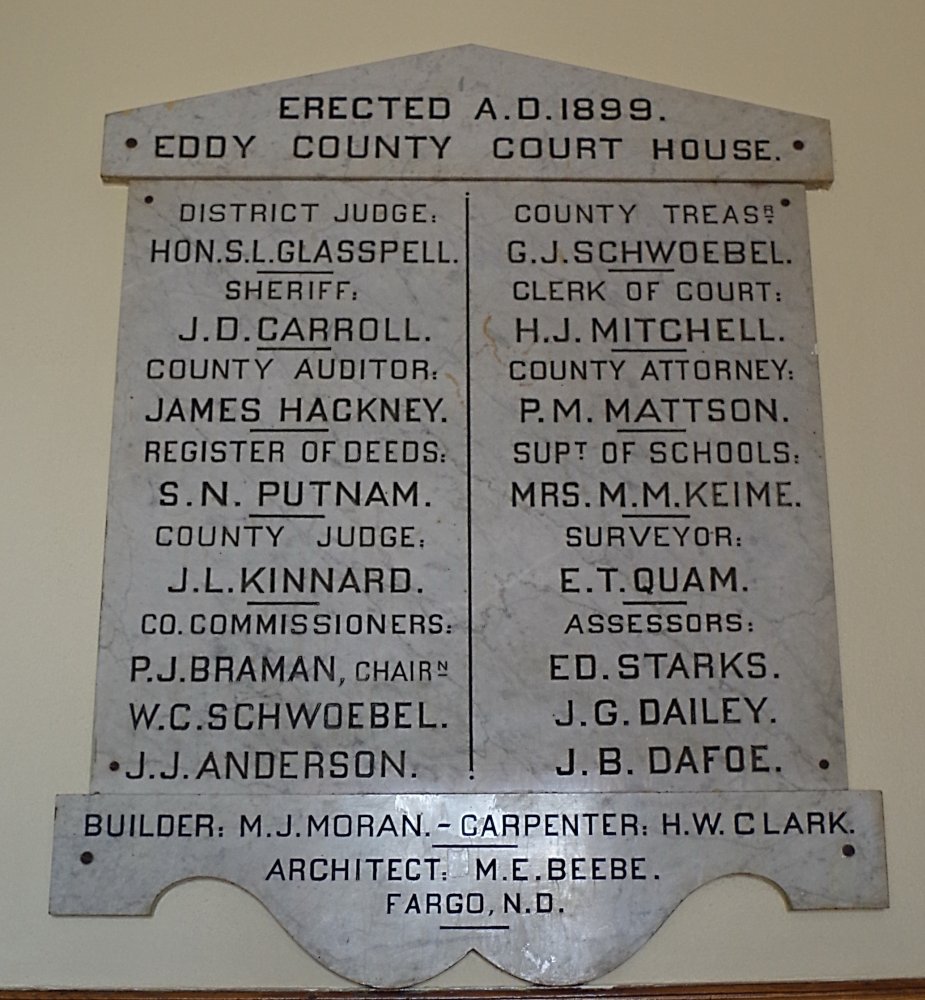