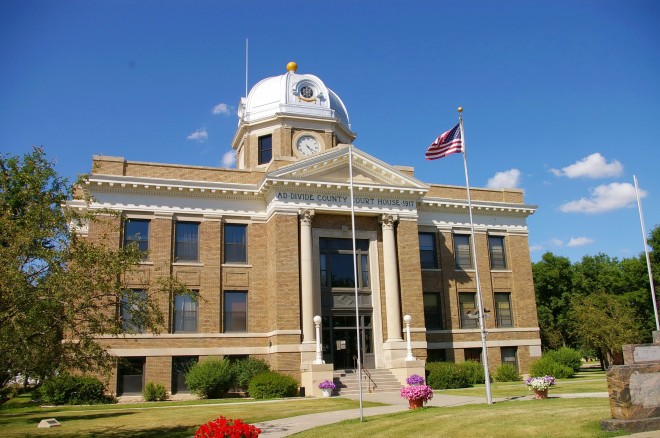 Divide County is named due to the vote of November 1910 when Williams County was divided to form the new county.

Description:  The building faces south and is a two story brown-buff colored brick, limestone and concrete structure. The building is located on spacious landscaped grounds in the center of Crosby. On the center of the roof is an octagonal central dome with silver colored roof and clock. The south front has a Greek-style portico supported by two tall columns. White colored trim surrounds the roof line. The interior features terrazzo floors and dark wood trim. Stairwells and landings have stencil decorated walls, and the rotunda has a mural and stencil painted dome ceiling rather than a skylight. The dome features four large murals with scenes of early area history: Indians traveling on horseback, a railroad town, a dairy farm and a sod house-homestead. Panels between the murals have painted eagles resting on wreathed emblems. Below the murals a decorative bracketed molding circles the dome, supported by corner pilasters with Corinthian caps. Between the pilasters are painted decorative panels. The courtroom is located on the second story and has coffered ceiling with egg-and-dart molding, with recesses filled now with acoustical tile. Original furnishings include fold-up gallery seats, swivel jury seats, benches and desks. Above the pilastered judge’s bench is a large mural. Hanging fixtures are brass with glass-globes. The building houses the County District Court of the Northwest Judicial District. In 2017, a major addition to the courthouse was added on the north side that greatly expanded the square footage. The architect was Klein, McCarthy & Company and the contractor was Construction Engineers, Inc. To the norteast is the Sheriff’s Residence.

History:  The county was created in 1910 and Crosby was selected as the county seat. The Commissioners met at the Security State Bank in Crosby. Then they met at the Traveler’s Hotel and State Bank of Williams County. The first courthouse was the Sagerty Hall. The second and present courthouse was constructed in 1917. The contractor won the bid at $104,951 but stopped work in 1917 and Max Bowman was hired as superintendent to complete construction. Other contractors were Pauly Jail Building Company for jail cells, Crosby Auto Company for electrical work and Foster and Connelly Heating Company. 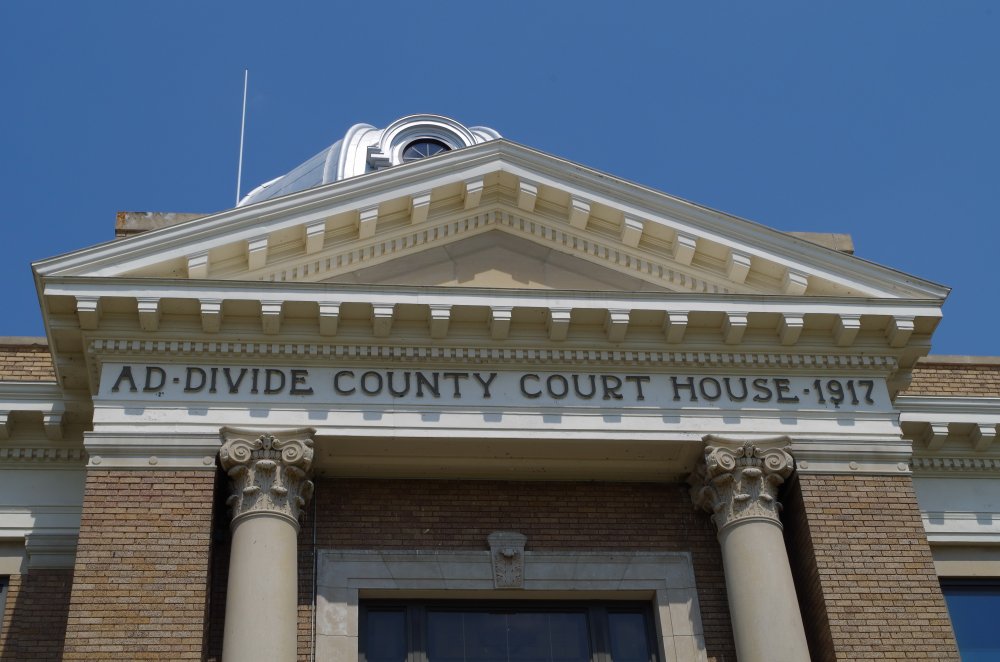 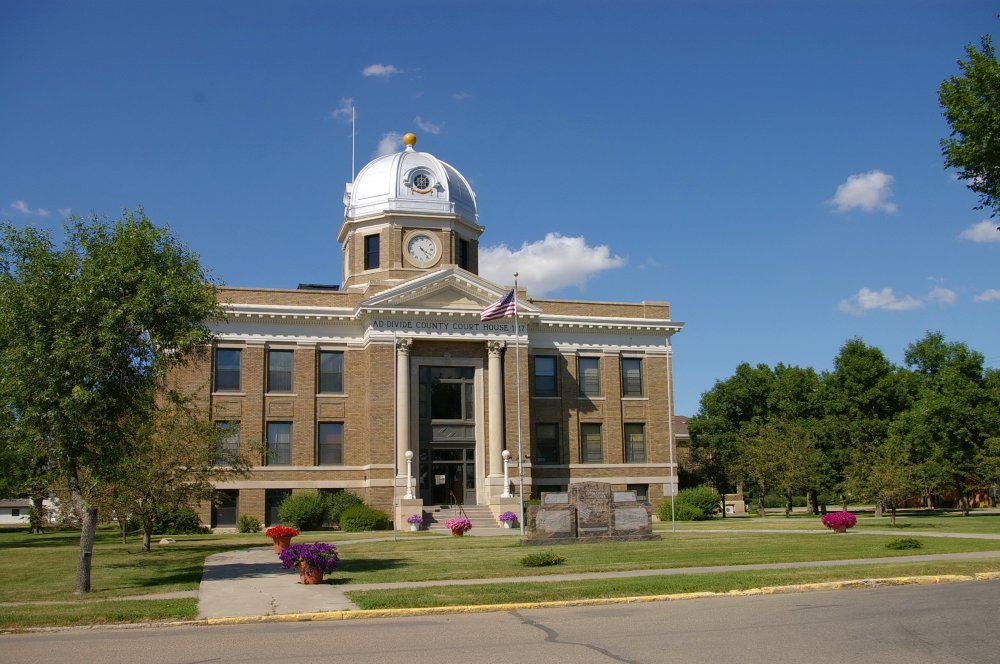 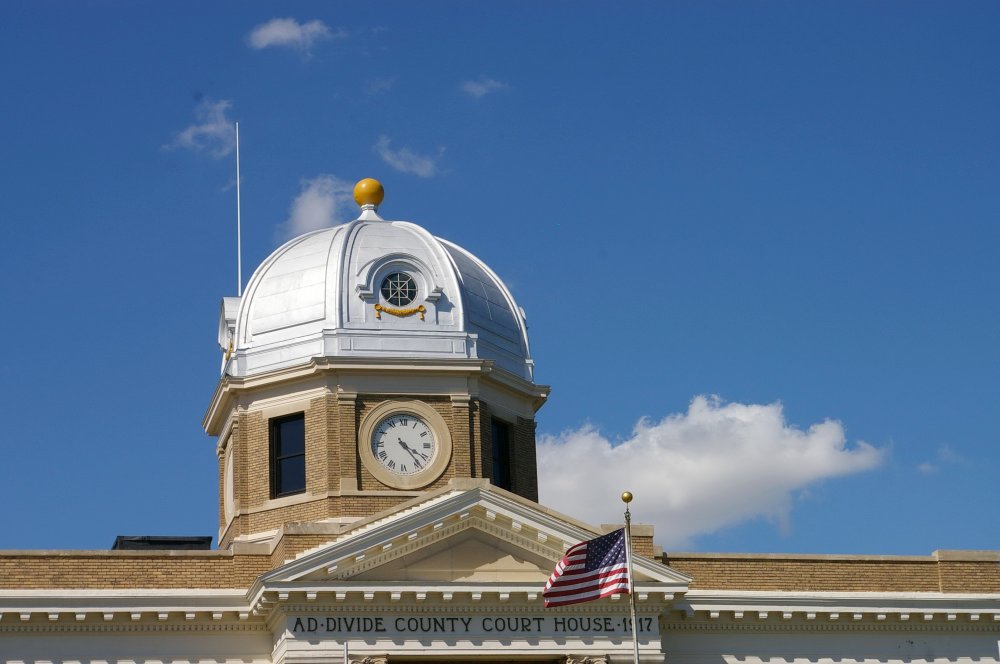 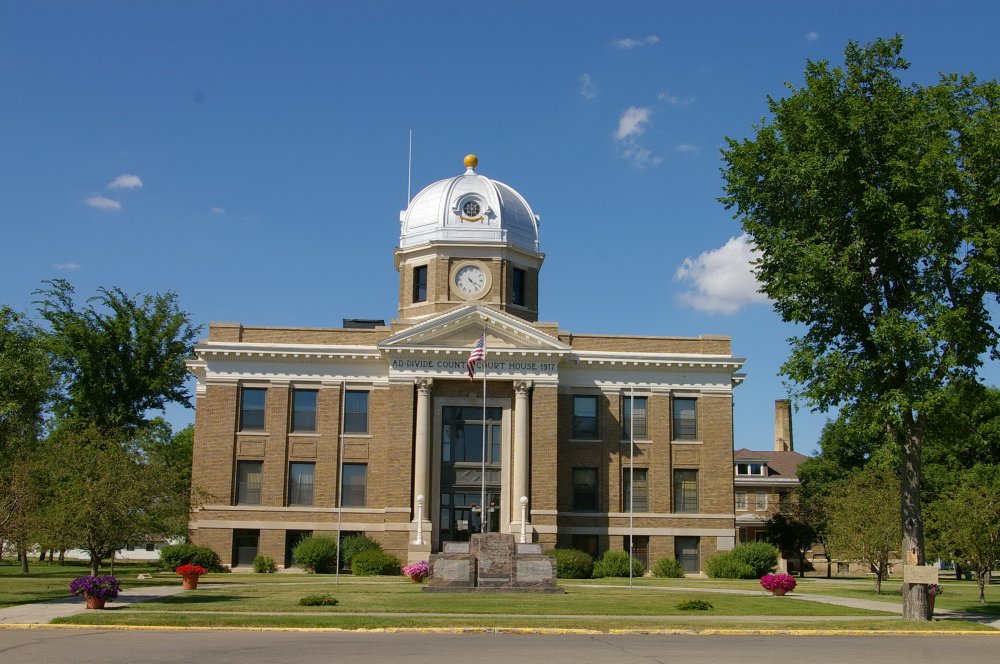 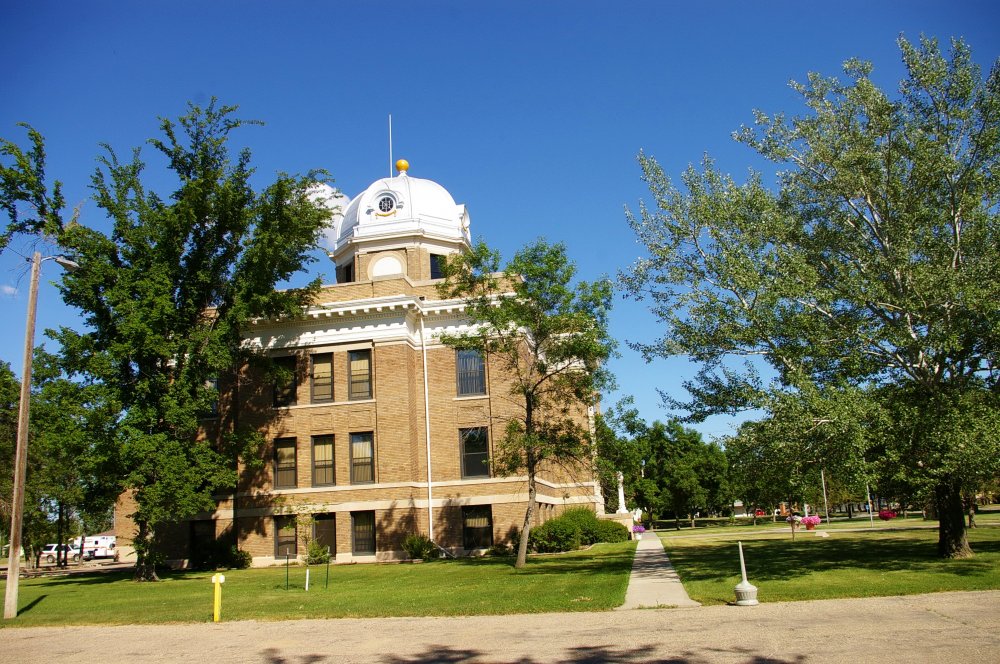 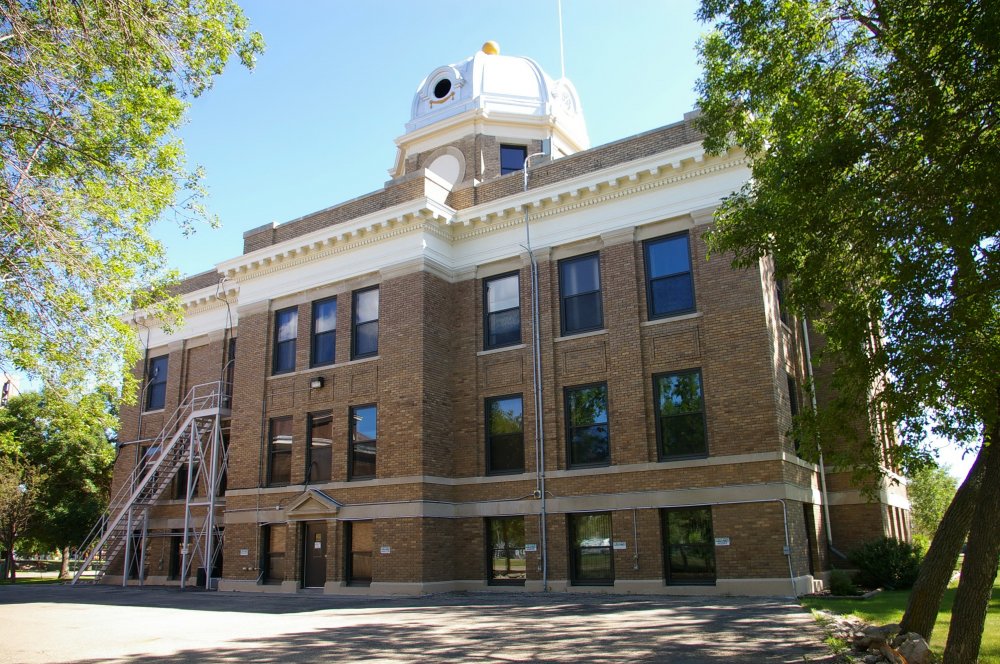 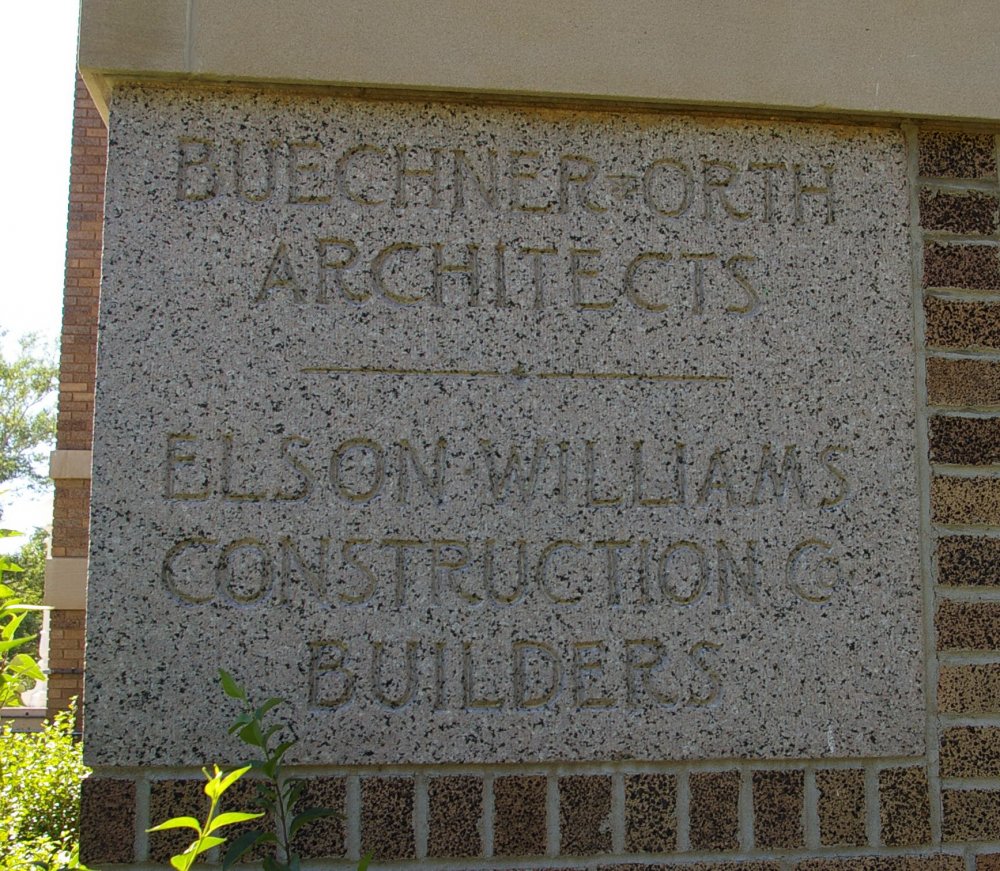 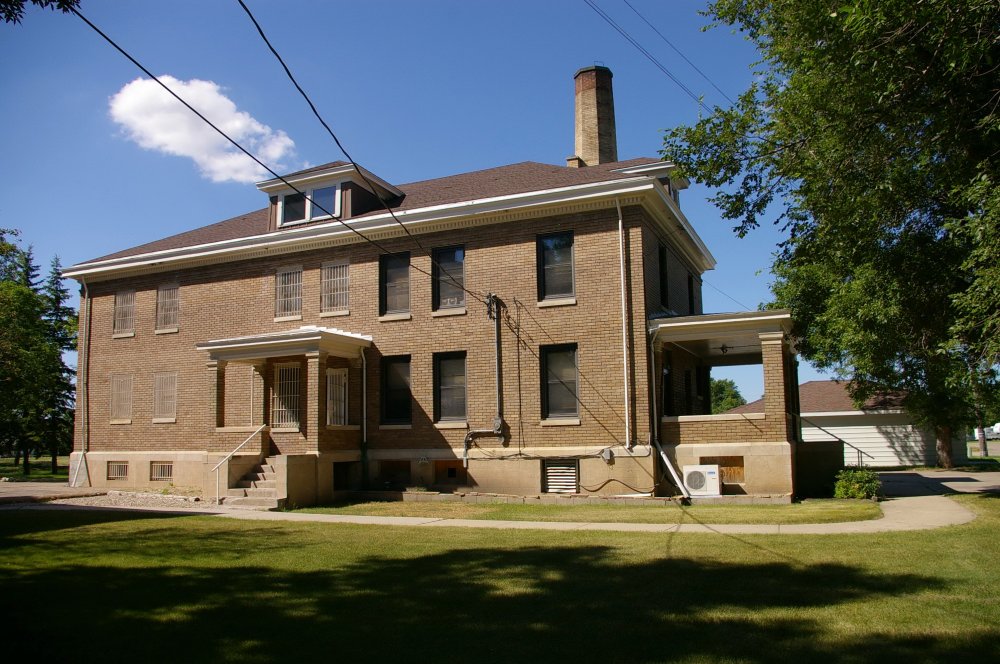