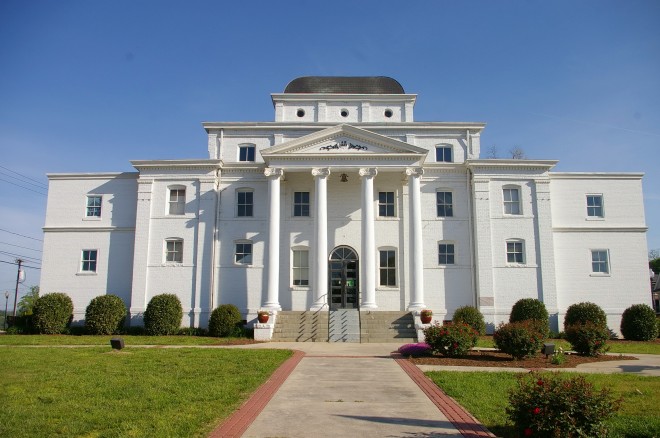 Wilkes County is named for John Wilkes, who was an English radical, journalist and politician.

Description:  The building faces south and is a three story white colored brick and concrete structure. The building is located on spacious landscaped grounds in the center of Wilkesboro. The south font has a portico with four tall white colored columns rising to a pediment. The third story is recessed with a smaller section above having three round windows and a curved roof. The building is now the Wilkes County Heritage Museum. 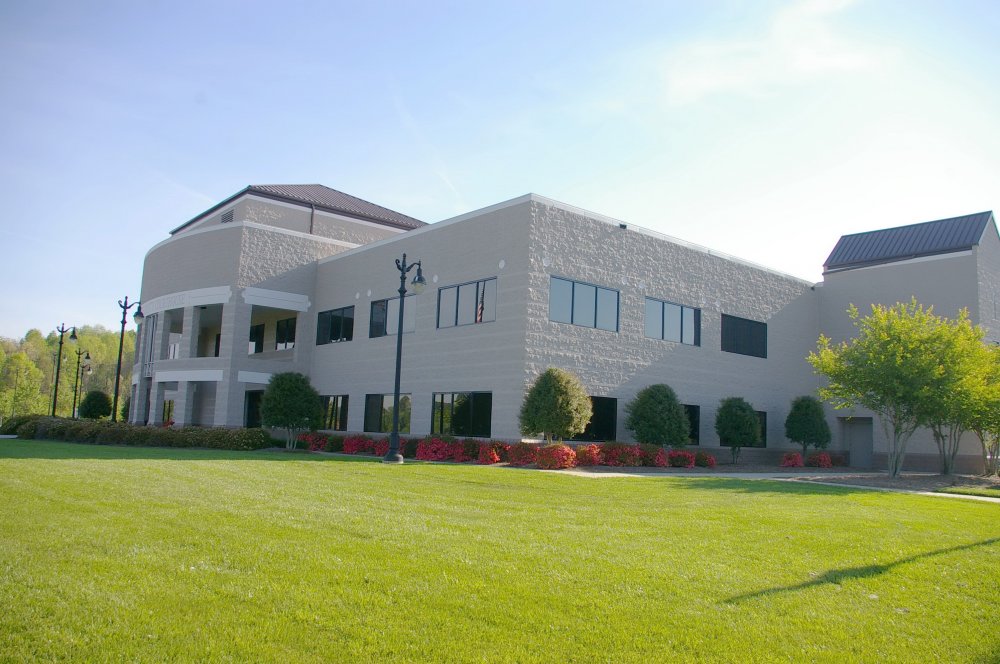 Description:  The building faces west and is a two story gray stone, concrete and glass structure. The building is located on spacious landscaped grounds on the south side of the center of Wilkesboro. The west front has a semi-circular section with open square sections. The roof line is flat. The building houses the County Superior Court and  County District Court of the 23rd Judicial District. 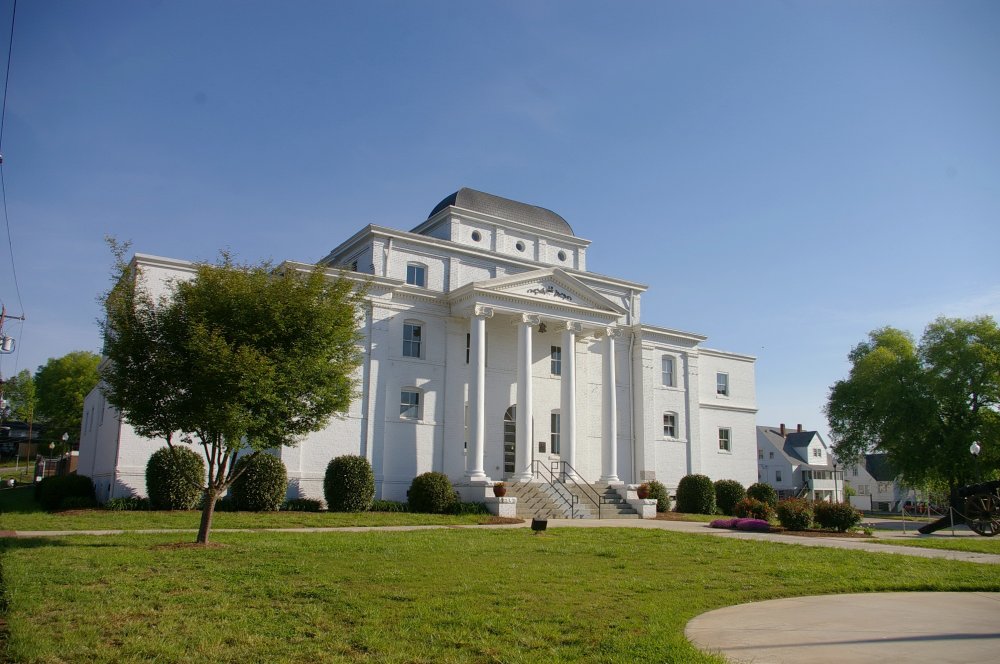 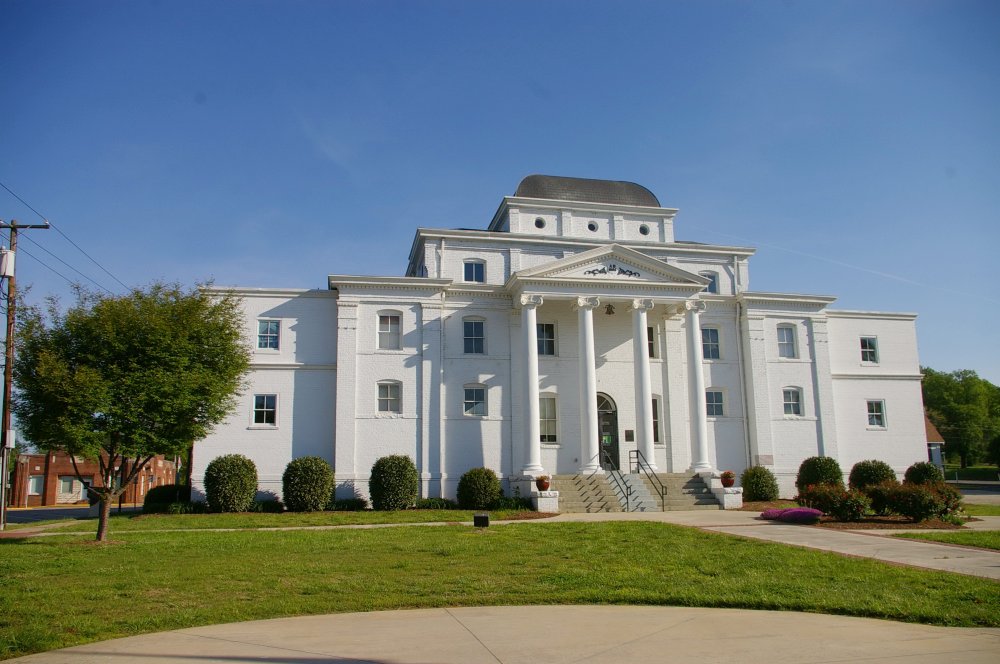 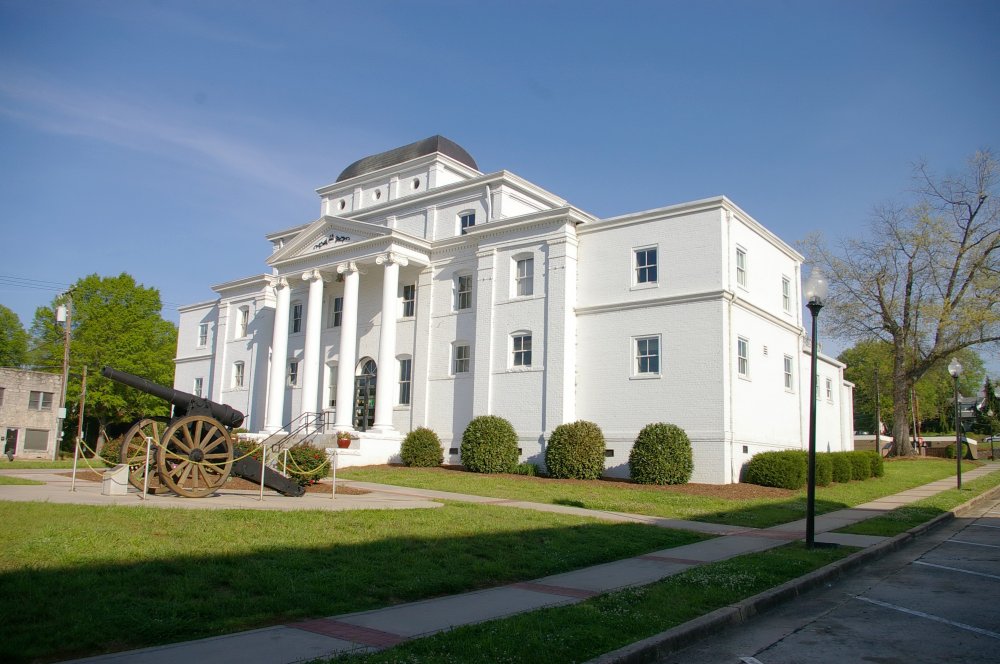 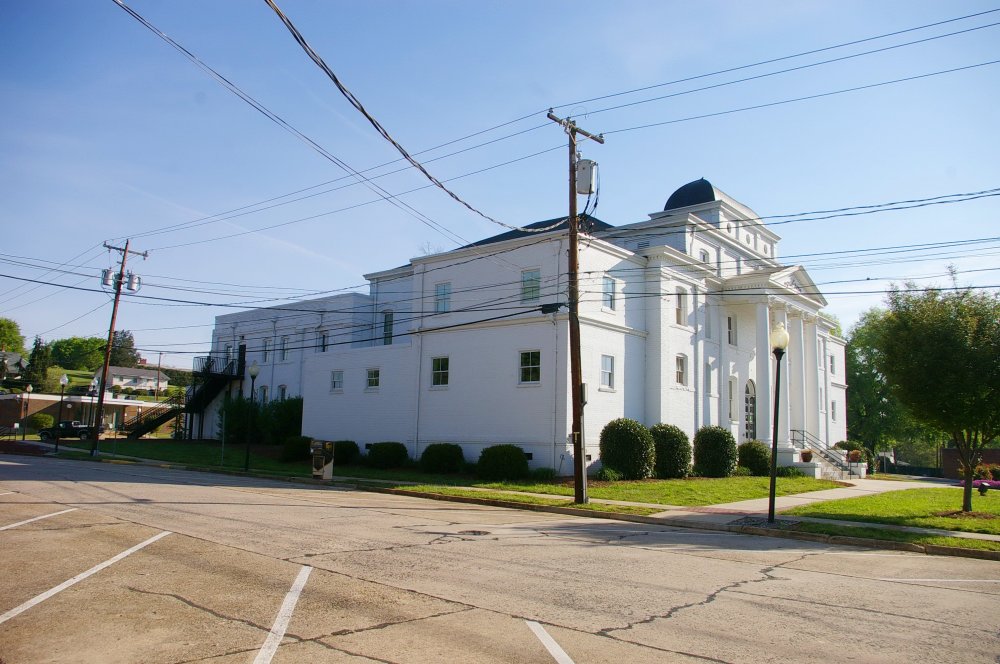 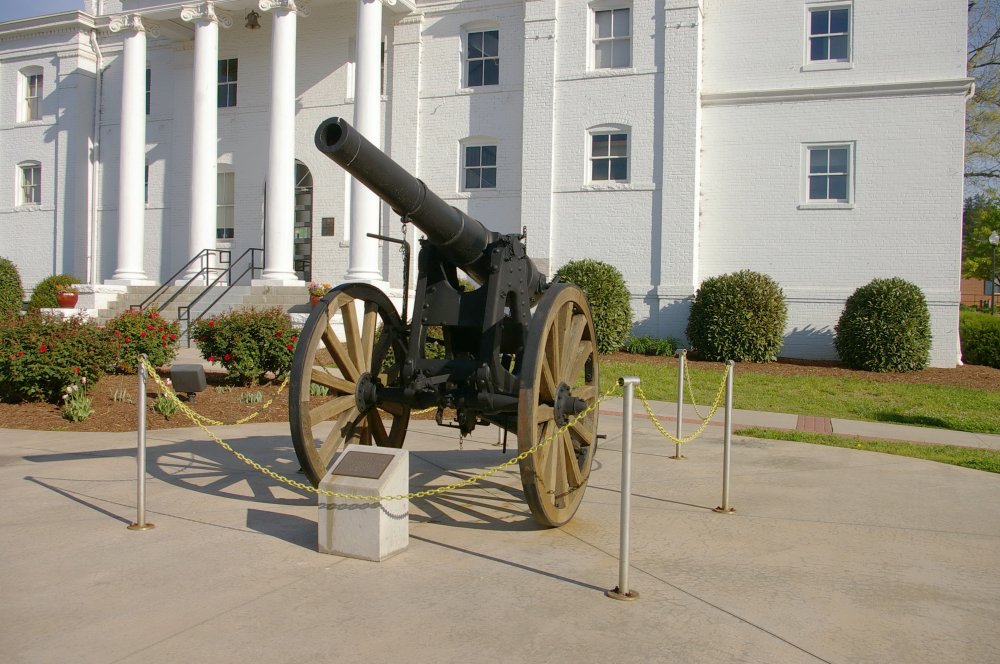 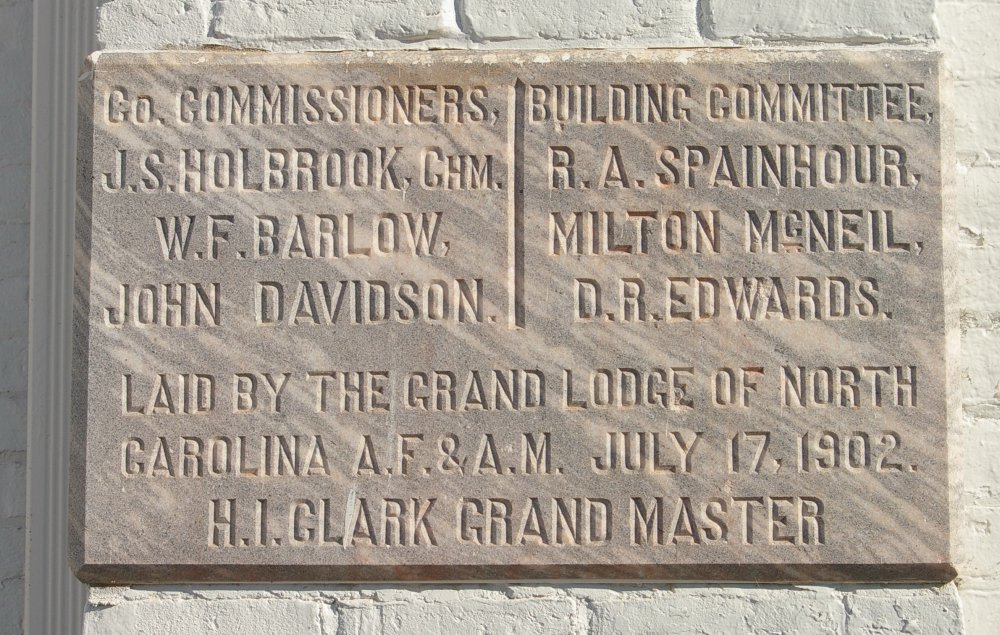 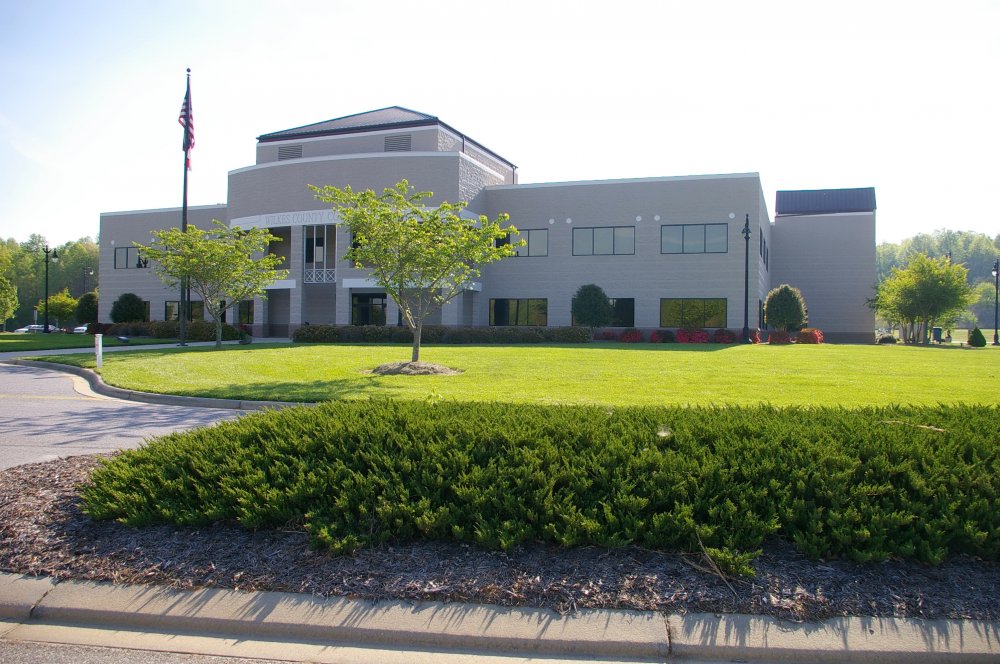