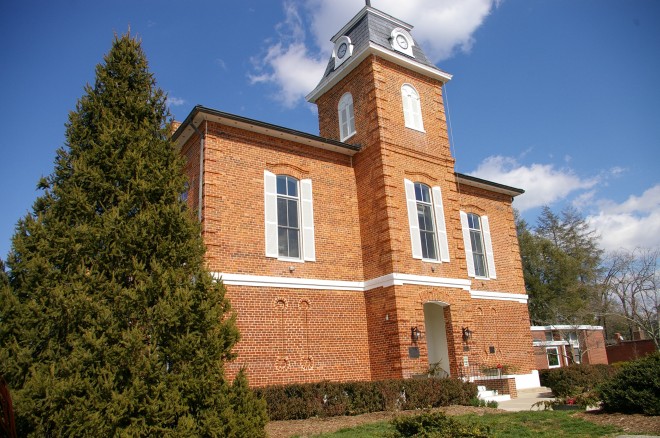 Transylvania County is named for the Latin words “trans” meaning “across” and “sylva” meaning “woods”.

Description:  The building faces south and is a two story red colored brick structure. The building is located on landscaped grounds in the center of Brevard. The building has a square brick tower at the center with recessed doorway and vertical narrow window on the second story and with mansard roof at top with clock. There are no windows on the first story and a vertical narrow window on each side of the central tower. The roof is hipped. In the interior, the first story has a central hallway. On either side of the south entrance, stair rise to the courtroom on the second story which has Victorian paneled doors and wooden folding seats. The building houses the County Superior Court and County District Court of the 29th Judicial District. The architect was Thomas Davis and the contractor was Thomas Davis. The building was remodeled in 1919 to 1920 with an addition constructed and jail added in 1921. On the east side is the County Administration Building.

History:  The county was created in 1861 and Brevard was selected as the county seat. The first courthouse was a wood structure erected in Brevard in 1866. The second and present courthouse was constructed in 1873 to 1874 at a cost of $12,000. 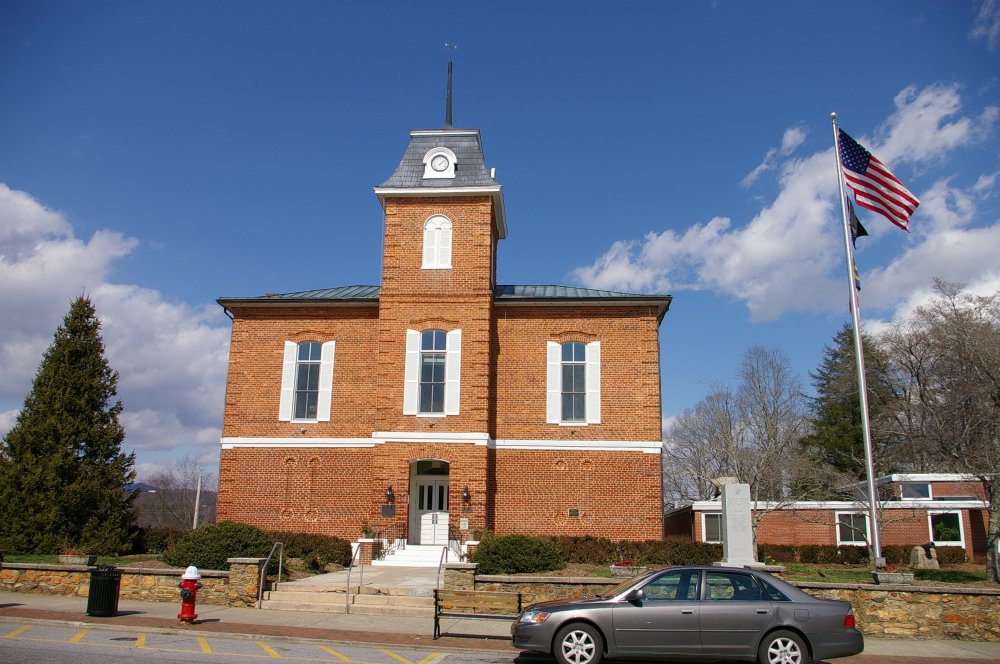 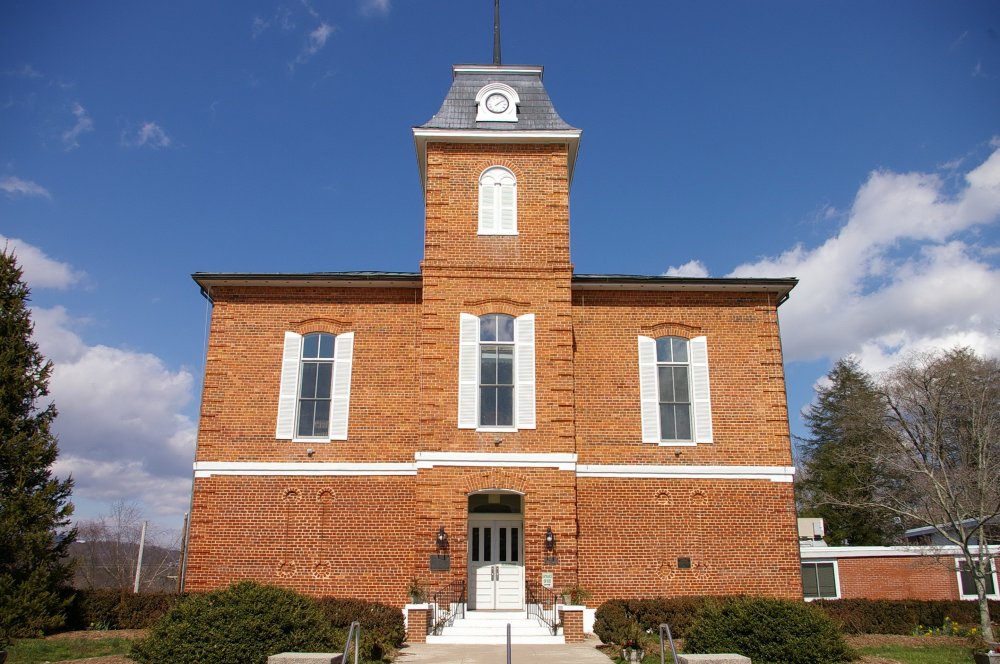 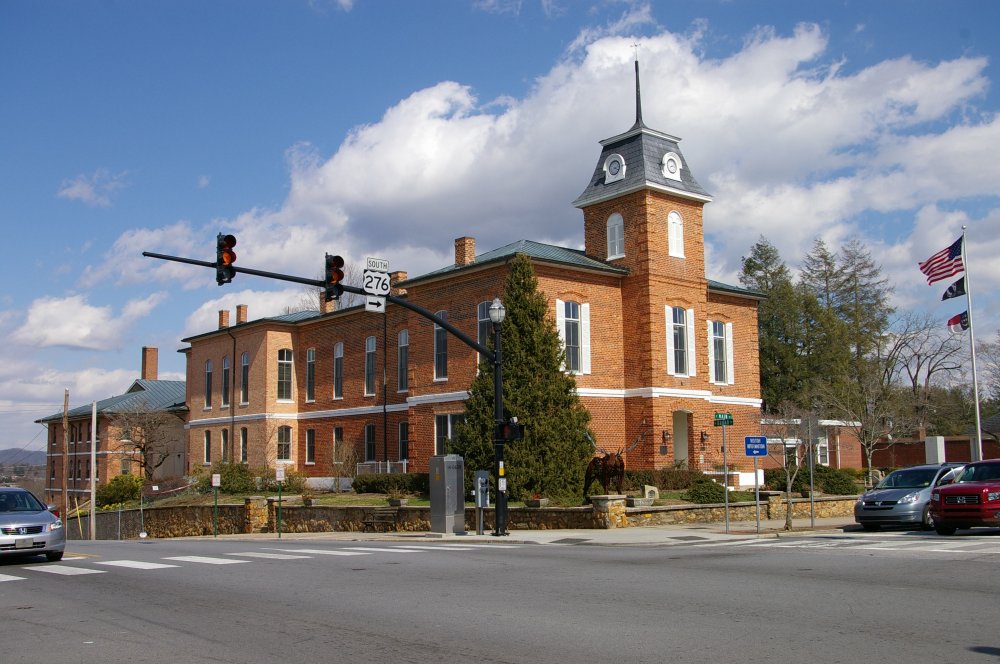 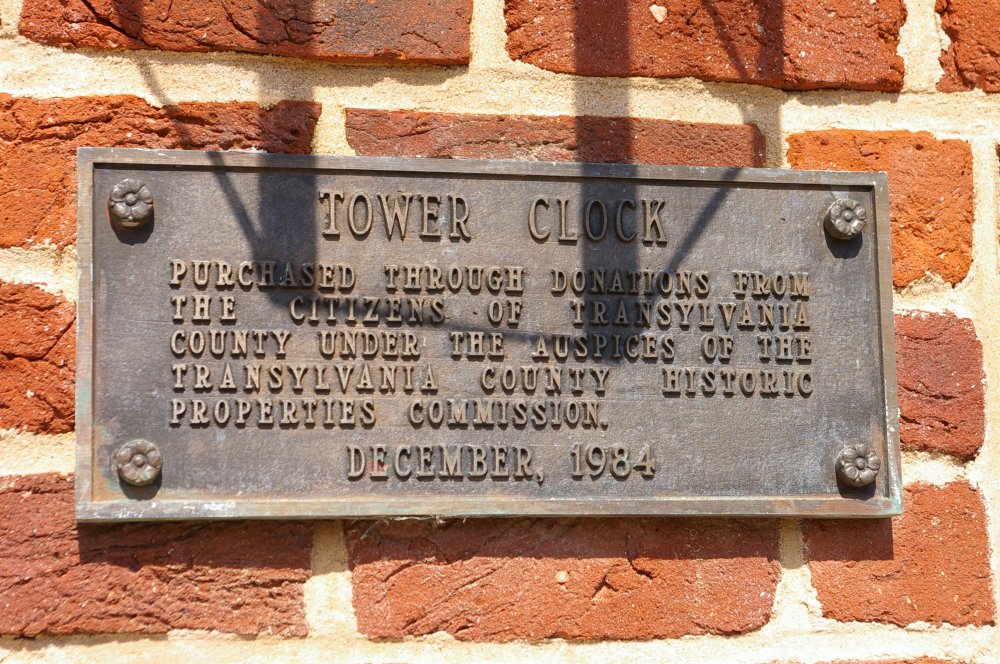 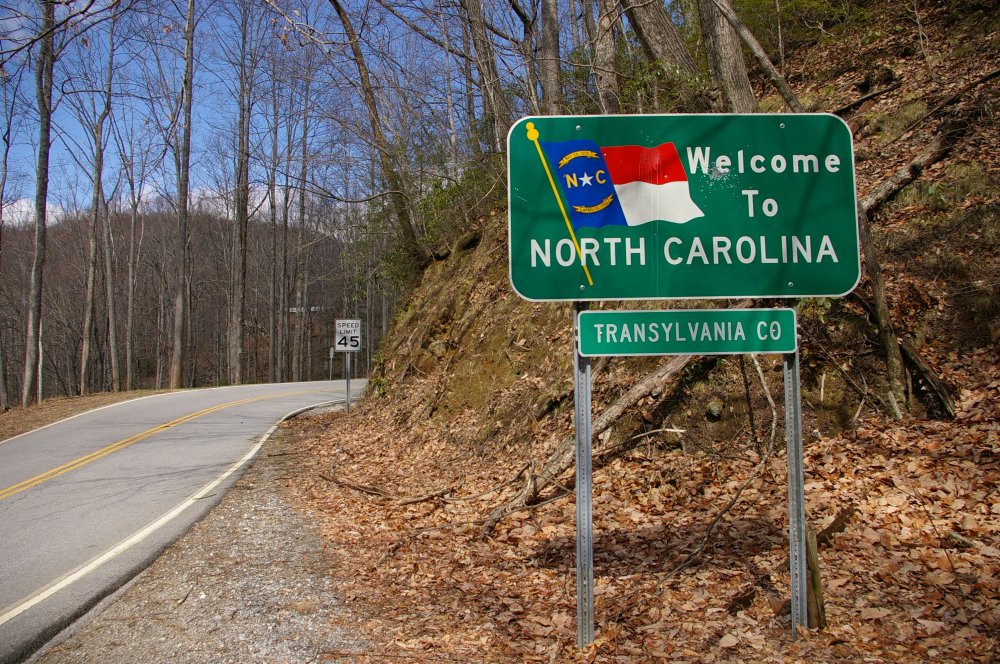