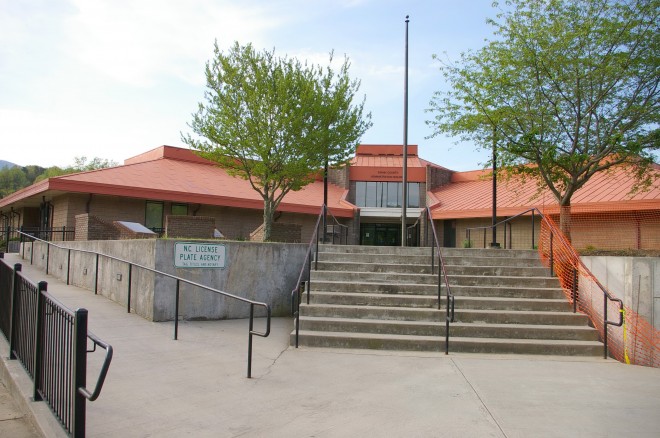 Description:  The building faces north and is a one story brown colored brick and concrete structure. The building is located on landscaped grounds in the center of Bryson City. The north front forms a ”V” shape with the entrance in the center and with glass panels above. The orange colored roof is hipped. The building houses the County Superior Court and County District Court of the 30th Judicial District. 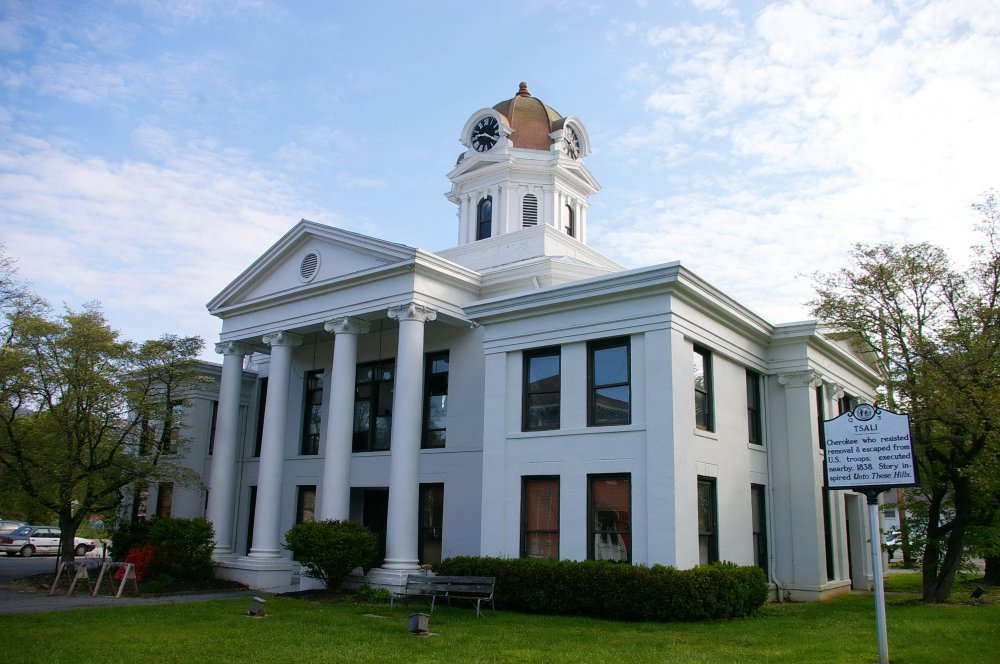 Description:  The building faces southwest and is a two story white colored stucco and concrete structure. The building is located on landscaped grounds in the center of Bryson City to the west of the courthouse. The southwest front has a large portico supported by four Ionic columns rising to a wide pediment at the roof line. The sides has projecting center sections rising to a pediment at the roof line. On the center of the roof is an octagonal dome with clock and red colored roof at the top. In the interior, the building has a transverse hall plan and the former courtroom is located on the second story. Most of the finishing details are intact and include a pressed tin ceiling with a classical egg and dart crown mold pattern and plain board door surrounds in the courtroom.

Note:  The cost of construction of the courthouse was approximately $35,000. The commissioners authorized the purchase of “a tower clock with metal bell for a cost of $850.00” for the new courthouse. 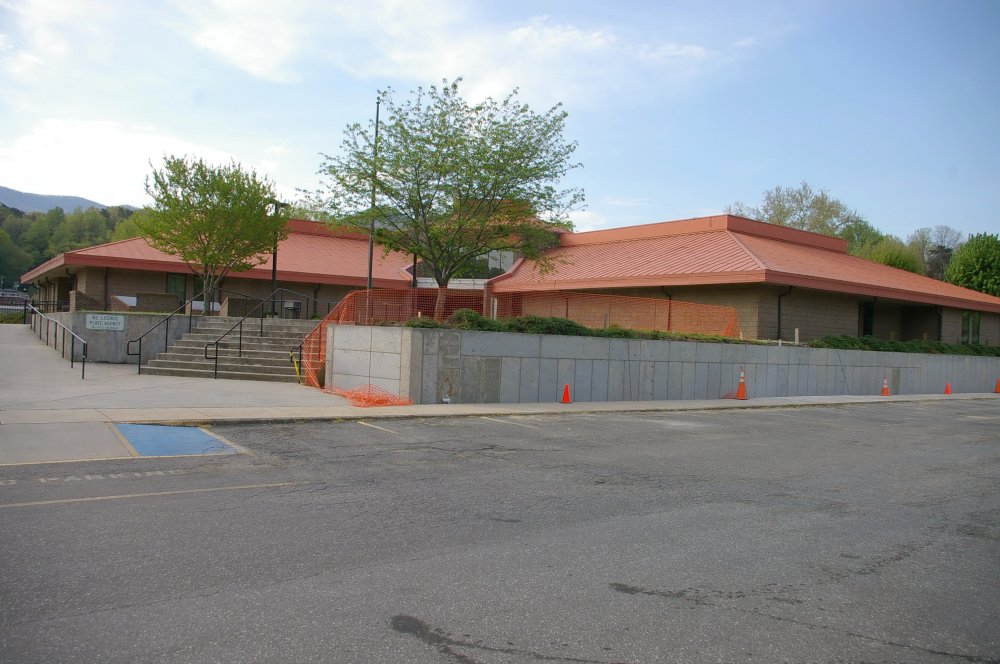 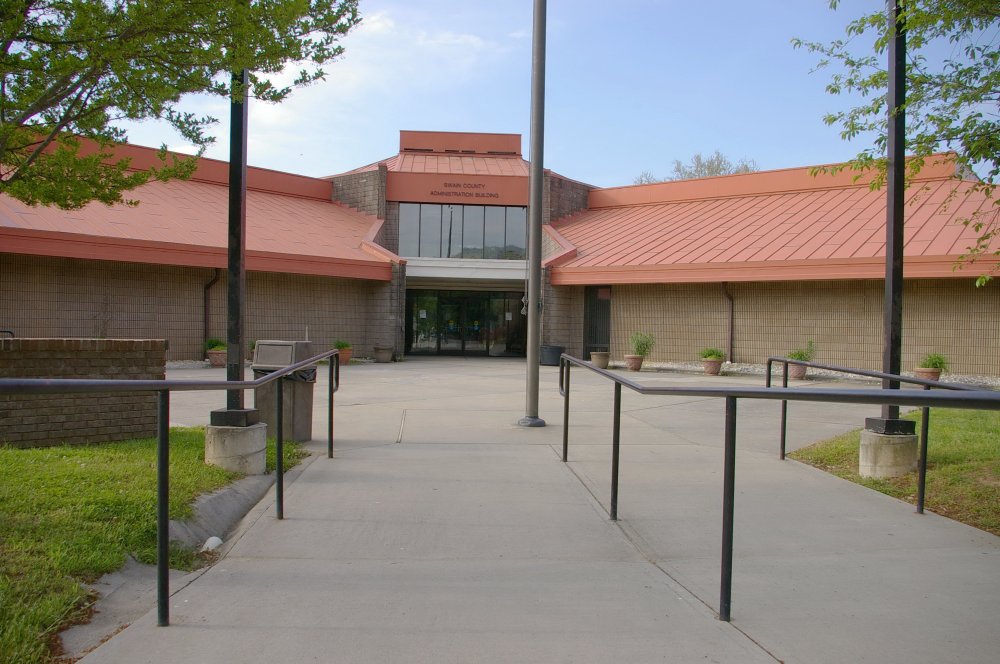 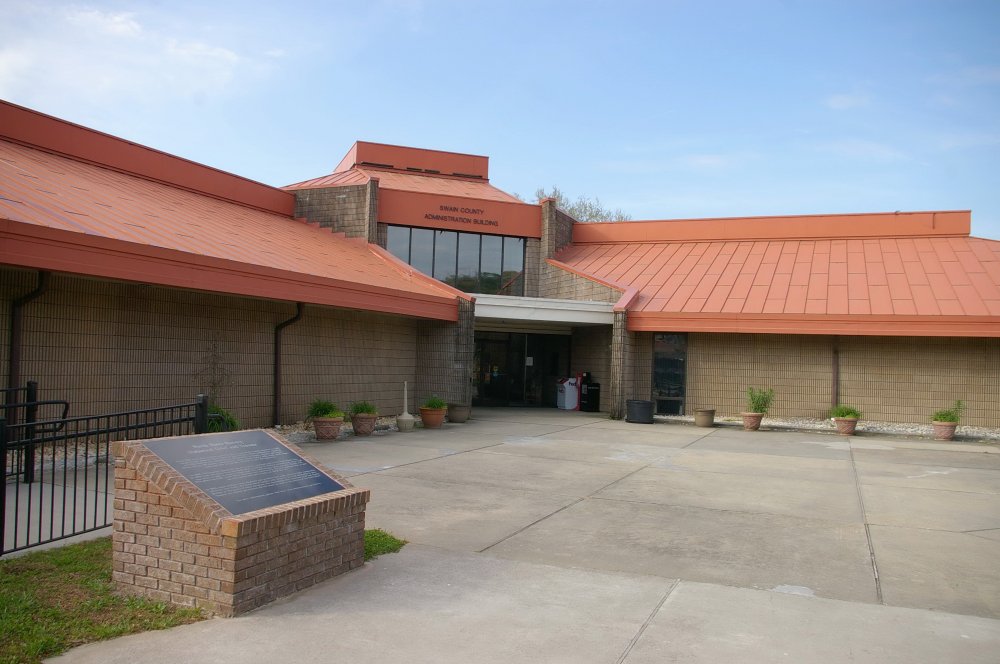 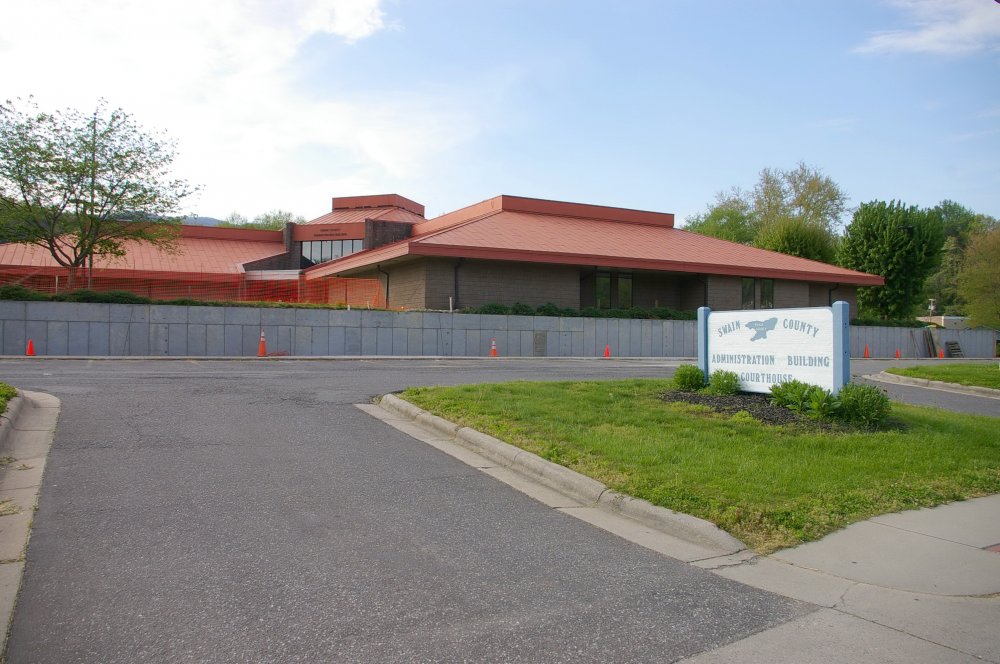 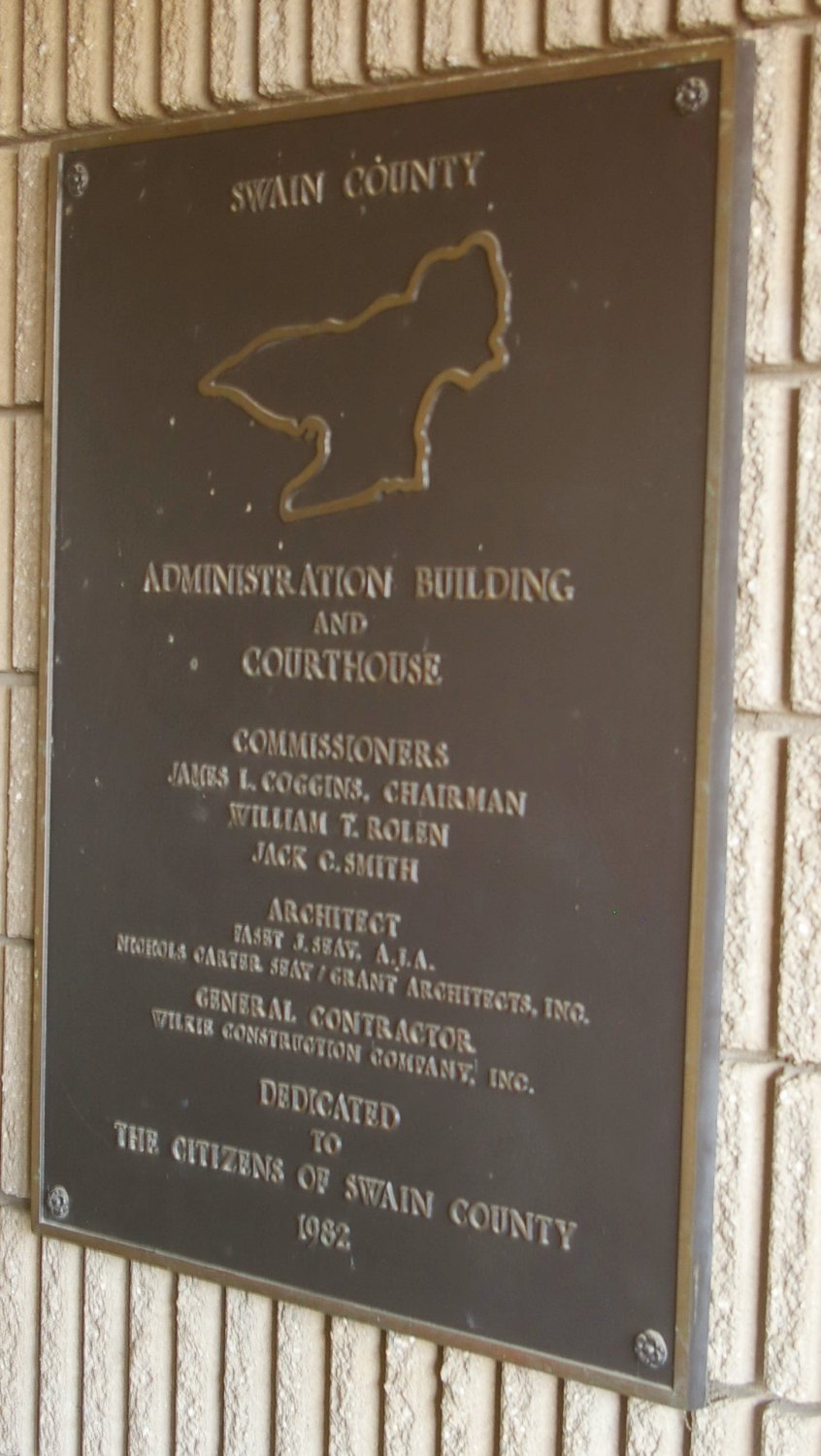 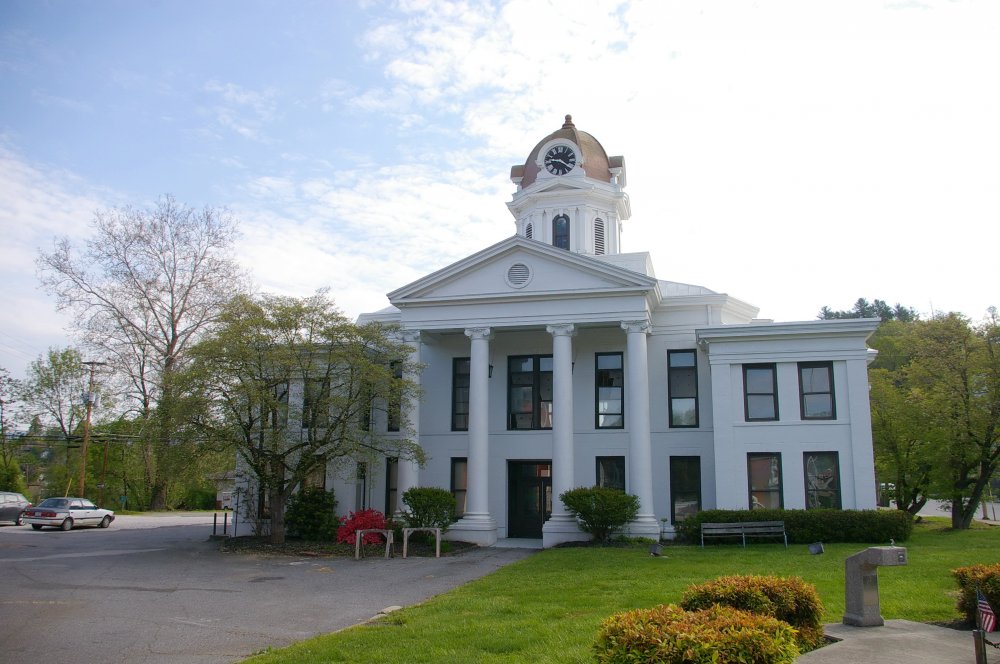 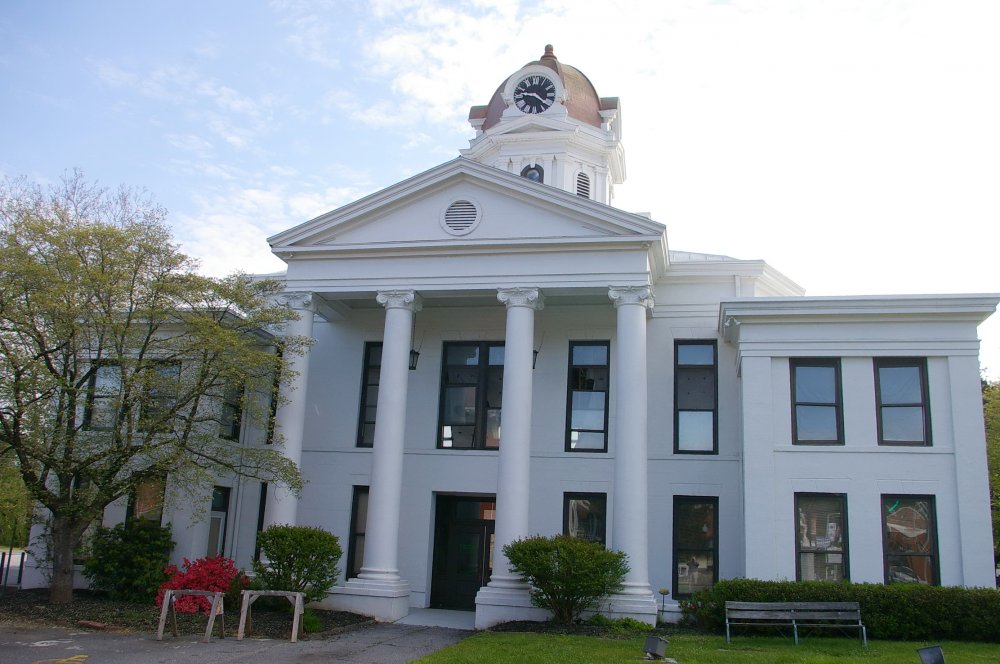 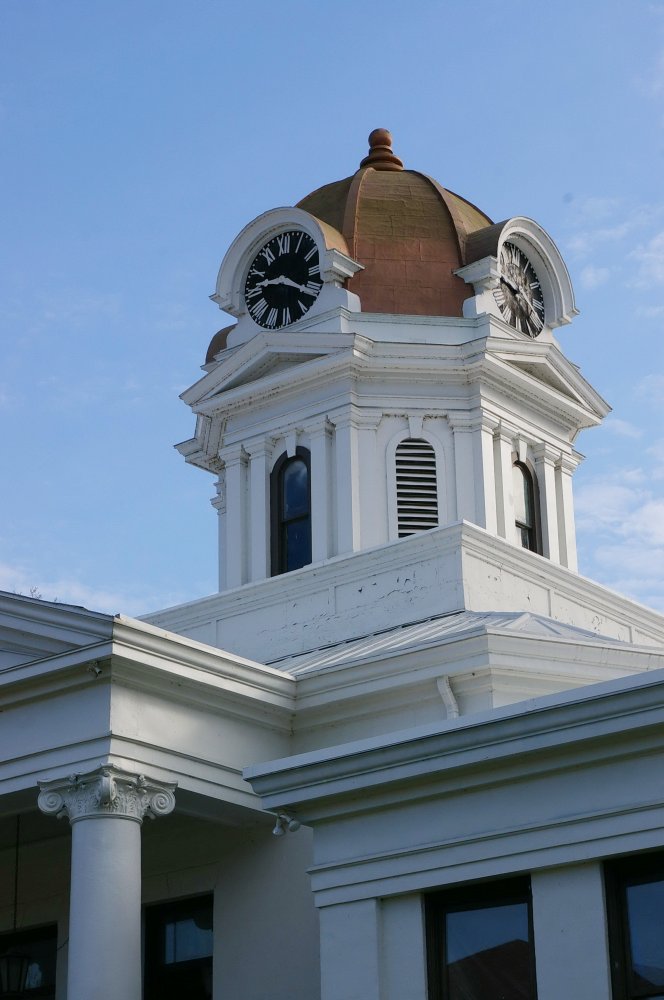 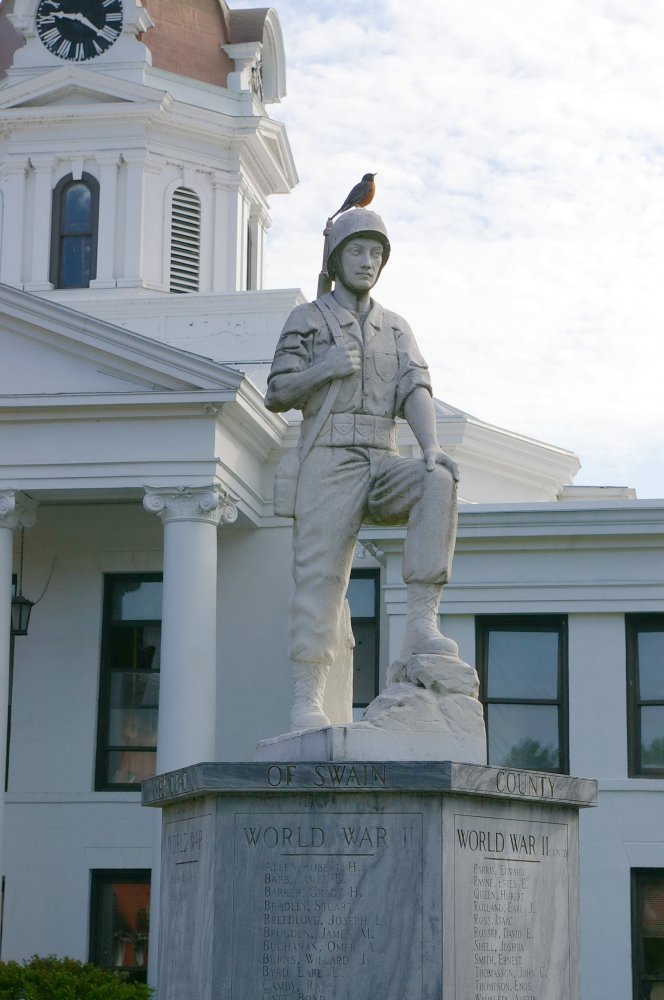