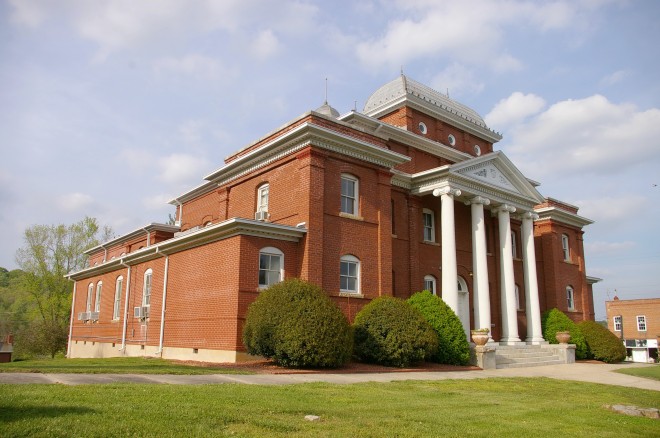 Stokes County is named for John Stokes, who was a soldier in the American Revolutionary War and who was seriously wounded at the Waxhaw massacre.

Description:  The building faces south and is a three story red colored brick and concrete structure. The building is located on landscaped grounds in the center of Danbury. The south front has a central portico with four tall white colored columns rising to a pediment at the third story. The center section is recessed with projecting sections on the east and west sides. Along the east and west sides are one story wings. On the center of the roof is a high section with three pothole windows and mansard roof. 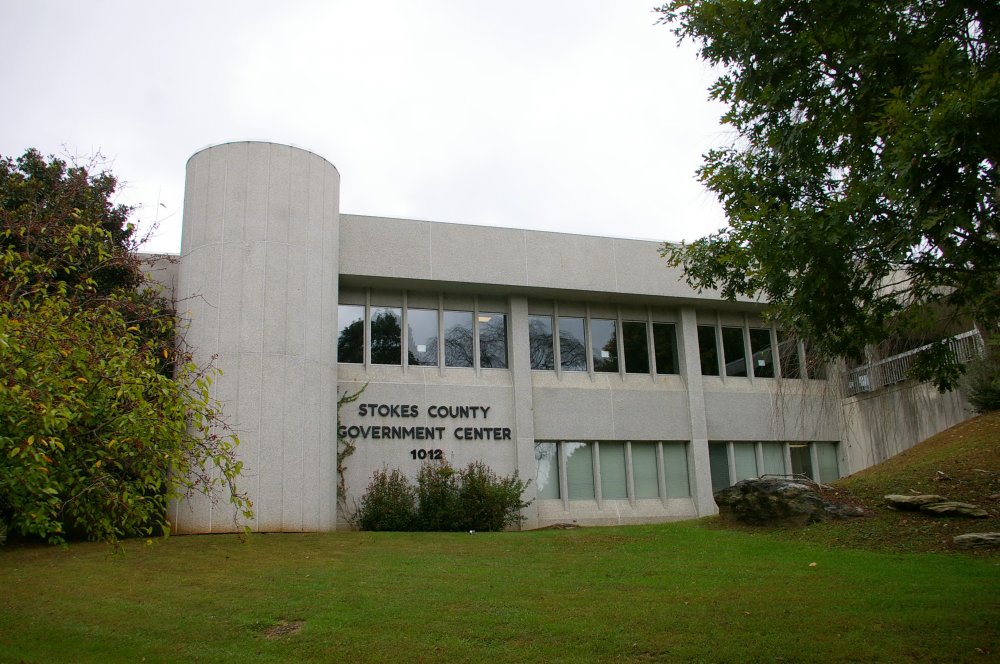 Description:  The building faces south and is a two story white colored concrete and glass structure. The building is located on landscaped grounds to the northwest of the center of Danbury. The south front has a round tower at the southwest corner. The windows are vertical. The main south entrance is on the second story. The roof line is flat. The building houses the County Superior Court and County District Court of the 17th Judicial District. The building is named as the Stokes County Government Center. To the east is the County Administration Building.  The architect was Ramsay, Burgin, Smith Architects Inc. and the contractor was R L Casey Inc. On the west side is the one story Stokes County Sociall Services Building constructed in 1992. The architect was Fred W Butner Jr. Associates and the contractor was Chris D Hilton Construction Company Inc. 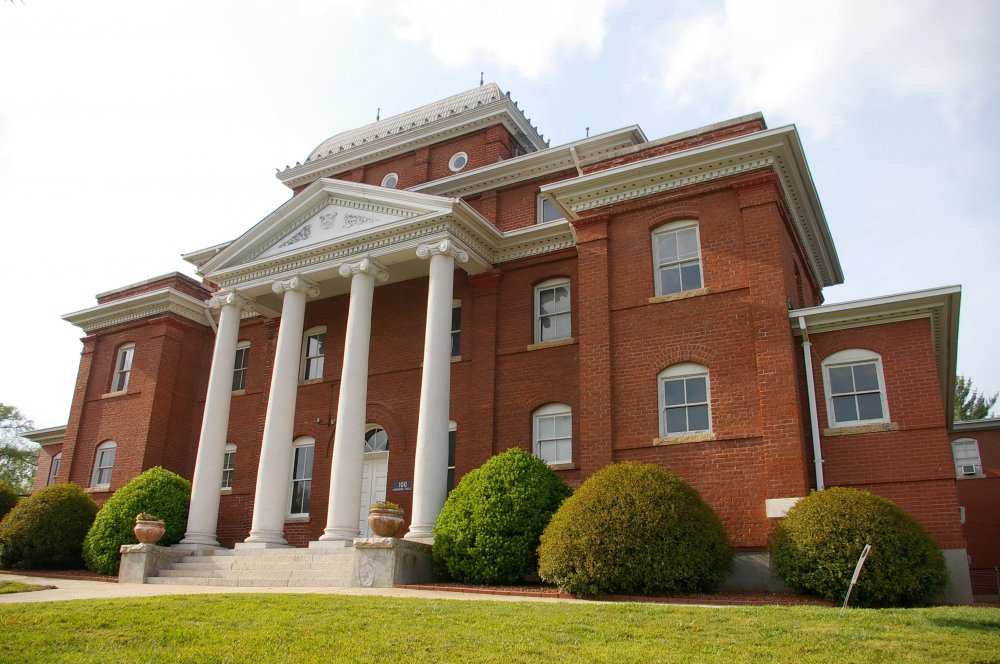 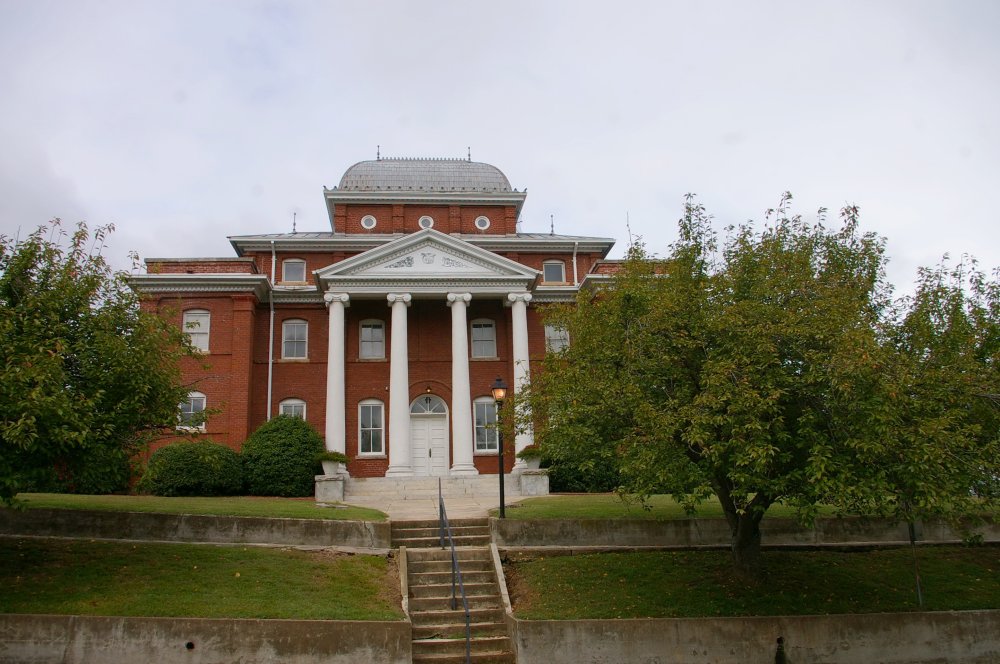 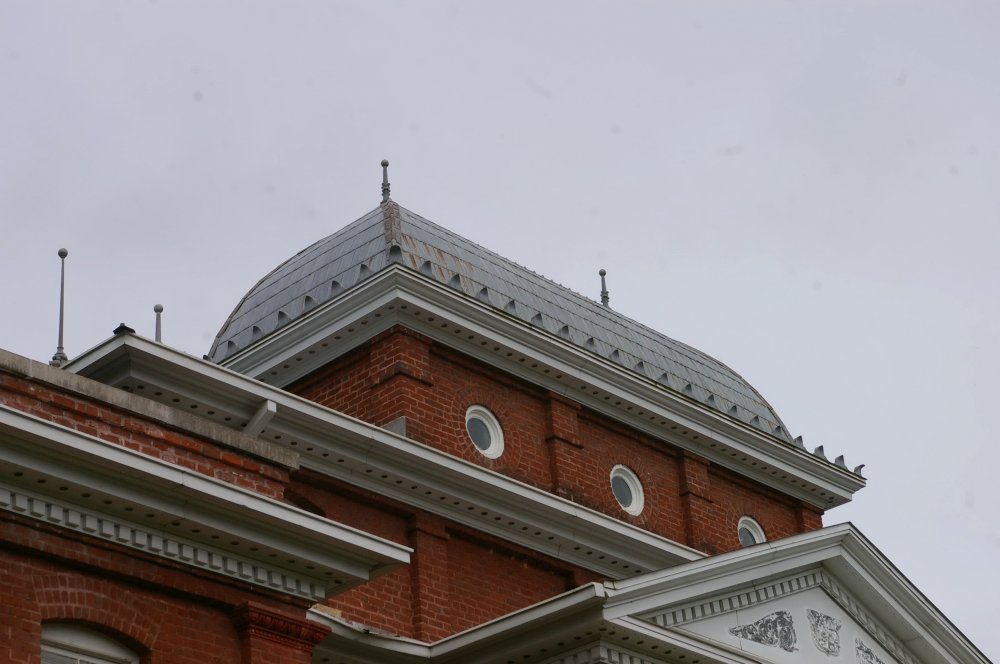 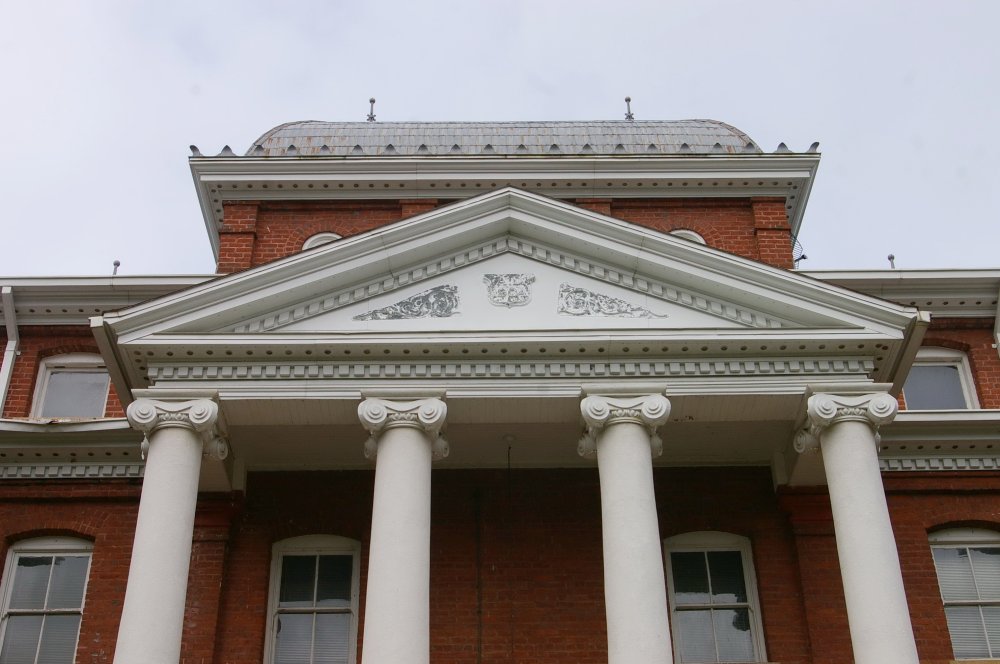 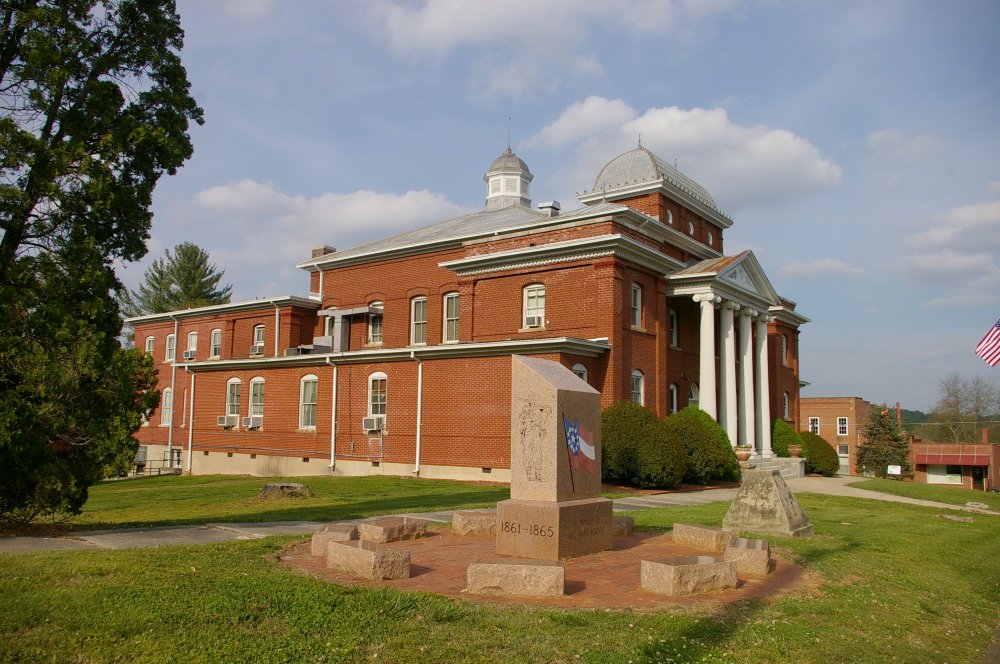 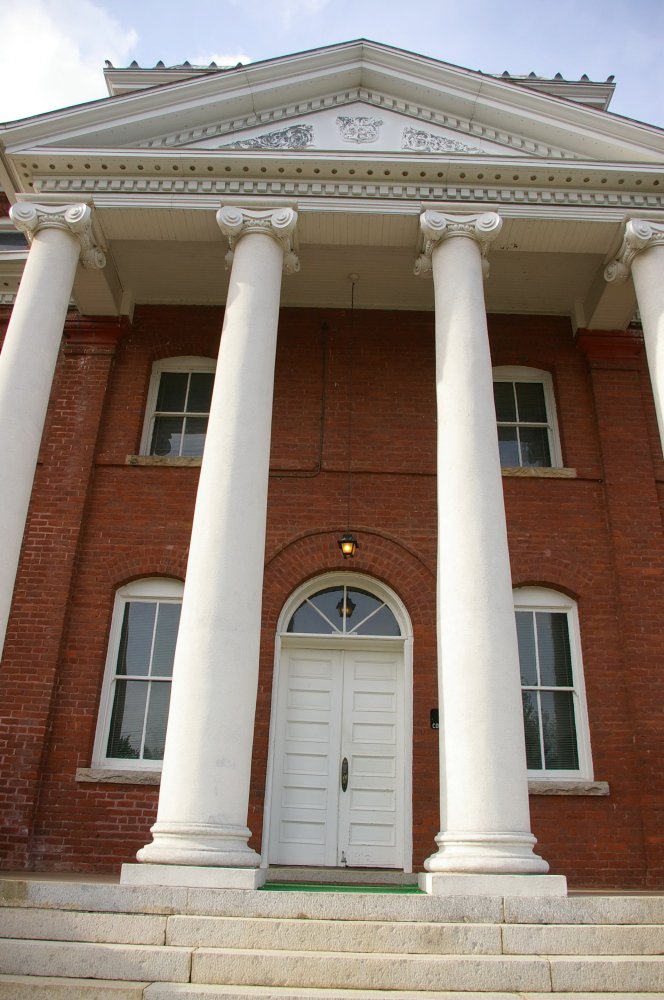 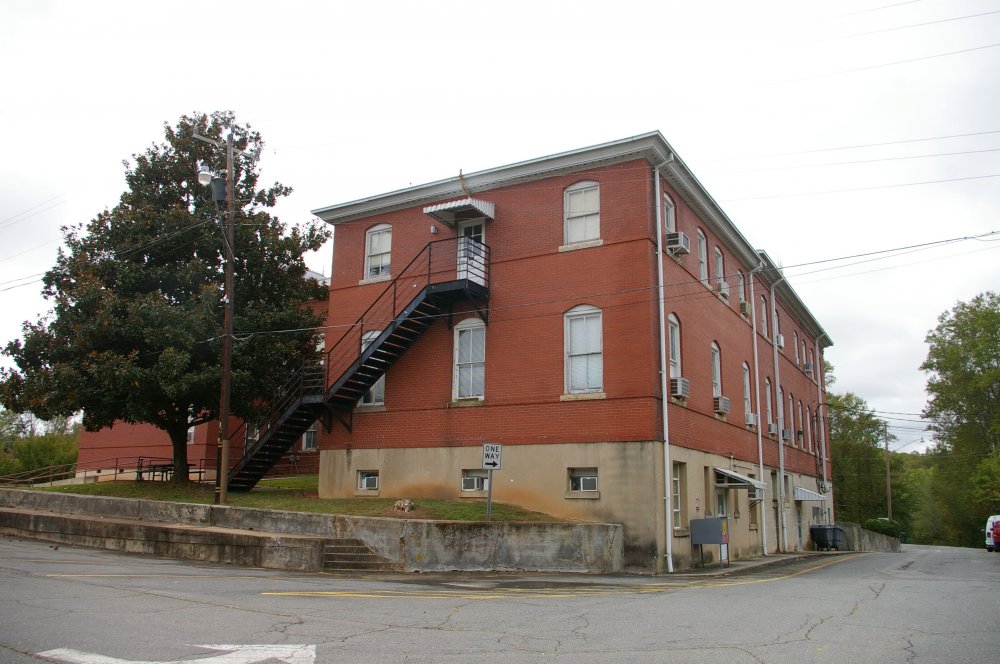 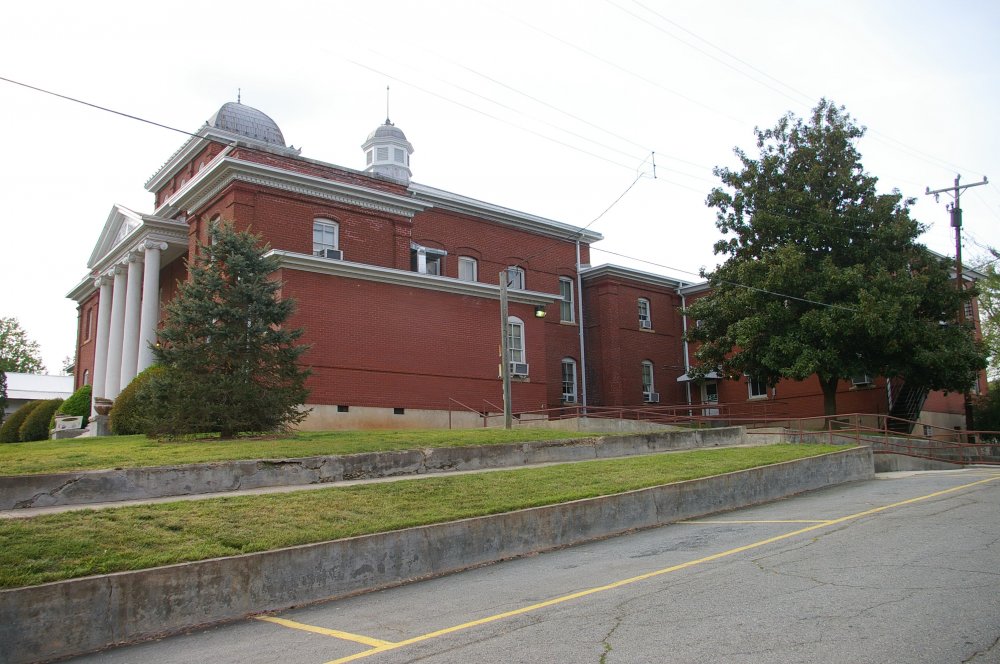 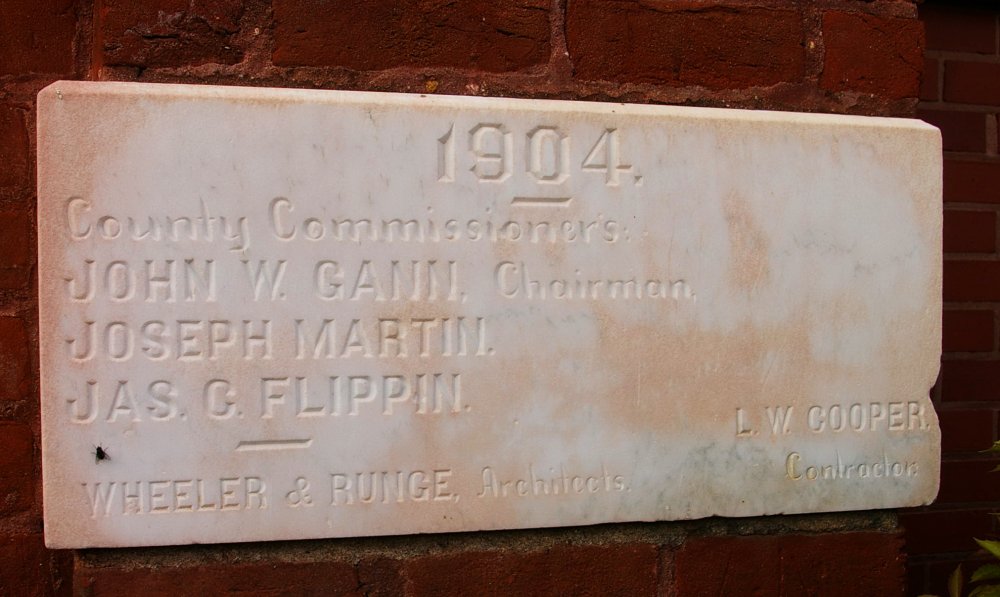 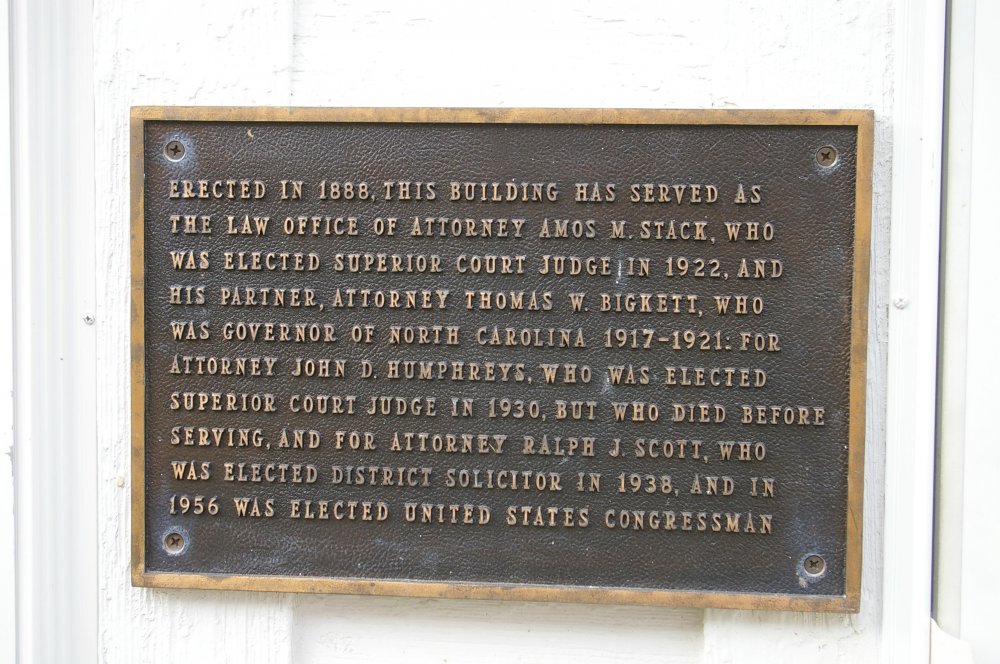 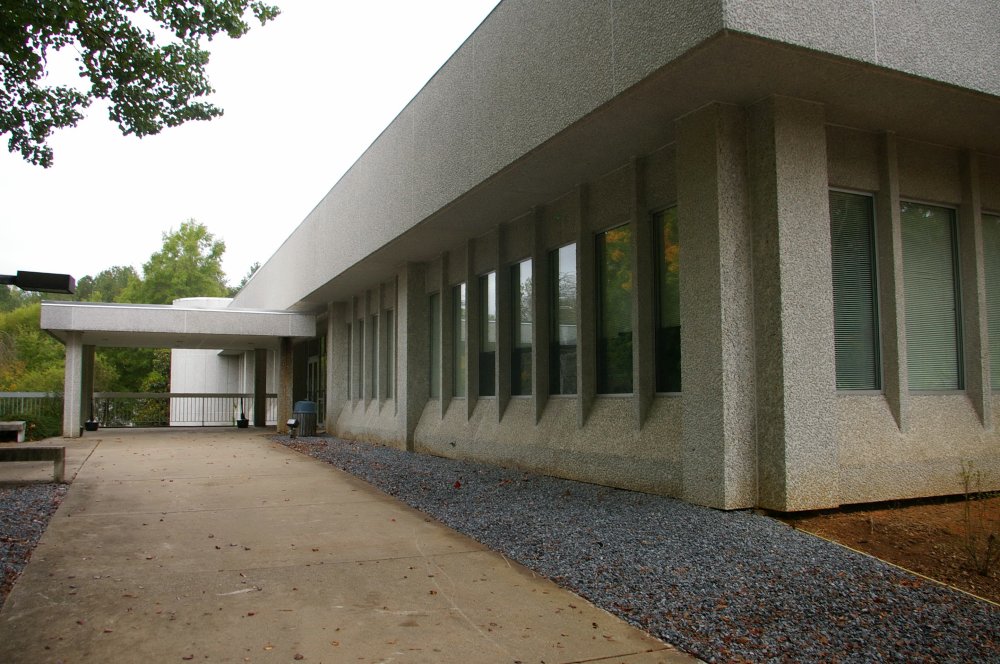 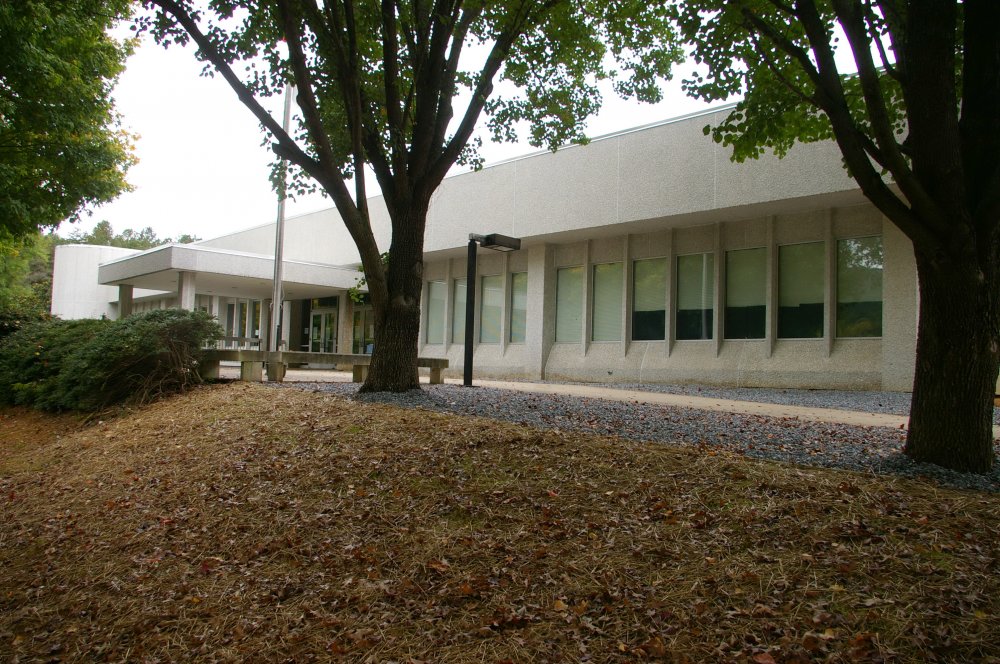 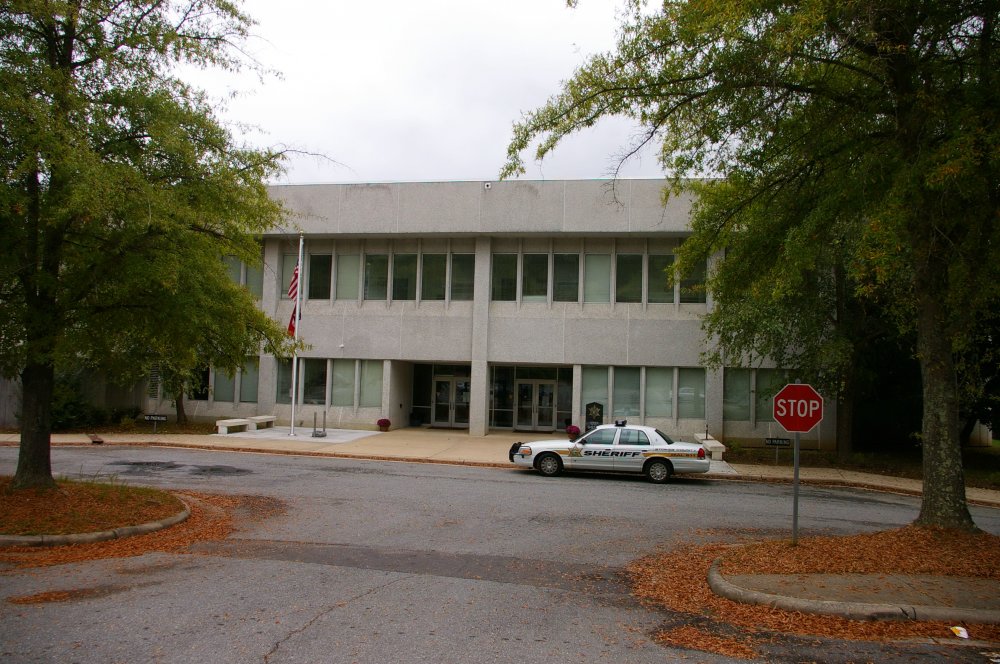 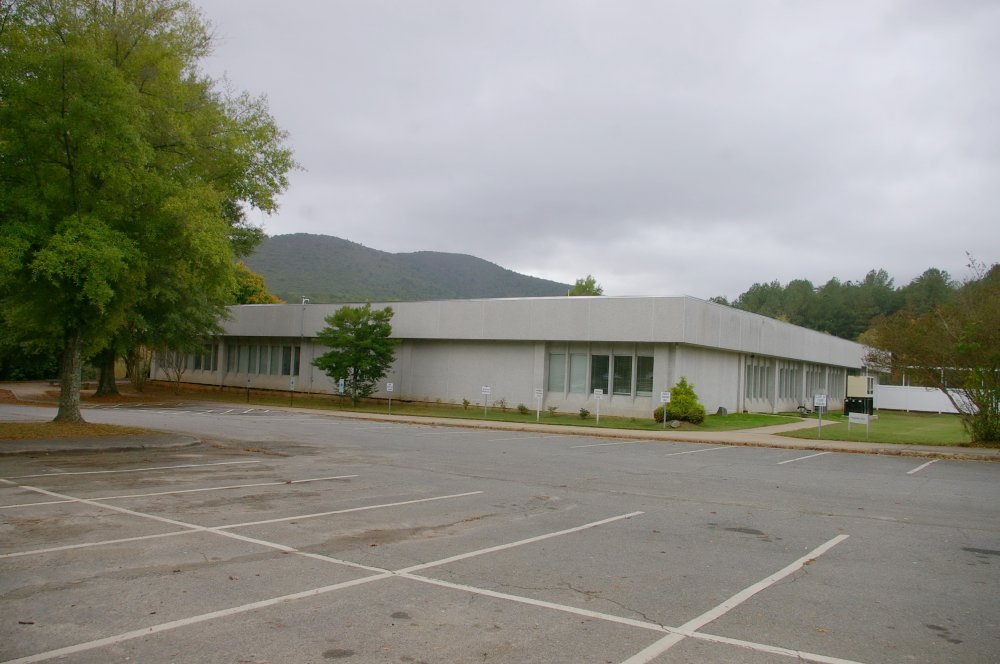 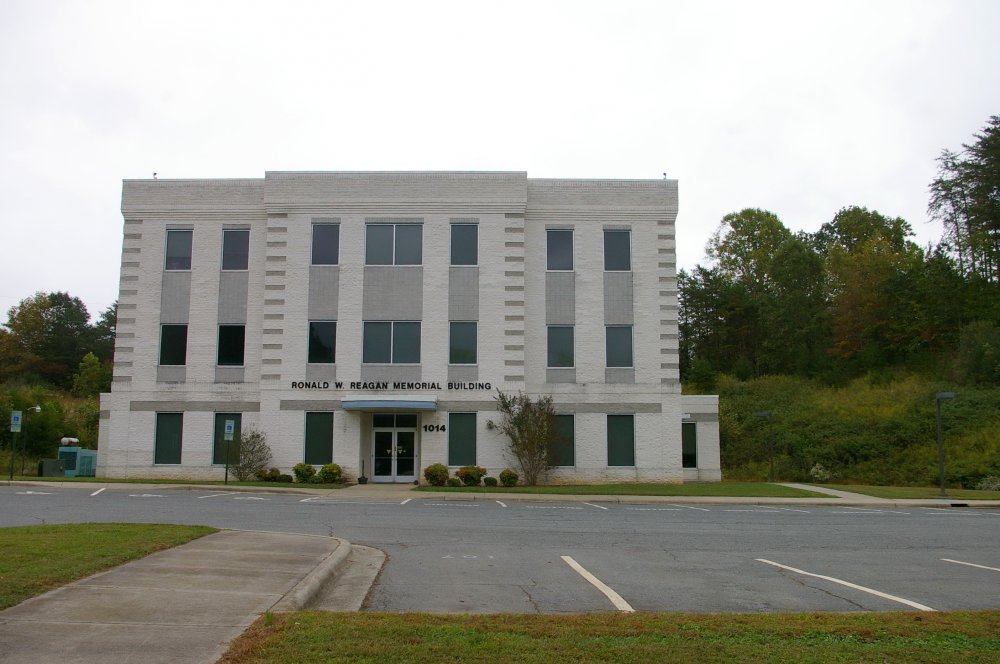 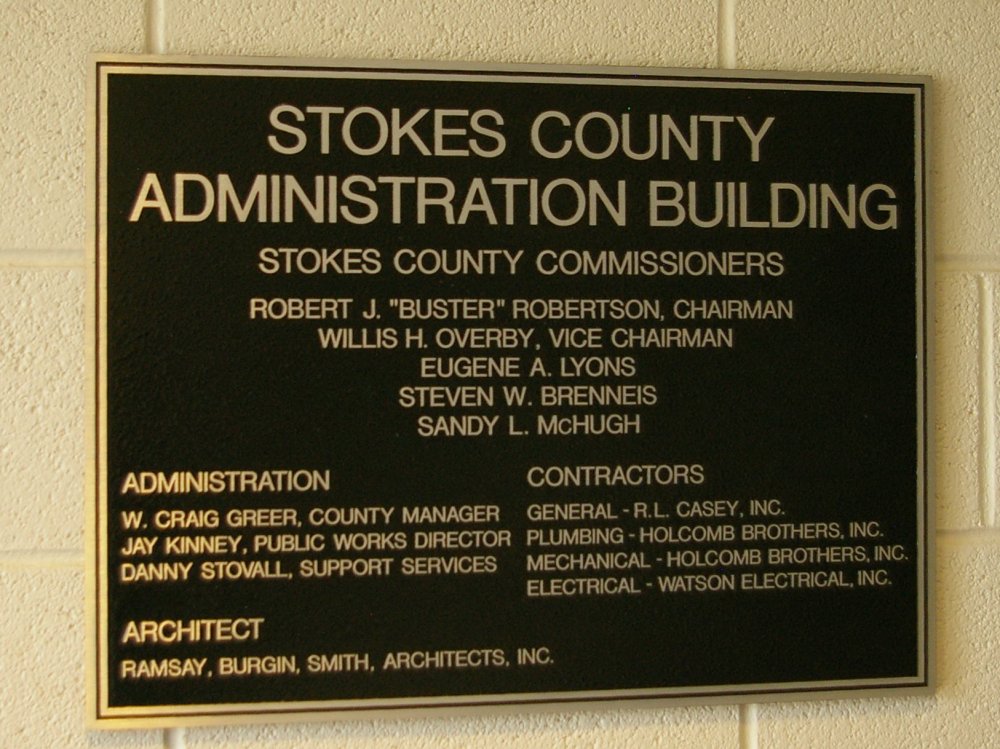 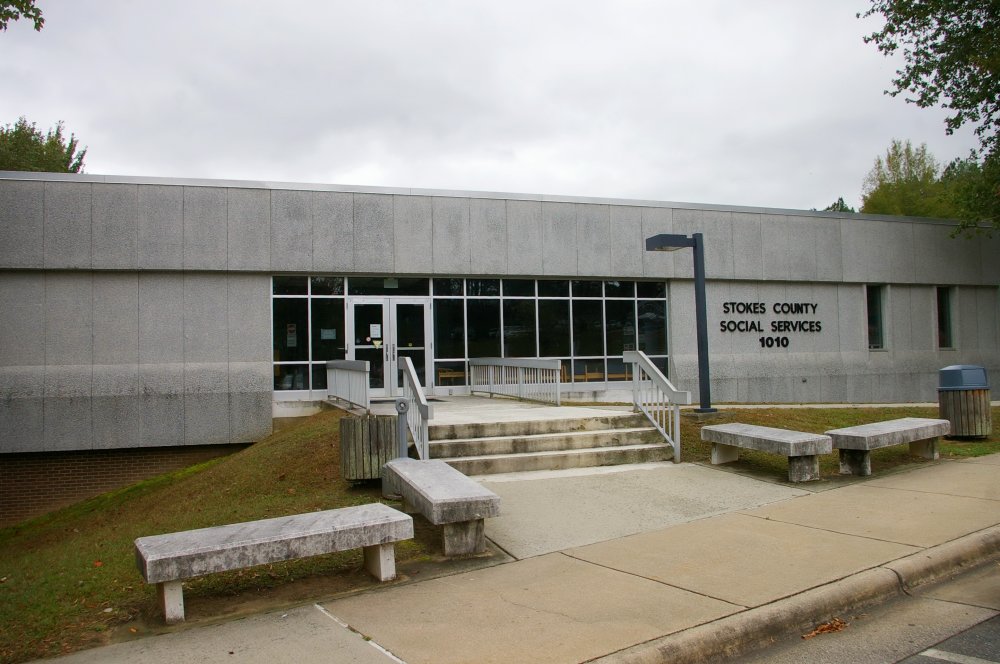 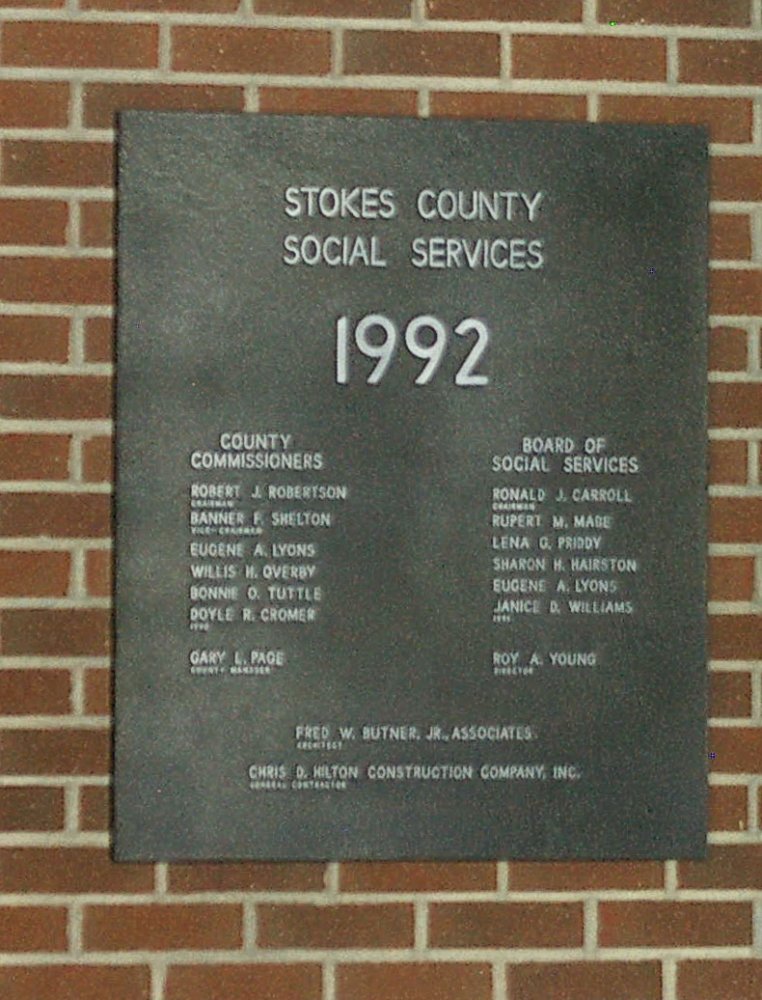