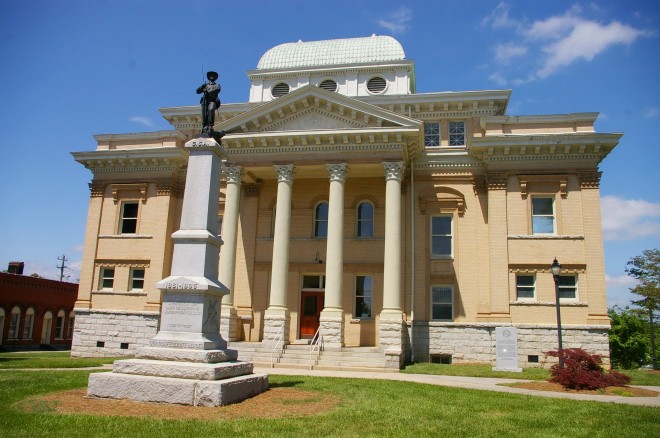 Randolph County is named for Peyton Randolph, who was the first President of the Continental Congress.

Description:  The building faces south and is a three story buff colored brick, stone  and concrete structure. The building is located on landscaped grounds in the center of Asheboro. The south front has a large portico with four columns rising to a pediment. The third story is recessed with a section above having a rounded roof. The base of the building is rough stone. In the interior, there is a rectangular vestibule at the entrance with stairs at either end. The first story has wide cross halls. The courtroom is located on the second story.  The building was expanded in 1950, 1975 and 1979. 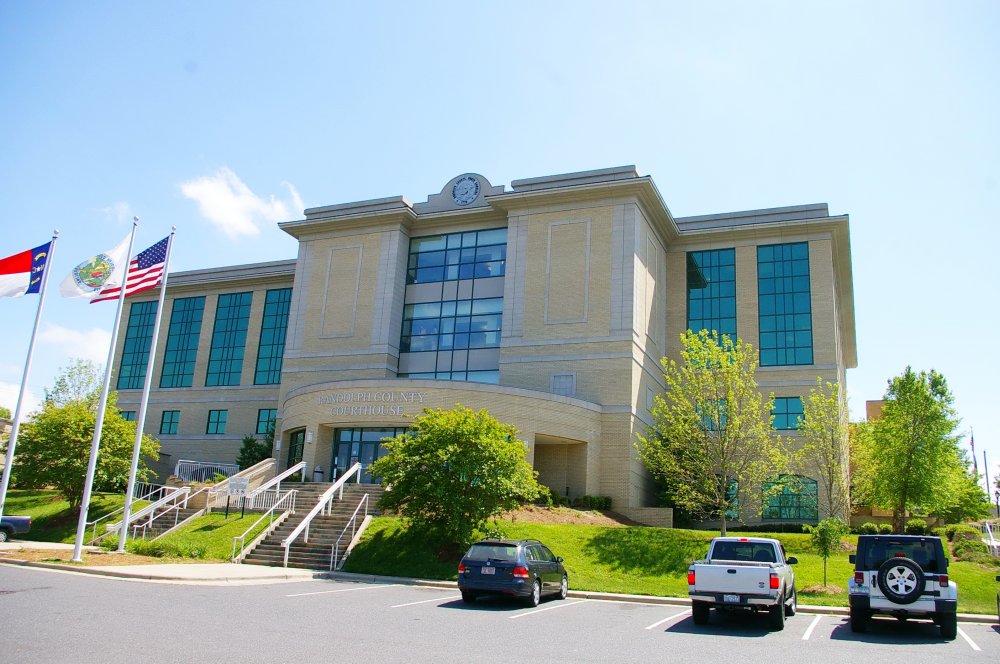 Description:  The building faces north and is a four story concrete and glass structure. The building is located on landscaped grounds in the center of Asheboro on the north side of the old courthouse. The north front has a projecting semi-circular first story with a four story section rising behind with glass walls in the center section. The main building has vertical windows on the third and fourth stories. The building houses the County Superior Court and County District Court of the 19th Judicial District. 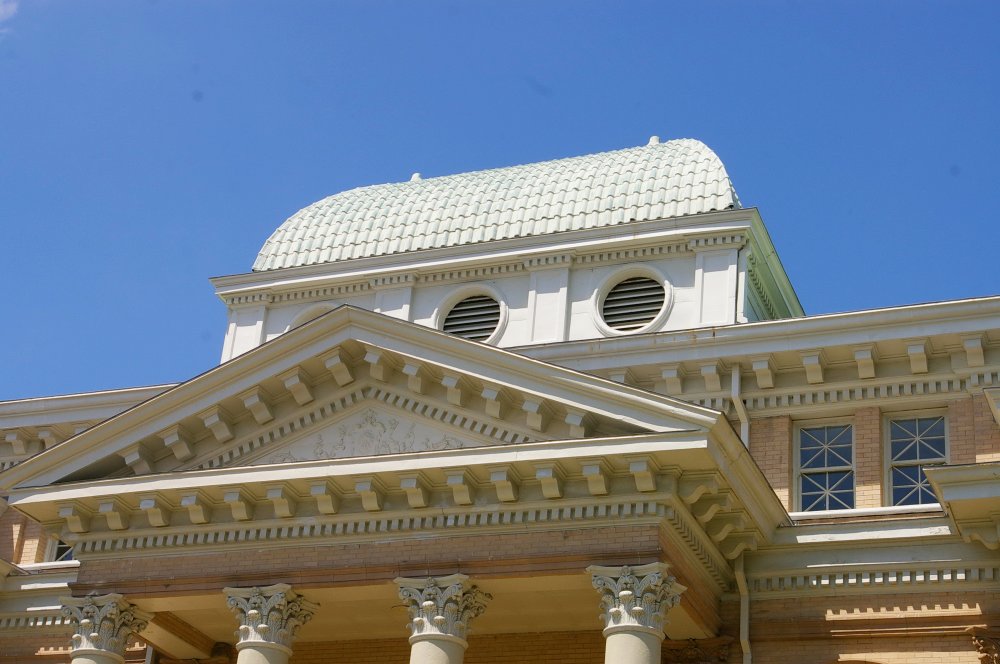 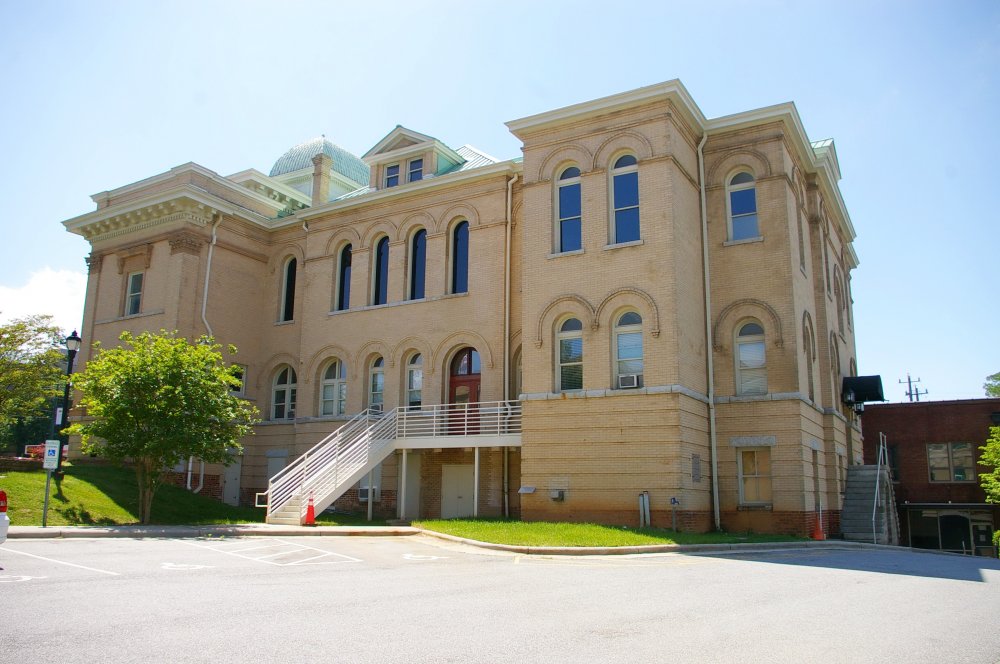 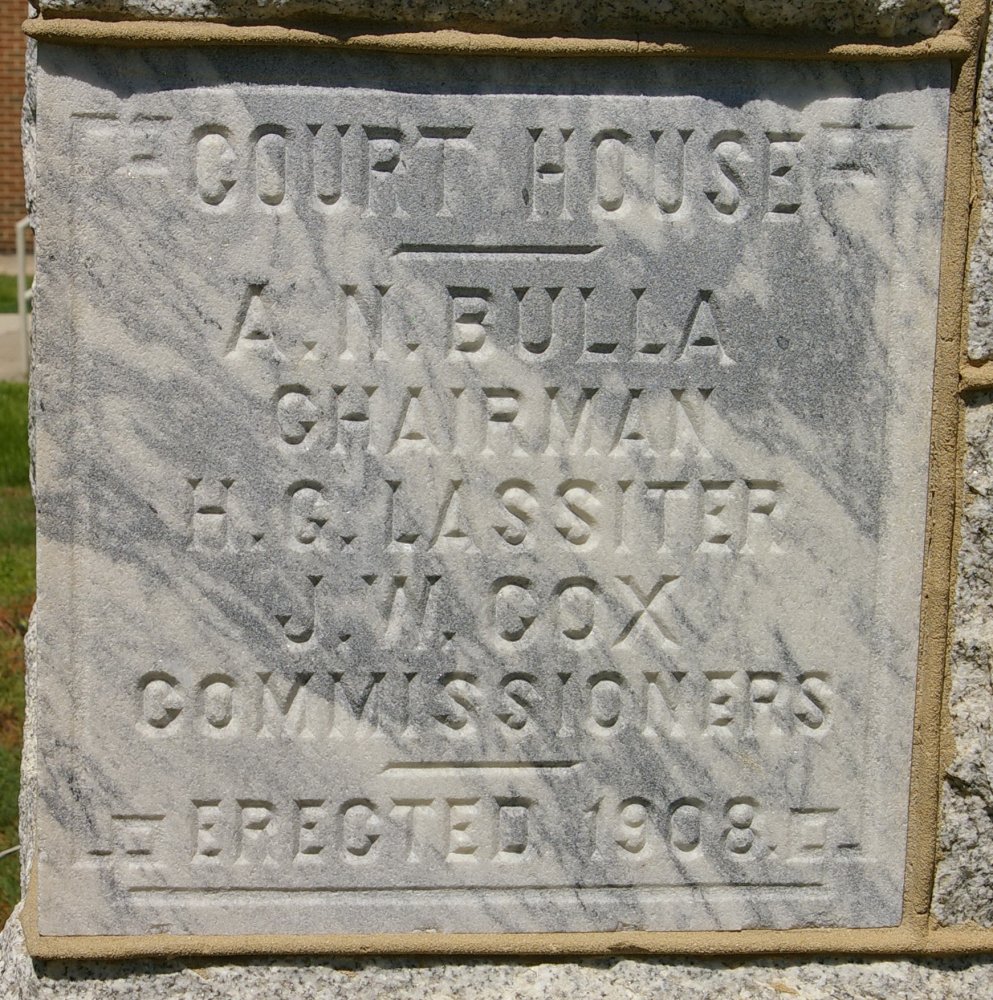 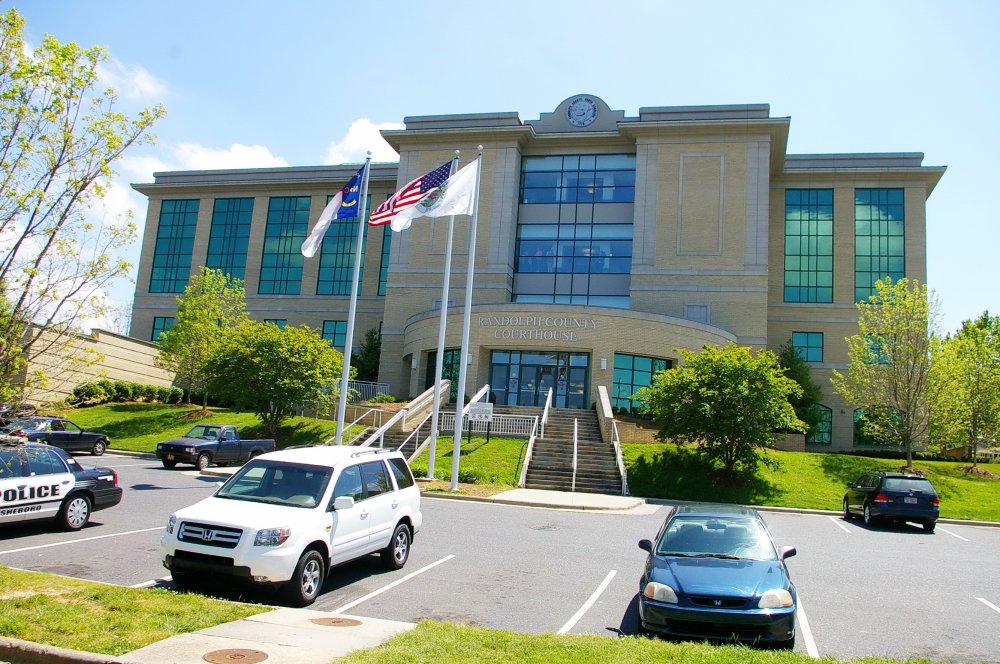