Pasquotank County is named for the Native American word “paketank” meaning “where the current of the stream divides or forks”.

Description:  The building faces east and is a two story red colored brick structure. The building is located on landscaped grounds in the center of Elizabeth City. The building has an east and west wing with a center section having a portico with four columns. On the center of the roof is a high white colored cupola with clock and small dome at the top. The roof is hipped. The courtroom is located on the second story. The building houses the County Superior Court and County District Court of the 1st Judicial District. The building was renovated and an addition added in 1979 and 1980. The architect was Noel N Coltrane, Jr. and the contractor was D R Allen & Son Inc. of Fayetteville. 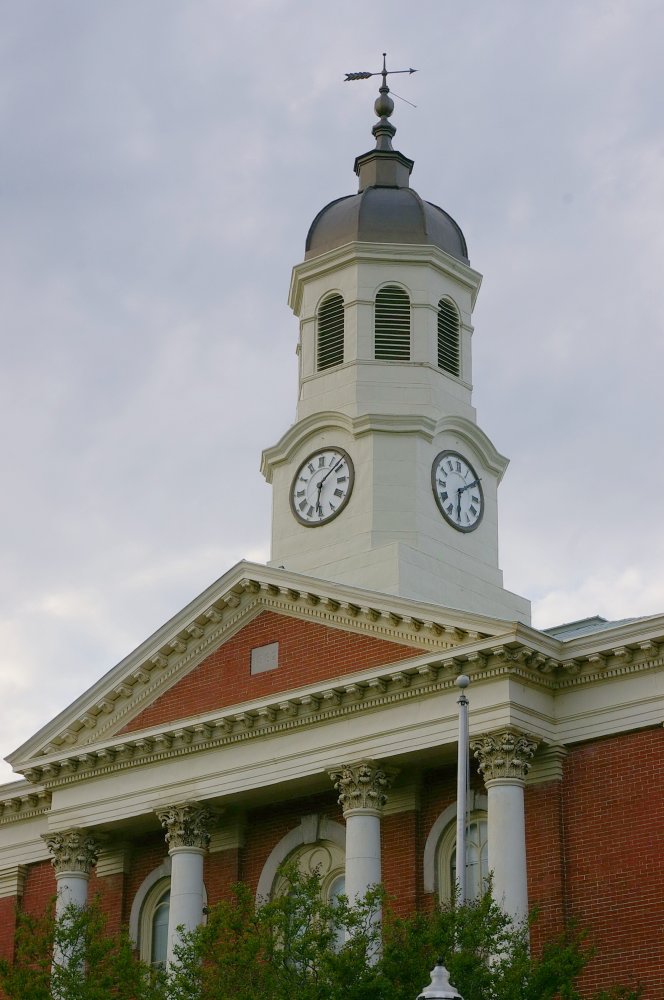