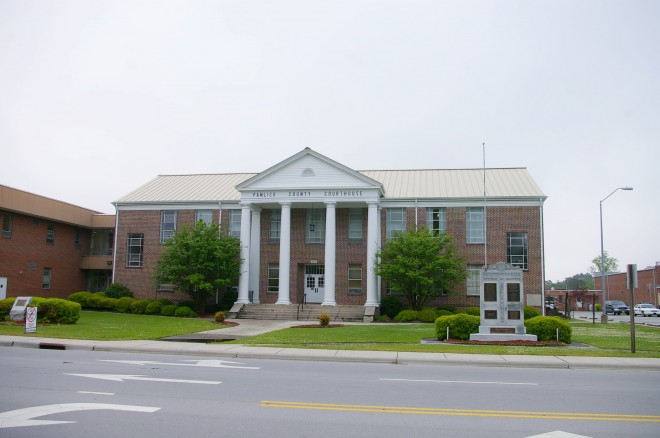 Contractor:  William Milan and other trades

Description:  The building faces south and is a two story red colored brick and concrete style structure. The building is located on landscaped grounds in the center of Bayboro. The south front has a large portico supported by four high white colored columns with pediment at the roof line. The roof is hipped. The courtroom is located on the second story. The building houses the County Superior Court and County District Court of the 3rd Judicial District. The building was constructed under the Works Progress Administration. On the west side is the Annex built in 1974 to 1976. The architect was John N Peterson and the contractor was Wimco Company of Washington.

Note:  The present courthouse was constructed under the Works Progress Administration at a cost of $43,000 and the supervisor was John W Jones. The architect, Raymond Fuson, was appointed to purchase the building materials.

History:  The county was created in 1872 and Bayboro was selected as the county seat. The first courthouse in 1872 was a rented building. The second courthouse was a two story frame structure built by W W Hooker in 1893. The third and present courthouse was constructed in 1937 to 1938. 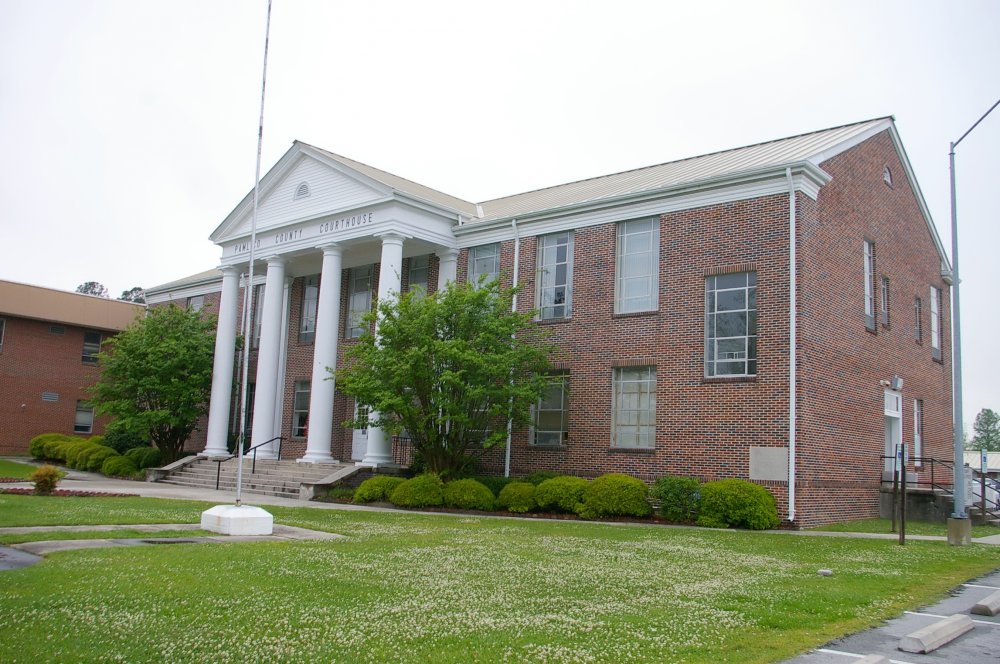 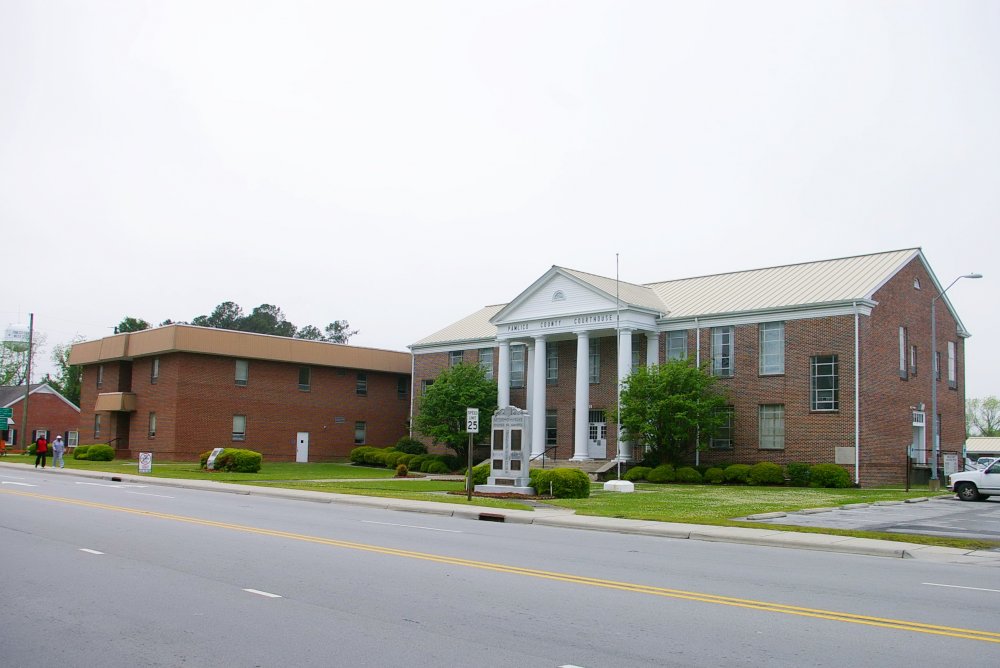 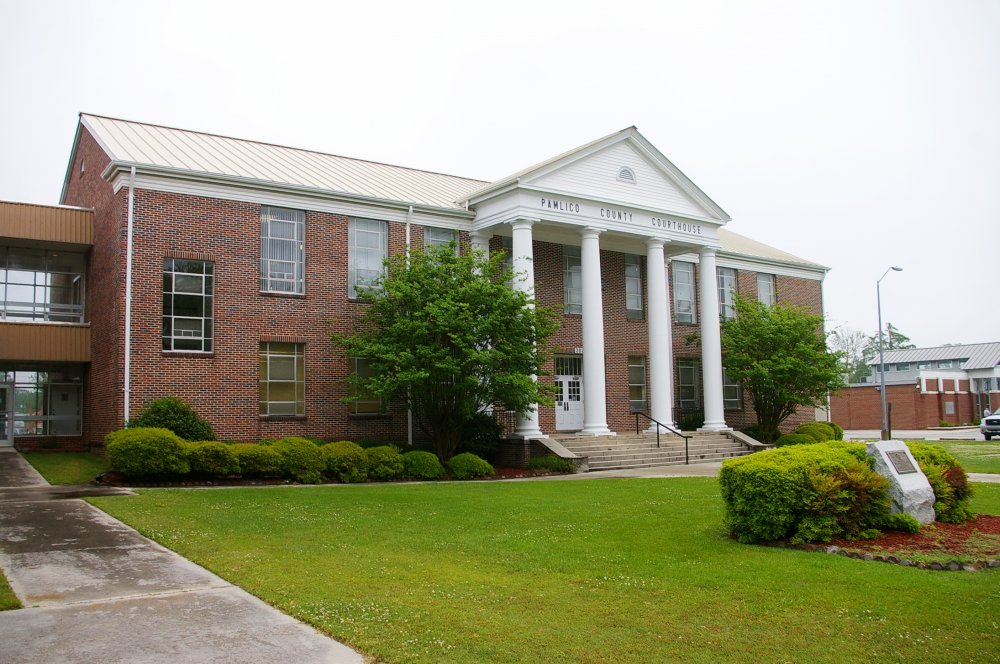 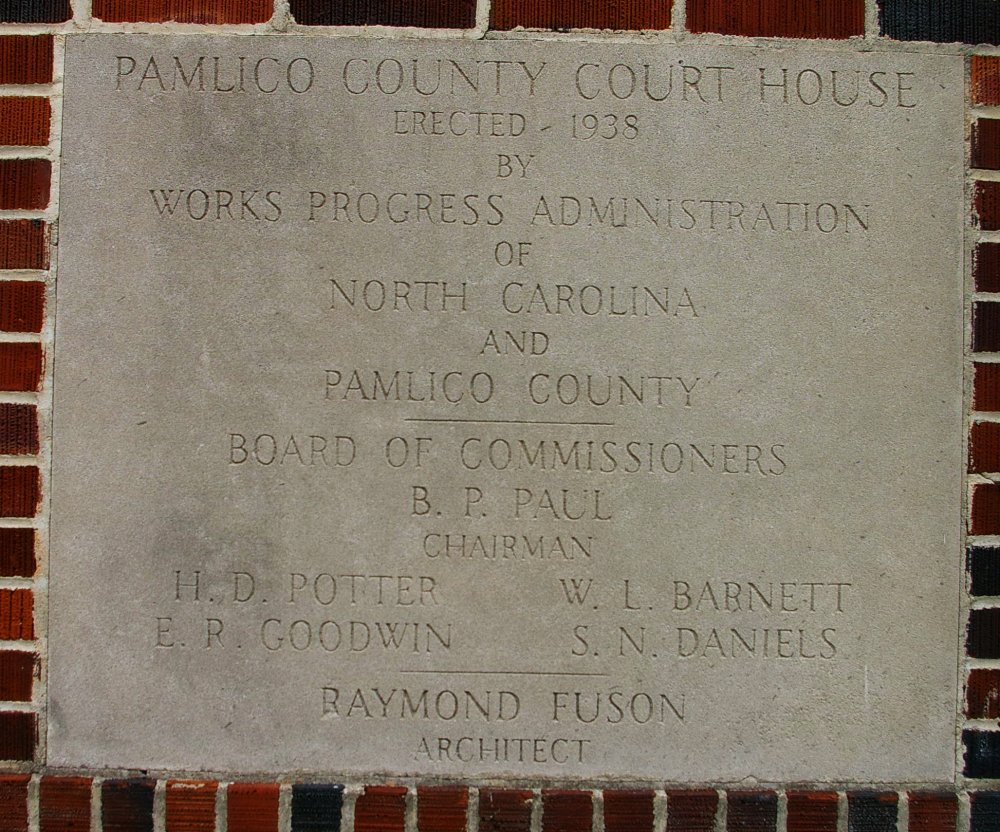 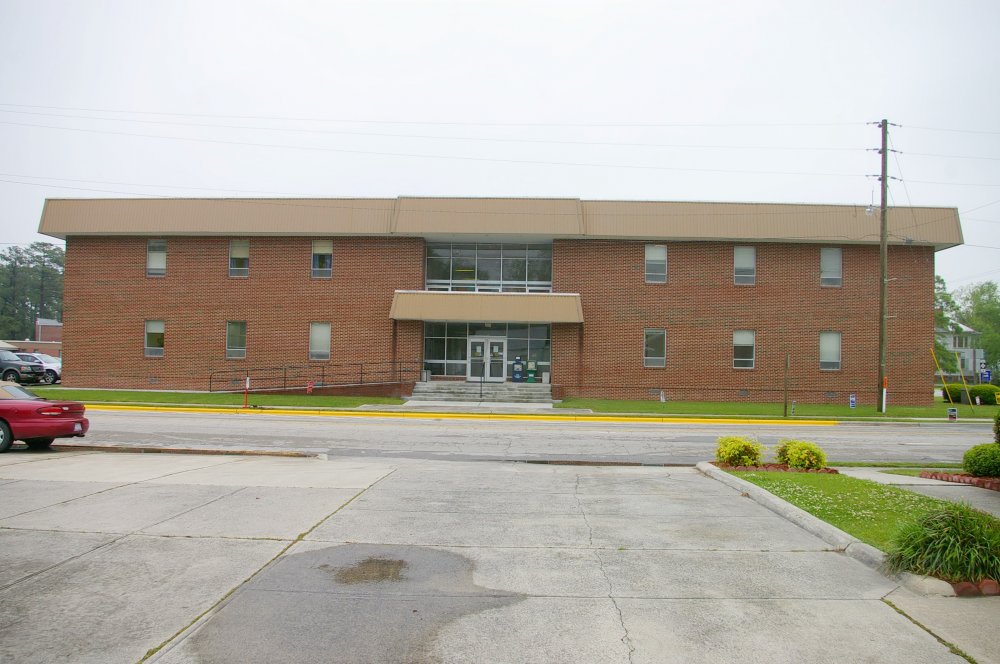 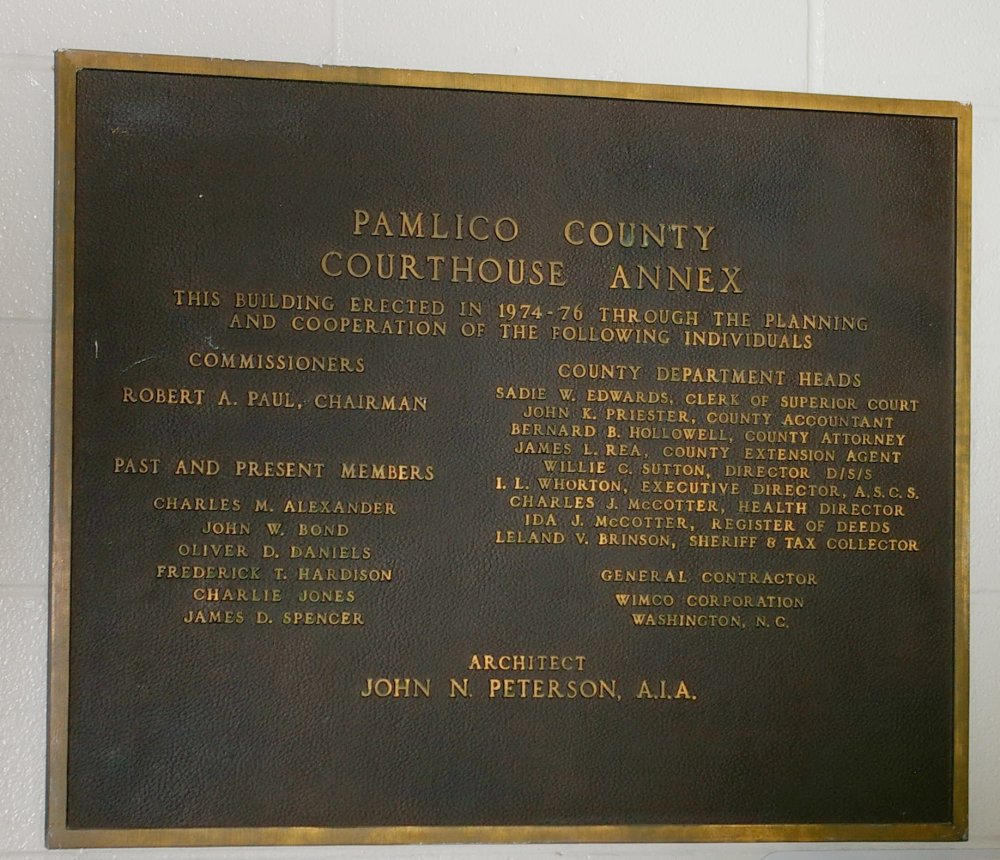