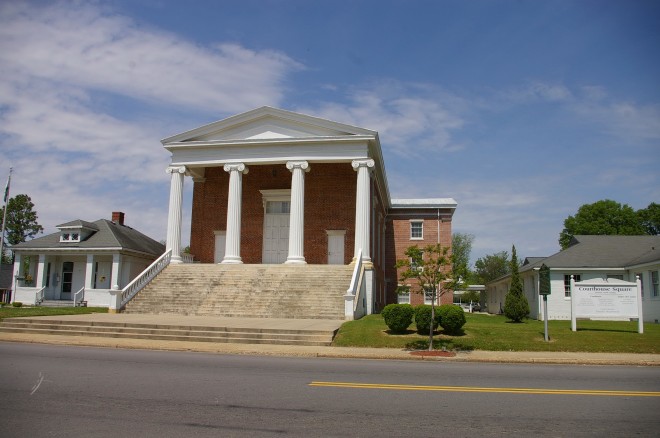 Northampton County is named for James Compton, who was the 5th Earl of Northampton and a British peer and politician.

Description:  The building faces south and is a one story red colored brick structure with elevated basement. The building is located on landscaped grounds in the center of Jackson. The south front has high wide steps to the large portico on the second and third stories. There are four white colored columns that rise to a wide pediment. The north section extends east and west with a section extending north. On the north side is a three story red colored brick section. In the interior, the courtroom is located on the main story. The building houses the County Superior Court and County District Court of the 6th Judicial District. The supervisor was Samuel Calvert. The building was renovated in 1938 to 1939. The architect was A Mitchell Wooten and John J Rowland. The building was renovated in 1991. The architect was William Surley Vanis and the contractor was C D Williams Construction Company. The building was renovated in 2002 to 2003. The architect was Surapon Sujjanavich and the contractor was Mayhew Brothers, Inc. On the east side is the one story white colored brick County Commissioners’ Office.

Note:  The building had been painted white and in 2002, the paint was removed to show the original red colored brick. 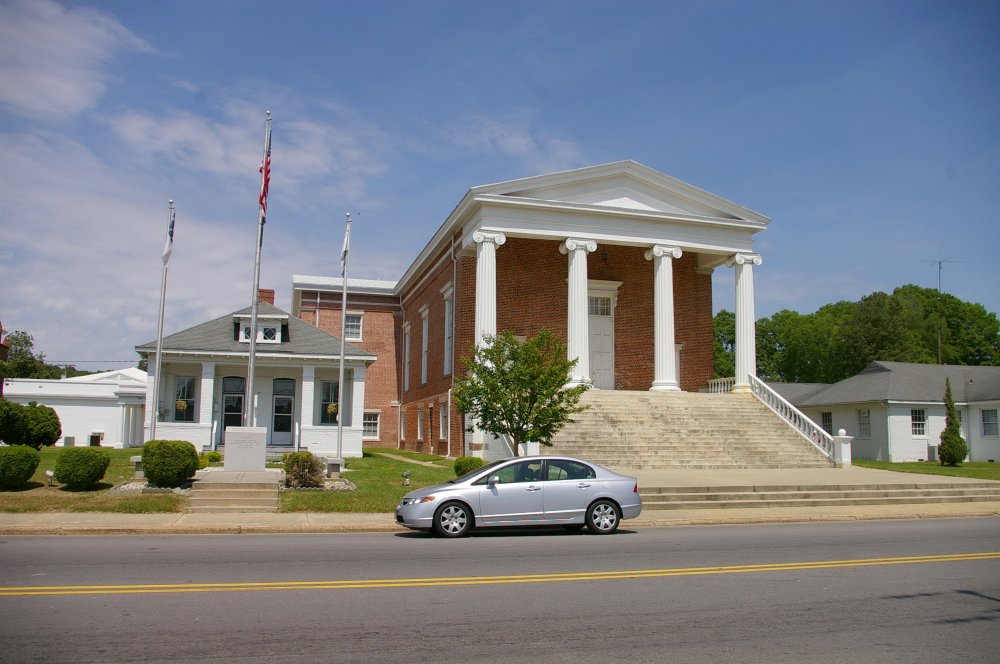 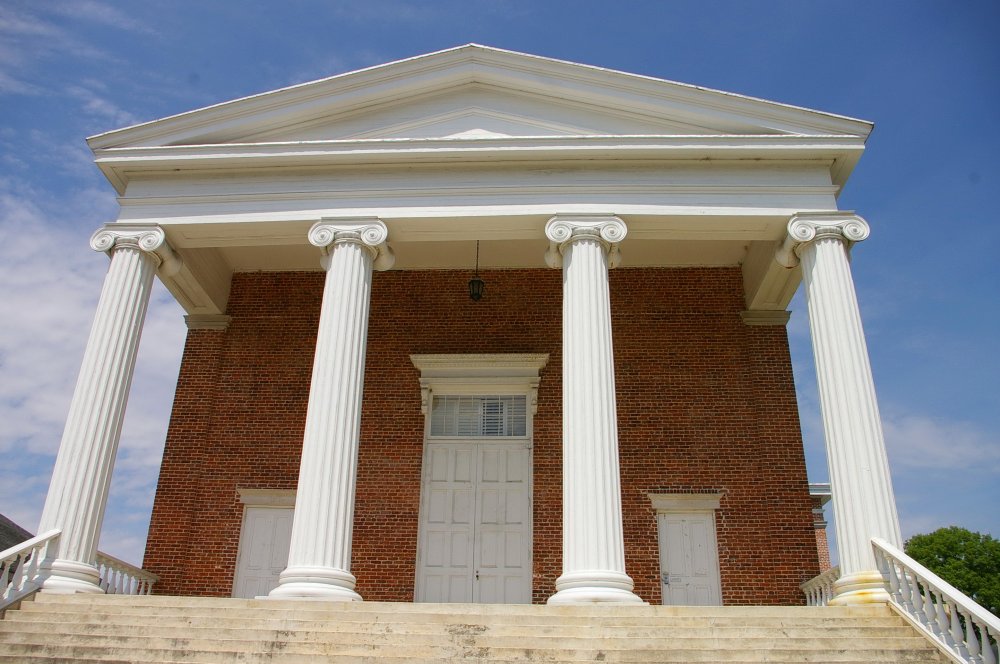 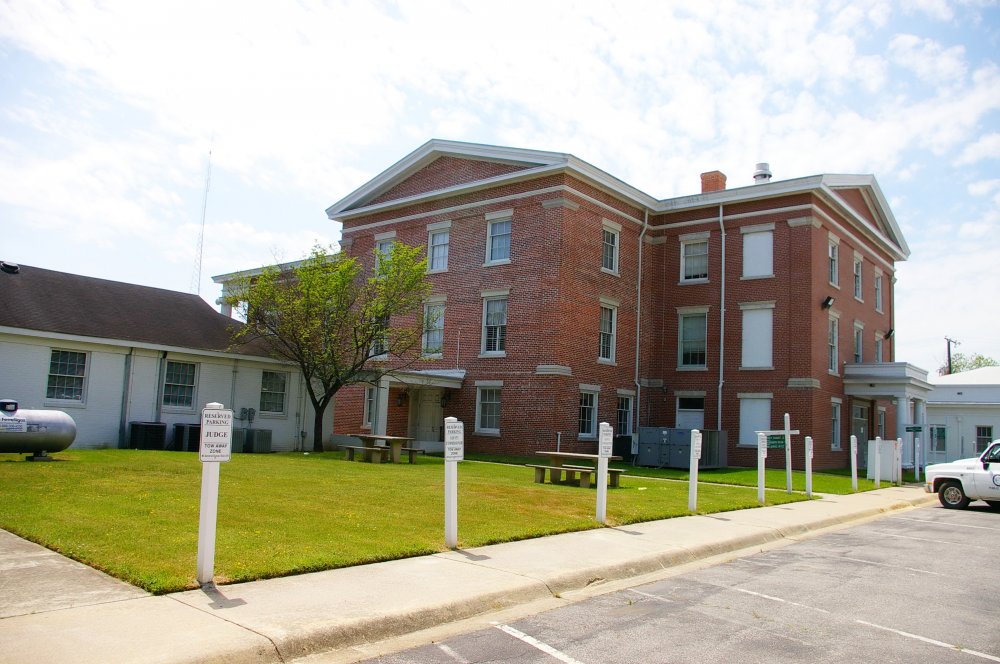 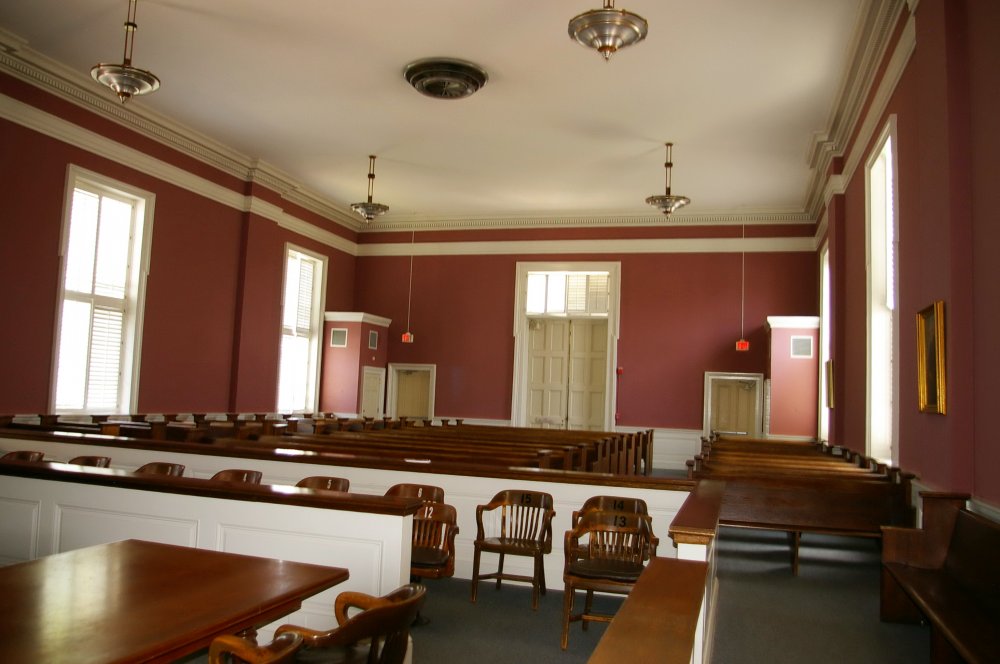 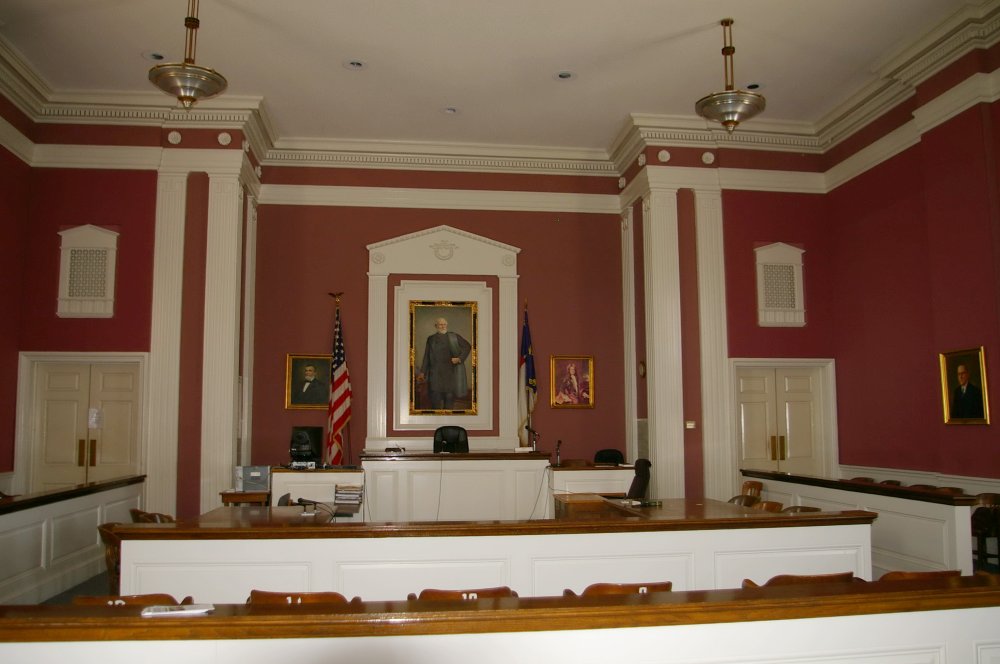 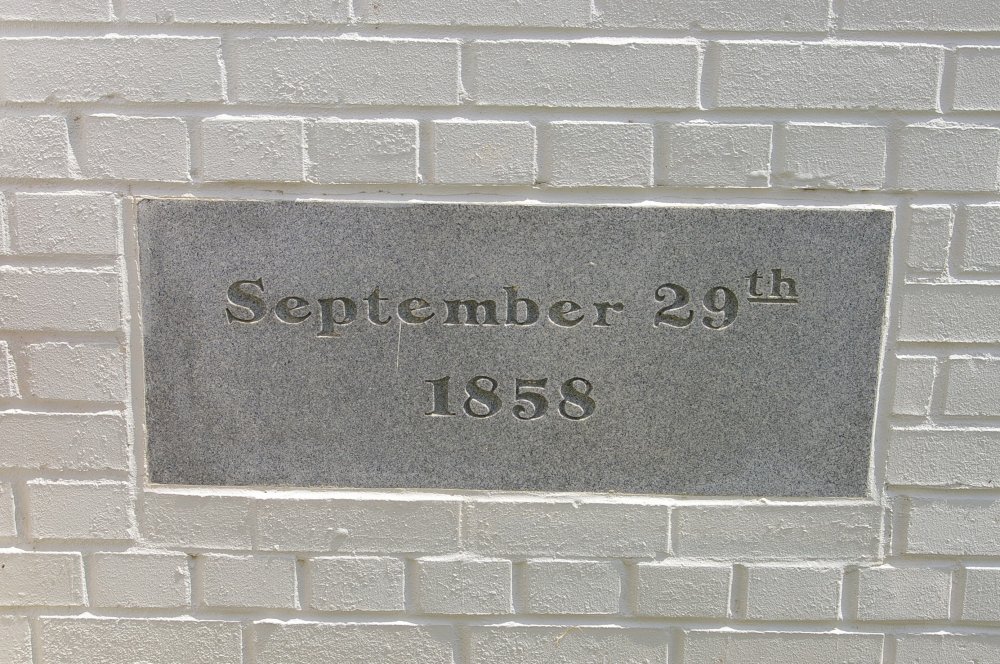 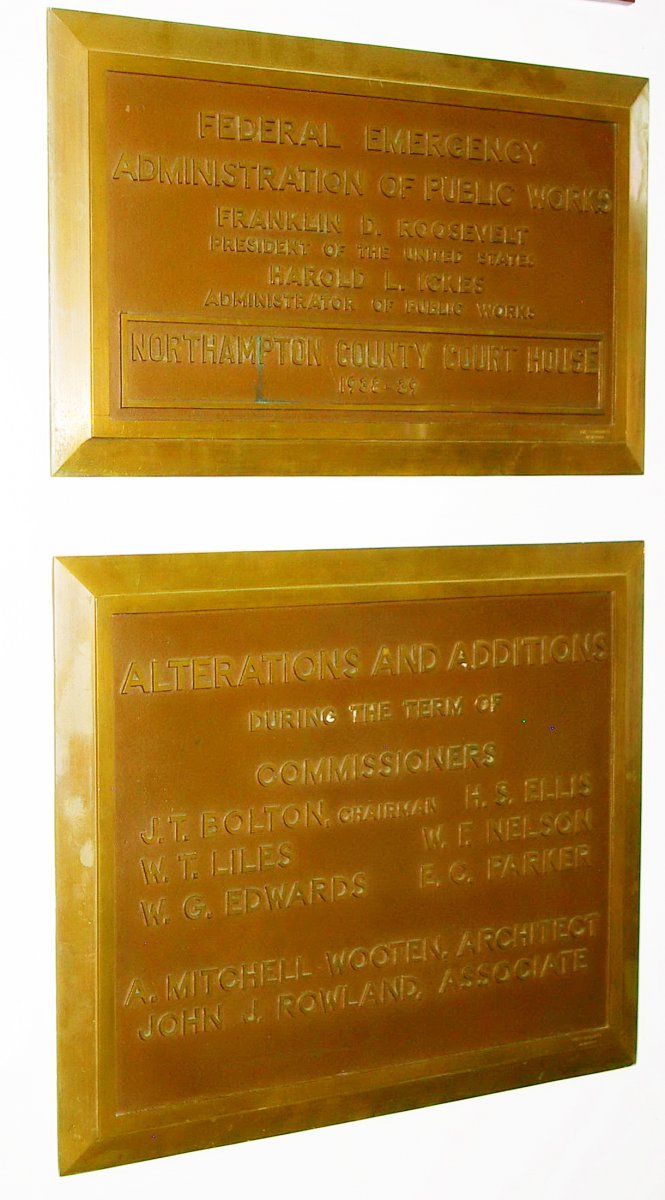 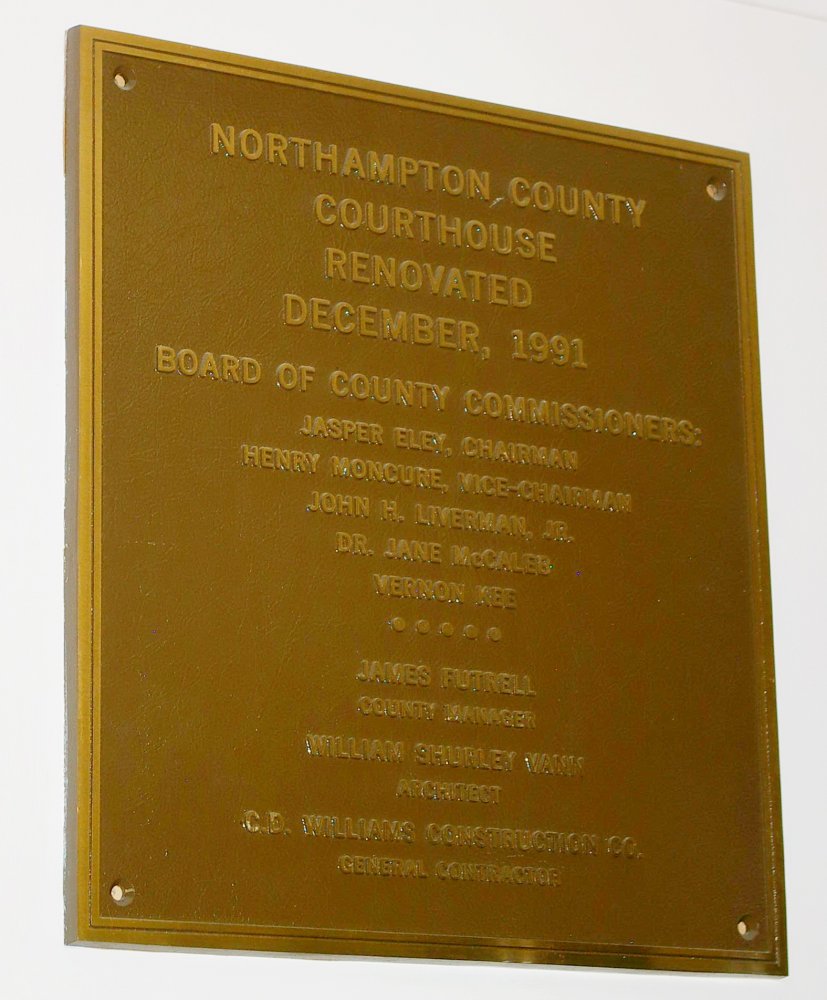 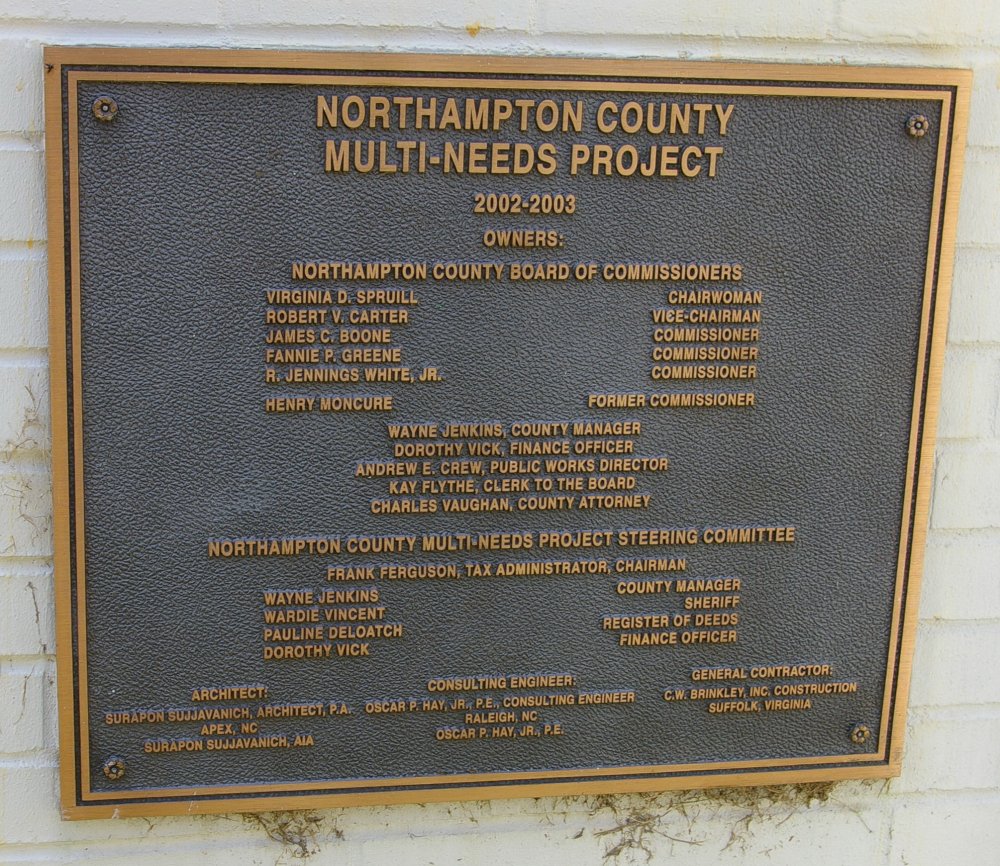 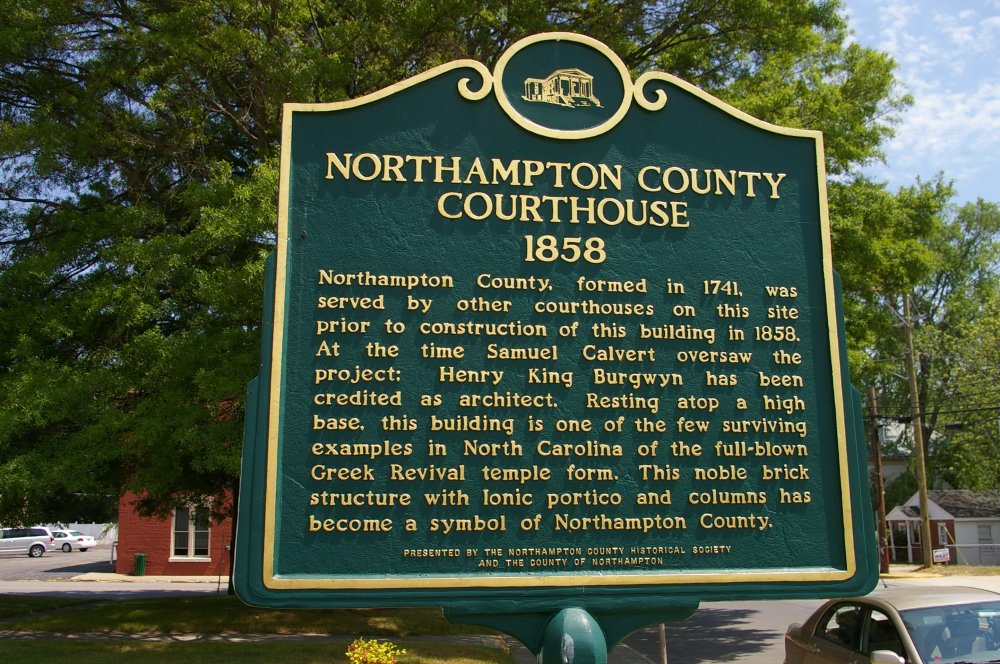 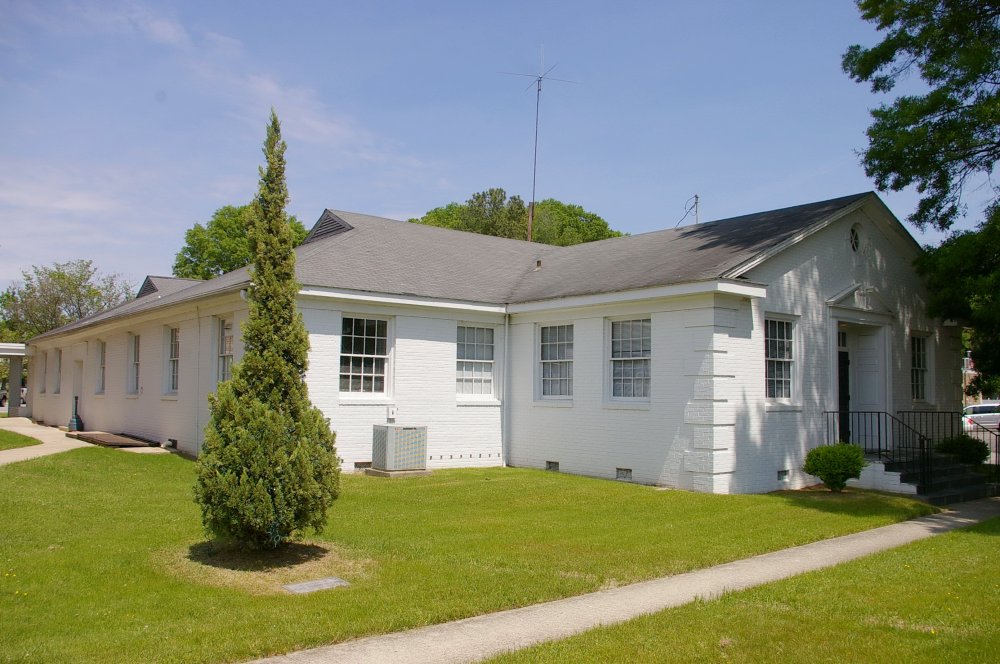