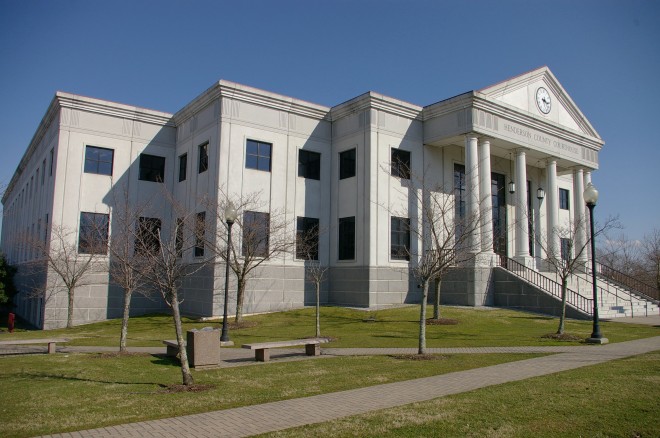 Henderson County is named for Leonard Henderson, who was the Chief Justice of North Carolina and lived from 1772 to 1833.

Description:  The building faces west and is a two story gray colored stone and concrete  style structure. The building is located on landscaped grounds in the center of Hendersonville. The building has a portico on the west front supported by six columns rising to a pediment at the roof line. The building is reduces in width to the wide main section on the east. In the interior is a central atruim with staicase and sklight. The building houses the County Superior Court and County District Court of the 29th Judicial District. 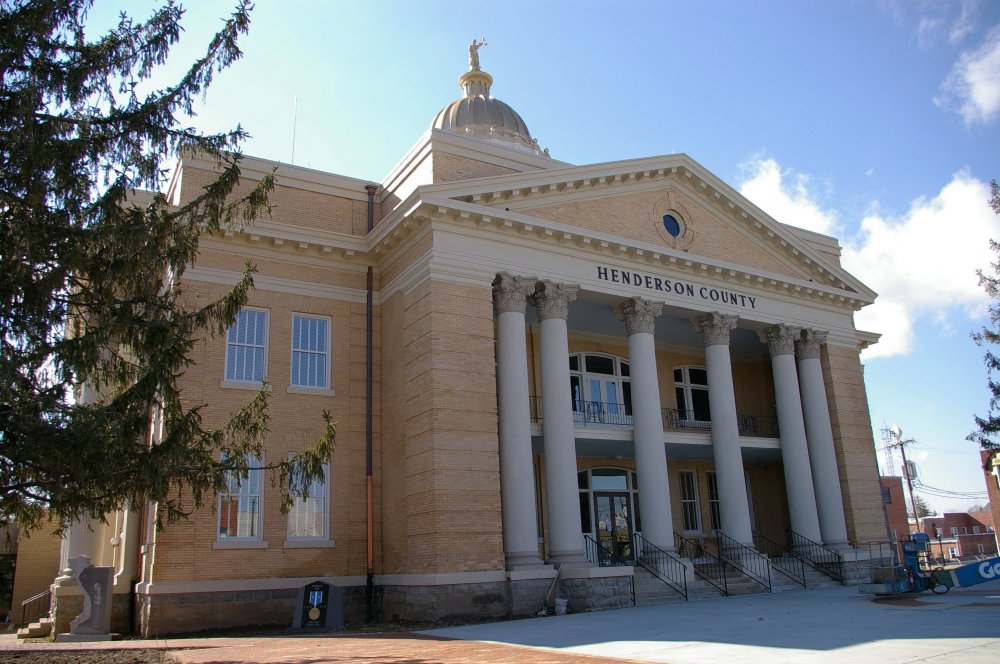 Description:  The building faces east and is a two story buff colored brick and concrete structure. The building is located on landscaped grounds in the center of Hendersonville. The building has a large extended portico supported by six large columns rising to a large pediment. The entrance is recessed with a long balcony on the second story. A protruding cornice runs above the second story windows. On the center of the building is a round dome with the Statue of Blind Justice at the top. In the interior, the first story has a transverse hall with octagonal circulation area. There are gray granite floors, brick finish wainscot, molded chair rail and transomed doors.  The courtroom has large round arch windows. The building was renovated in 2008 and will house the County Administration and County Museum. 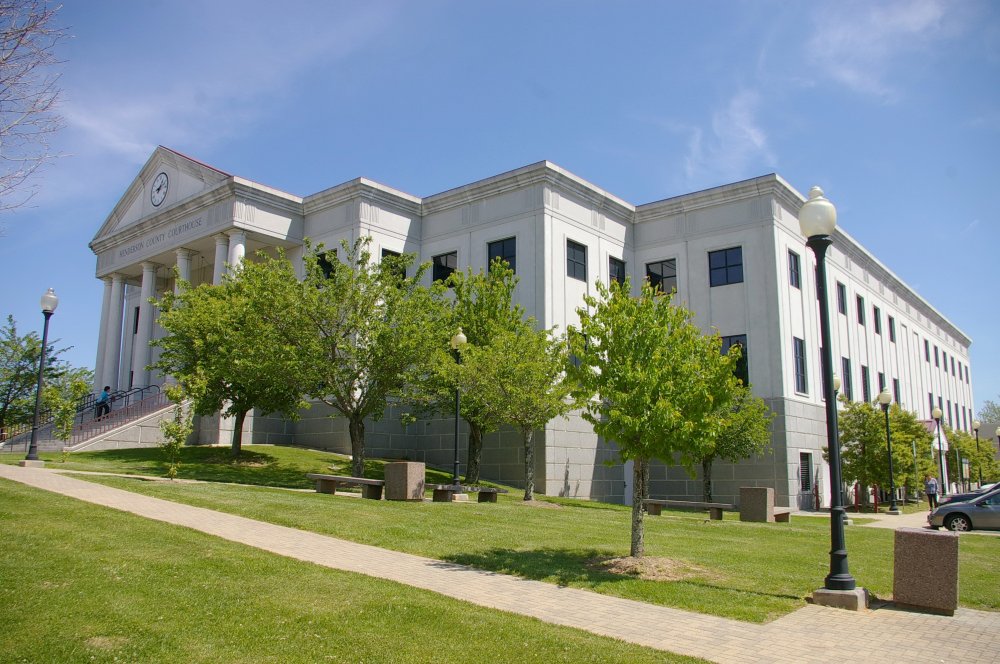 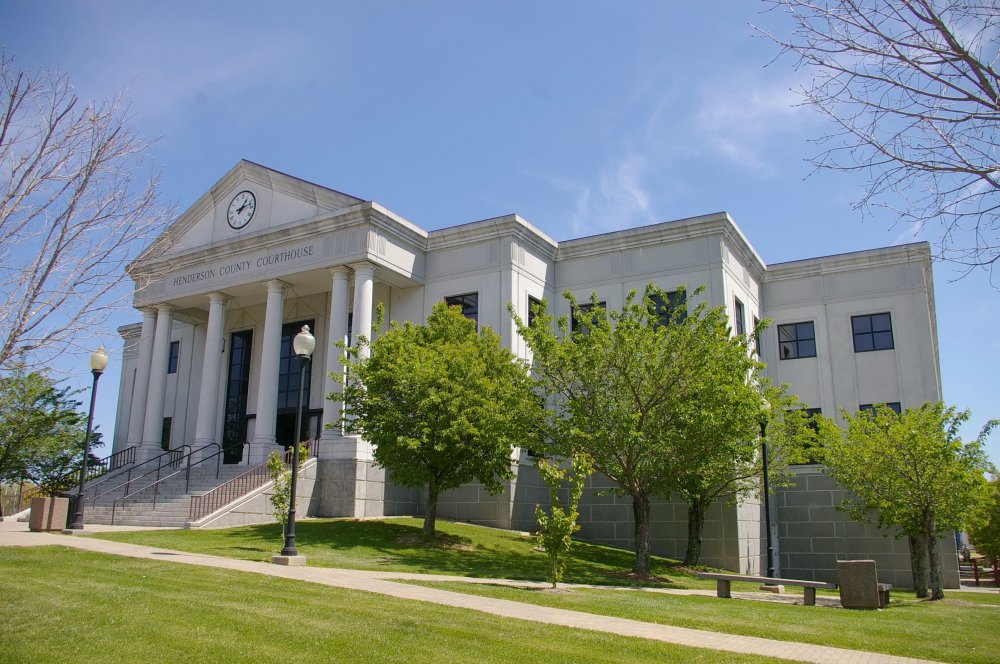 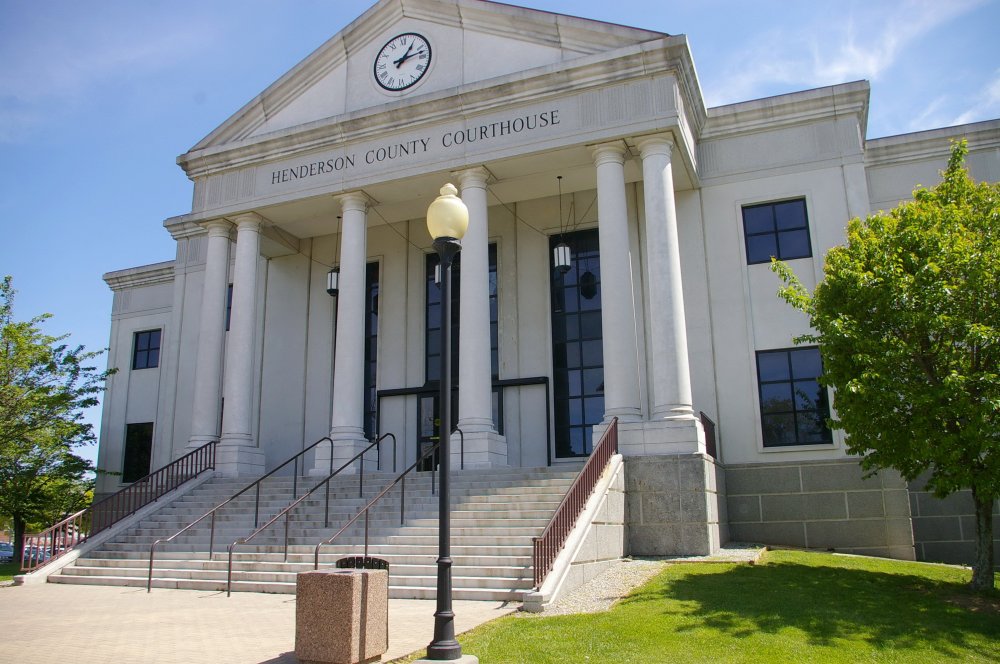 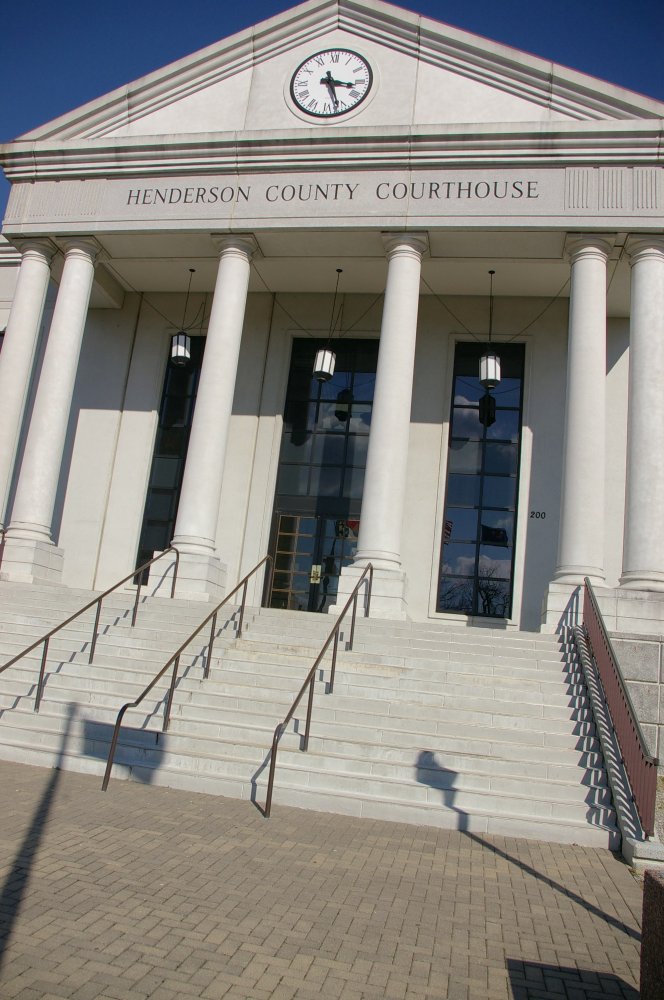 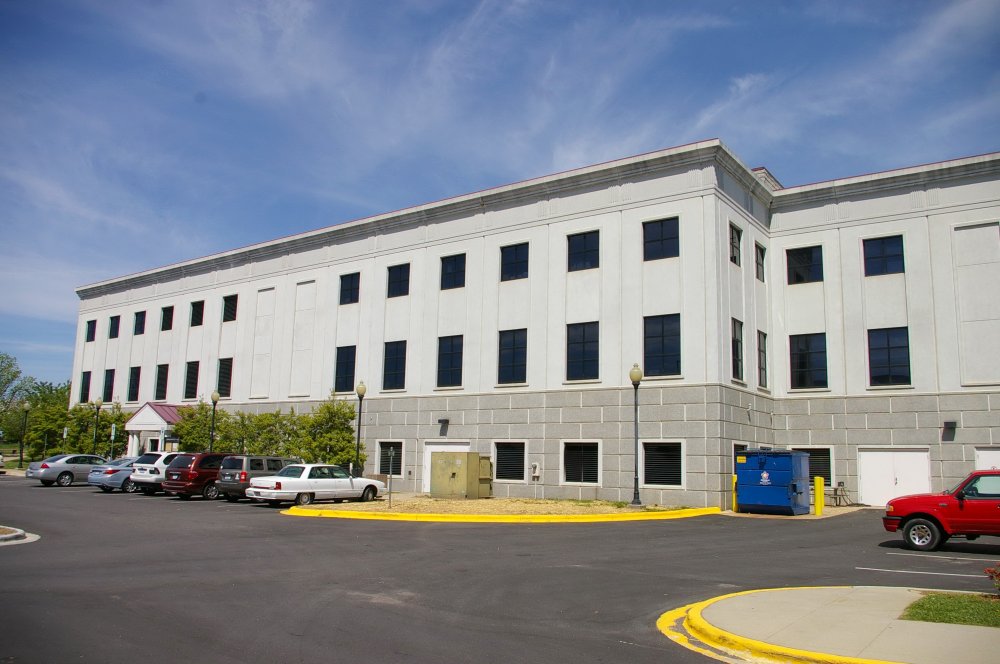 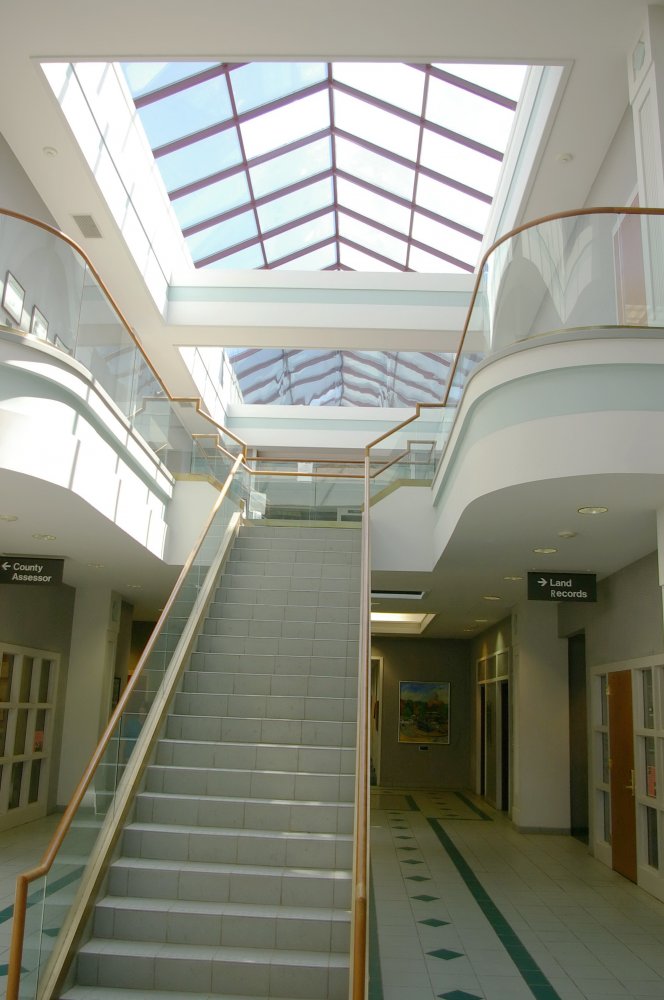 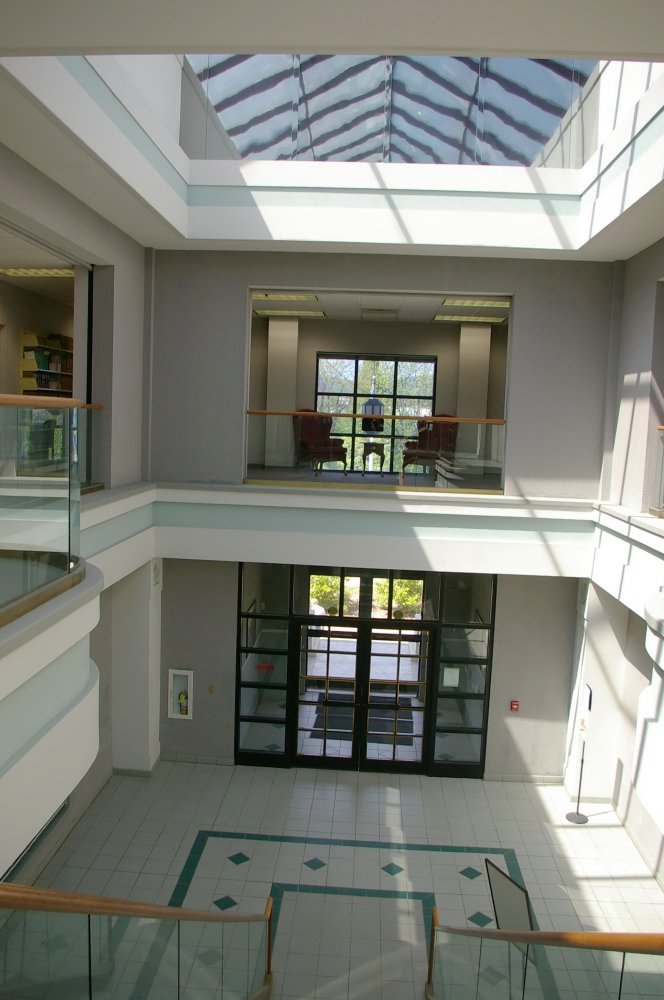 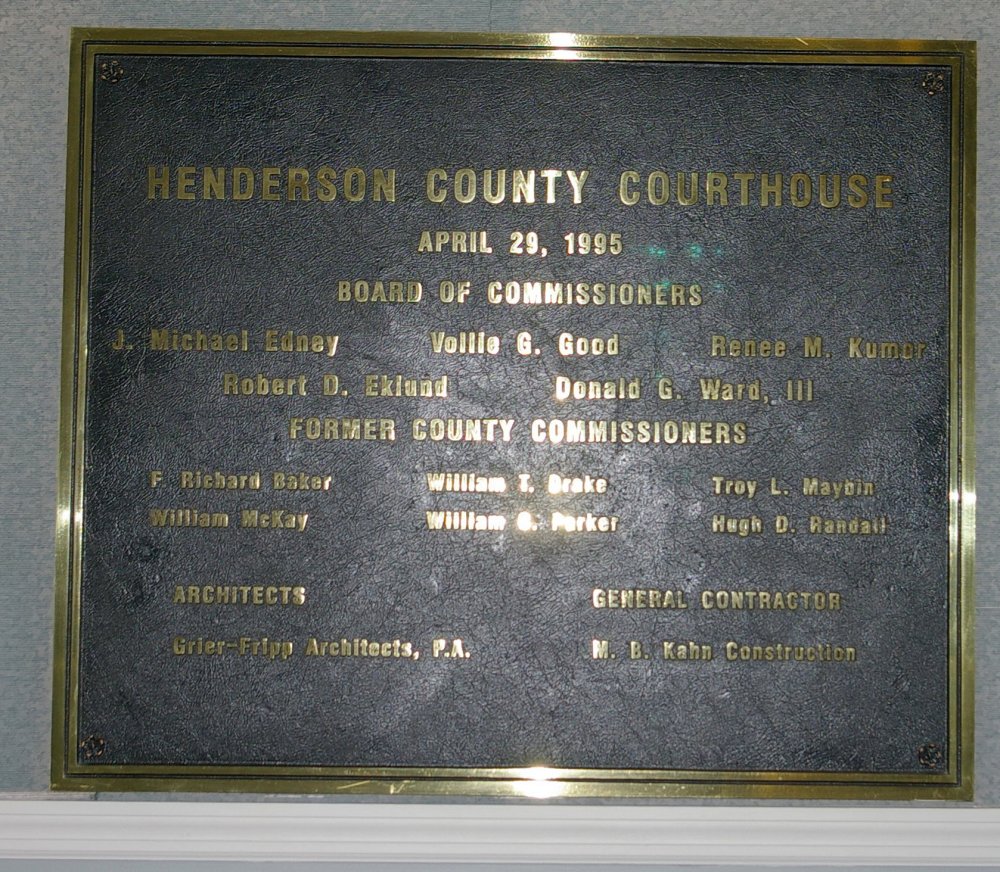 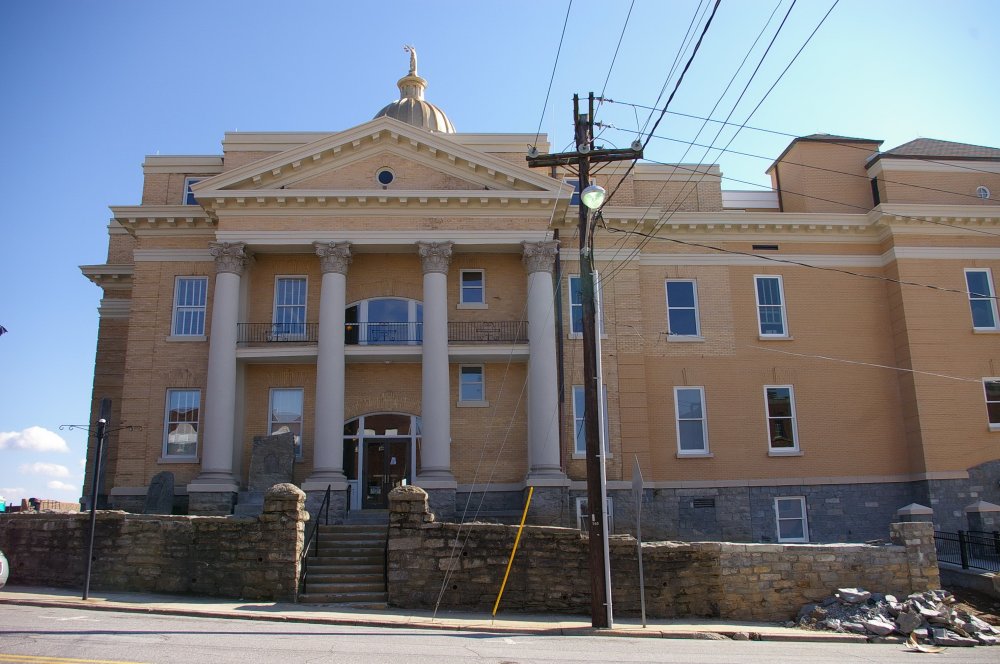 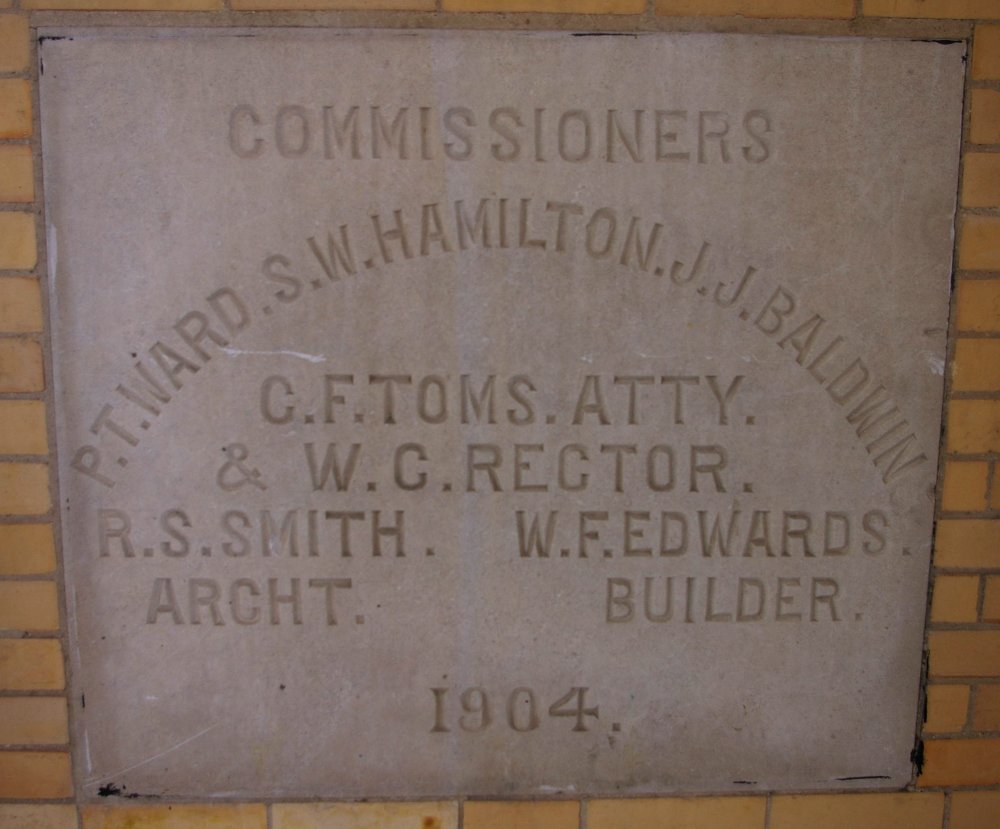