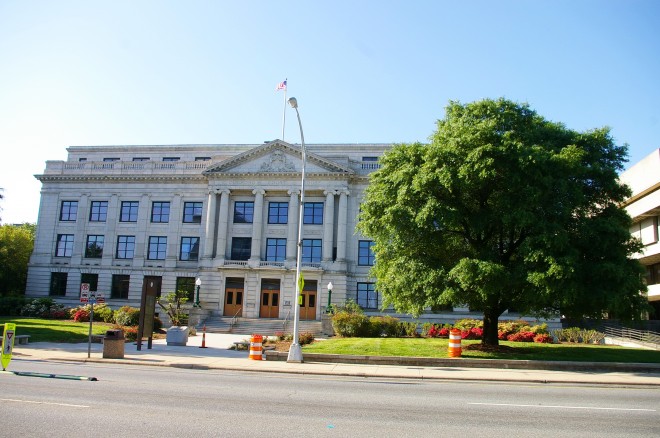 Guilford County is named for Francis North, who was the 1st Earl of Guilford, a British politician and father of Prime Minister of Great Britain Frederick North.

Description:  The building faces south and is a four story gray colored stone and concrete structure. The building is located on landscaped grounds in the center of Greensboro. On the south and north sides are porticos with three entrances on the first story, six columns on the second and third stories and a pediment at the top, The fourth story is recessed and a balustrade runs along the roof line of the third story. The roof line is flat. In the interior, there are richly molded ceiling beams, intricate iron stair railings and marble wainscoting. The second story courtroom is classically styled and is two stories with a gallery at the rear. Fluted pilasters with plaster Corinthian capitals divide the paneled walls. A carved pedimented frontispiece occupies the wall behind the judge’s bench. Two engaged Doric Columns support the pediment and initiate a frieze which encircles the chamber. Globe lights are suspended from the coffered ceiling. 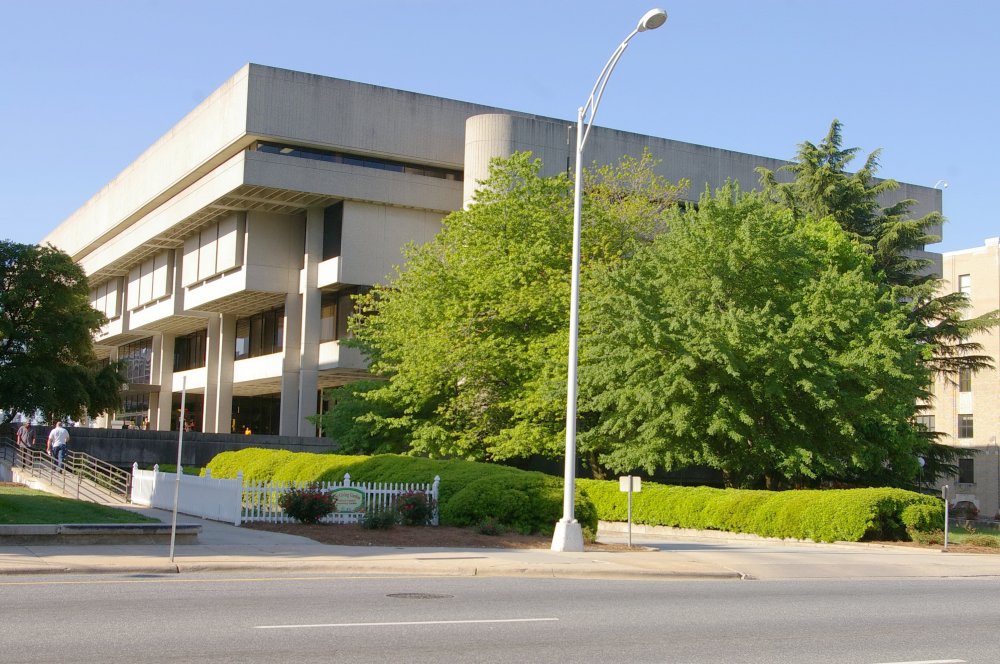 Description:  The building faces east and is a four story concrete and glass structure. The building is located on landscaped grounds in the center of Greensboro. The east front has a central entrance on the second story and recessed walls with glass panels. There are vertical pillars and a wide section below the flat roof line. The building houses the County Superior Court and County District Court of the 18th Judicial District. The building was renovated and the architect was J Hyatt Hammond & Associates. 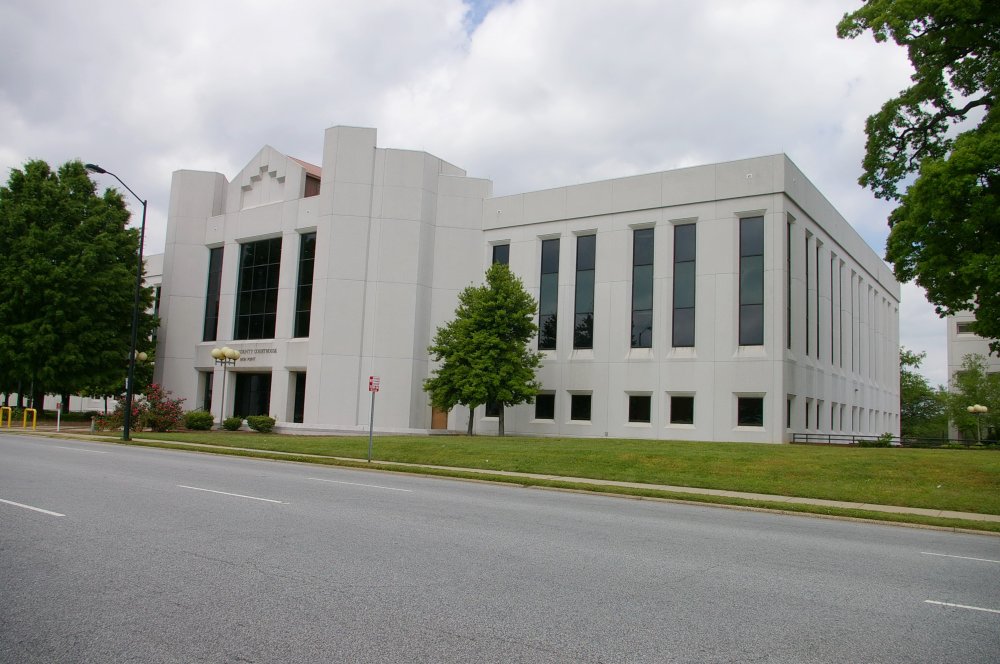 Description:  The building faces south and  is a three story white colored concrete and glass structure. The building is located in High Point which is south of Greensboro. The building houses the County Superior Court and County District Court of the 18th Judicial District. 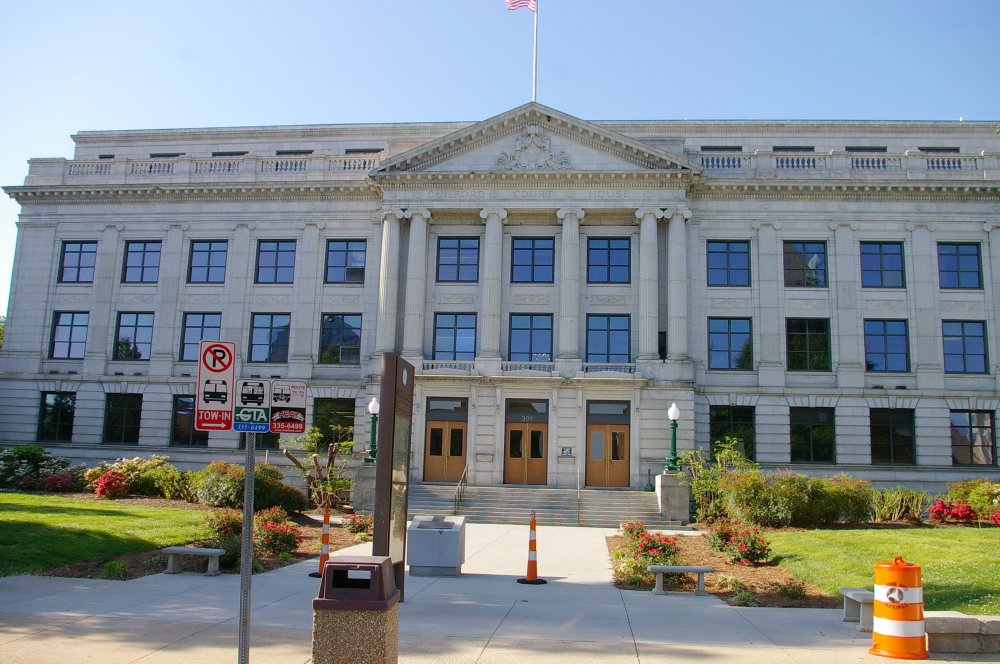 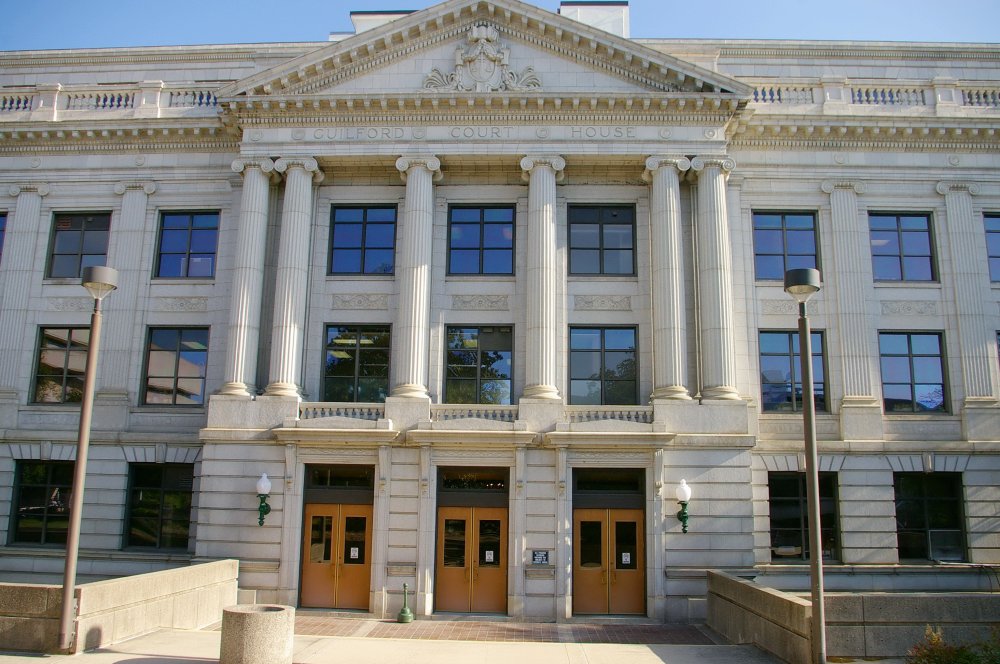 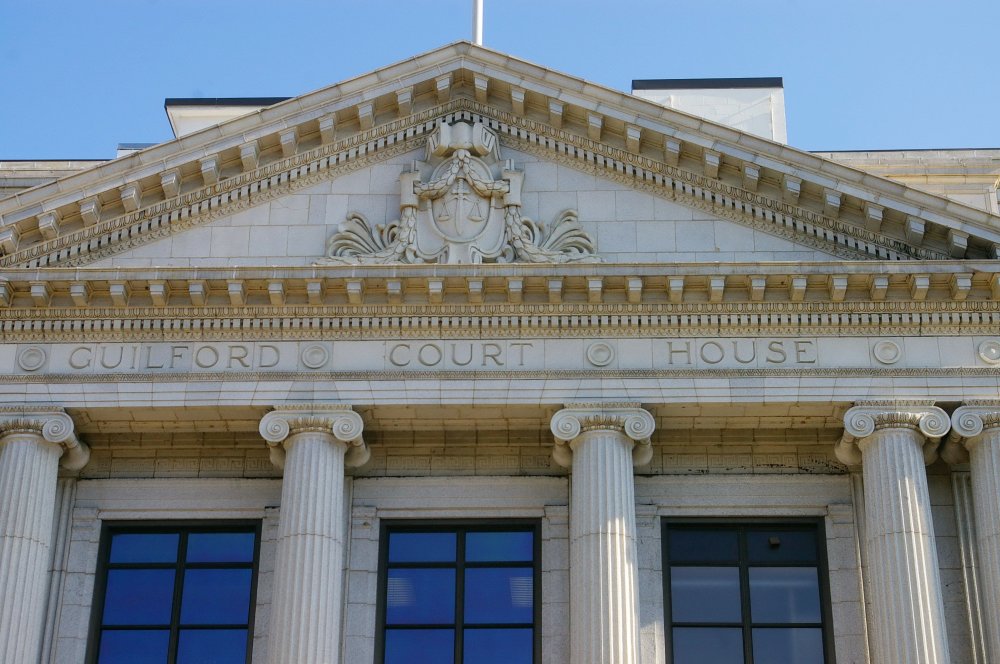 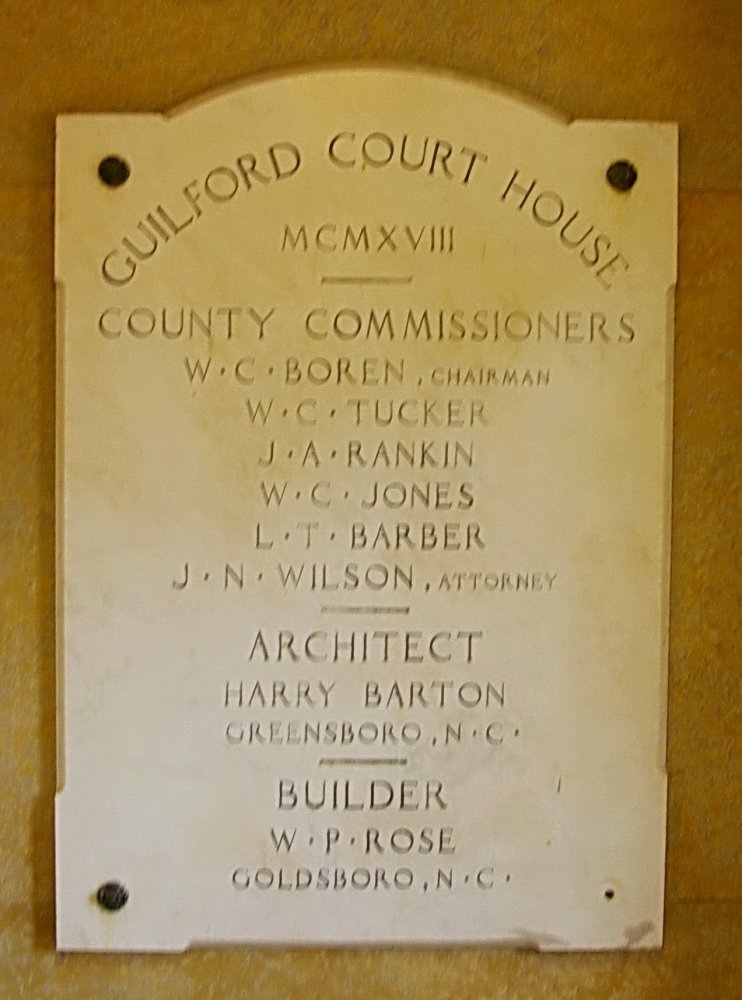 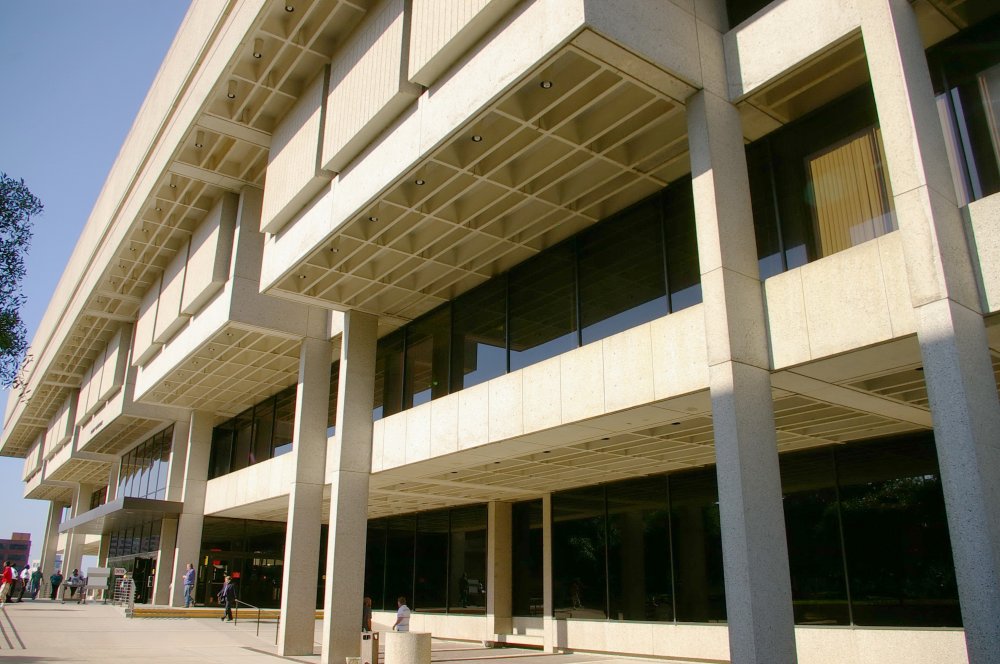 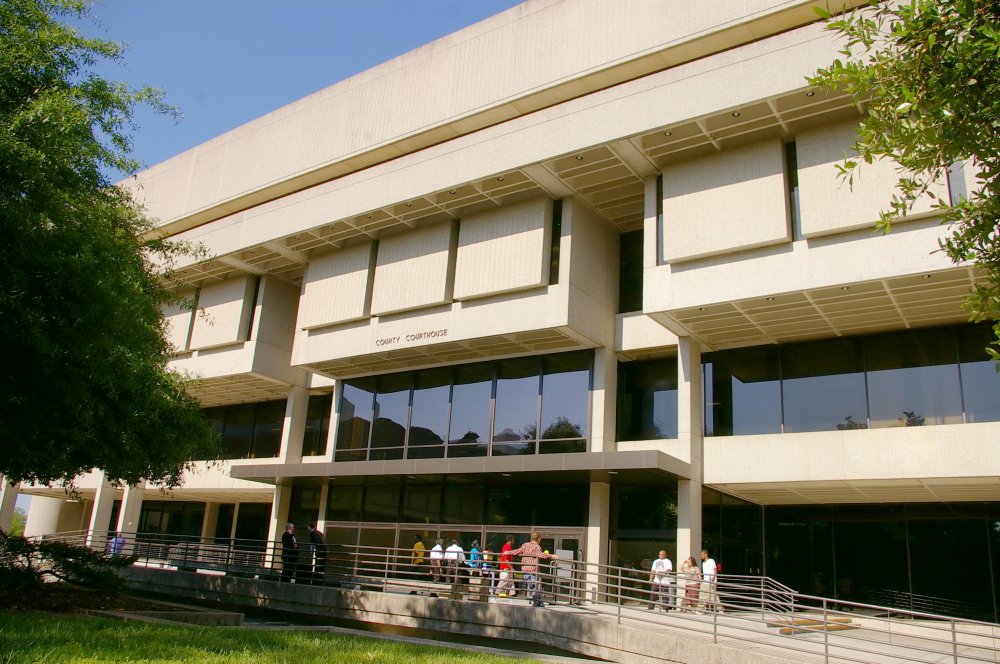 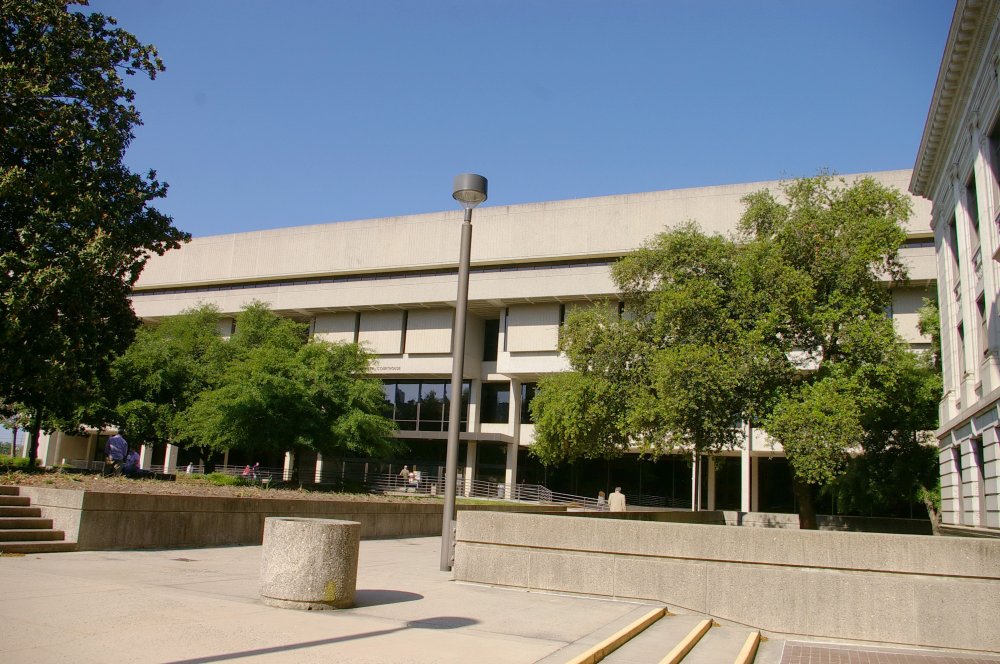 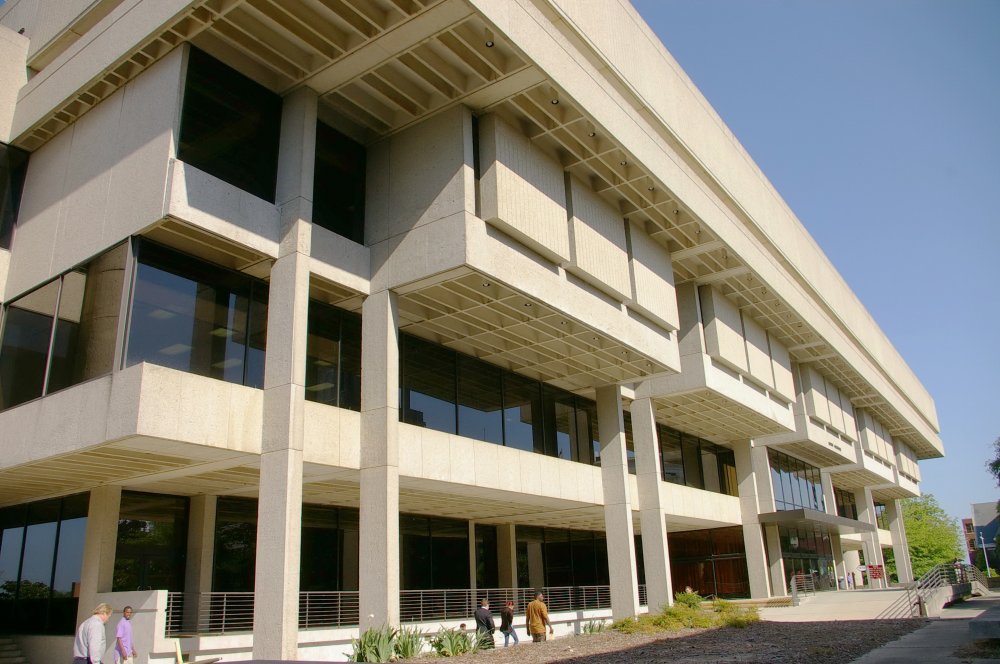 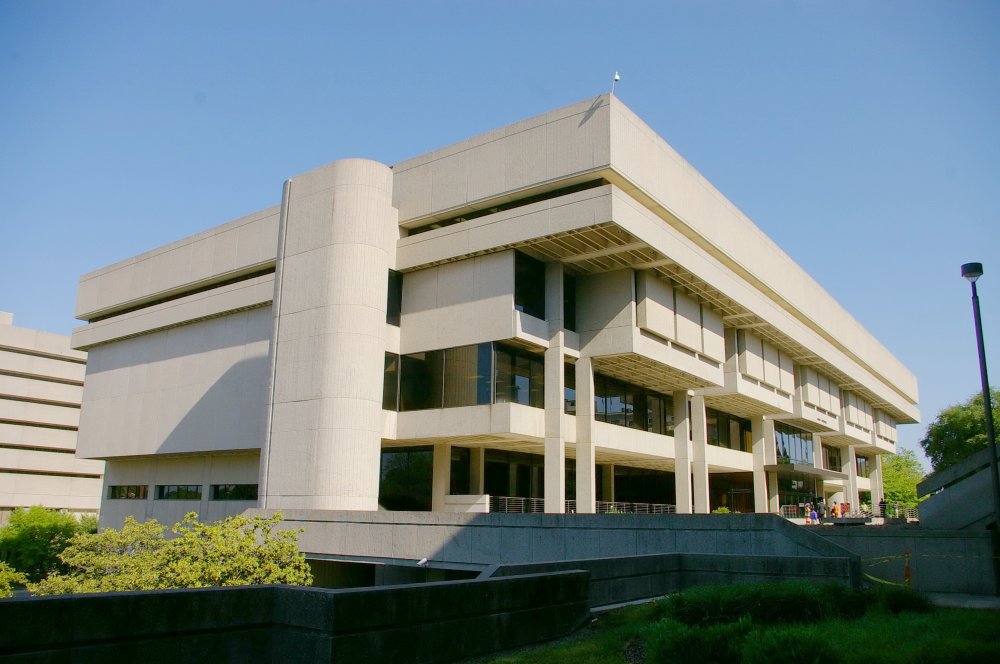 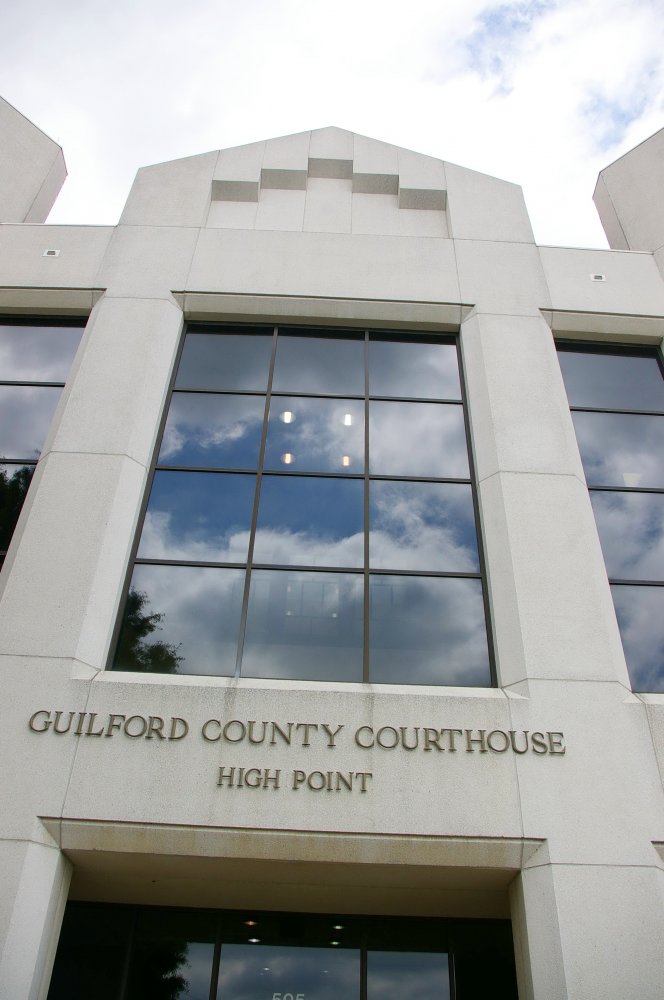 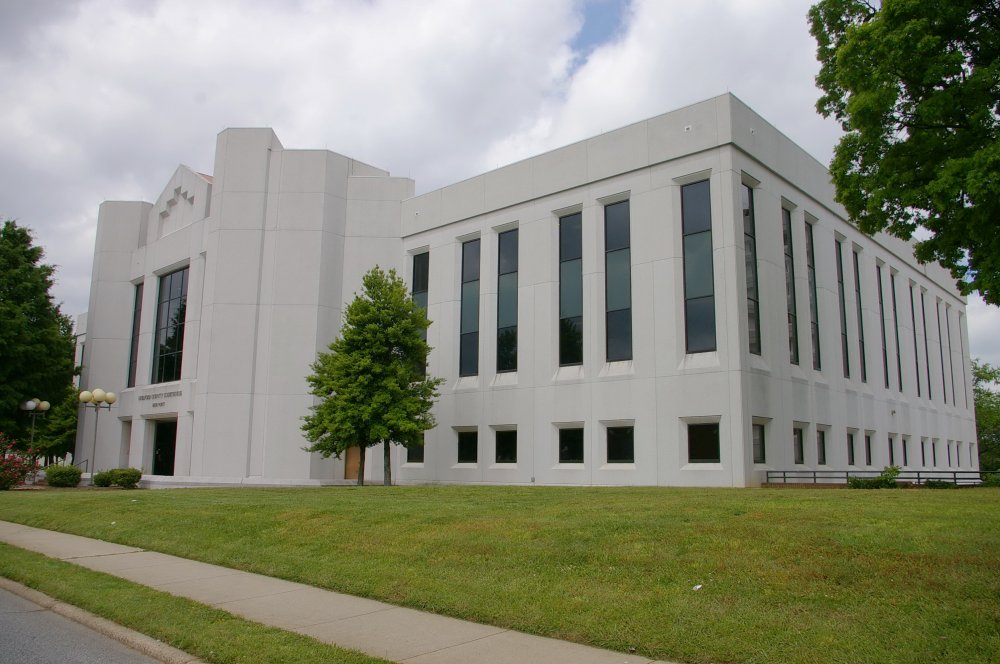 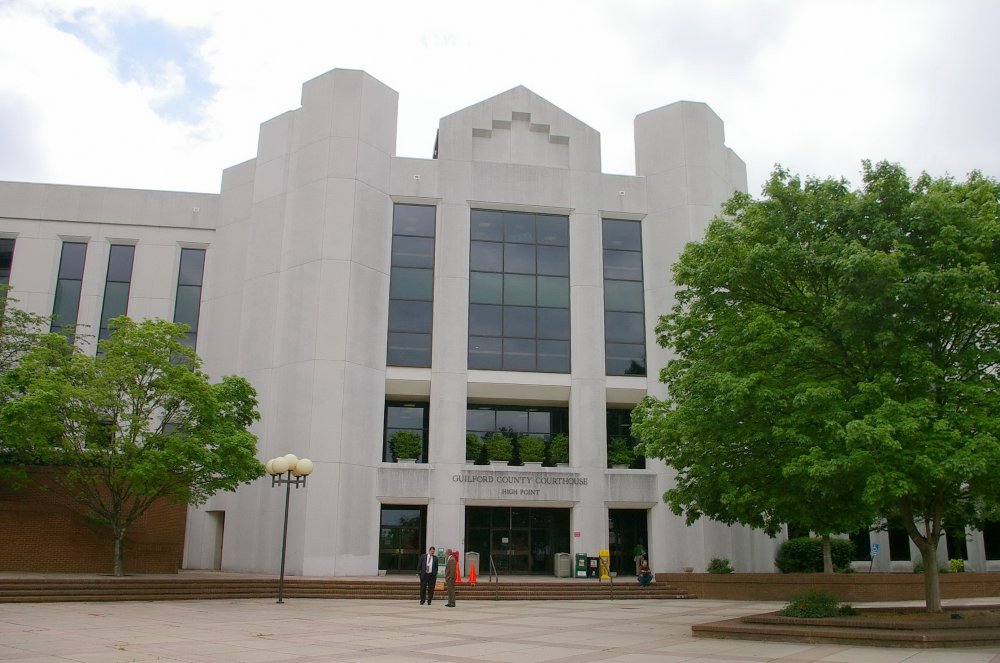