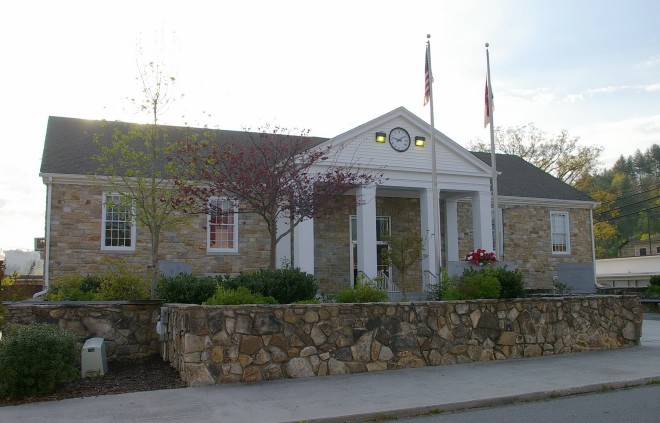 Description:  The building faces west and is a two story flagstone and concrete structure. The building is located on landscaped grounds in the center of Robbinsville and is a “T” shape plan. The west front has a portico supported by four white colored pillars rising to a pediment at the roof line. The roof is hipped. In the interior, there is a split stairway inside the front entrance. The interior walls are plaster and the concrete ceilings are painted. The courtroom is located on the east side of the second story and has double-leaf doors and pine paneled walls. The judge’s bench is located at the east end and a painting depicting “Blind Justice” hangs behind the three-part bench. The building houses the County Superior Court and County District Court of the 30th Judicial District. The building was a Work Projects Administration project. The construction supervisor was John L Taylor and the foreman was W T Moore of Andrews.

History:  The county was created in 1872 and Robbinsville was selected as the county seat. The first courts were held at the Baptist Church of Cheoah Valley ( now the Old Mother Church ) which served as the first courthouse from 1872 to 1873 and is still standing at 271 Mother Church Road in Robbinsville. The second courthouse was a wood frame structure built by John W Harwood in 1873 to 1874 at a cost of $1,075. The third courthouse was a two story wood structure constructed in 1894 to 1895. The building was demolished to make room for the fourth and present courthouse constructed in 1941 to 1942. 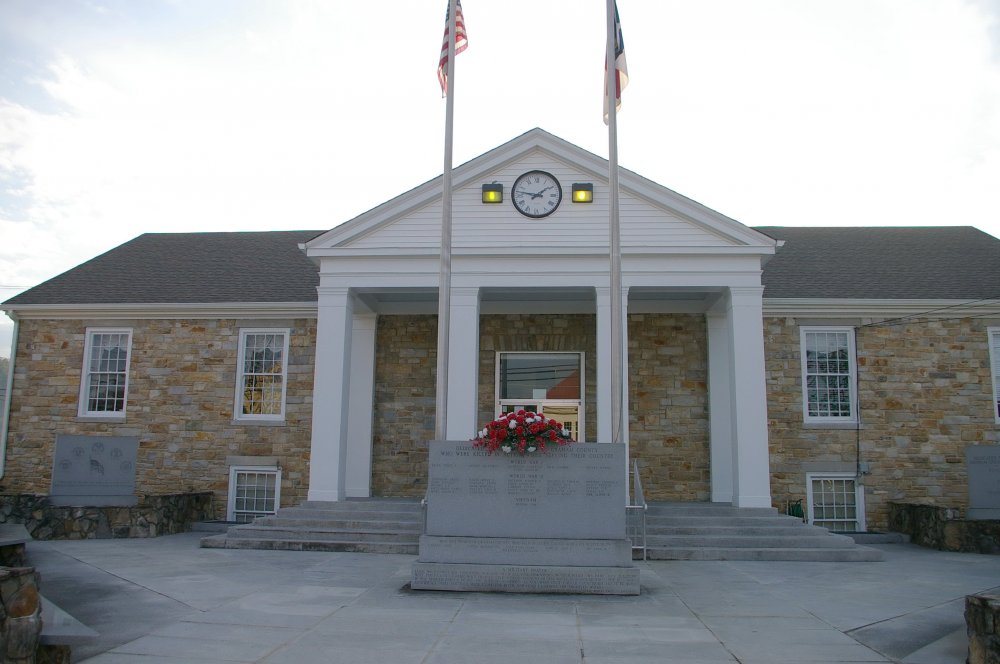 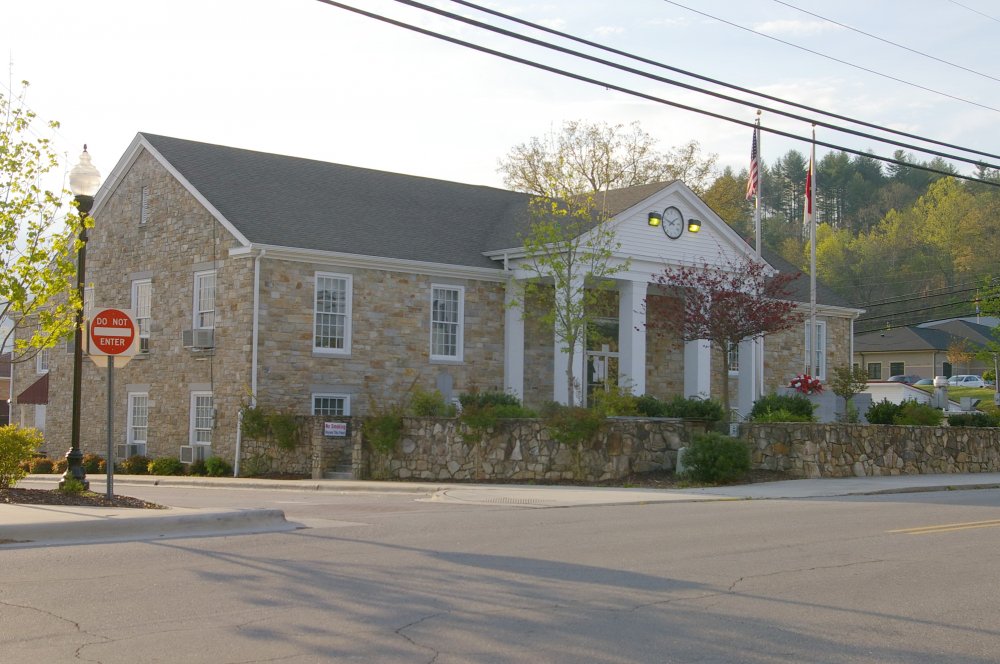 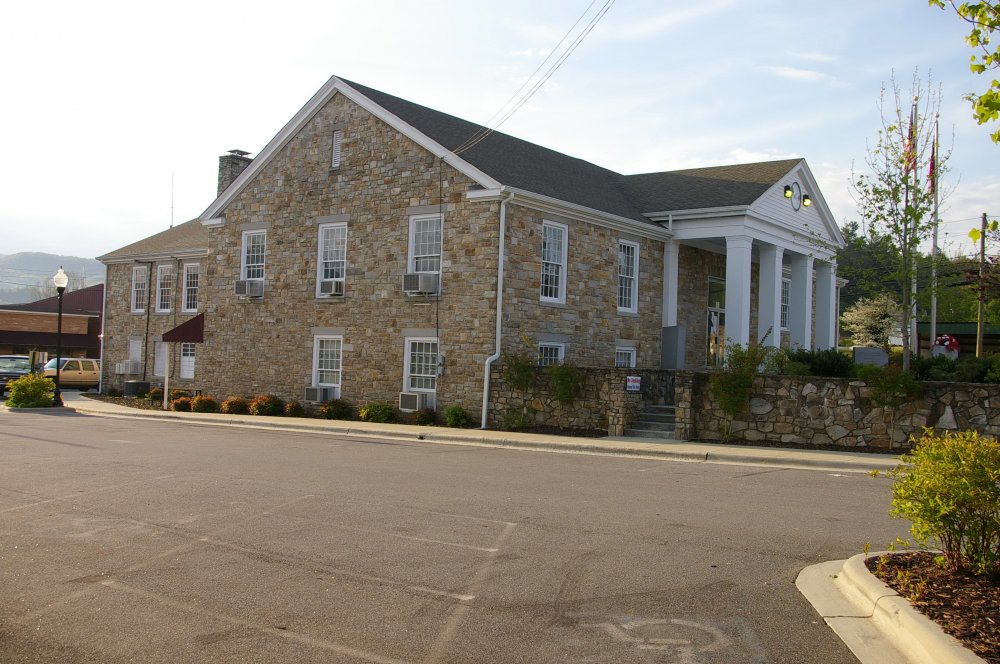 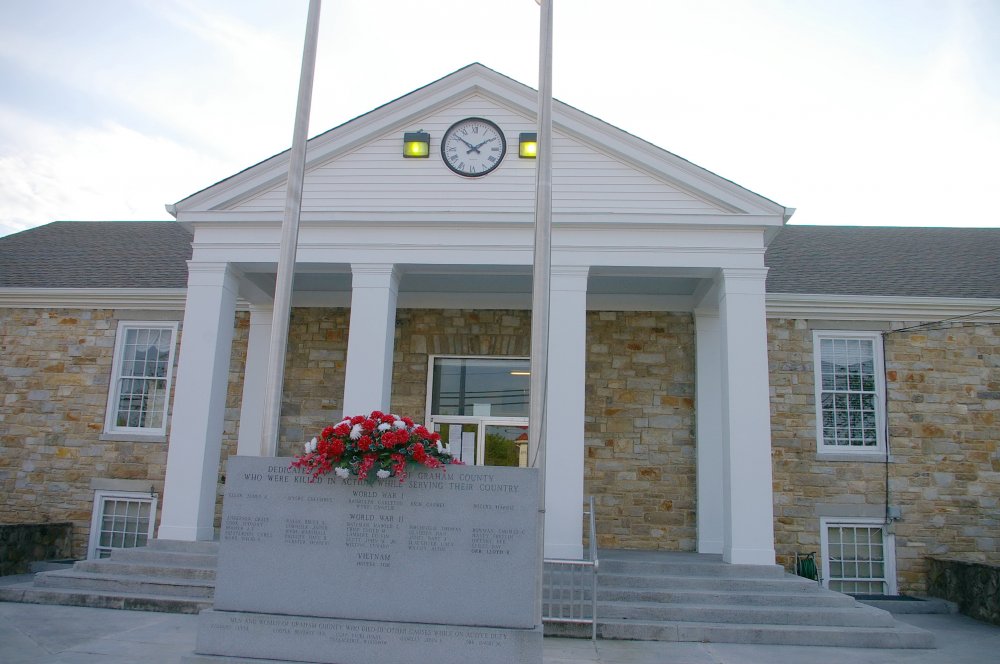 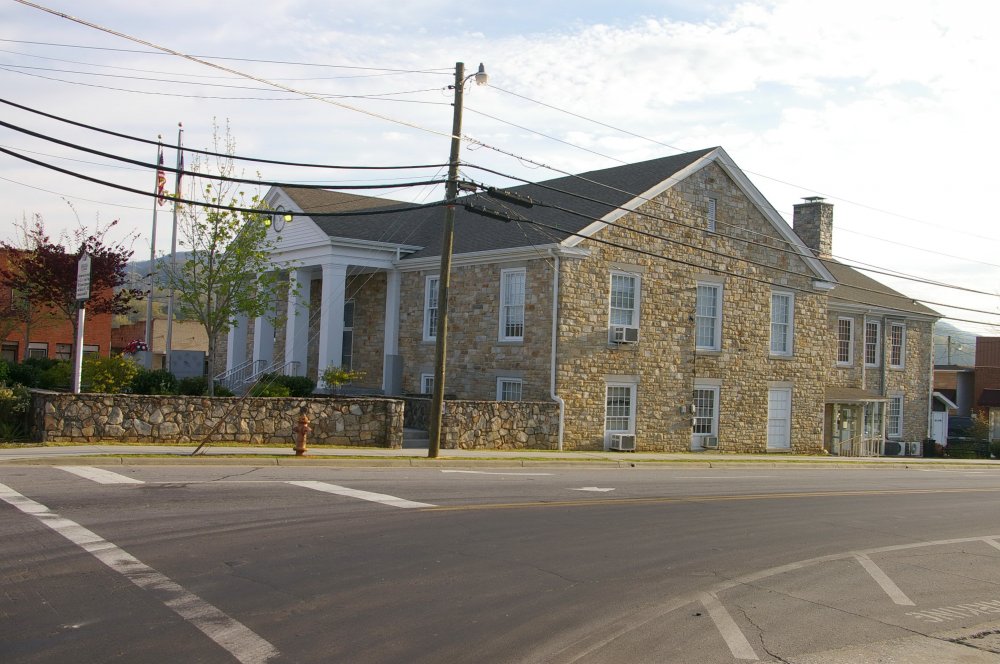 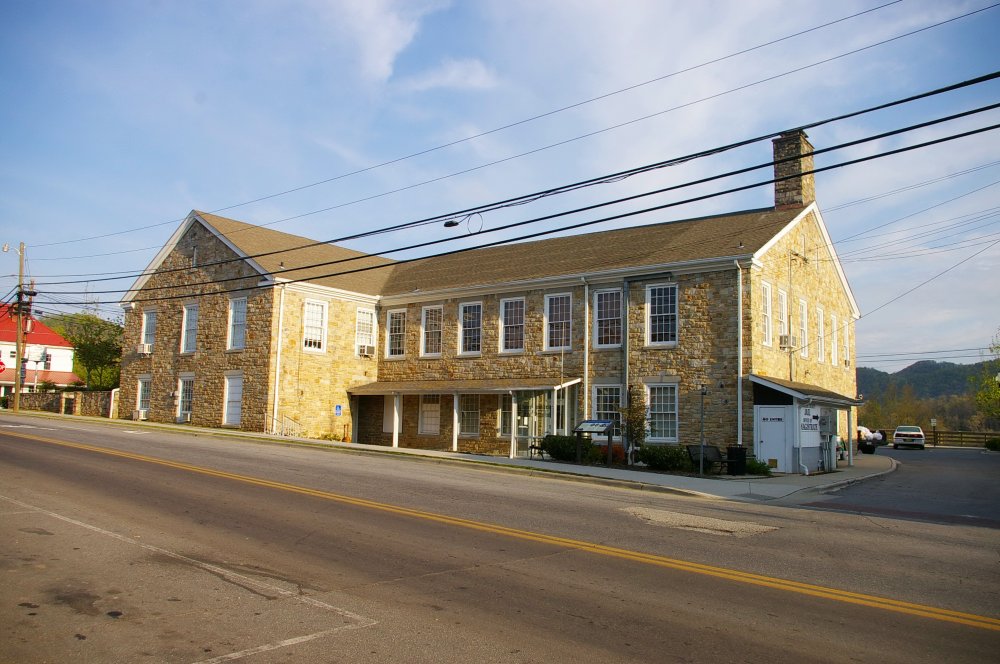 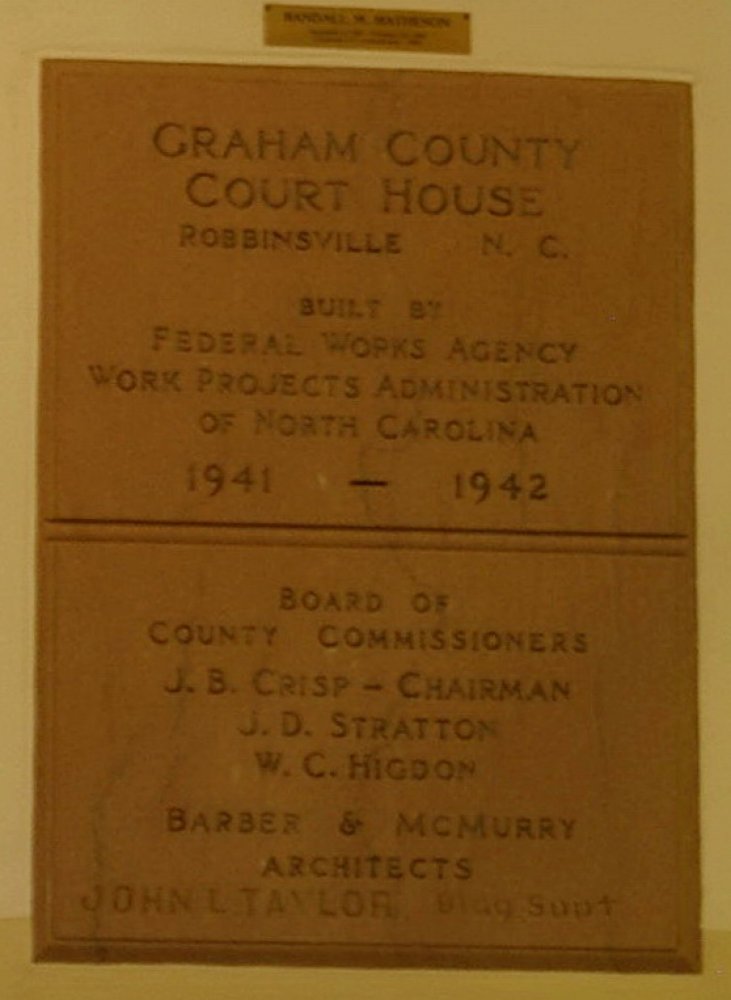