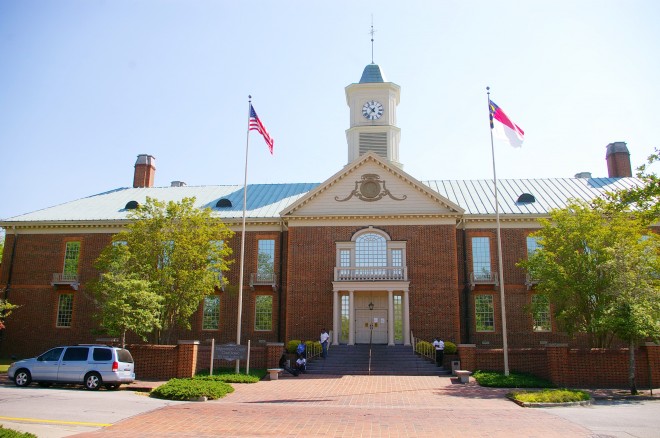 Edgecombe County is named for Richard Edgecombe, who was the 1st Baron Edgecombe and a Lord High Treasurer and Paymaster-General for Ireland.

Description:  The building faces southwest and is a two story red colored brick and concrete structure. The building is located on landscaped grounds in the center of Tarboro. The southwest front has a projecting central section with entrance on the first story and large window above on the second story with peaked roof at the top. On the center of the roof is a high square cupola. The green colored roof is hipped. The building houses the County Superior Court and County District Court of the 7th Judicial District.

The County Judicial Center in Rocky Mount is shared with Nash County. 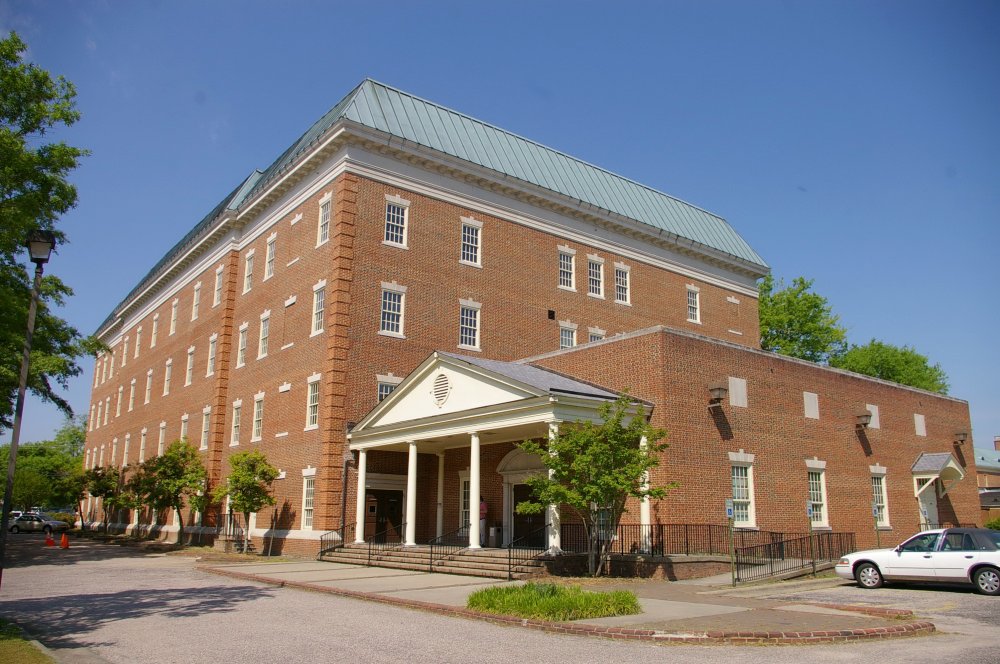 Description:  The building faces southeast and is a four story red colored brick and concrete structure. The building is located in the center of Tarboro to the south of the courthouse. The green colored roof is sloped along the edge. 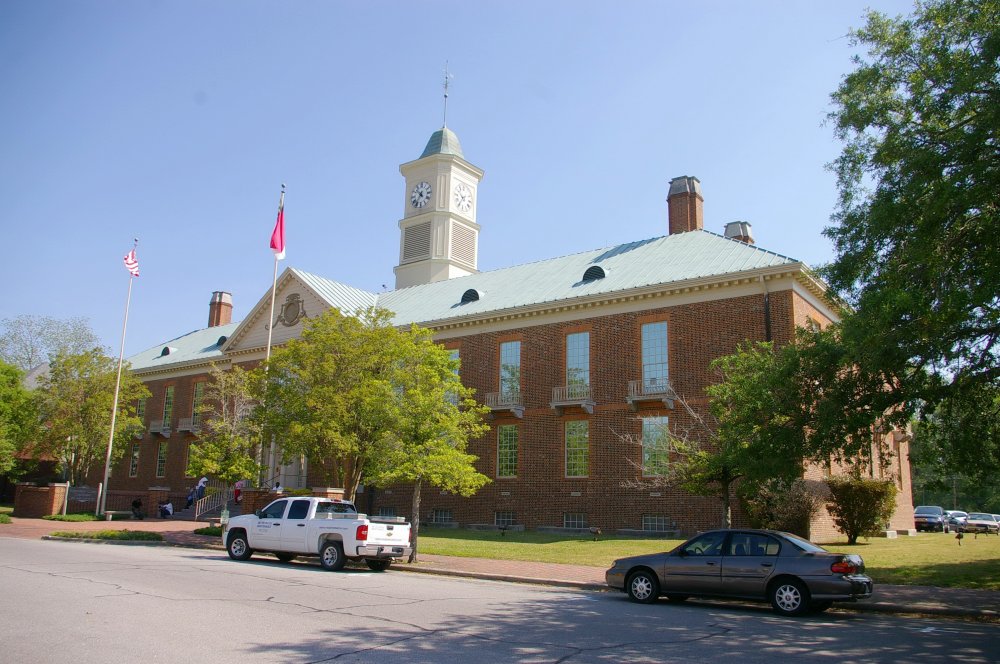 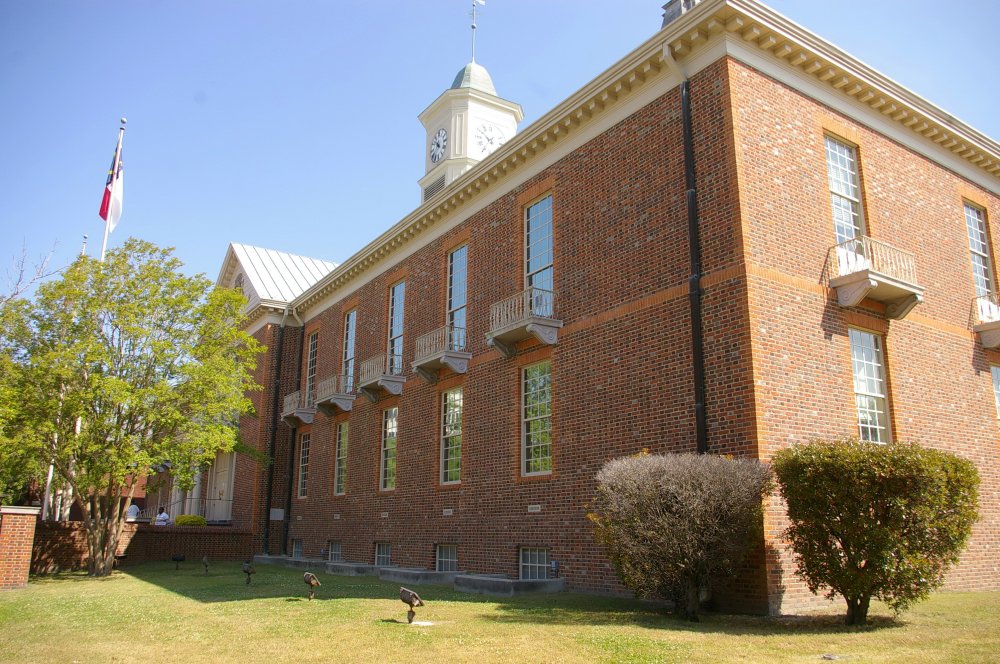 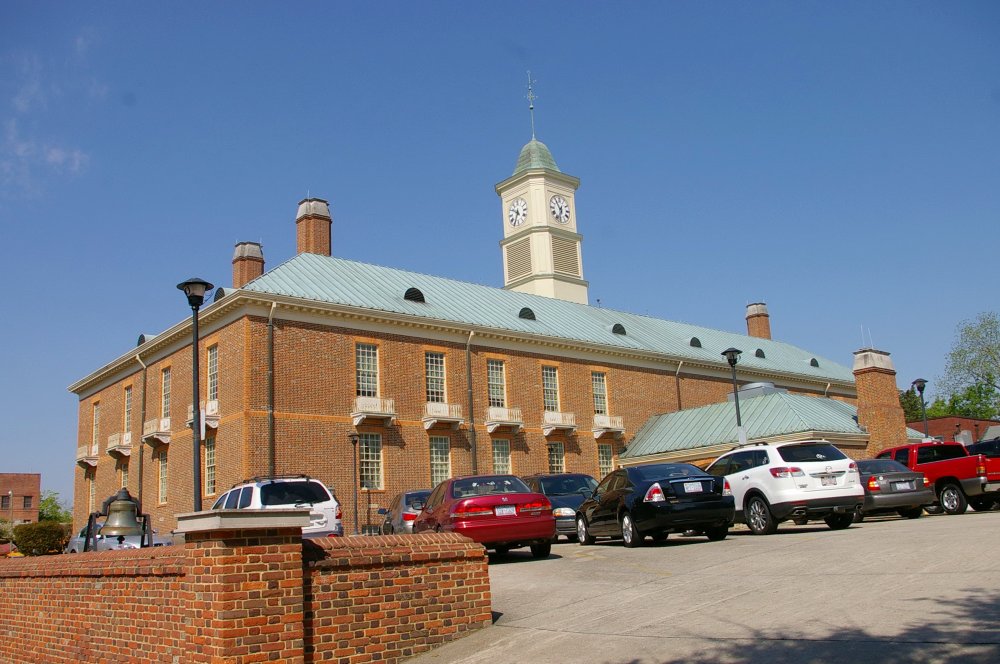 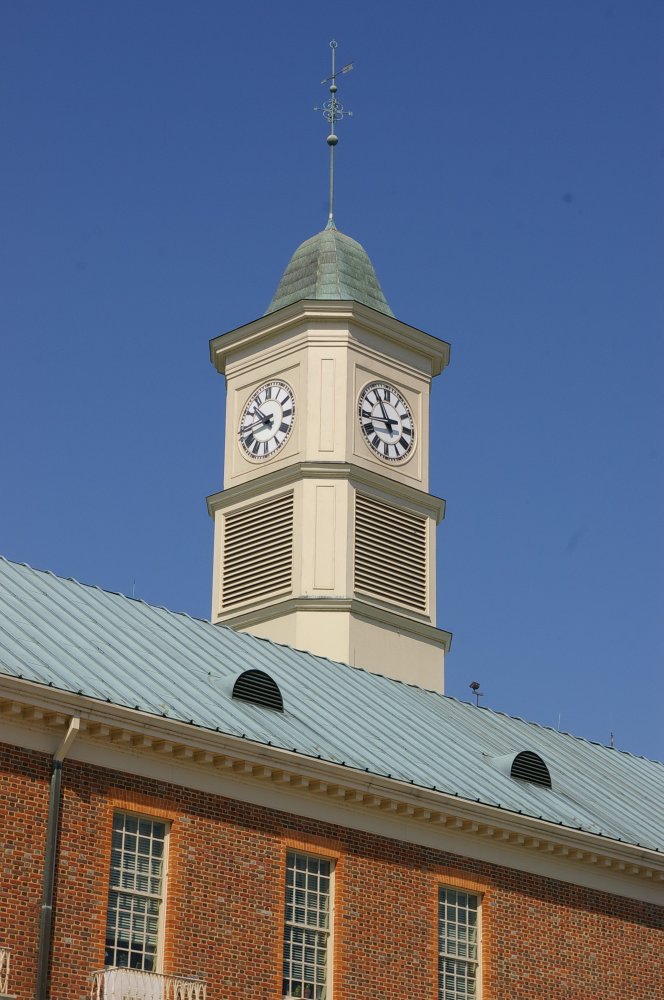 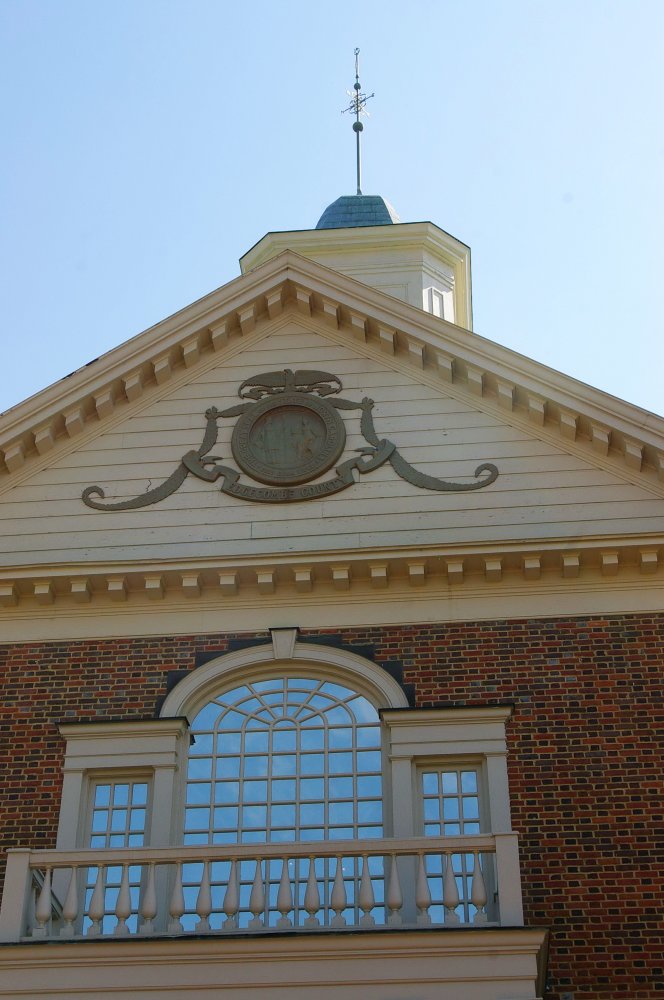 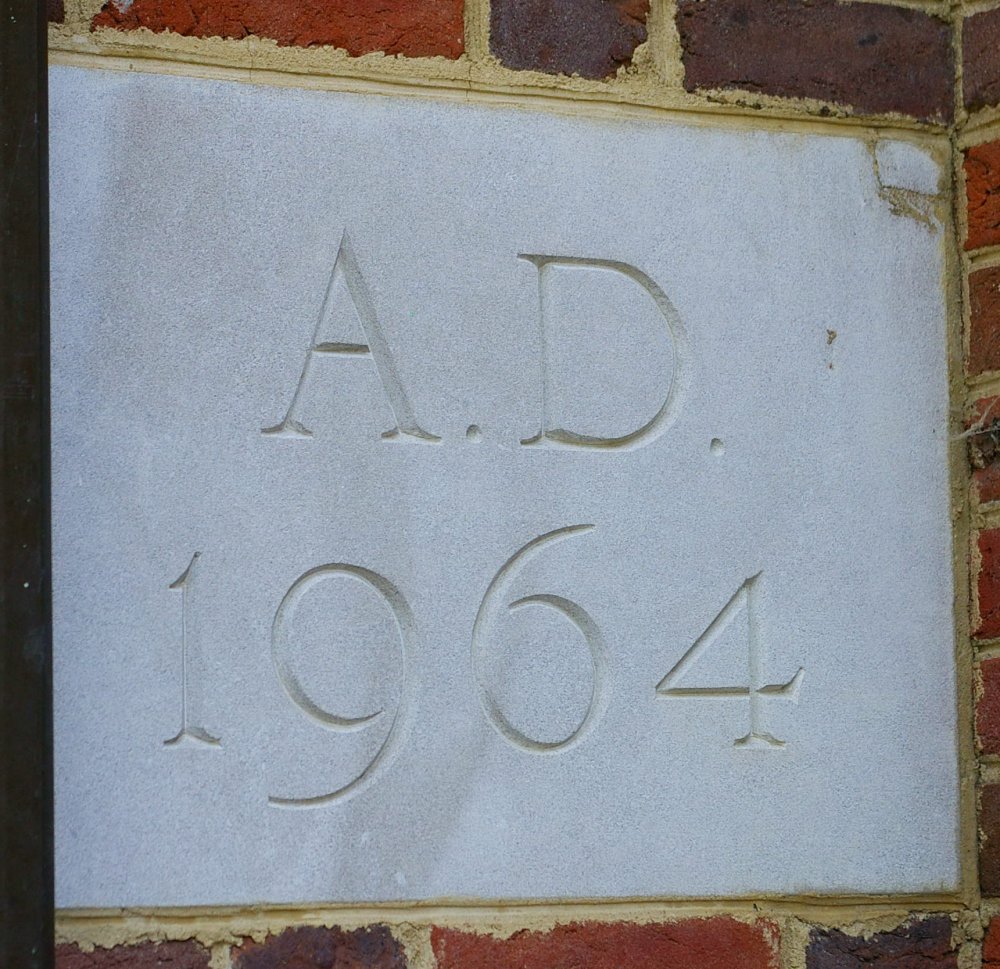 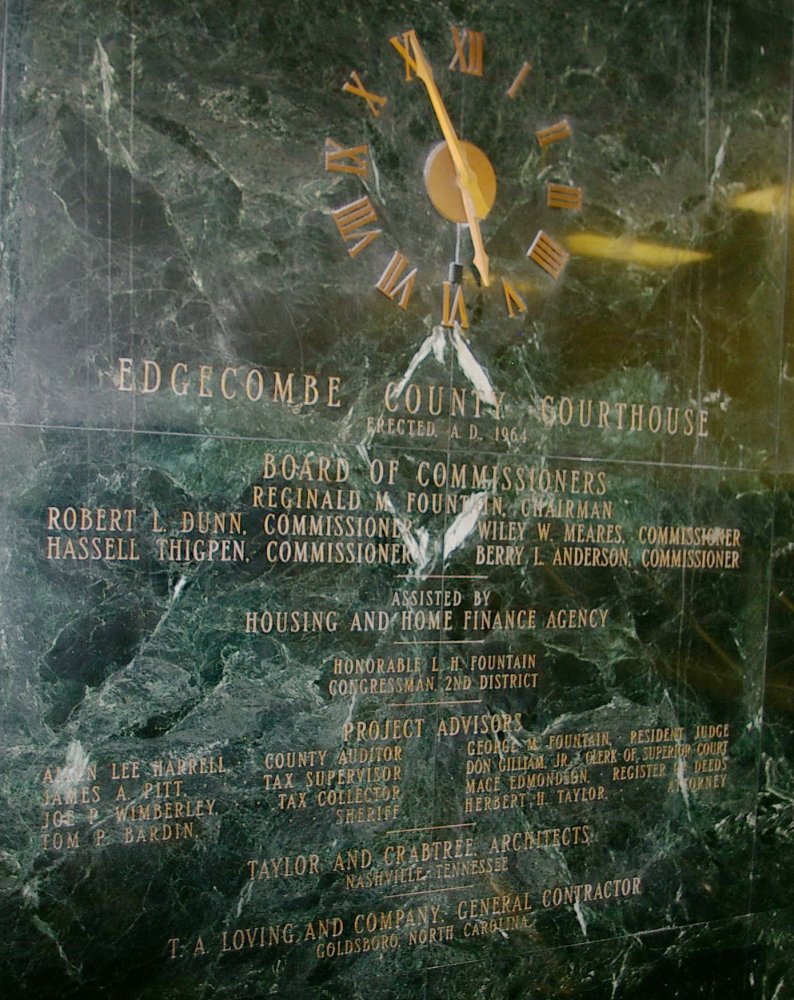