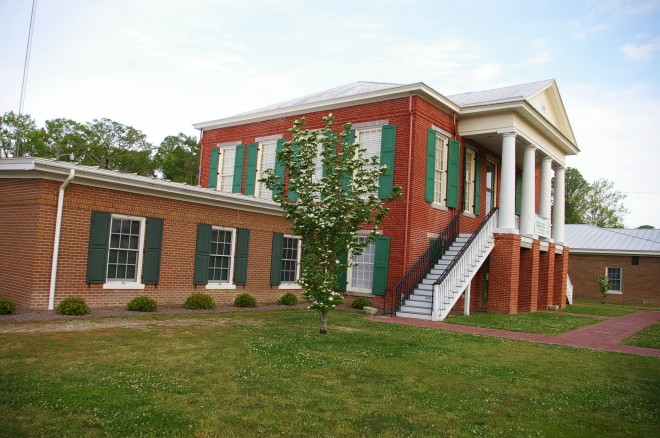 Camden County is named for Charles Pratt, who was the 1st Earl Camden and who opposed the taxation of the American colonies.

Description:  The building faces northeast and is a two story red colored brick and wood structure. The square shaped building is located on landscaped grounds in the center of Camden. The northeast front has a large portico with red colored brick pillars on the first story and four white colored Doric columns rising to a wide pediment at the roof line. Stairs ascend on either side of the front. There are green colored shutters on the large windows. The roof is hipped. The courtroom occupies most of the second story. In 1898 the building was fire proofed. On the south side is a one story addition and on the north side is another one story addition and the County Courthouse Annex. The courthouse was renovated in 1960. The architect was Hagar Smith Design, PA and the contractor was Progressive Contracting Company, Inc. On the south side of the old courthouse is the two story red colored brick jail which was constructed in 1910 by Southwest Jail Builders Company and Stewart Jail Works Company 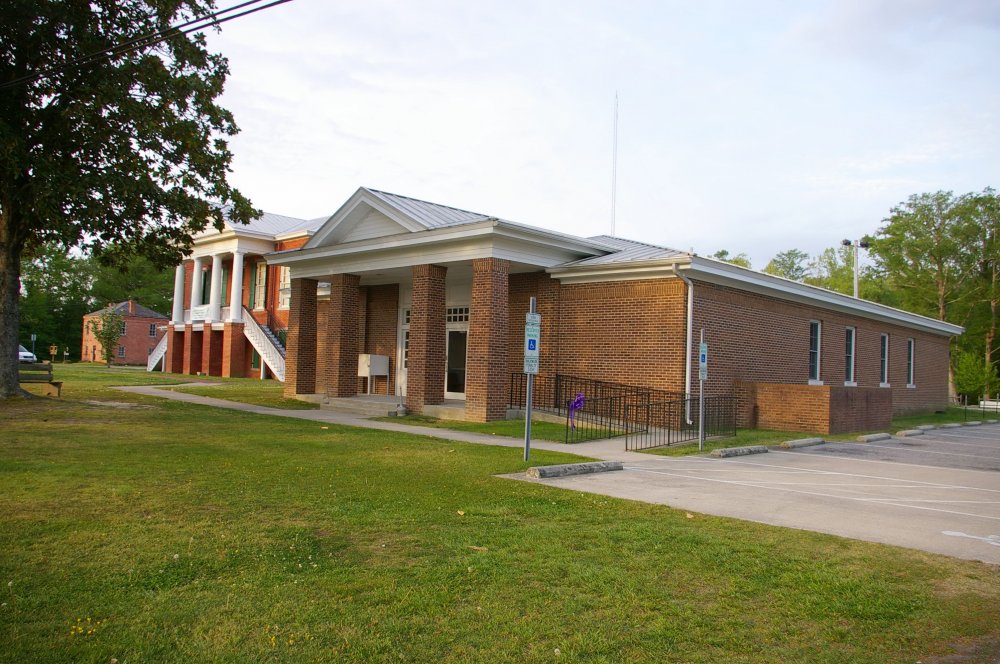 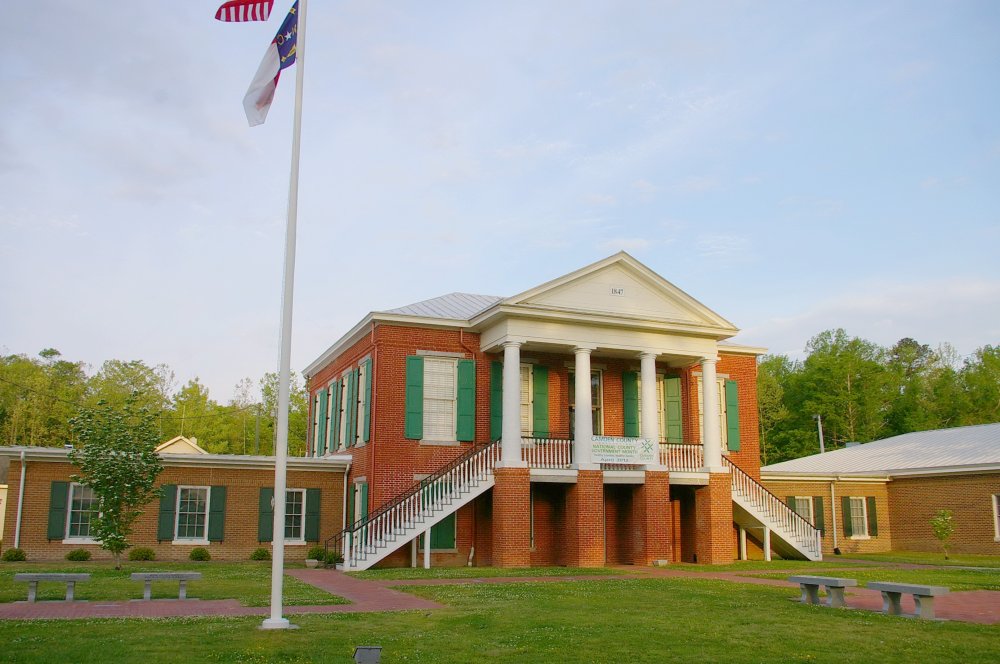 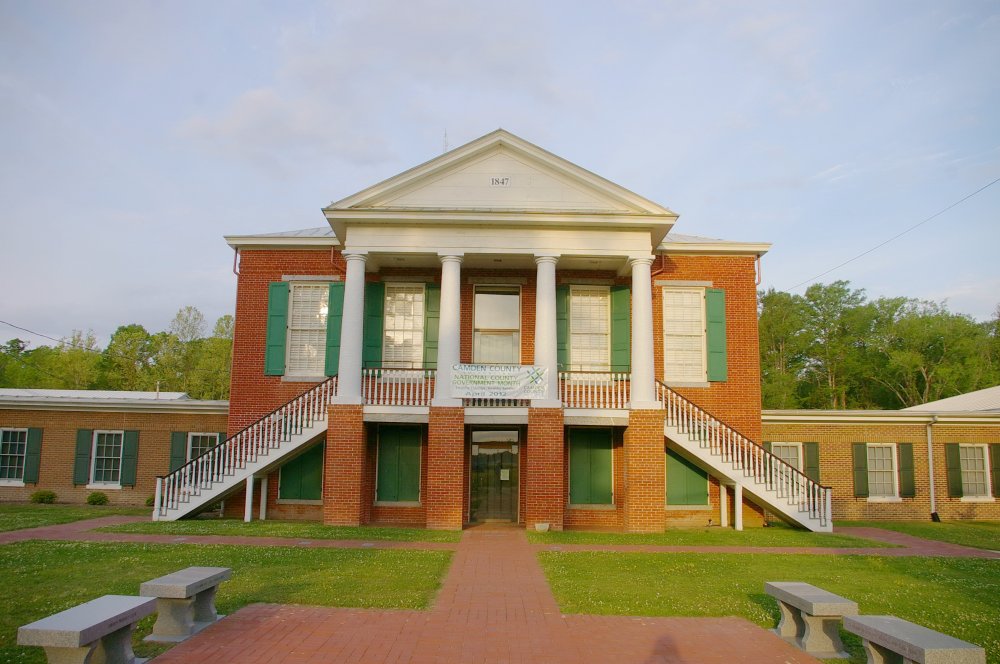 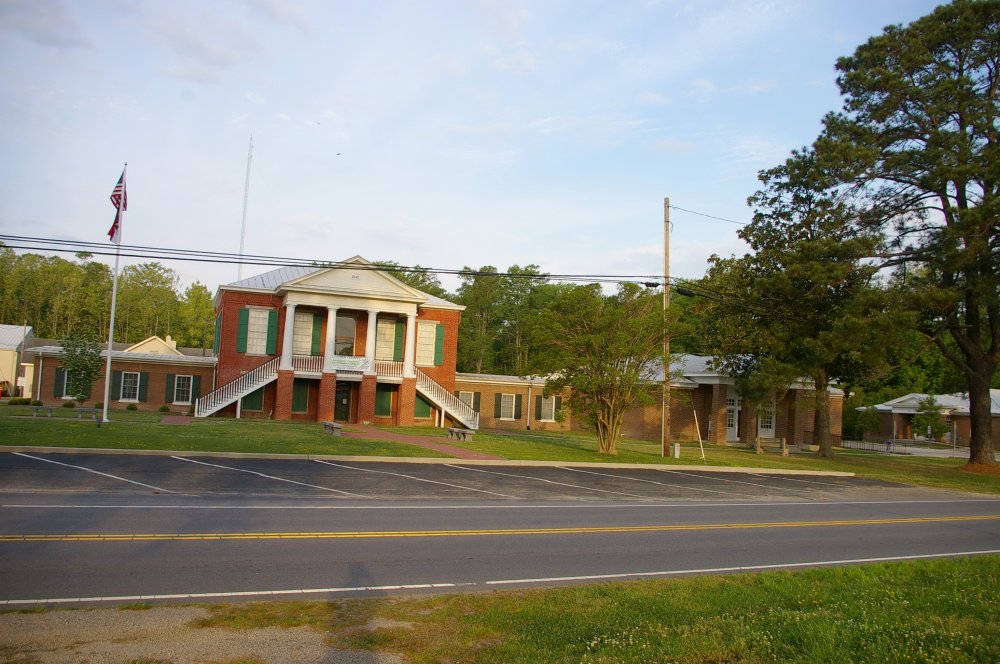 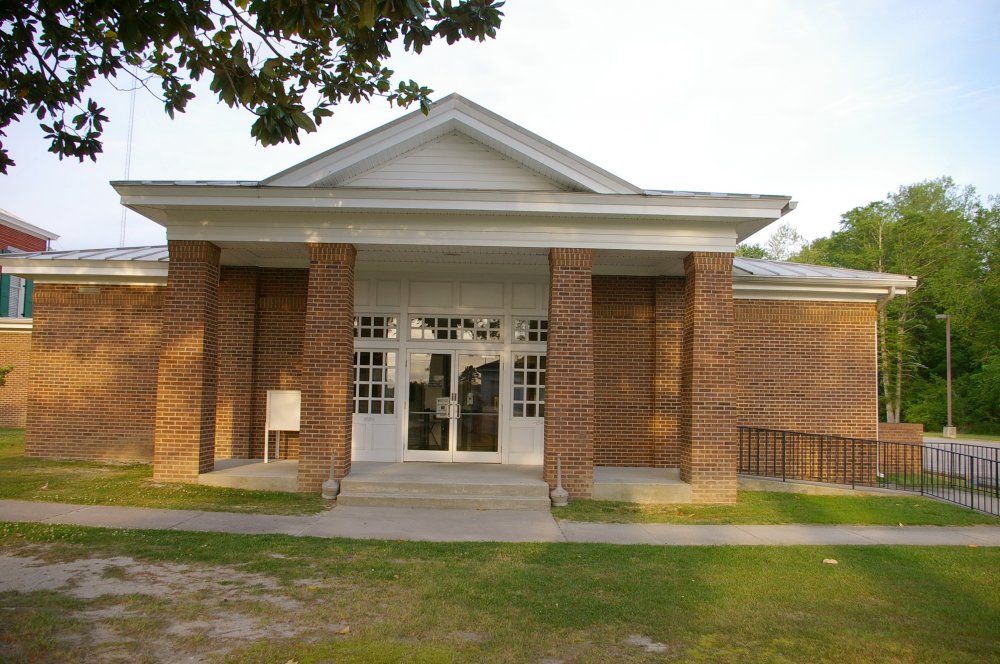 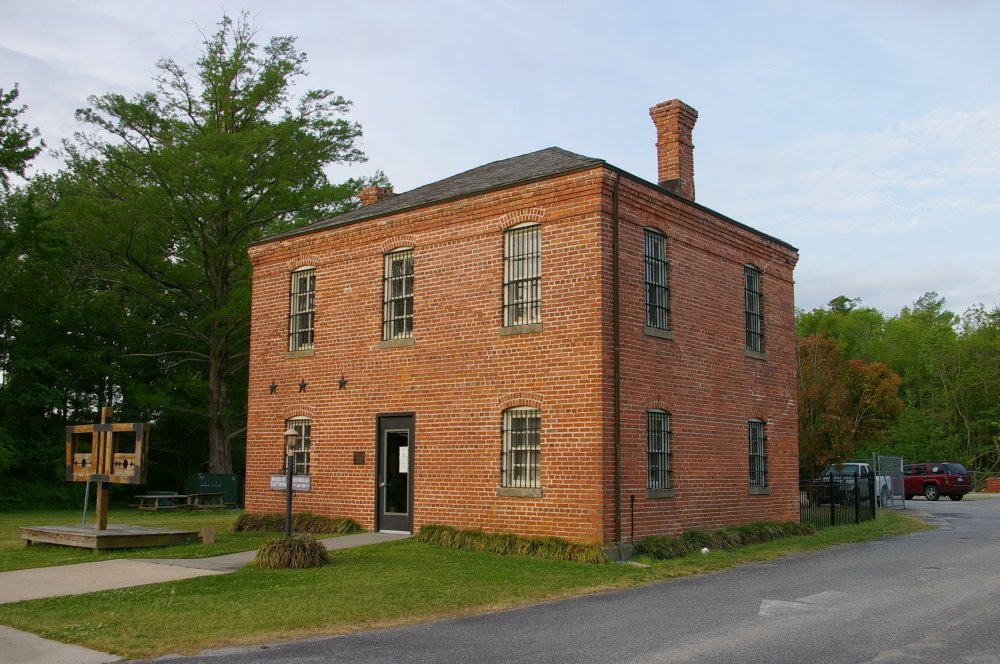 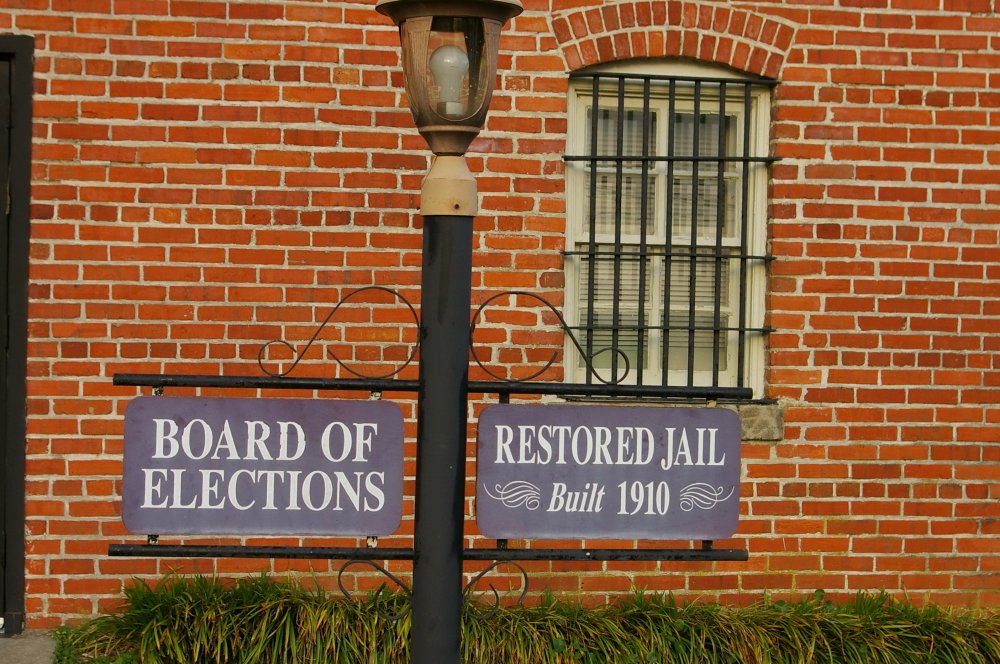 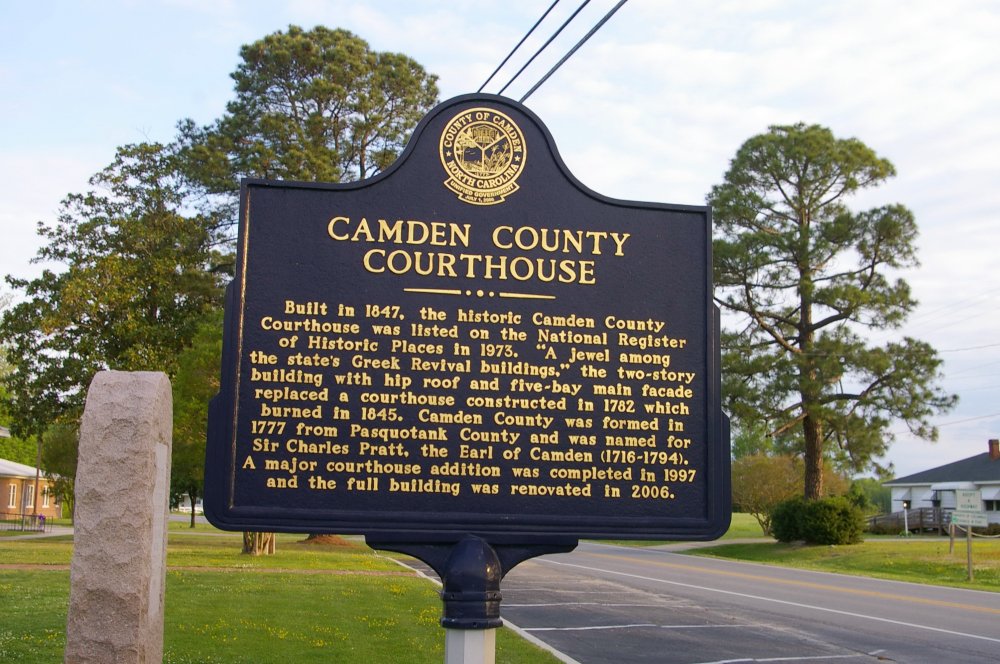