Buncombe County is named for Edward Buncombe, who was a soldier during the American Revolutionary War and was captured at the Battle of Germantown.

Contractor:  The Angle-Blackford Company of Greensboro

Description:  The building faces west and is a fifreen story brick, steel and concrete structure. The building is located on landscaped grounds in the center of Asheville. The west front has a slightly projecting three story portico with four columns rising to a wide header. The building rises in tiers with a wide cornice above the third story, recessed west front and wide cornice above the sixth story and recessed center section. There are six columns rising four stories near the top of the building. The roof line is flat. The interior lobby contains a sweeping marble staircase, bronze and glass screens, a coffered ceiling with ornate plasterwork and a mosaic tile floor that echoes the ceiling’s tones. The building houses the County Superior Court and County District Court of the 28th Judicial District. On the south side of the present courthouse stands the large ornate Asheville City Hall. 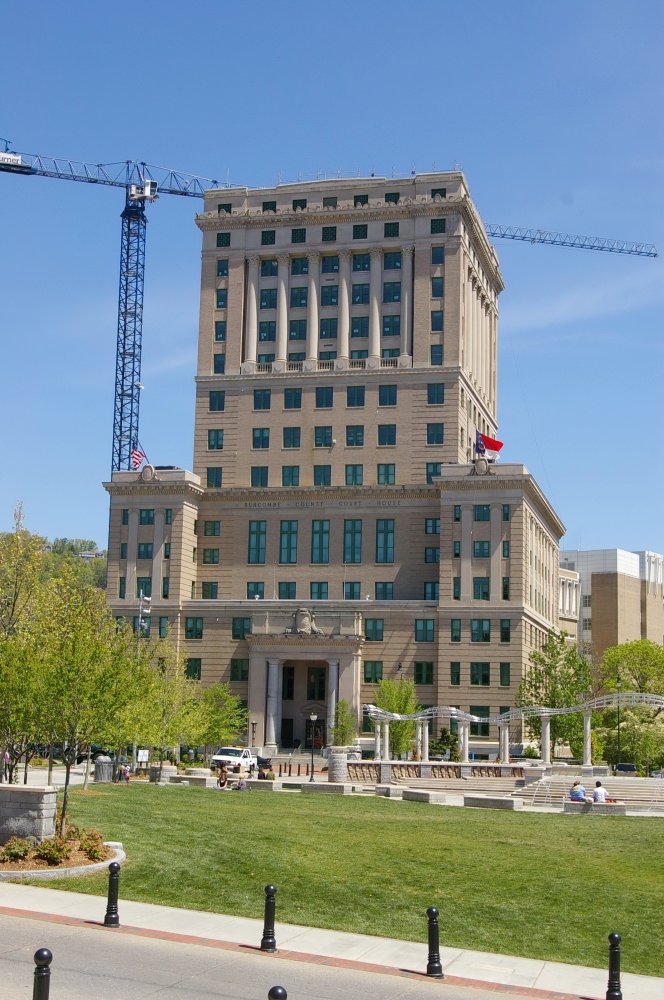 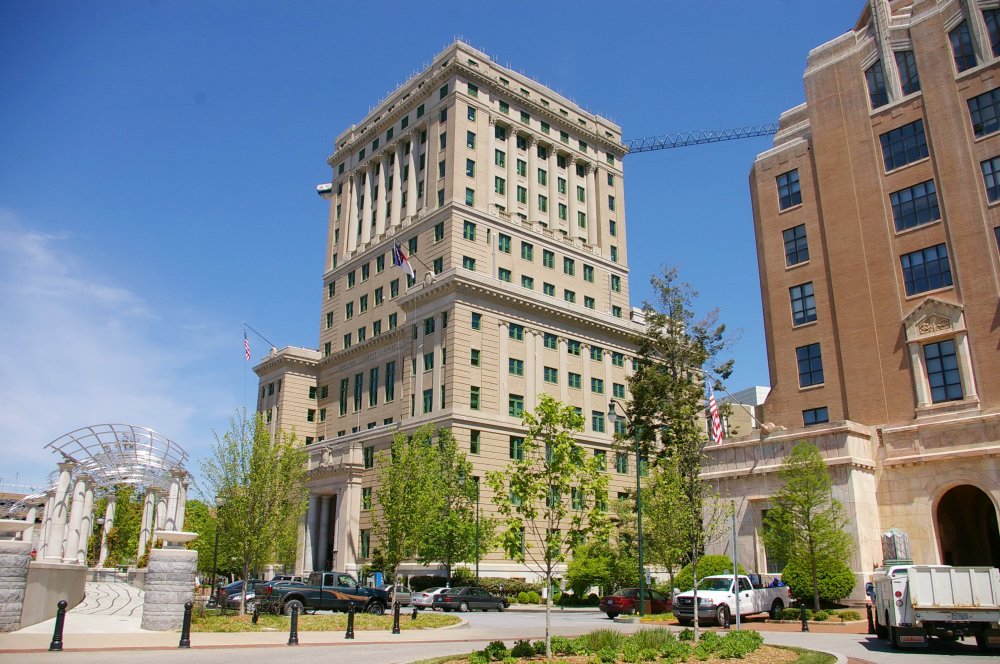 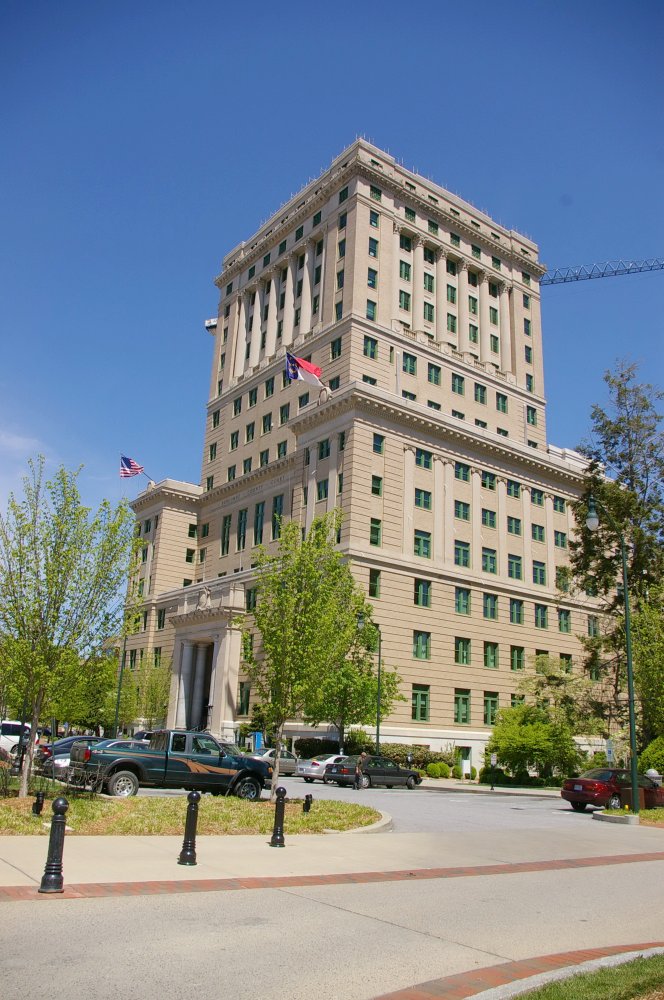 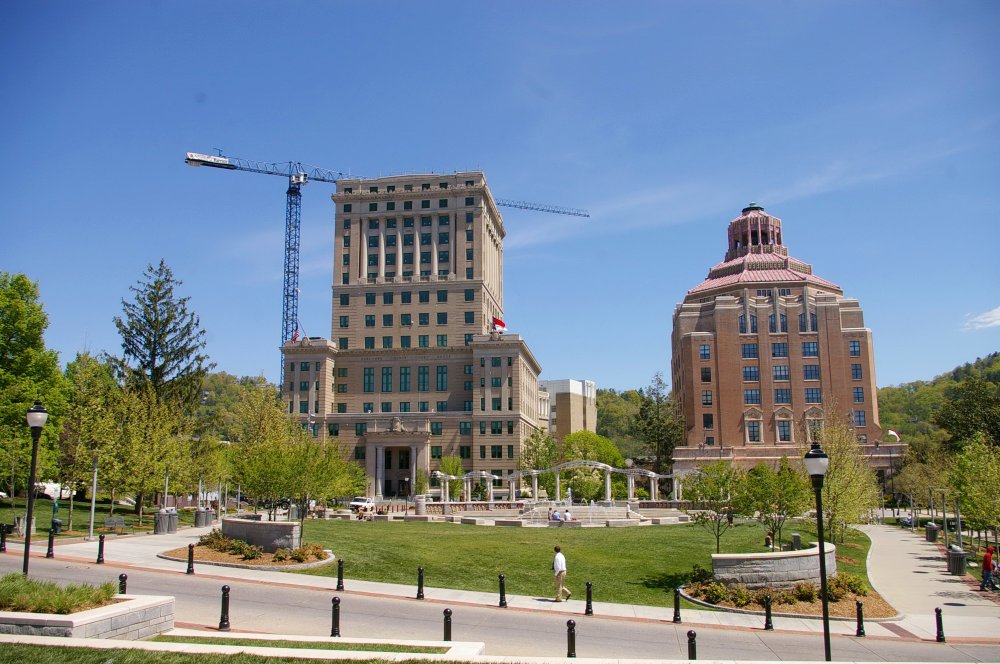