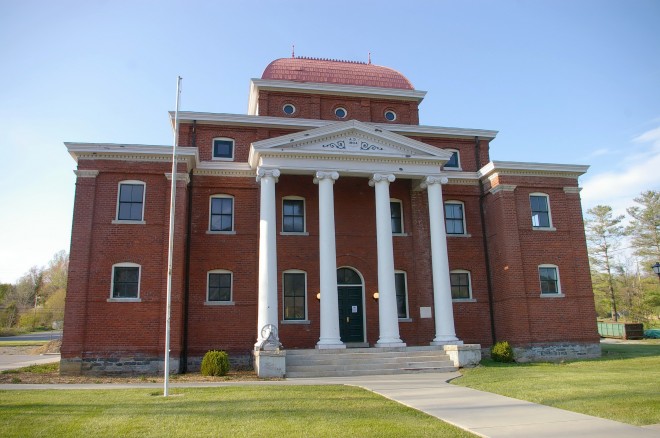 Ashe County is named for Samuel Ashe, who was a Revolutionary patriot, superior court judge and governor of North Carolina.

Description:  The building faces south and is a three story red colored brick and concrete structure. The building is located on spacious landscape grounds in the center of Jefferson. The south front has a high portico with four white colored columns rising to a pediment. The third story is recessed and at the top is a section with three round windows and a red colored roof. The roof is hipped. The former courtroom is located on the second story. 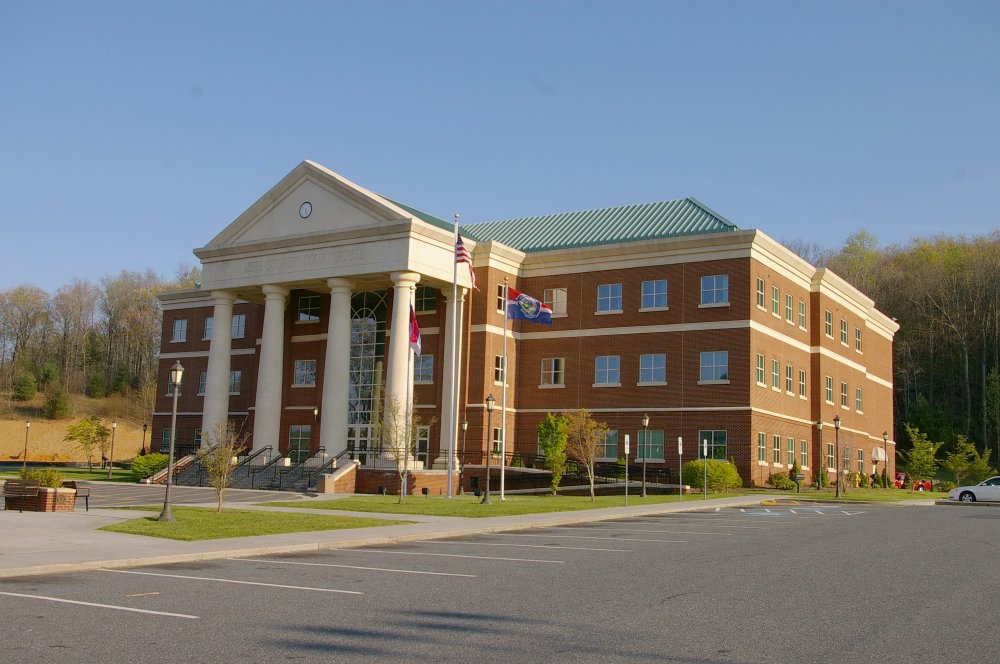 Description:  The building faces north and is a three story red colored brick and concrete structure. The building is located on landscaped grounds to the southeast of the center of Jefferson. The north front projects from the main building and has a large portico with four columns rising to a pediment at the roof line. The green colored roof is sloped. The building houses the County Superior Court and County District Court of the 23rd Judicial District. 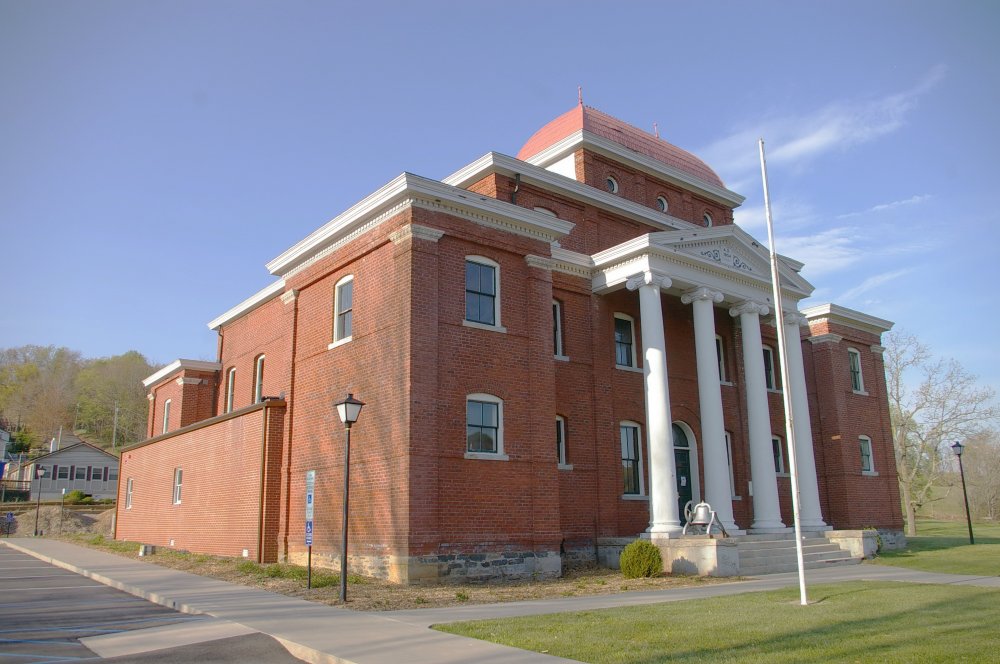 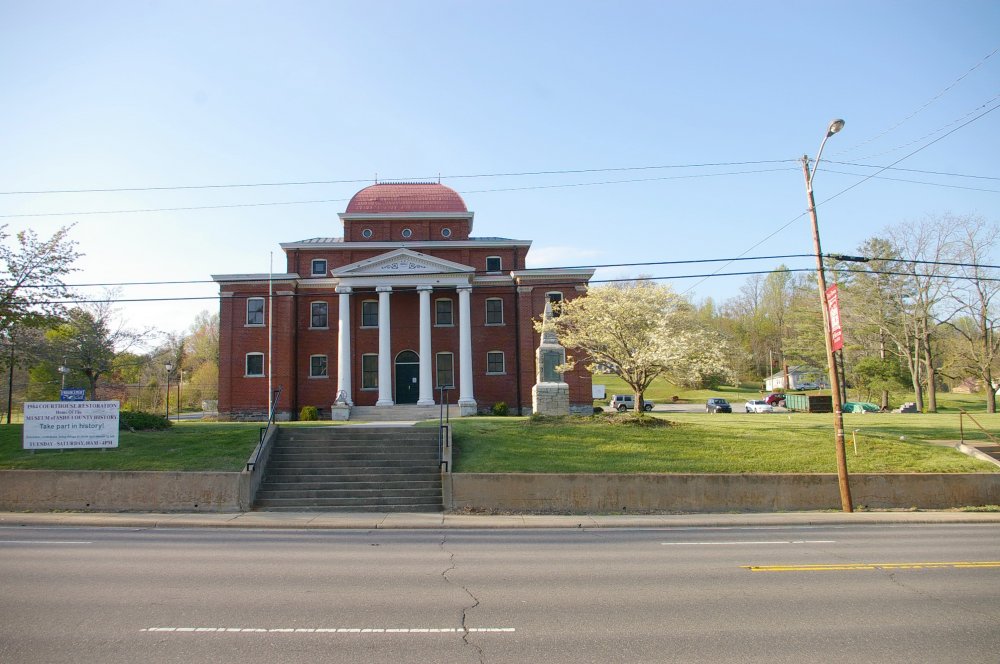 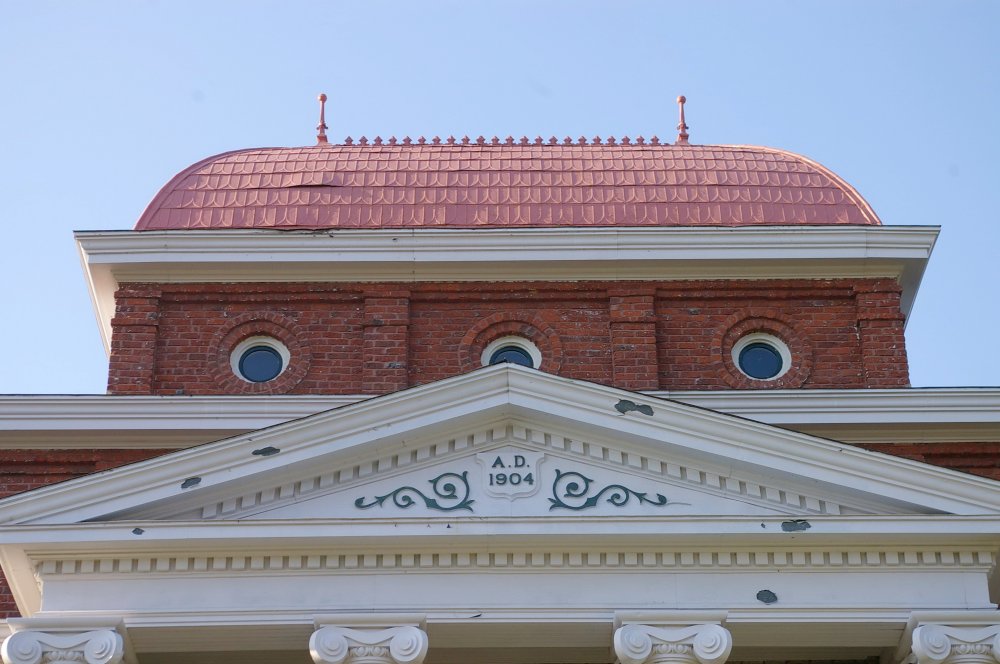 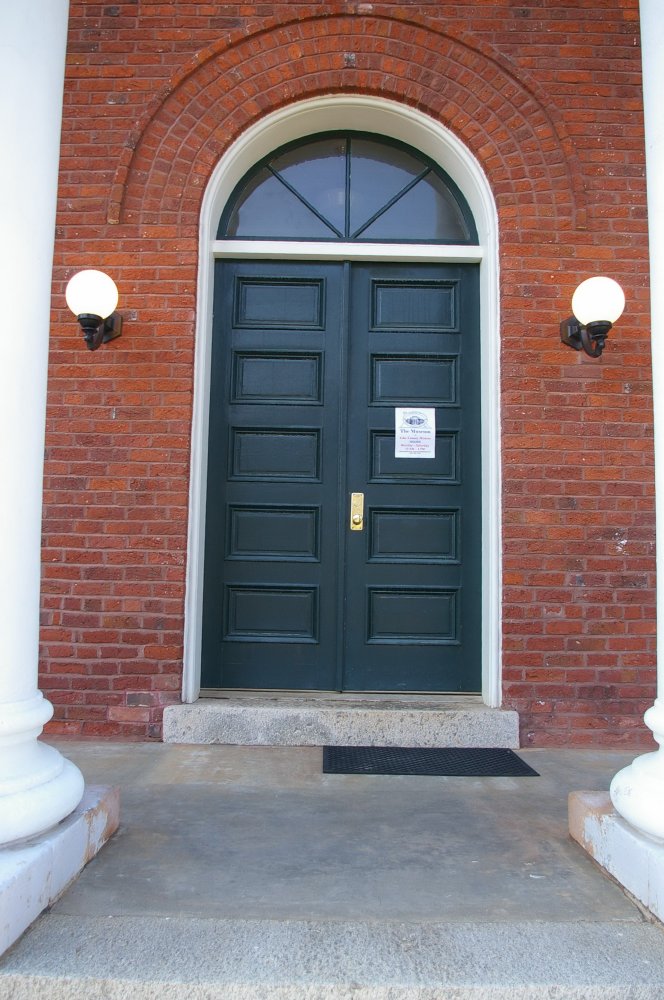 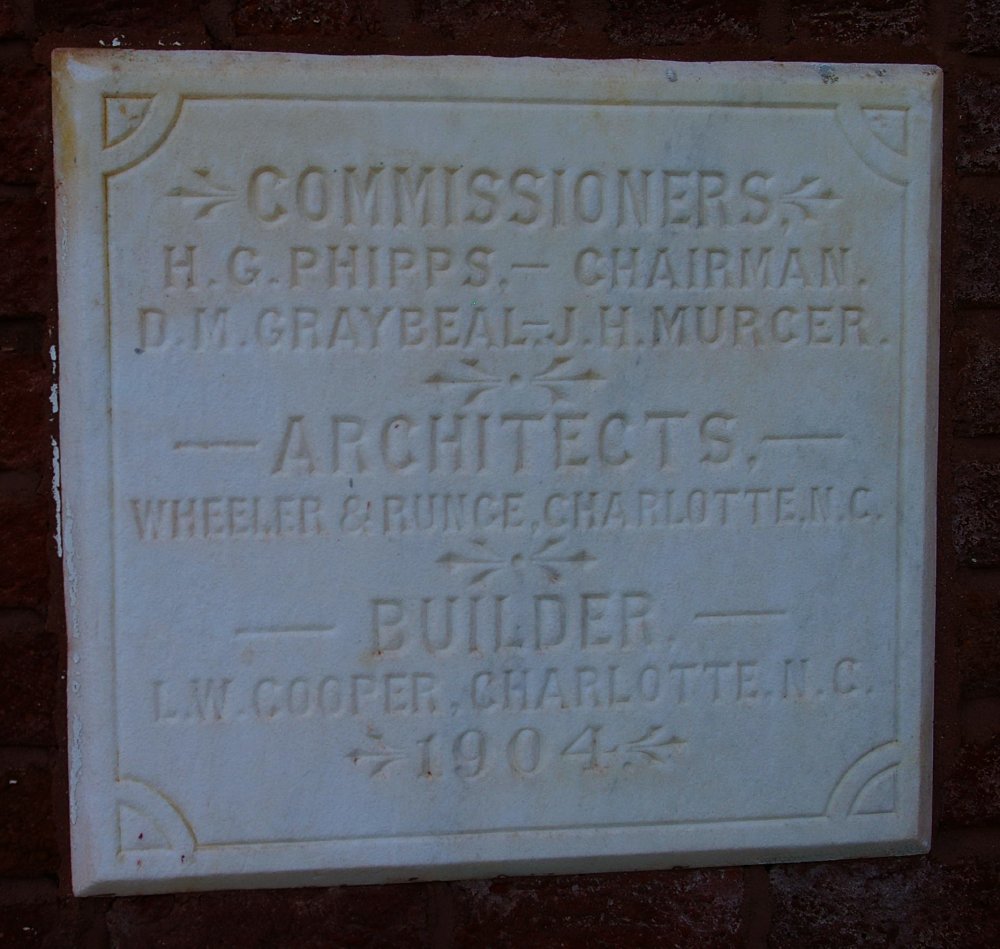 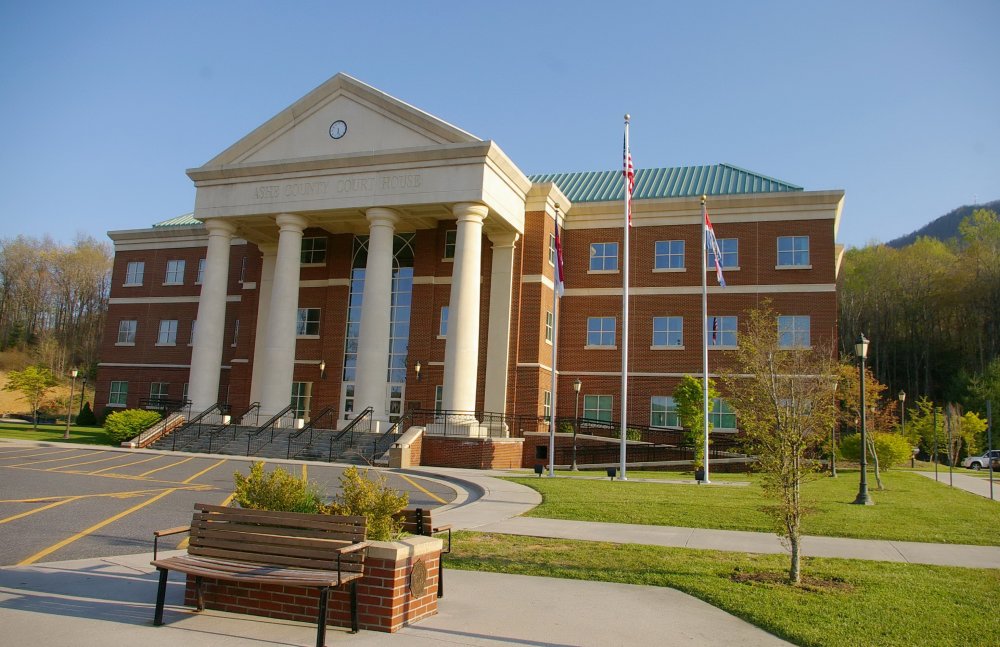 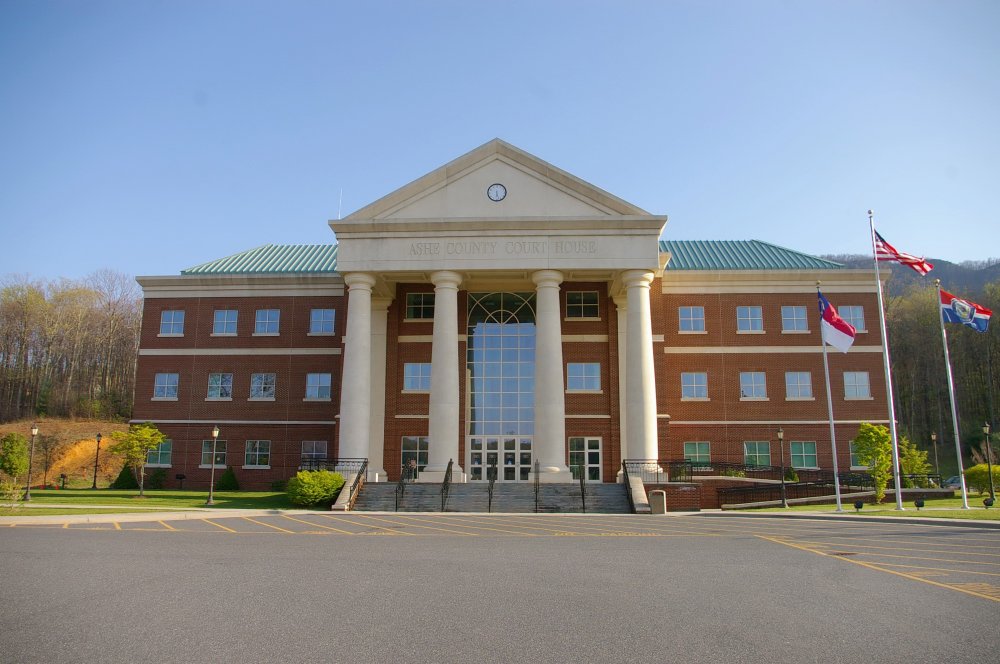 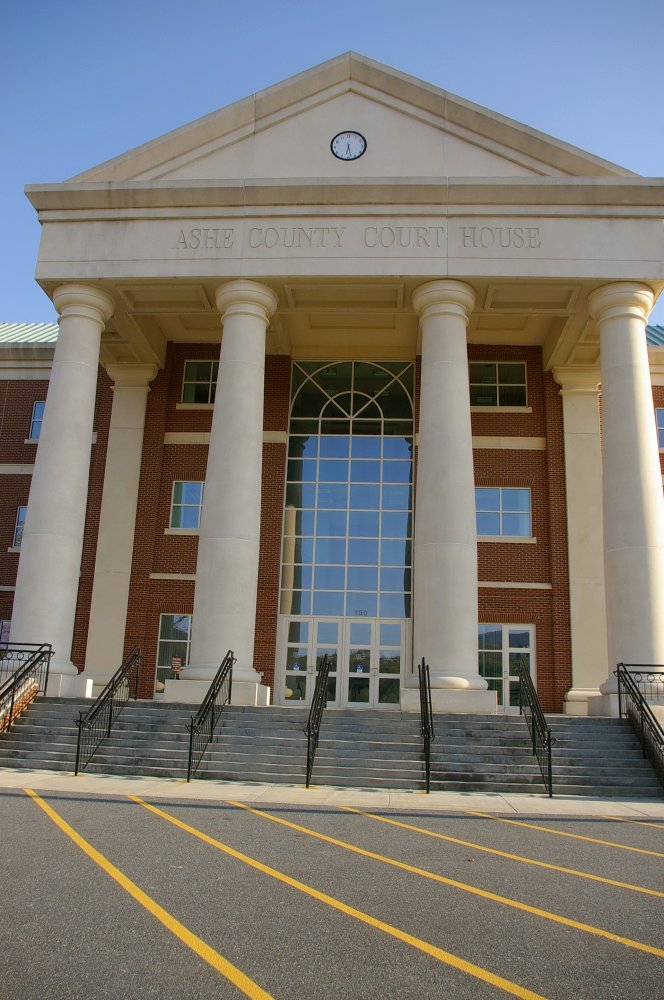 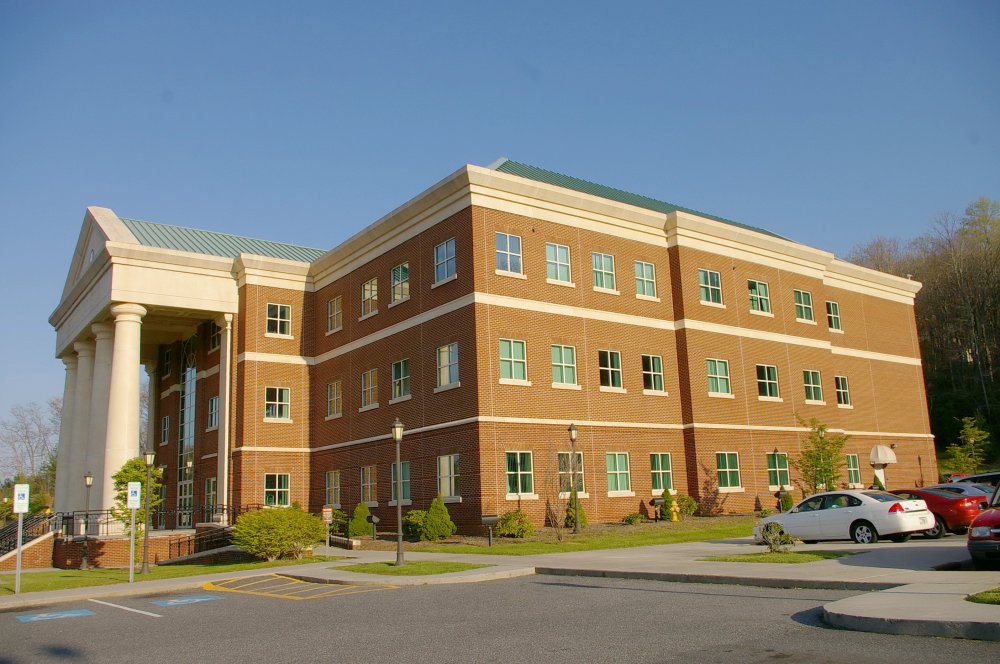 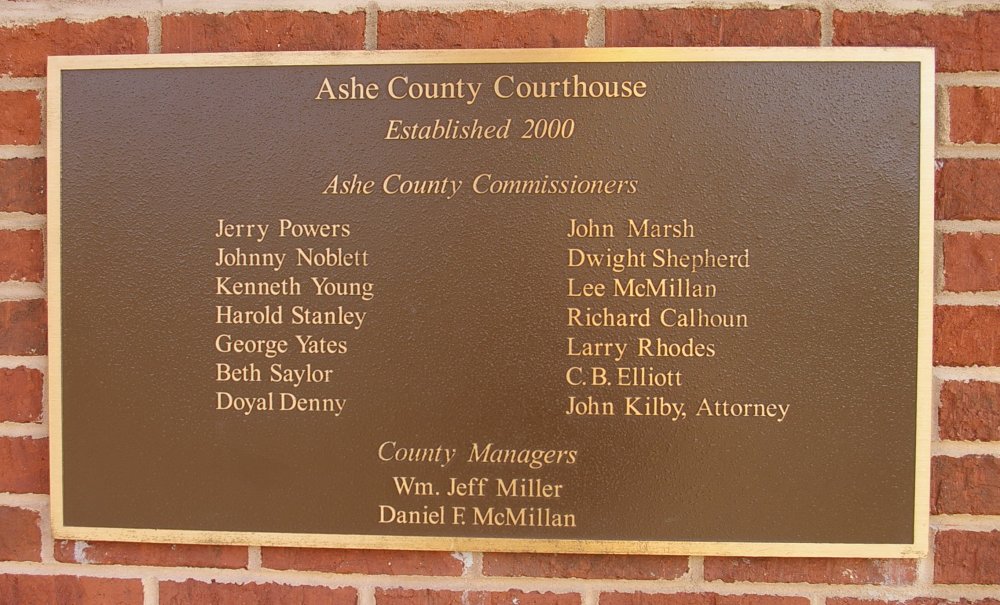