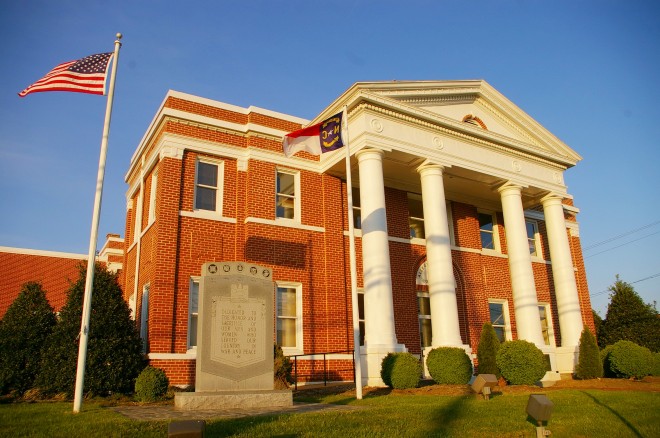 Alleghany County is named for the corruption of the Delaware Native American name for the Allegheny and Ohio Rivers and means “a fine stream”.

Description:  The building faces southwest and is a two story red colored brick and concrete structure. The building is located on landscaped grounds in the center of Sparta. The southwest front has a large portico with four columns rising to a pediment at the roof line. A horizontal band runs above the top of the second story windows. The roof line is flat. The courtroom is located on the second story. 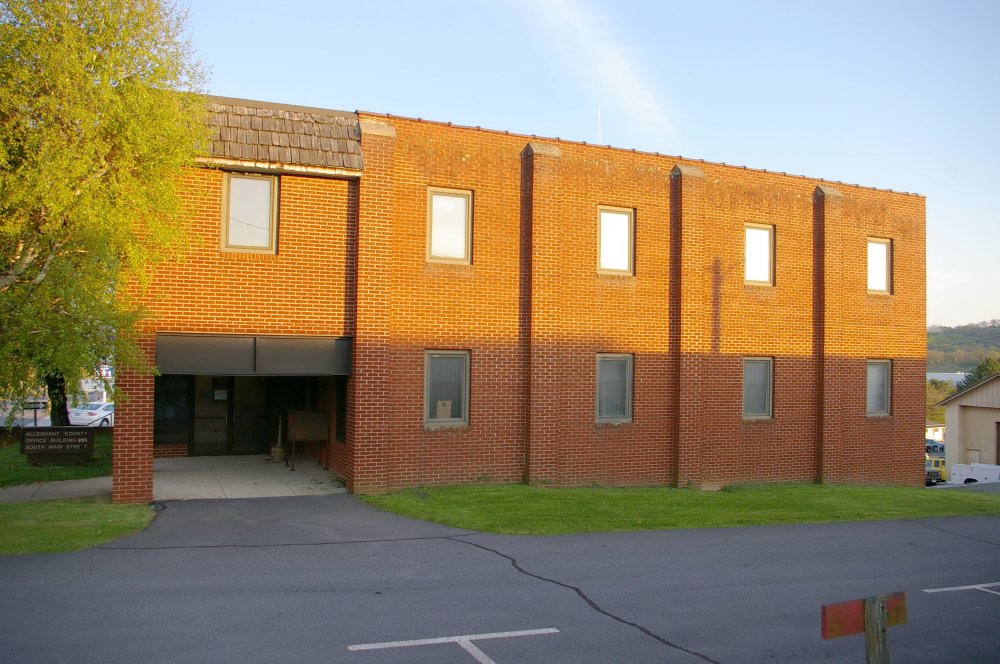 Description:  The building faces northeast and is a two story red colored brick and concrete structure. The recessed entrance is along the east side of the northeast front. The roof line is flat. 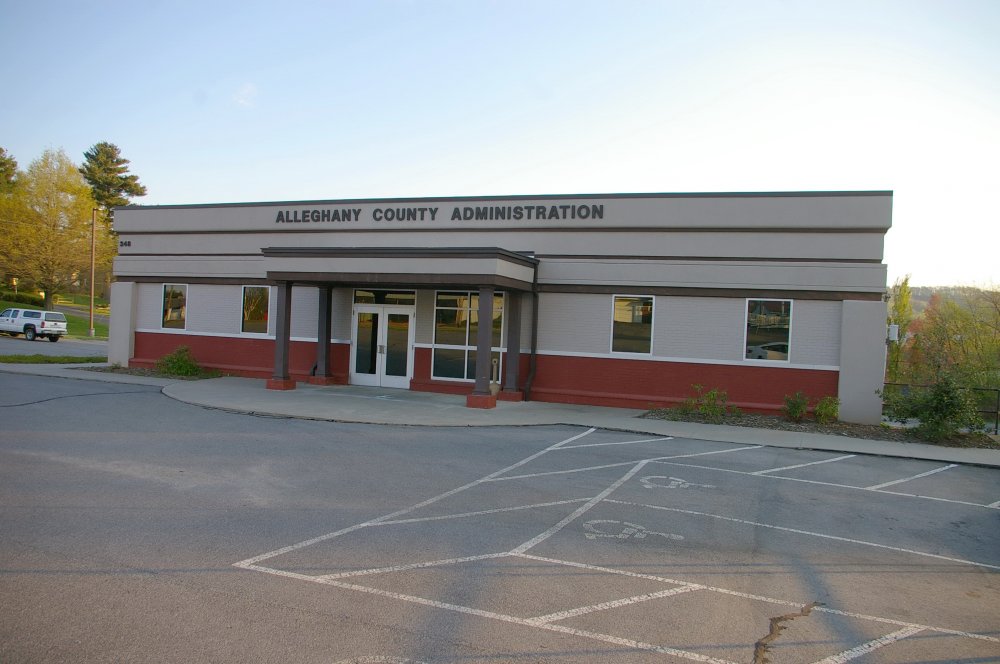 Description:  The building faces north and is a two story concrete structure. The main entrance is on the second story of the north front. The building descends a slope on the south side. The roof line is flat. Plumbing was David N Shultz Associates and the electrical was K M Armstrong Associates Inc. 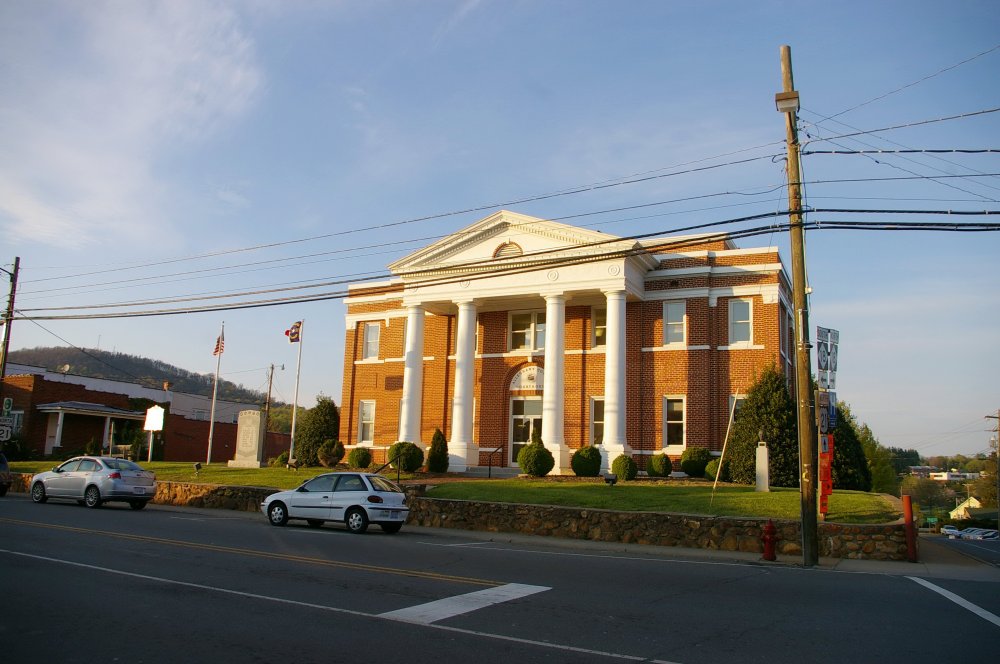 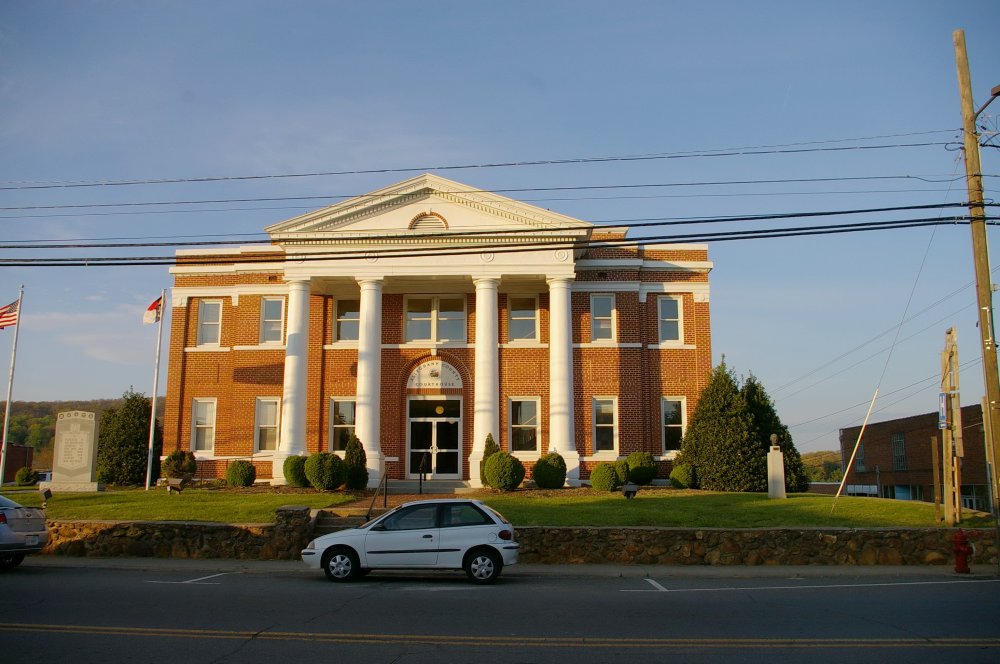 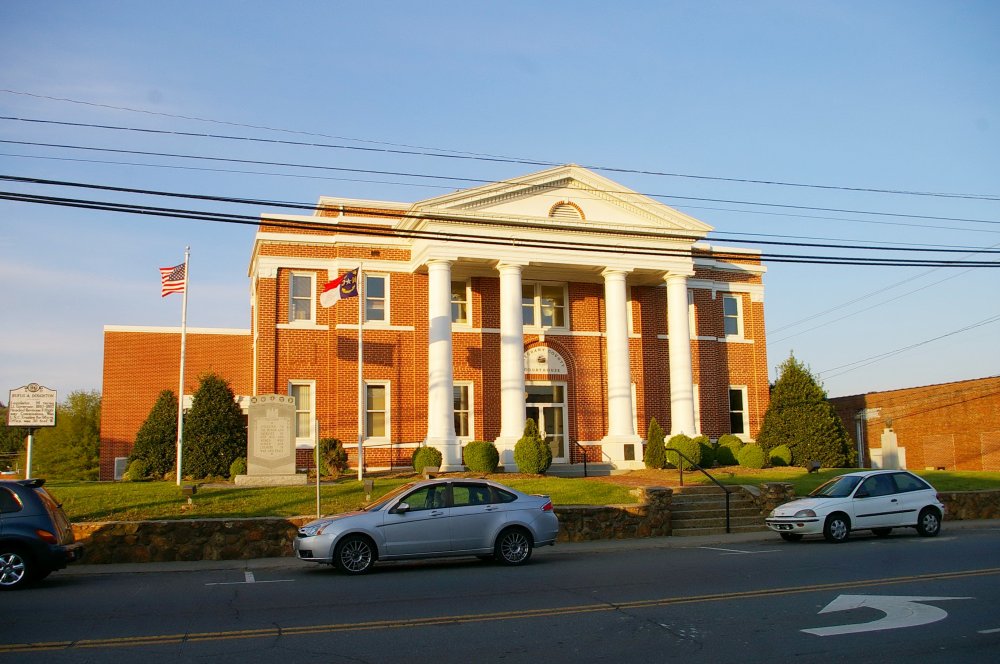 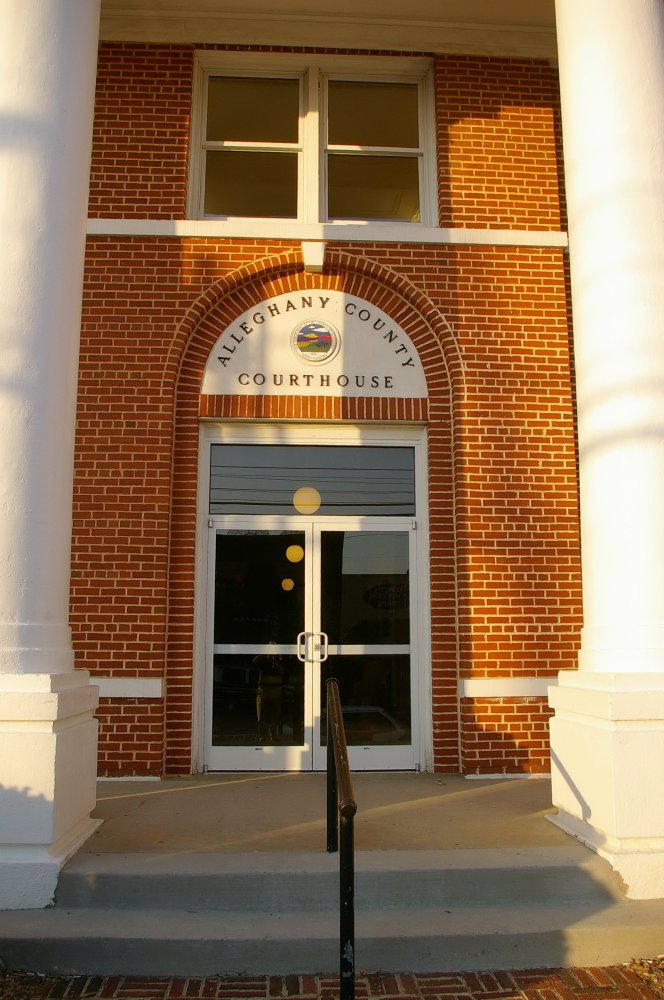 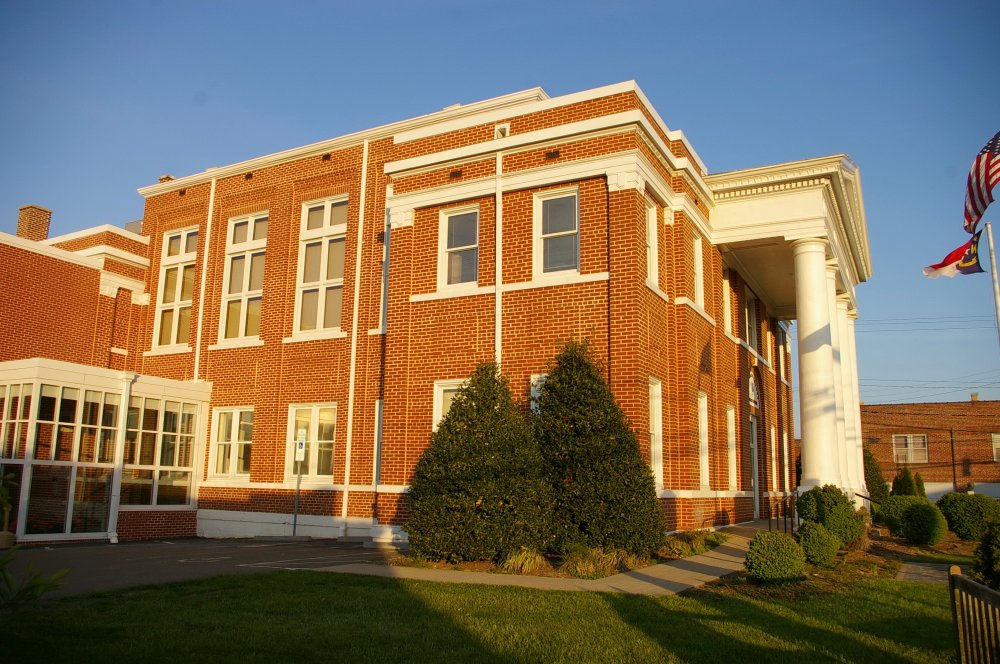 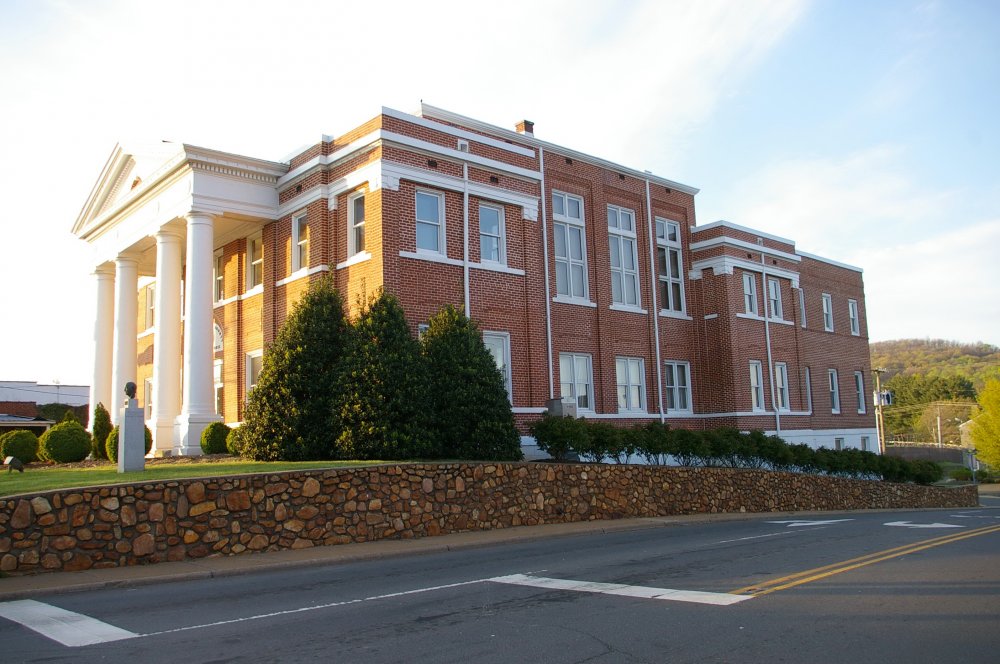 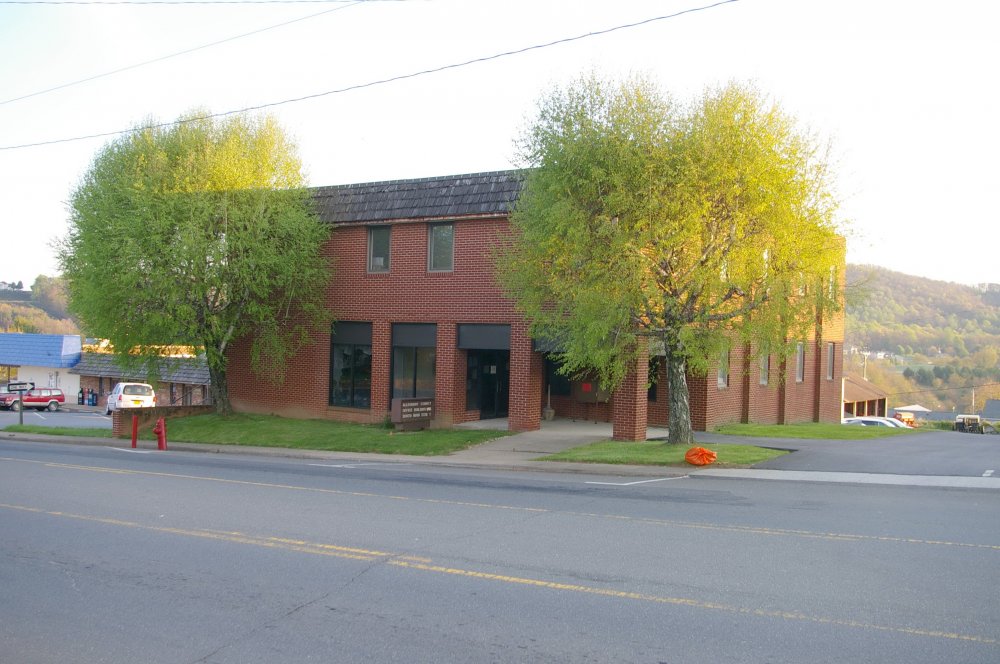