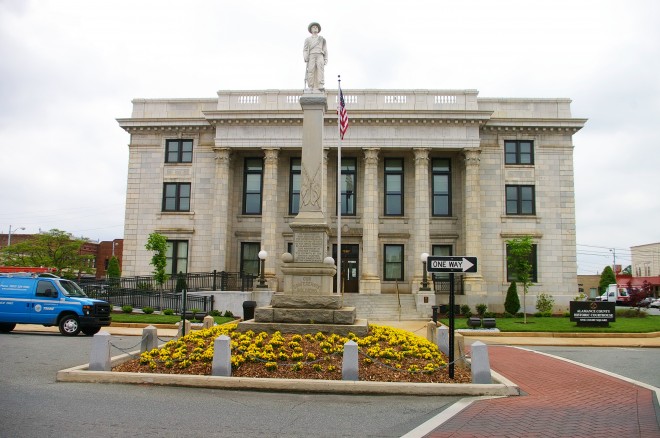 Alamance County is named for the Battle of Alamance, which was derived from the local Native American word meaning “blue clay” as found in the Great Alamance Creek.

Description:  The building faces north and is a threer story stone and concrete structure. The building is located on landscaped grounds of the Courthouse Circle the center of Graham. The north front has a large portico with four large columns with palmette capitals rising to a wide header with balustrade at the roof line. Columnar iron lamps which frame the entrances to the building. The recessed central entrance is framed with stone. A similar portico is on the south side. The building features terracotta stonework, dental tooth molding, and metal-masonry floors. The roof line is flat. In the interior, the first floor contains offices divided by wide cross halls which meet at an octagonal circulation space A marble medallion radiates from the center of the octagon, and the rest of the floor is laid in mosaic tile. At the ends of the halls are stairs with iron railings which lead to the second story courtroom. This chamber is characterized by fine wood trim in the classical style. Robust moldings, pedimented overdoors, cornices, and raised paneled doors and wainscots enrich the room which has a silk ceiling. The building is named as the Alamance County Historic Courthouse. The building houses the County Superior Court and County District Court of the 15th Judicial District. The building was renovated in 2011. The architect was Roughton Nickelson DeLuca and the contractor was H M Kern Corporation.

Note:  The historic courthouse’s cornerstone was laid on November 17, 1923.  William Arnold and James Lexie Moore, brothers of Sheriff Hallie Moore, dug the foundation for the Historic Courthouse in 1924 using mules and dragpans. 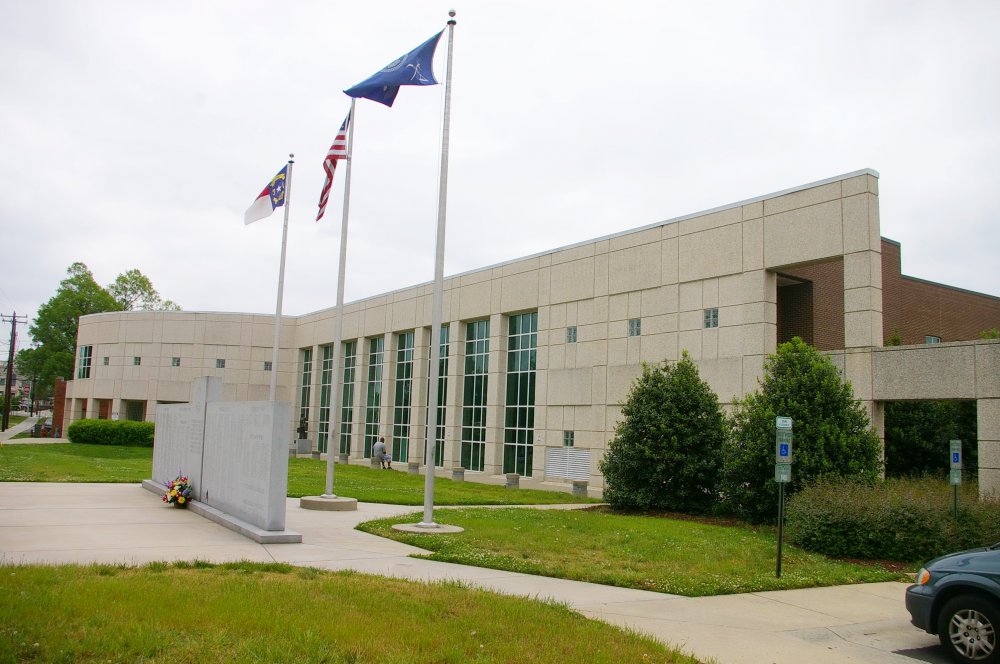 Description:  The building faces north and is a one story stone, red colored brick, concrete and glass structure. The building is located on landscaped grounds in the center of Graham to the west of the courthouse. The north front has stone facing with high vertical windows on the west side and a curved projecting section on the east side with pillars on the first story and the main entrance. The roof line is flat. The building houses the County Superior Court – Criminal and County District Court – Criminal of the 15th Judicial District. The building is connected to the Administration Building on the south side, which was constructed in 1974. 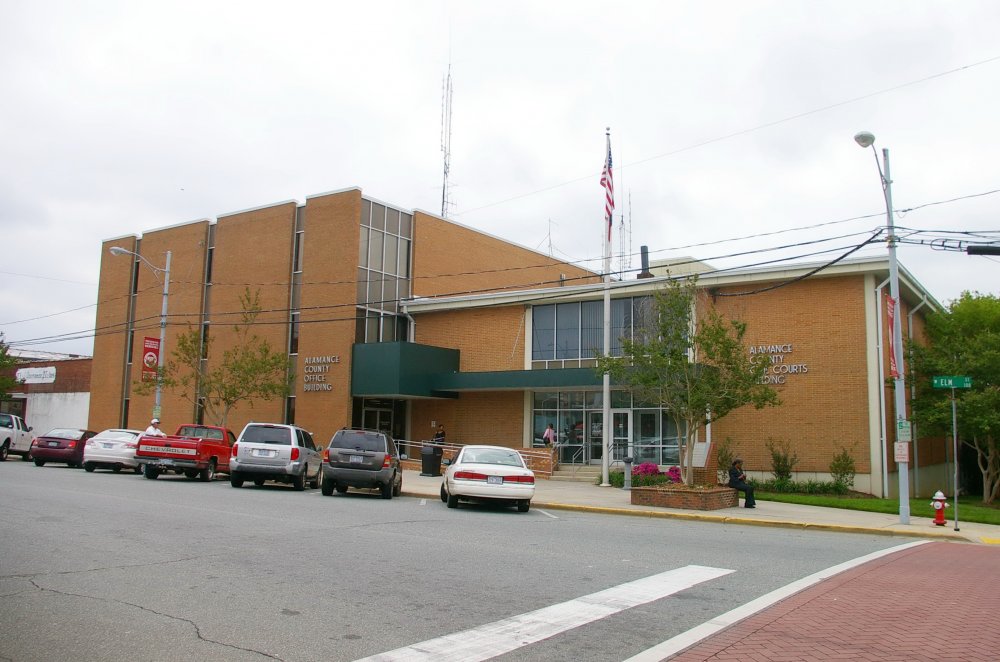 Description:  The building faces north and is a three story red-orange colored brick, concrete and glass structure. The building is located on landscaped grounds in the center of Graham to the west of the courthouse. Known as the Courthouse Annex, the building was renovated in late 2009 and early 2010 and reopened in April 2010 as the Civil Courts Building. The west section is lower and has the entrance on the first story with glass above on the second story. The east section is three stories with narrow vertical windows on the north side. The roof line is flat. The building houses the County District Civil Court of the 15th Judicial District. 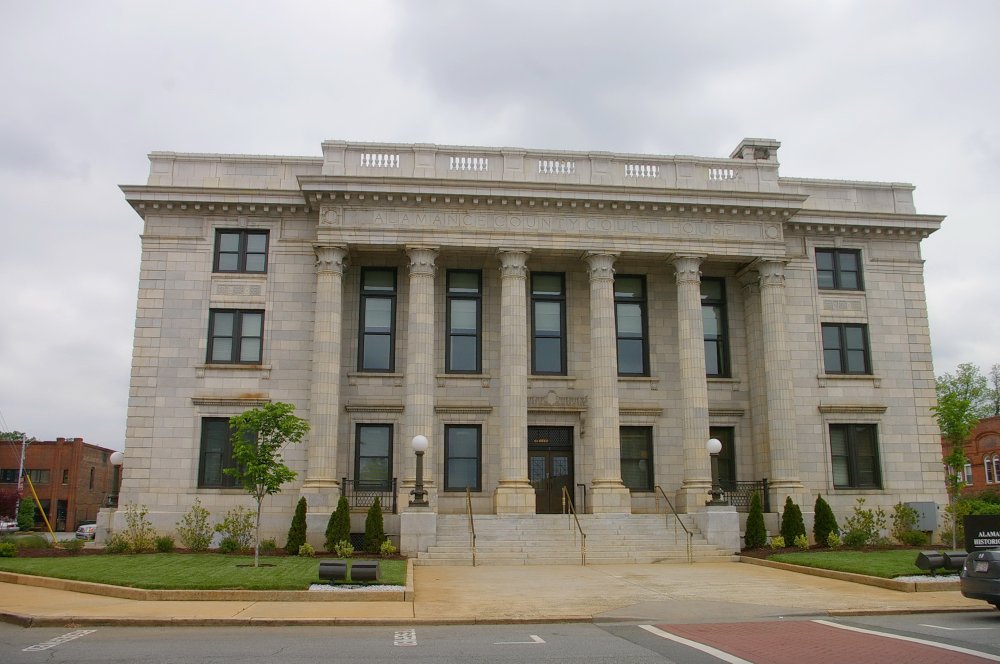 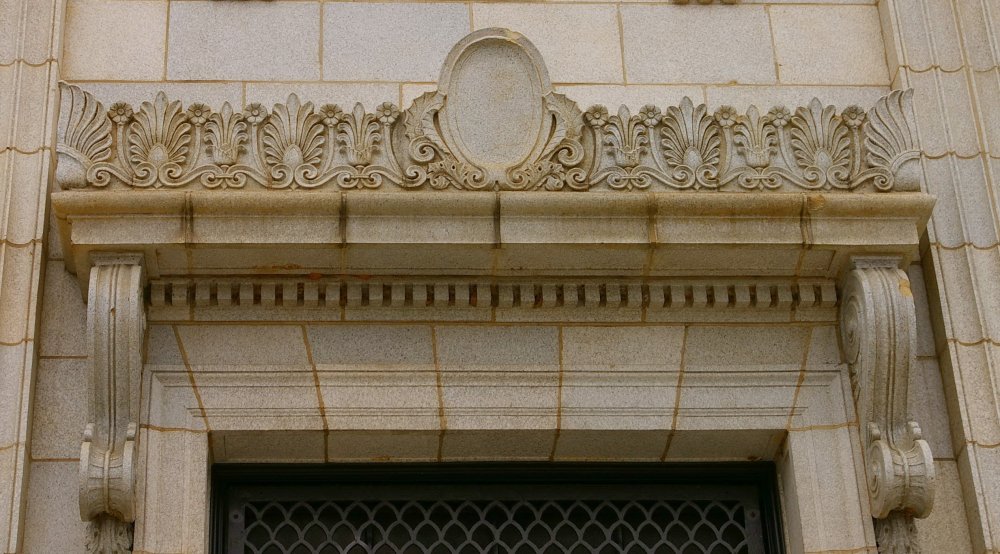 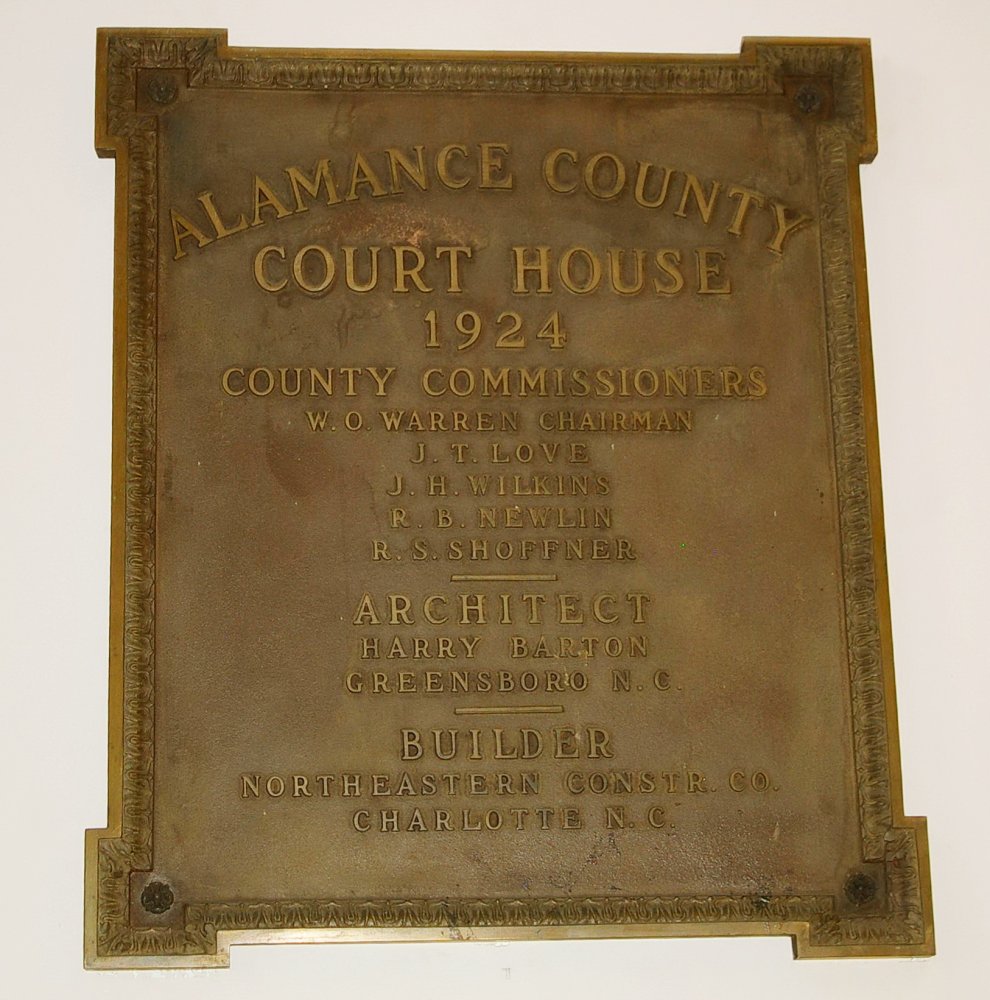 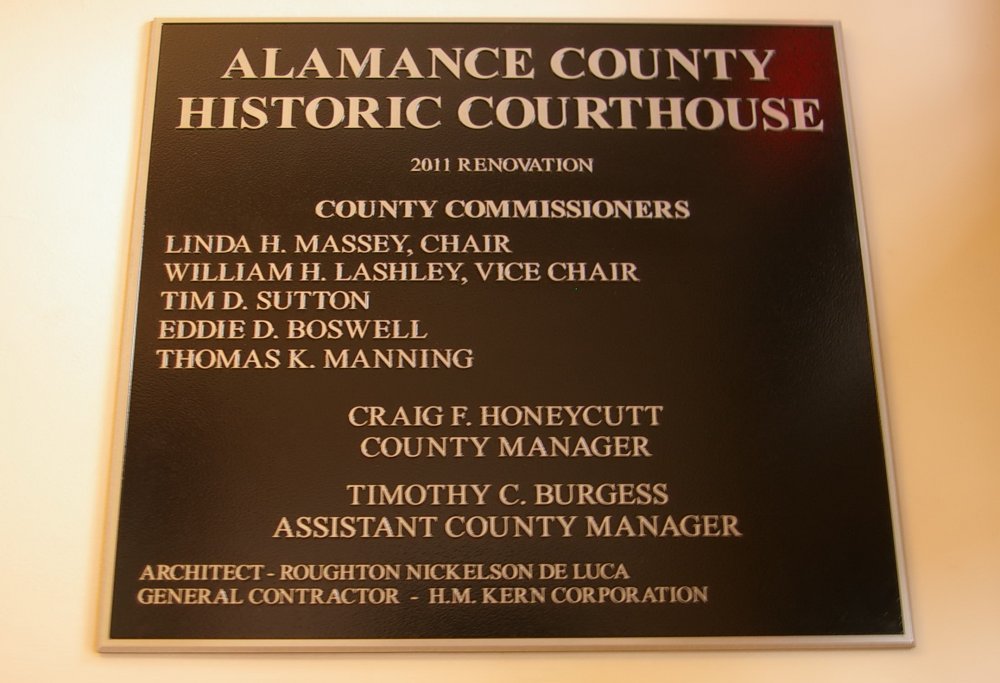 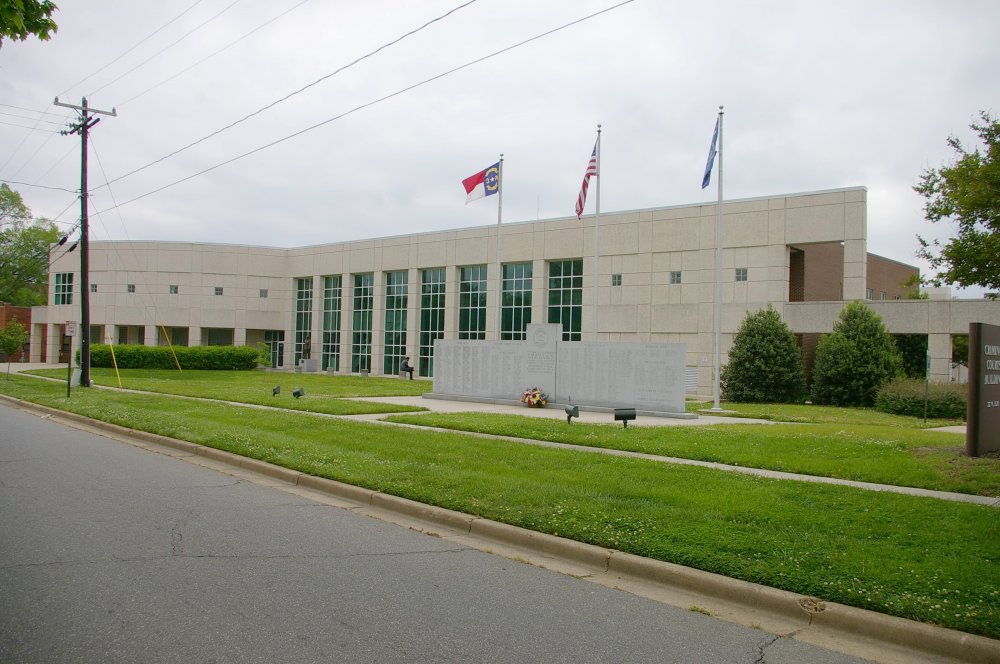 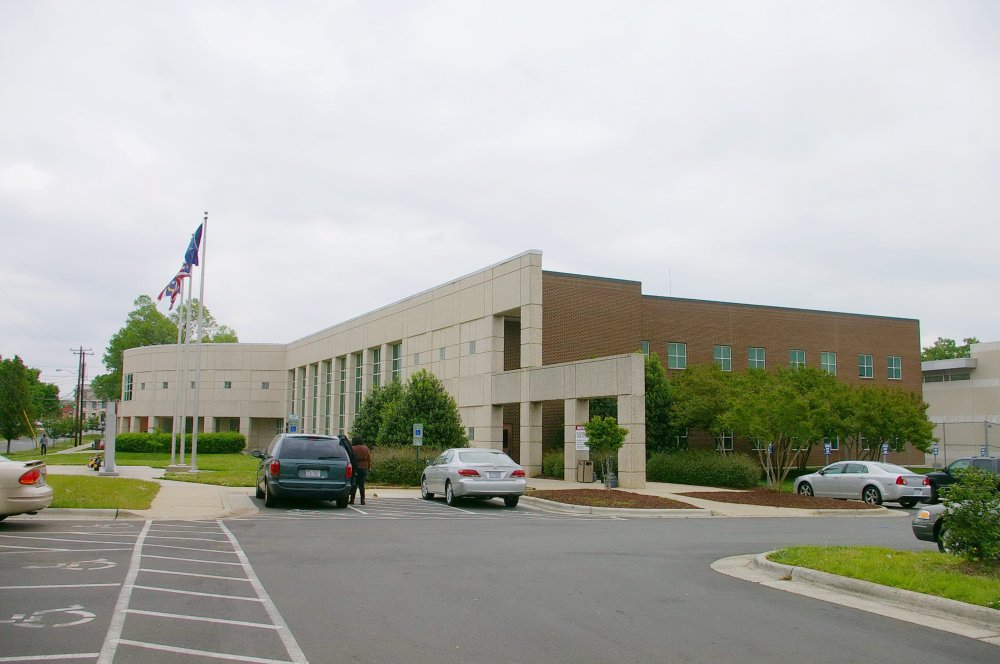 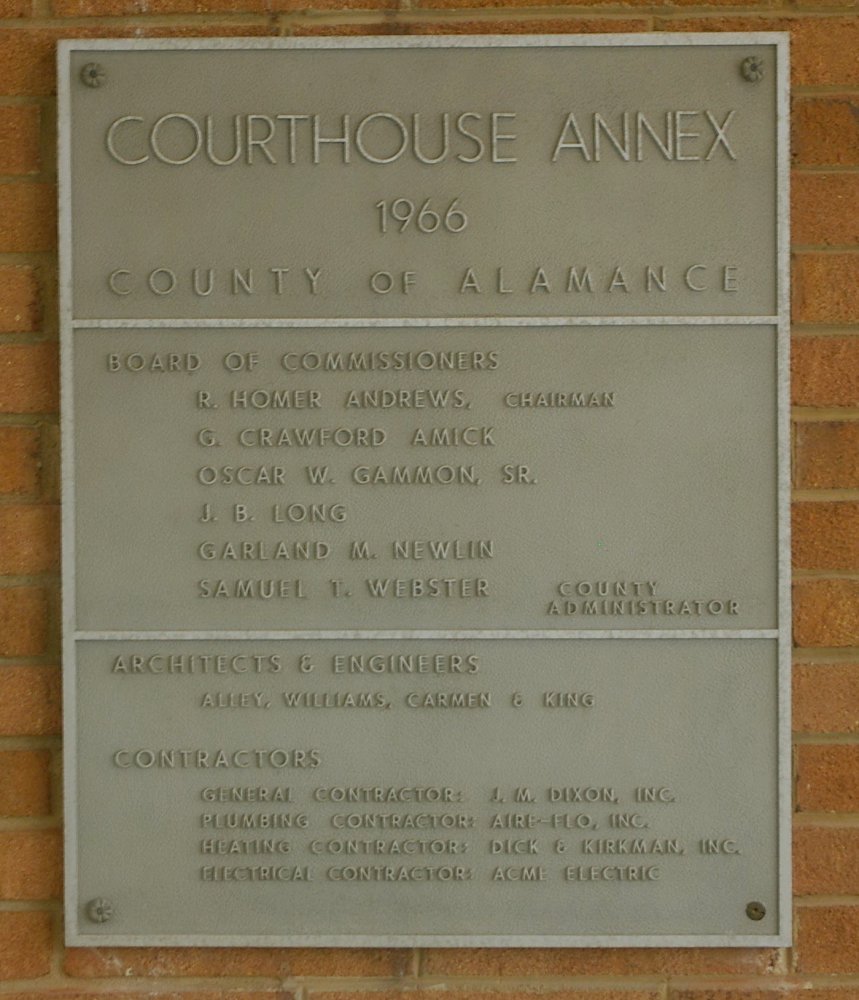