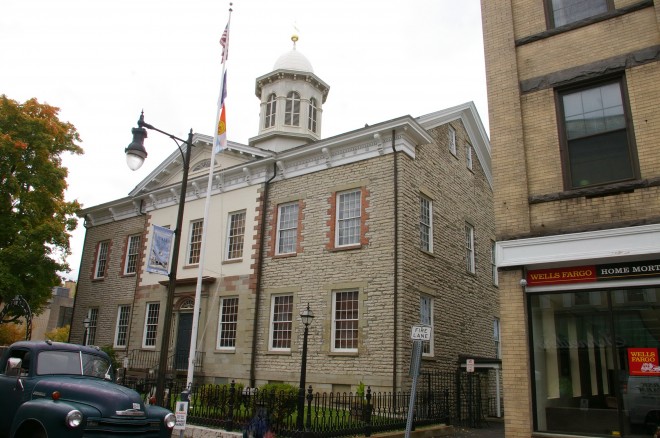 Ulster County is named for the Irish province of Ulster which was ten an earldom of the Duke of York and who was later King James II of England.

Description:  The building faces east and is a two story stone and wood structure. The building is located on landscaped grounds in the center of Kingston. The east front has a slightly projecting center section with entrance on the first story and rising to a pediment at the roof line. On the center of the roof is an octagonal cupola with dome. An addition was constructed on the west side in 1897. The architect was Andrew F Mason of Kingston.

Note:  The Act of April 12, 1816 constituted Jacob Ten Broeck, John Beekman and James Cockburn commissioners “to superintend the said buildings”, each of whom was to be paid two dollars and fifty cents for every days “actual attendance” upon the duties of his office, 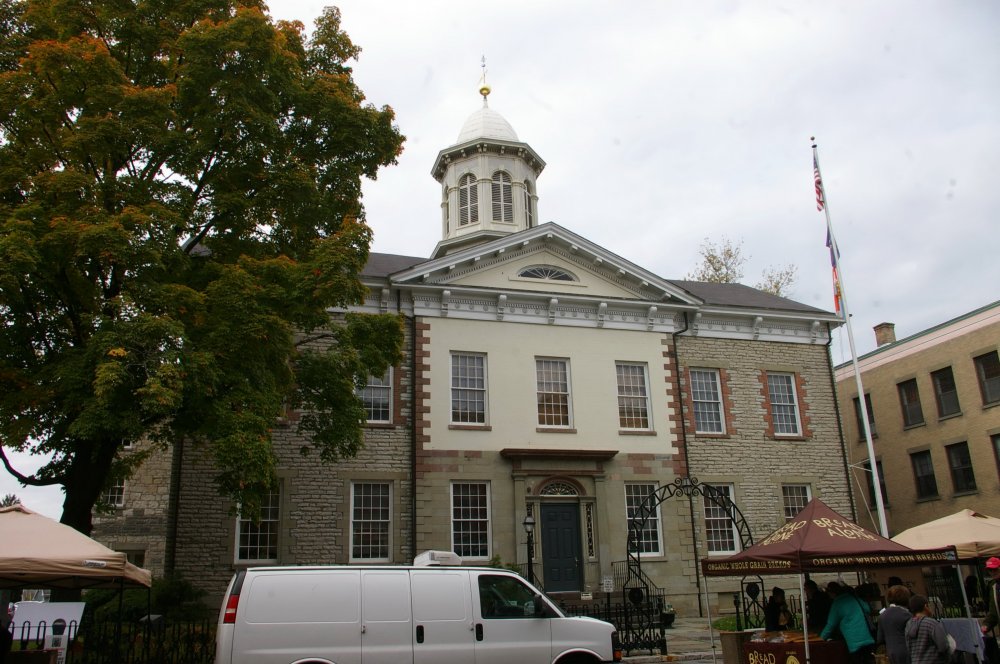 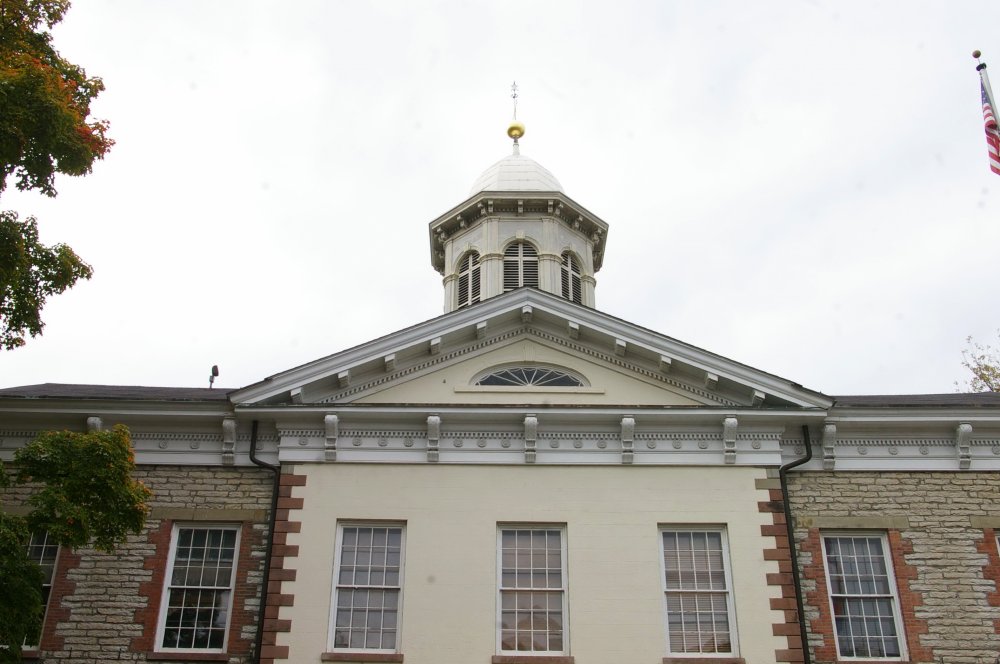 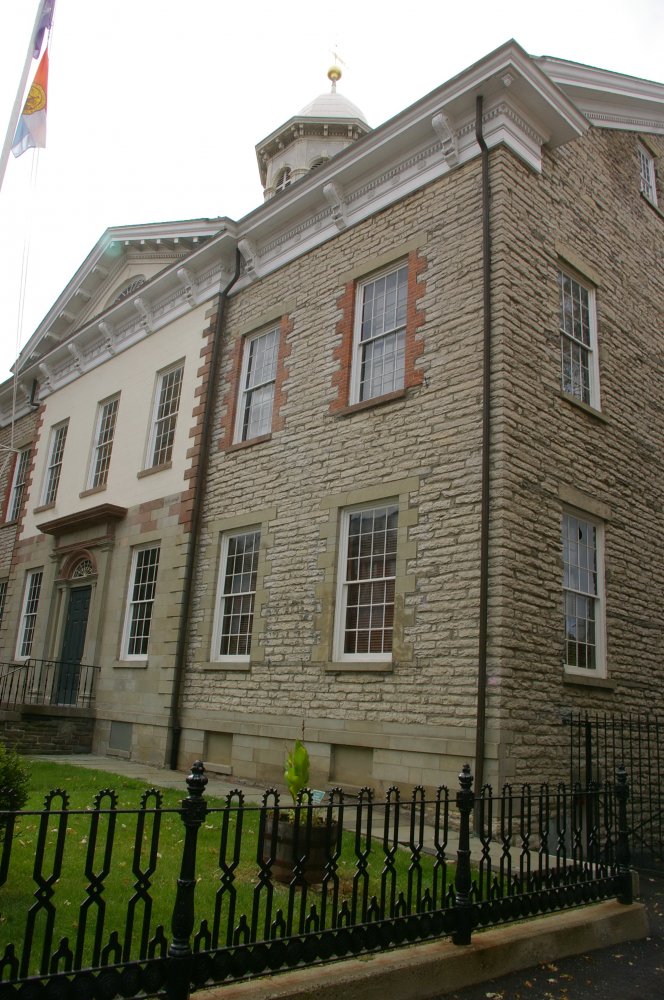 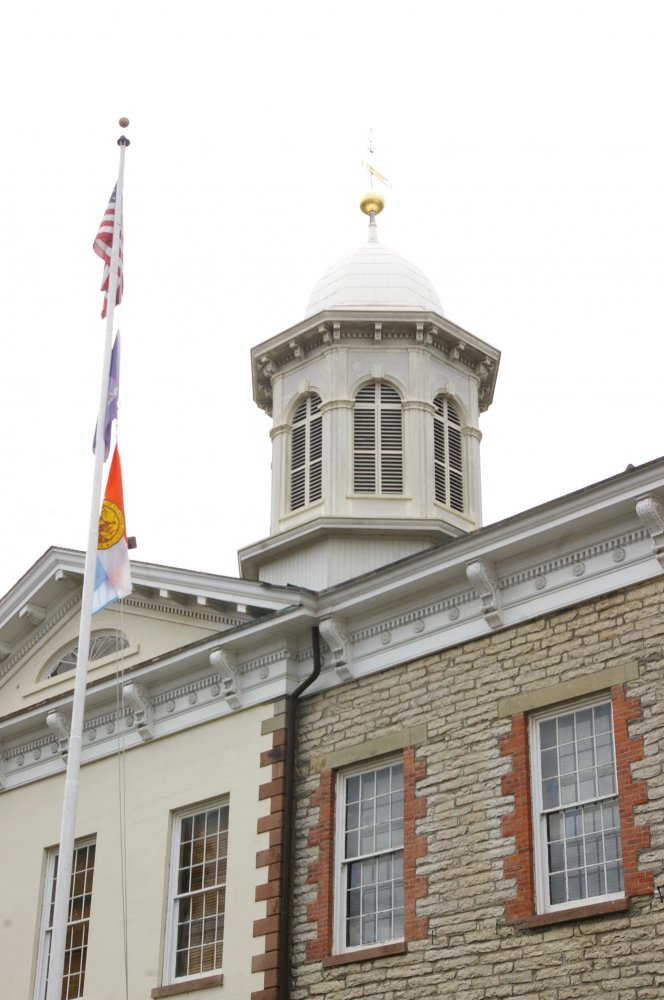 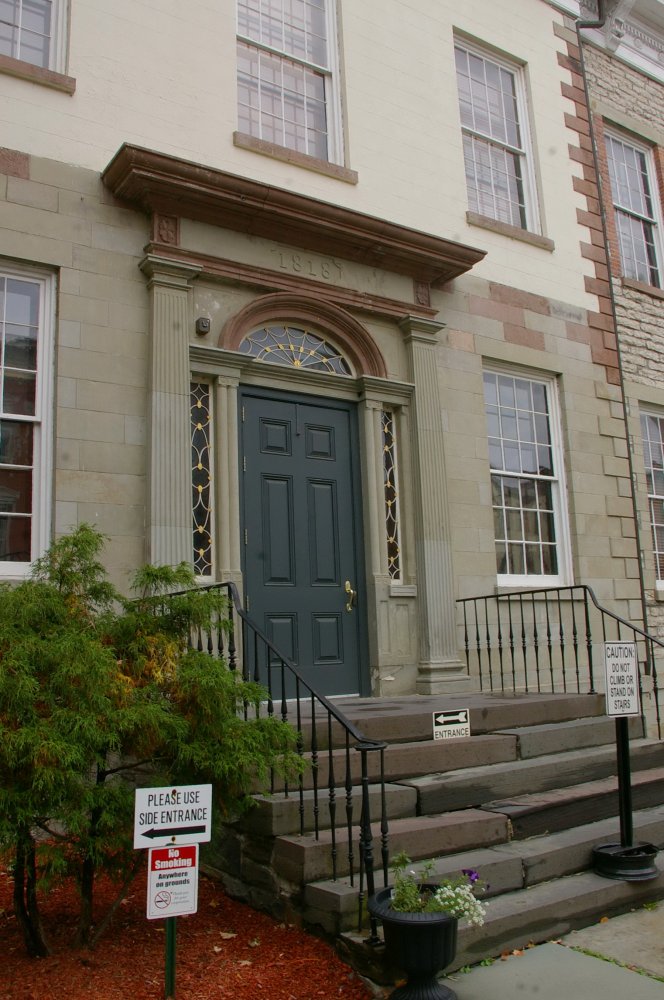 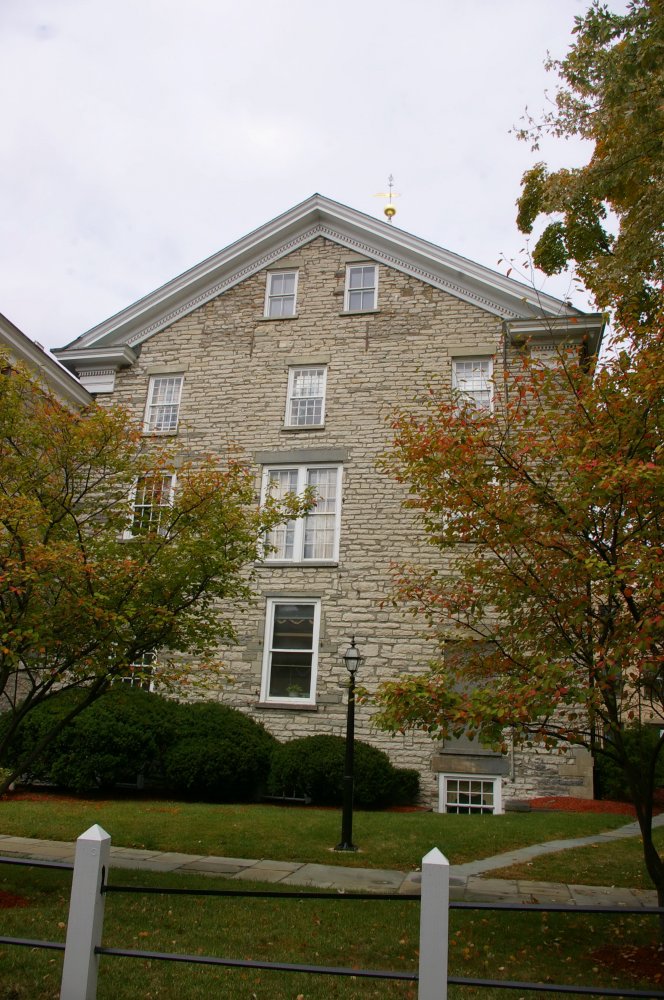 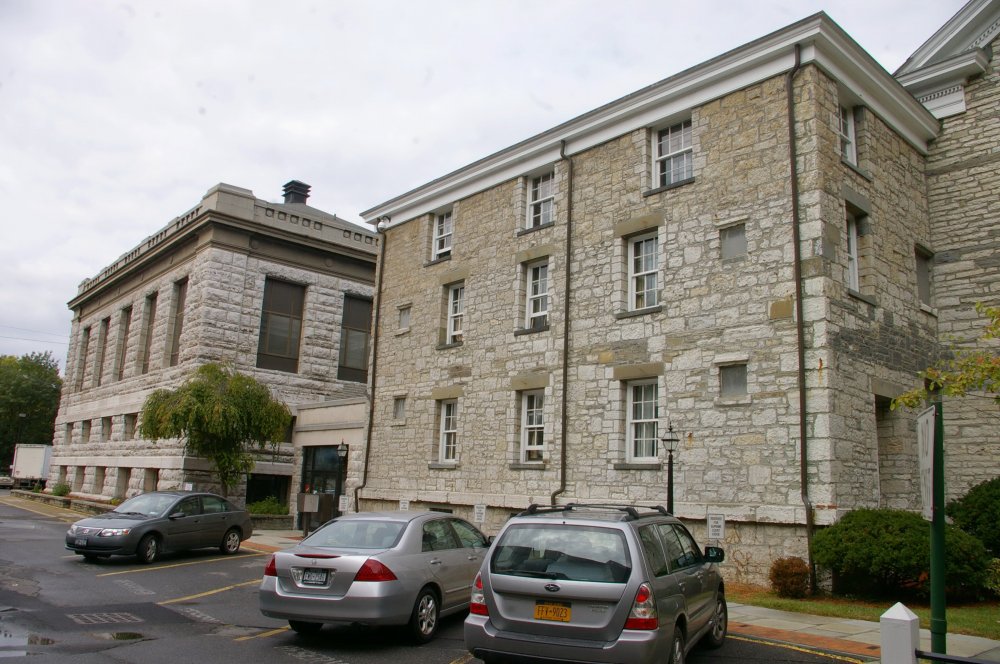