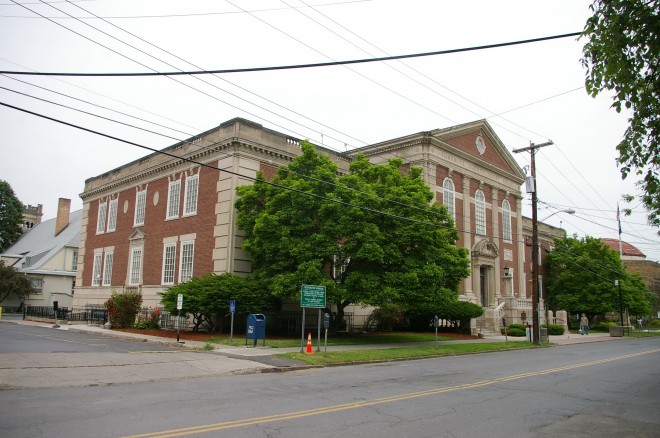 Tompkins County is named for Daniel Tompkins, who was the sixth Vice President of the United States. 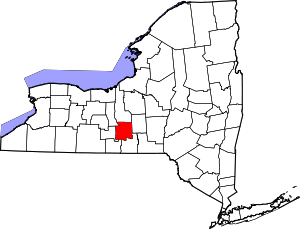 Description:  The building faces east and is a two story red colored brick and concrete structure. The building is located on landscaped grounds in the center of Ithaca. The center section projects slightly and rises to a peaked roof. The north and south wings are lower with a balustrade along the flat roof lines. On the west side is the two story red colored brick County Courthouse Annex. 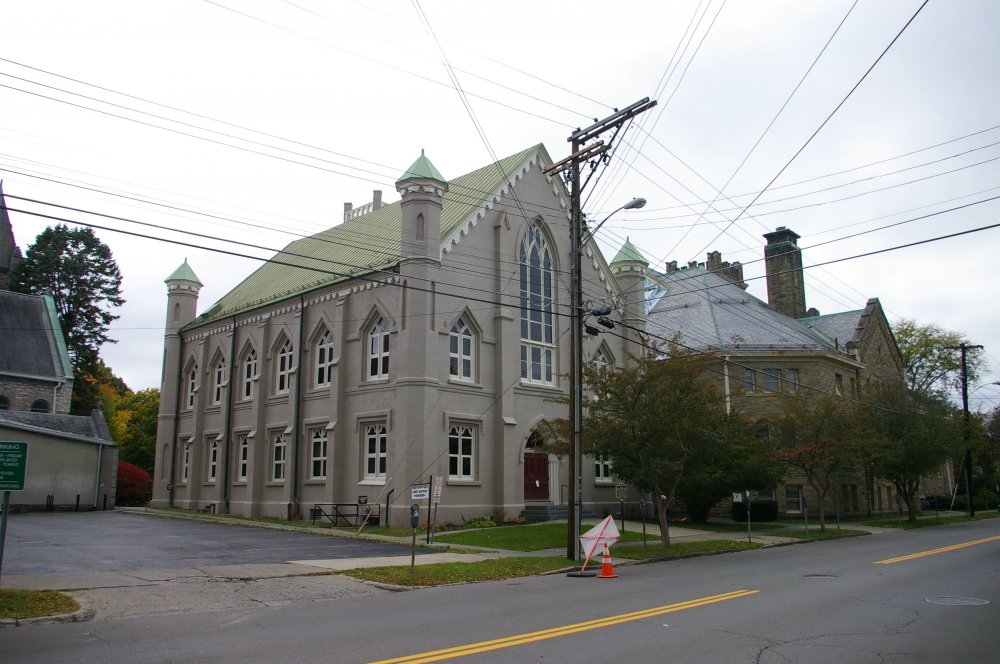 Description:  The building faces south and s a two story rectangular structure. The south west corner has a three story tower. The building is located on landscaped grounds in the center of Ithaca. The rectangular building is 57 feet by 75 feet. The foundation is shaly stone is laid in random ashlar. The walls are of red colored brick divided into bays by buttresses, and into stories by a simple moulded belt course just below the second story window sills. The walls are covered with gray colored stucco. Small octagonal corner turrets extend above the roof level. An addition was added in 1894. 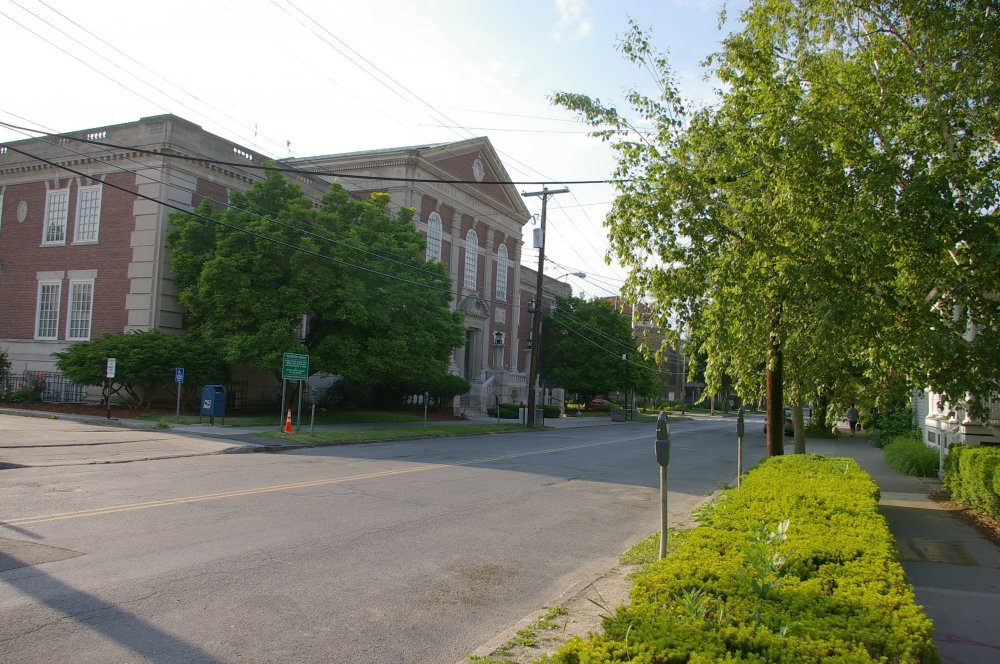 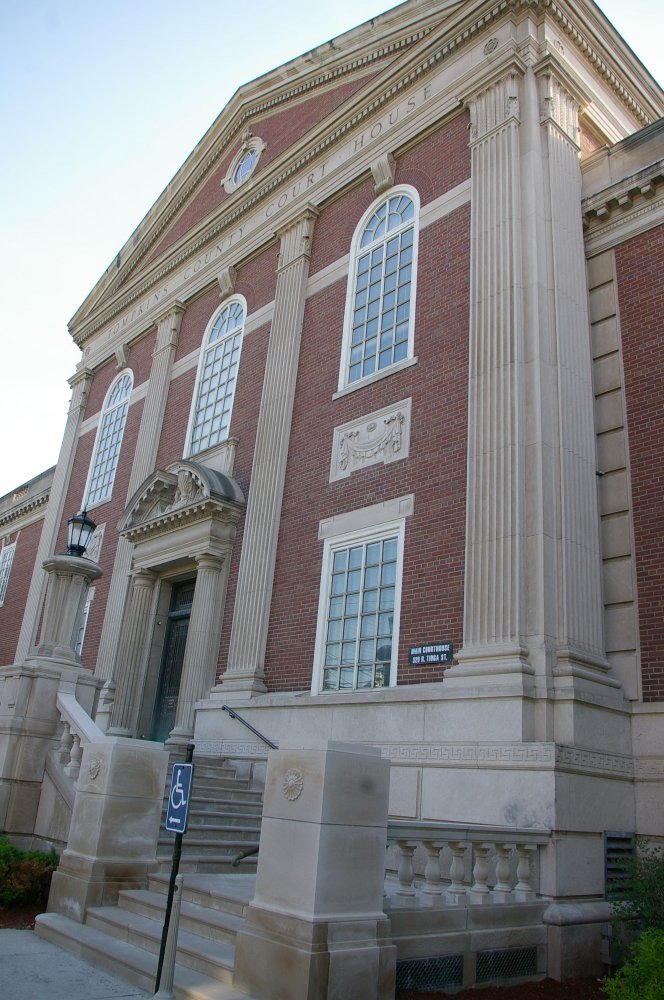 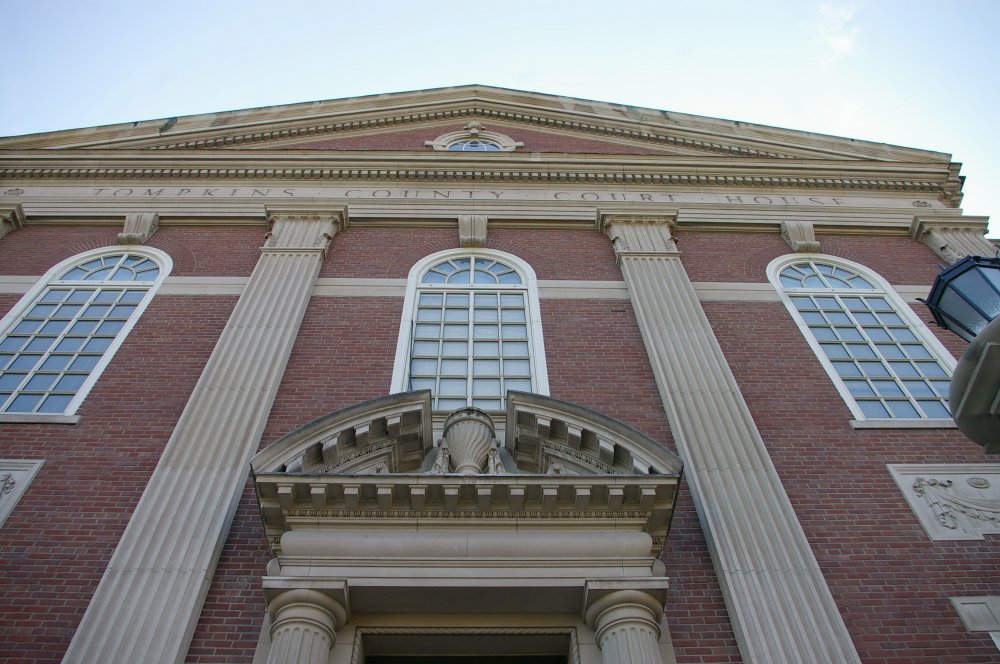 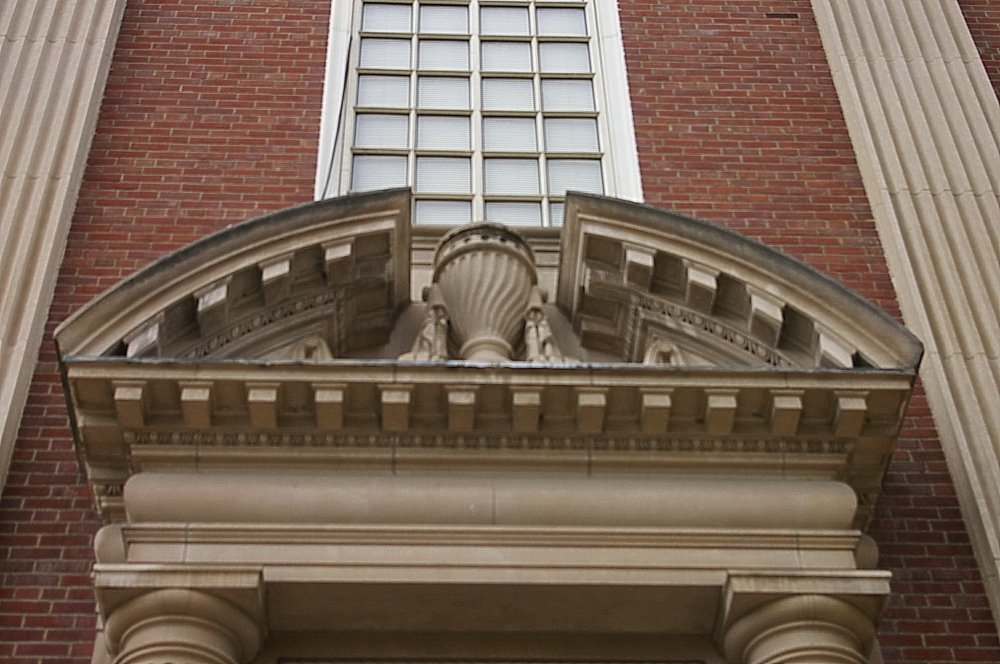 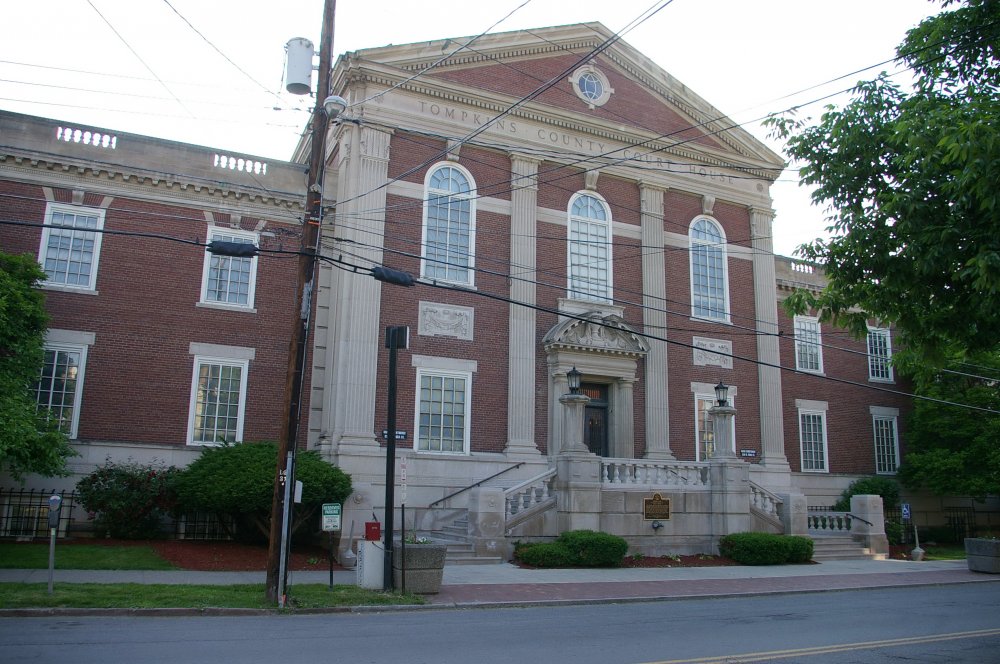 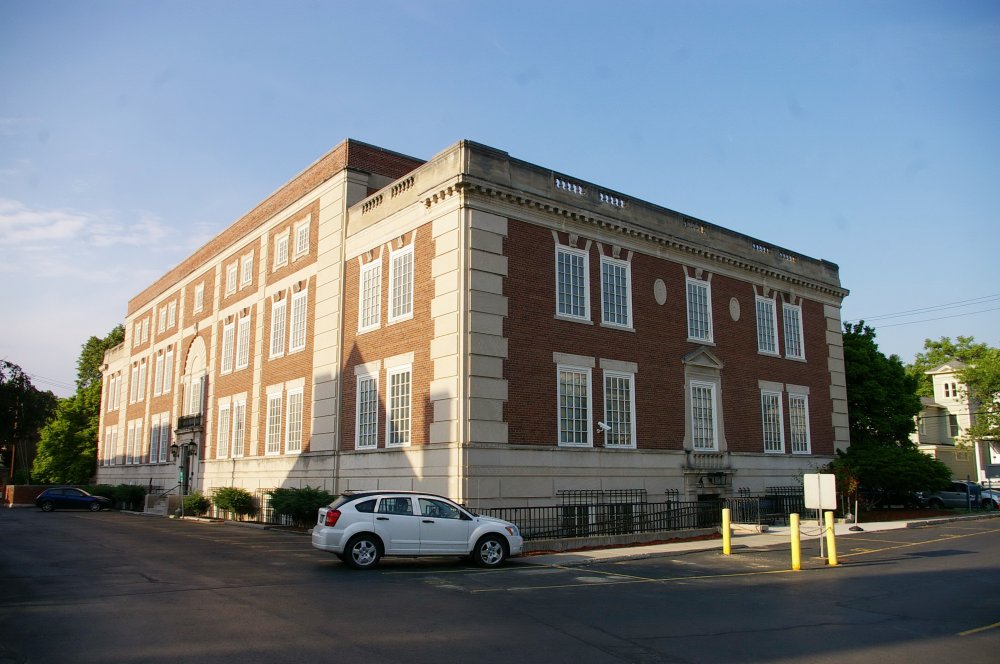 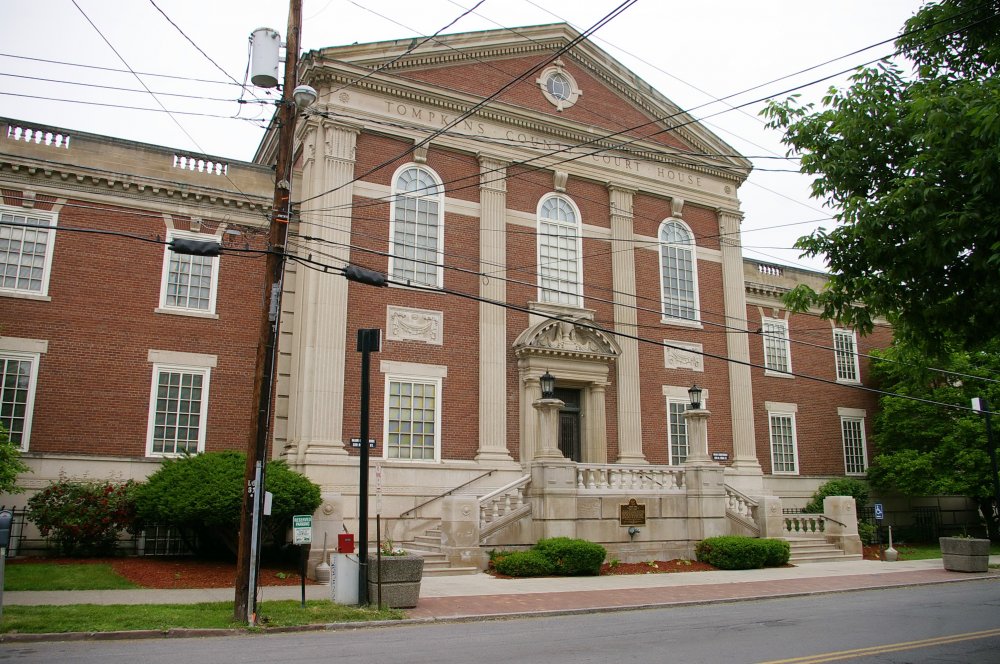 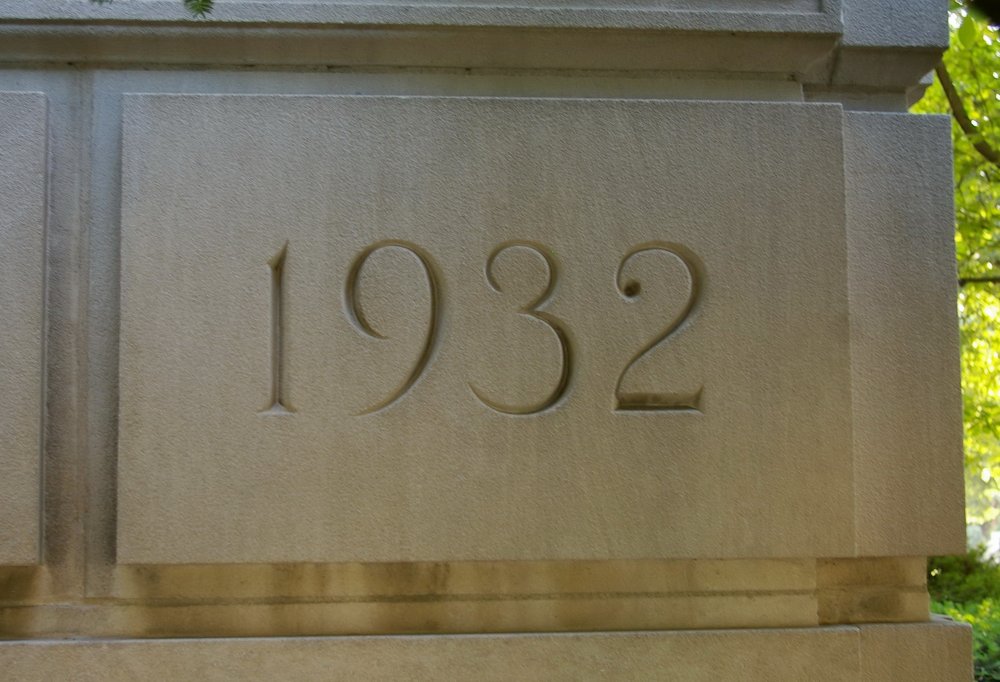