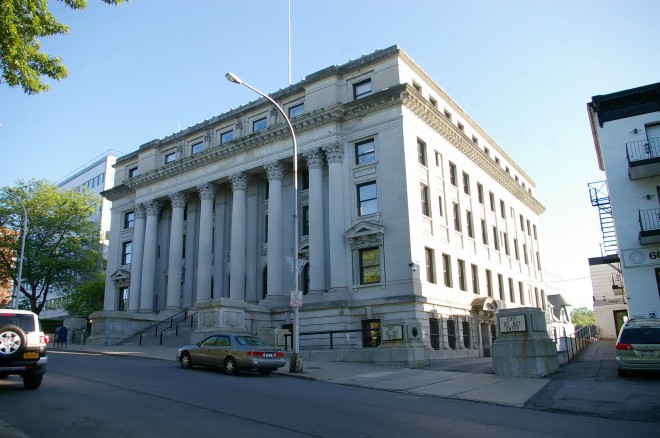 Schenectady County is named for a Mohawk word meaning “on the other side of the pine lands”.

Description:  The building faces north and is a four story structure. The north front has a recessed porch with six columns rising to a wide header at the top of the third story. The fourth story is recessed. The roof line is flat. 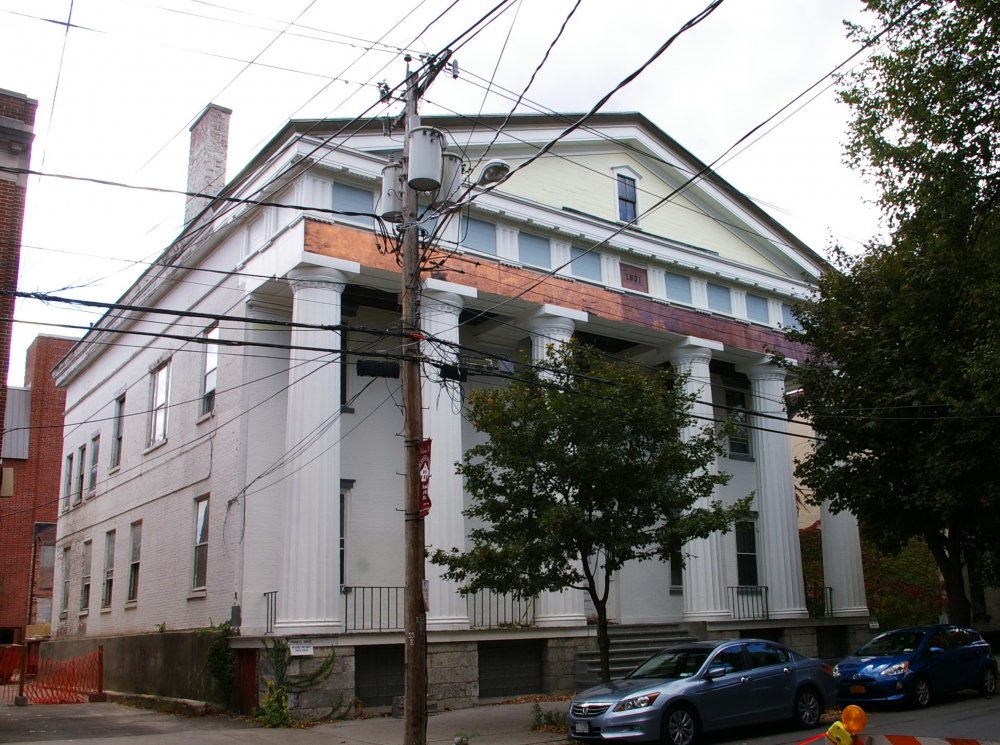 Description:  The building faces north and is a two story white colored brick structure. The south front has a large porch with six high columns rising to a wide pediment at the roof line. The roof is hipped. The building served as the courthouse until 1913. In 2012, the building was being renovated by Raz Mahoutian. 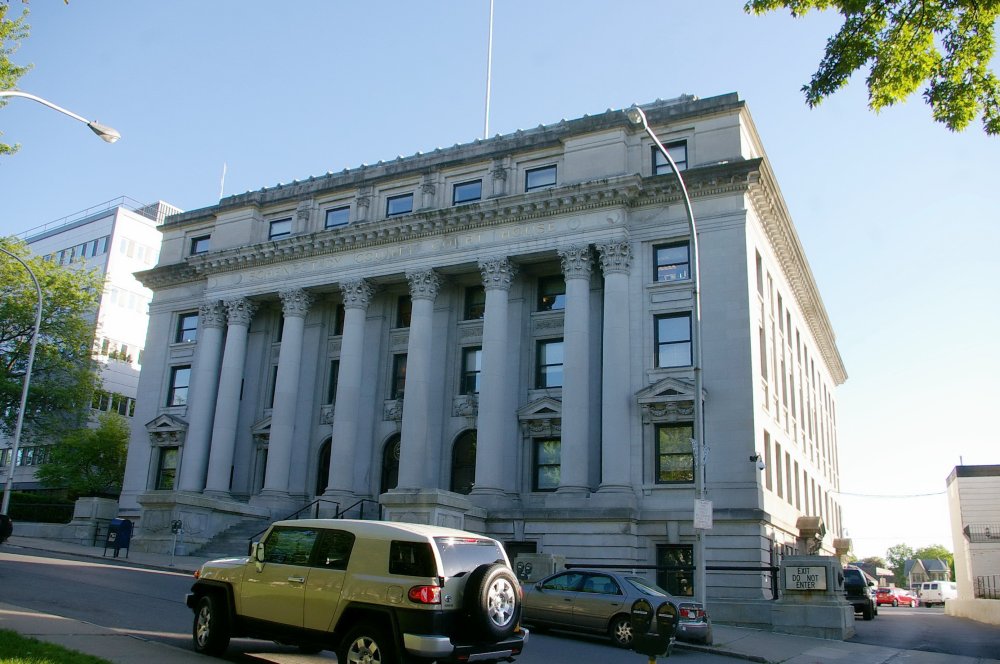 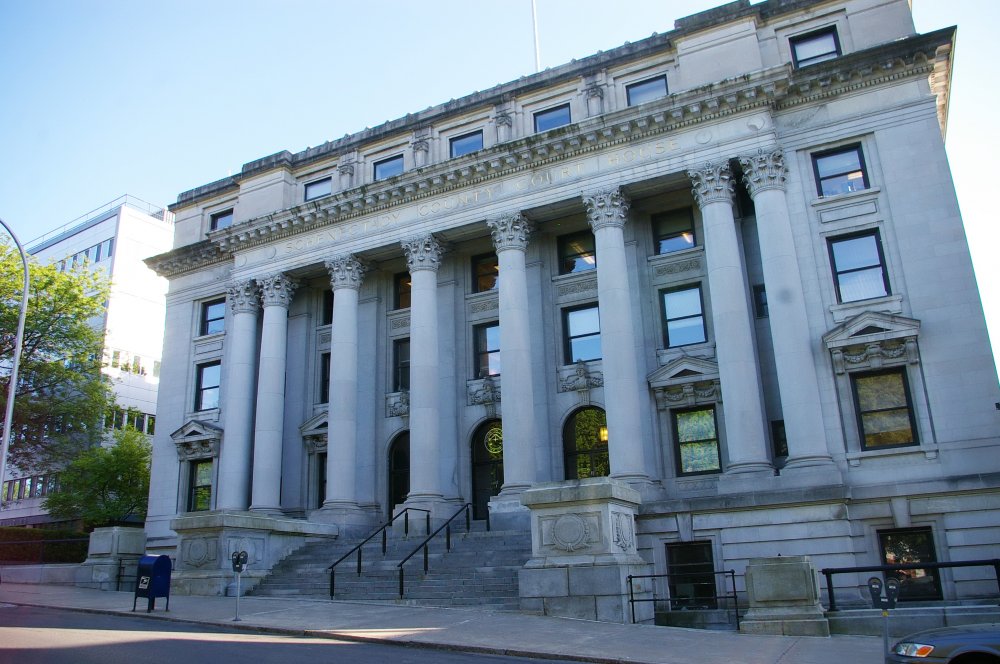 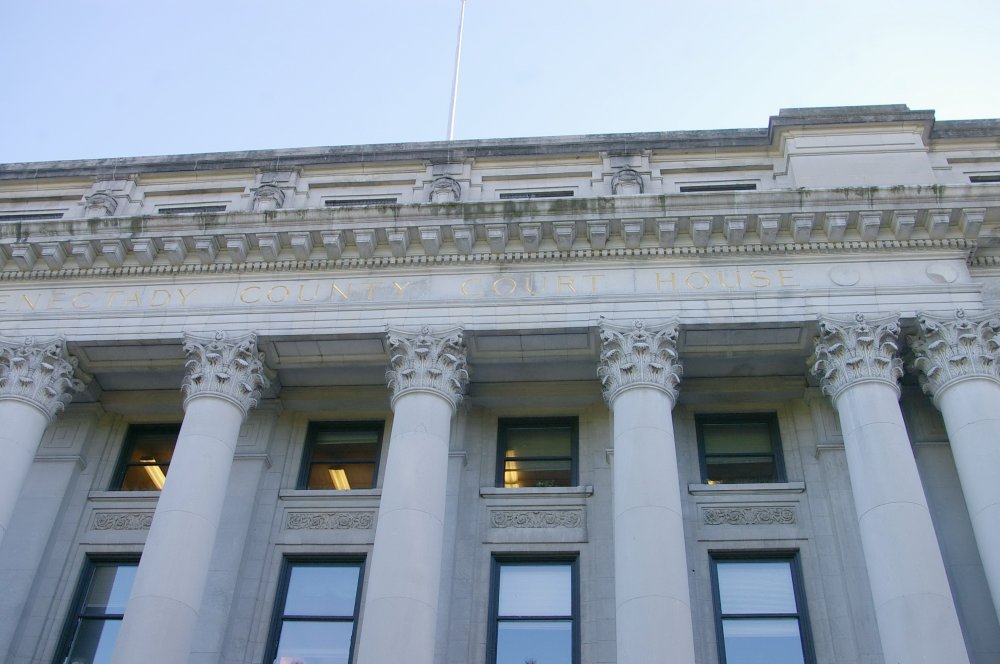 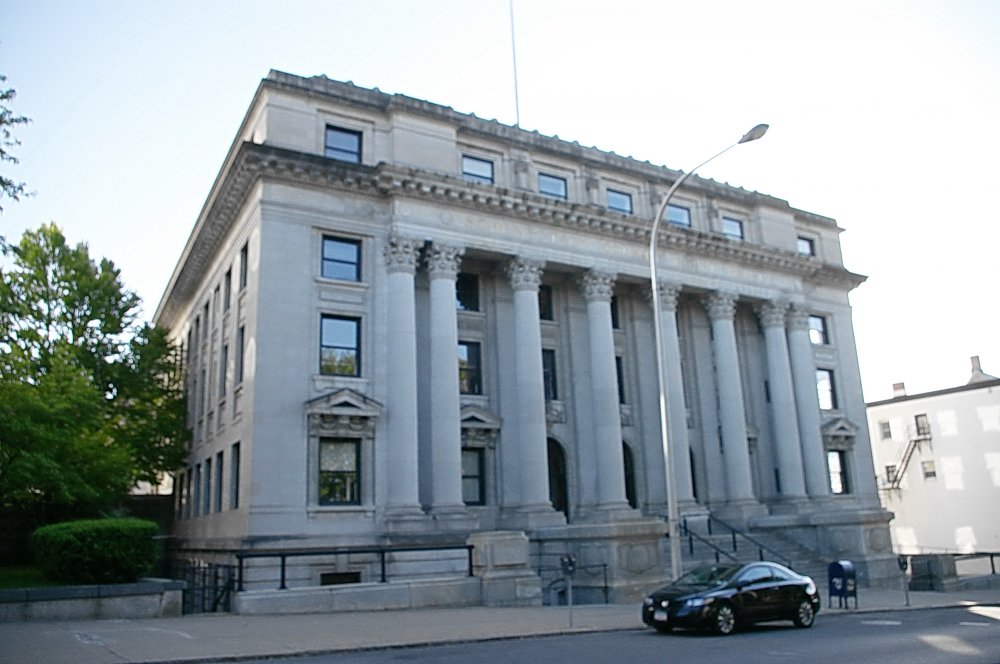 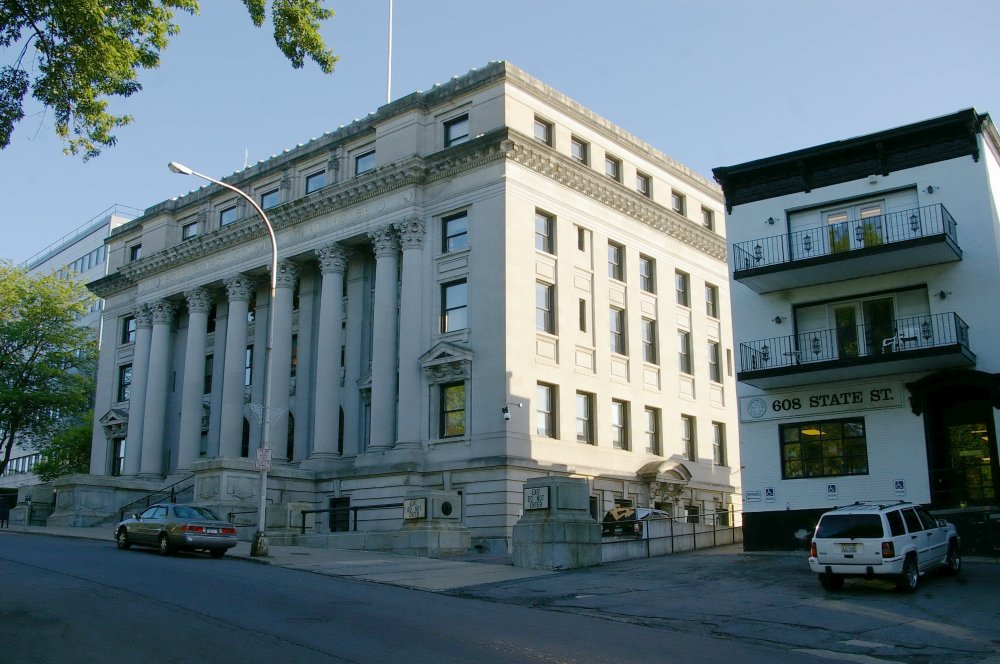 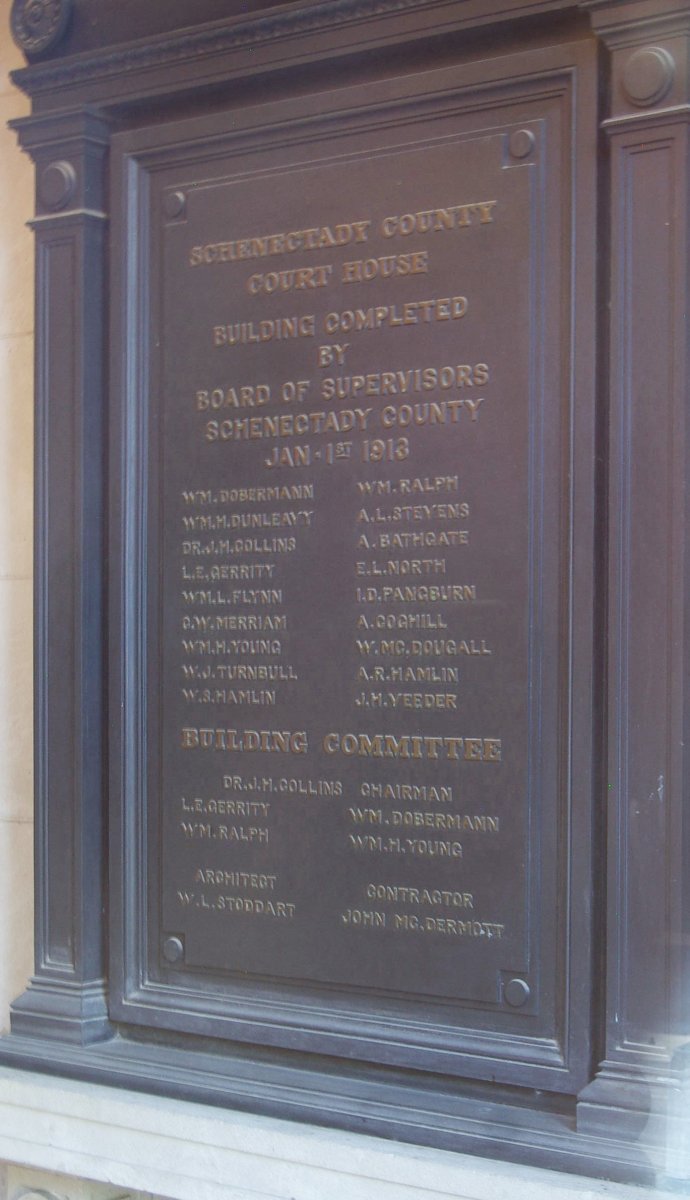 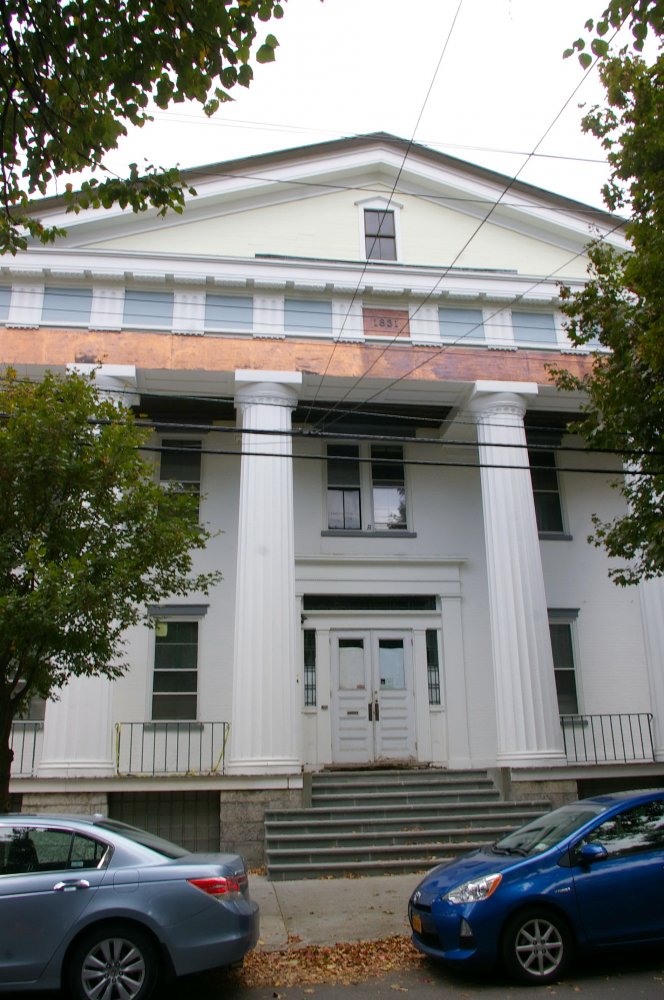 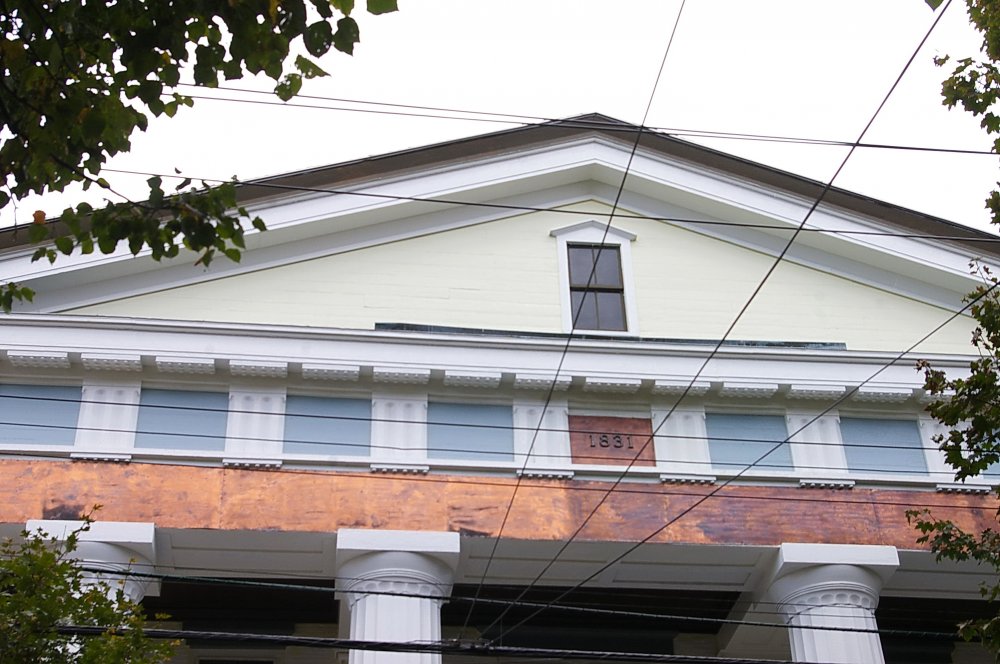 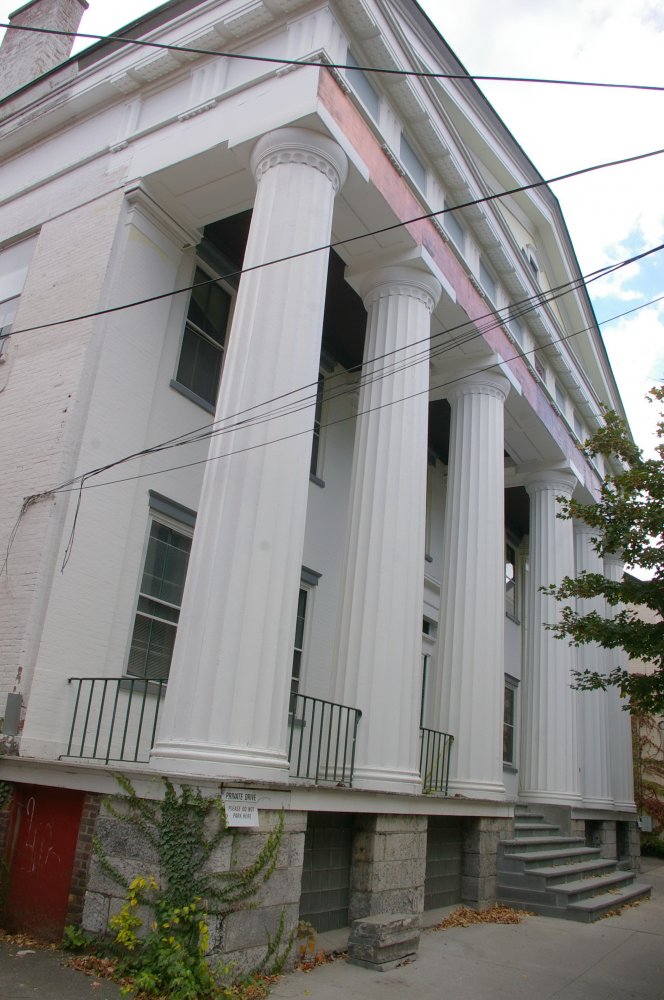 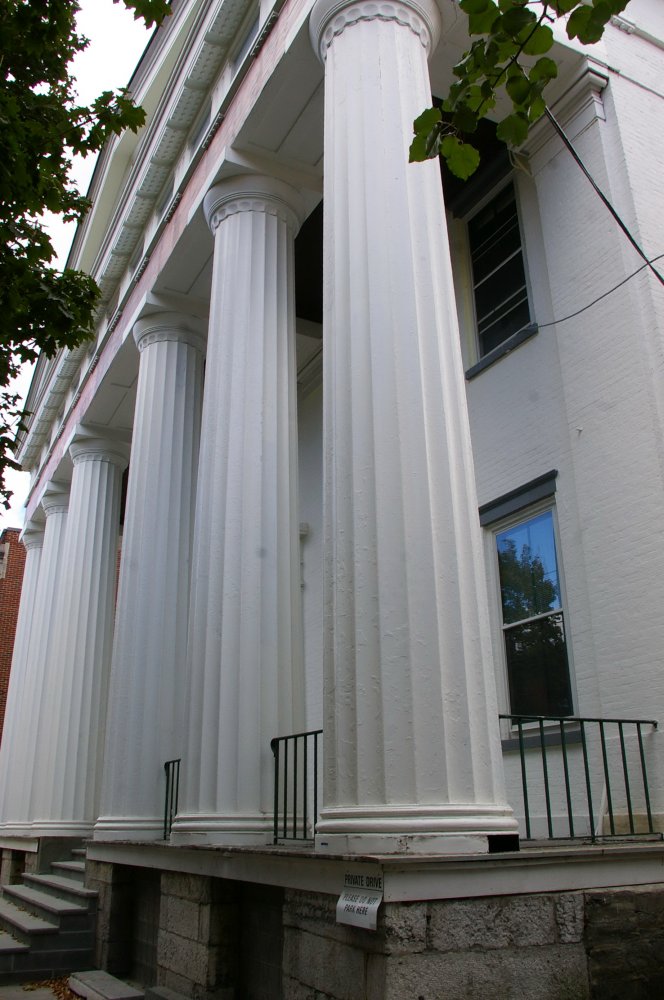