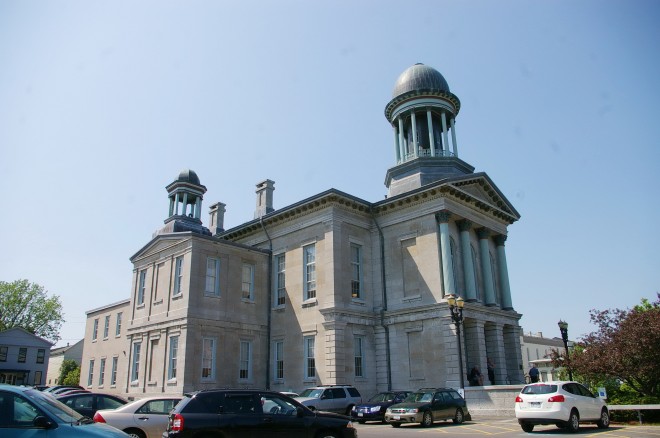 Description:  The building faces north and is a two story limestone  structure. The building is located on landscaped grounds in the center of Osewgo. The north front has a projecting center section with three large arches on the first story and four green-blue colored columns on the second story with pediment above. At the top is a large open cupola with thin columns and round dome. The east and west wings have small cupolas above a pediment. An addition was on the south side in 1962. The architect was Sargent-Webster-Crenshaw and Folley and the contractor was J G A Construction Corporation. 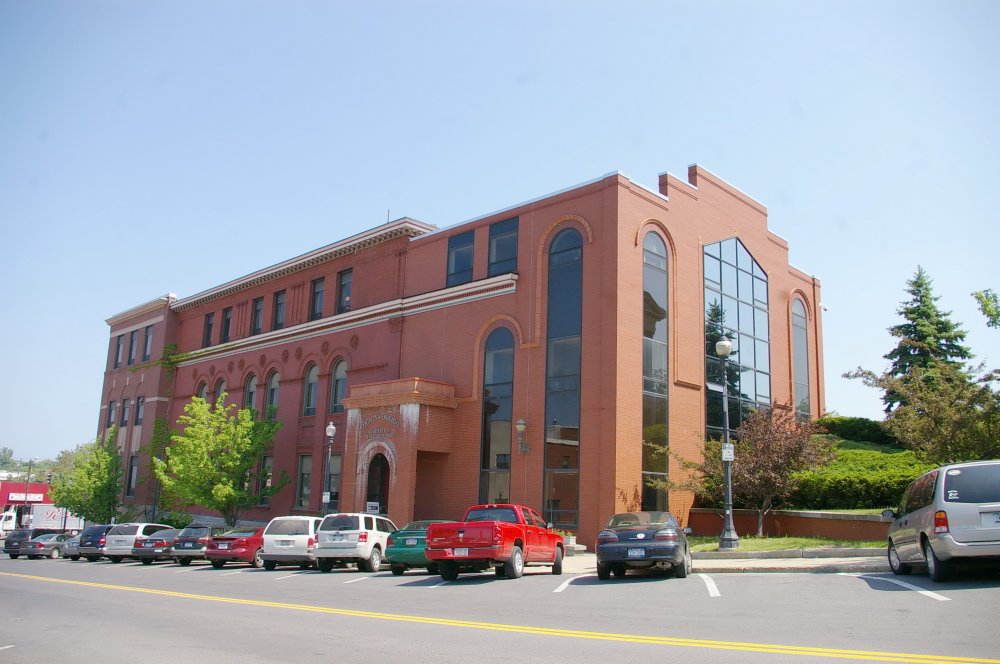 Description:  The building faces south and is a three story red colored brick structure. The building is located on landscaped grounds in the center of Oswego to the west of the courthouse. 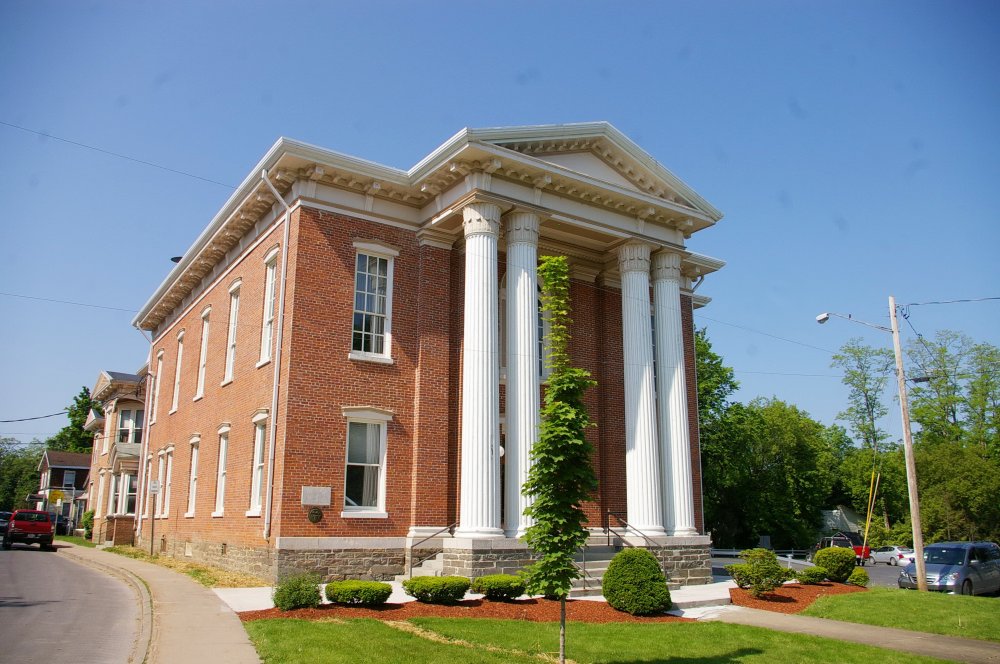 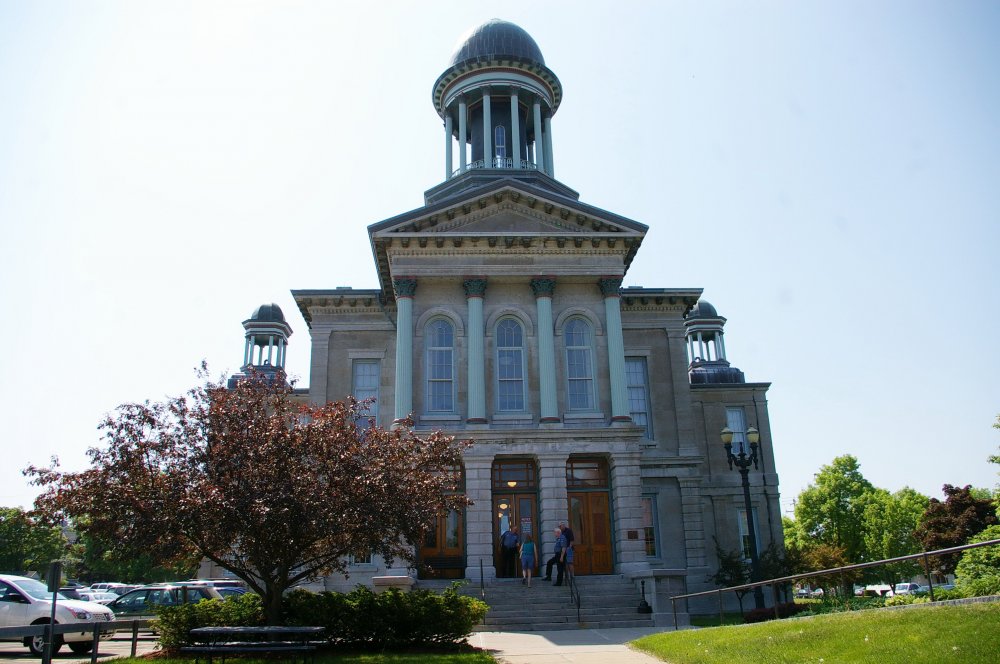 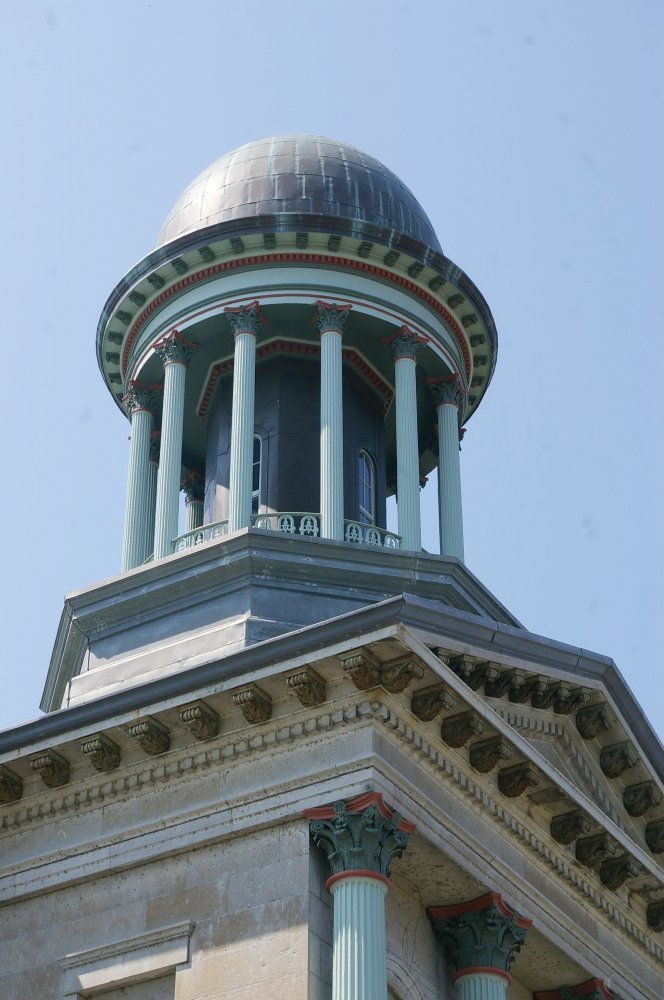 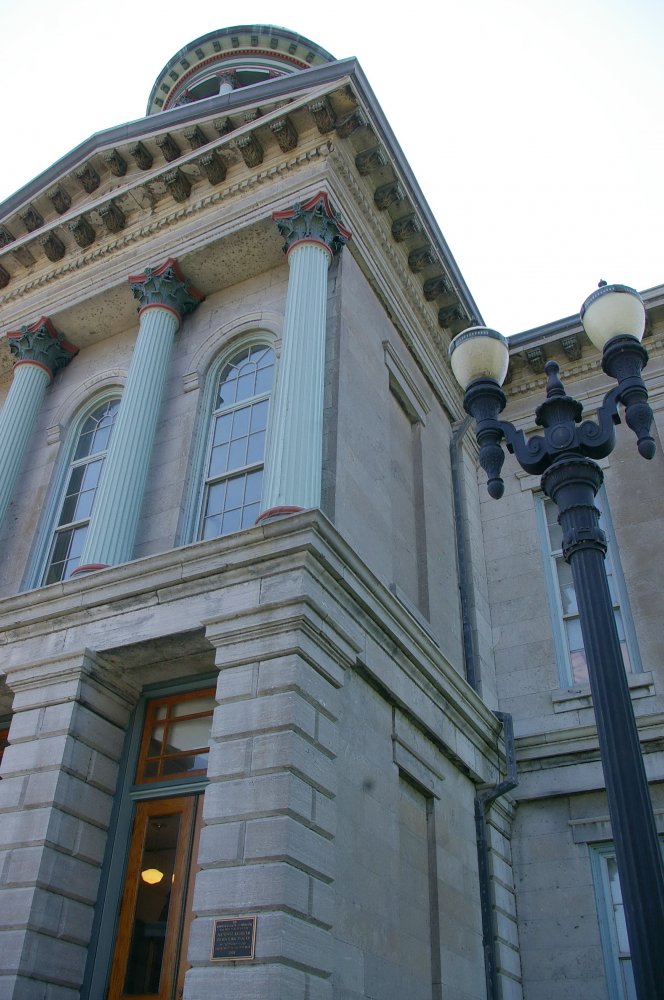 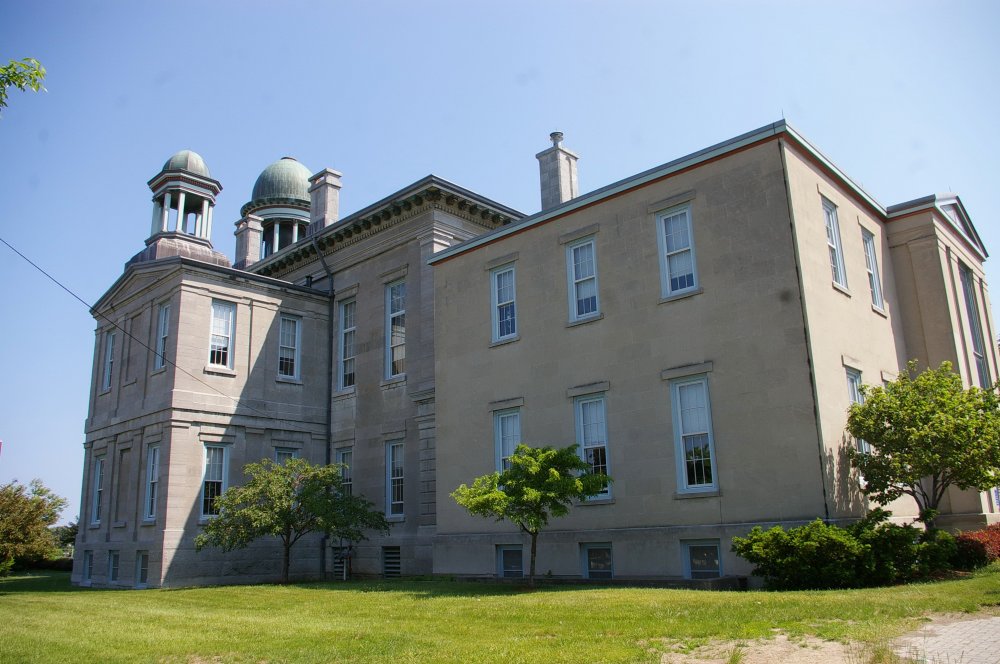 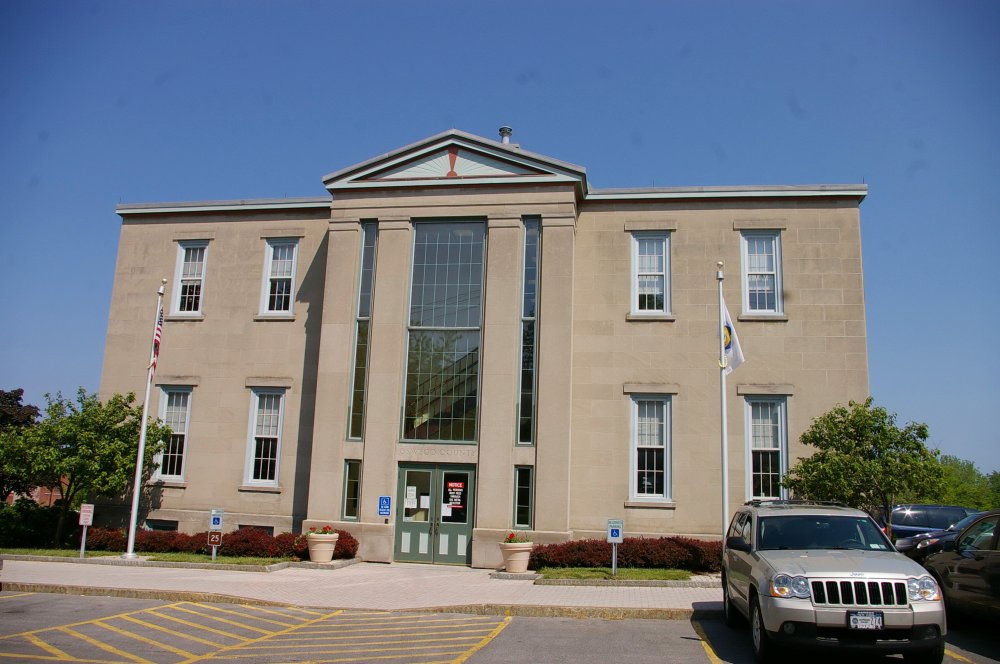 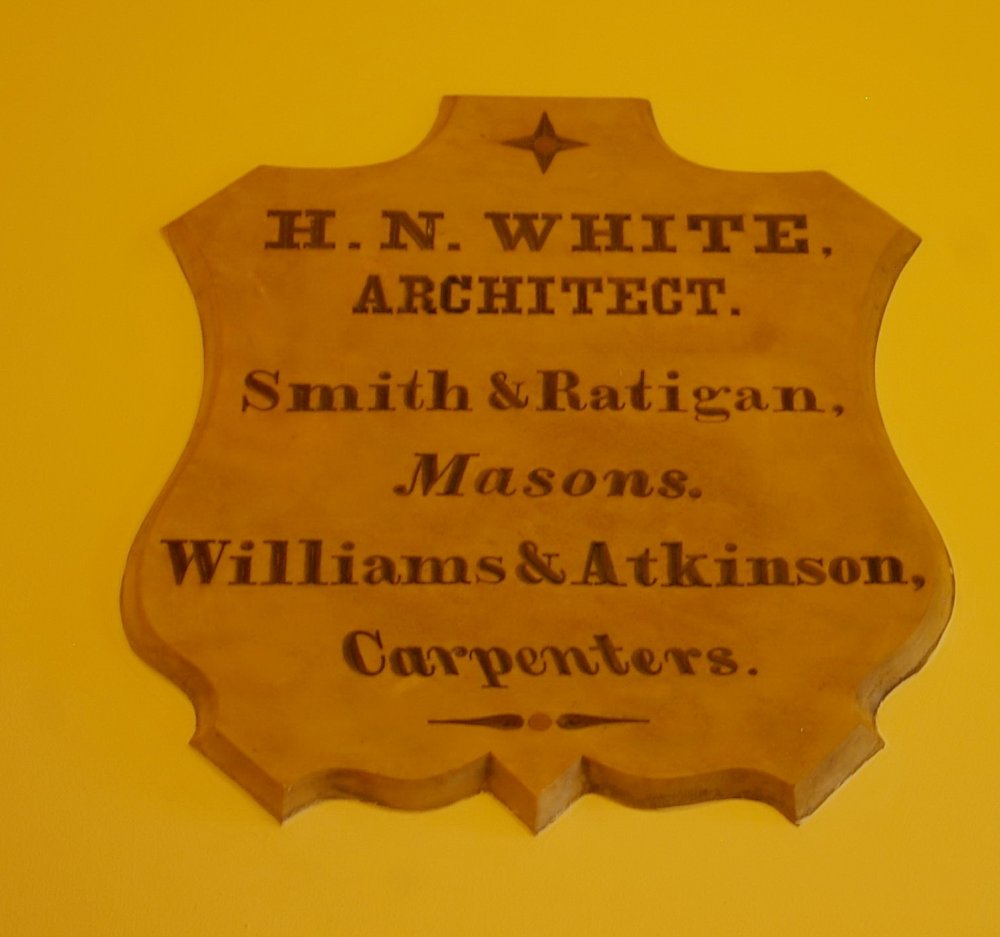 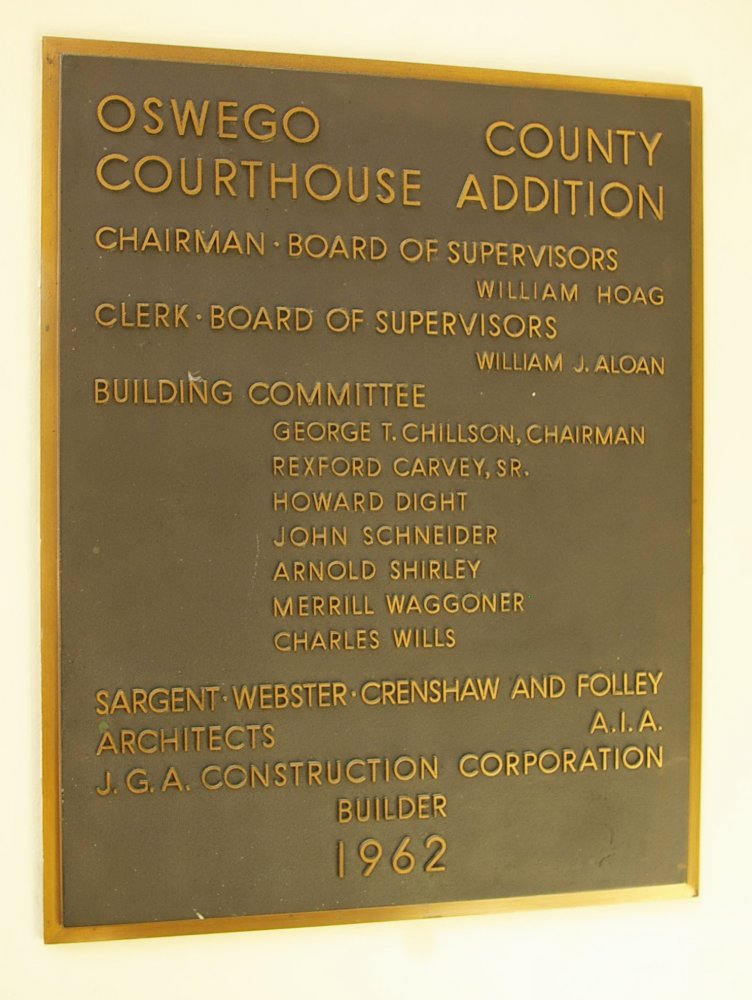 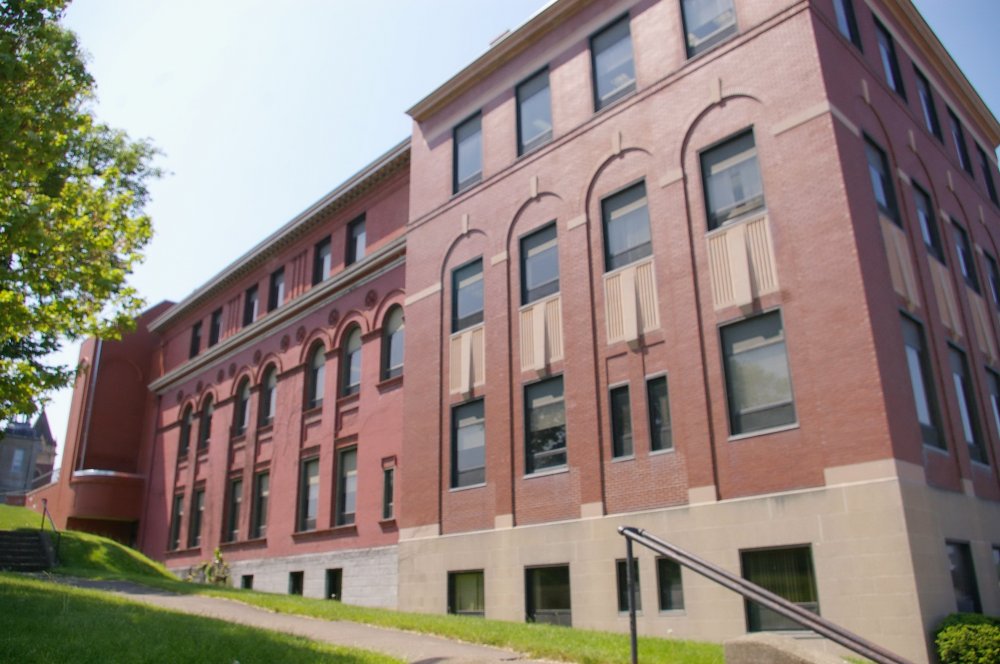 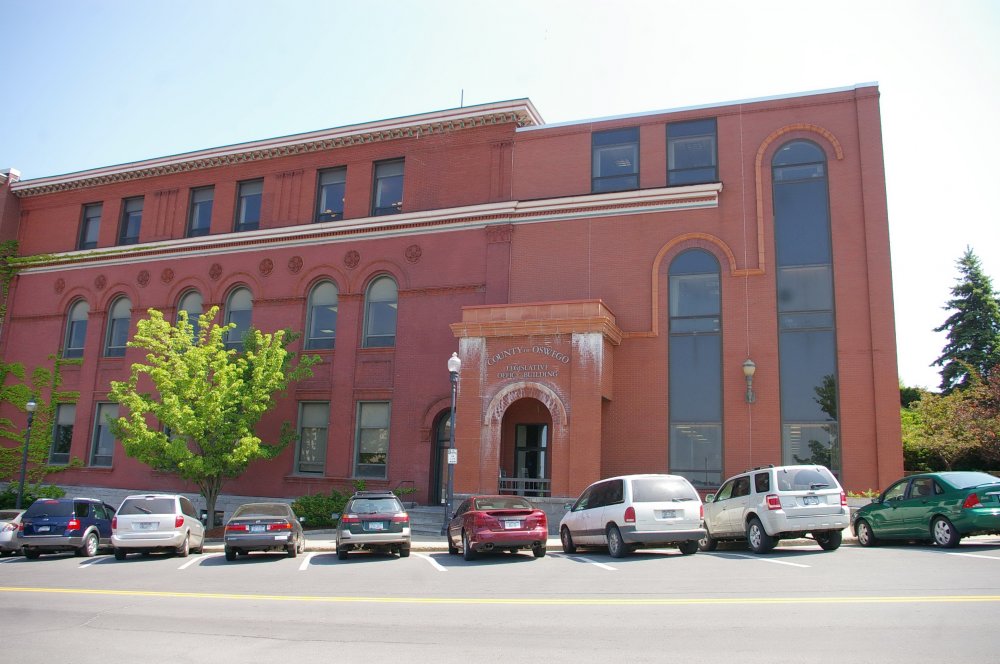 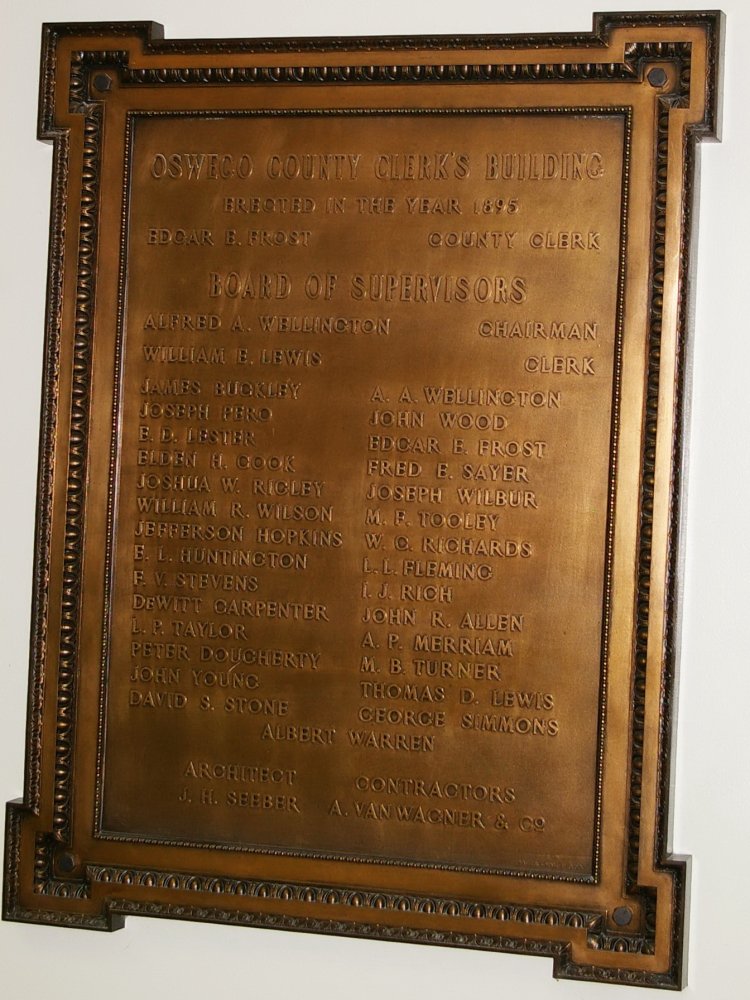 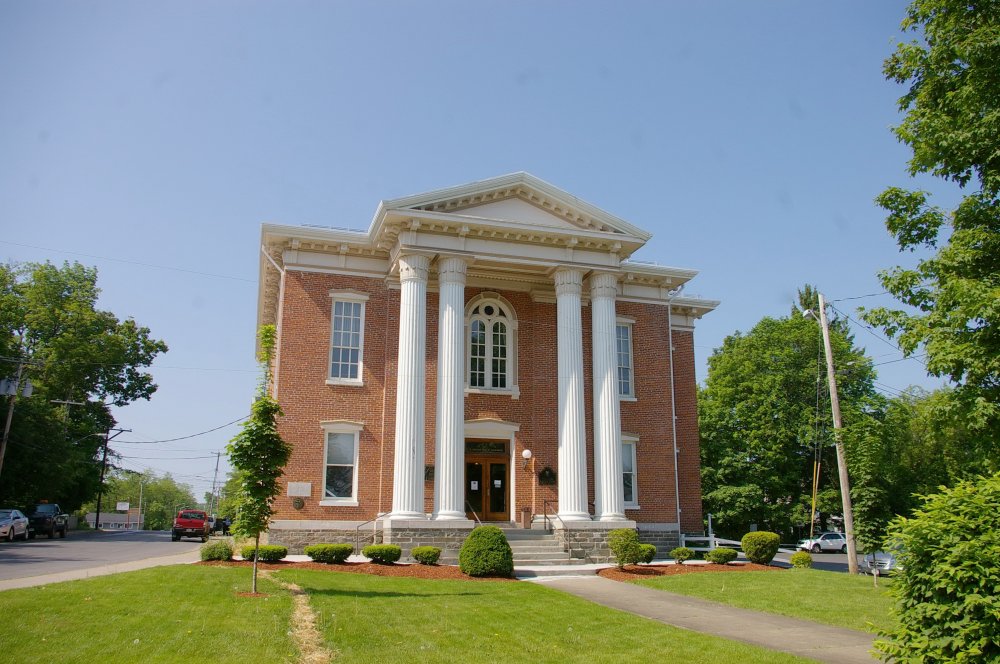 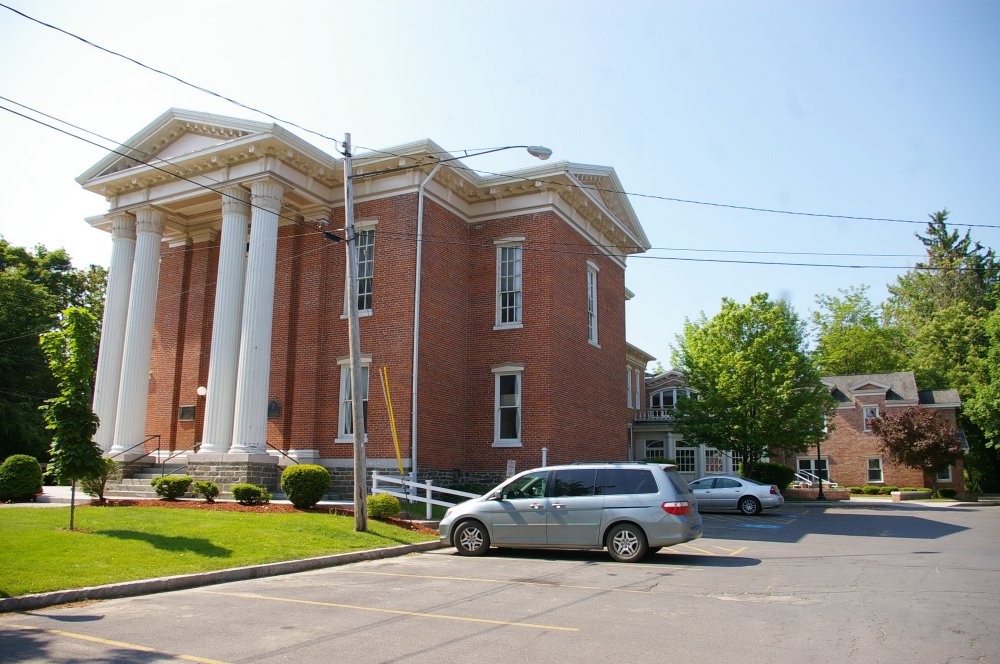 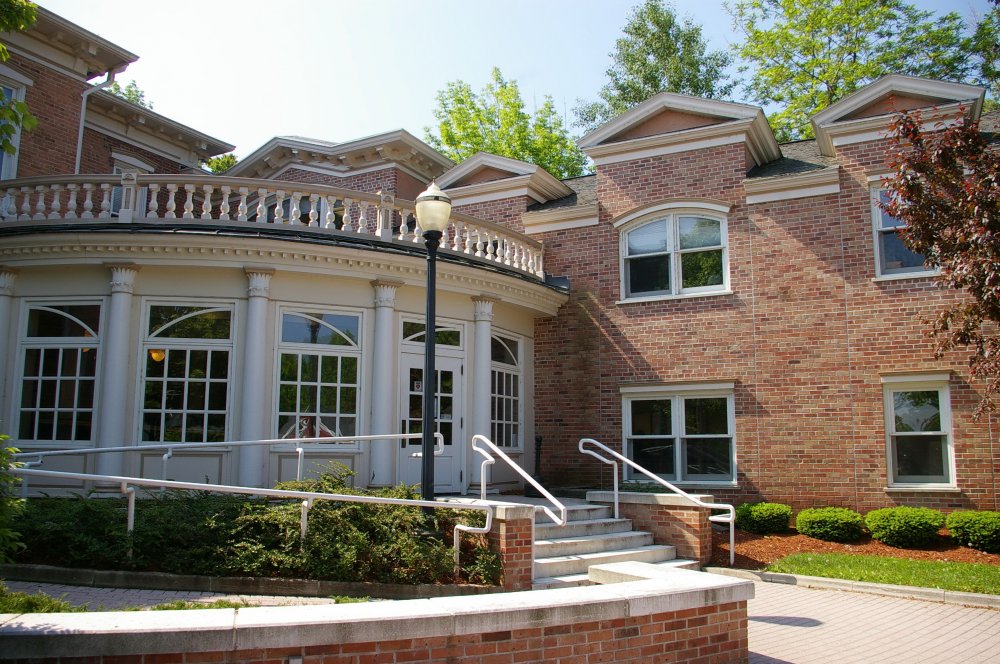