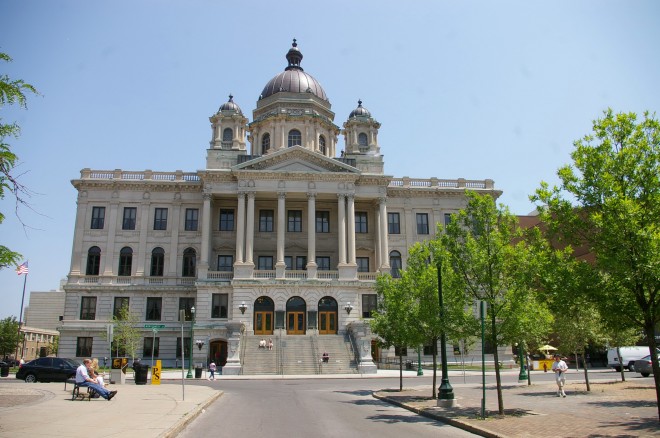 Onondaga County is named for the Onondaga Native American Tribe.

Description:  The building faces west and is a four story stone structure. The west front has a large portico with three arched entrances on the second story with balcony above and six thin columns rising from the third story to a pediment at the top of the fourth story. There are small cupolas on either side of the pediment. On the center of the roof is a large octagonal dome with copper roof and small cupola at the top. A balustrade runs along the flat roof line.

Note:  The previous courthouse was designed by Horatio Nelson White and built in 1856. 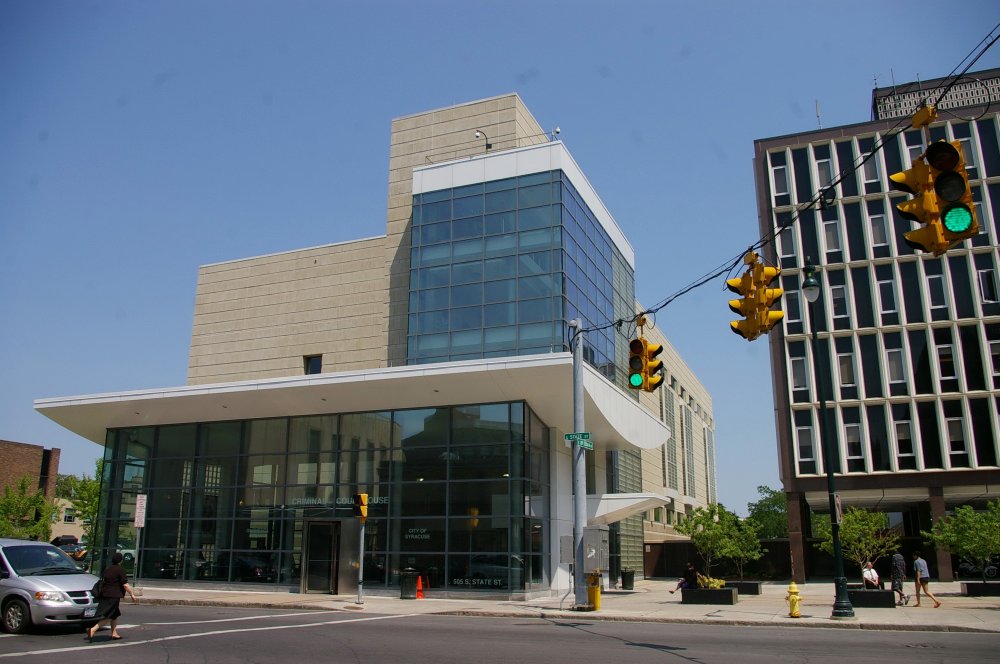 Description:  The building faces west and is a three story glass and concrete structure. The west front has glass panels with a projecting canopy. The second and third stories has a glass panel corner section. The roof line is flat. The Construction Manager was J D Taylor Construction Company of Syracuse.

Description:  The building faces east and is an eight story glass and concrete structure. The building is rectangular and is named as the Edward Kochian County Office Building and houses the Fifth Judicial District Administration. 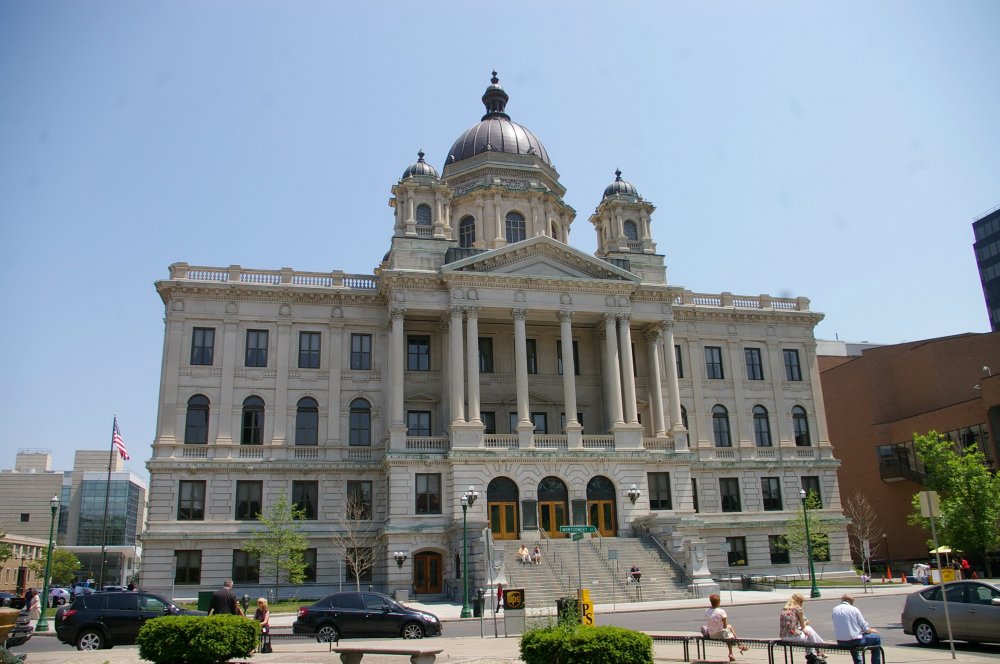 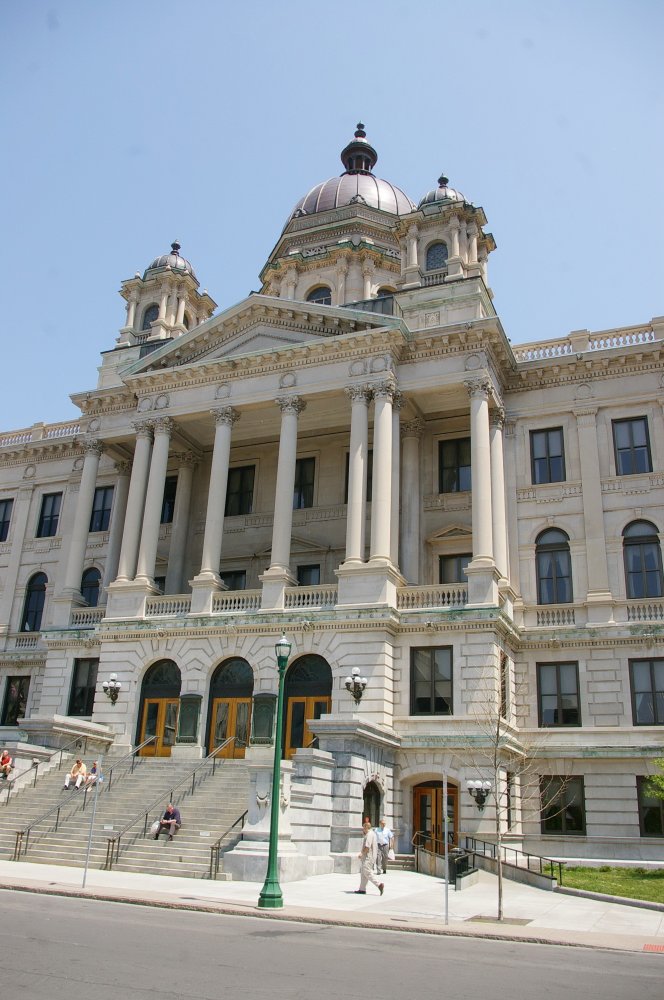 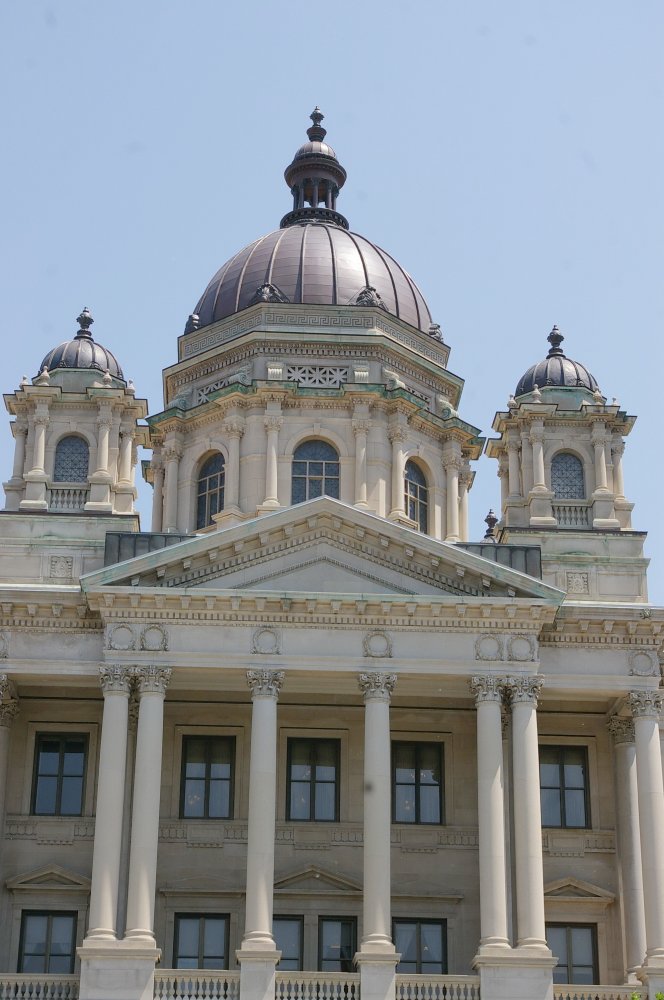 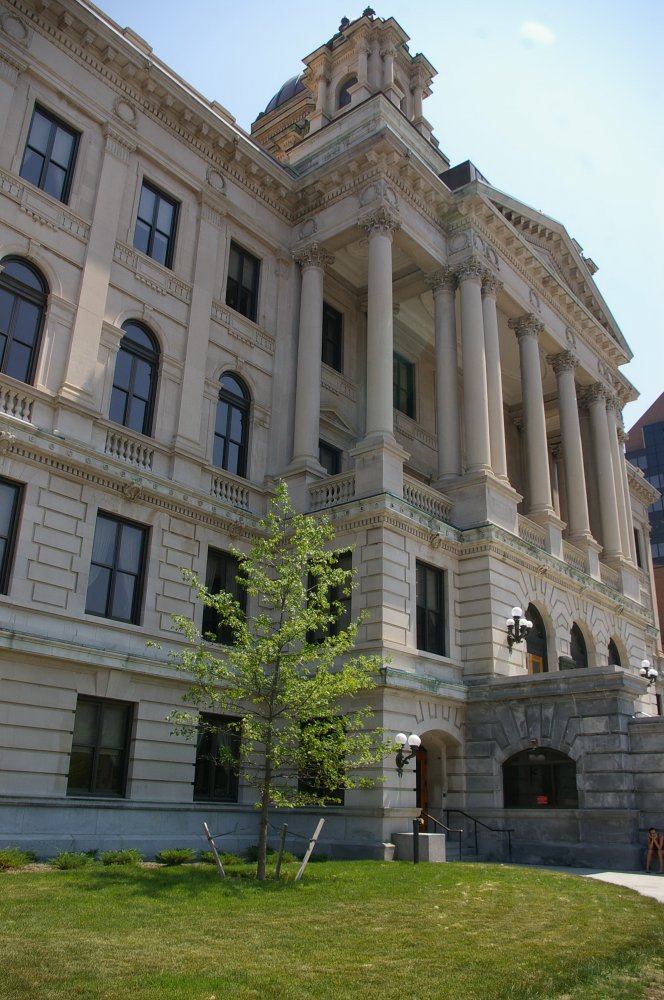 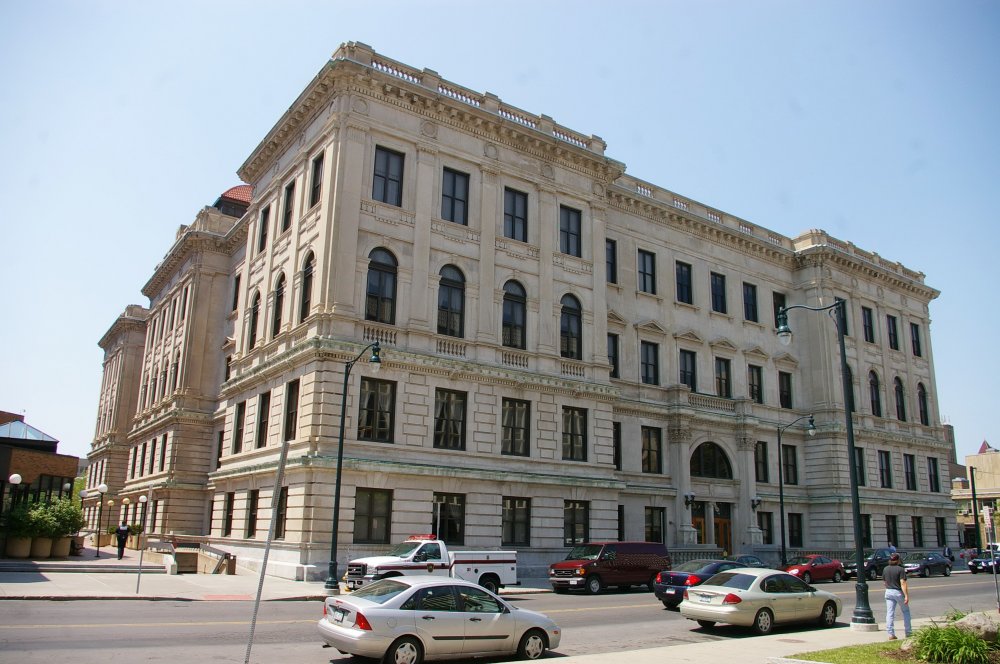 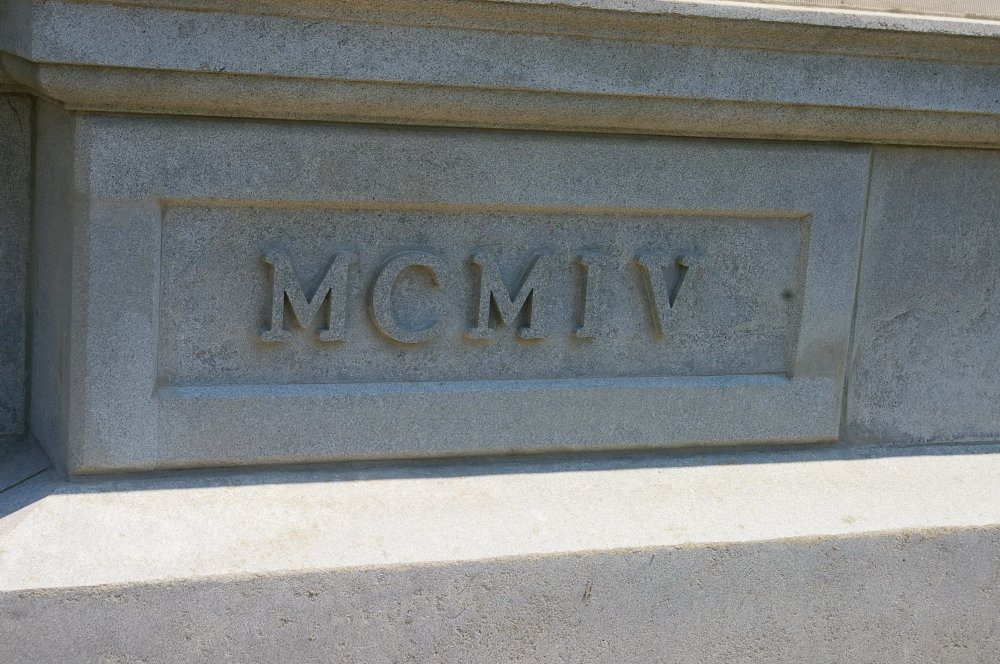 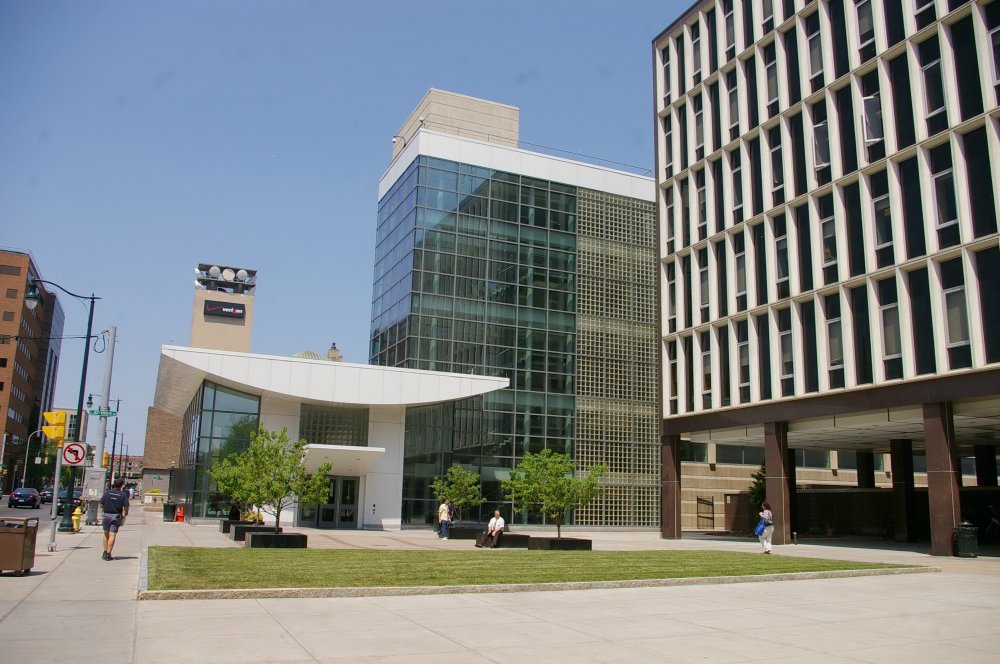 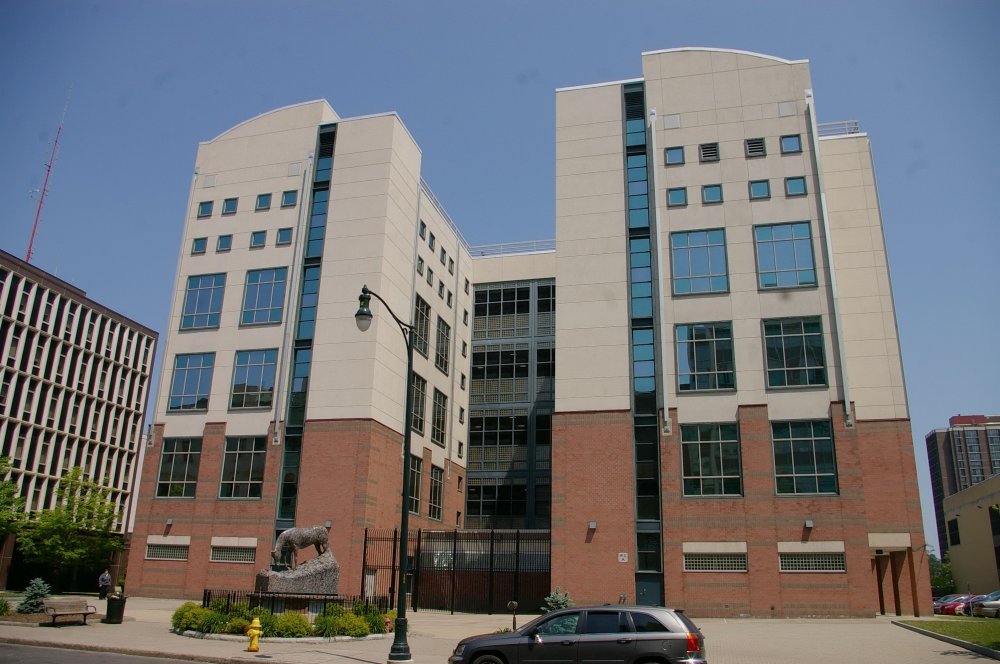 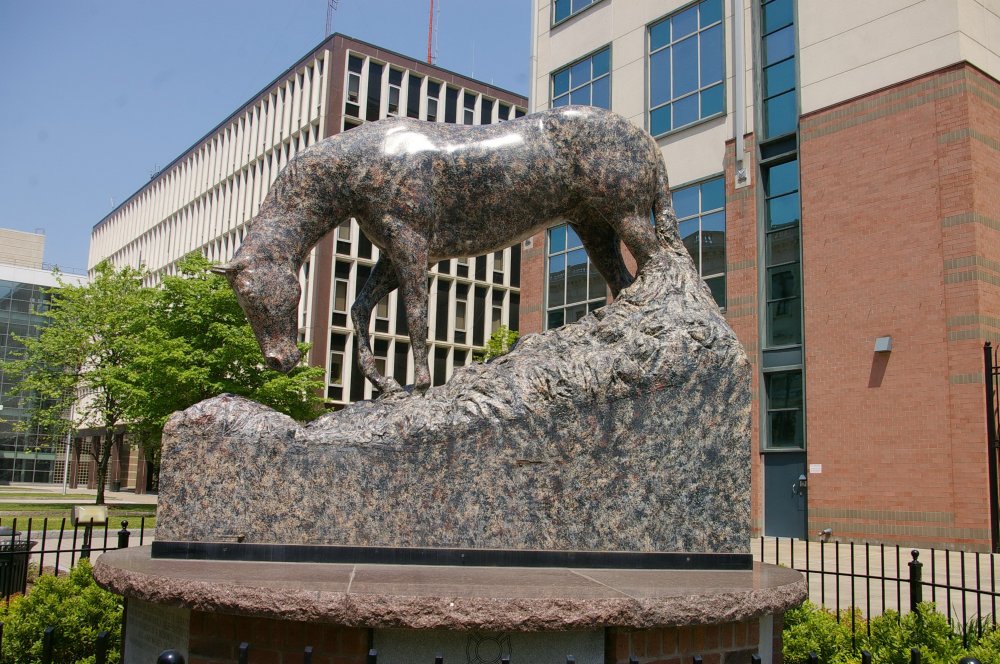