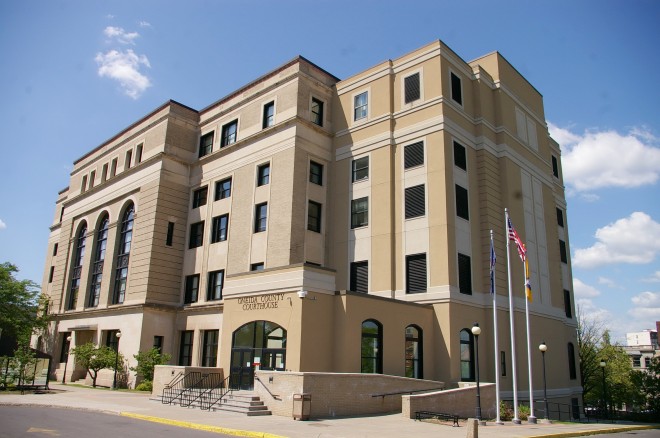 Oneida County is named for the Oneida Native America tribe.

Description:  The building faces north and is a five story buff colored brick and concrete structure. The building has an extended center section on the north and south with three high arched windows. The next section also extends from the main building. The entrance is at the southeast corner. The roof line is flat. The building was remodeled in 2003. The contractor was Greg Grate.

Note:  The Whitestown Courthouse was built in 1807 and is now the Town Hall of Whiresboro on the north side of Utica. 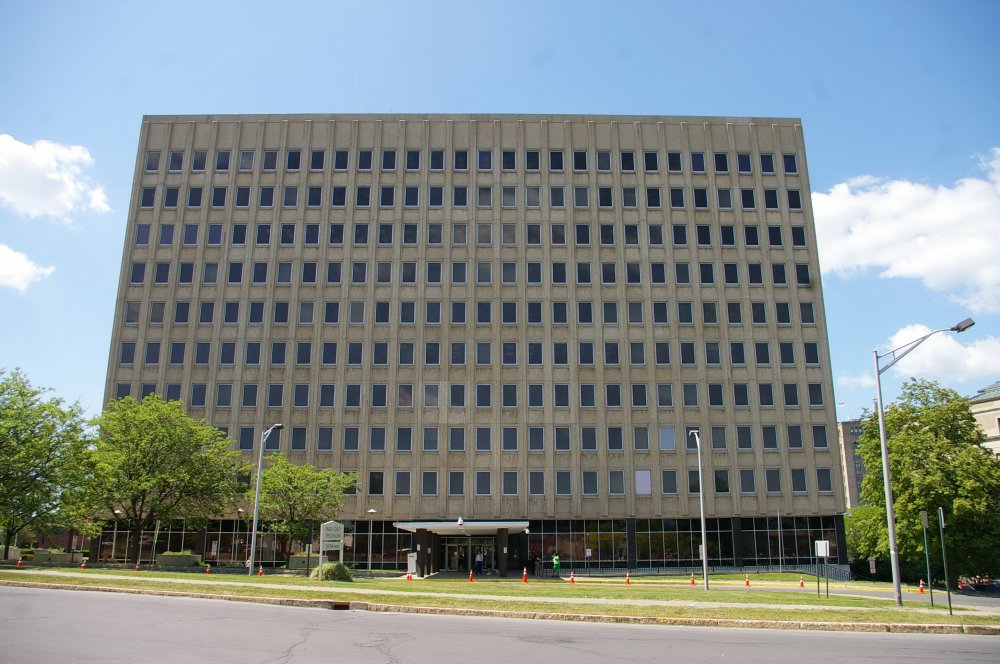 Description:  The building faces east and is a ten story concrete and glass structure. Vertical dividers run between the windows. The first story of the rectangular building is recessed. The roof line is flat. 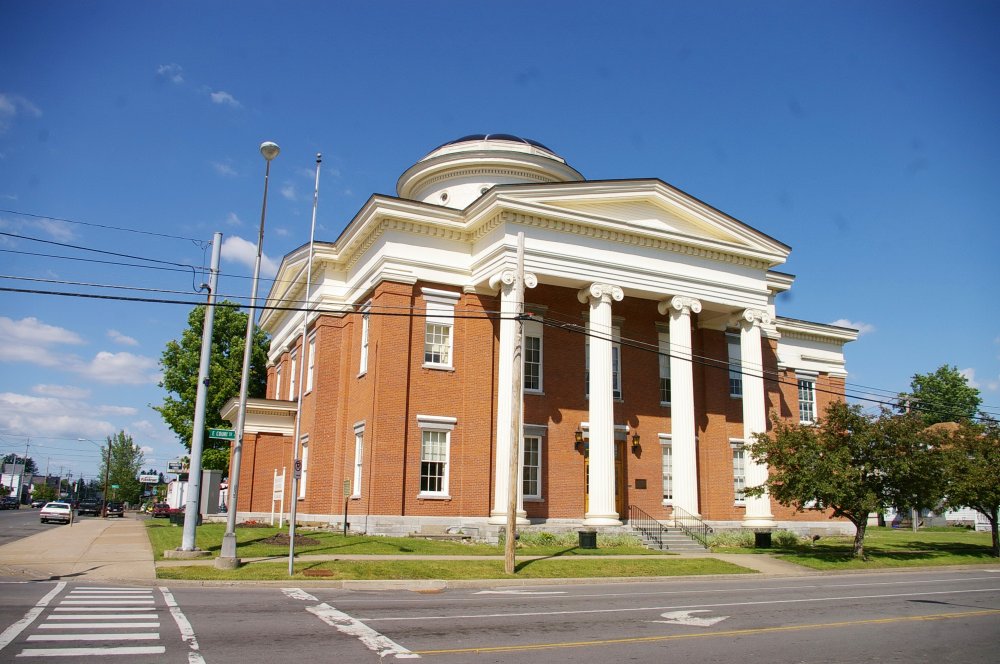 Description:  The building faces south and is a two story orange-red colored brick structure. The south front has a large portico supported by four high columns with pediment above. A wide horizontal band runs below the roof line with overhanging eave. On the center of the roof is a round dome with small round windows and with rounded roof.  An addition was added in 1874. Another addition was added in 1897. The architect was Jacob Agne, Jr. The wings were added to the building in 1902. The architect was F W Kirkland. 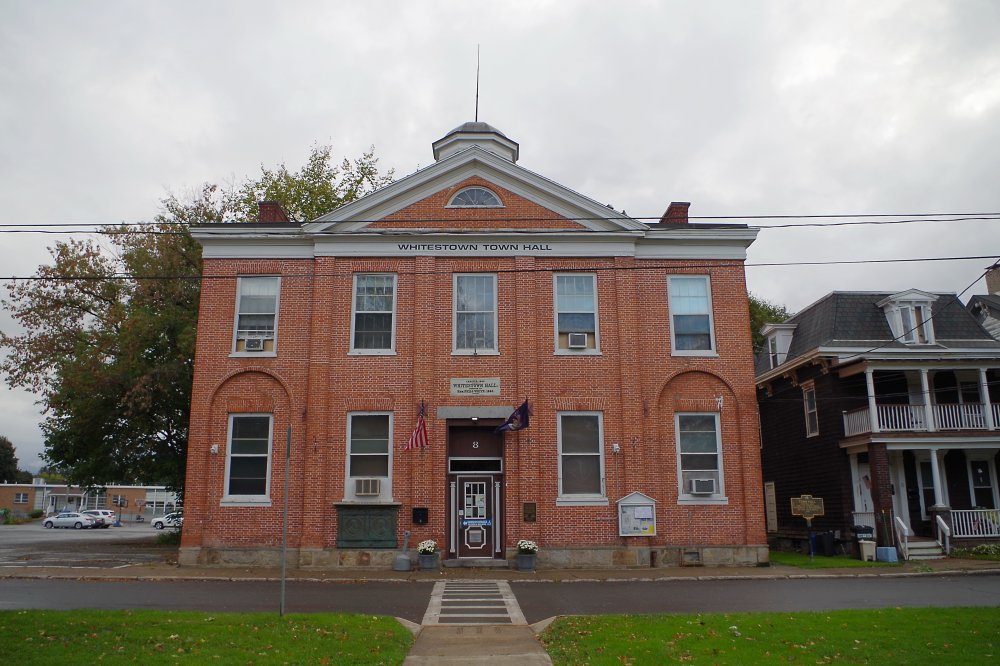 Description:  The building faces northeast and is a two story red colored brick and timber frame structure. The northeast front has a central entrance. The building has a stone foundation. The design of the five-bay façade is emphasized toward the center by four two story pilasters terminating at the top by wood cornices. Equally appealing is the triangular pediment which joins the roof. Atop the roof is an octagonal white colored cupola flanked by a large chimney on either end of the building.

Note:  The building served as courthouse until 1853 when the county seat was moved to Utica and the property reverted to the heirs of Hugh White. In 1860, the property was re-donated to the Town of Whitestown and Village of Whitesboro. 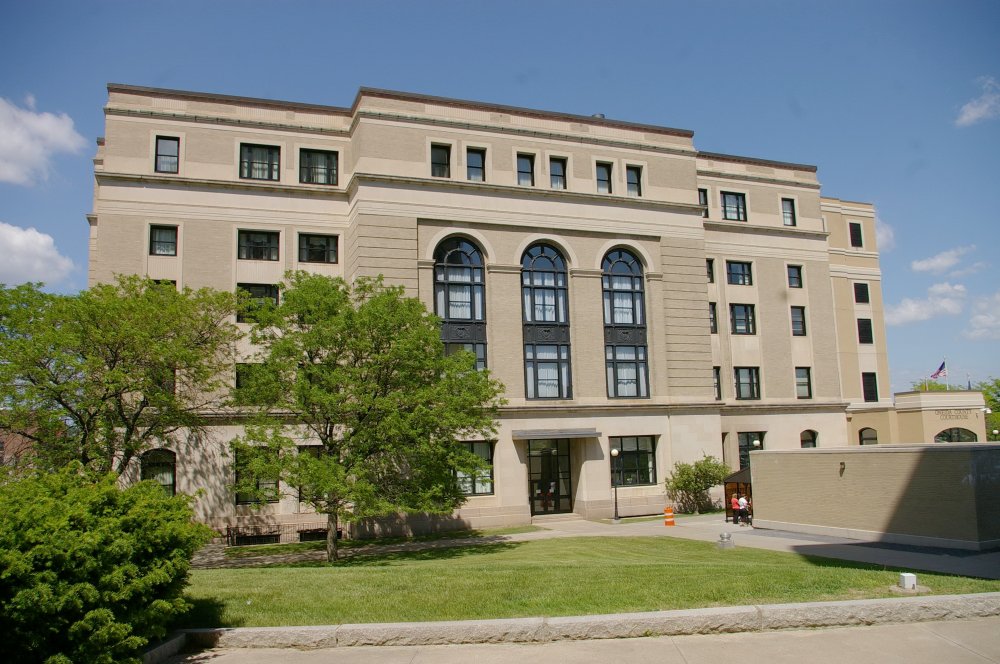 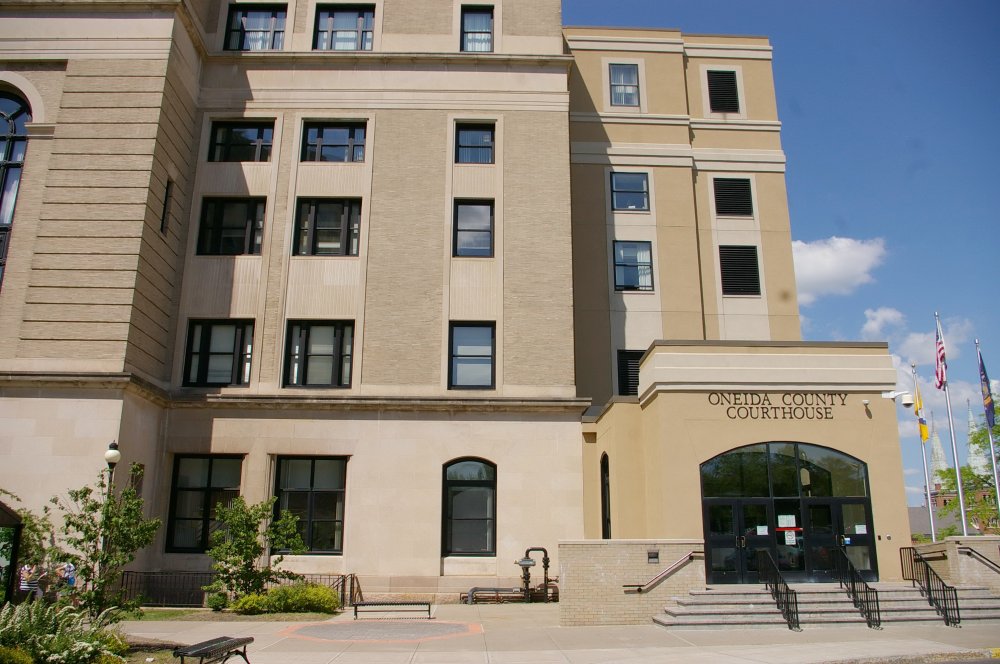 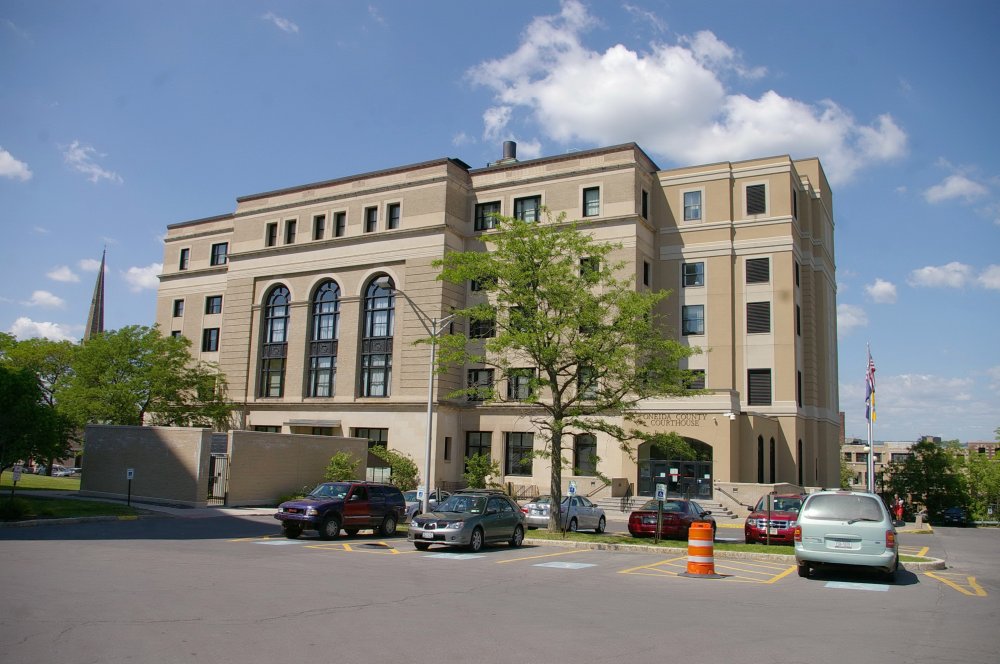 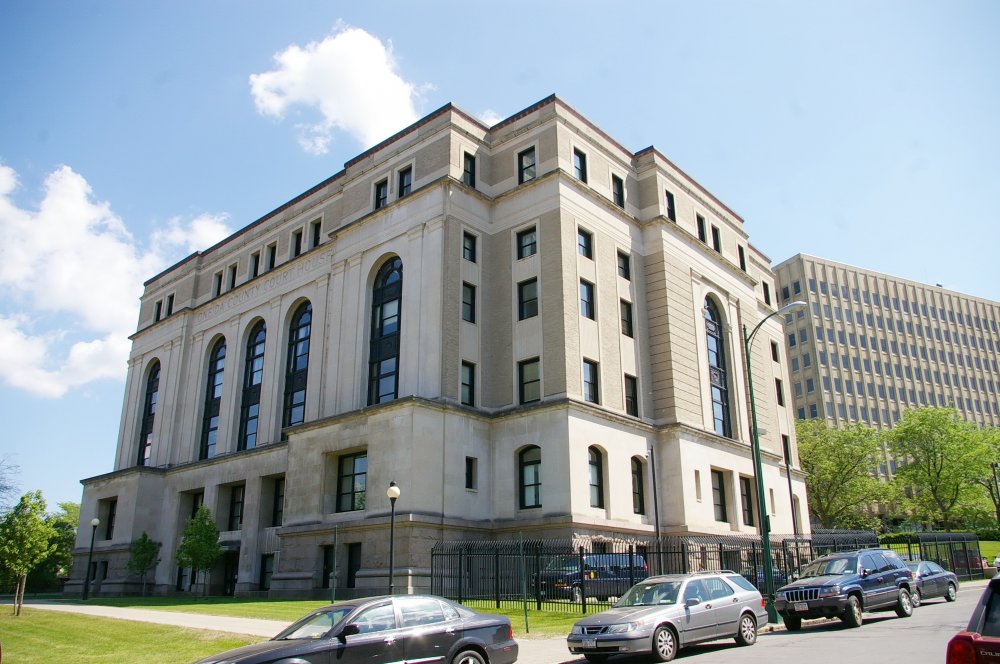 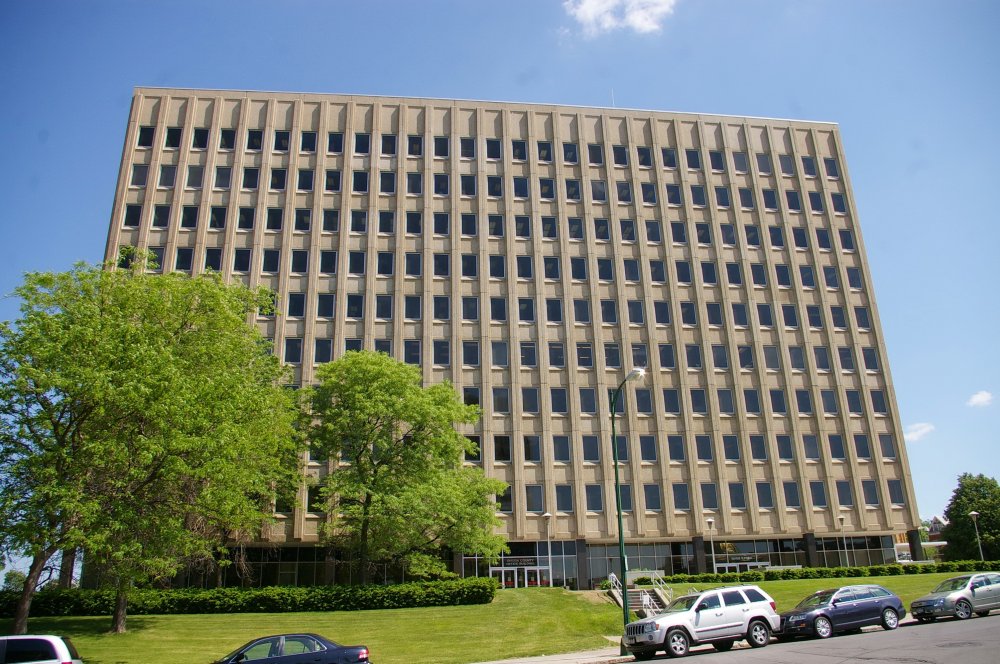 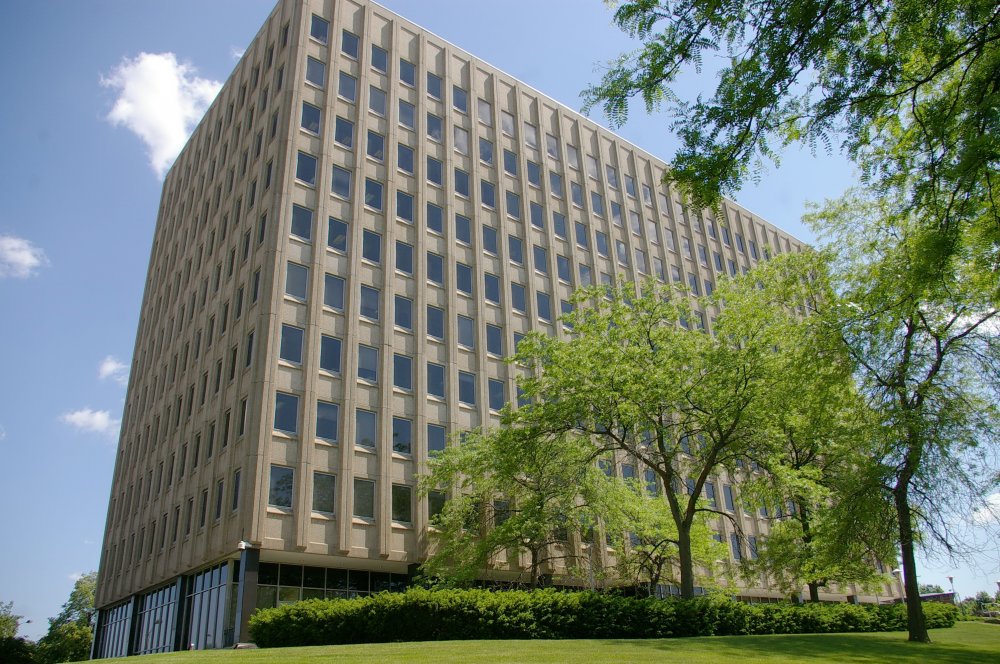 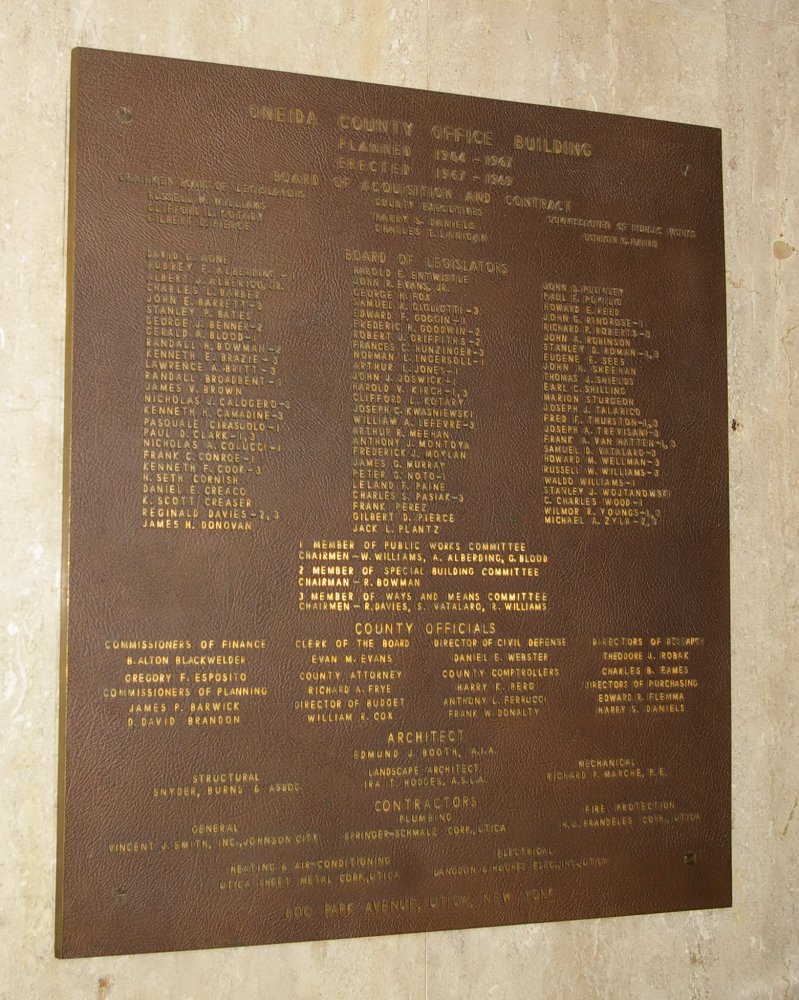 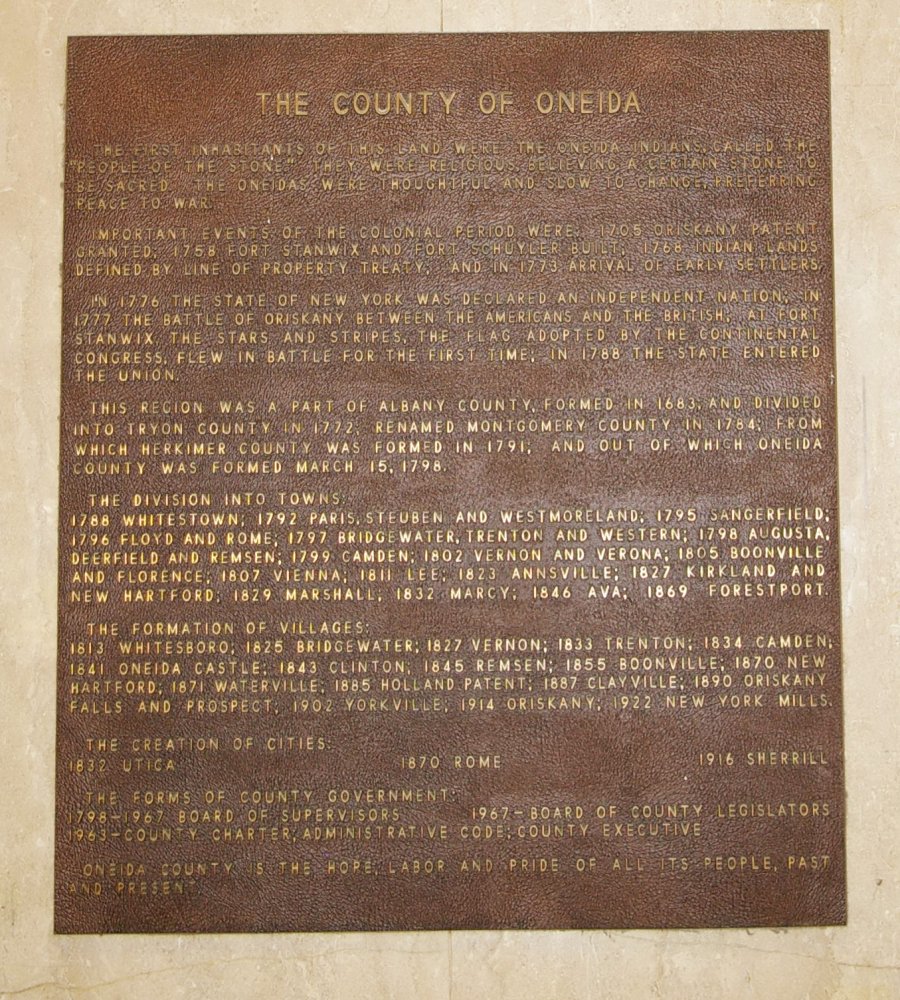 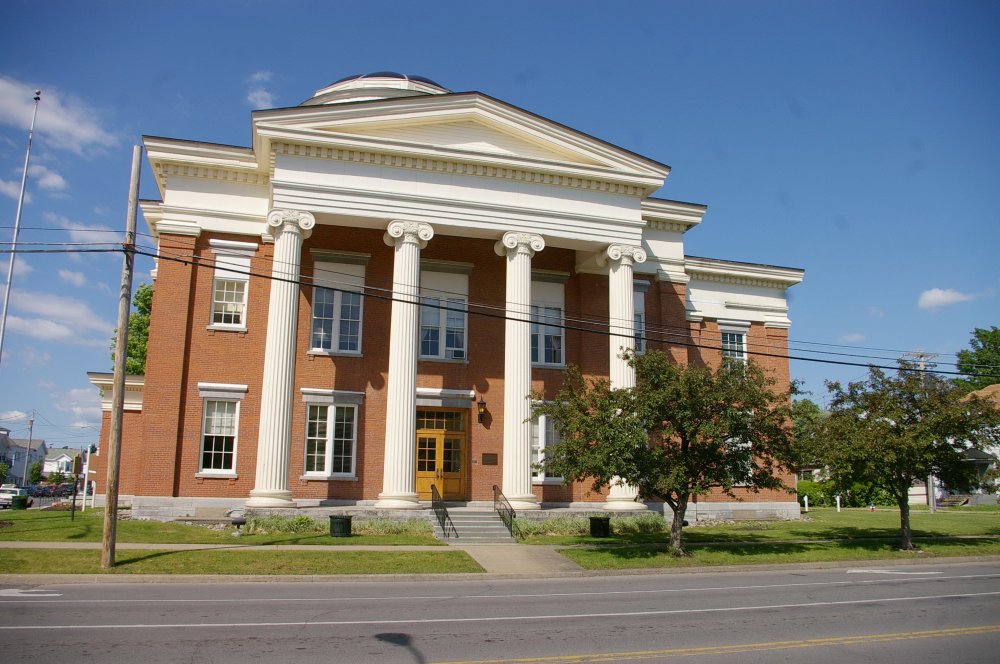 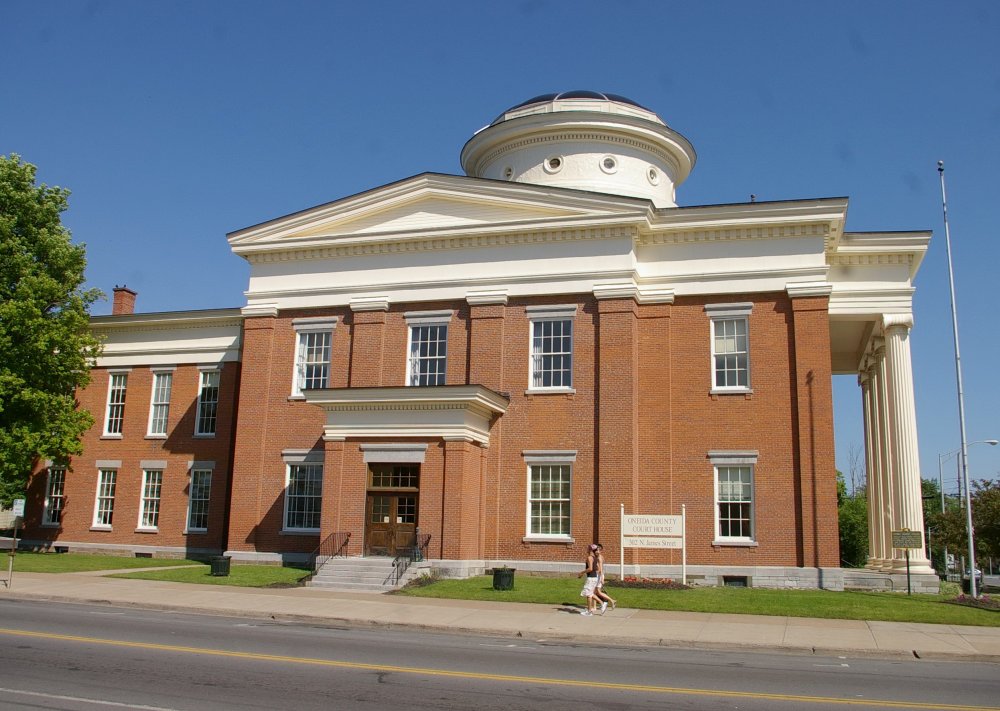 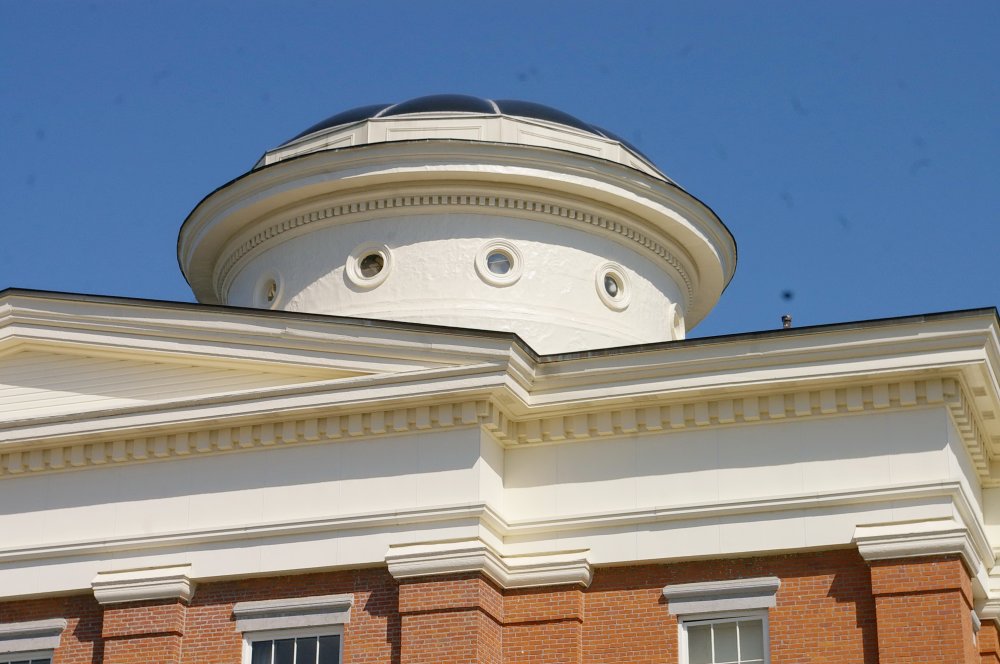 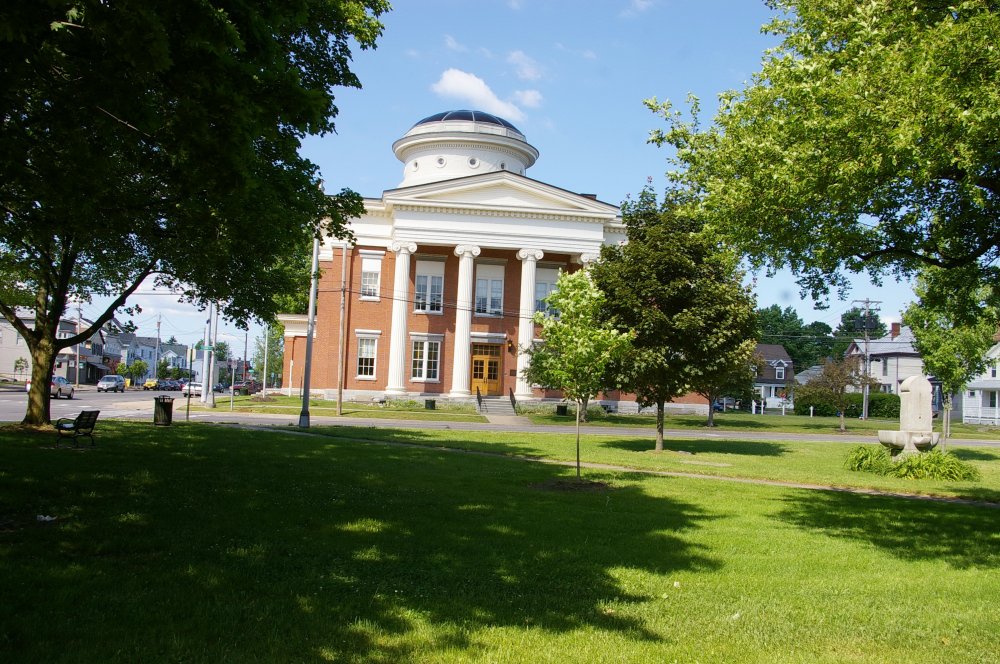 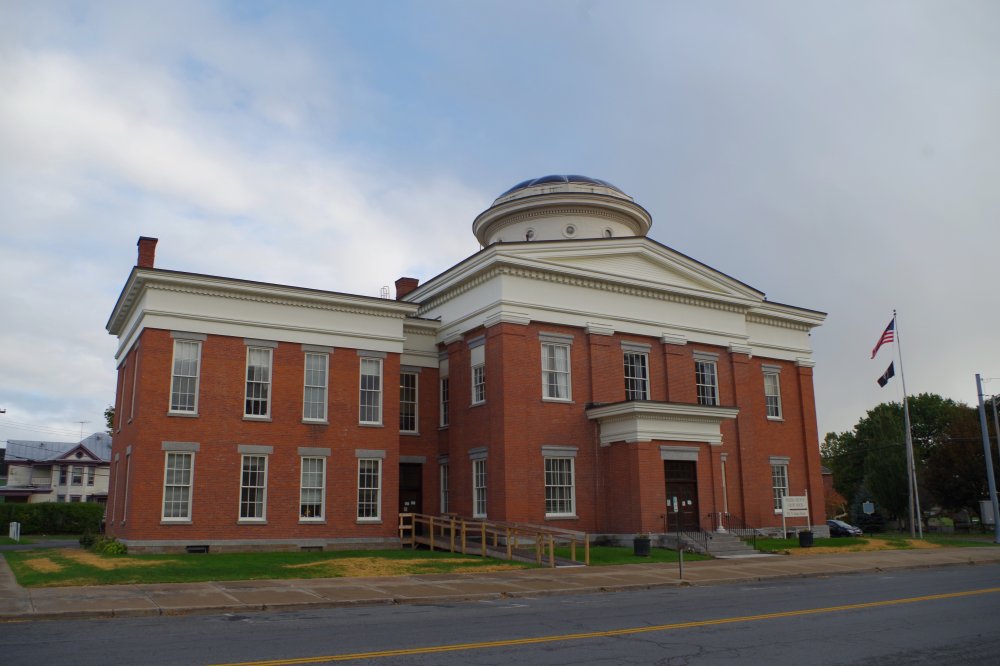 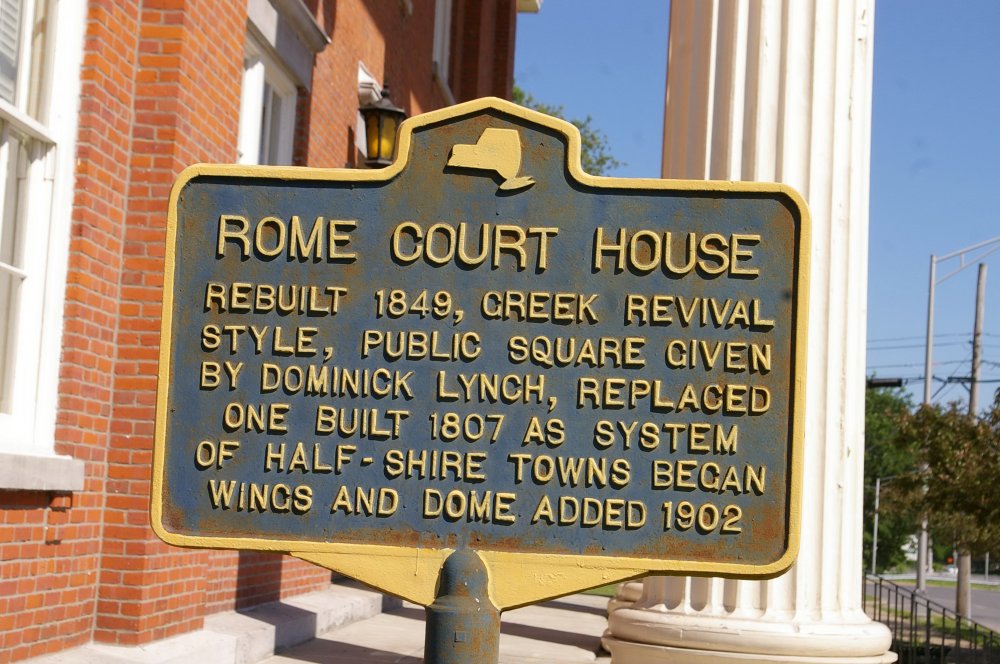