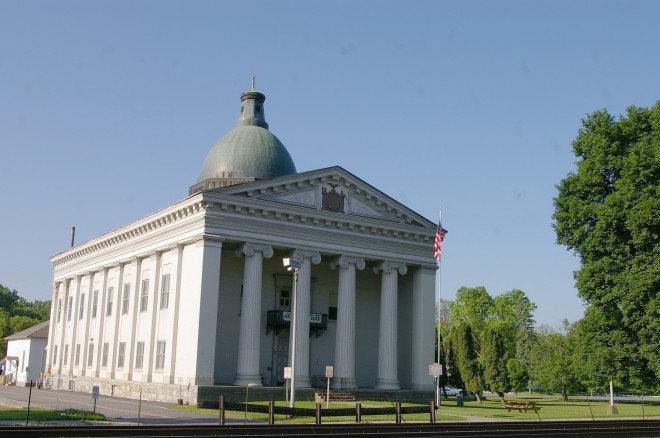 Description:  The building faces north and is a two story white colored brick structure. The north front has a wide porch with four large columns rising to a wide pediment at the roof line. The entrance is recessed. On the center of the roof is a large green colored roofed dome with cupola at the top. 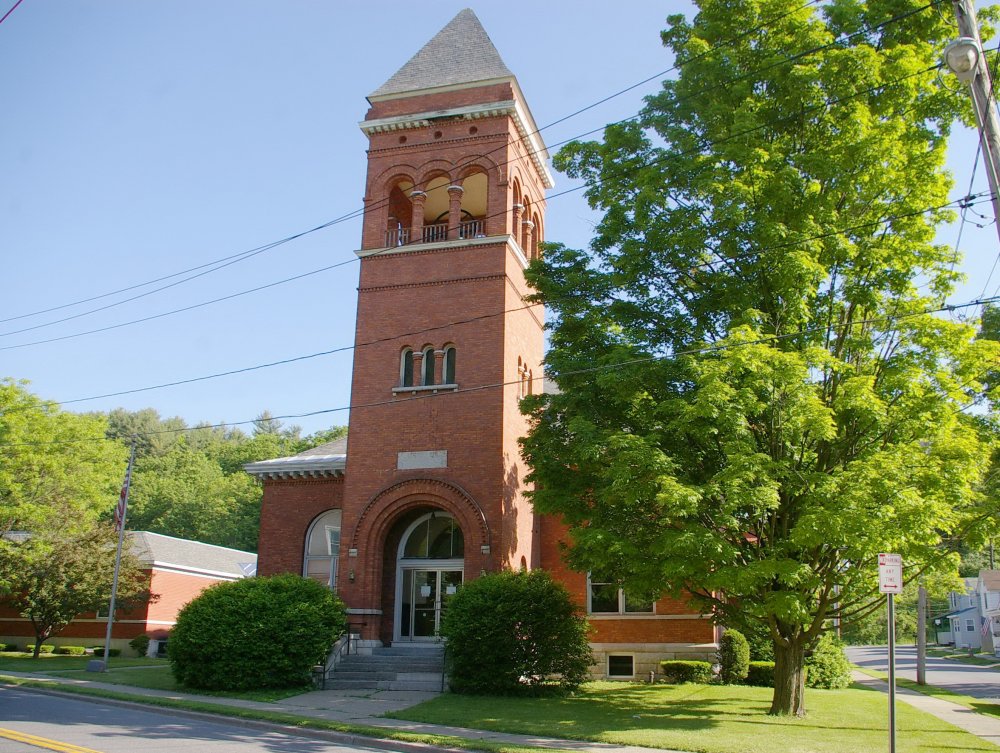 Description:  The building faces south and is a one story red colored brick structure. The south front has a high central square red colored brick tower with open section at the third story and steep roof. At the base of the tower is the arched recessed entrance. A one story addition was added on the north side in 1987. The architect was William E Cooper and the contractor was Mantei & Son Construction Company. 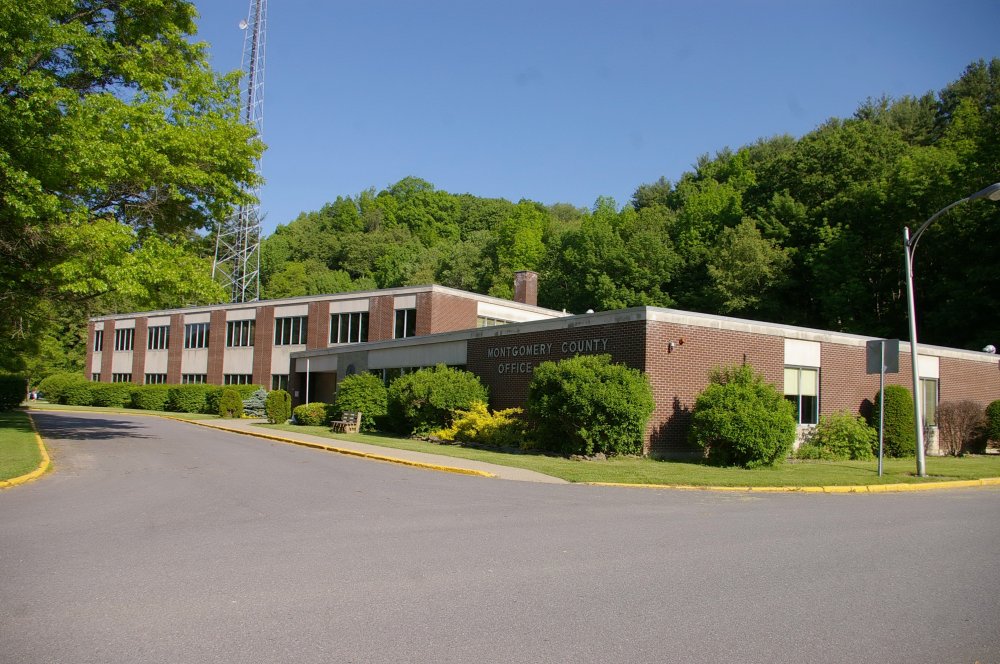 Description:  The building faces south and is a two story red colored brick and concrete structure. The east wing is one story. The west wing is two stories with white colored panels between the first and second story windows. The roof line of both section is flat. 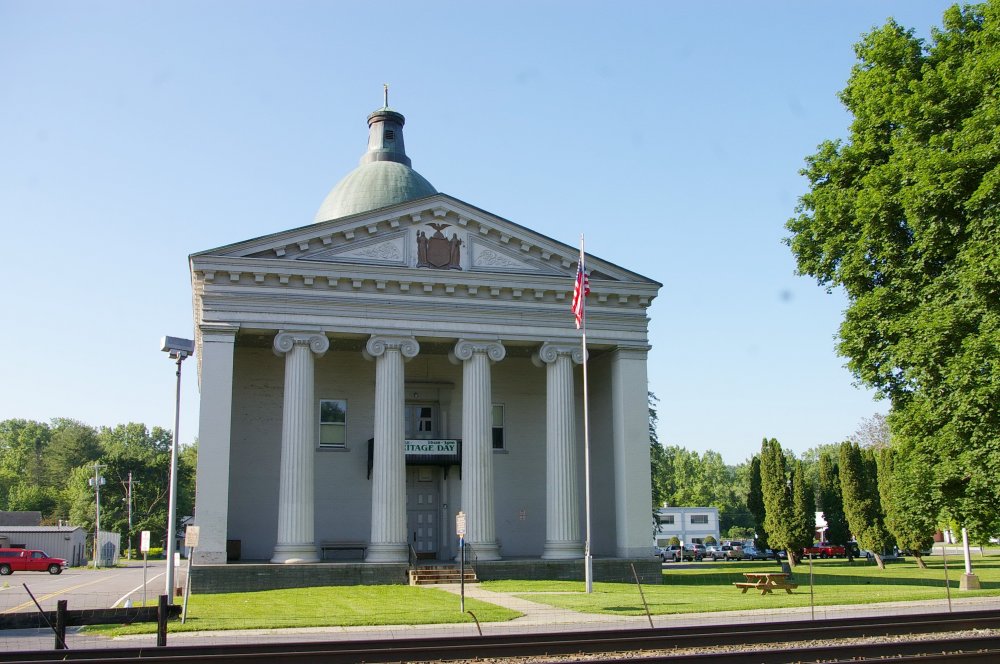 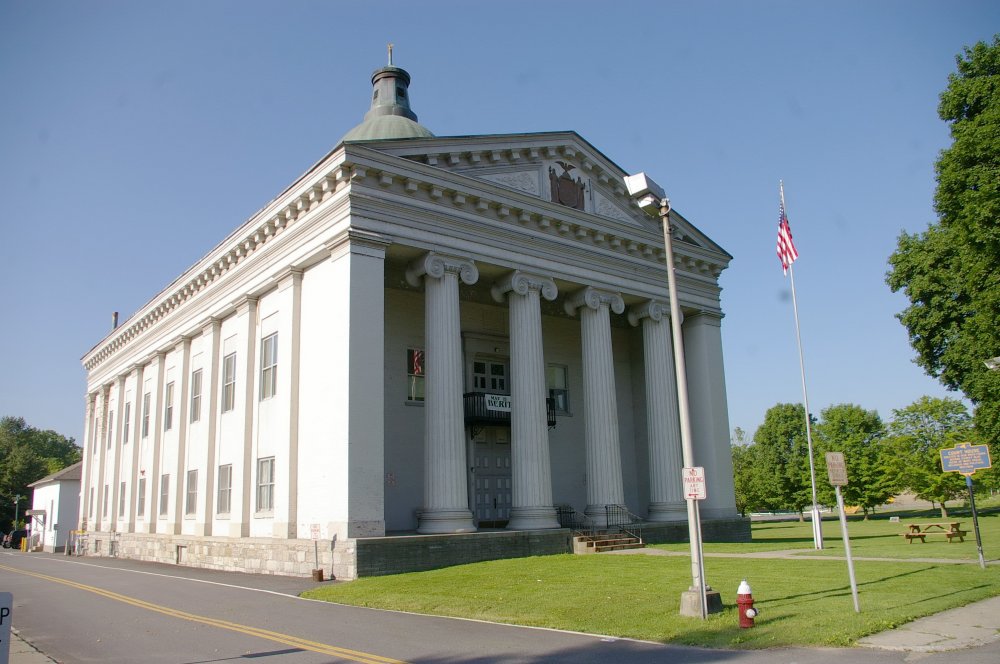 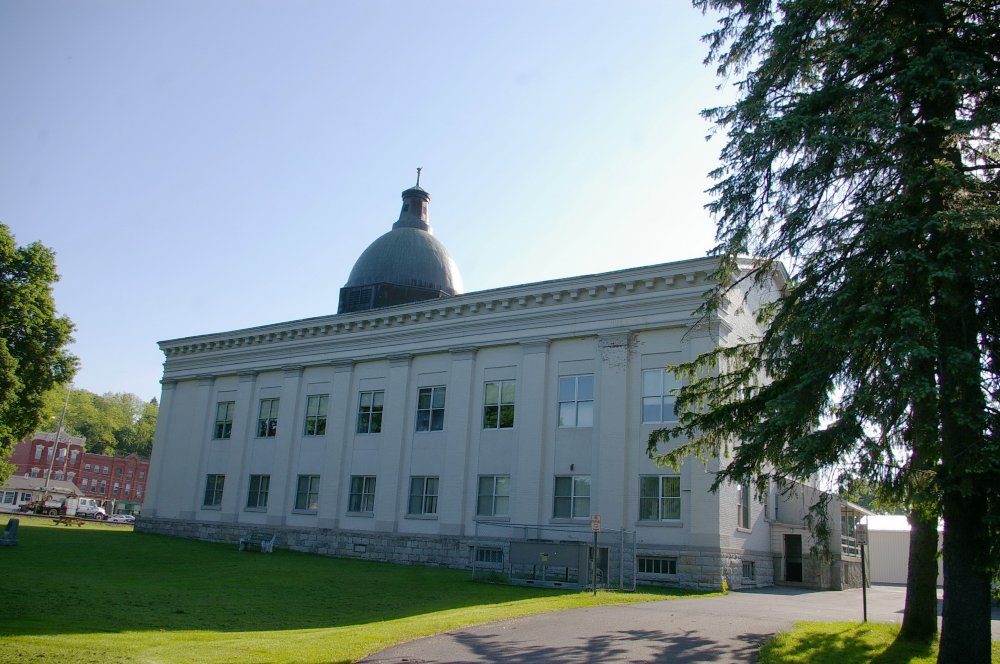 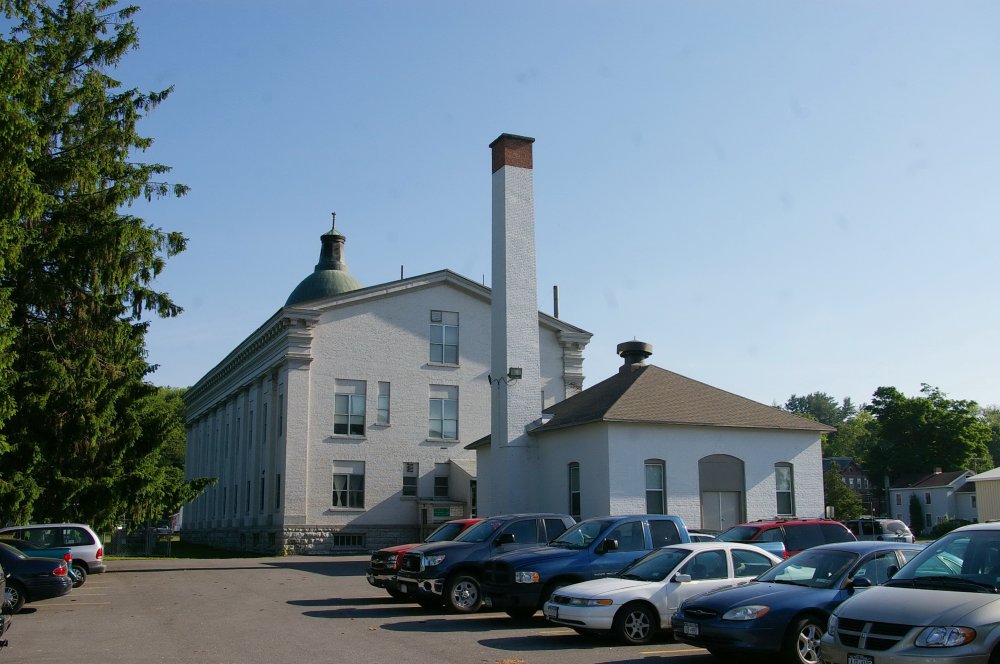 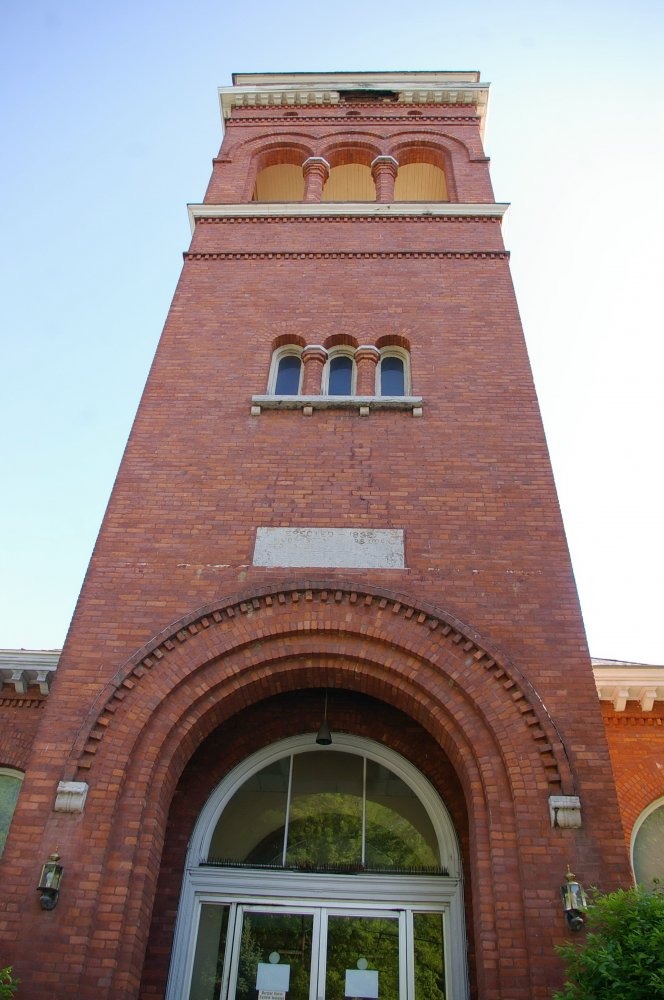 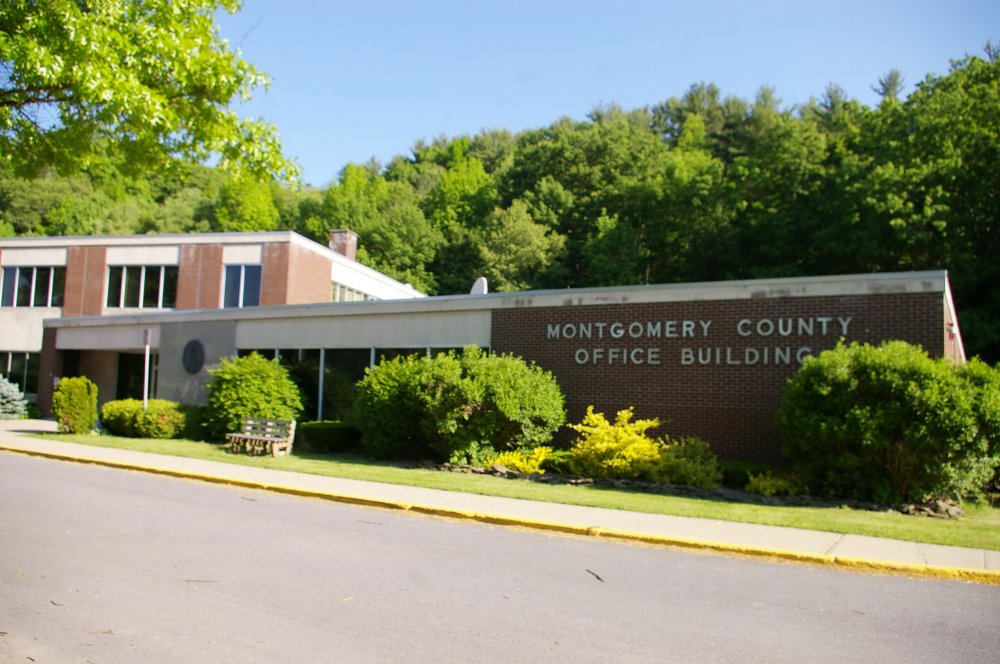 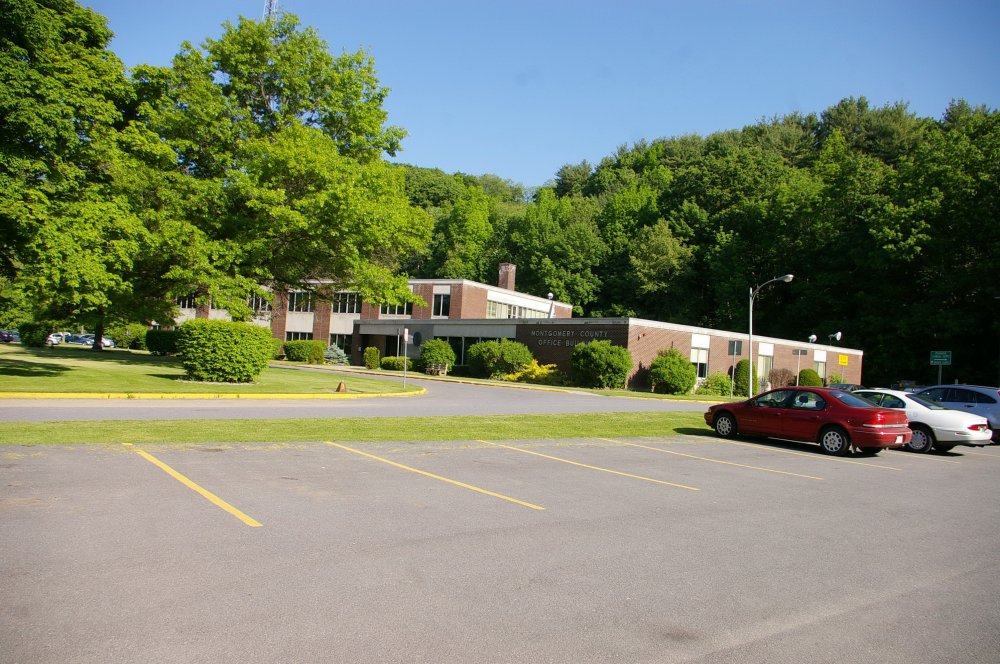