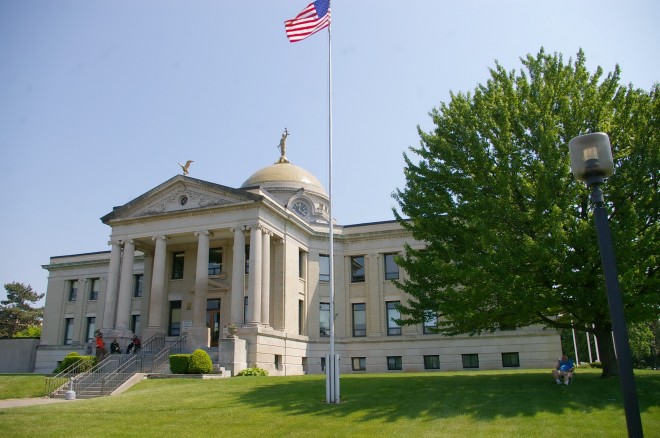 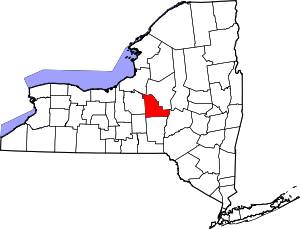 Description:  The building faces north and is a two story buff colored brick, stone and concrete structure. The building is located on landscaped grounds in the center of Wampsville. The building is constructed in the form of a “T”. The north front has a large projecting portico with eight columns rising to a wide pediment at the roof line. At the top of the pediment is an eagle in flight. A wide cornice runs below the flat roof line. On the center of the roof is a large round dome with gold colored roof and the Statue of Justice at the top. 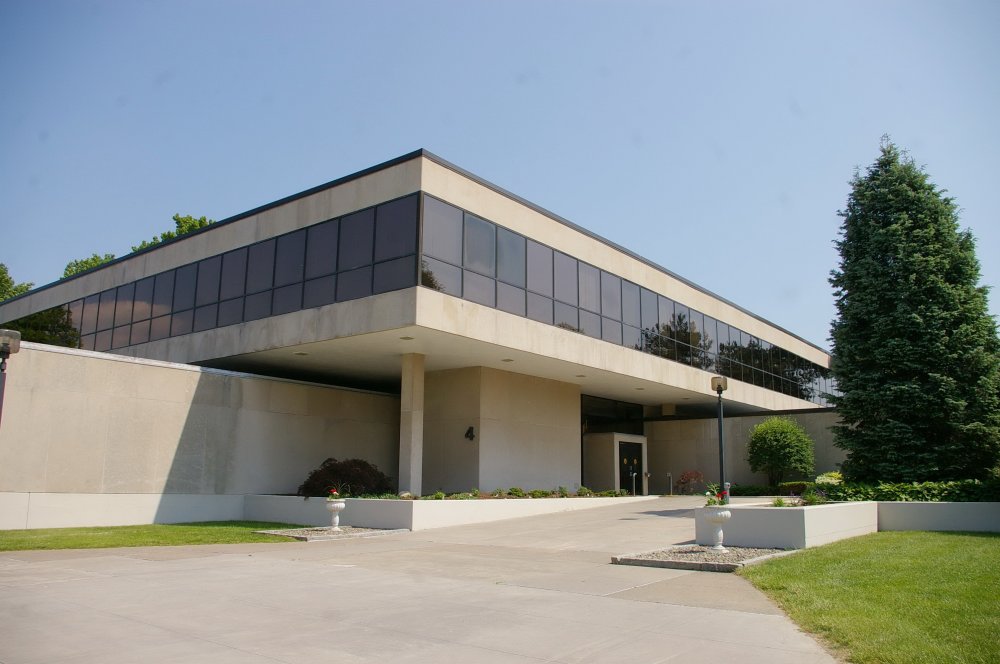 Description:  The building faces north and is a two story limestone and glass structure. the building is located on landscaped grounds in the center od Wampsville on the south side of the courthouse. The first story is recessed. The second story has horizontal glass walls. The roof line is flat. The building is named as the Veterans Memorial Building. 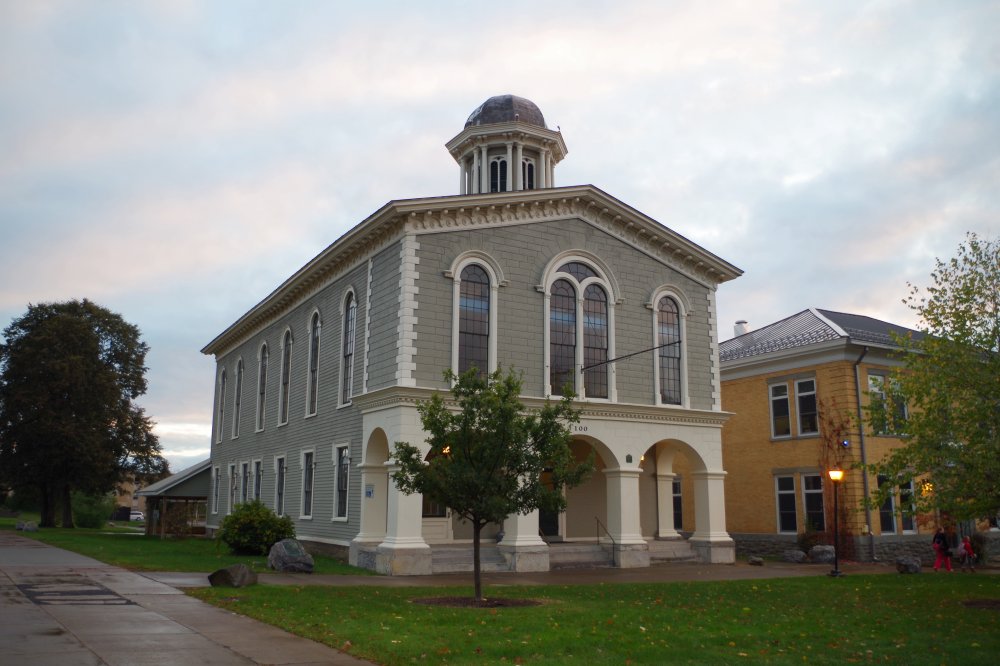 Description:  The building faces north and is a two story rectangular structure. The building is located on landscaped grounds of the campus of the State University of New York in Morrisville. The building is named as the Madison Hall. The north front has a one story porch with three arches. On the second story is a large arched window with narrow arched windows on either side. On the roof is an octagonal cupola. The roof is hipped.  An addition was added in 1872. 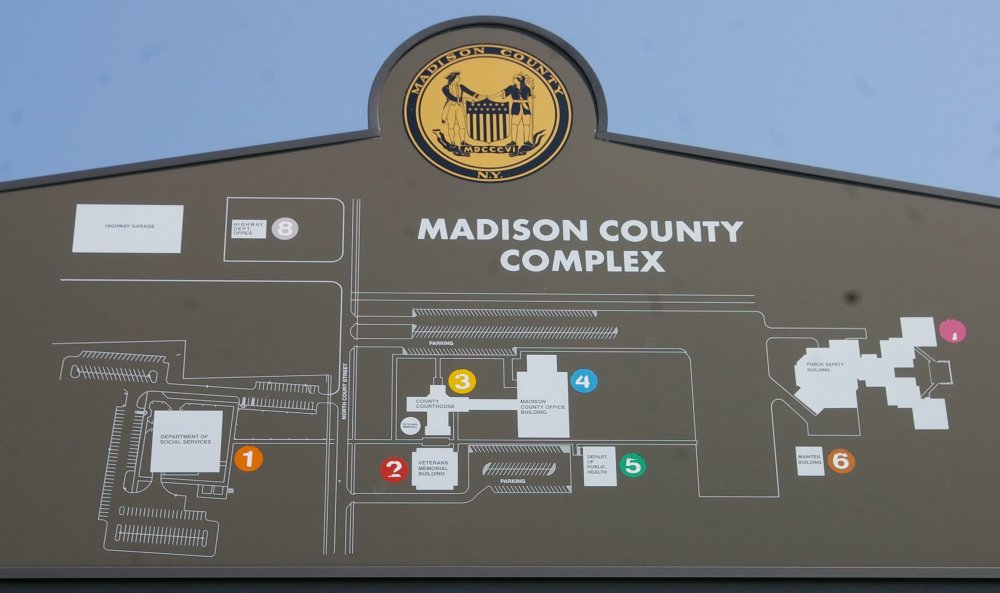 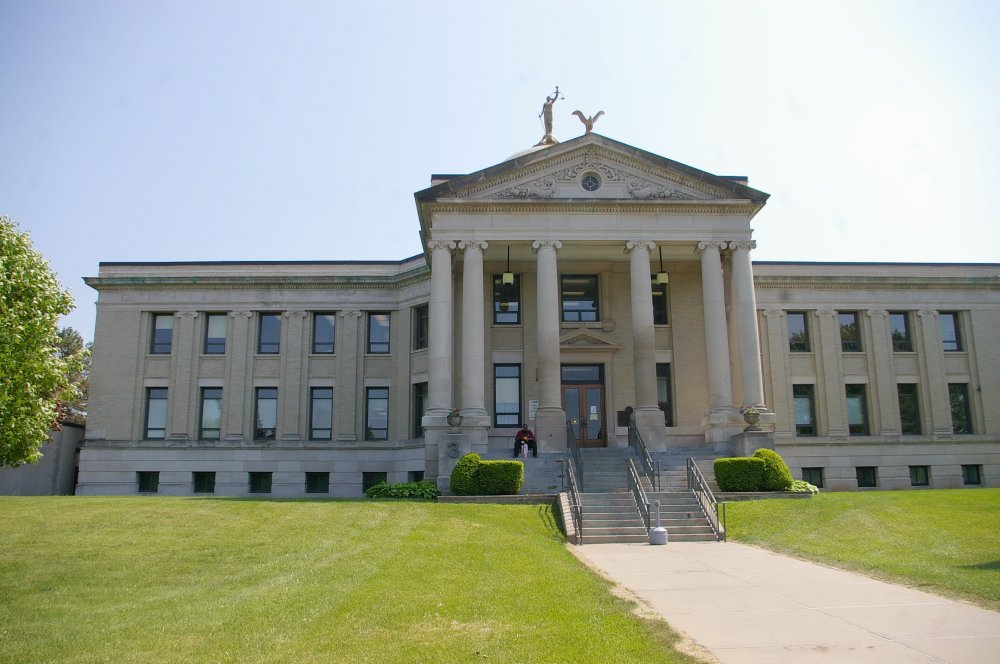 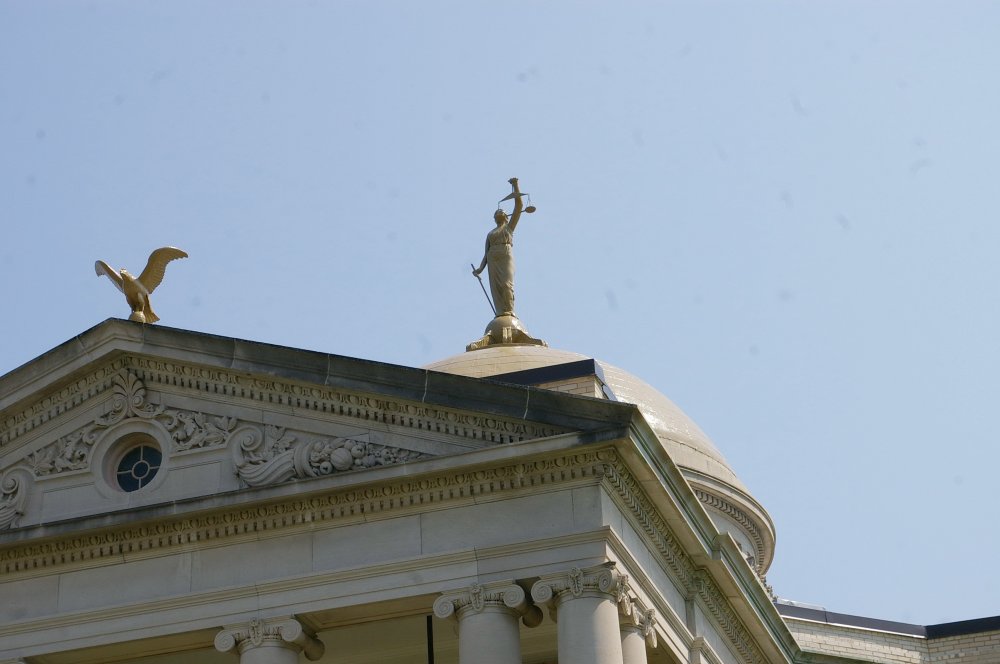 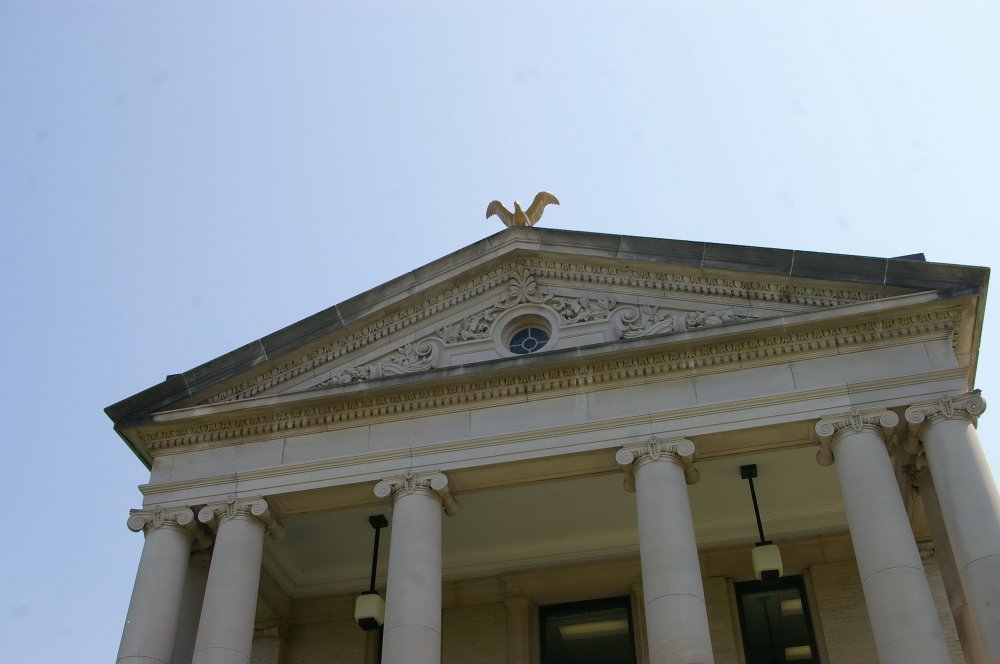 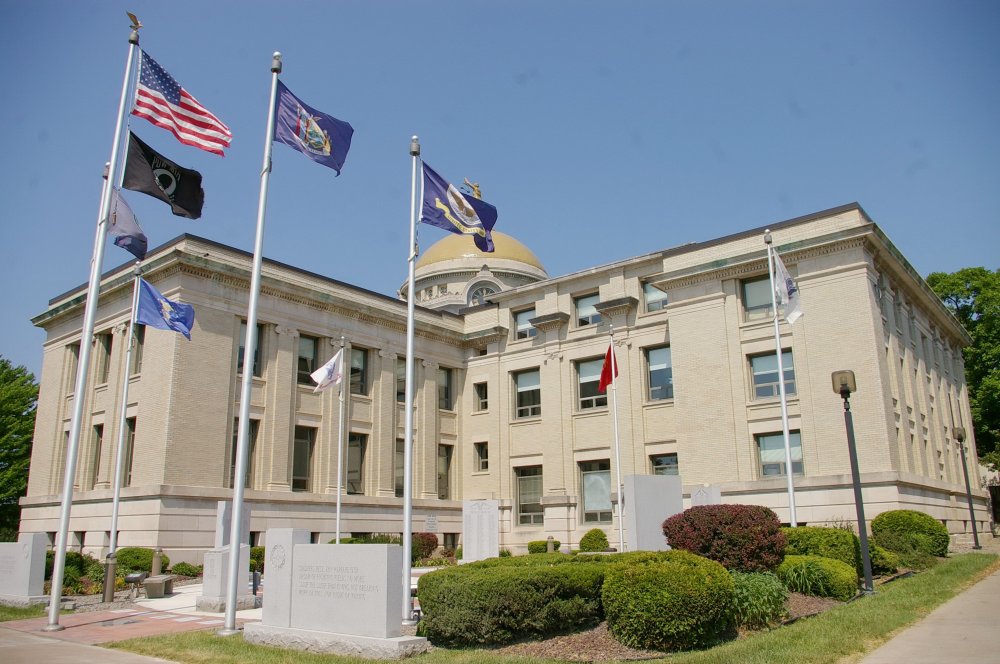 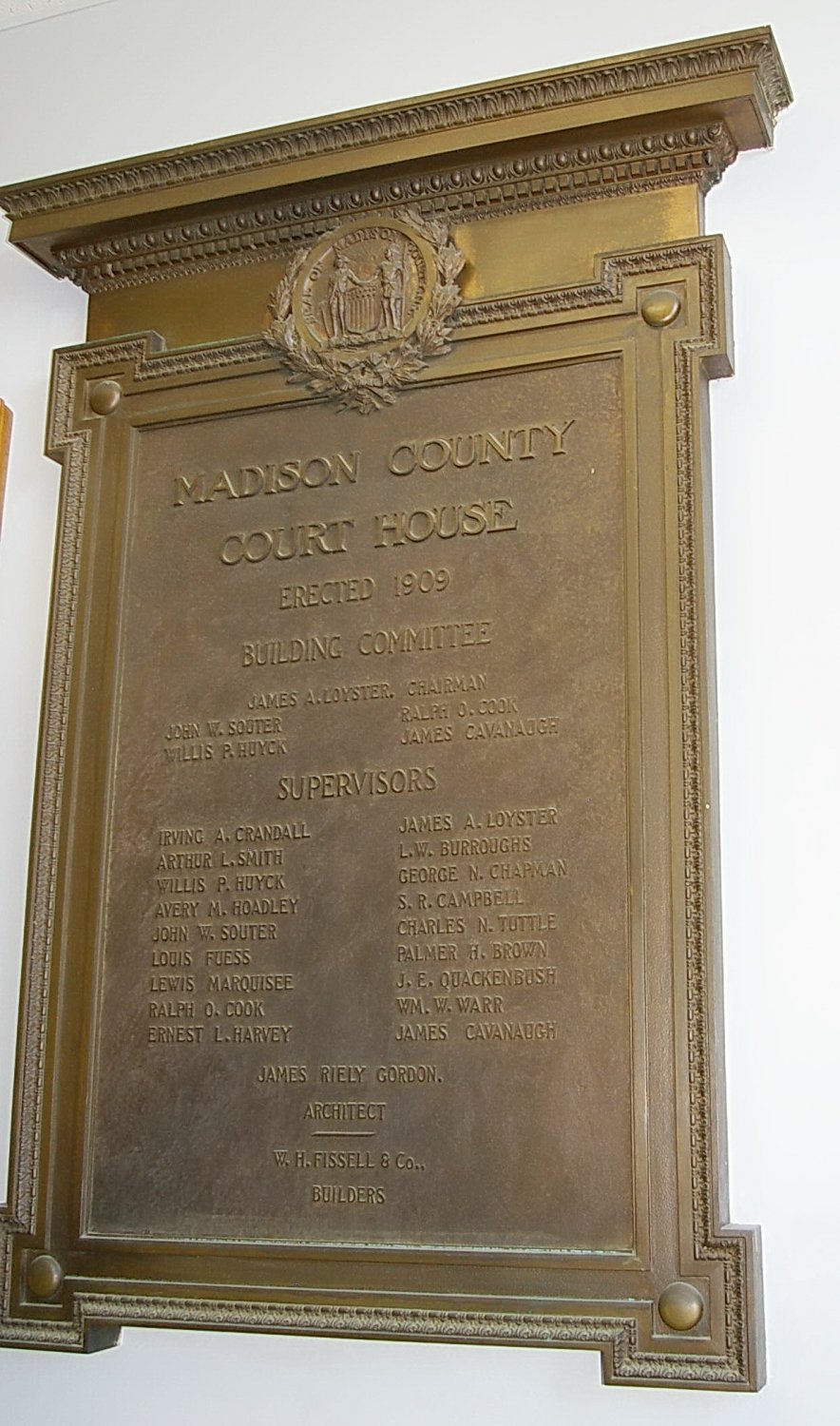 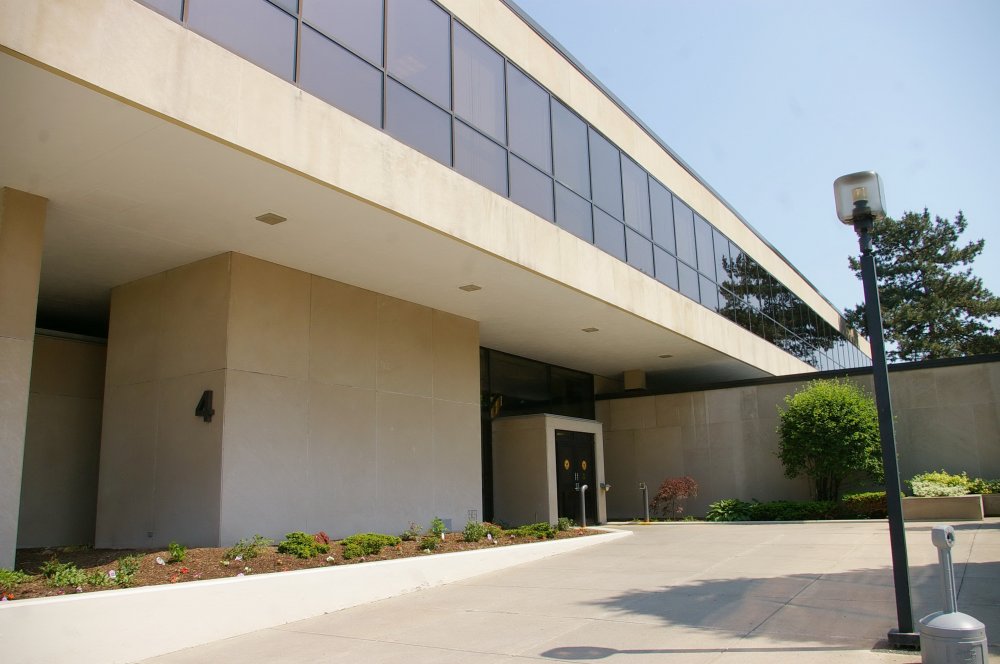