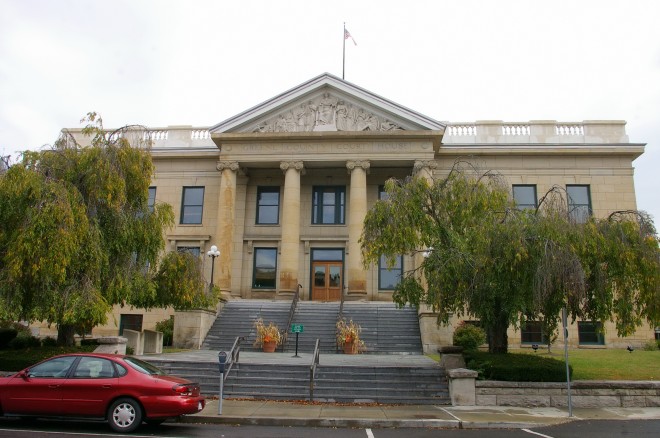 Greene County is named for Nathanel Greene, who was a general during the American Revolutionary War.

Description:  The building faces west and is a two story stone and concrete structure. The building is located on landscaped grounds in the center of Catskill. The west front has a large portico with four high columns rising to a pediment with frieze at the roof line.  A balustrade runs along the top of the roof line. On the center of the roof is a large black colored dome. The large courtroom is located on the south side of the second story. An addition was constructed on the south side in 2010. The architect was Environ Architect and the contractor was The Palombo Group. 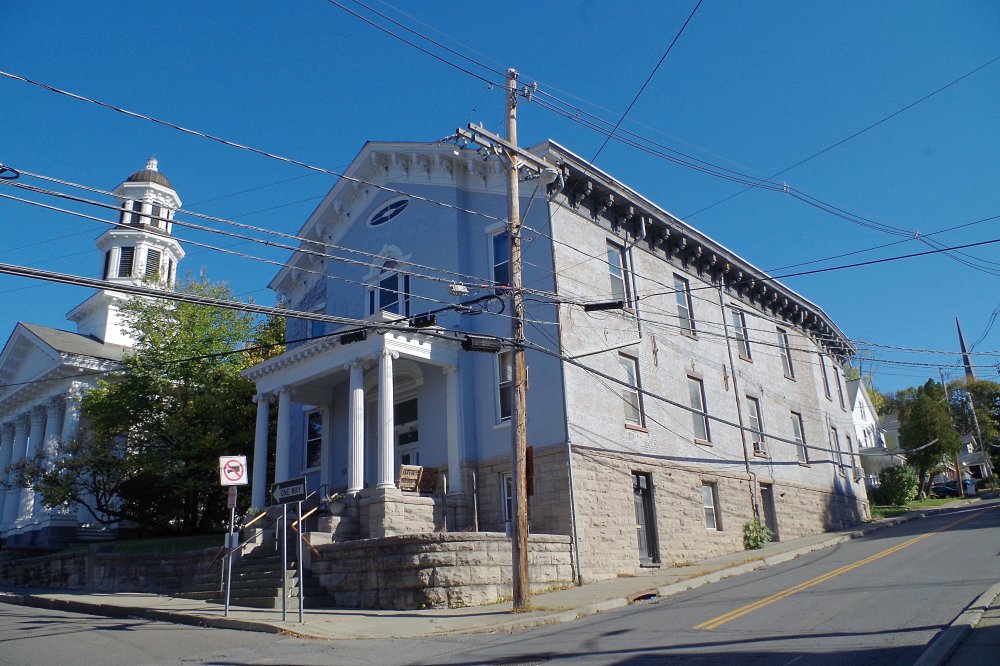 Description:  The building faces west and is a two story blue colored brick structure.  The building is located in the center of Catskill to the northeast of the courthouse. The west front has a one story porch supported by four white colored columns. On the second story is arched. The roof is hipped. The foundation is stone. The building served as the courthouse until 1909 and then served as the Masonic Temple and now houses a law firm. 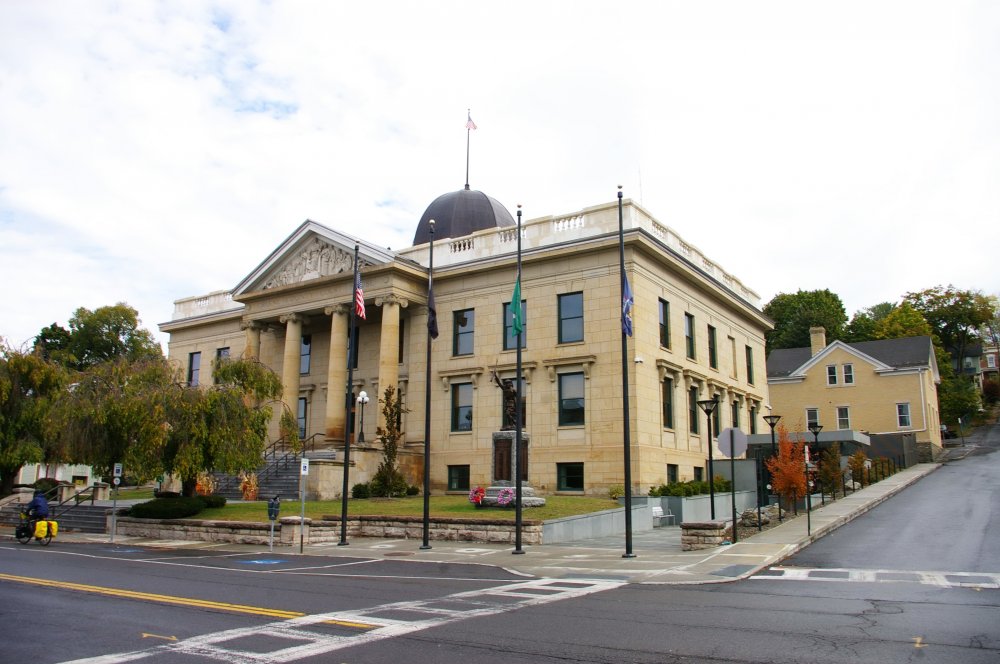 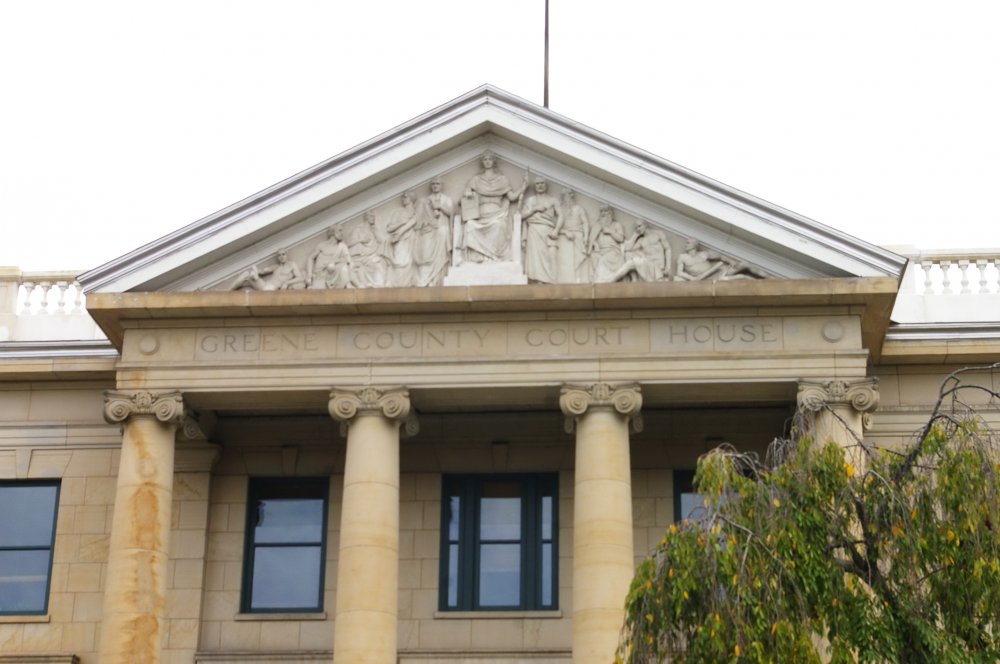 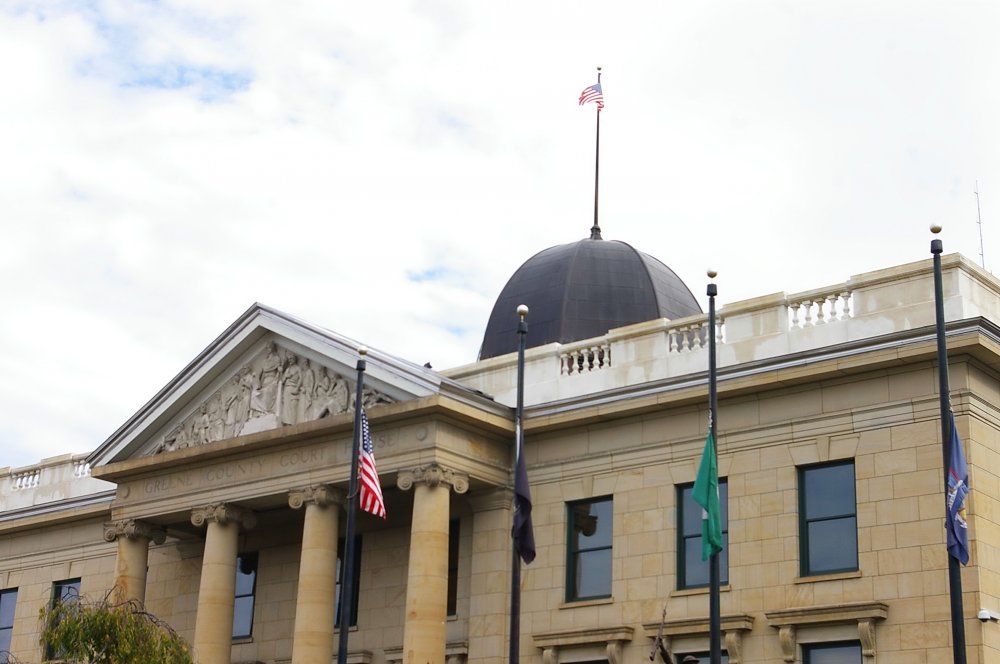 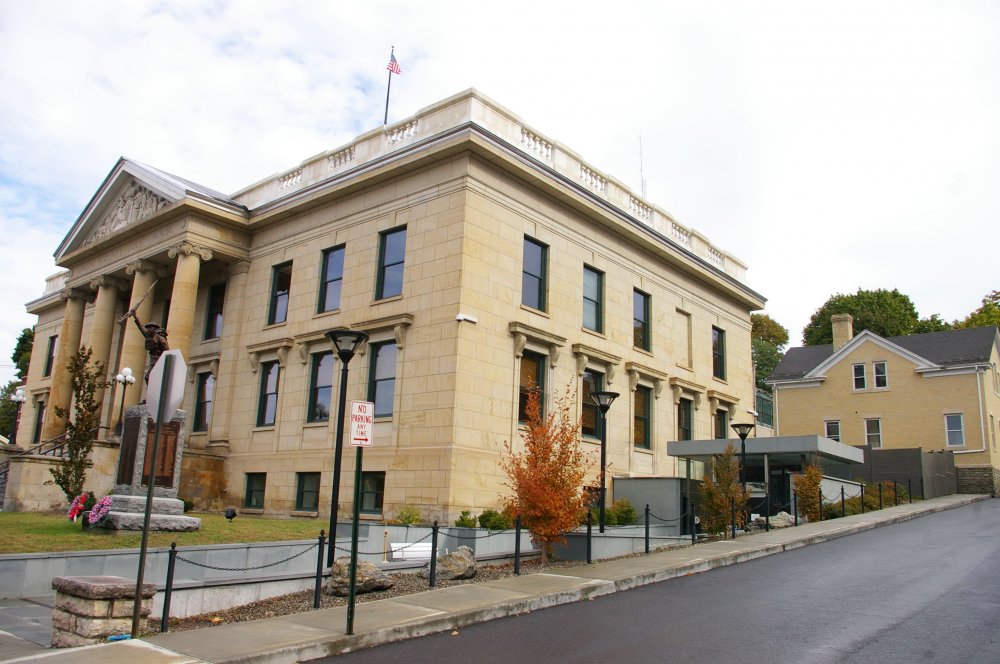 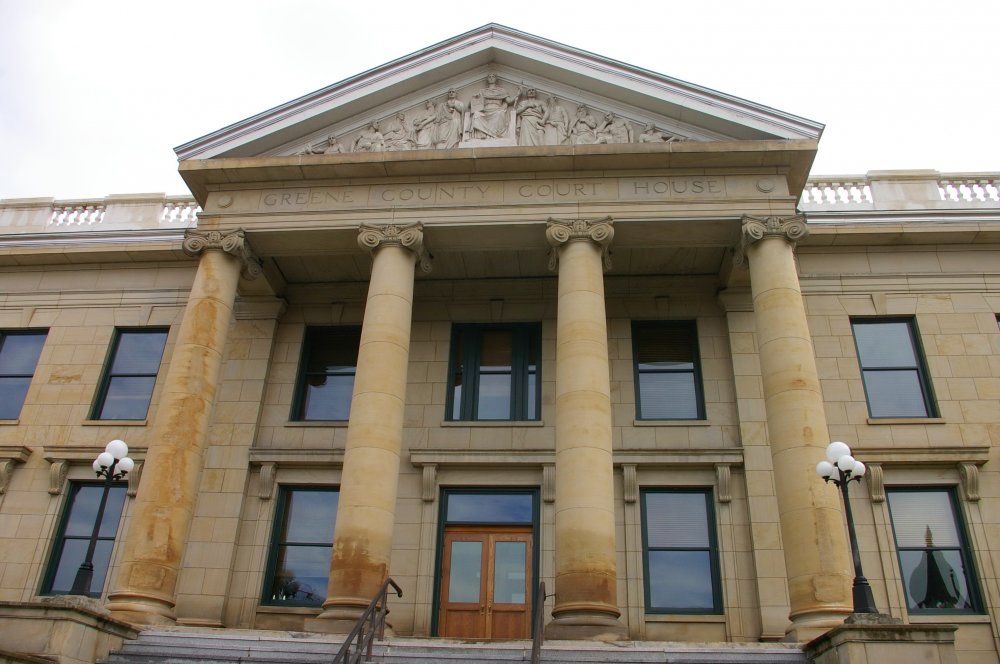 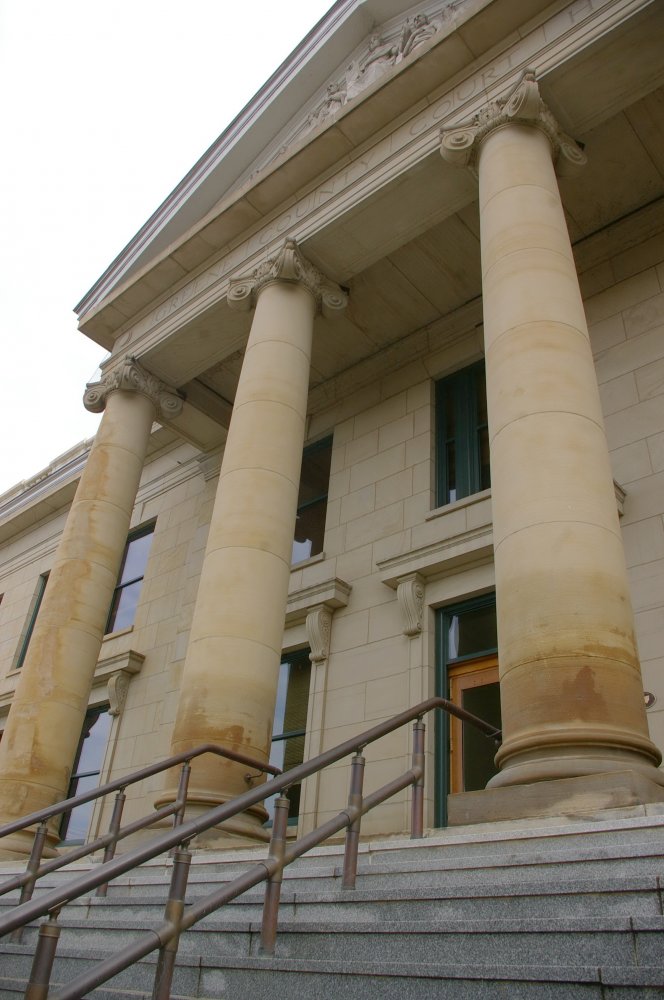 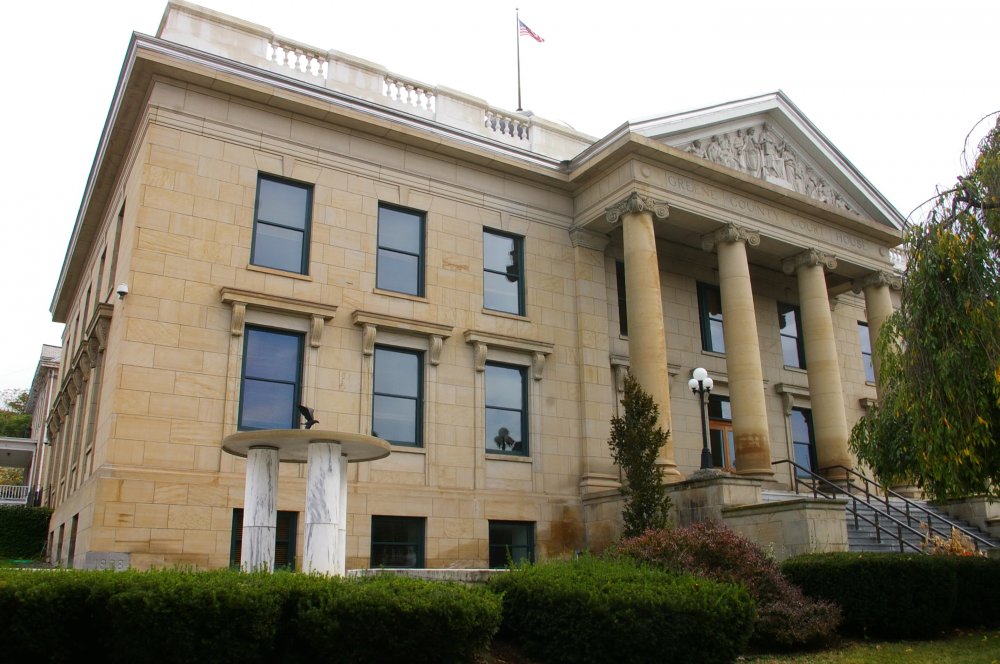 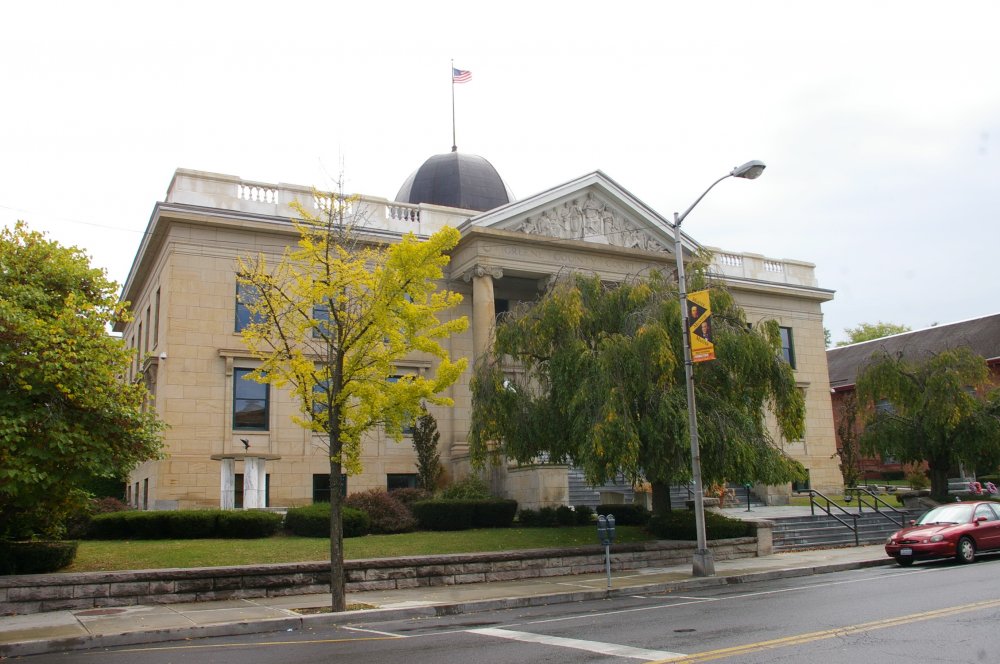 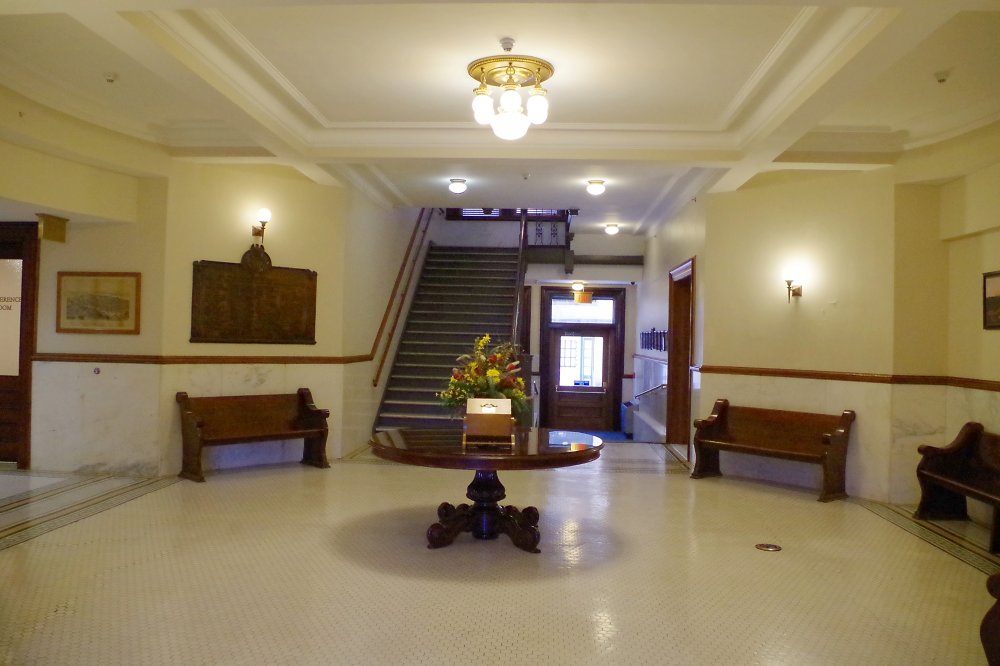 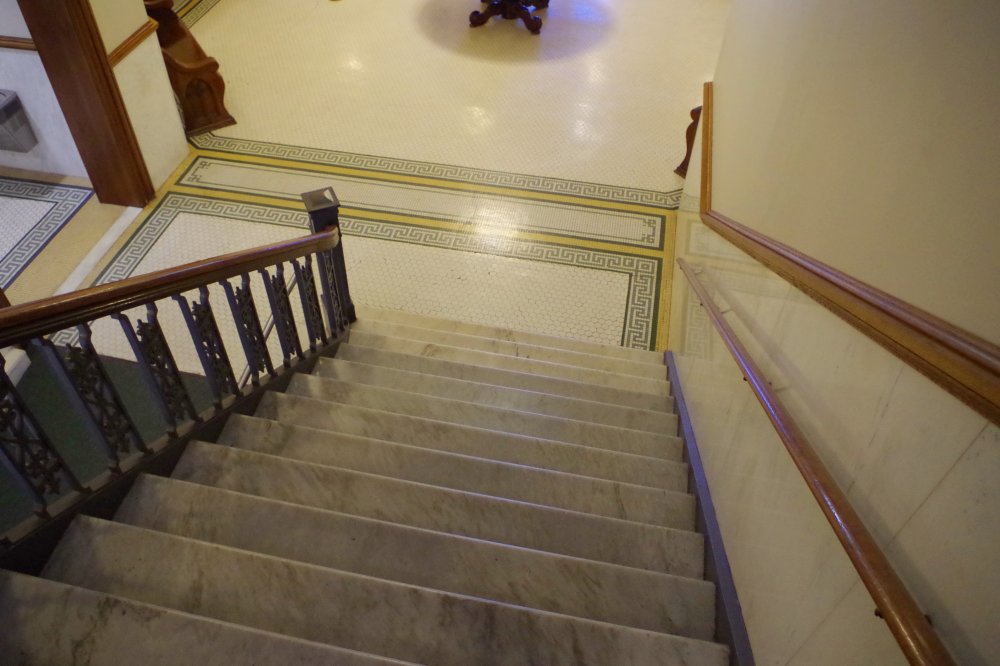 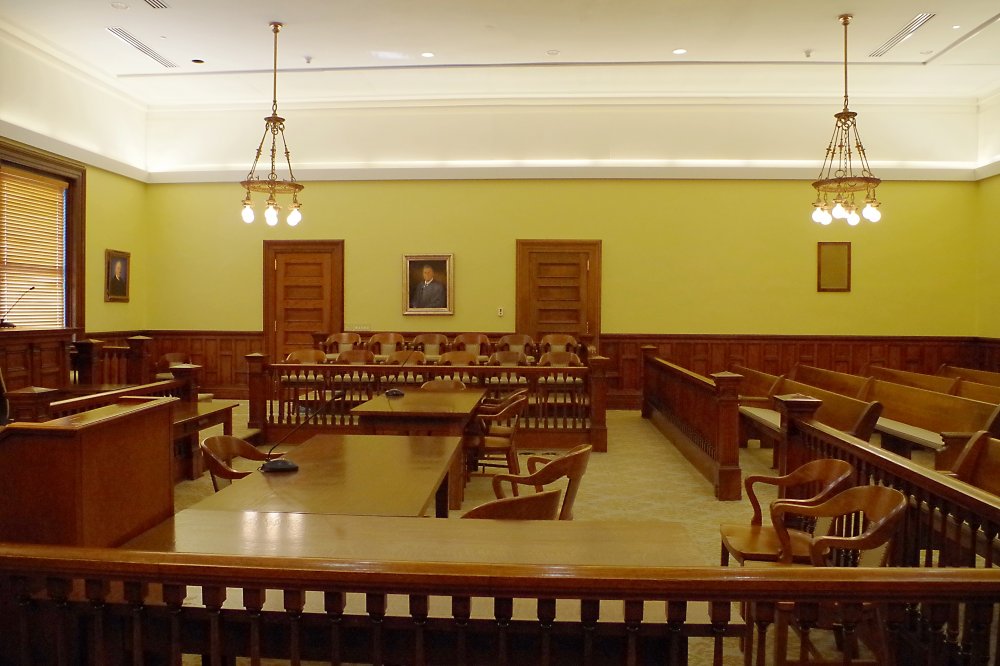