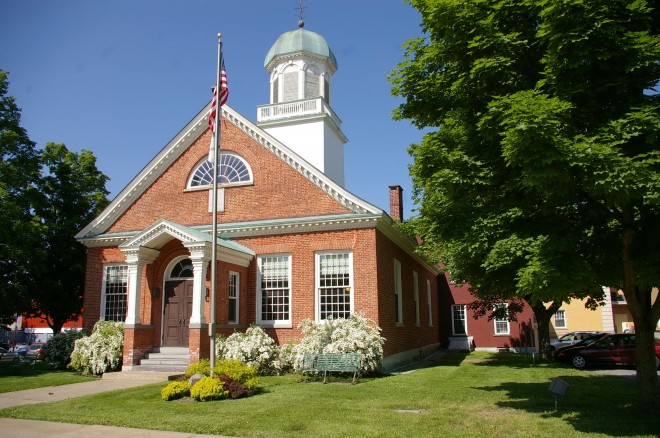 Fulton County is named for Robert Fulton, who invented the steamship.

Description:  The building faces east and is a one story red colored brick and wood structure. The building is located on landscaped grounds in the center of the city. The east front has a small porch. Above is a fan widow. On the center of the roof is a square white colored wood cupola rising to an octagonal cupola with green colored dome. The building consists of one large courtroom and is the oldest courthouse in New York. During construction, the supervisor was Sir William Johnson. On the south side is the adjoining Clerk’s Office built in 1814 to 1815.

Note:  The courthouse is the oldest court building in New York. The construction was financed by Sir William Johnson and was the Tryon County courthouse until 1838, when the county became Fulton County 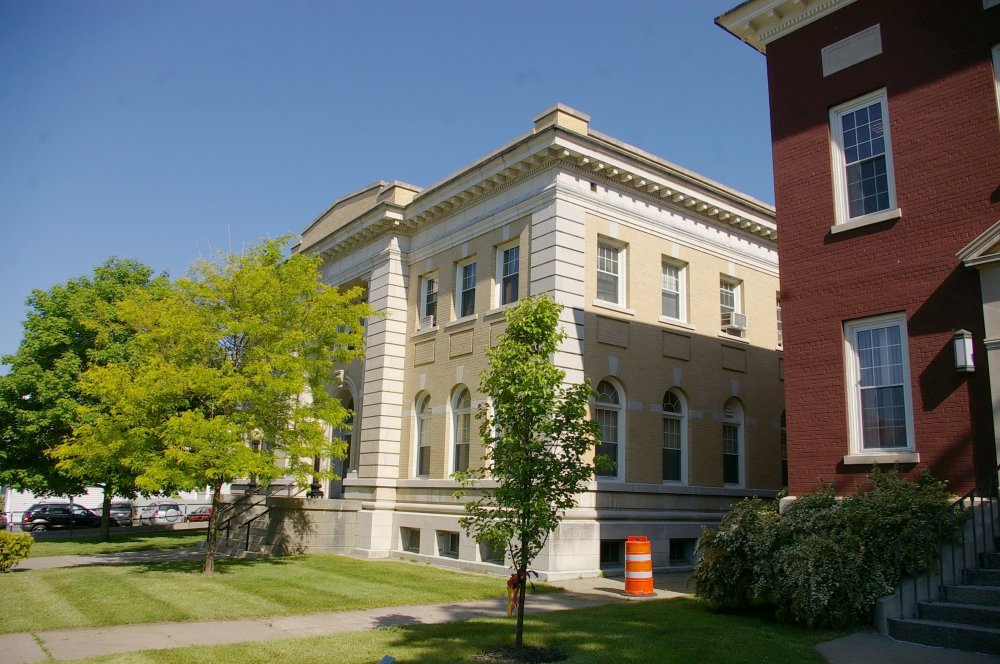 Description:  The building faces south and is a two story yellow colored brick and limestone  structure. The building is located in the center of the city. The building adjoins the courthouse and Clerk’s Office which are on the east side. The section on the west side was built in 1961 to 1962. The architect was William Harrison of Troy and the contractor was J Lansing Finlay of Amsterdam. 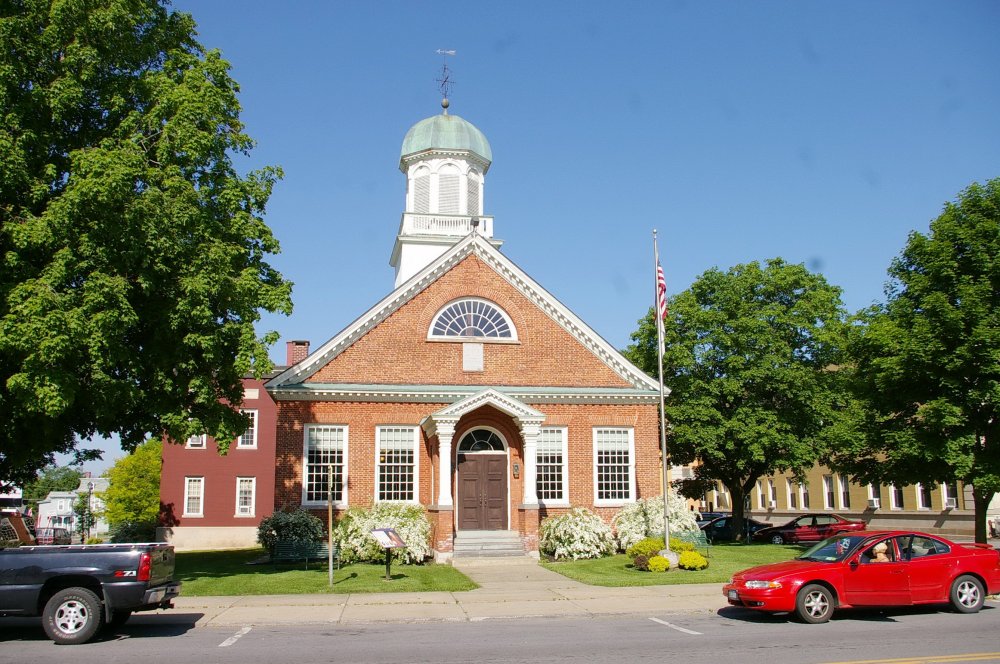 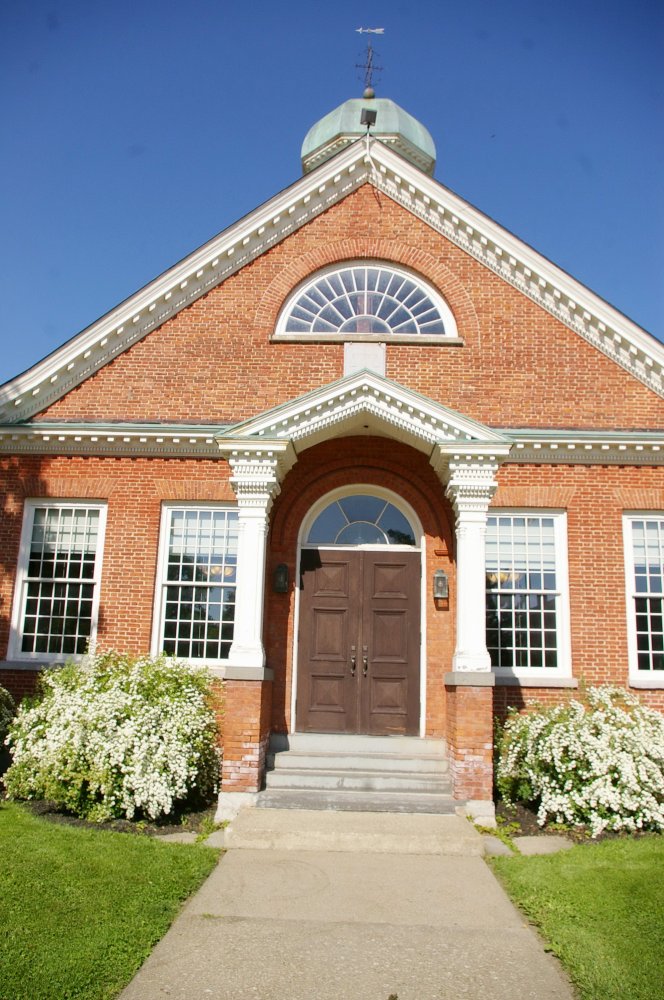 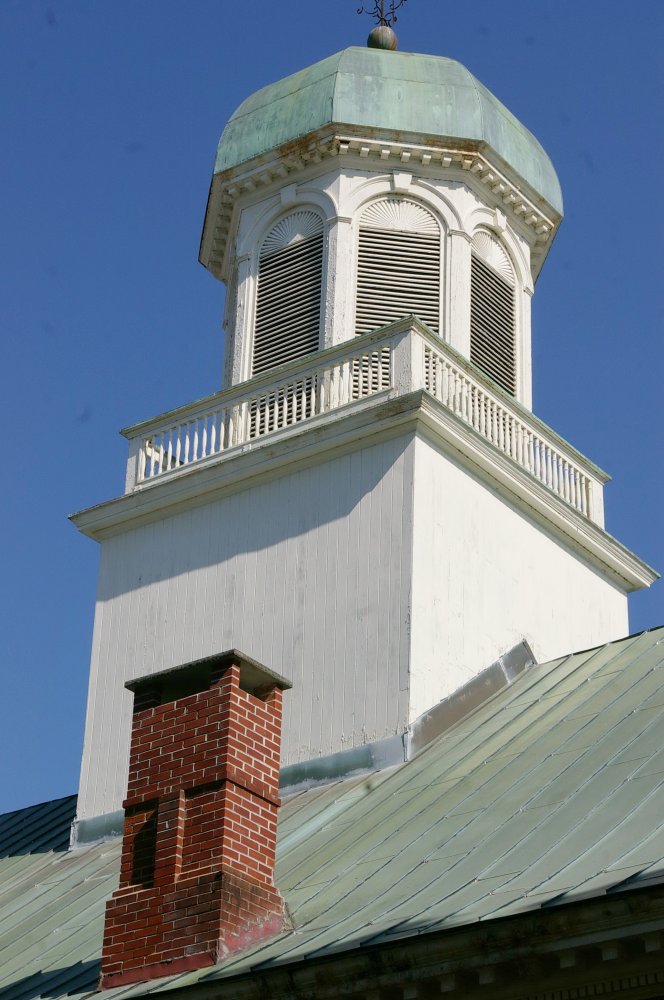 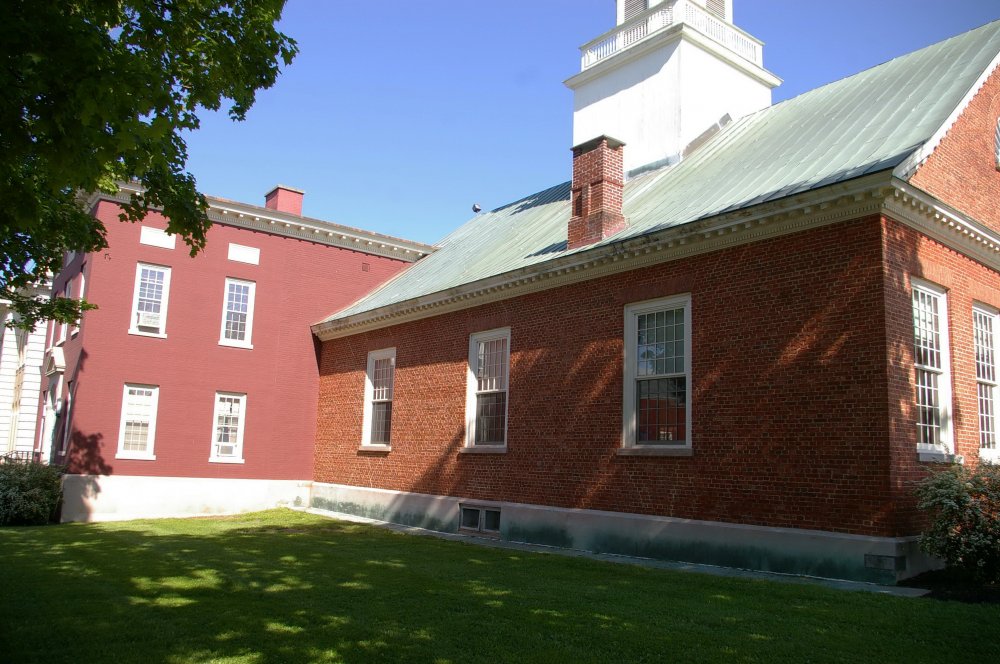 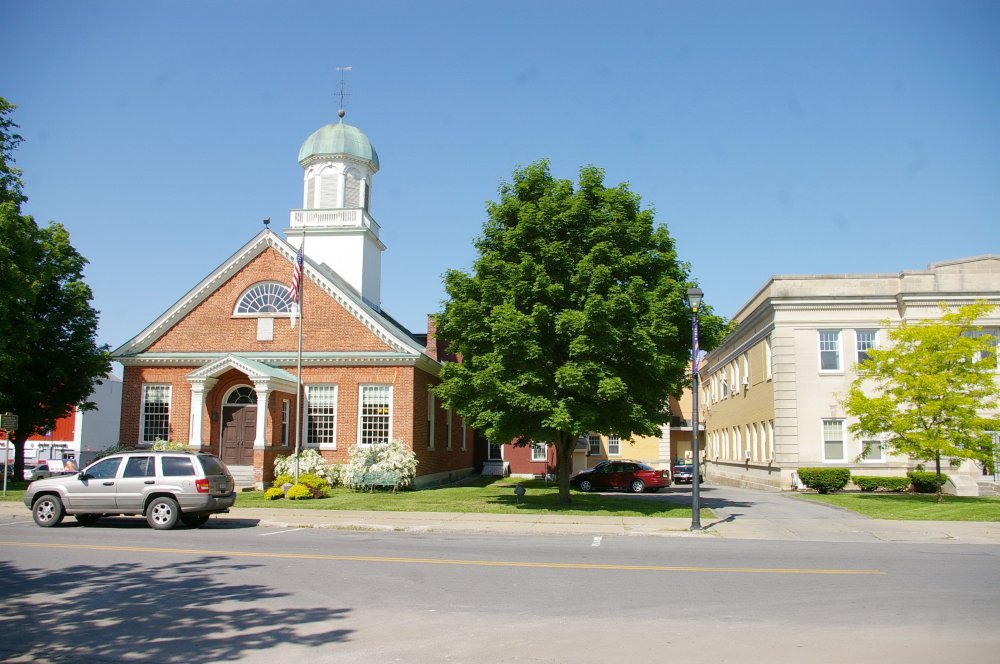 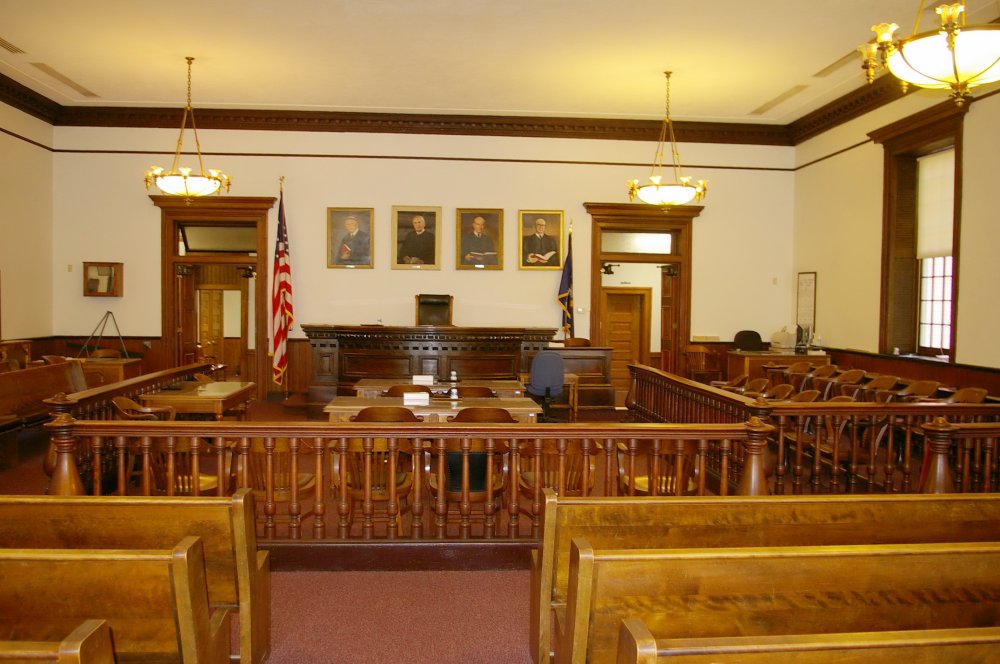 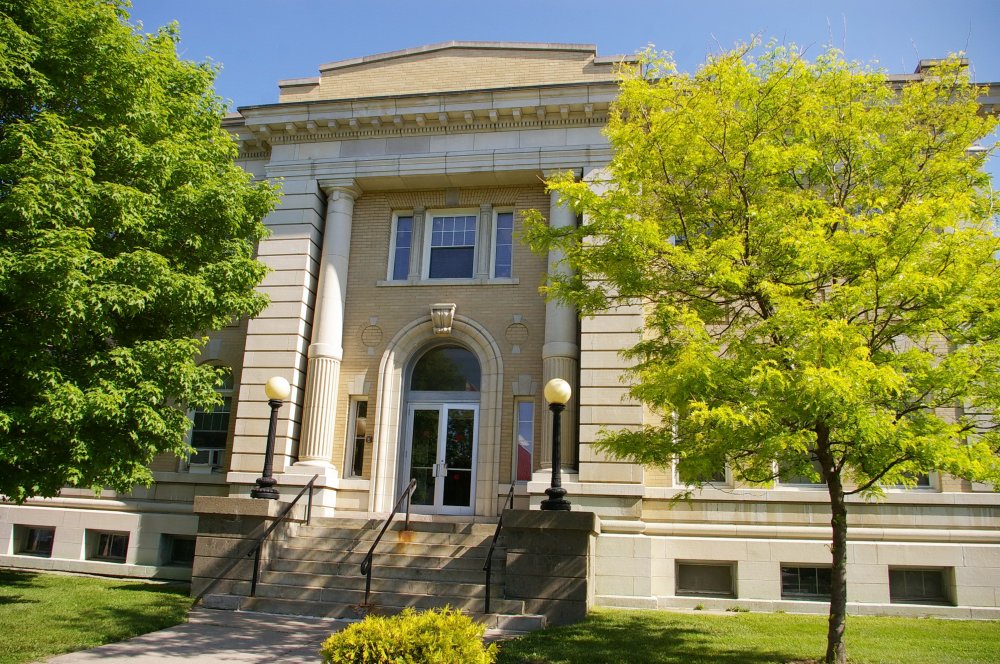