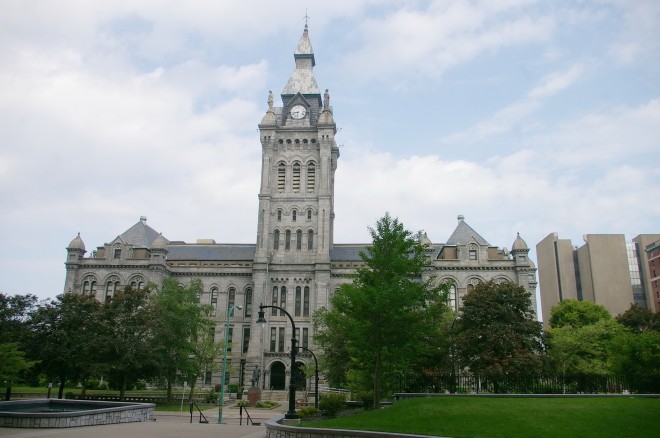 Erie County is named for the Erie Native American tribe. 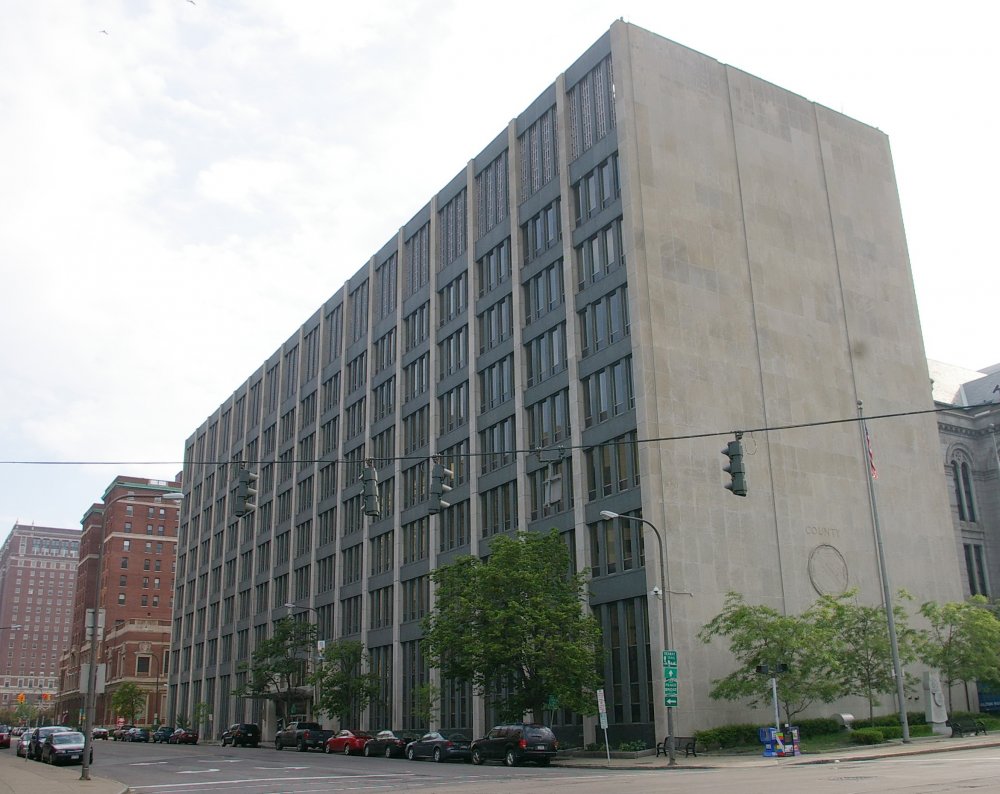 Description:  The building faces west and is a nine story stone, glass and concrete structure. The building is located on landscaped grounds in the center of Buffalo on the west side of the courthouse. The west front has vertical dividers. The north and south sides have no windows. The roof line is flat. The building is connected to the old courthouse on the east side. 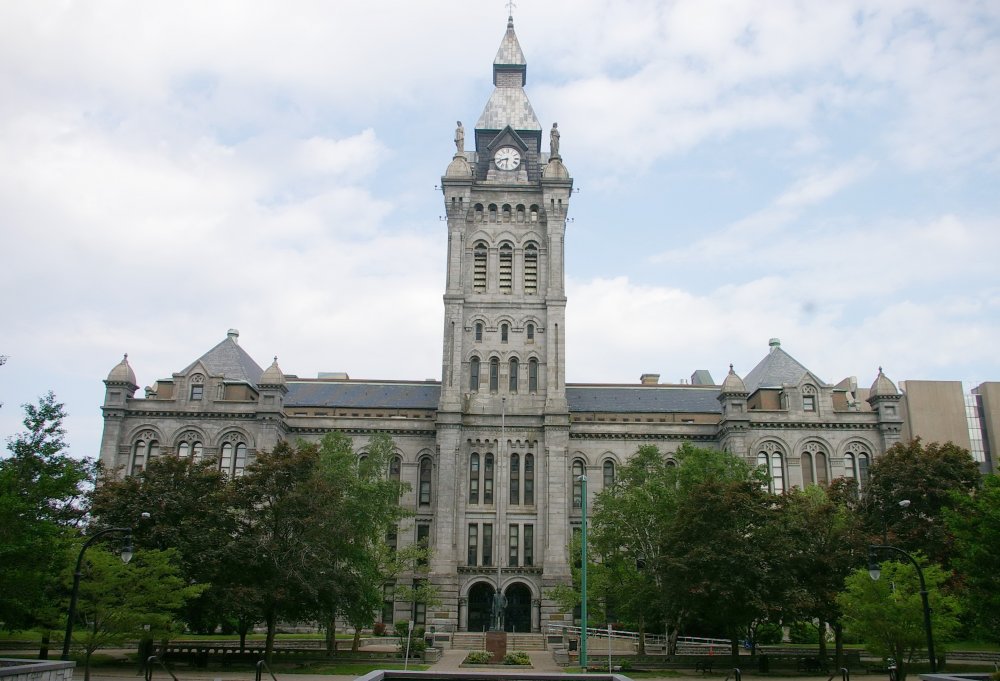 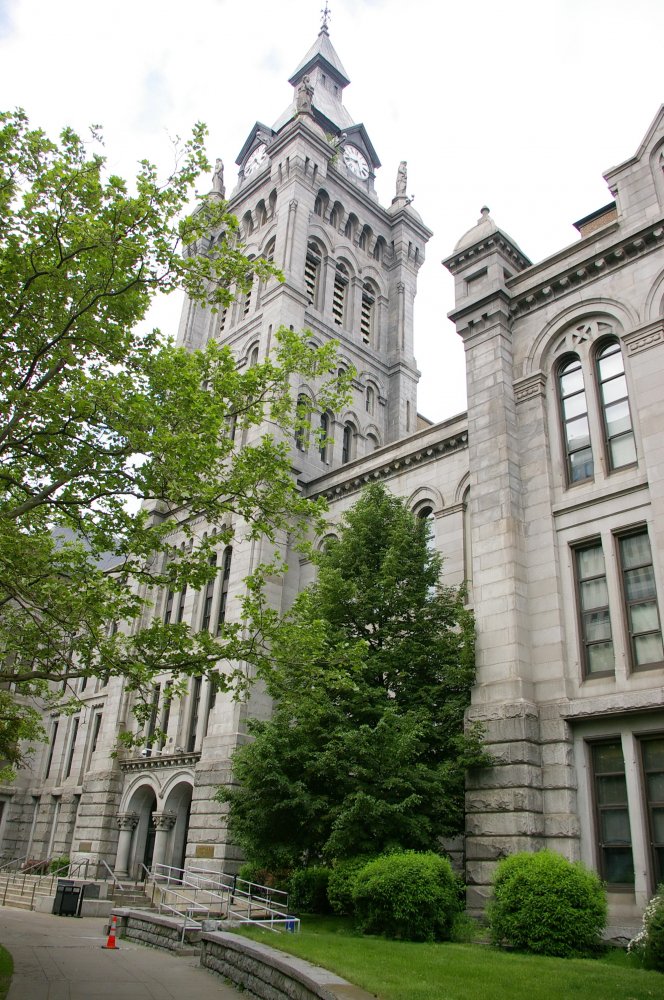