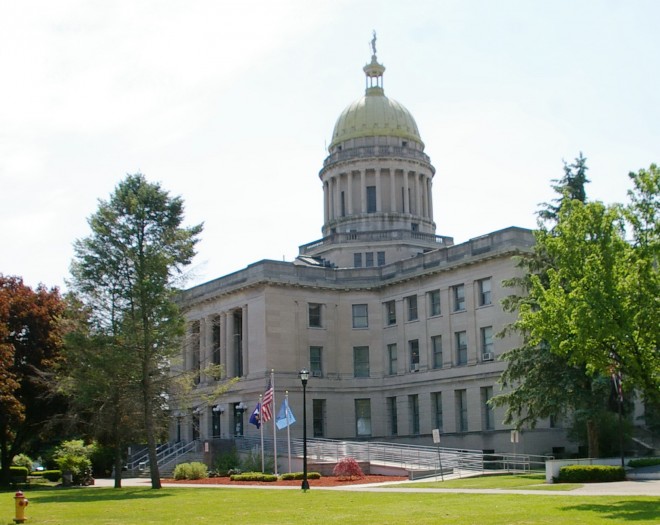 Cortland County is named for Pierre Van Cortlandt, who was the first Lieutenant Governor of New York.

Description:  The building faces north and is a three story gray colored limestone structure. The building forms a “T” shape. The north front has a projecting center section with three rectangular entrances on the first story, and there are six columns on the second and third stories with recessed windows. On the center of the roof is a large round dome with thin columns, gold roof and small cupola at the top.

Note:  The previous courthouse was a red coloured brick structure built in 1836 and was destroyed by fire in 1924. 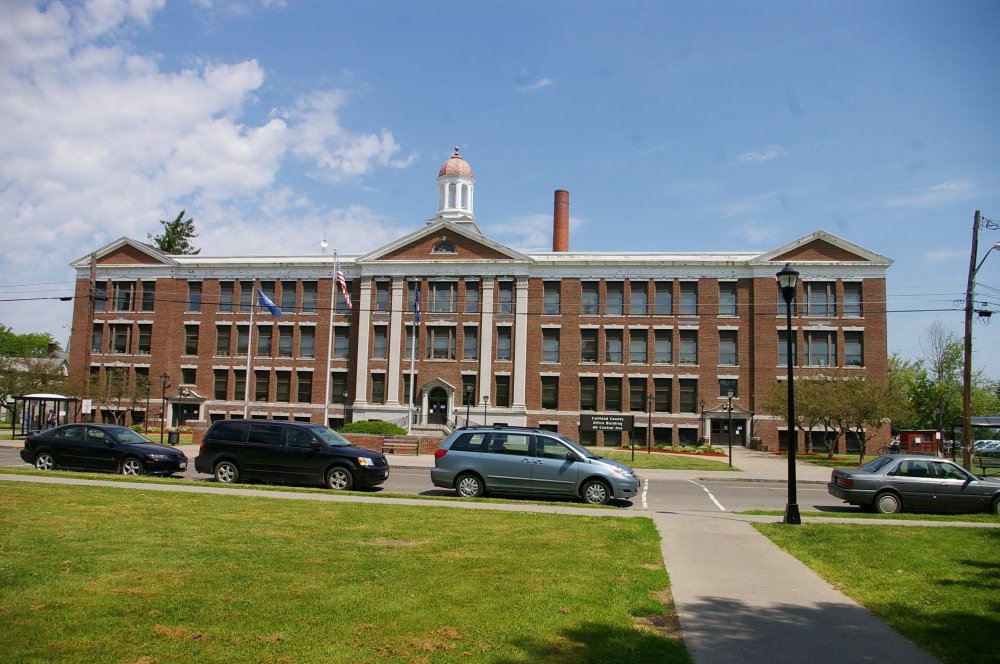 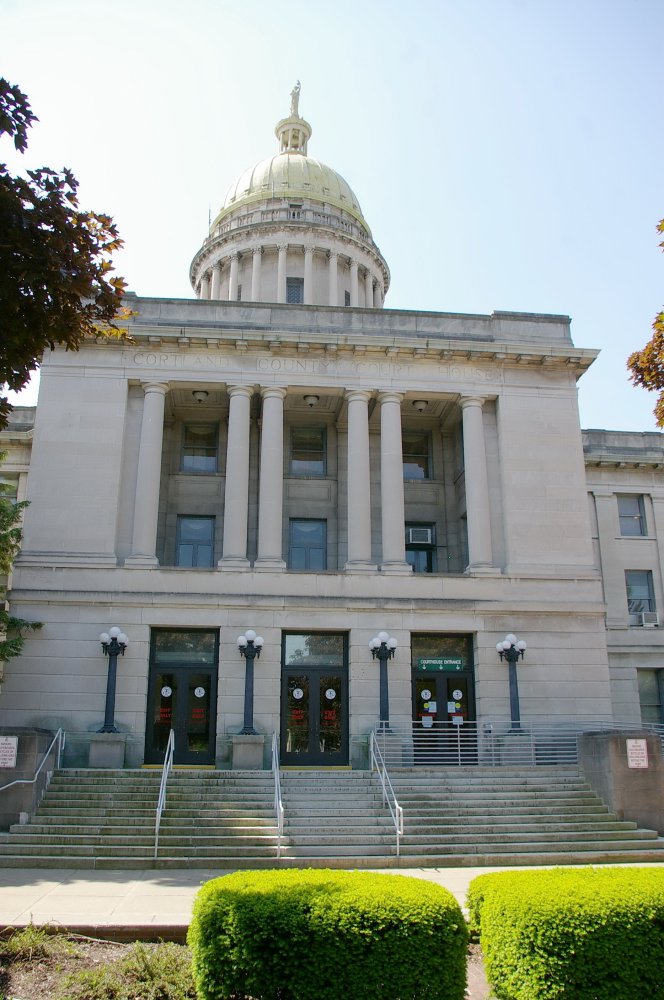 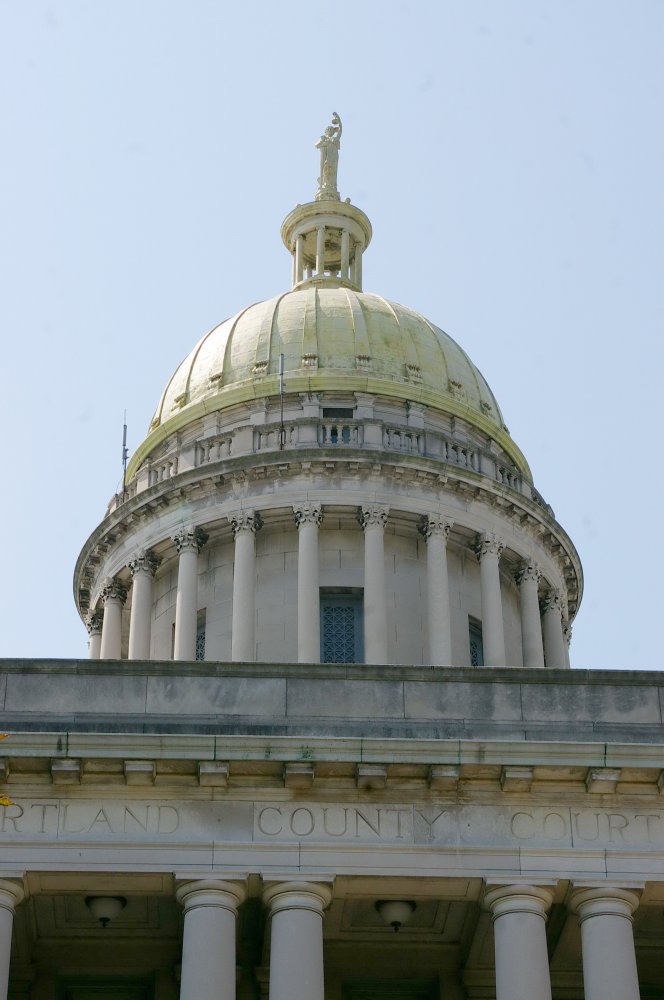 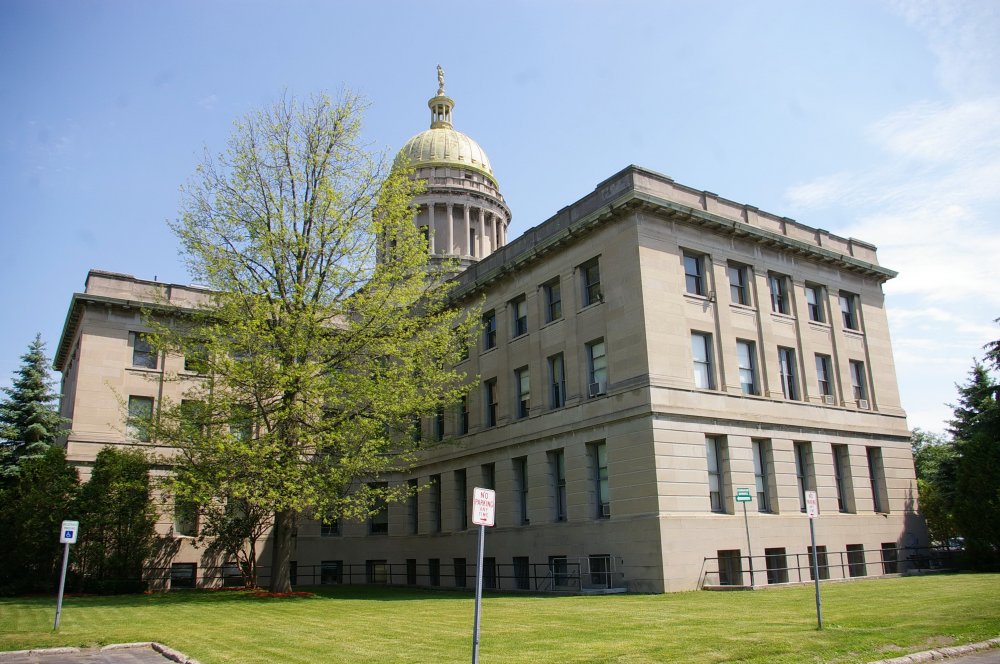 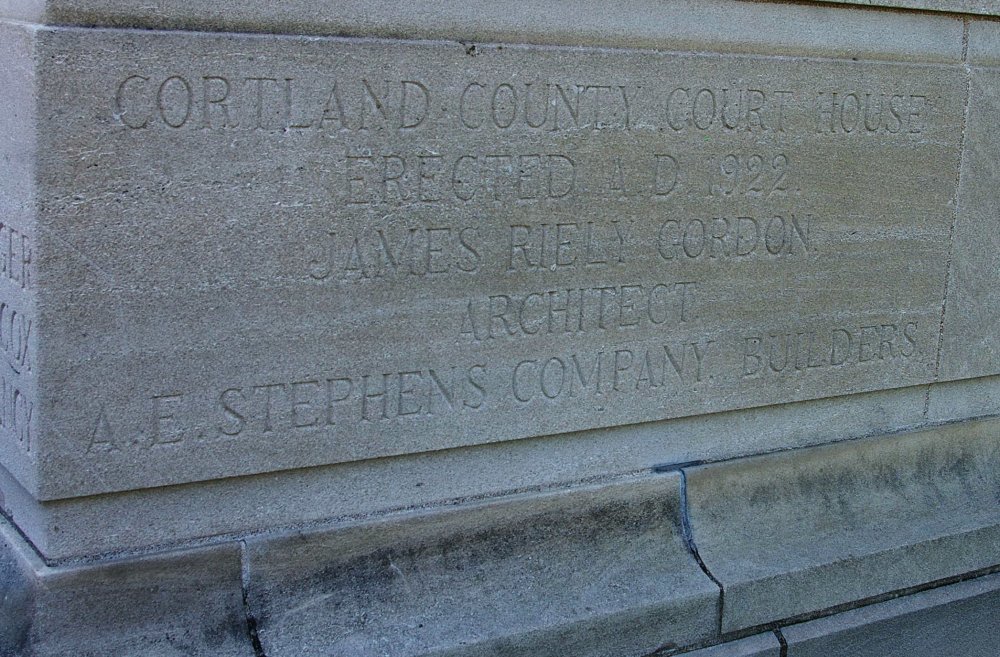