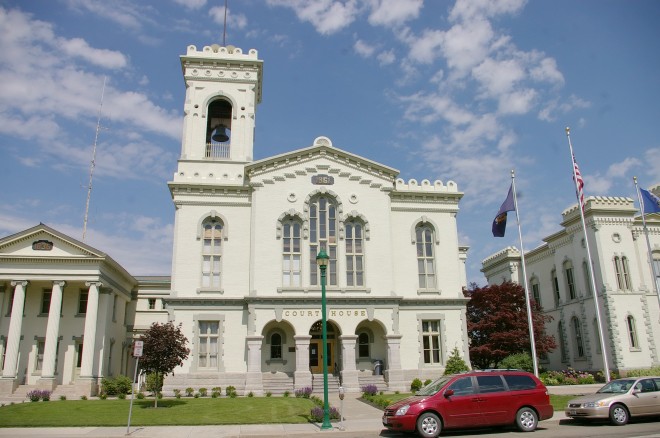 Chemung County is named for a Lenape word meaning “big horn”, which was the name of a local Native American village.

Description:  The building faces west and is a two story white colored brick structure. The building is located on landscaped grounds in the center of Elmira. The west front has a projecting center section with three high arches and recessed entrance on the first story. Above the entrance are three vertical arched windows. At the northwest corner is a high square tower with open belfry. A projecting cornice runs below the second story windows. The building forms part of the courthouse complex with the Treasurer’s Building built in 1836 on the north and the Clerk’s Office on the south built in 1876 to 1894. 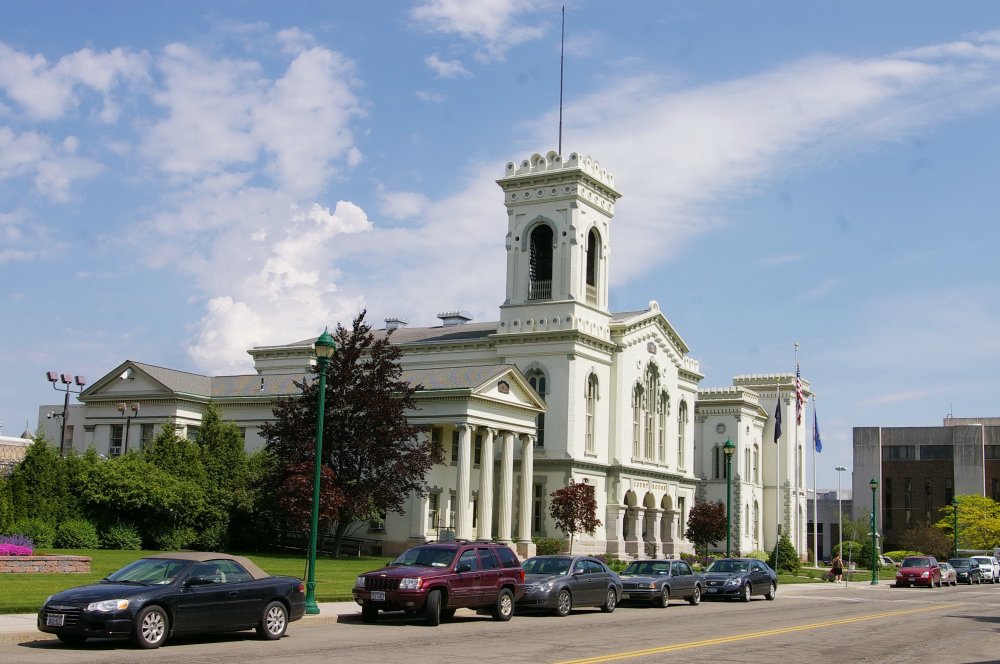 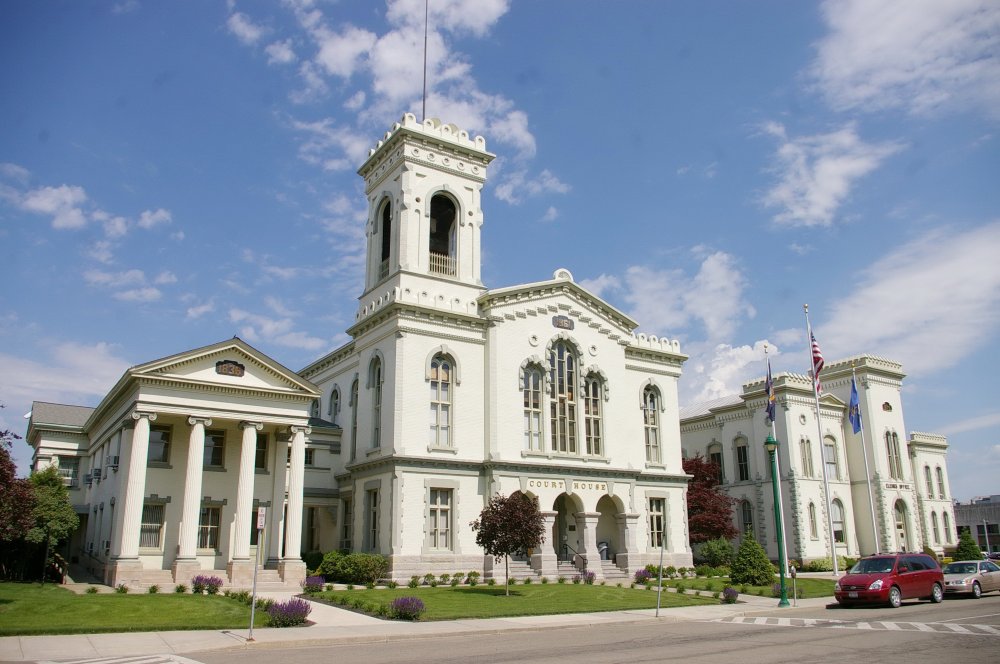 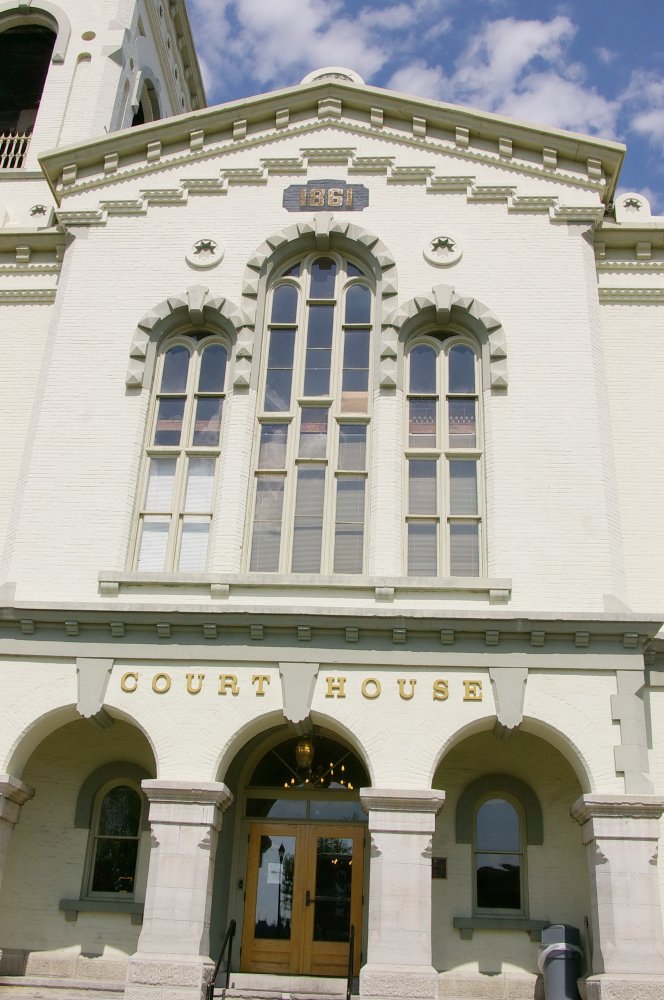 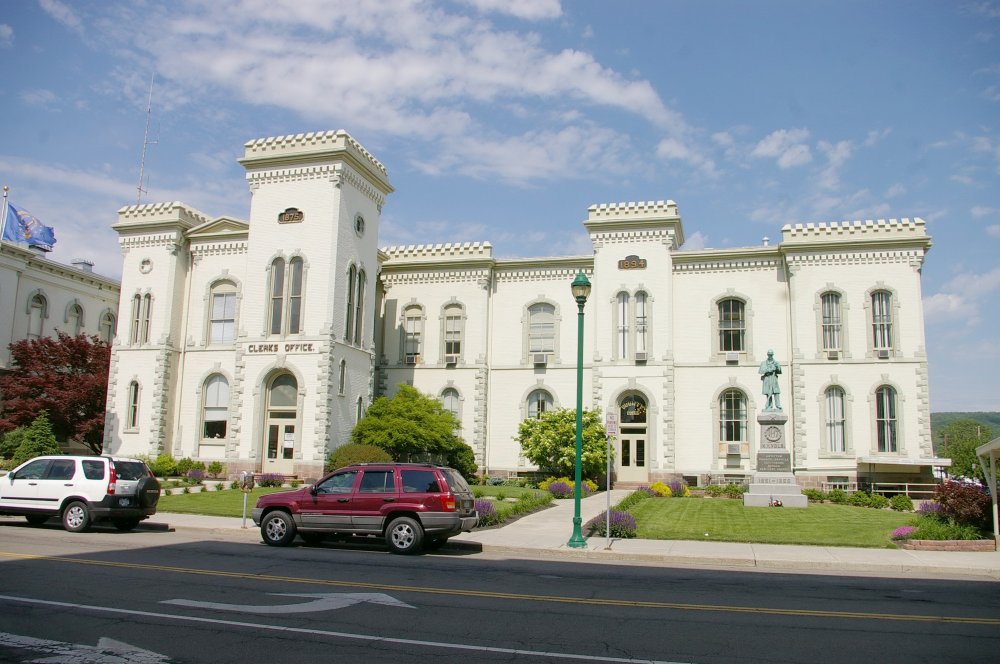 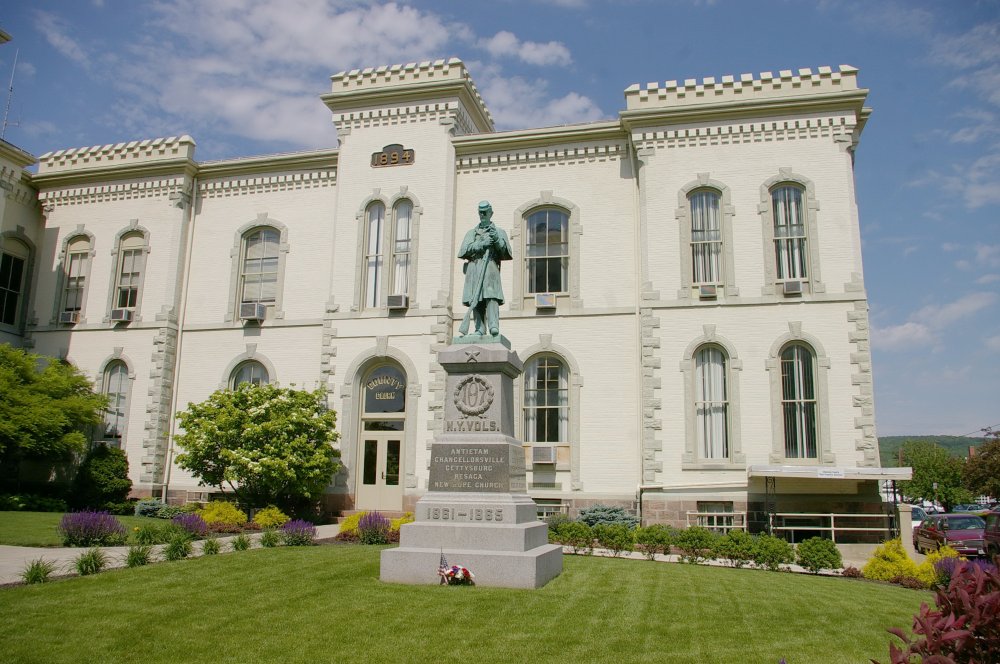