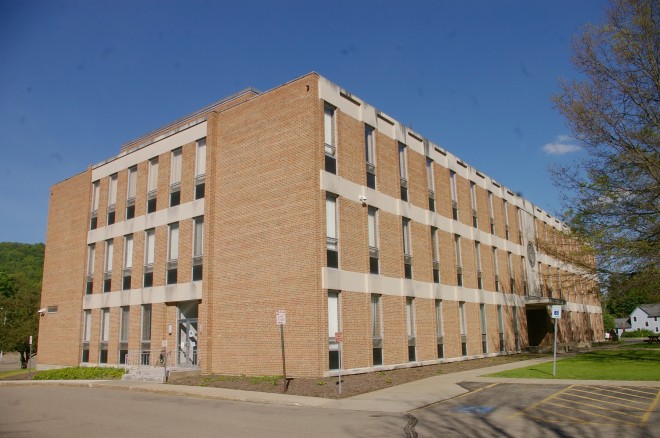 Cattaraugus County is named for a Seneca word meaning “bad smelling banks” referring to the odor of natural gas which leaked from local rock formations.

Description:  The building faces southwest and is a three story buff colored brick and concrete structure. The rectangular shaped building is located on landscaped grounds in the center of Little Valley. The central entrance on the southwest front has a small canopy over the first story entrance with a white colored stone section above with the county crest. White colored horizontal bands run between the windows and along the flat roof line. 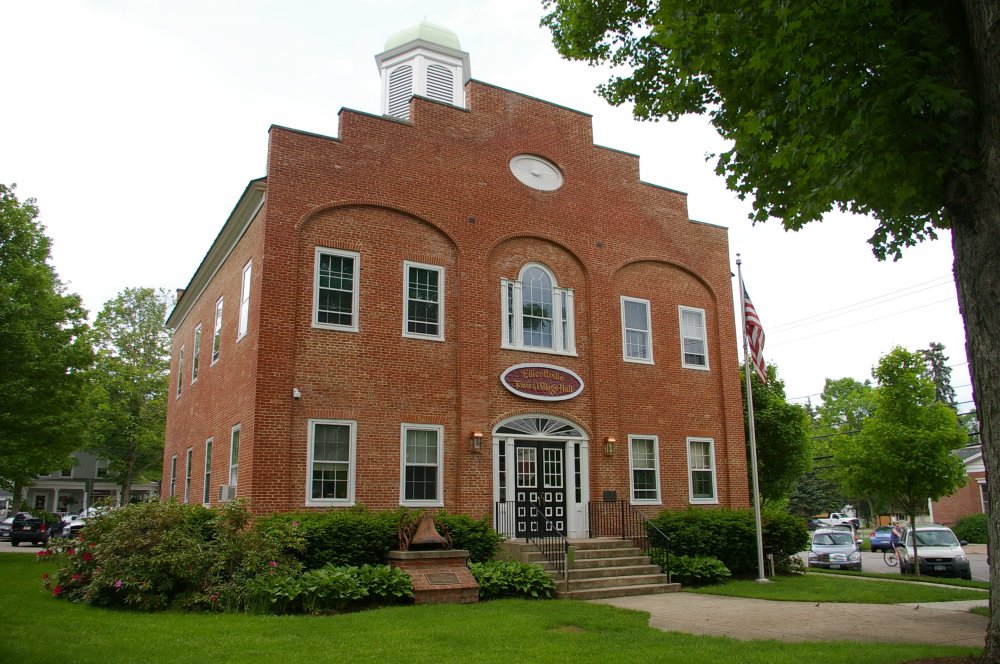 Description:  The building faces south and is a two story red colored brick structure. The building is located on landscaped grounds in the center of Ellicottville. The south front has a central entrance with arched window above on the second story. The roof has Dutch gables along the roof line. The building has a limestone foundation. On the roof is an hexagonal white colored octagonal wood cupola. The building served as the first courthouse until 1868 and is now the City Hall. 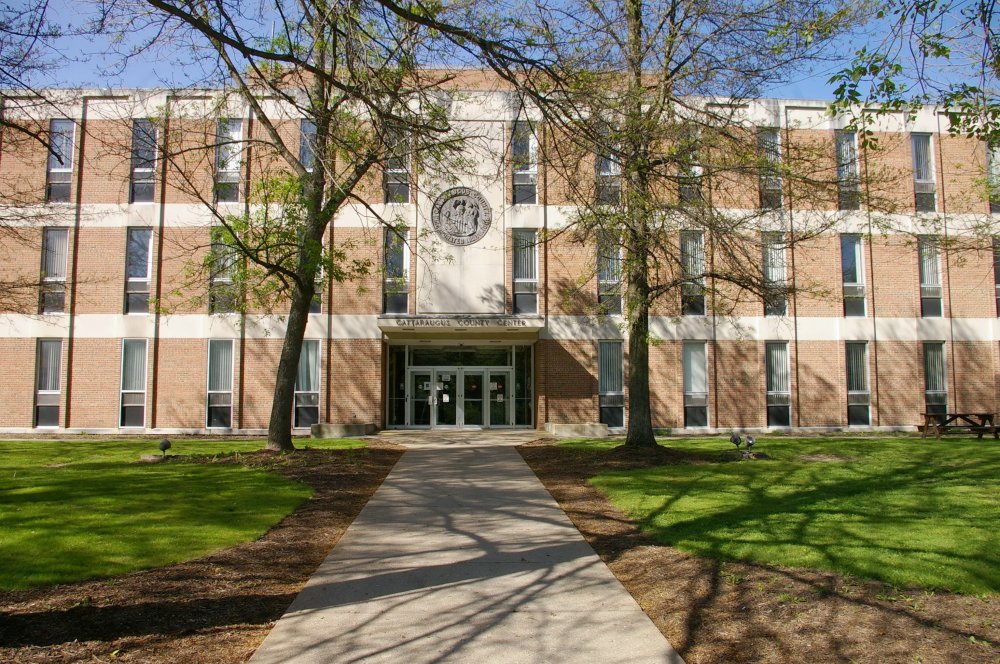 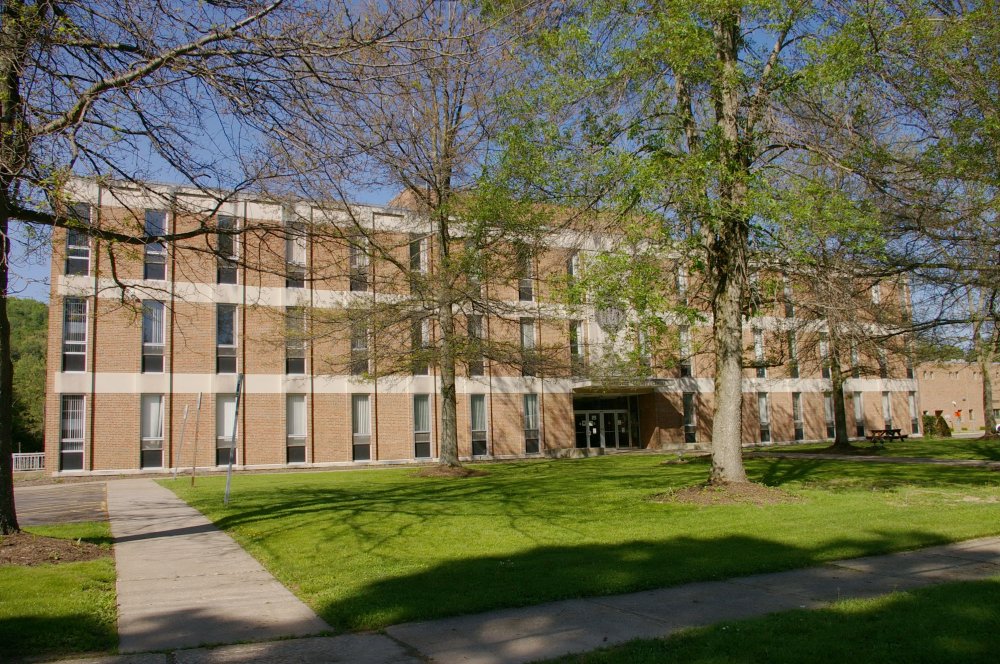 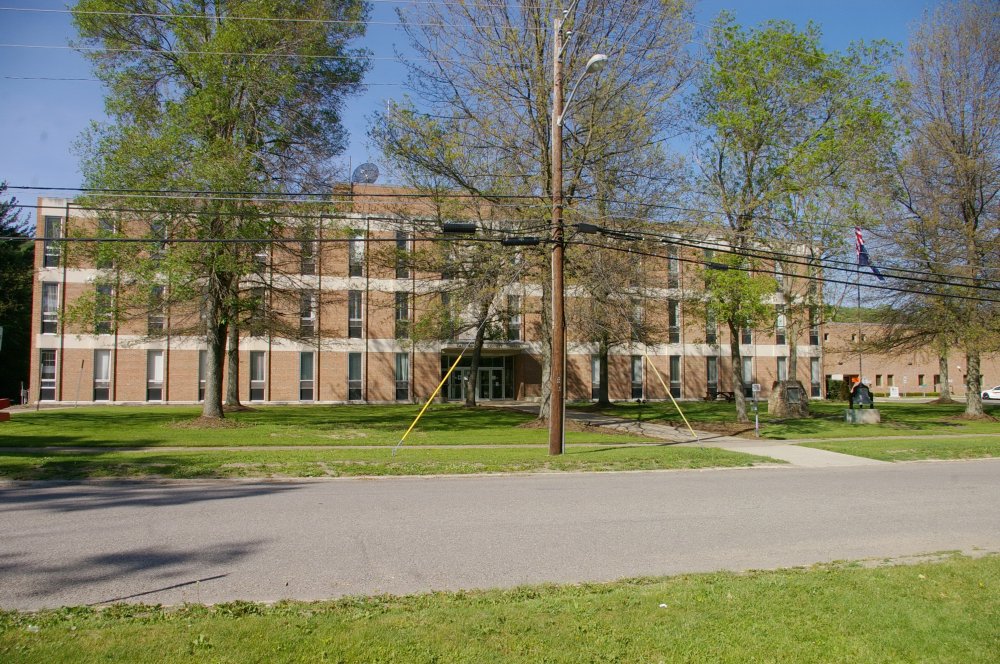 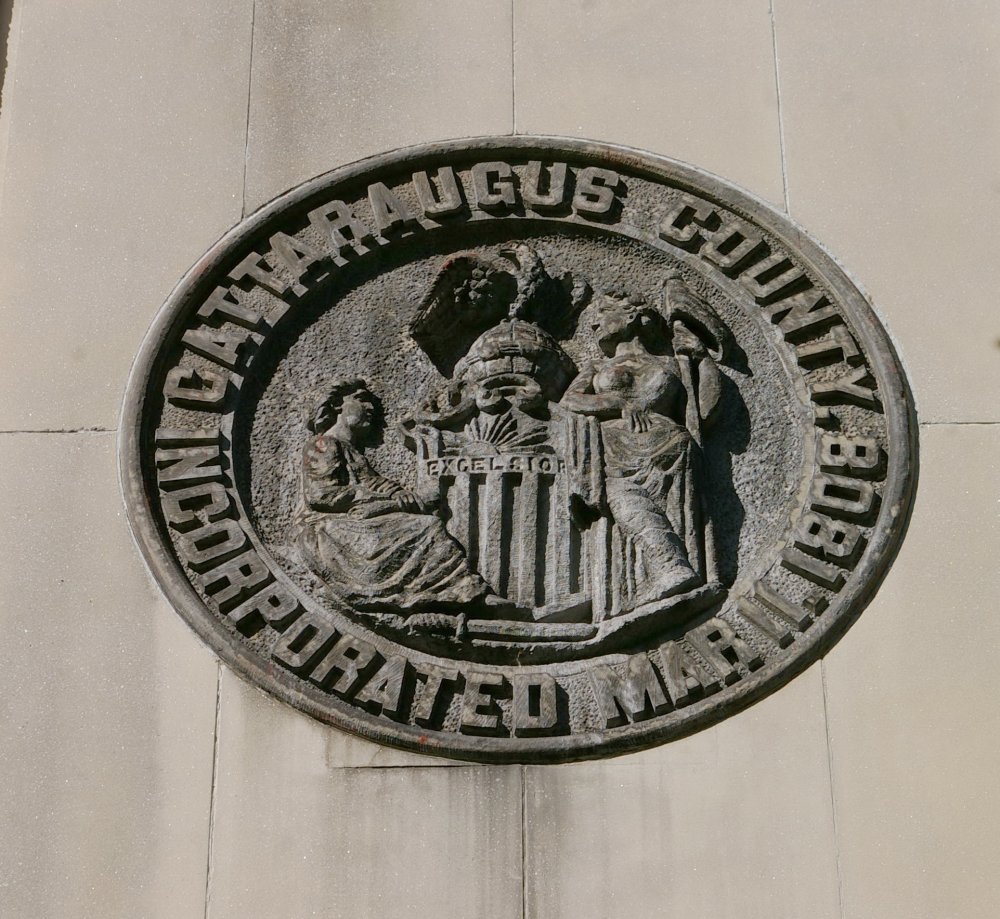 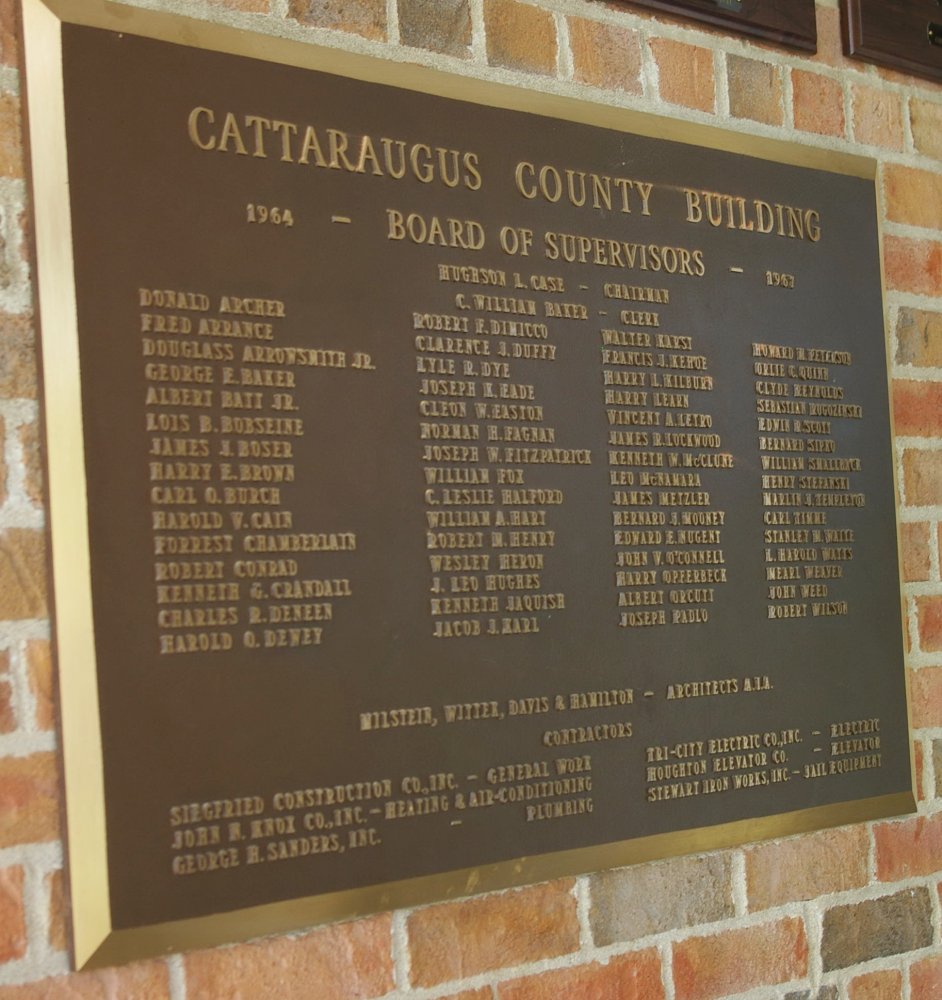 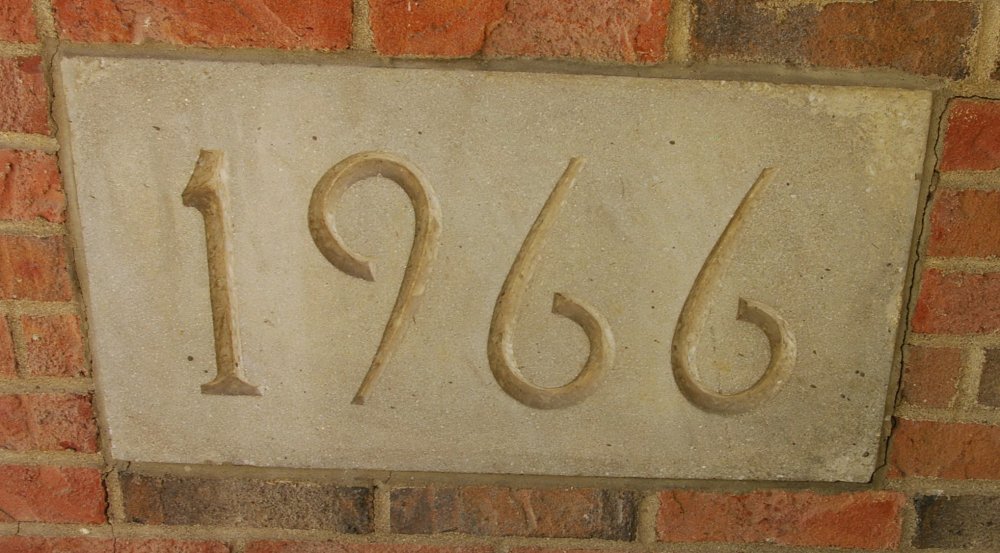 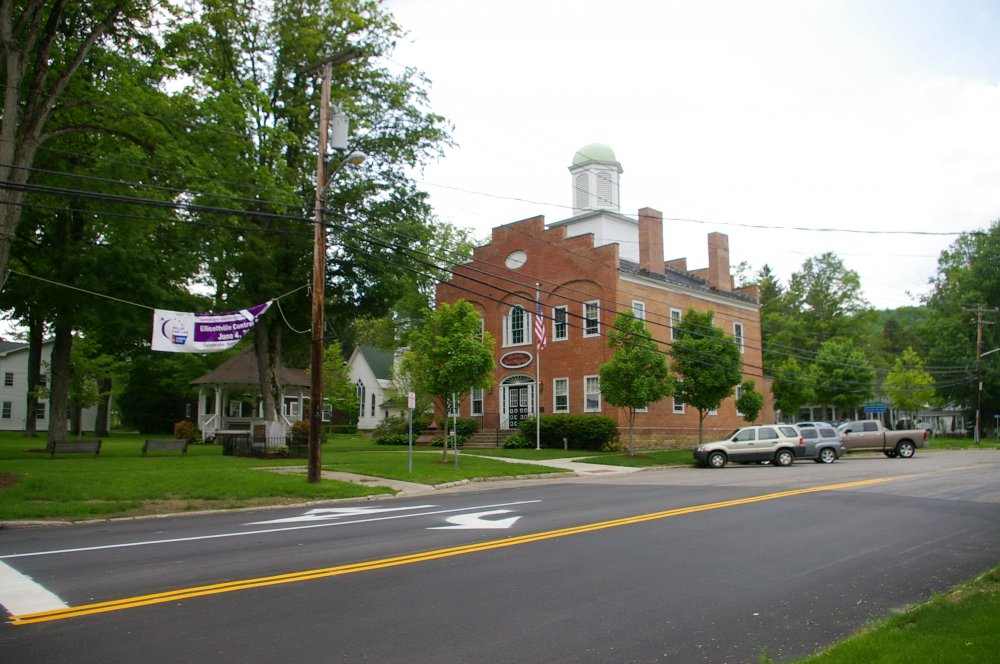 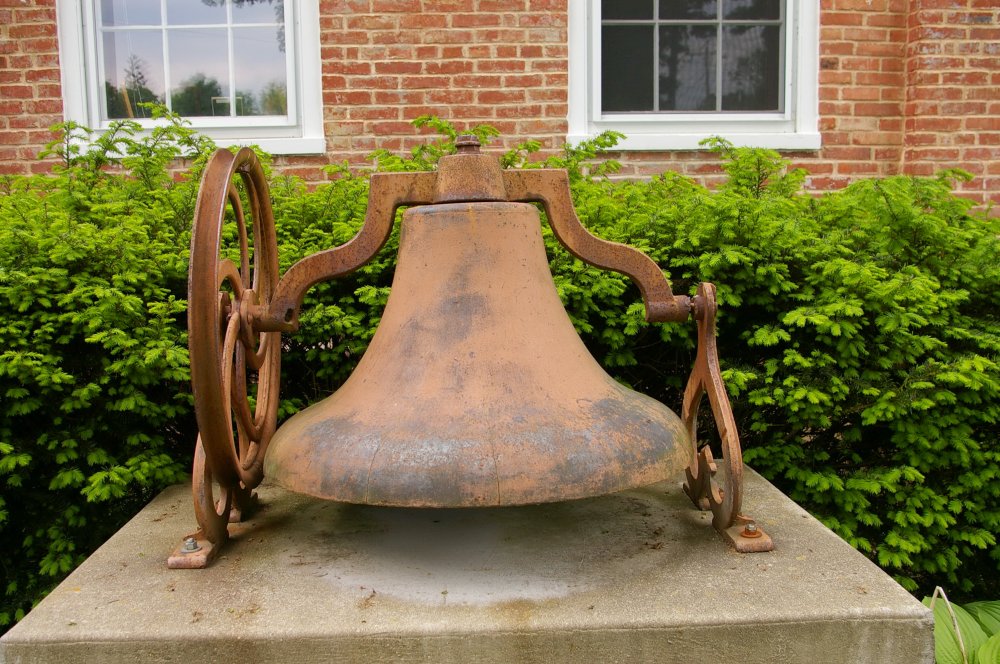 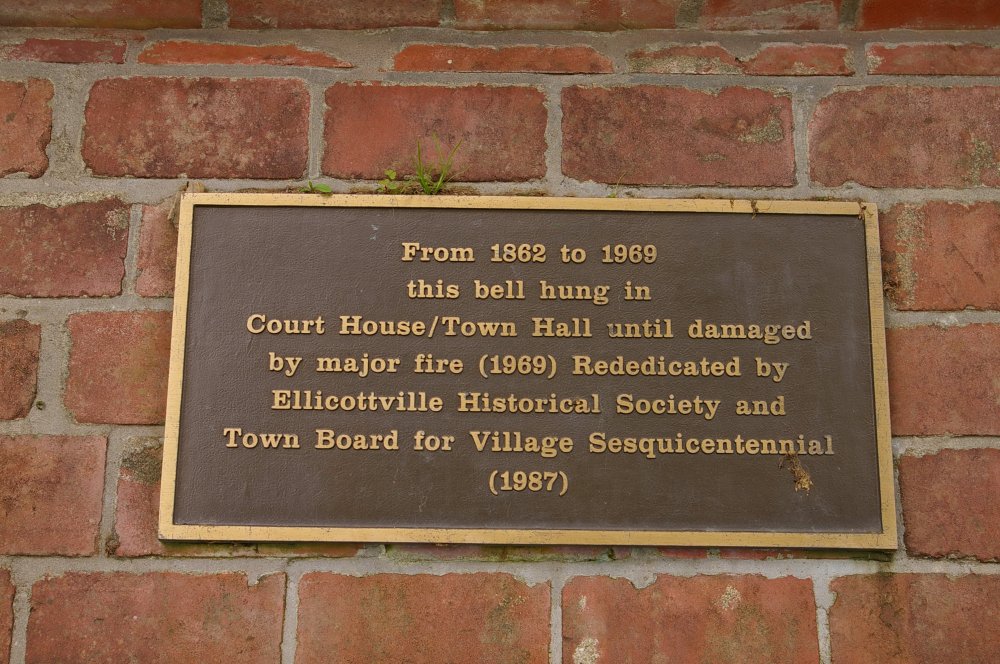