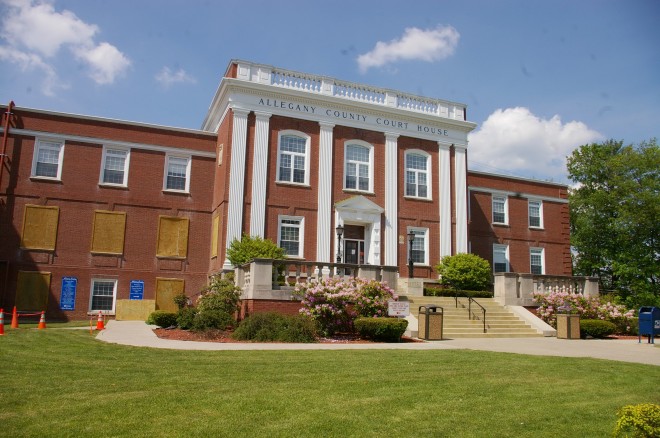 Allegany County is named for Allegheny River, which name comes from the Lenape word “welhik” or “oolikanna”, which means “best flowing river of the hills’ or “beautiful stream”.

Description: The building faces south and is a two story red colored brick and concrete structure. The building is located on landscaped grounds in the center of Belmont. The central section of the south front extends from the main building and has six vertical white colored pillars with a wide horizontal header at the roof line. There is a wide cornice with balustrade along the flat roof line. The entrance on the first story has white colored trim with a small pediment at the top. During construction, the superintendent was James S Downie. 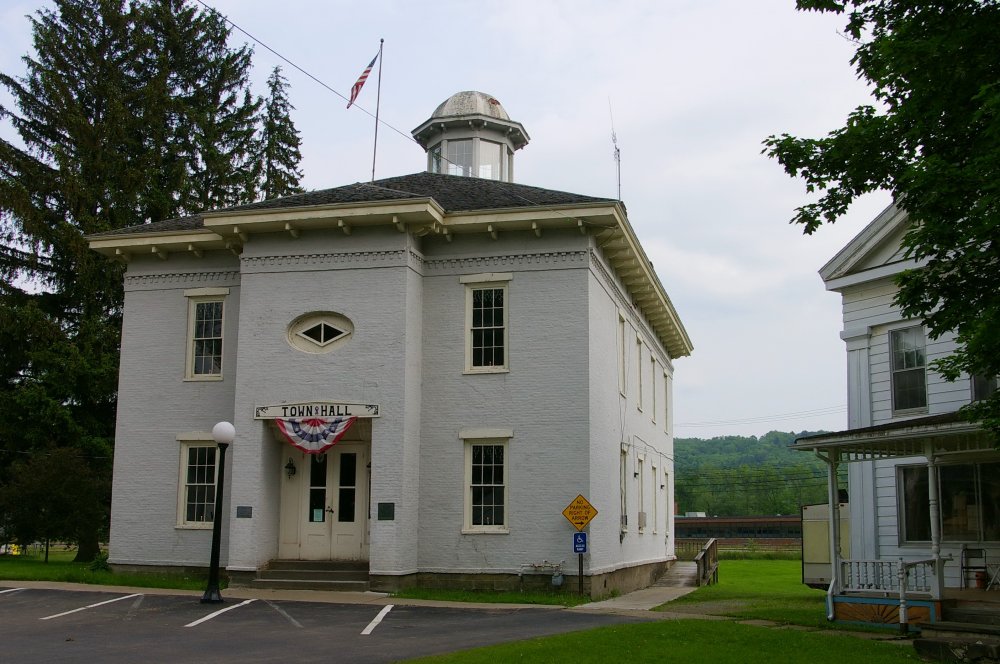 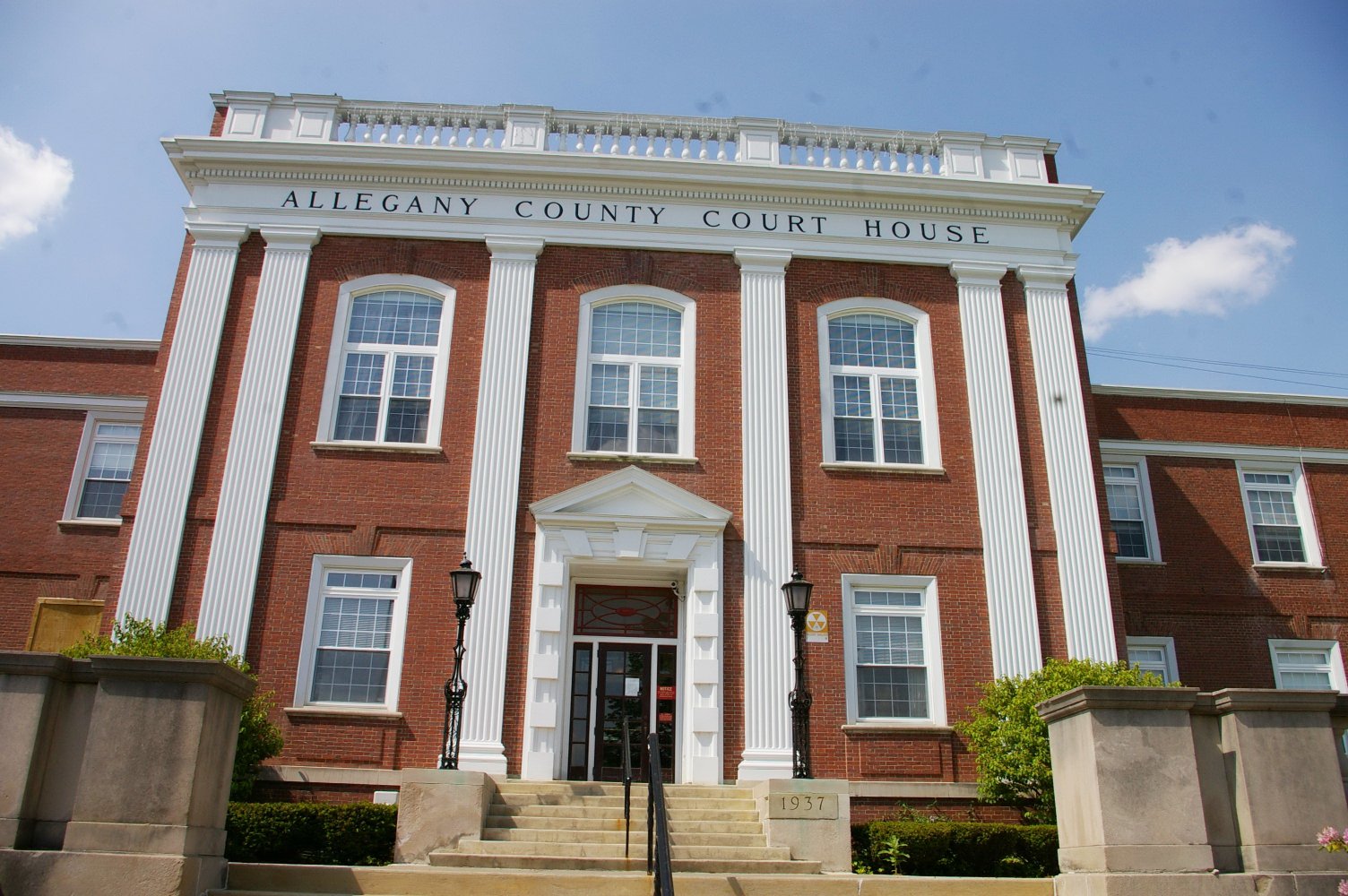 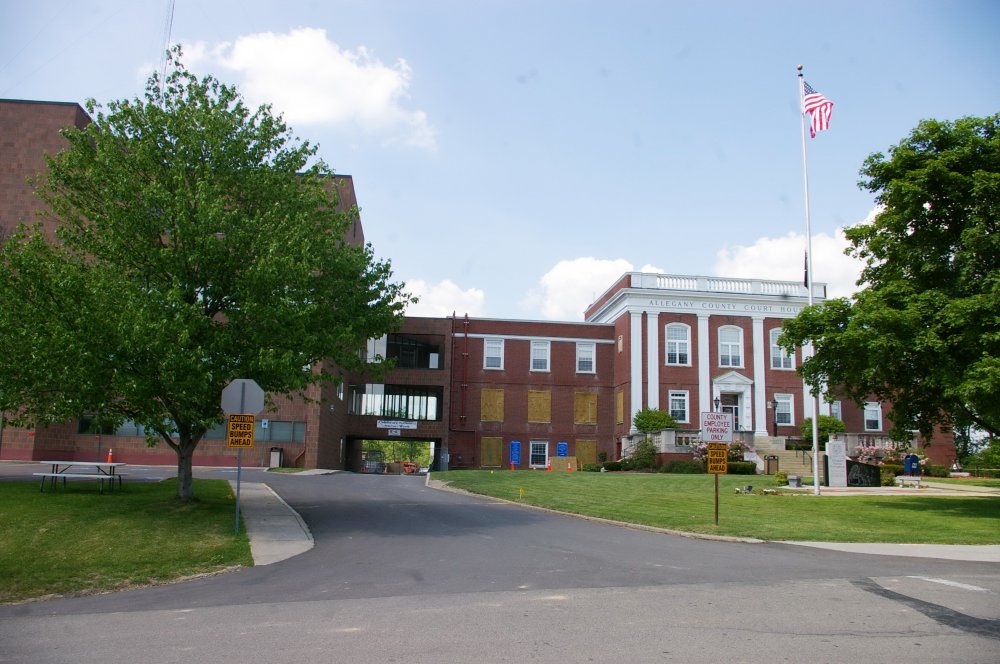 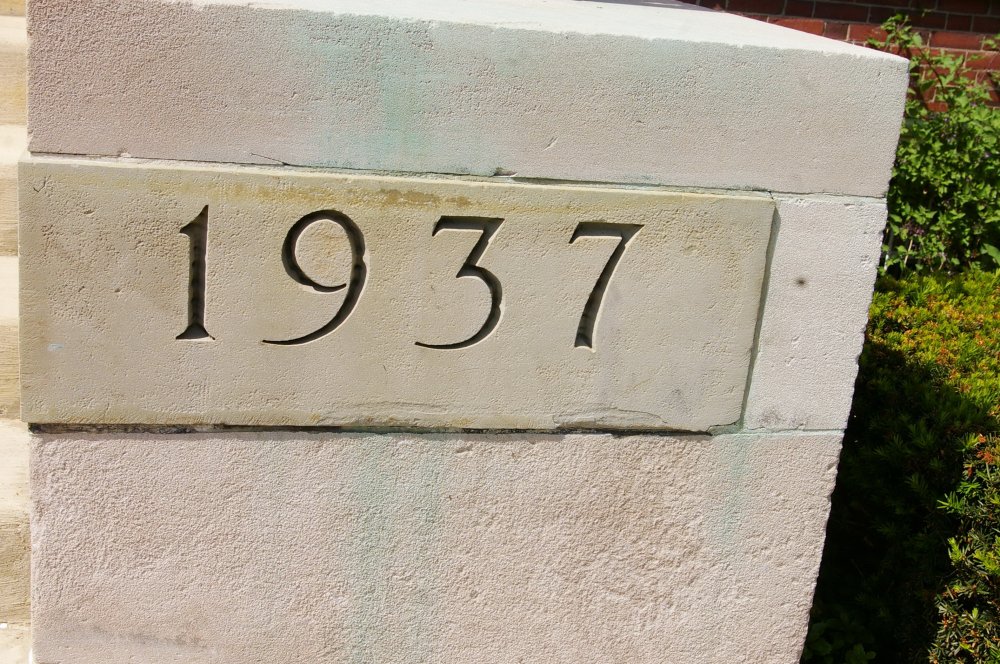 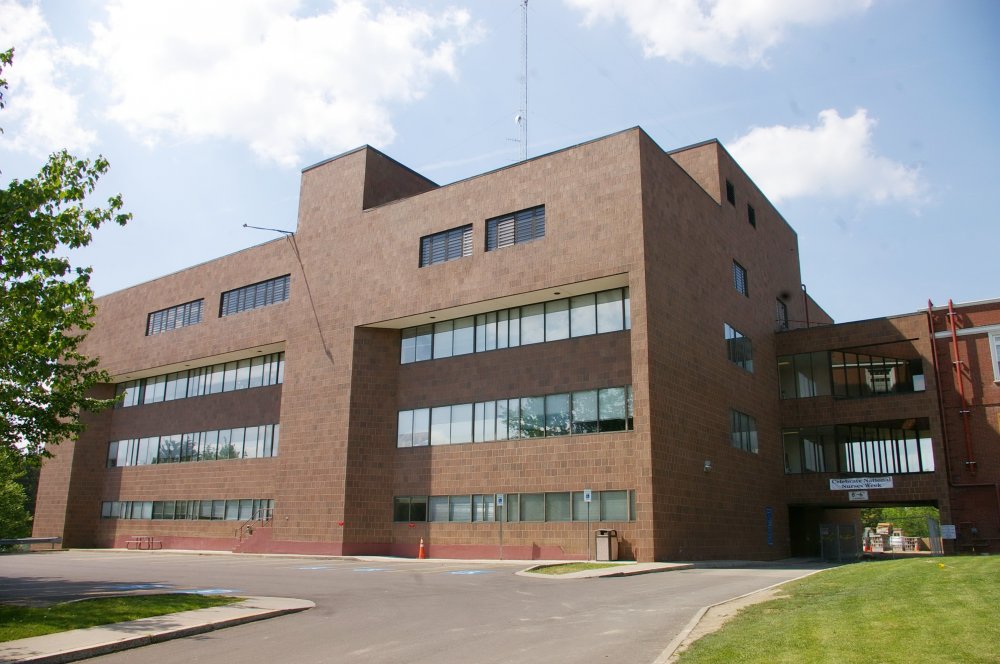 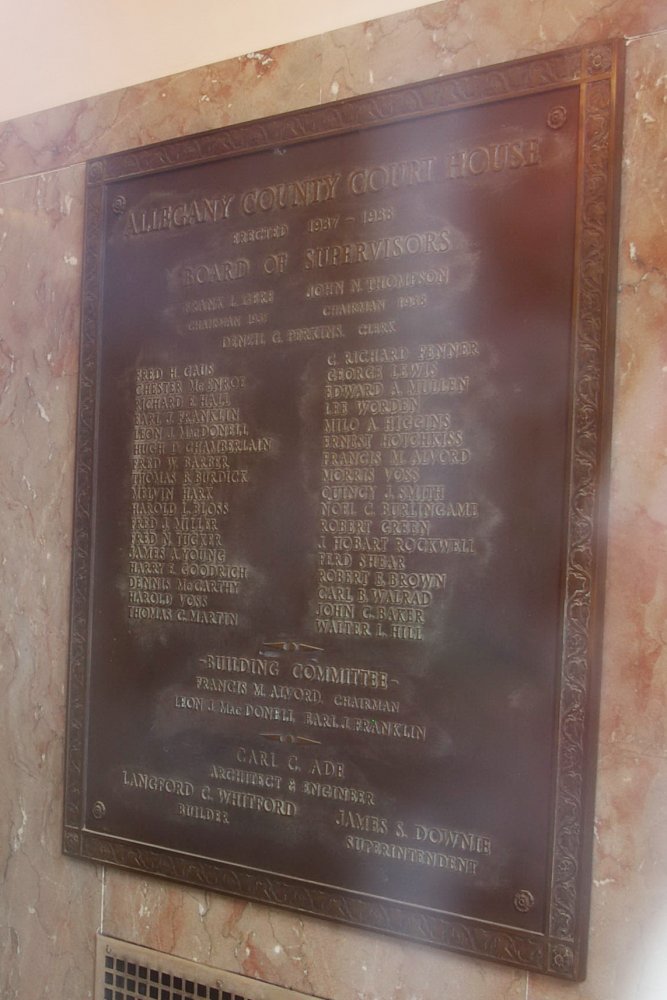