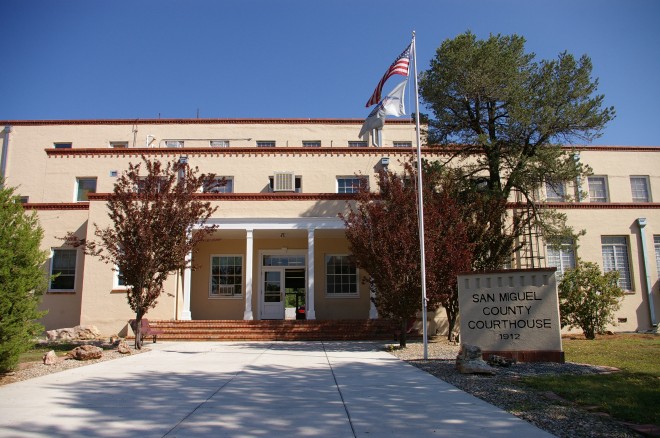 San Miguel County is named after the town of San Miguel de Bado ( St. Michael of the Ford ), a forbidding place on the Pecos River along the Old Santa Fe Trail. 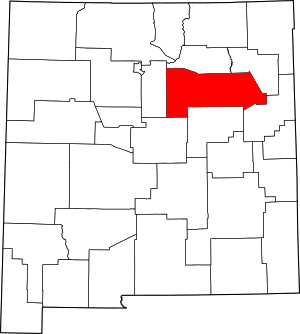 To the northeast of the building is the two story reddish colored stone Fourth Judicial District Court.

Note:  The previous courthouse was designed by Wallace Hesselden and constructed in 1885. 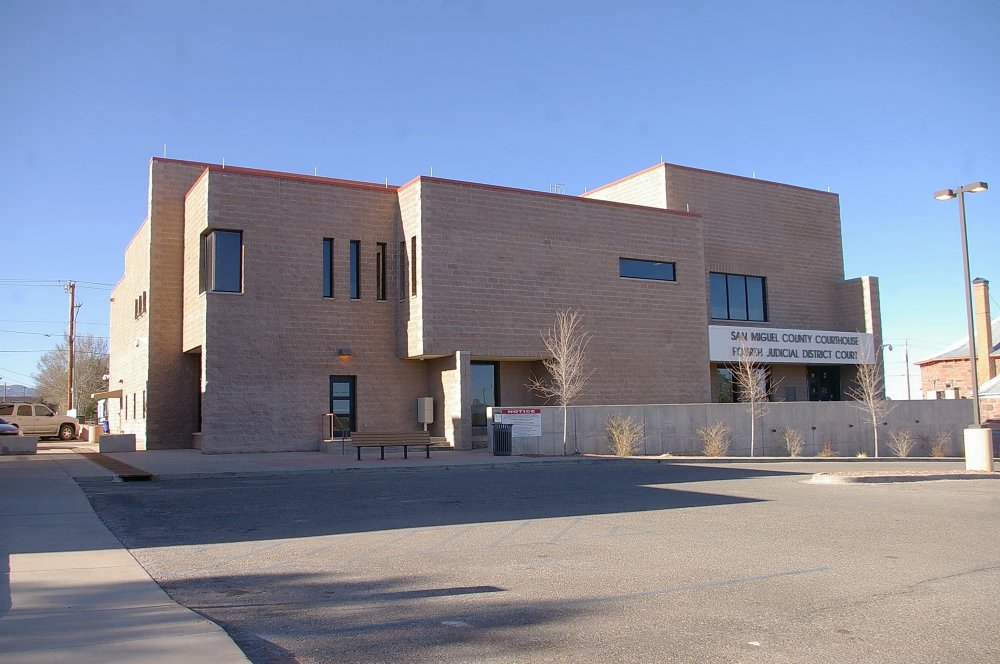 Description: The building faces south and is a two story red colored concrete structure. The building is located on the east side of the courthouse. The south front has a slightly projecting center section. The first story entrance is along the east section. The windows are small and the roof line is flat. The building houses the Fourth Judicial Court for Guadalupe County, Mora County and San Miguel County. 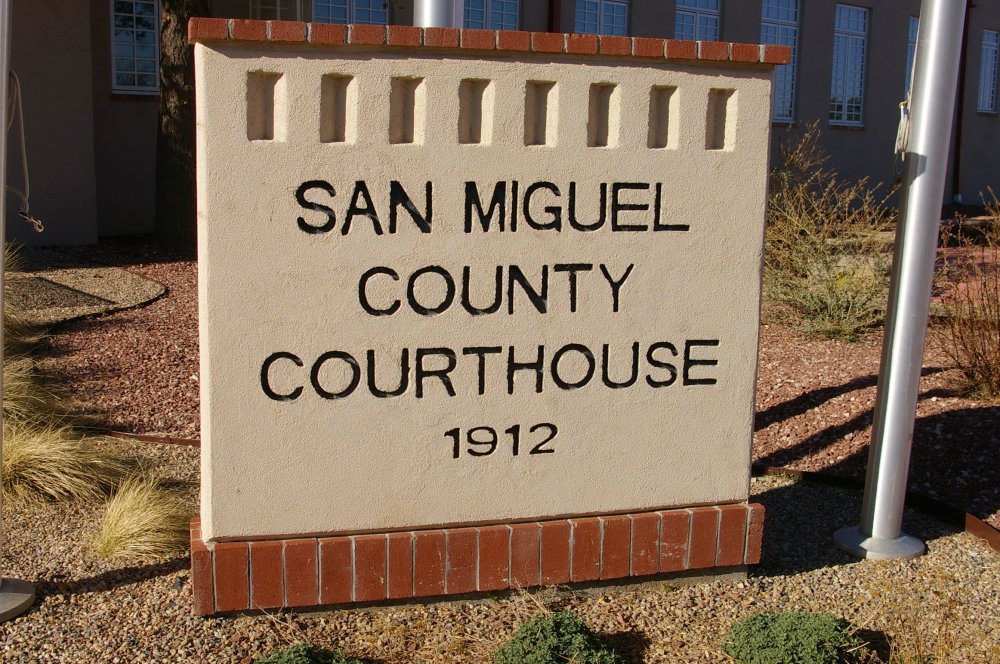 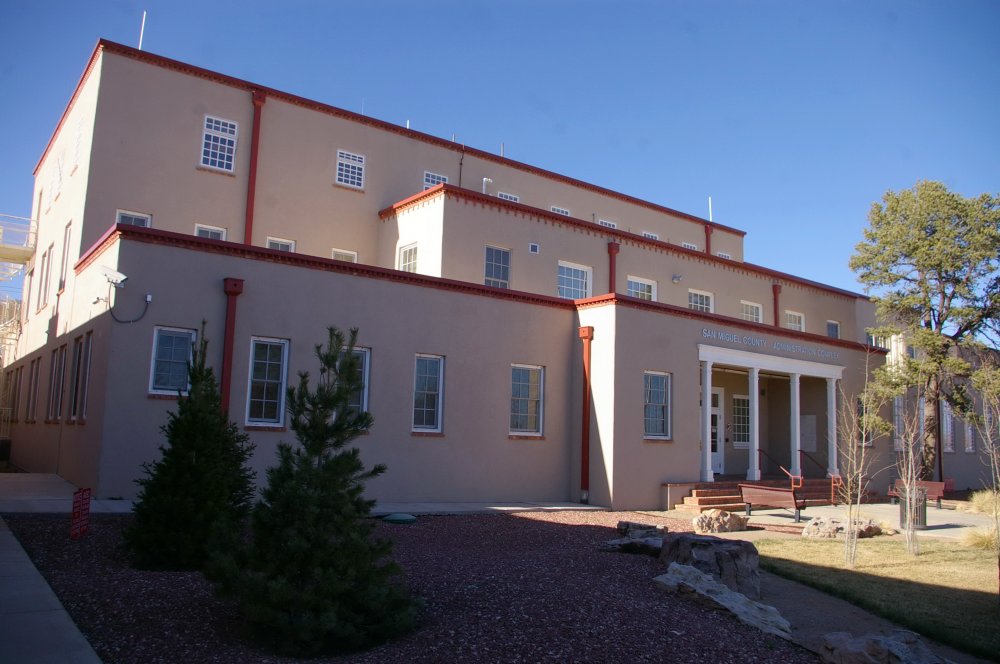 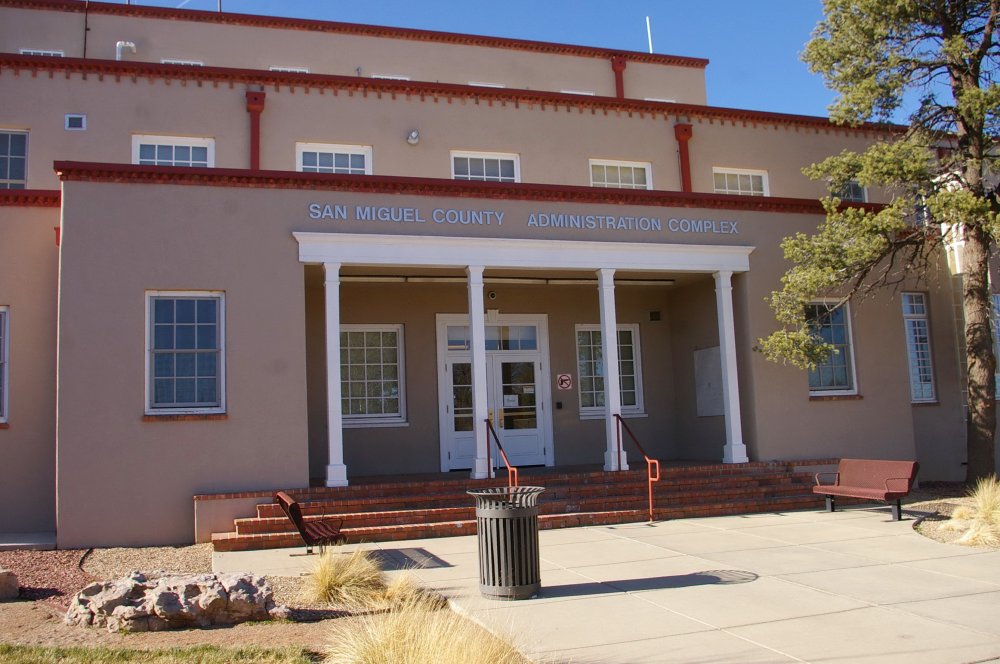 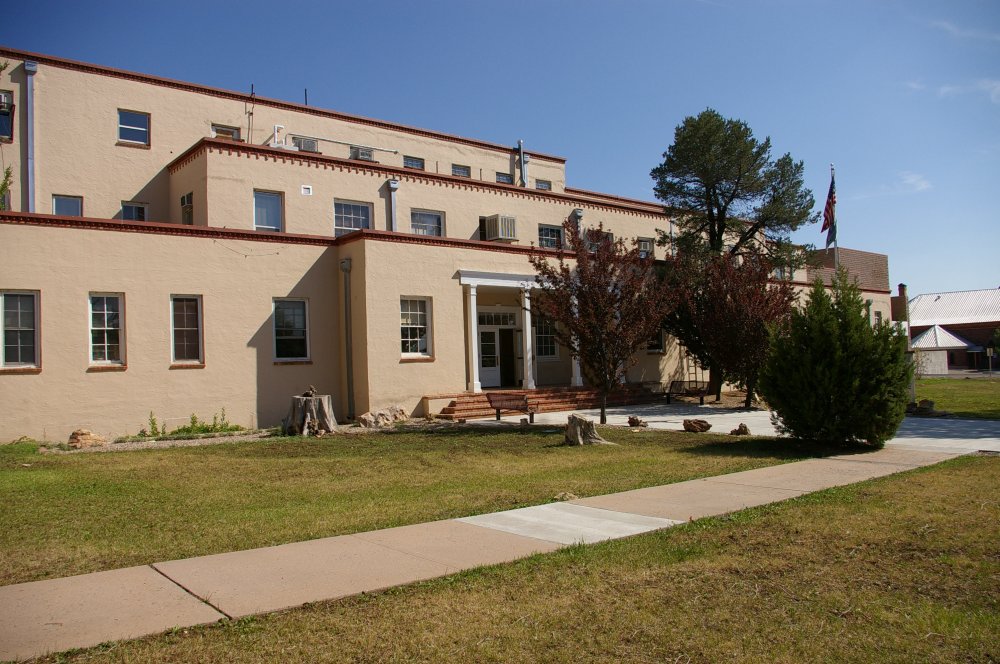 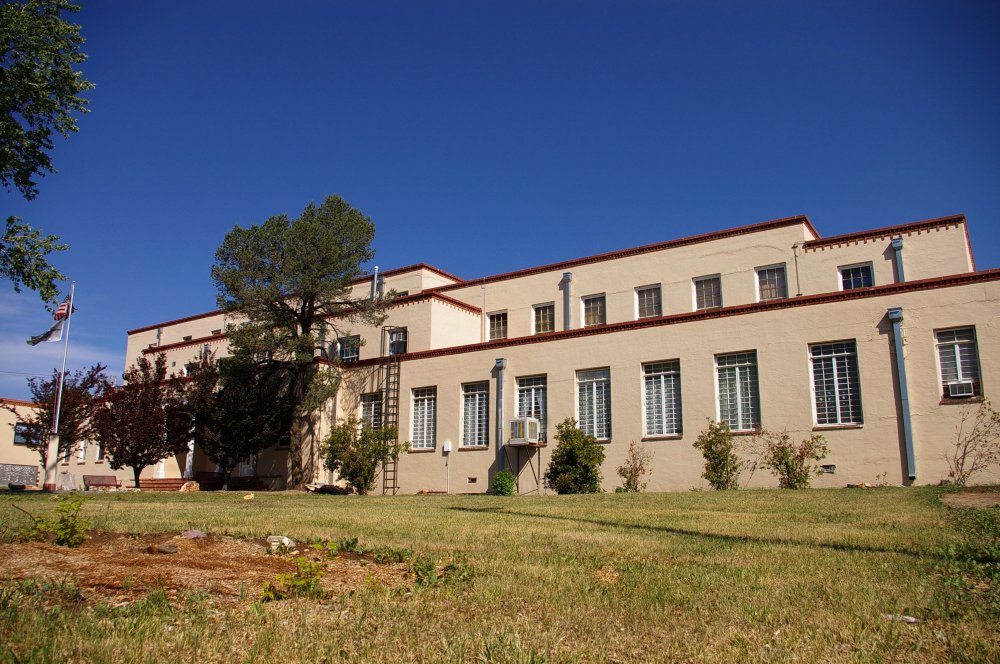 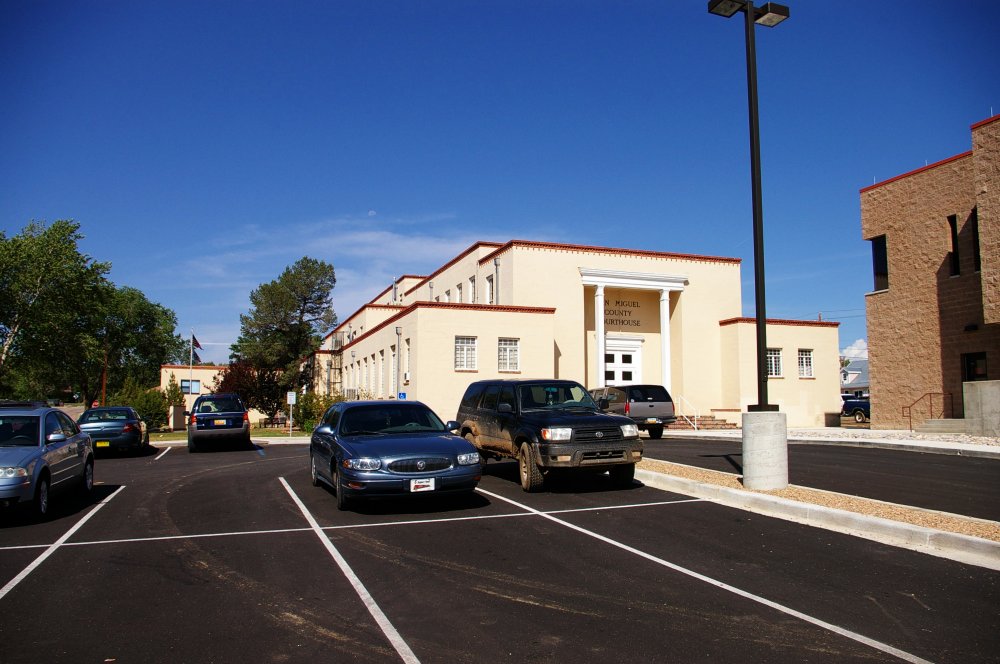 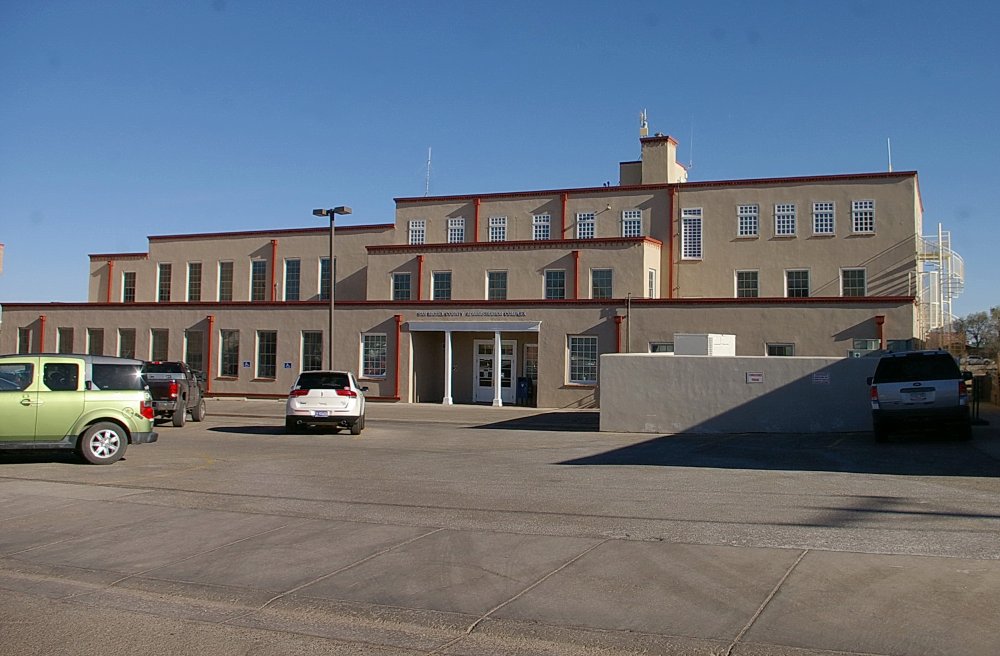 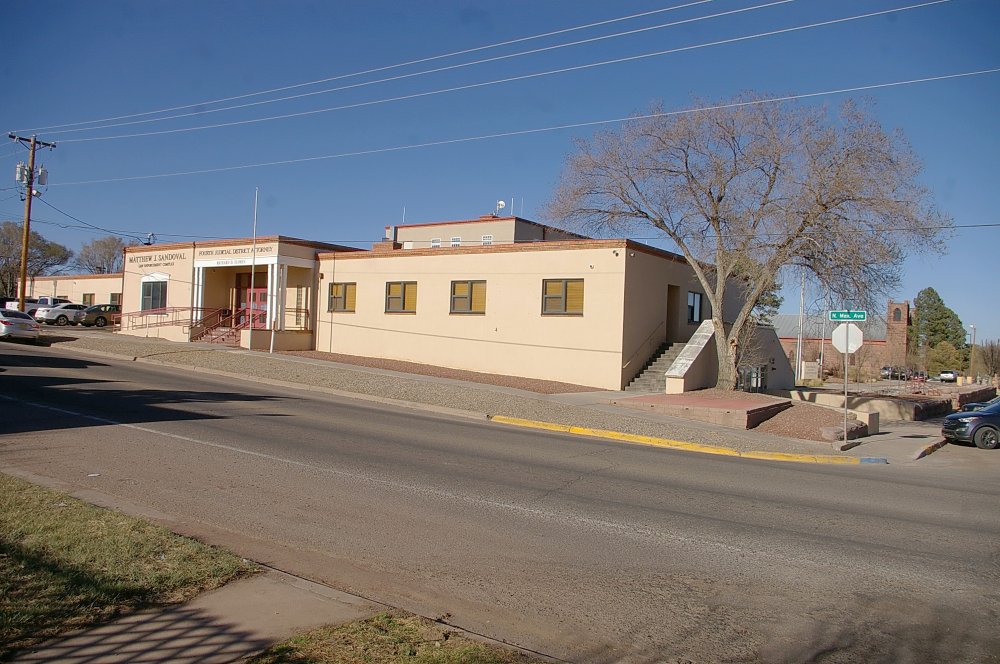