Otero County is named for Michael A Otero, territorial representative to Congress from 1856 to 1861. 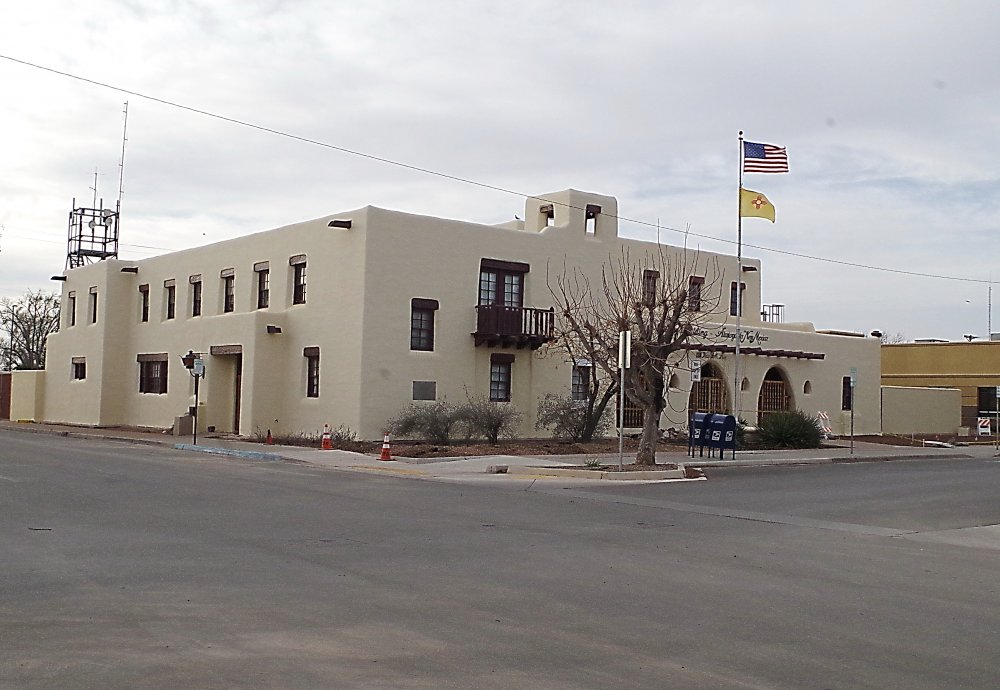 Description:  The building faces east and is a two story cream colored stucco and concrete  structure. The building is located on landscaped grounds in the center of the city. The east front has three large arches on the first story with recessed entrance with a large mural on each side. The walls have the rounded edges; the squared, stepped masses; the parapets; the projecting vigas; the canales; the recessed windows with squared timber lintels and wooden mullions; and the carved wooden doors with recessed detailing. The roof line is flat. The building was originally the post office. 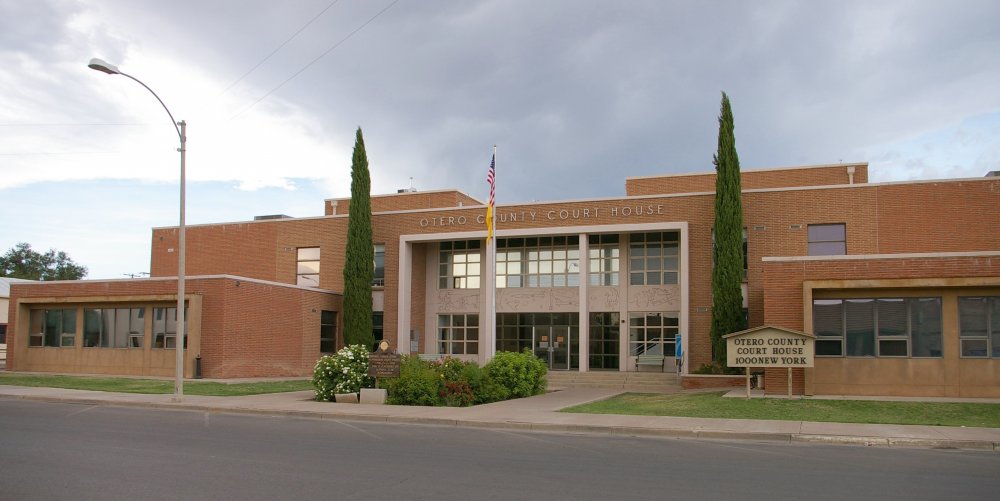 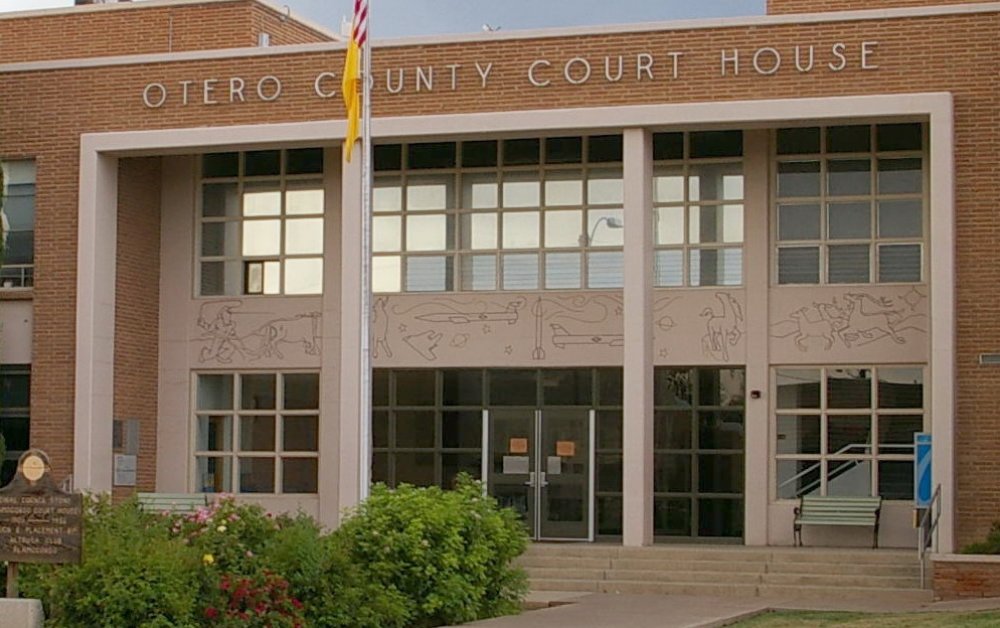 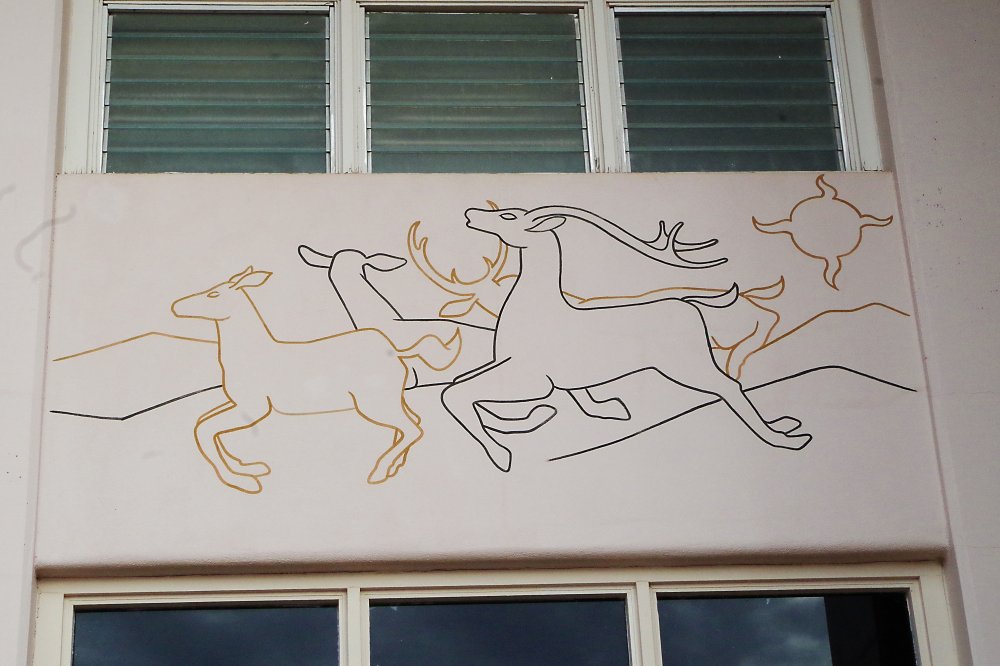 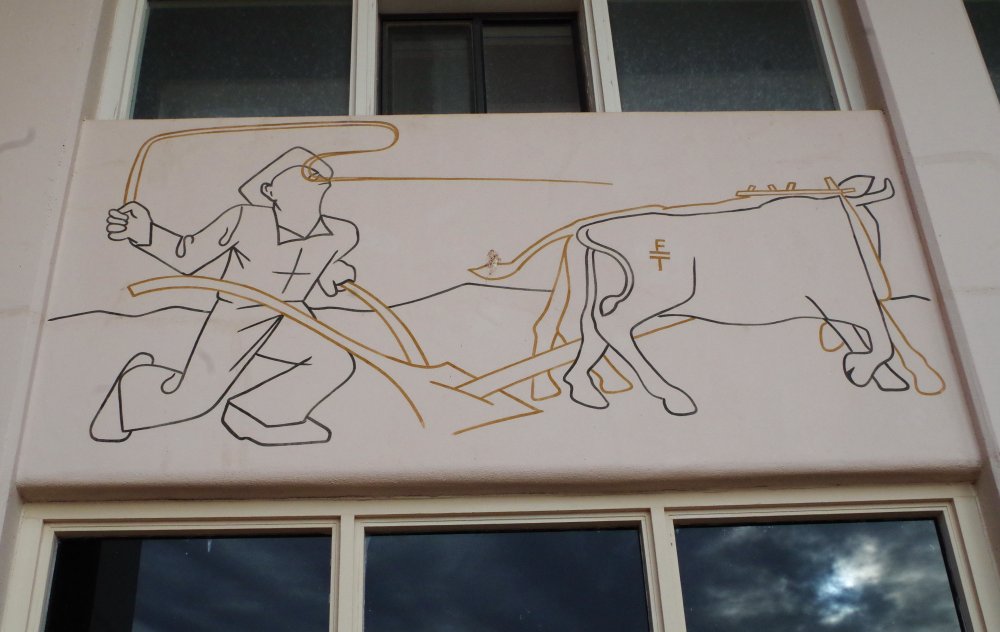 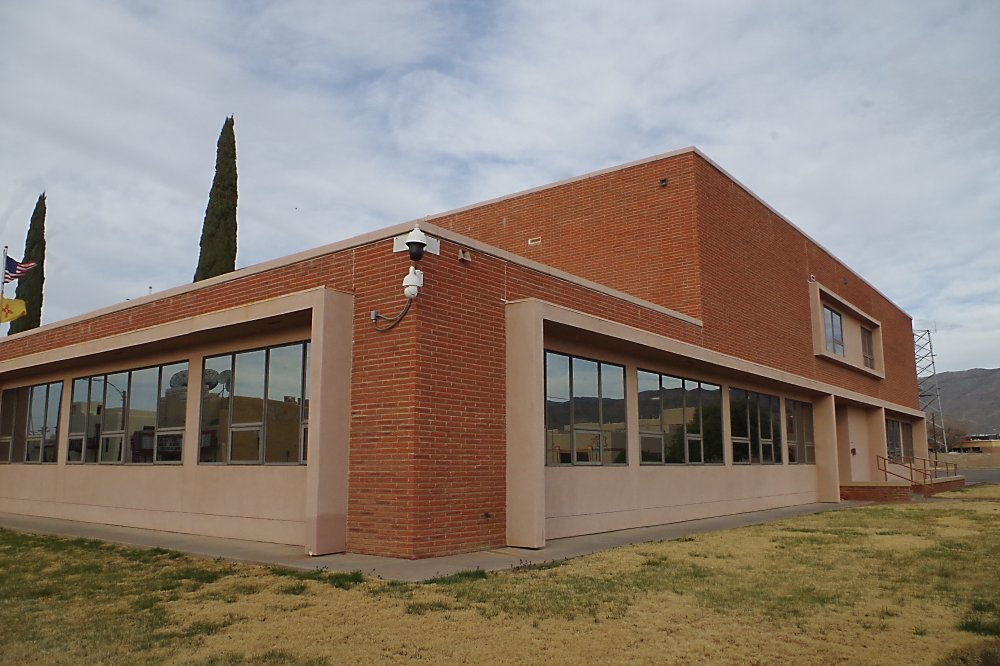 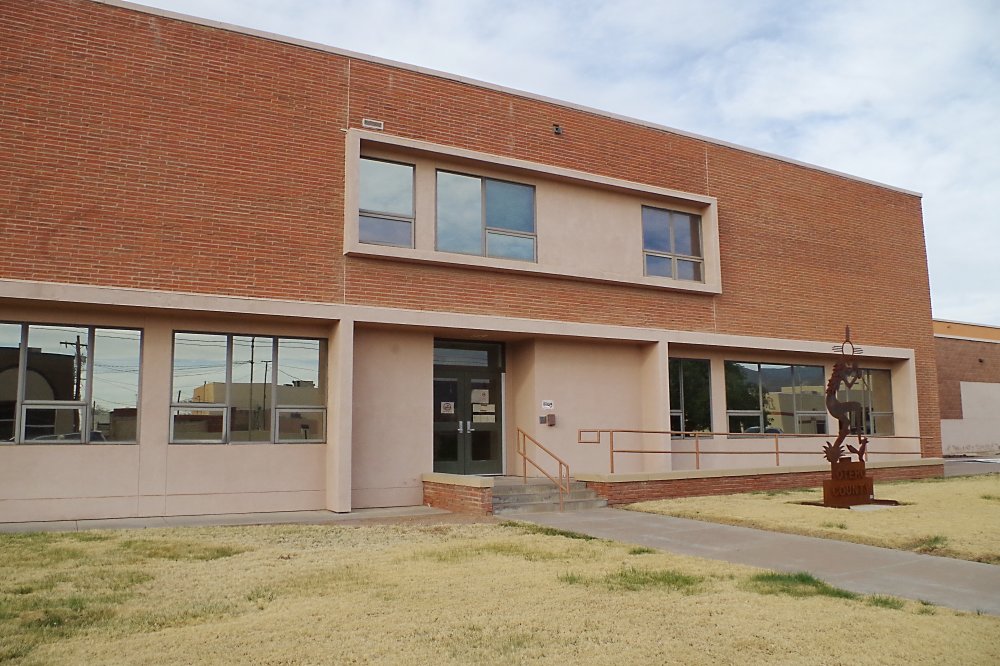 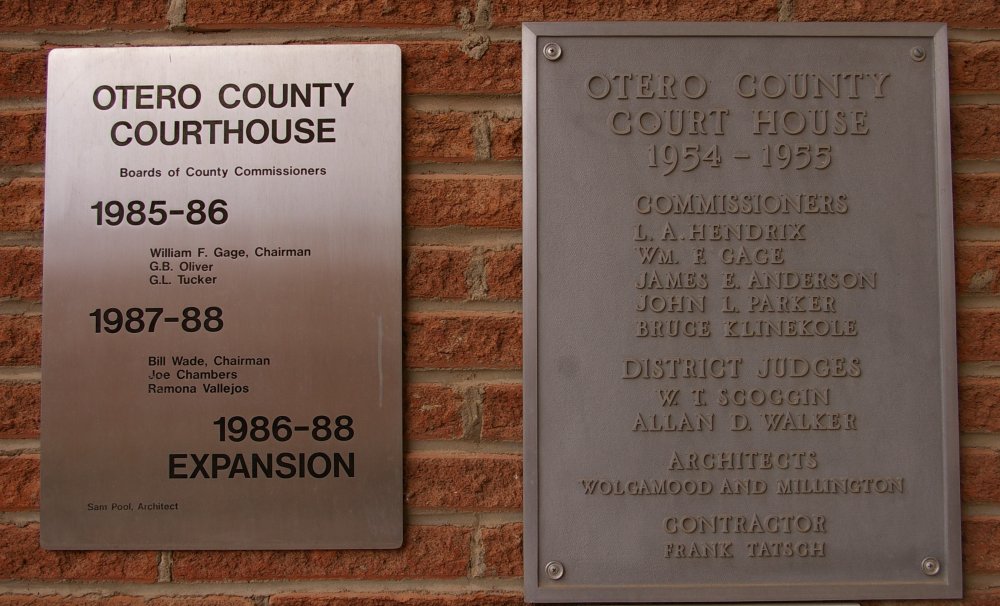 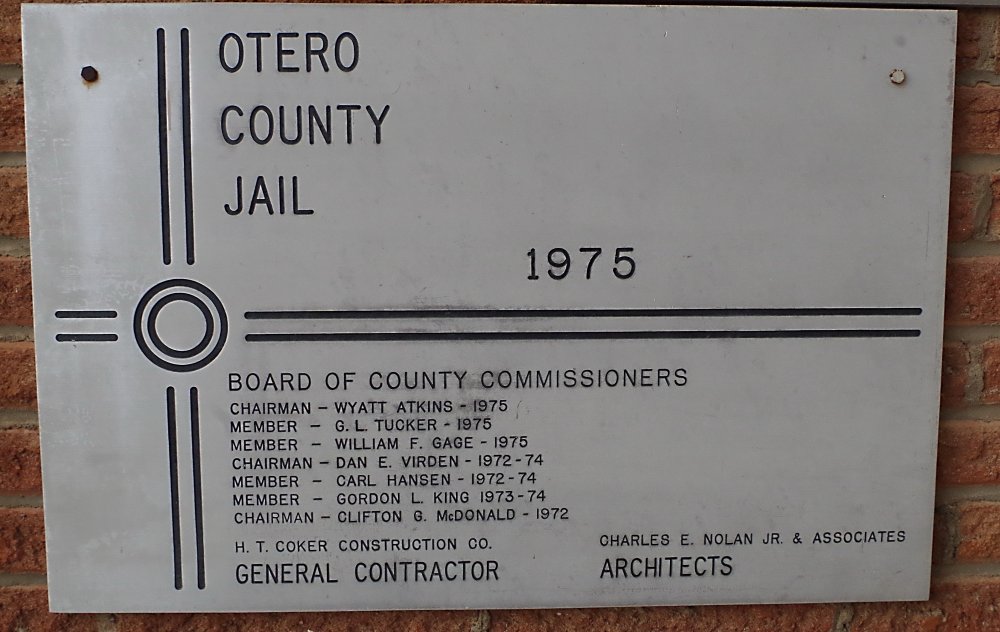