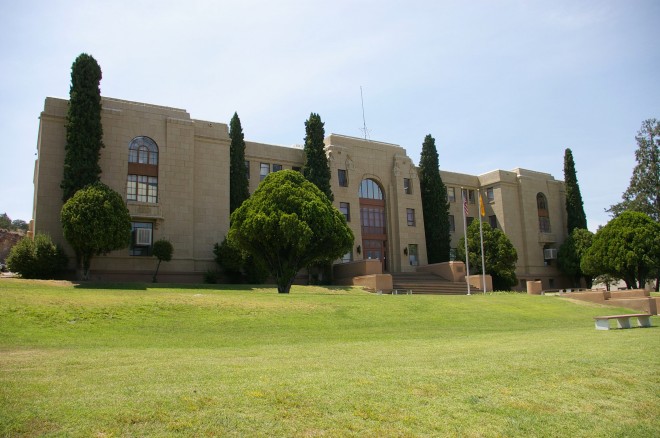 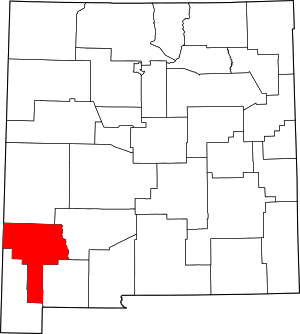 Description:  The building faces east and is a two story buff colored brick and concrete structure. The rectangular shaped building is located on spacious landscaped grounds on the side of a hill in the center of Silver City. There are projecting north and south wings on either side of the main entry and the entire east facade is faced with terra-cotta tile. At the east front entrance is a projecting center section with large arch with windows. The roof line is flat. In the interior, the lobby is decorated with murals of southwest New Mexico scenes by Santa Fe painter Theodore Van Soelen. A grand staircase ascends to the second story. The building houses the District Court of the 6th Judicial District. On the west side is the County Jail. 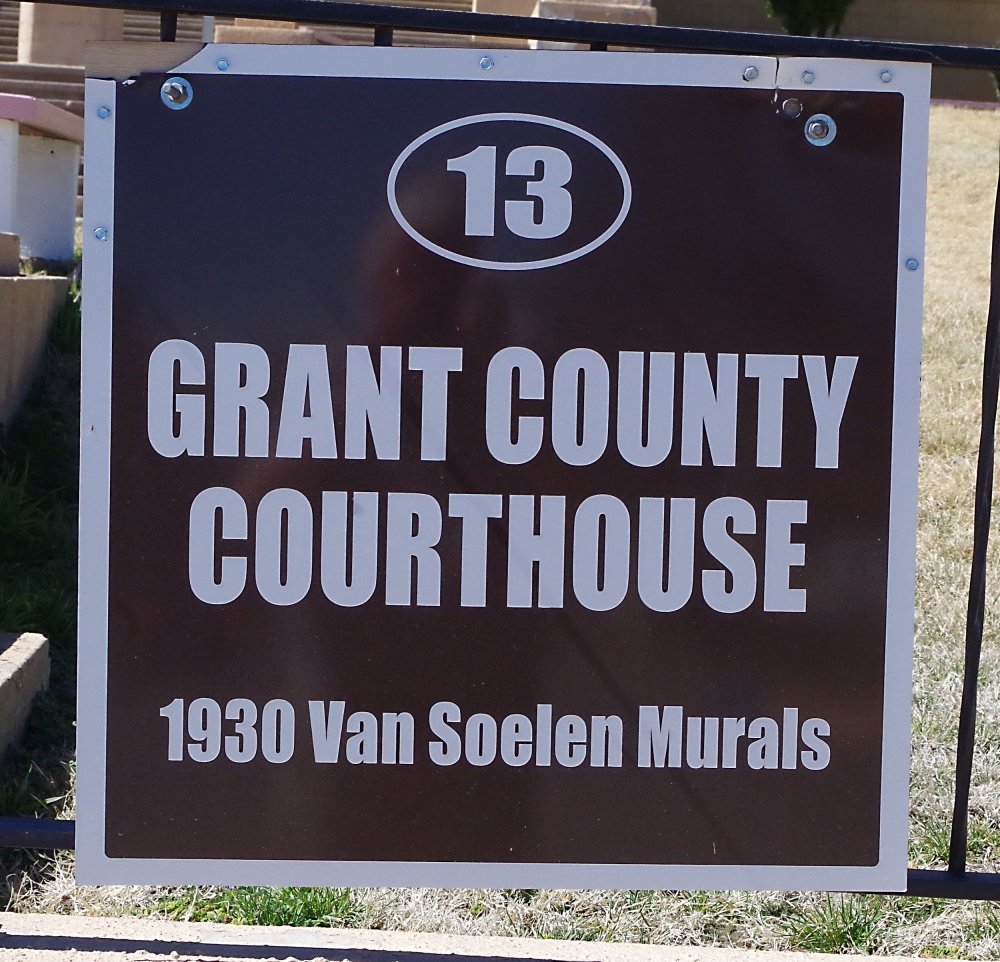 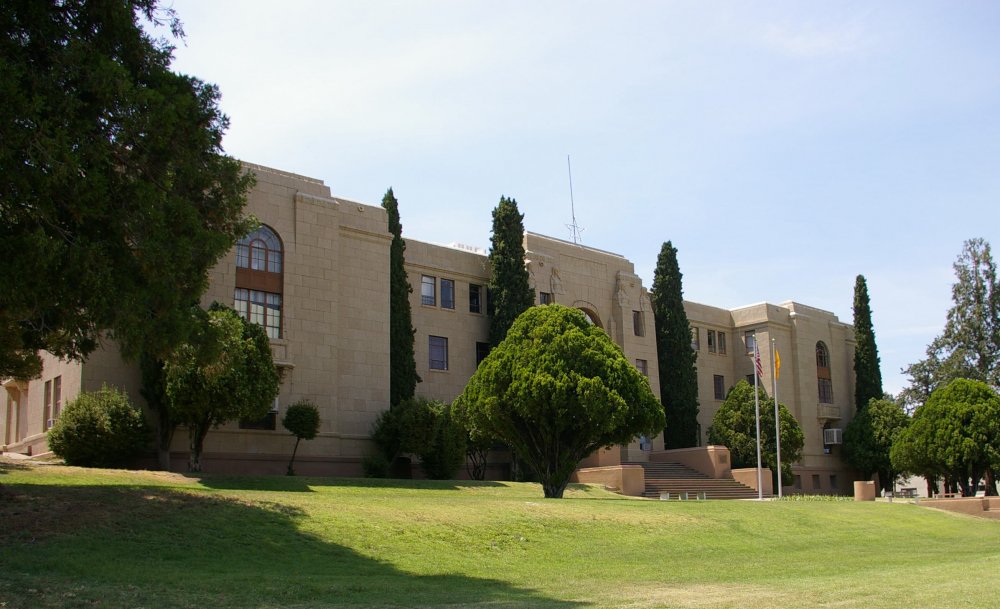 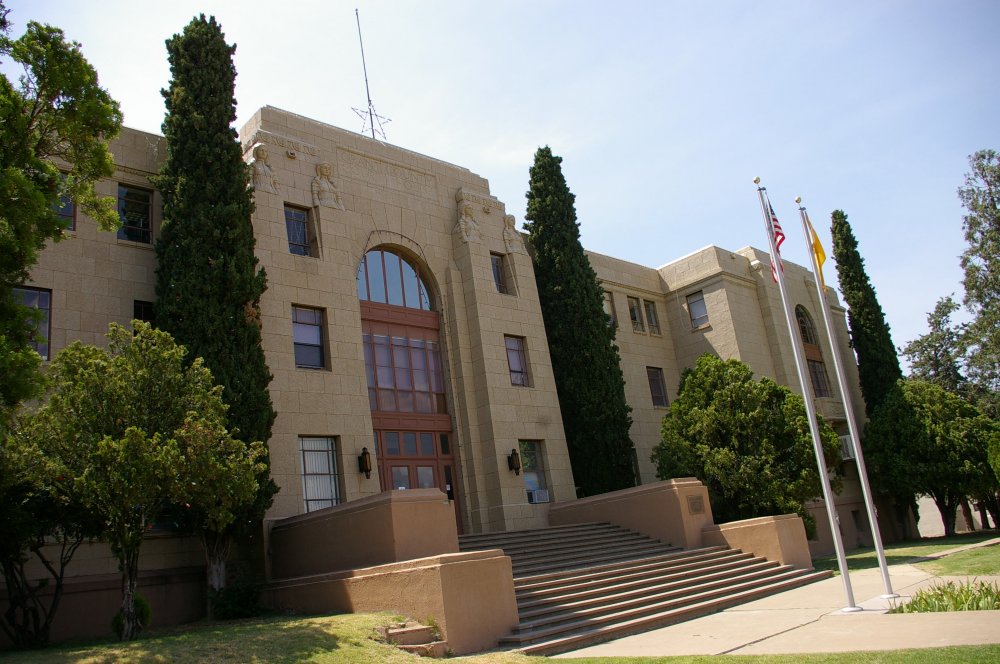 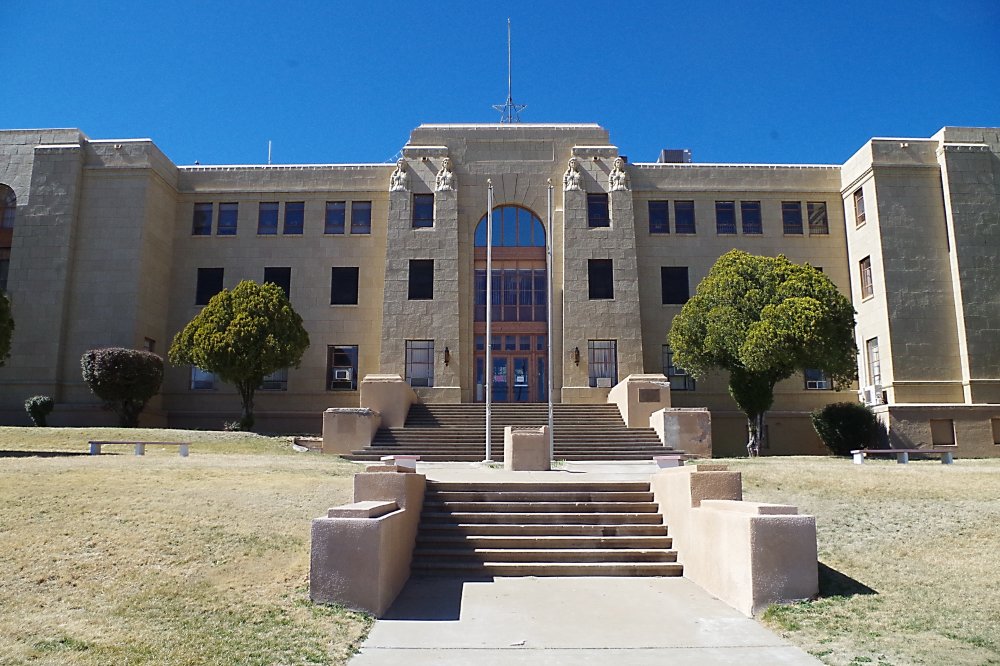 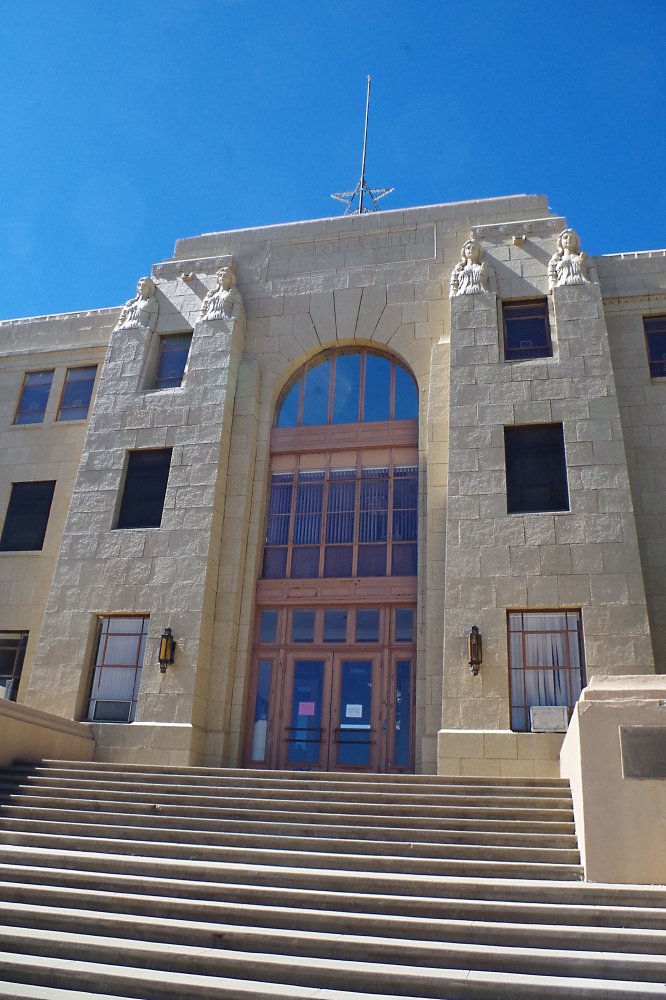 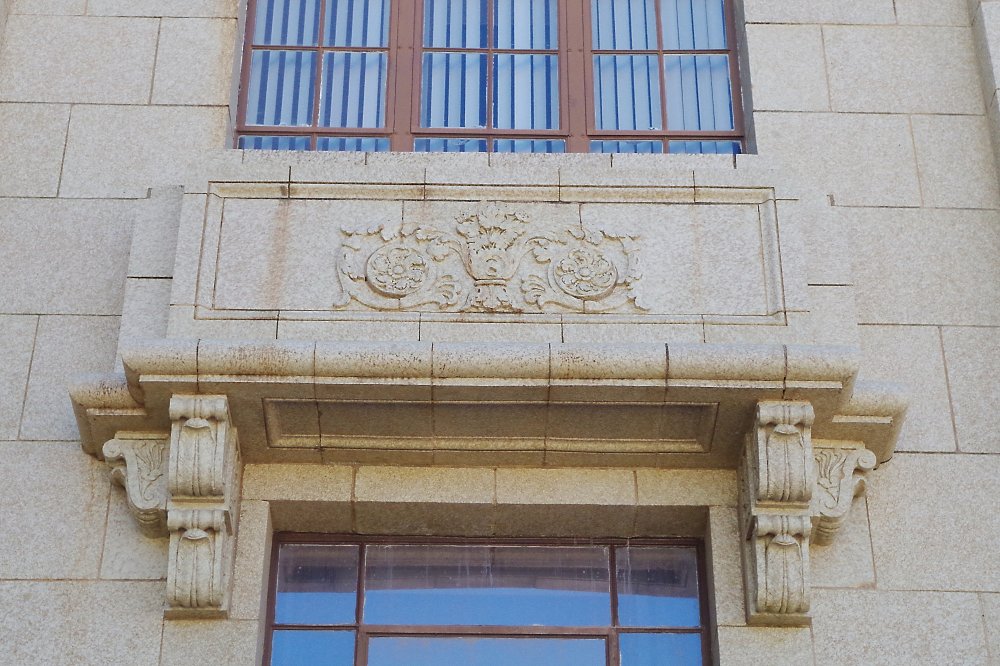 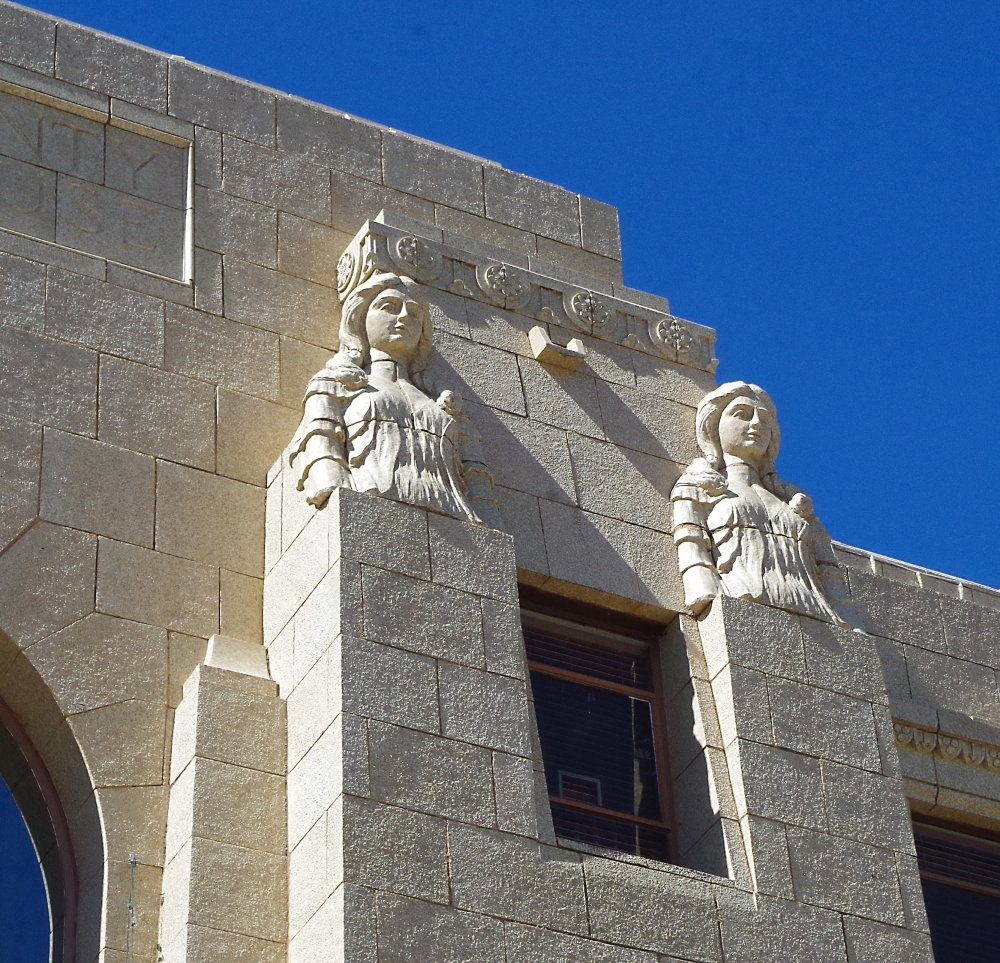 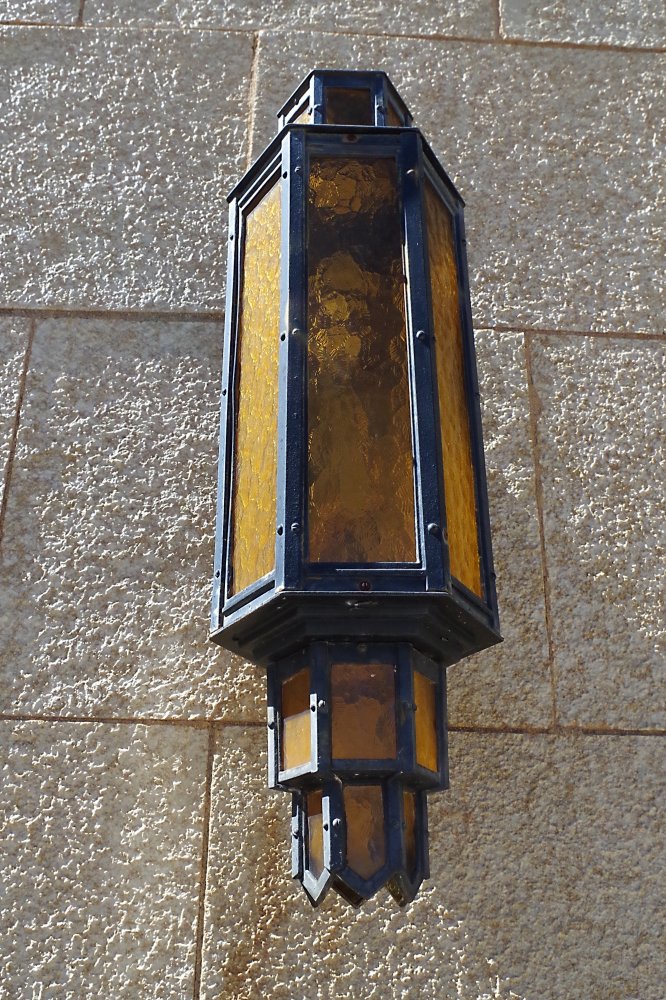 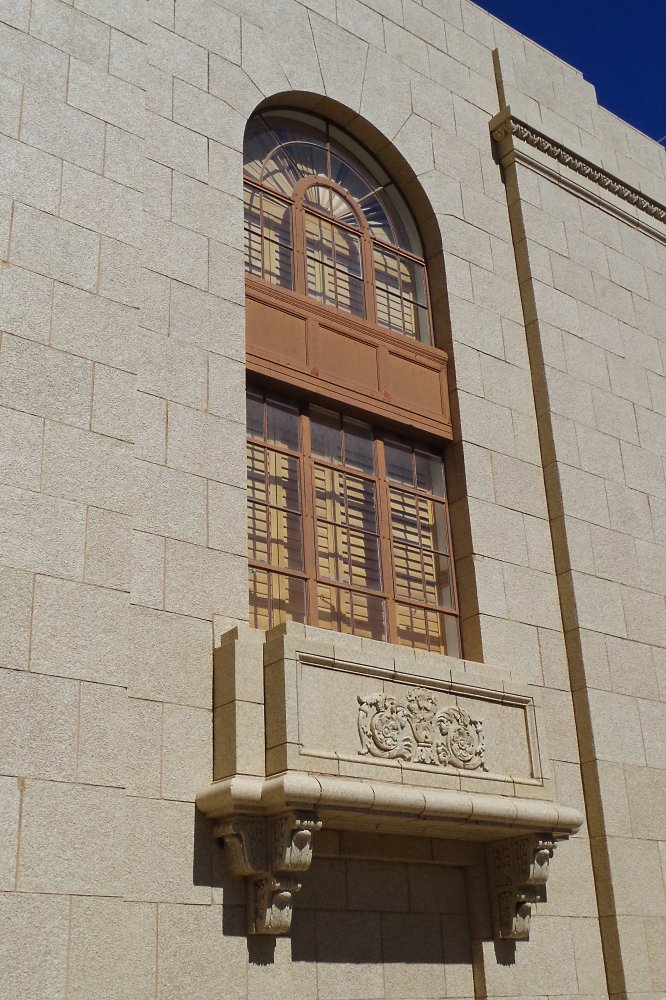 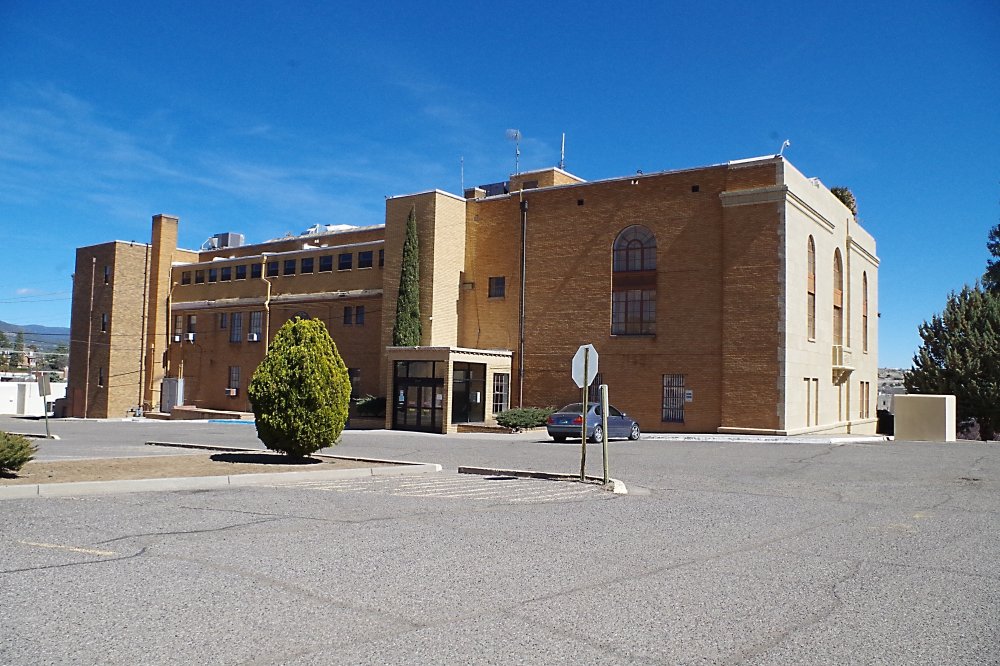 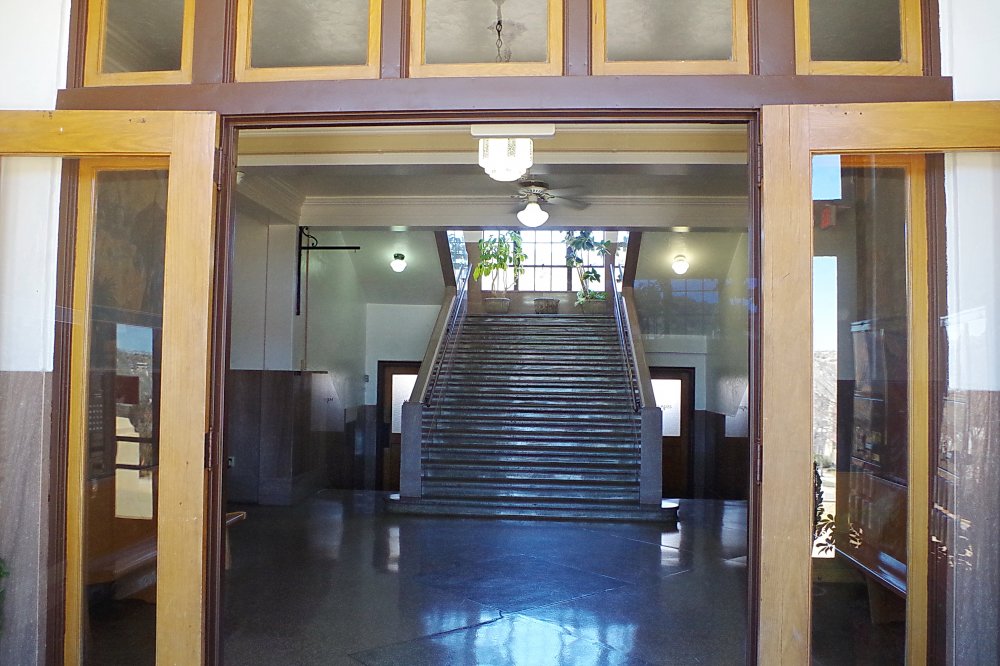 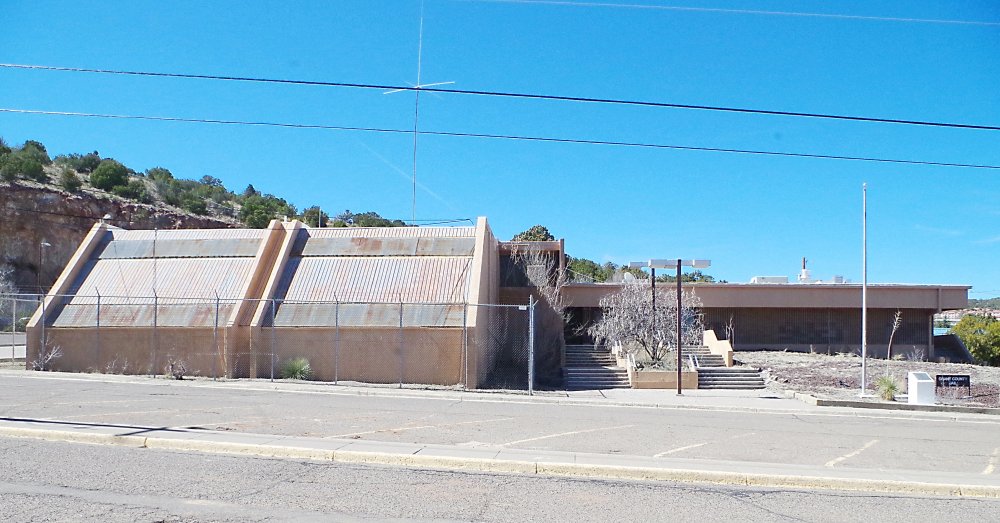 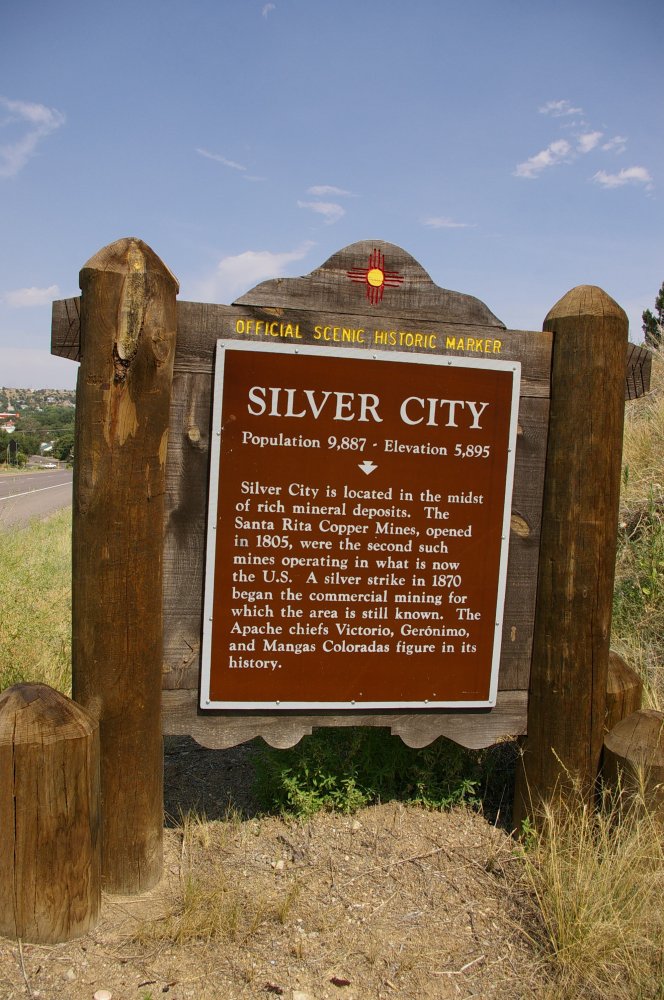