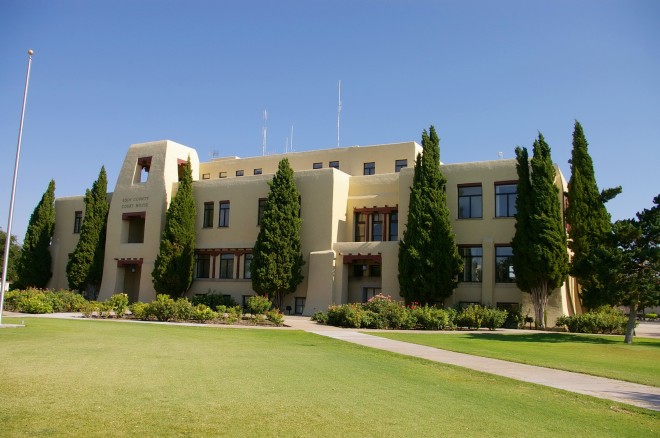 Eddy County is named for Charles B Eddy, who was a rancher in southeastern New Mexico during the last decades of the 19th century.

Description:  The building faces south and is a three story yellow colored stucco and concrete structure. The building is located on spacious landscaped grounds in the center of Carlsbad. The building is tired with a recessed third story. The roof line is flat. The building houses the District Court of the 5th Judicial District. First erected as a Victorian style building, the east wing was completed in 1914. The architect was I H Rapp and the contractor was Campbell Brothers. From 1937 to 1939, the building was completely remodeled to the current Spanish Pueblo style. The architect was R W Vorhees and the contractor was Lembke Construction Company of Albuquerque. The building was renovated in 1975. The architect was Art Gorrell. Further renovation were done by Courson Construction in 1990. From 2000 to 2002, another major remodeling added the north entrance and a Pueblo style portico with a simulated river was constructed. 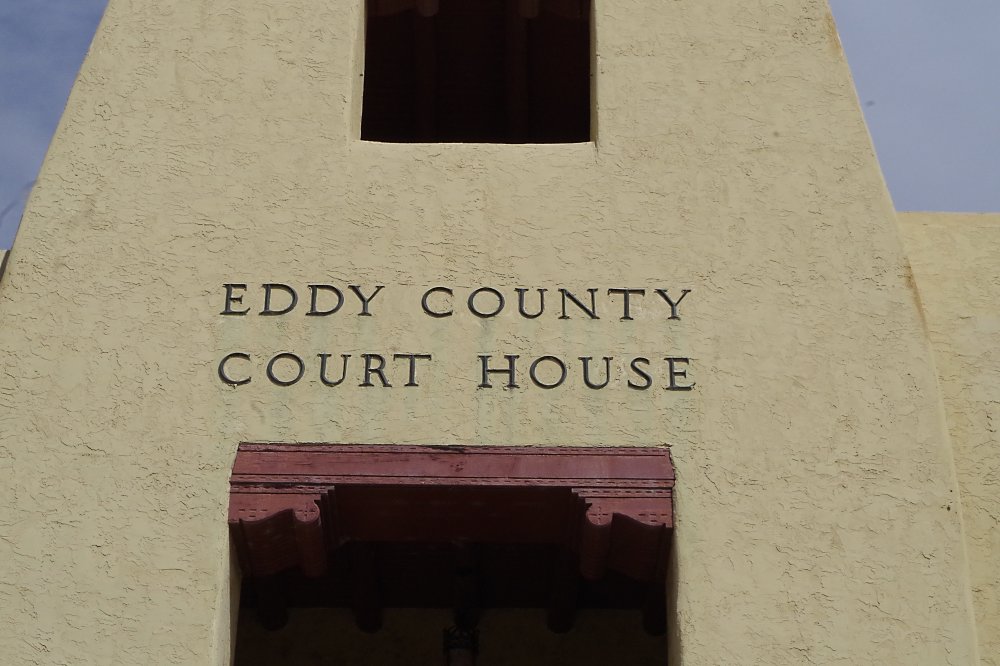 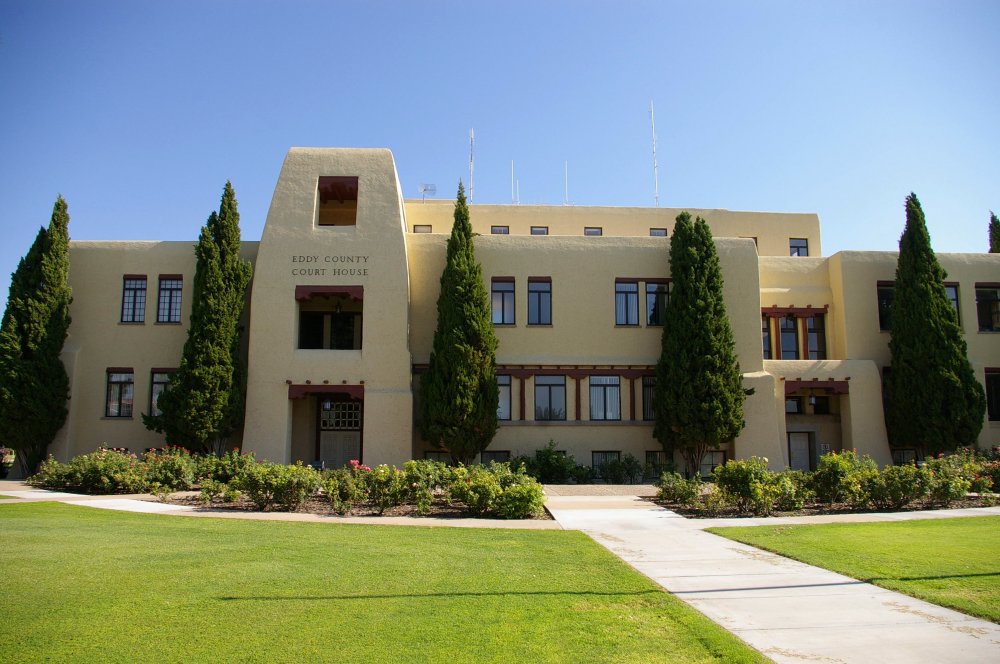 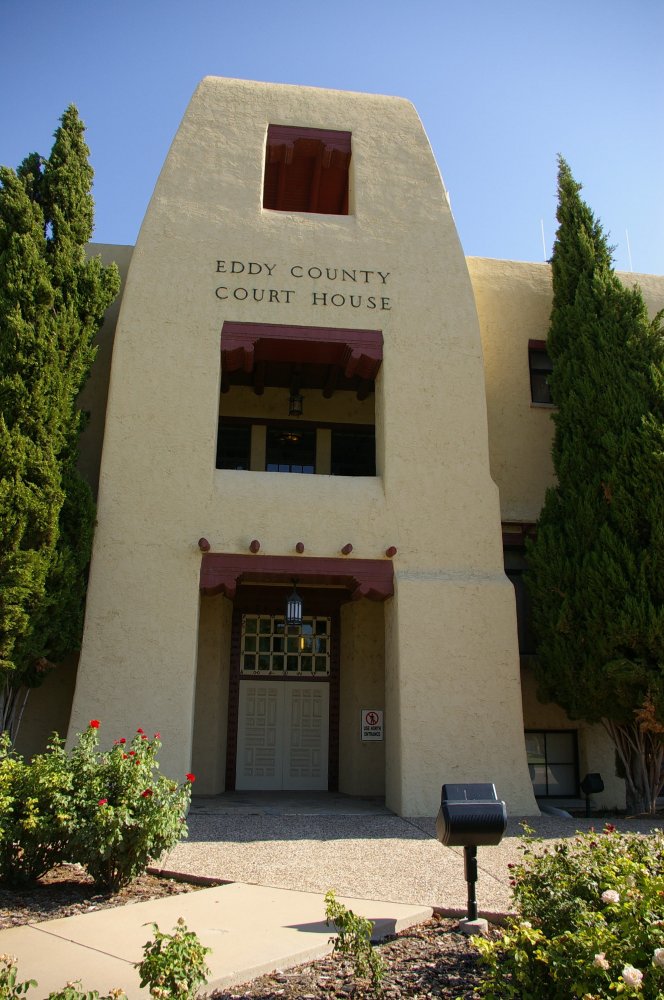 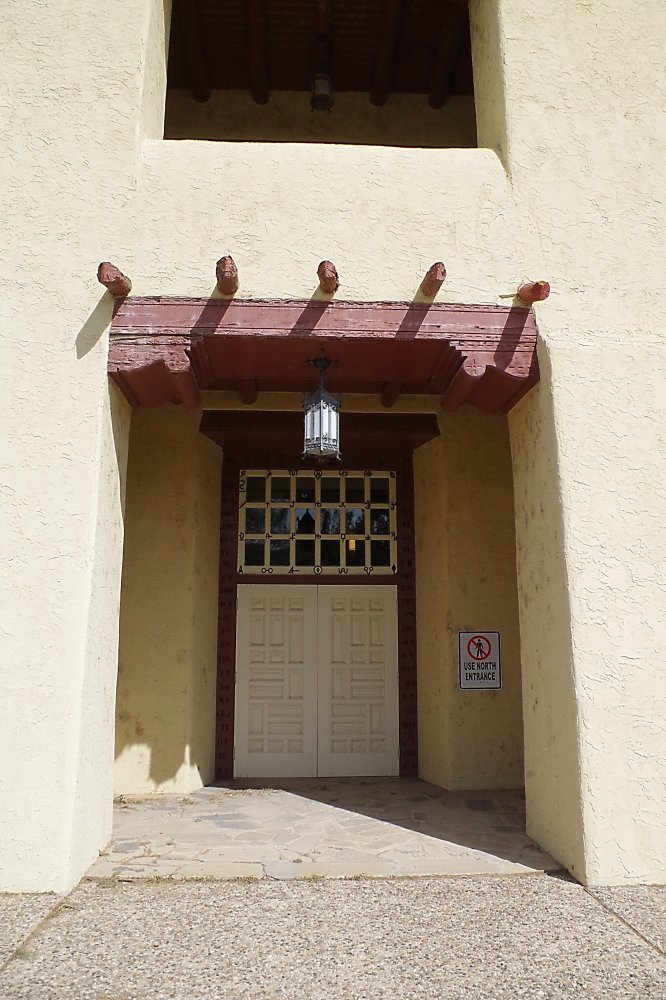 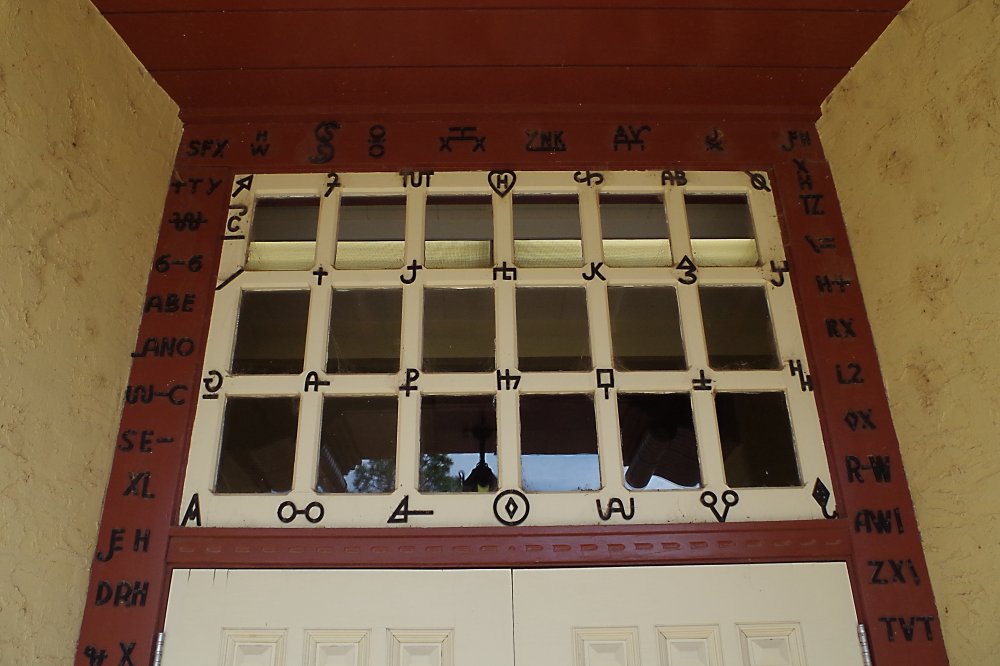 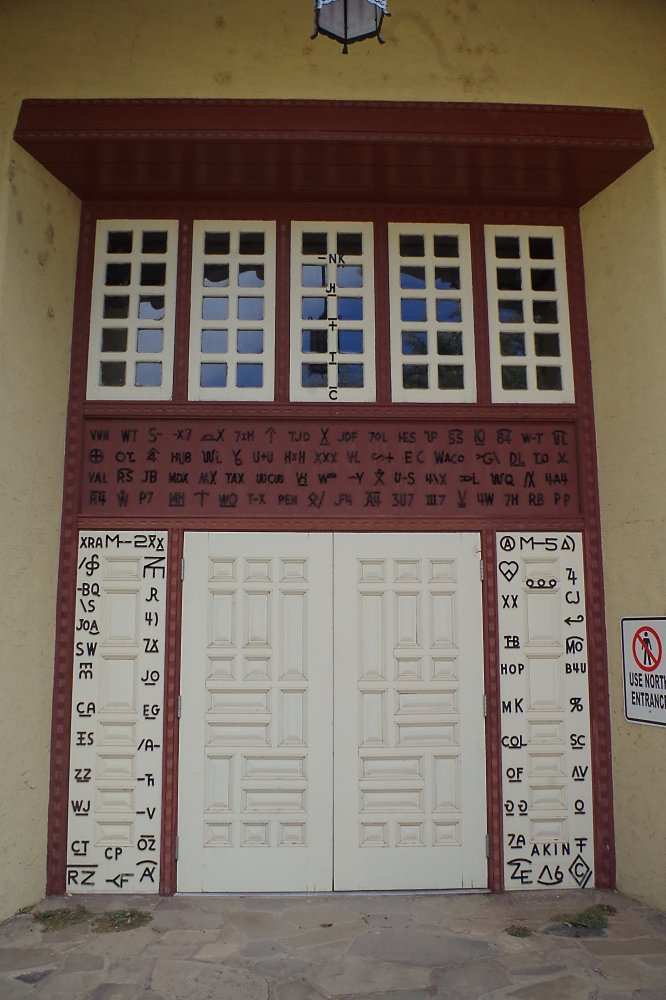 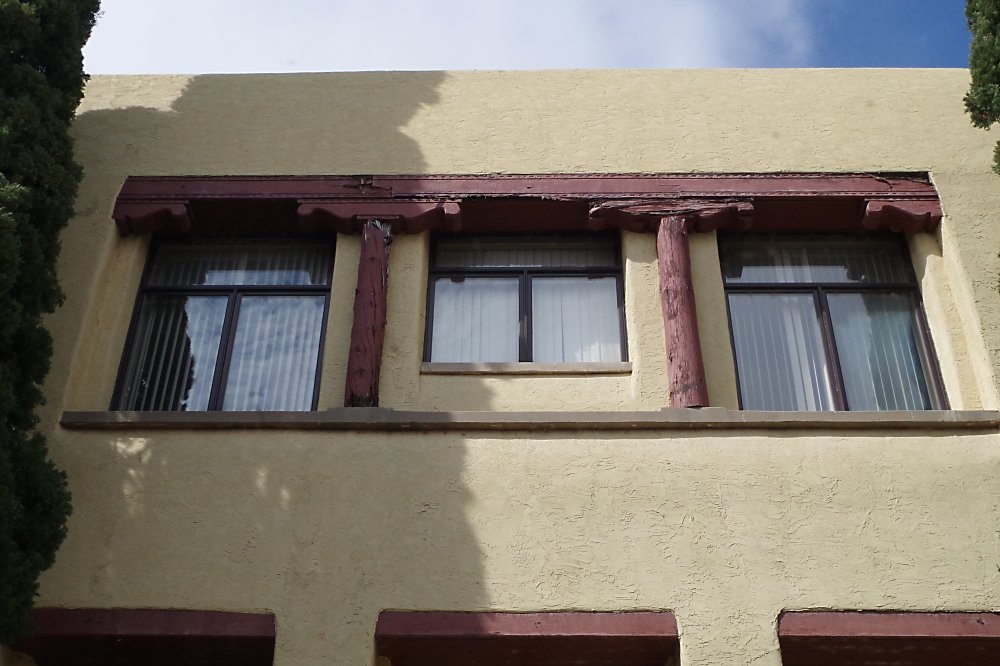 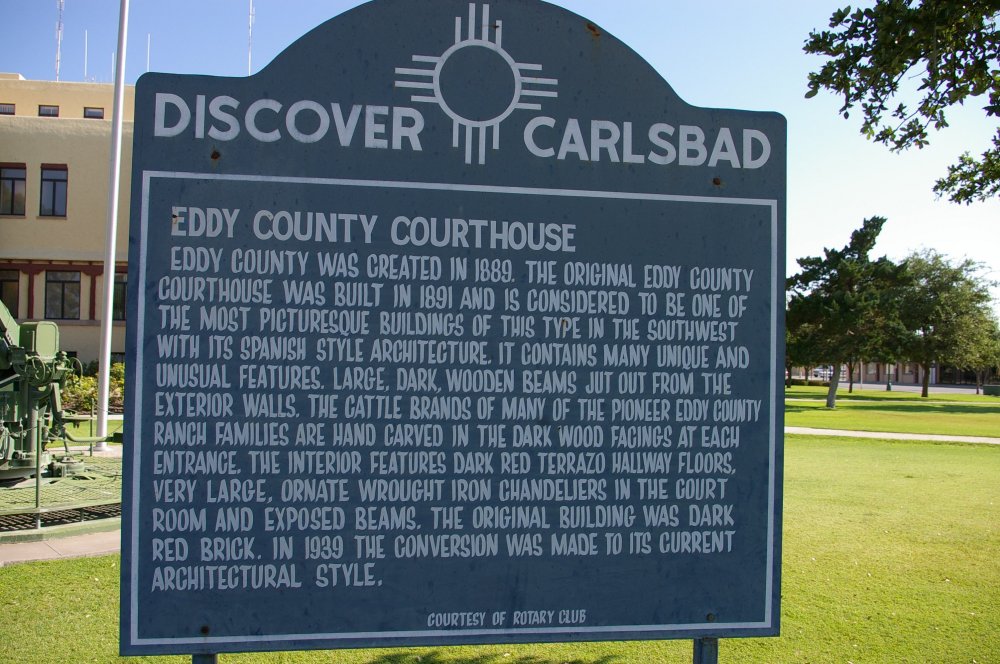