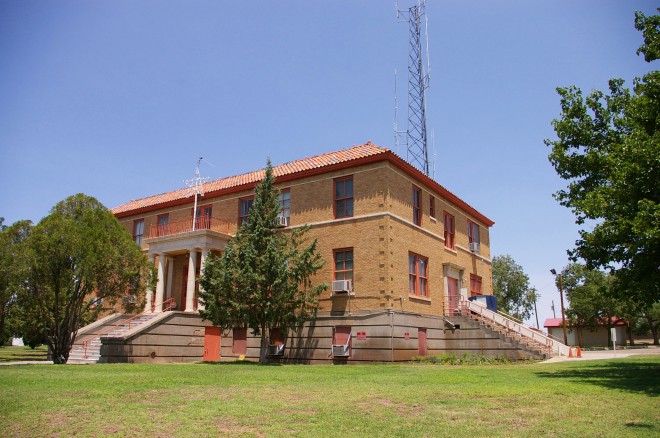 De Baca County is named for Ezequiel de Baca, who was the second governor of the state of New Mexico. 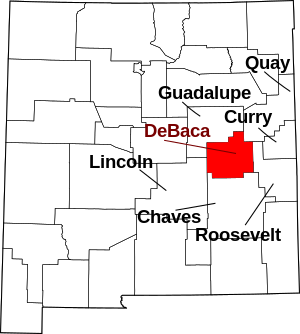 Description: The building faces south and is a two story blond brick, stone and concrete structure. The rectangular shaped building is located on spacious landscaped grounds in the center of Fort Sumer. The building has a raised concrete basement. The main access to the building is up one flight of stairs and under a classically detailed Greek Classical portico. Columns on the landing are of cast concrete with small floral decorations on the capitals and frieze. Above the entablature is a decorative balcony with iron railing. The entrance has double wood paneled doors with six light half glazing, sidelights and transom. The banded podium, projecting-brick corner quoins and cast stone entrance details of the courthouse carry the underlying Classical image. The roof is a truncated hipped roof of mixed color clay tiles. The interior of the building is detailed with vinyl tile floors, plaster walls and ceilings, and cast wainscot. Doors throughout the building are wood paneled with a half light and transom above. Wall murals on the second story which depict the history of the county were painted by Vernon Hunter in 1934. The first mural depicts the county from 1865-1907 and shows Fort Sumner as a military base, with local ranchers and Indians in apparent conflict. The family of Lucien Maxwell is pictured in this mural in front of a large, Folk Territorial Style farmhouse. Another mural entitled “The Last Frontier” depicts the railroad, the New Mexico/Texas state line, and early frontiersmen working, gambling and fighting a fire in the Opera House in 1907. The last mural shows a wheat farmer in the foreground, with industrialization rising quickly on the horizon. The courtroom in this building is located on the second story and has been modernized, with only a few original light fixtures remaining. The building houses the District Court of the 10th Judicial District. The jail is located in the basement. The architect was Kerr & Walsh and the contractor was Axtell & Sperry. On the west side is a one story buff colored brick Community Service Center constructed in 1985. The architect was Pat McMurray, Architect and the contractor was Trademaster Construction Company. 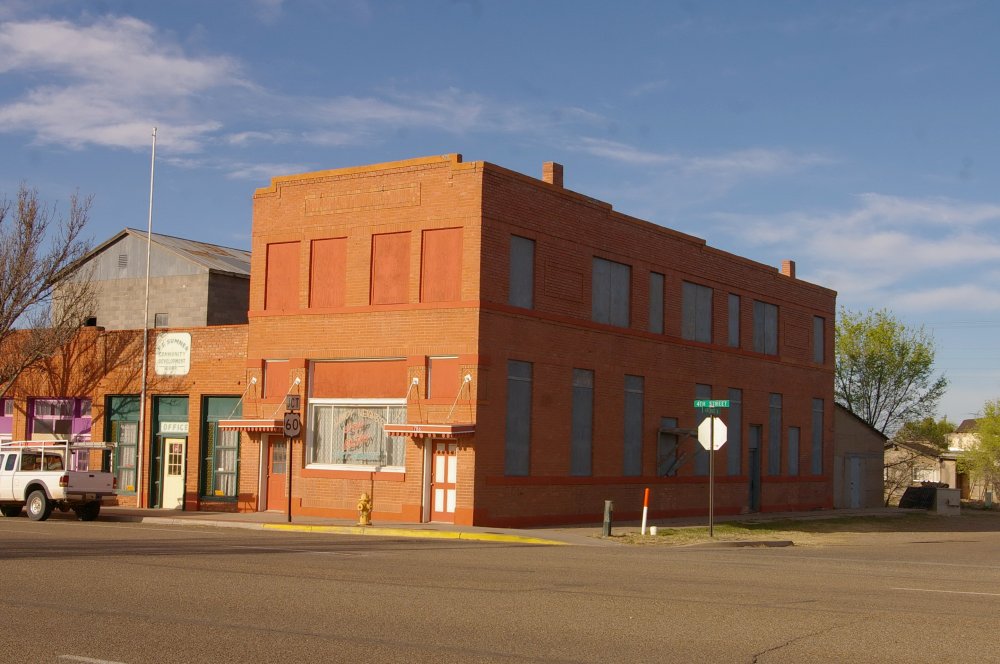 Description: The building faces east and is a two story light red colored brick and concrete structure. The rectangular shaped building is located in the center of Fort Sumner to the west of the courthouse. The building has two entrances on the east front with large window between. The roof line is flat. The building served as the courthouse until 1930 and is now The Art Gallery.

History:  The county was created in 1917 and Fort Sumner was selected as the county seat. The first courthouse was a two story commercial building which is still standing, The second and present courthouse was constructed in 1929 to 1930 at a cost of $29,814.. 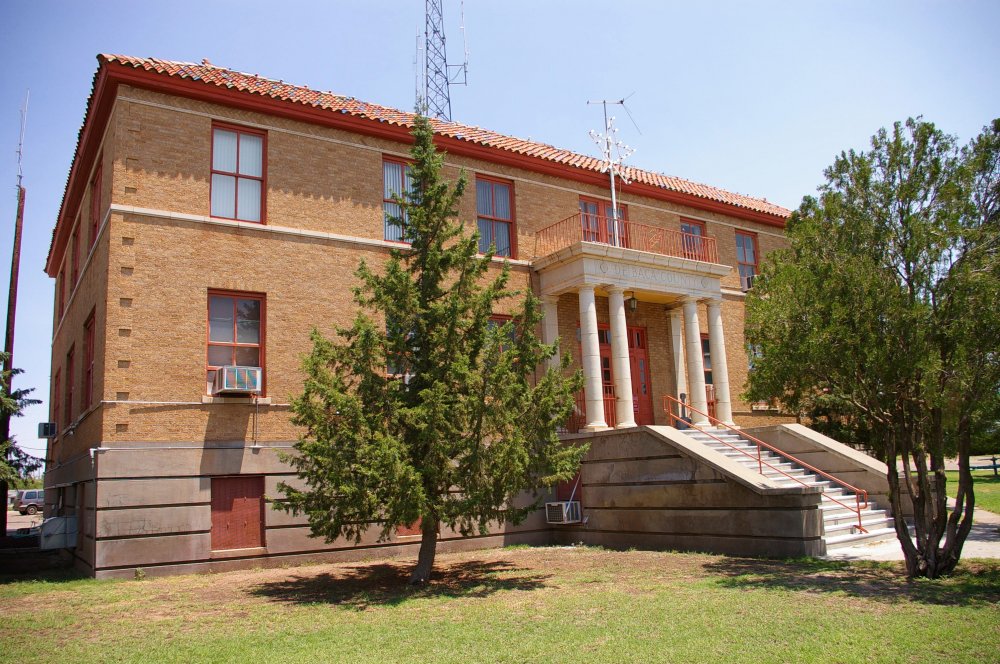 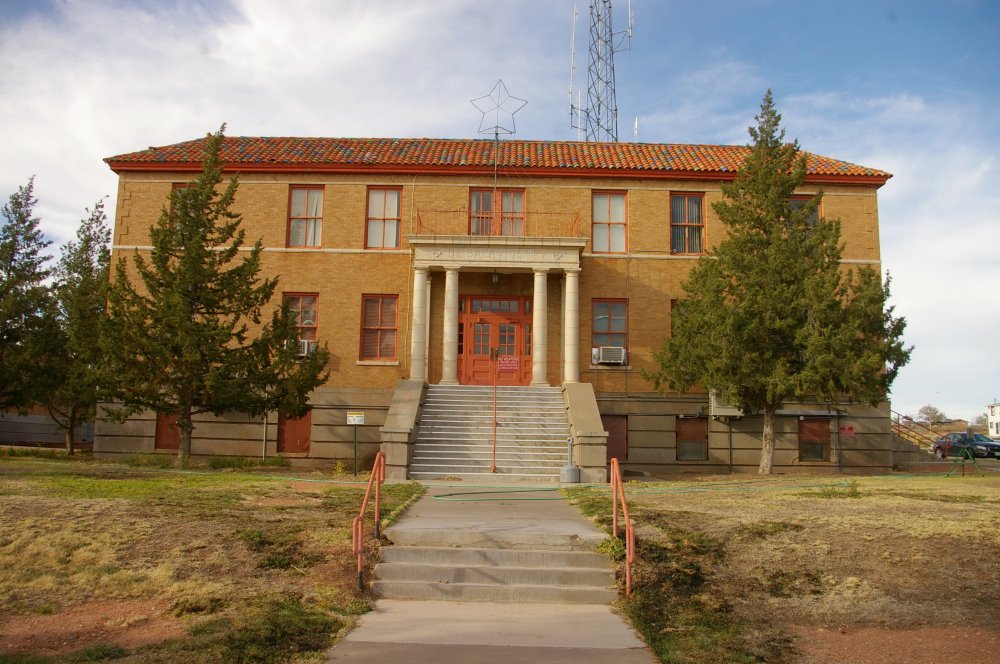 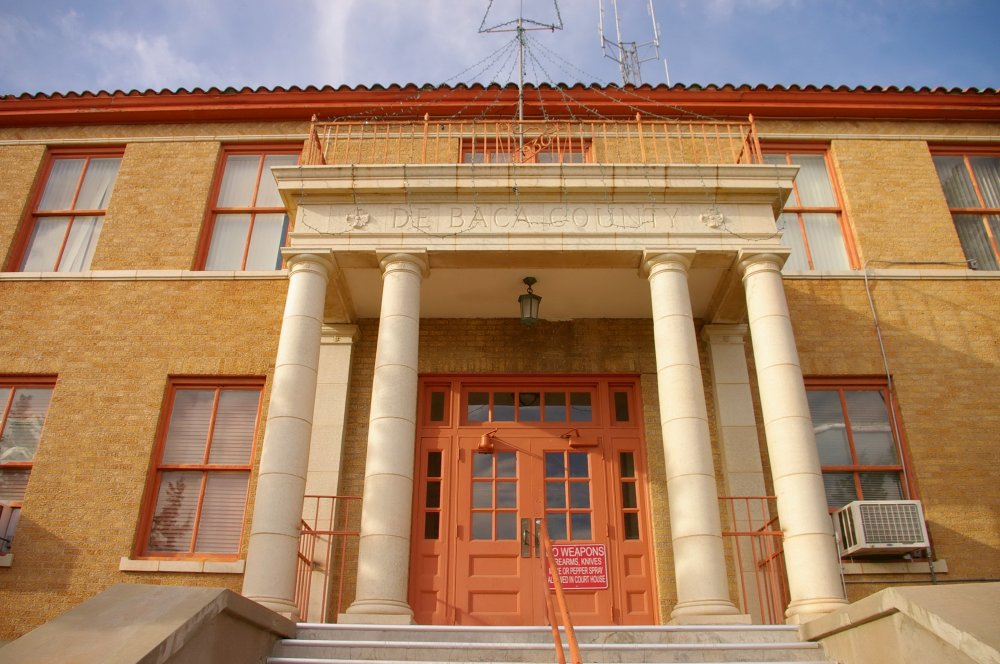 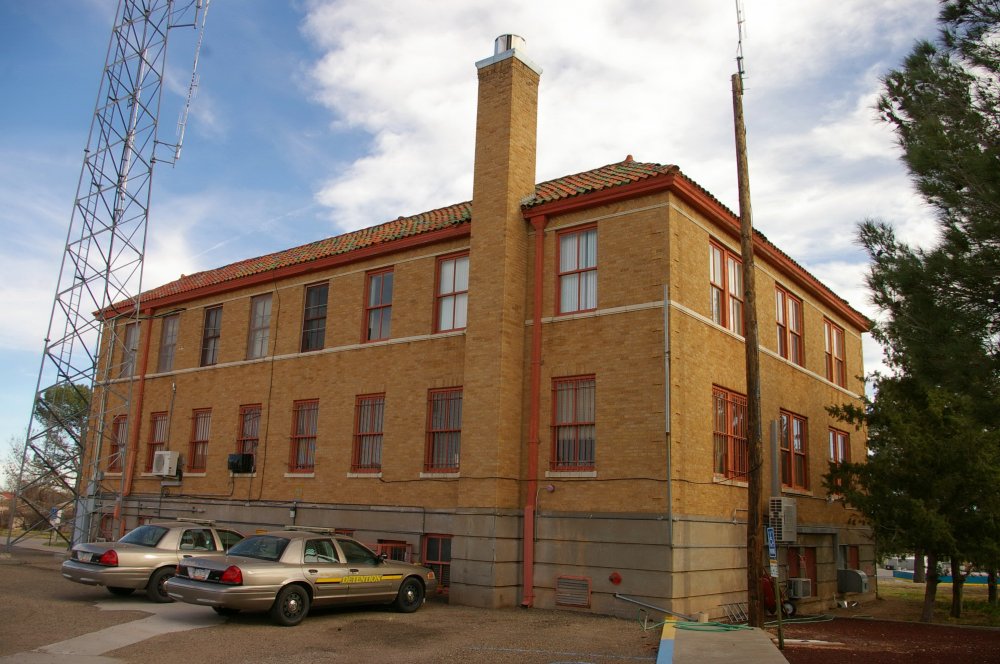 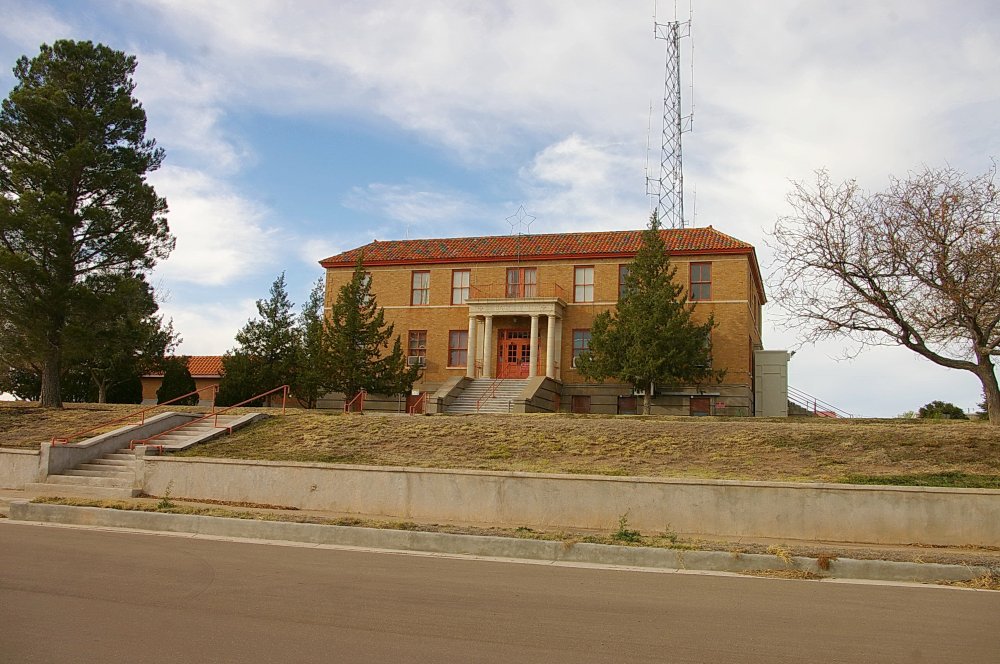 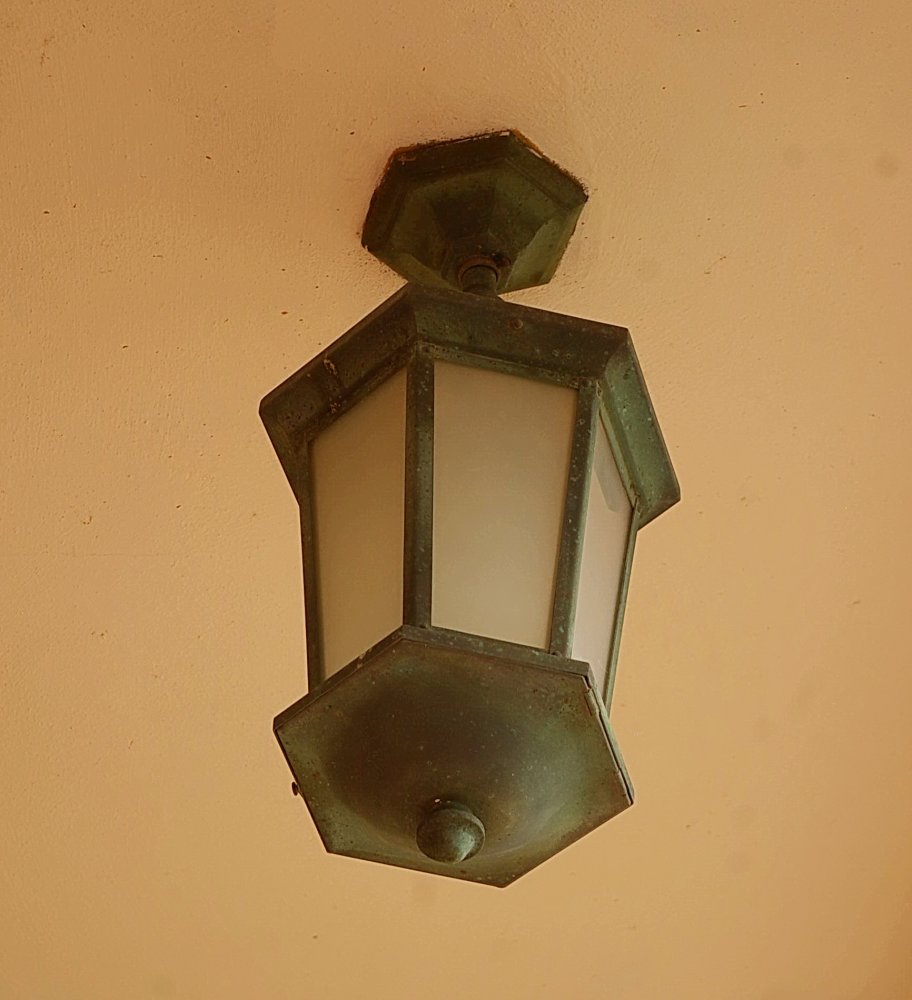 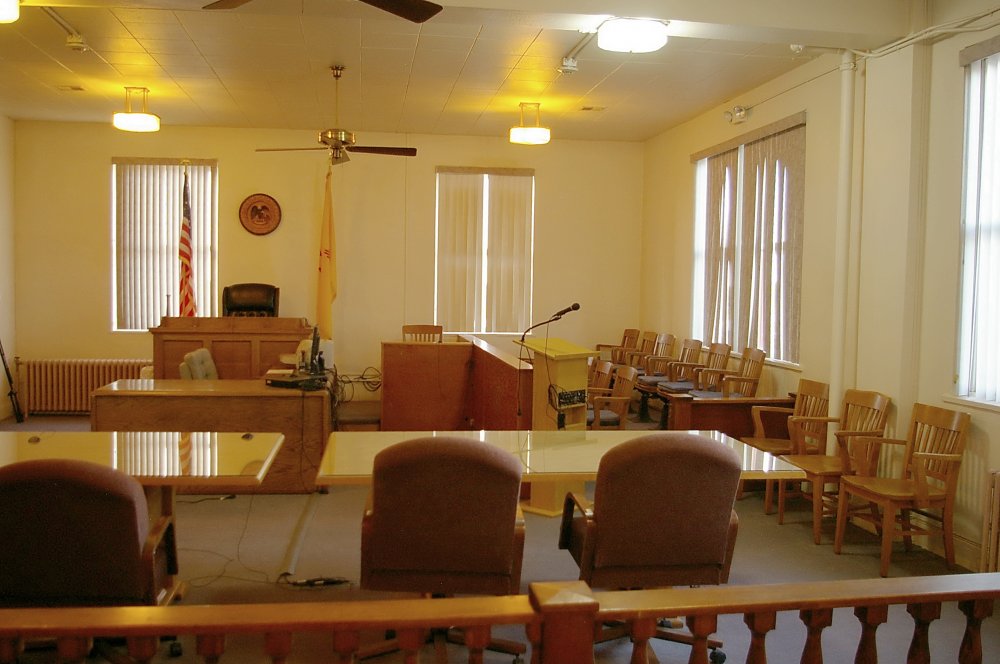 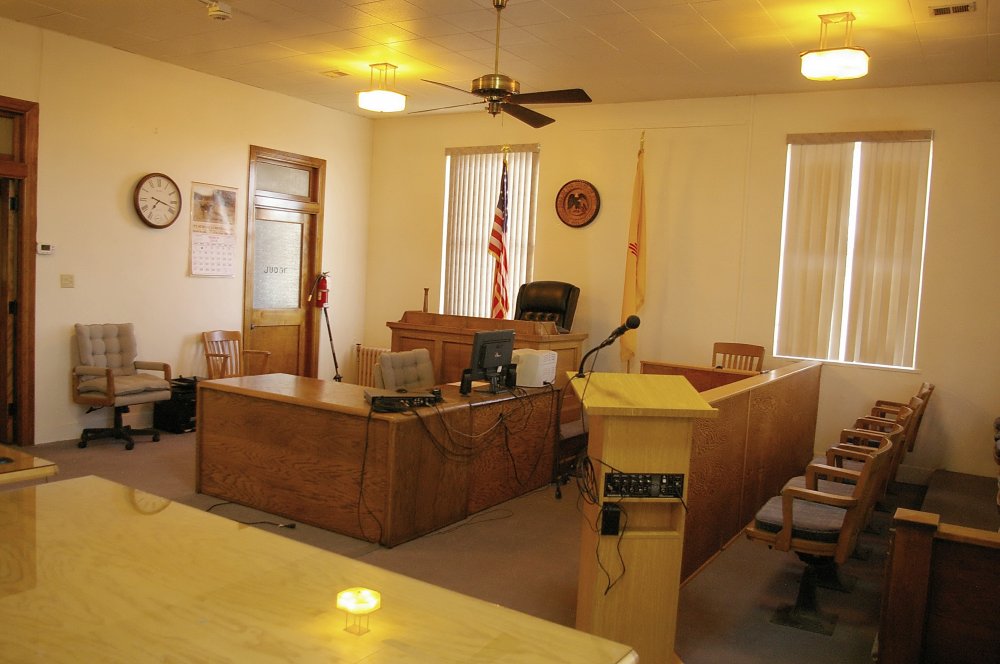 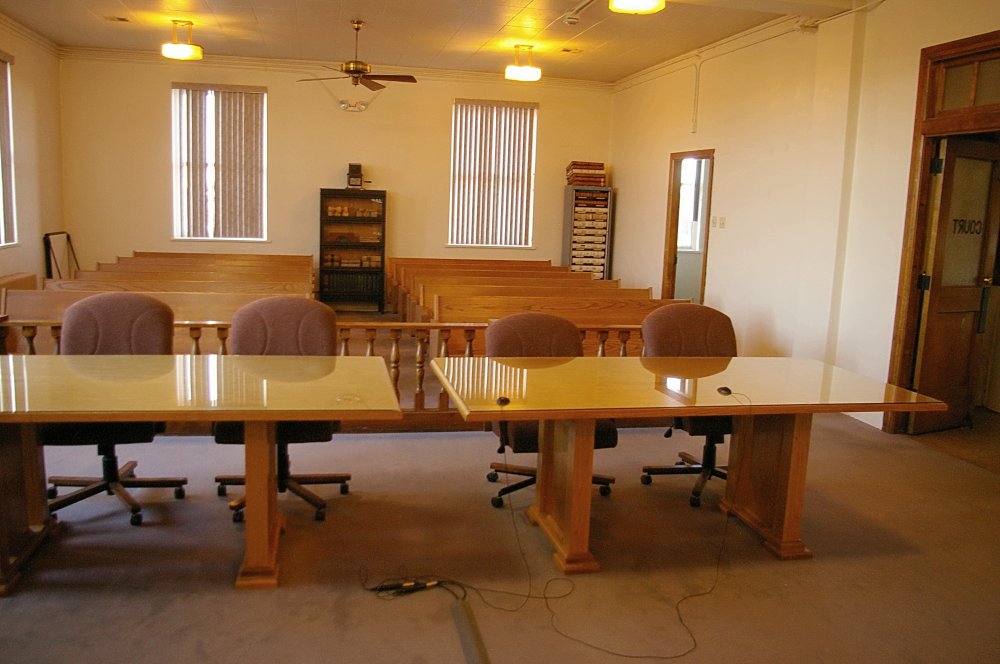 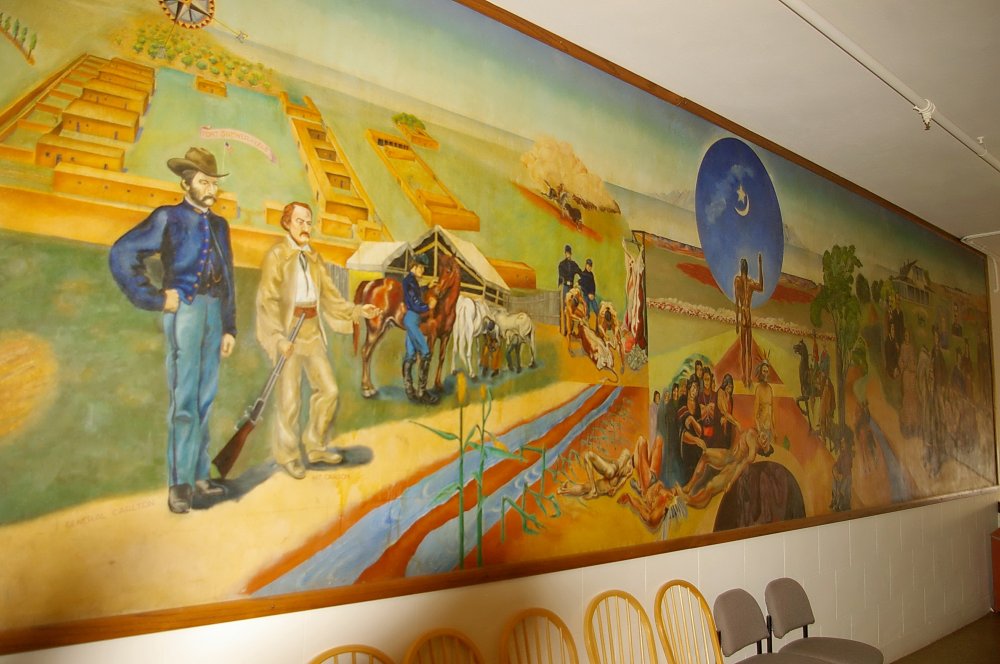 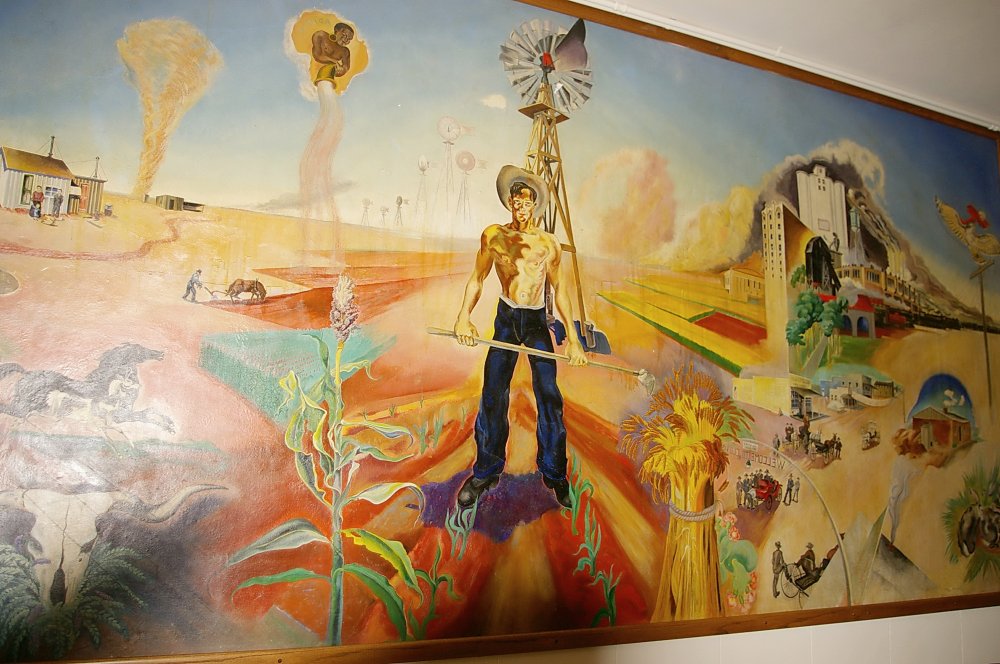 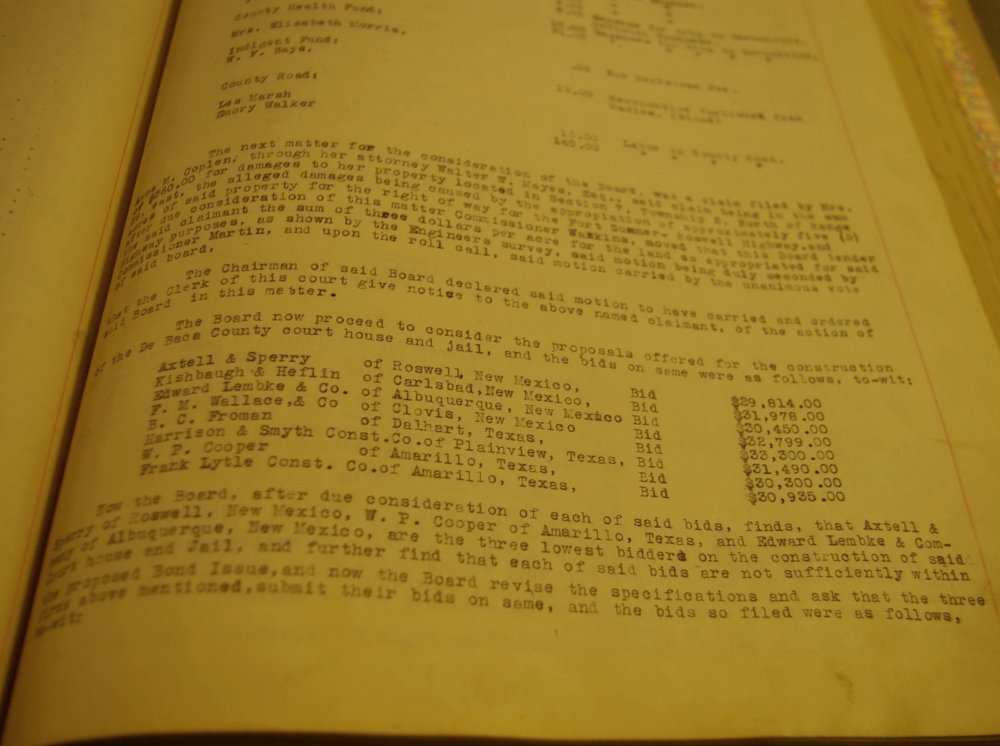 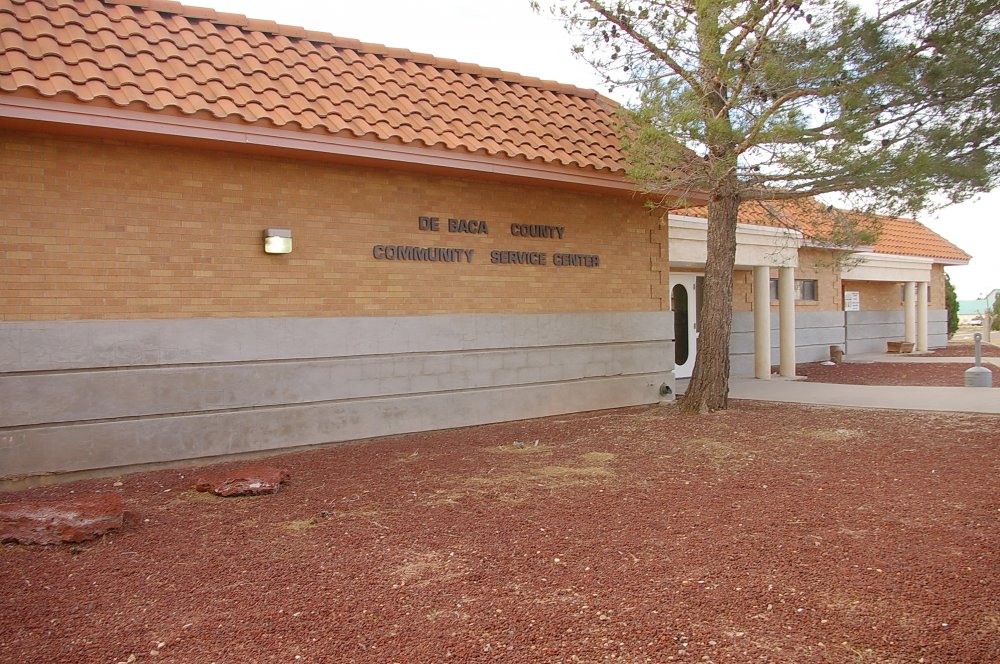 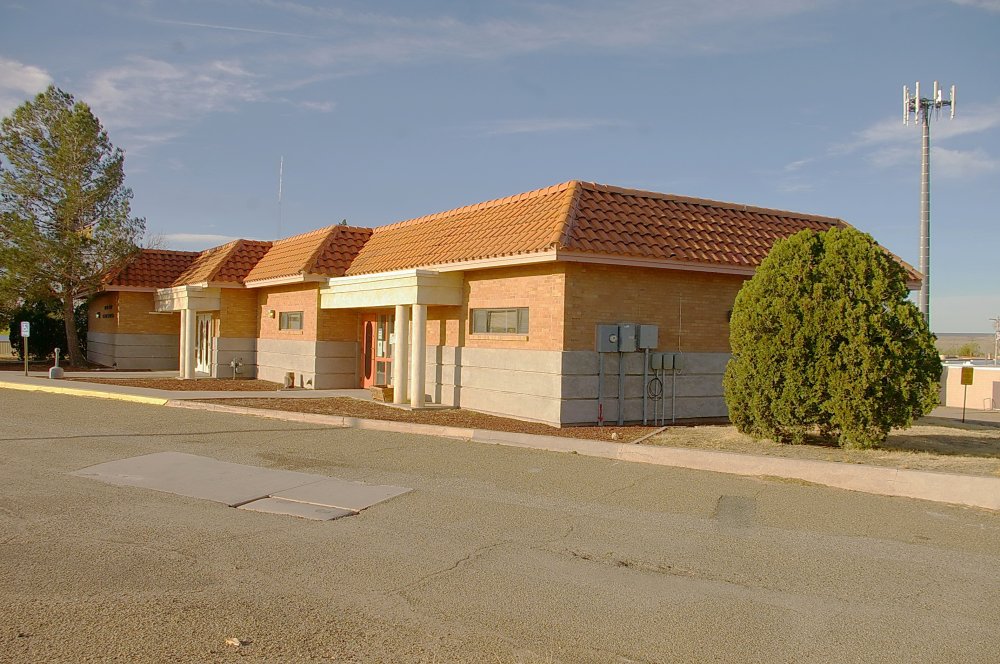 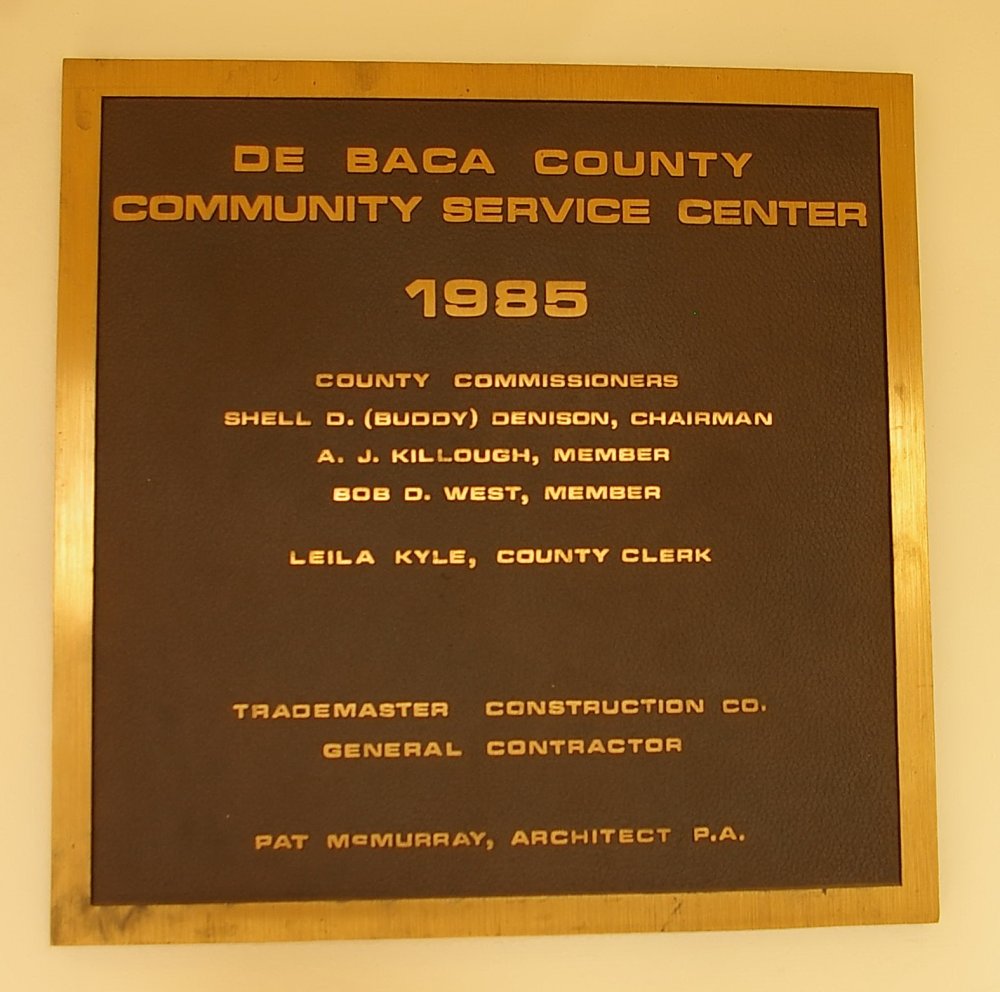 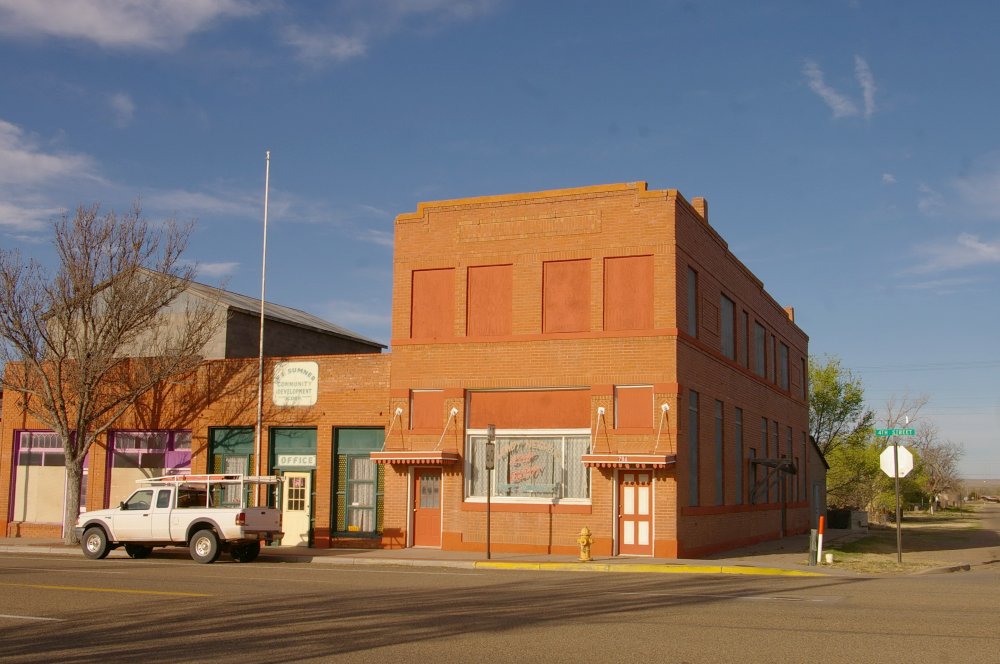 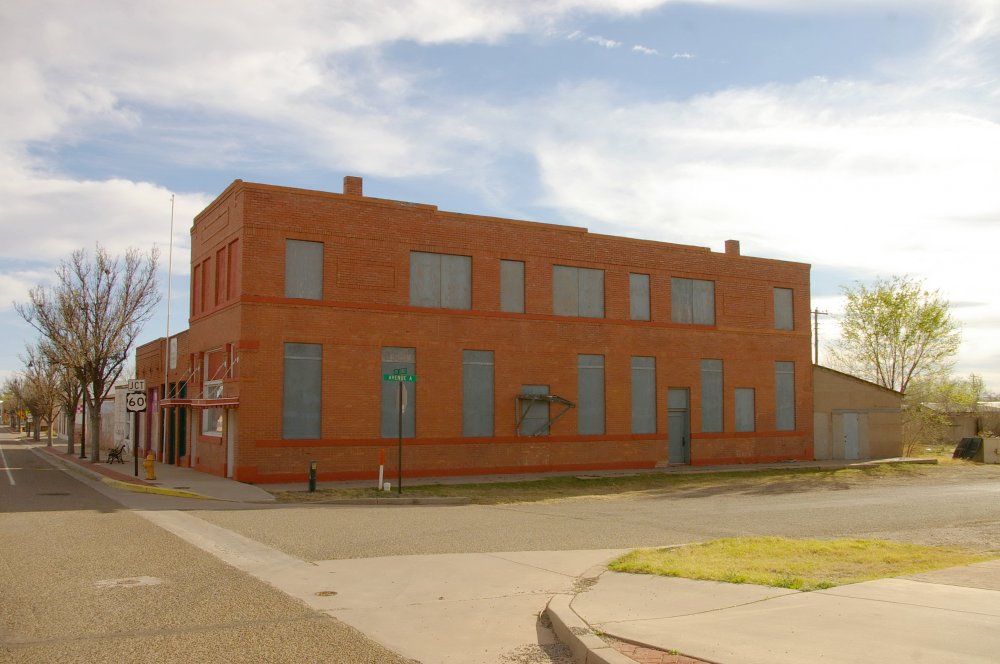